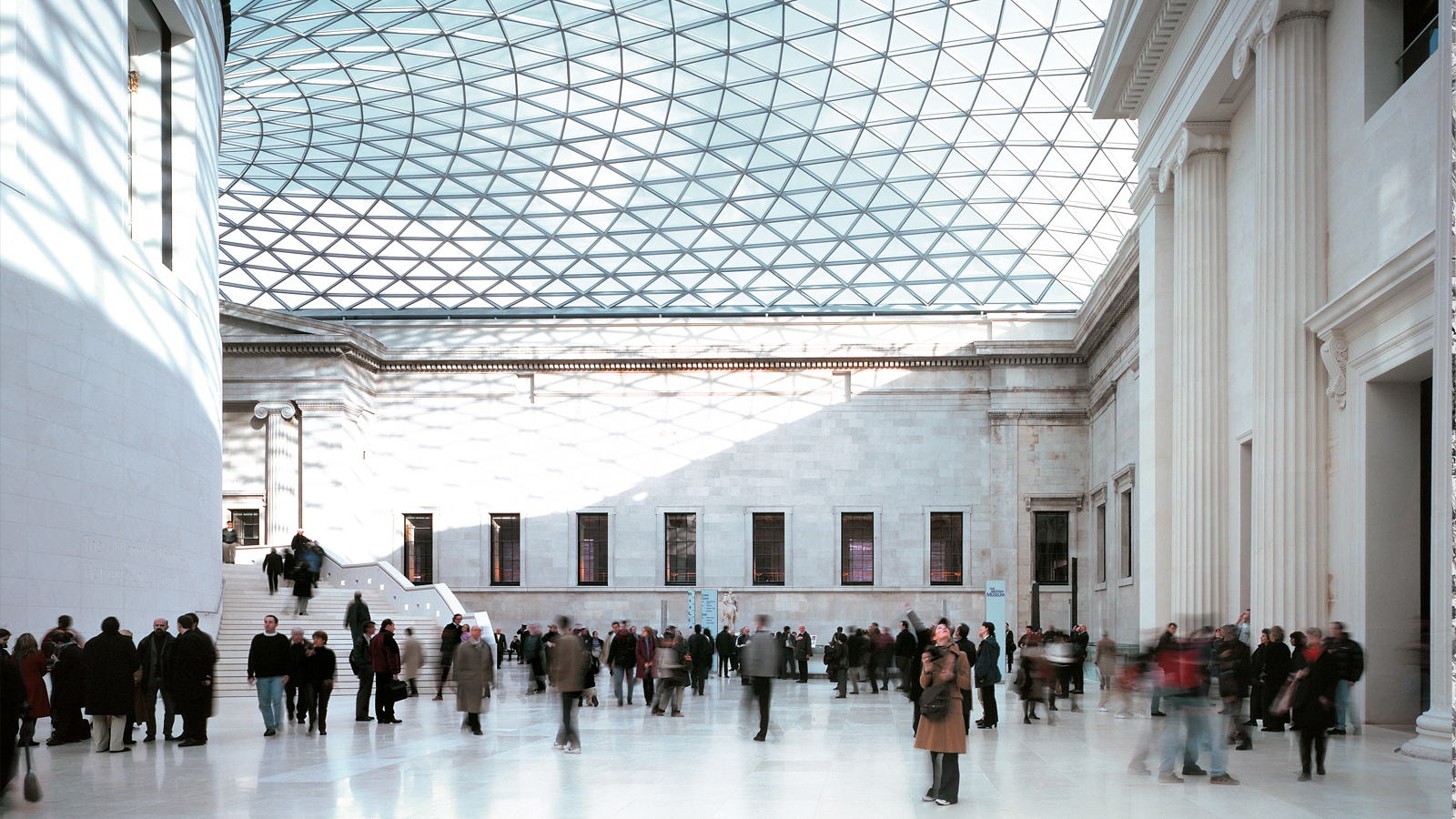 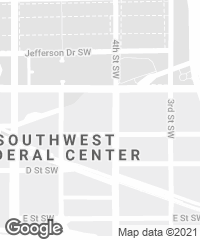 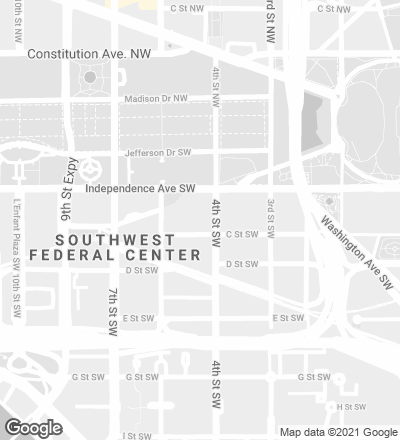 The Smithsonian Institution occupies the former United States Patent Building, described by Walt Whitman as “the noblest of Washington buildings.” Built between 1836 and 1867 by Robert Mills, the Patent Building is the finest example of Greek Revival architecture in the United States and a celebrated part of the capital’s urban fabric. Now designated a National Historic Landmark, the building was rescued from demolition in 1958 by President Eisenhower, who transferred it to the Smithsonian to house the National Portrait Gallery and the Smithsonian American Art Museum.

The enclosure of the building’s grand central courtyard was prompted by a desire to transform the public’s experience of the Smithsonian’s galleries and create one of the largest event spaces in Washington. The courtyard forms the centrepiece of the building’s long-term renovation programme, which included the redesign of the galleries with contemporary interactive displays, the addition of a conservation laboratory, an auditorium and increased exhibition space. Visitors can enter the surrounding galleries from the courtyard, and out of museum hours the space regularly hosts a variety of social events, including concerts and public performances.

Designed to do ‘the most with the least’, the fluid-form, fully glazed roof canopy develops structural and environmental themes first explored in the design of the roof of the Great Court at the British Museum, bathing the courtyard in daylight.

Structurally, the roof is composed of three interconnected vaults that flow into one another through softly curved valleys. The double-glazed panels are set within a diagrid of fins, clad in acoustic material, which together form a rigid shell that needs to be supported by only eight columns. To improve the acoustic conditions, each fin has been covered with absorbent material and steel rods. Developed in collaboration with the landscape architecture practice Gustafson Guthrie Nichol, the interior design of the atrium combines vegetation and layers of water.

Visually, the roof is raised above the walls of the existing building, clearly articulating new and old. Seen illuminated at night, this canopy appears to float above the Patent Building, symbolising the cultural importance of the Smithsonian Institution and giving new life to a popular Washington landmark. 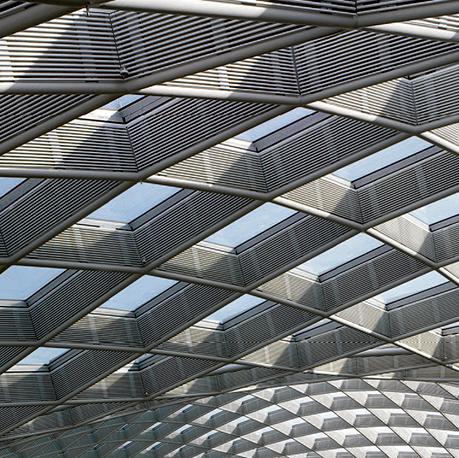 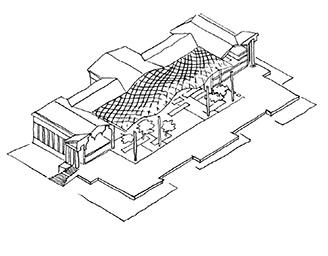 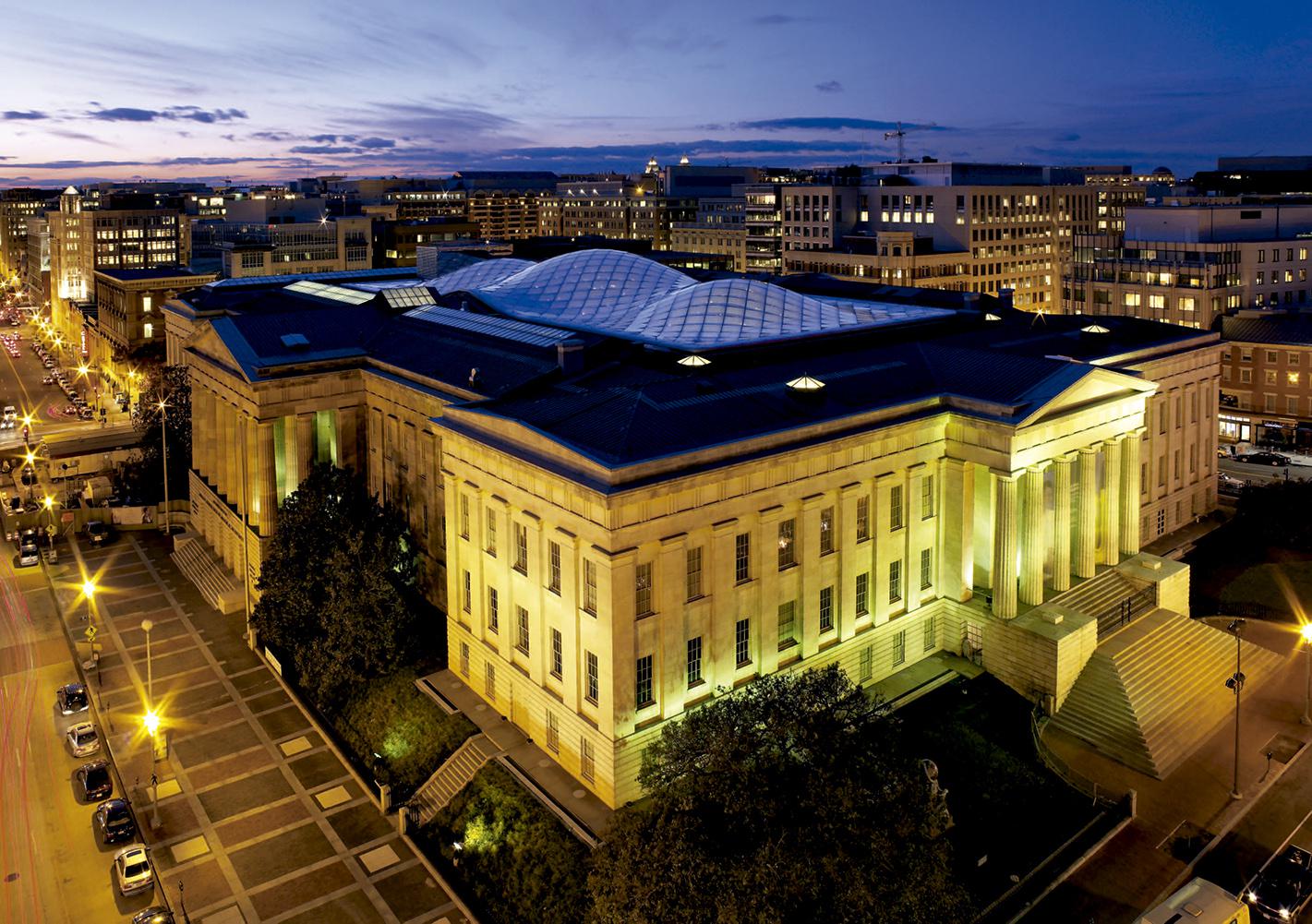 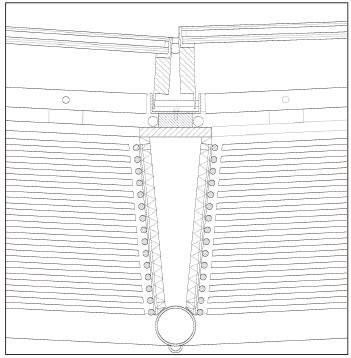 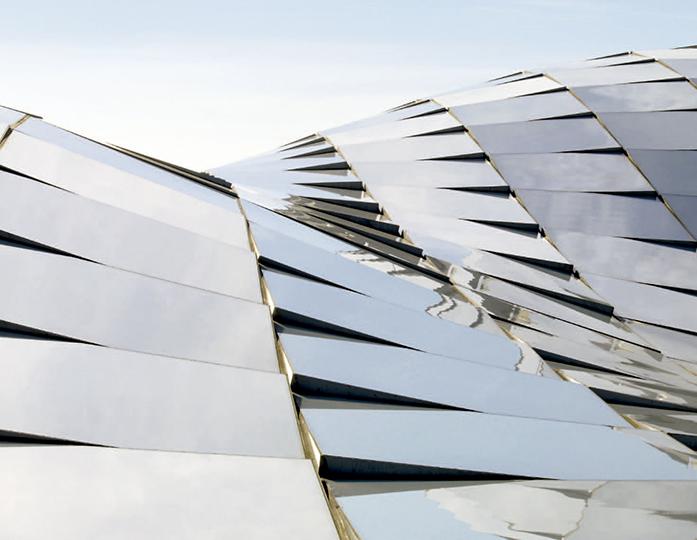 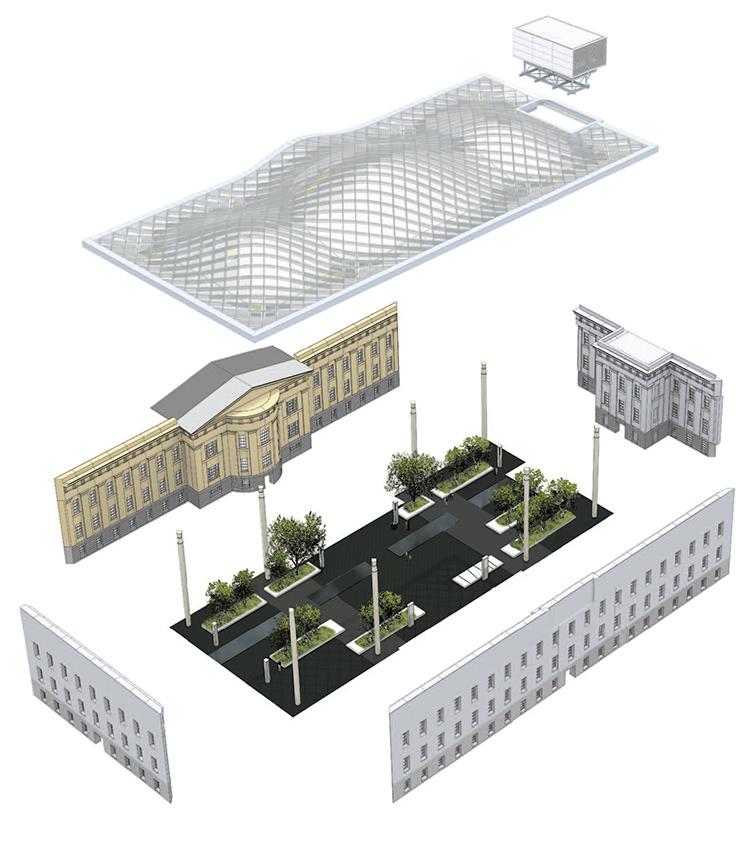 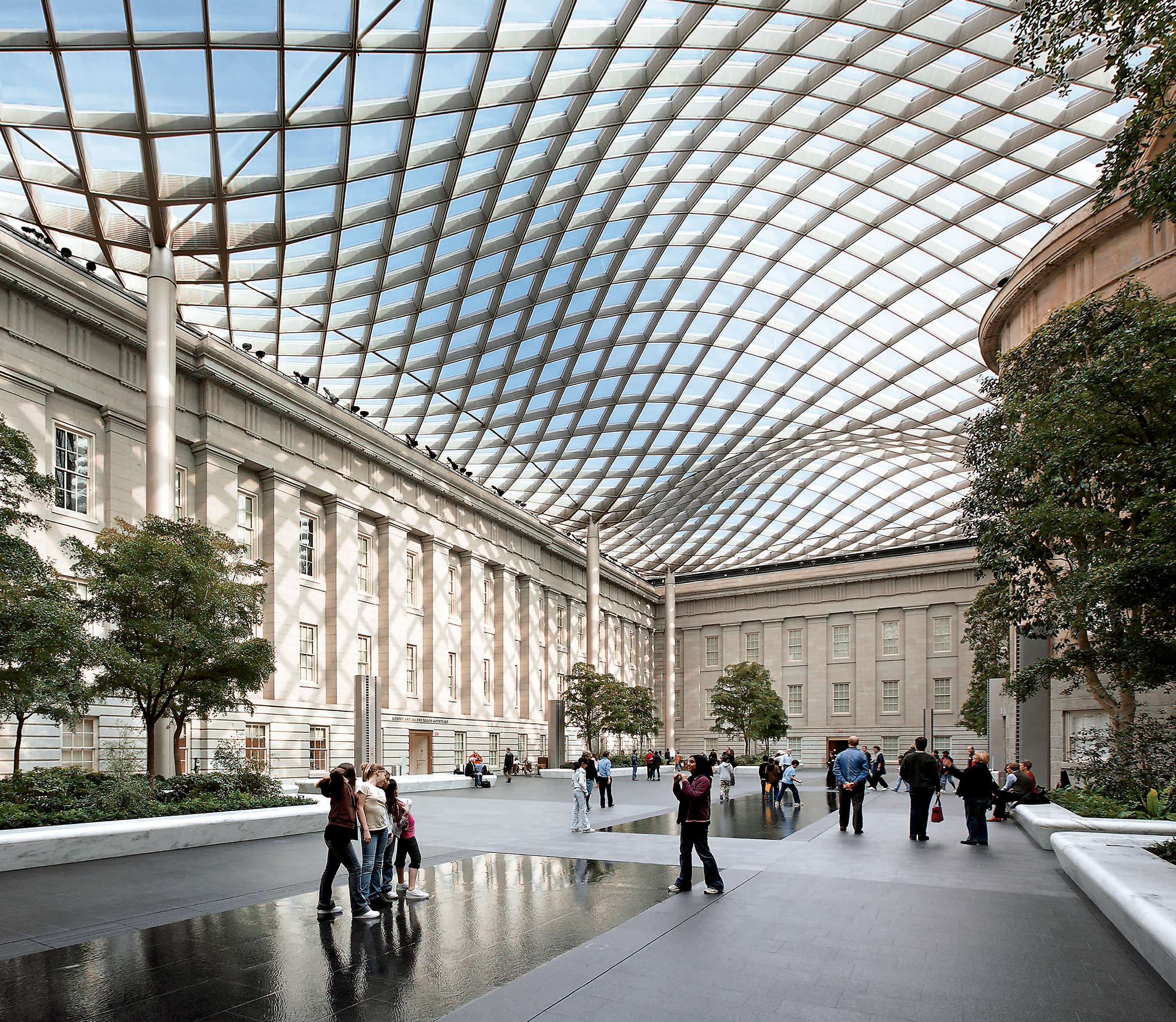 Norman Foster   Canada   The Bow is the first phase of a mixed-use masterplan for the regeneration of two entire city blocks on the east side of Centre Street, a major axis through downtown Calgary. The scope and magnitude of the project offers a unique opportunity to set th

Norman Foster   Japan   Designed for a Japanese collector of modern and Buddhist art, this house was conceived as a contemporary retreat with traditional influences. The house occupies a site rich with historical associations, including a Shinto shrine and man-made caves th