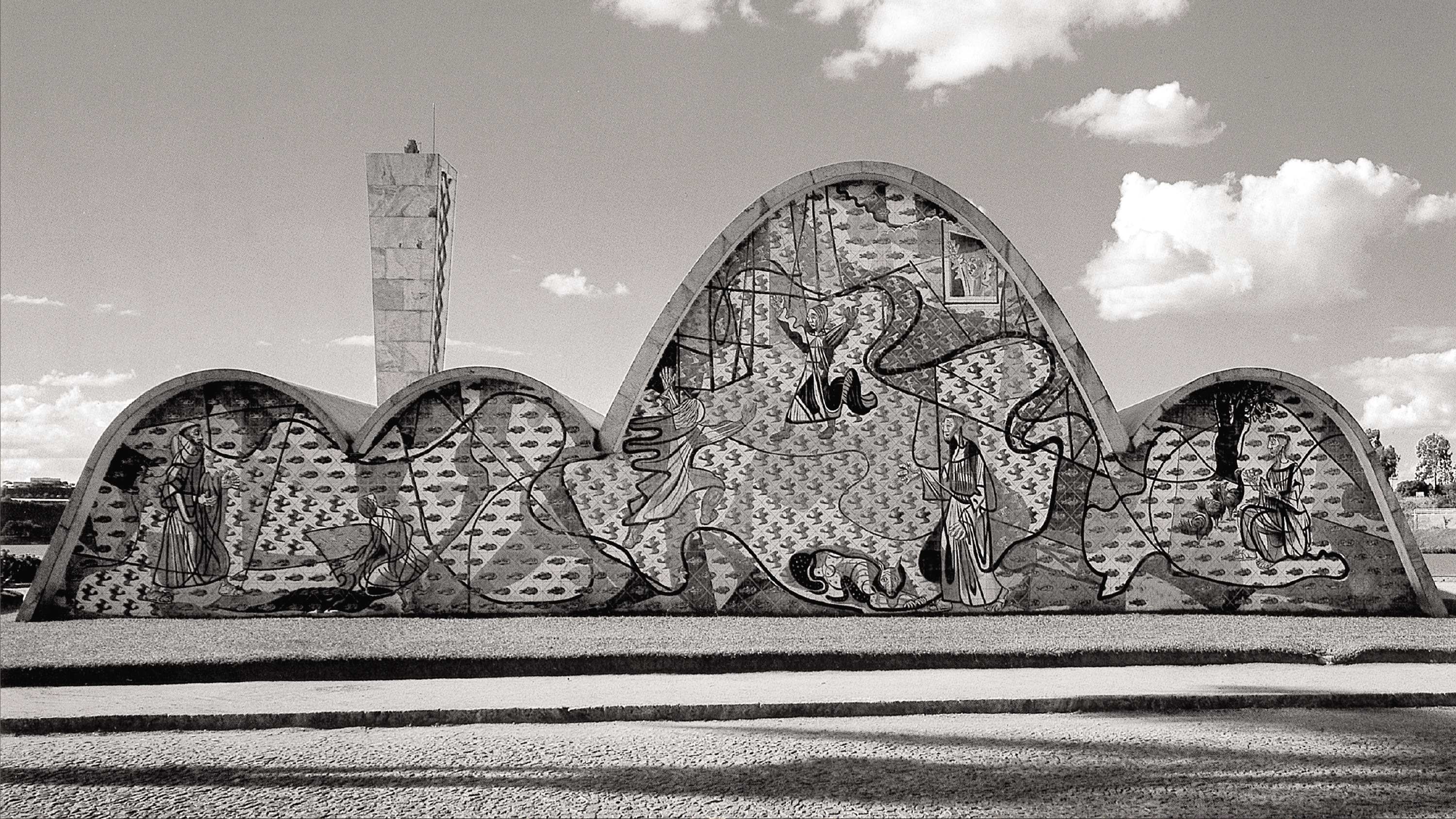 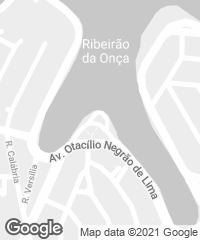 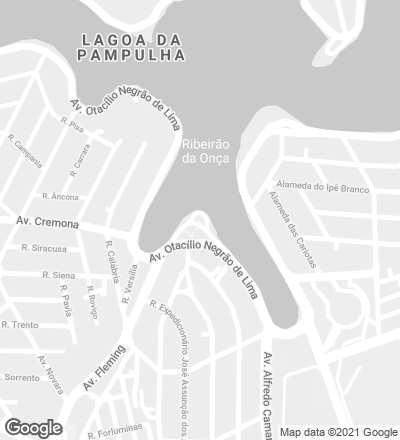 The south american postwar has little to do with the European one. Whereas the Old World bore witness to a return to the basic and biblical religiousness – in a society shaken to its foundations and in need of a new Christian humanism after the hecatomb –, the New World found reasons to cele - brate. The South American states, allies by force of the victorious North, enjoyed good health and a subsidiary optimism that could afford to maintain the experiment of modernity without too much so - cial tension, and without having the necessity to redefine postwar ethics. Perhaps the tile murals of the ceramist Portinari – with their images of Saint Francis and their thick trace that come from the deep-rooted tradition of Portuguese churches and palaces – are connected with the primitivist and naive shapes of the pietà that will become popular in the European continent.

The Óscar Niemeyer of the mid-forties seemed to enjoy giving shape to the buildings of the complex raised by Lake Pampulha, designed as an area of leisure in a new and exclusive residential develop - ment on the outskirts of Belo Horizonte, with the input of the local tycoons of politics and finance. The church building goes up on the lake shore, along with the casino, the yacht club or the ballroom house, all exponents of Niemeyer’s lively Interna - tional Style, which was bound to evolve strongly; he had not yet joined the Communist Party, but when he did, he would by no means give up the religious commission and devoted himself to the construction of another architectural and religious landmark: the cathedral of Brasilia, this time less fresh and more monumental, but easier to imitate and inter - pret.

The Brazilian architect sees the church as a for - mal opportunity, through a sculptural intuition that will give way to several combinations of form. The liturgical program in a church that is almost an architectural ornament of the lake in a modern neighborhood is perceived as an excuse to test the space beneath the undulating concrete slab. The lights between the two domes and the asymmetrical composition produce amazing effects, as well as an unprecedented sensation of lightness and mobility; a great skill that will not always be found in poste - rior generations of undulating or folded concrete slabs. In Pampulha, the roof has the elegance of Jean Arp and the grace of the serape of ‘The Three Knights’ of Disney, with neither the prejudices nor the engineering exhibits that will come later with Eduardo Torroja or Félix Candela, and without the ecclesiastic calling of Eladio Dieste...[+]

Oscar Niemeyer   Brazil   The idea of building this museum, first called Novo Museu and later rebaptized Oscar Niemeyer Museum, was conceived in 2001, when the Guggenheim Foundation decided to build a branch in Brazil. The capital of the Brazilian state of Paraná rose as cand

Oscar Niemeyer   Italy   Giorgio Mondadori invited Niemeyer to build the headquarters of his company, a publishing house, in Segrate, a town on the outskirts of Milan. Located along the road to Verona and close to the airport of Linate, Segrate already had several office com

Oscar Niemeyer   United States   Even before the new building for the Ministry of Education and Health was ready, Oscar Niemeyer’s creativity was already clear in the team. Proof of this is that Lucio Costa gave him another big opportunity: after winning in the competition for the B

Oscar Niemeyer   Spain   Equidistant from Gijón and Oviedo, Avilés is the third largest city of Asturias population wise, and its name has been associated, since the late 19th century, but above all since the second half of the 20th, with the industrial sector. This field wa

Oscar Niemeyer   France   Located in the suburbs of Paris, towards the northeast, the Labor Exchange of Bobigny was the first structure built for this type of program in France. The complex, with an irregular design, goes up in a privileged location of the city, facing a junc

Oscar Niemeyer   Brazil   Oscar Niemeyer’s capacity to create icons is unquestionable: the Contemporary Art Museum of Niterói is perhaps the most recent example of the ‘Niemeyer effect’. Separated from Rio de Janeiro by Guanabara Bay, the city of Niterói was a gloomy place, o

Oscar Niemeyer   Brazil   Considered a landmark of Brazilian architecture, the building is surrounded with symbolism and controversy. Symbolism because it was the first to use modern architecture as metaphor of Brazil’s political and economic transformations, initiated with t 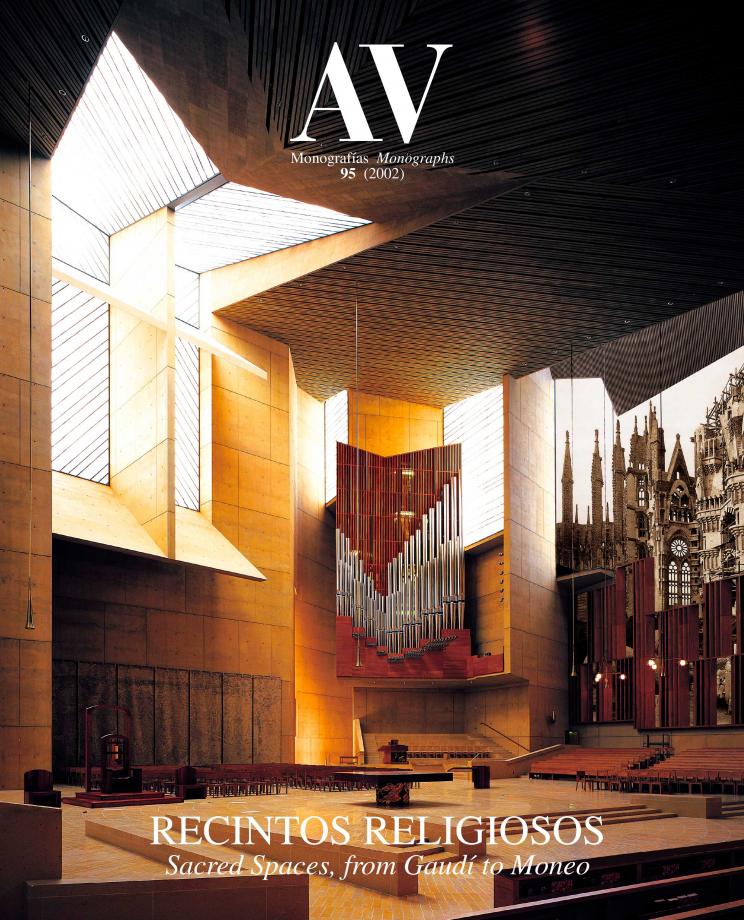