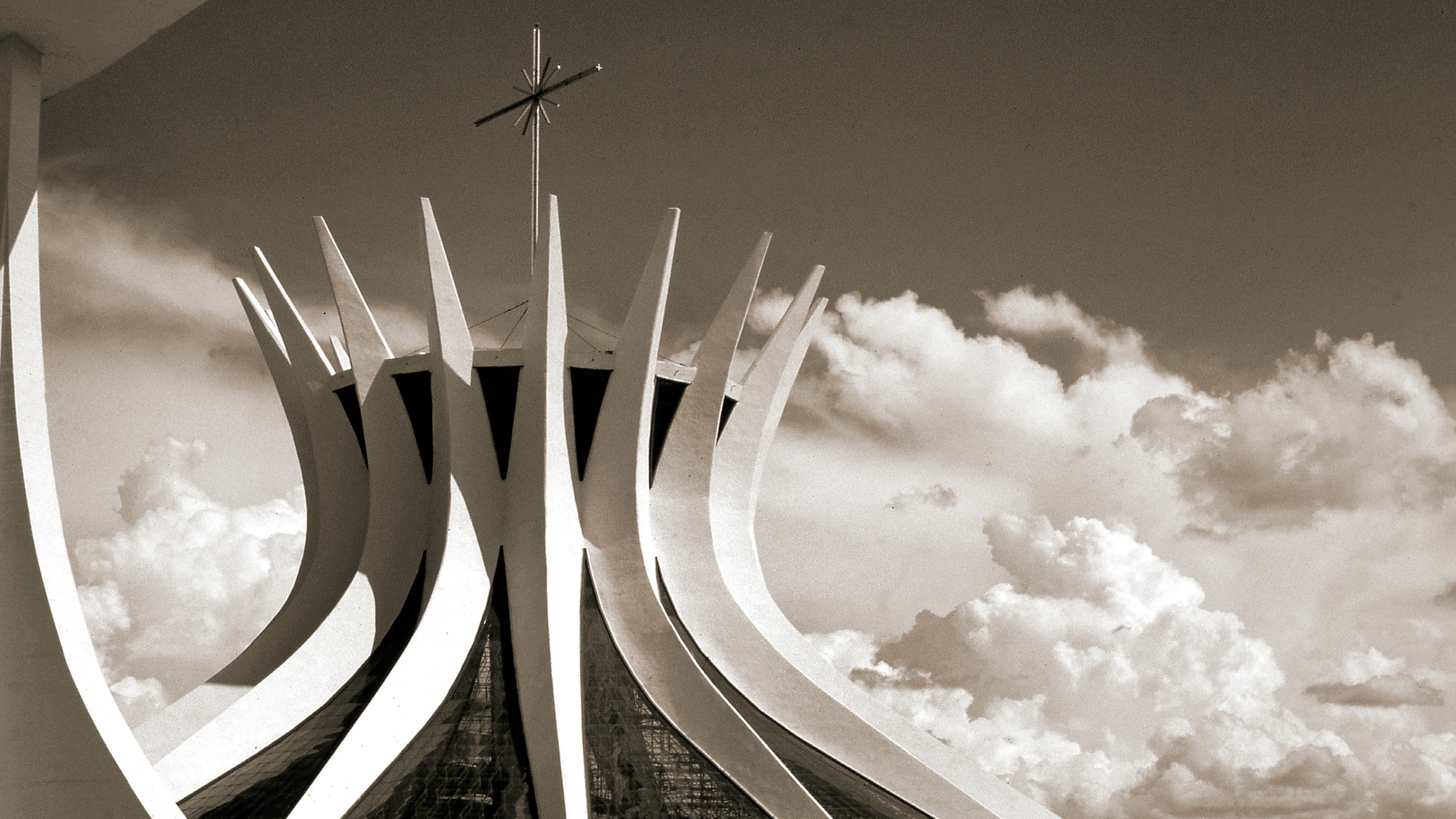 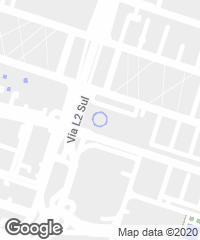 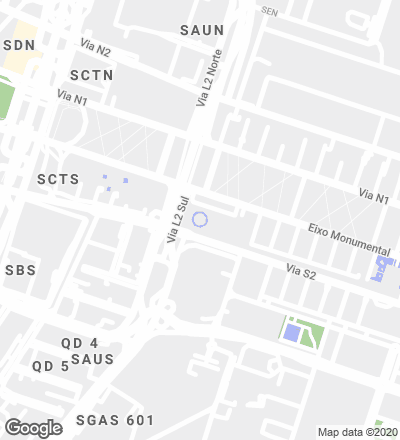 Surrounded with symbolism, like any religious building, the Cathedral of Brasilia – whose official name is Catedral Metropolitana Nossa Senhora Aparecida – is one of the most expressive pieces in the capital. It is located in a secondary area of the master plan, showing that, unlike in the colonial period, during which religious structures had strategic positions in Brazilian cities, the Catholic Church no longer represented one of the central powers in Brazil, the country with the largest Catholic population.

Though the architect is a professed atheist, the space conveys religious emotion and is at once spectacular and simple, strengthened by an access in promenade architecturale: a dark tunnel leads the visitor to the interior of the circular aisle of 70 meters in diameter, at a lower height with respect to the exterior level; with the pupil dilated by darkness, the visitor walks some meters in the direction of light – almost as if metaphorically they were entering in search of spirituality – and, when they finally reach the cathedral proper, which is in essence a concrete and glass dome bathed by light, the visitor’s eye opens up to a magical space. The sixteen structural pieces of concrete of the roof – which, symbolically, can refer to the idea of the crown of thorns of Christ – have a parabolic section, and rest one upon the other leaving space between glass-filled columns. Given the difficulty in sealing the glass sheets, the cathedral was unfinished for years and, still, the image of the structure has appeared on the cover of dozens of architectural publications.

In 1987 Niemeyer was convened to rebuild the cathedral. At that time, the exposed concrete structure was painted white and fiberglass stained-glass windows designed by the plastic artist Marianne Peretti, who collaborated in several projects by the architect, were installed under the glass sheets of the dome. Furthermore, the bronze sculptures of the Four Evangelists, measuring four meters in height and designed by Alfredo Ceschiatti, recall the prophets by the Brazilian sculptor Aleijadinho in the municipality of Congonhas, in the state of Minas Gerais. The cathedral also has the angels by Ceschiatti,which hang under the dome, and works by the Brazilian painter Di Cavalcanti (who created the Via Sacra) and by Athos Bulcão (author of the glazed ceramic tiles of the baptistry). Next to the main building there are side structures: the ovalshaped baptistry and the bell tower, whose four bells were donated by the Spanish government... [+]

Oscar Niemeyer   Brazil   The construction of the auditorium of Ibirapuera Park has a long history: it was the only unbuilt structure from those included in the original project, completed in 1954, to celebrate the fourth centennial of the city of São Paulo. After several att

Oscar Niemeyer   Brazil   The Planalto Palace (seat of government, where the President of the Republic meets with advisors and visitors) and the seat of the Federal Supreme Court (the highest authority of the judicial power) compose, with the National Congress, the Praça dos

Oscar Niemeyer   Brazil   Conceived during the term of the Mayor of Belo Horizonte at the time, Juscelino Kubitschek (JK), the Pampulha complex was finished after nine months of construction works. The politician, after inviting the French urbanist Alfred Agache and being dis

Oscar Niemeyer   Brazil   Oscar Niemeyer’s capacity to create icons is unquestionable: the Contemporary Art Museum of Niterói is perhaps the most recent example of the ‘Niemeyer effect’. Separated from Rio de Janeiro by Guanabara Bay, the city of Niterói was a gloomy place, o

Oscar Niemeyer   Brazil   Alter the compound called Catetinho, which served as temporary accommodation during the visits of Juscelino Kubitschek to the capital, the Alvorada Palace was the first structure to be raised in the city of Brasília. The project was finished prior to

Oscar Niemeyer   Brazil   Considered a landmark of Brazilian architecture, the building is surrounded with symbolism and controversy. Symbolism because it was the first to use modern architecture as metaphor of Brazil’s political and economic transformations, initiated with t

Oscar Niemeyer   Brazil   Of colossal proportions, the Memorial to Latin America was built by governor Orestes Quércia whom, at that time, had political ambitions of being chosen President of the Republic. Though his political project failed, he left as testimony this complex 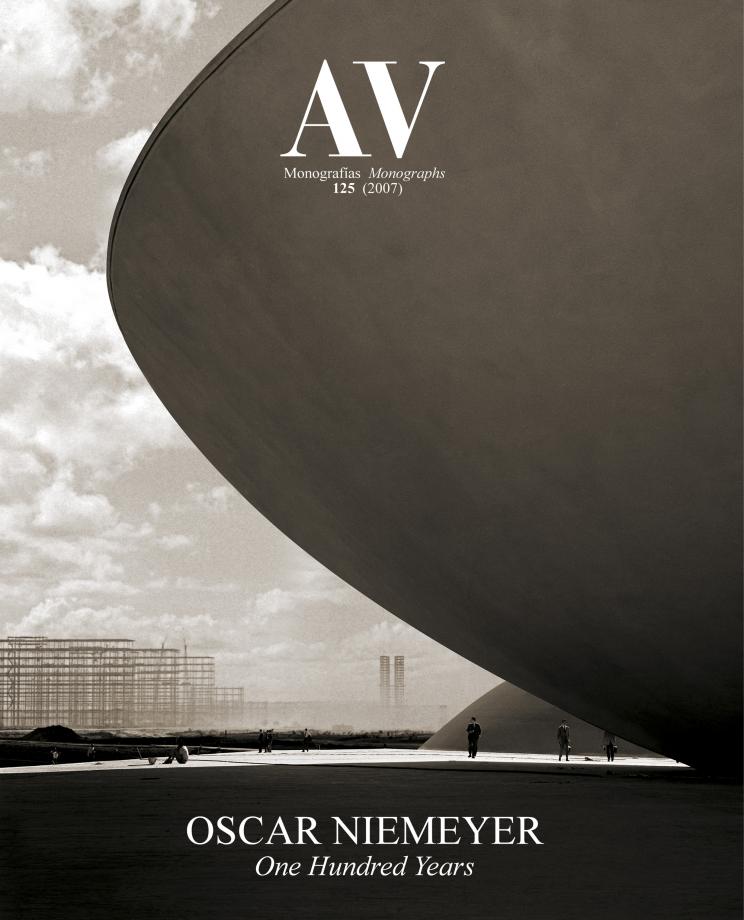