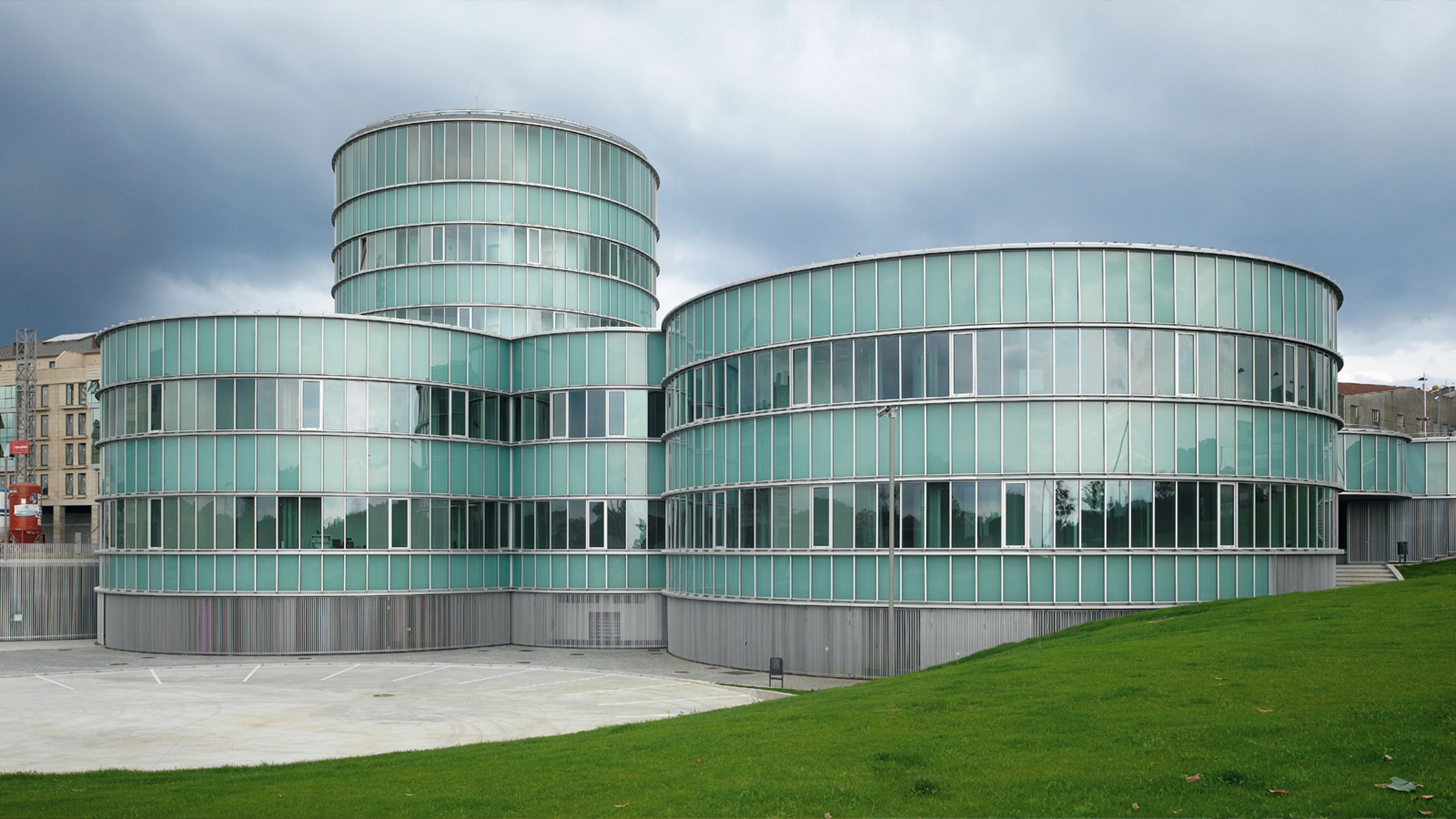 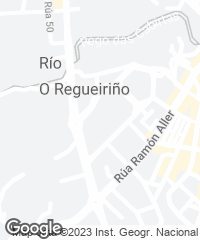 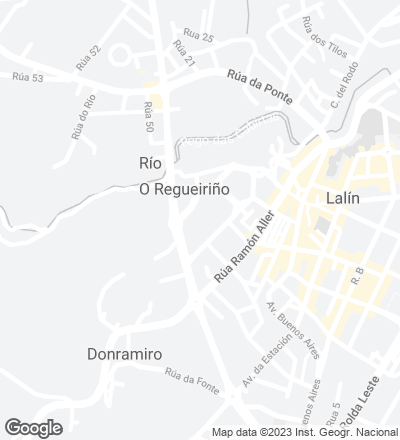 THE PROPOSAL for the Lalín Town Hall moves between precision and probability, building an antimonumental structure in which, as with clouds, each one can recognize the changing forms starting from personal references, so that collective identification – one of the main objectives of architecture when it deals with public spaces and buildings – occurs thanks to the diversity of personal interpretations: it is a ‘technological fortress’, color clouds, a civic palimpsest, a textile pattern, etcetera. 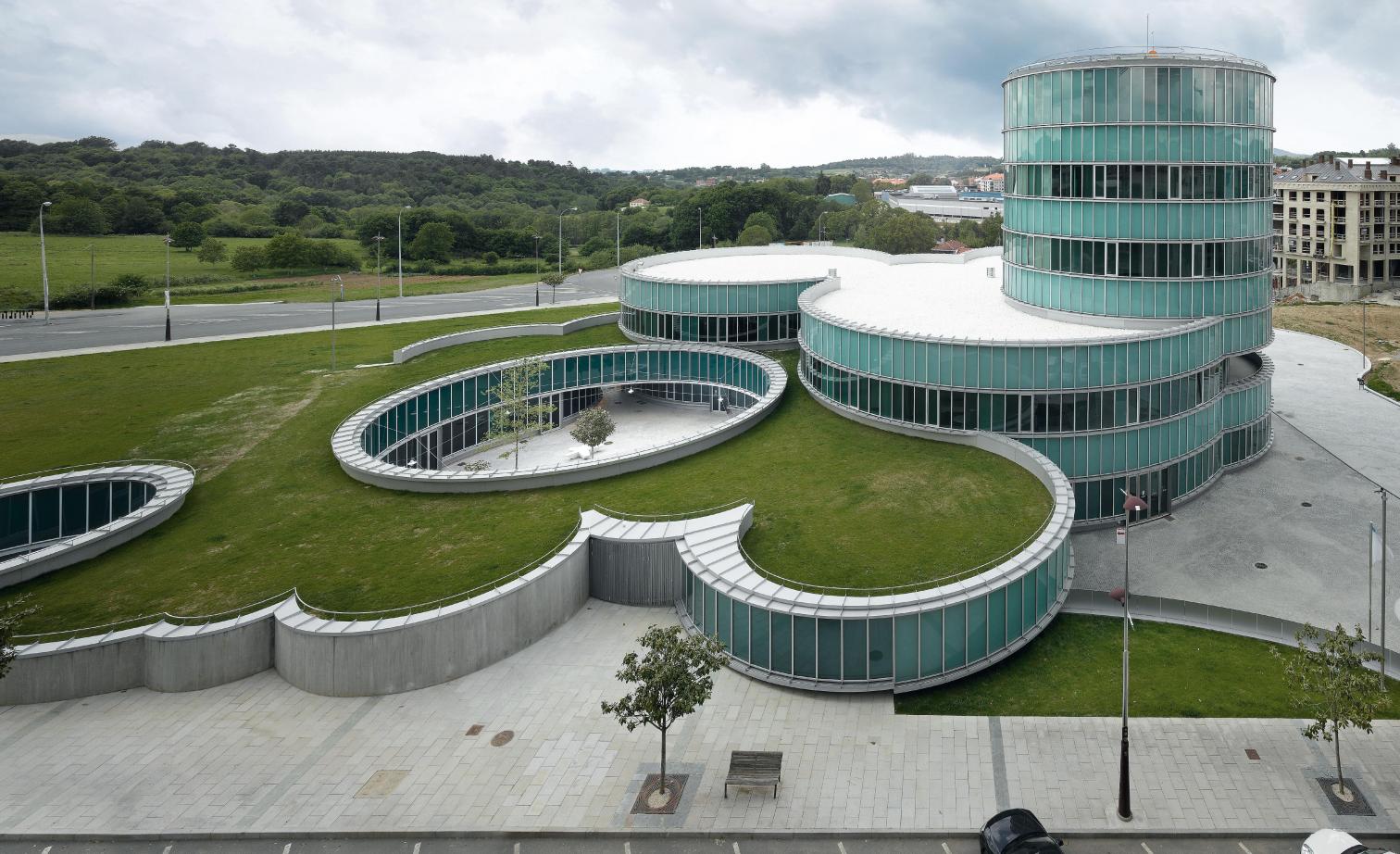 The design proposes  a group of circular volumes of different heights and diameters, configuring an open and non-hierarchical structure in which users can establish a variety of formal associations.

The design proposes an open structure, almost a mathematical field that establishes behavior systems and underscores the dialogue with the environment instead of an indifferent autism, choosing a scattered scheme rather than a compact one, transparency rather than opacity, blurred instead of limited boundaries. The idea, all in all, is to generate a non-hierarchical structure in both architectural and social terms. 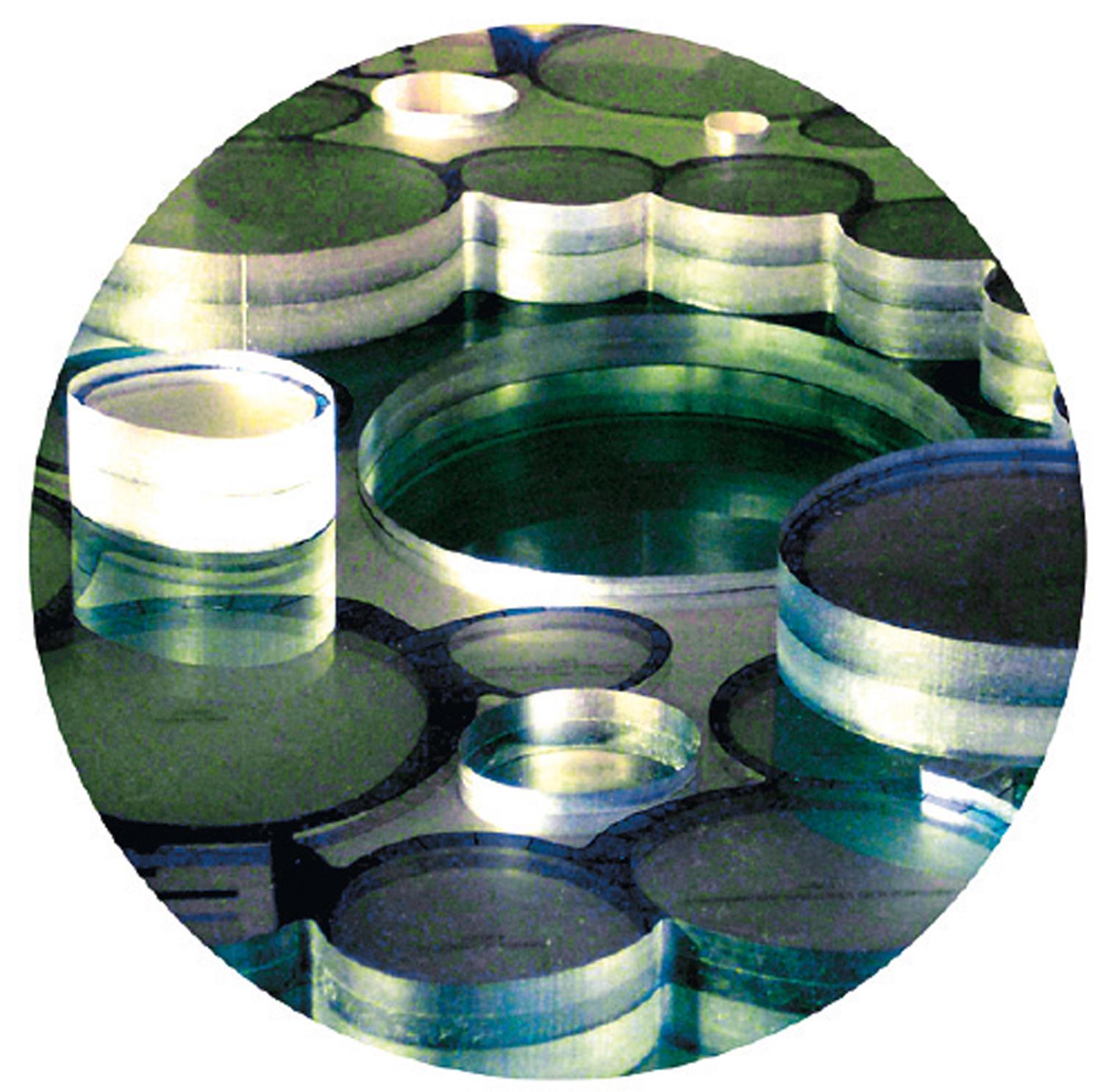 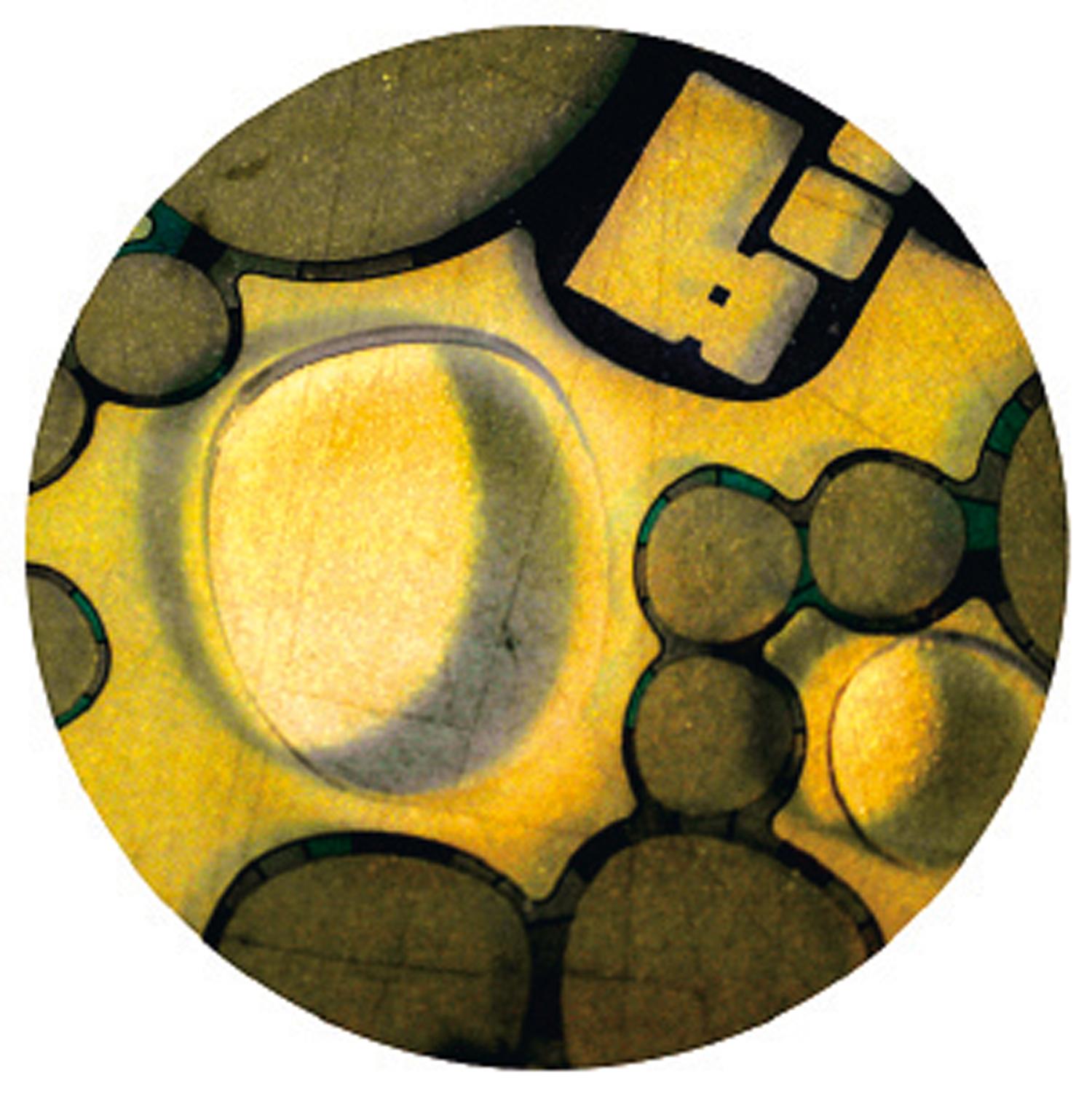 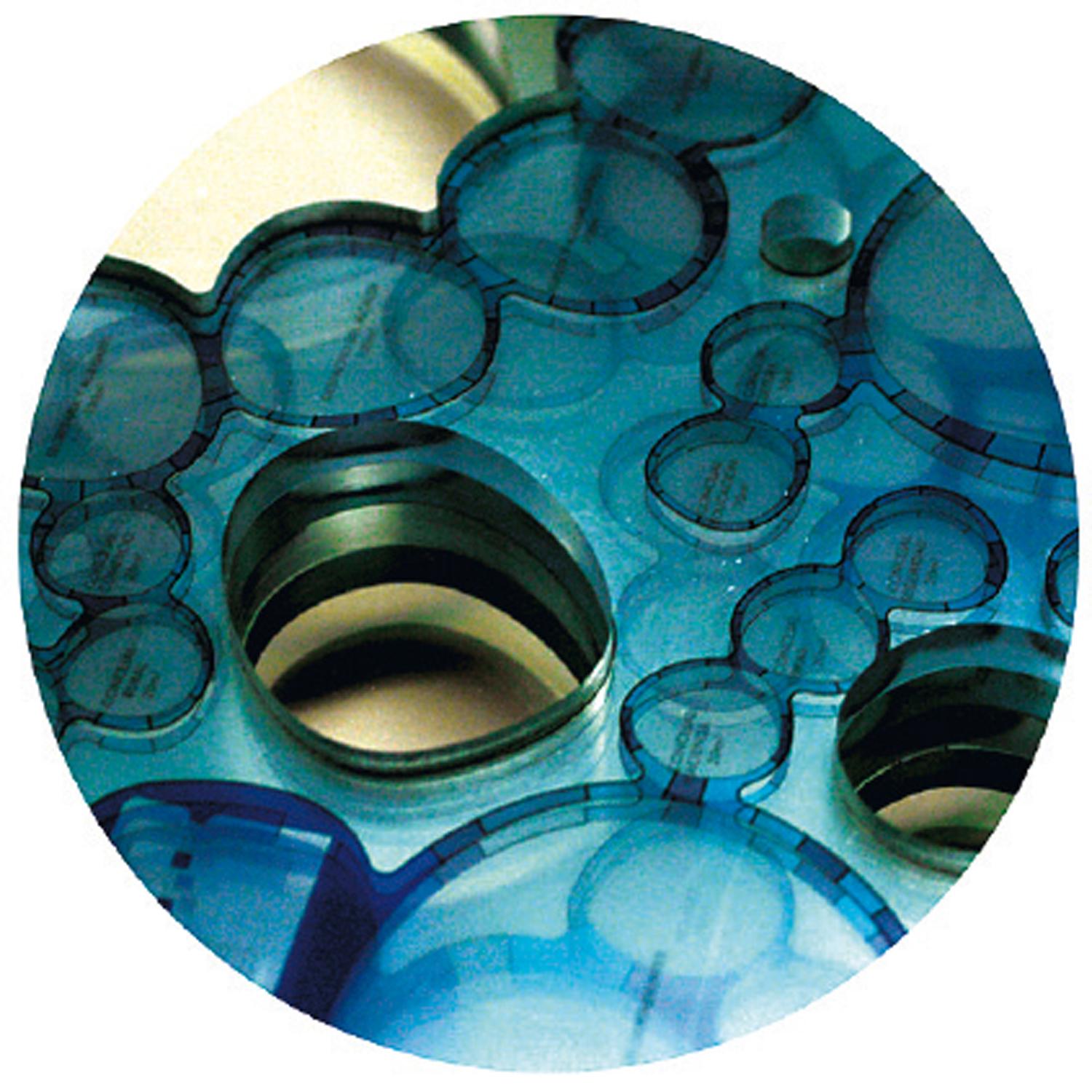 The complex adapts its staggered section to a sloping site. The floor plan is conceived as a group of circular forms of different sizes that surround a public plaza from which one accesses the complementary facilities on one side – radio, multipurpose hall, kindergarten, post office, bank – and the Town Hall premises proper on the other. Inside, the different rooms are inscribed within reinforced concrete cylinders, among which emerges a free-flowing communication space. 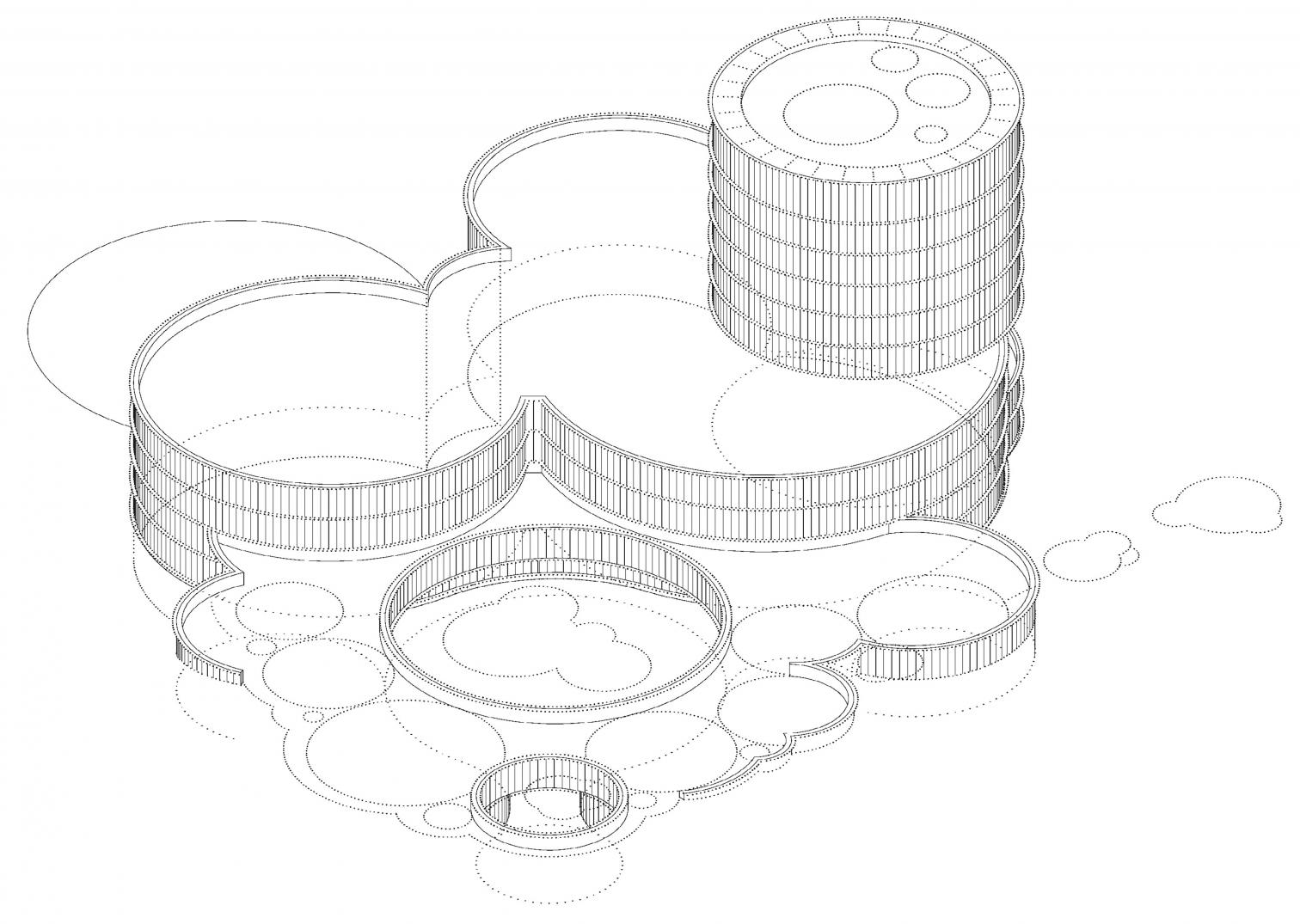 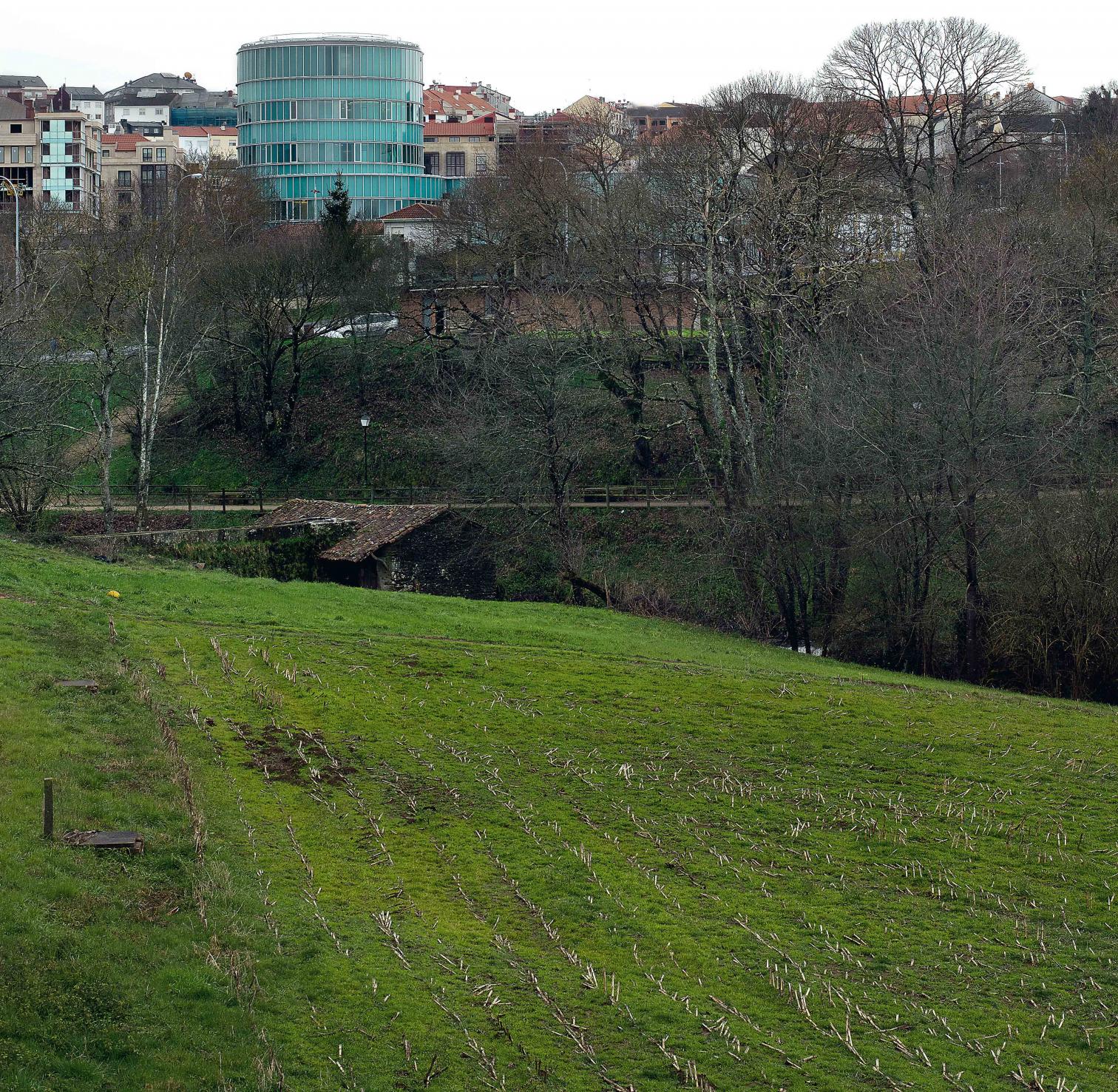 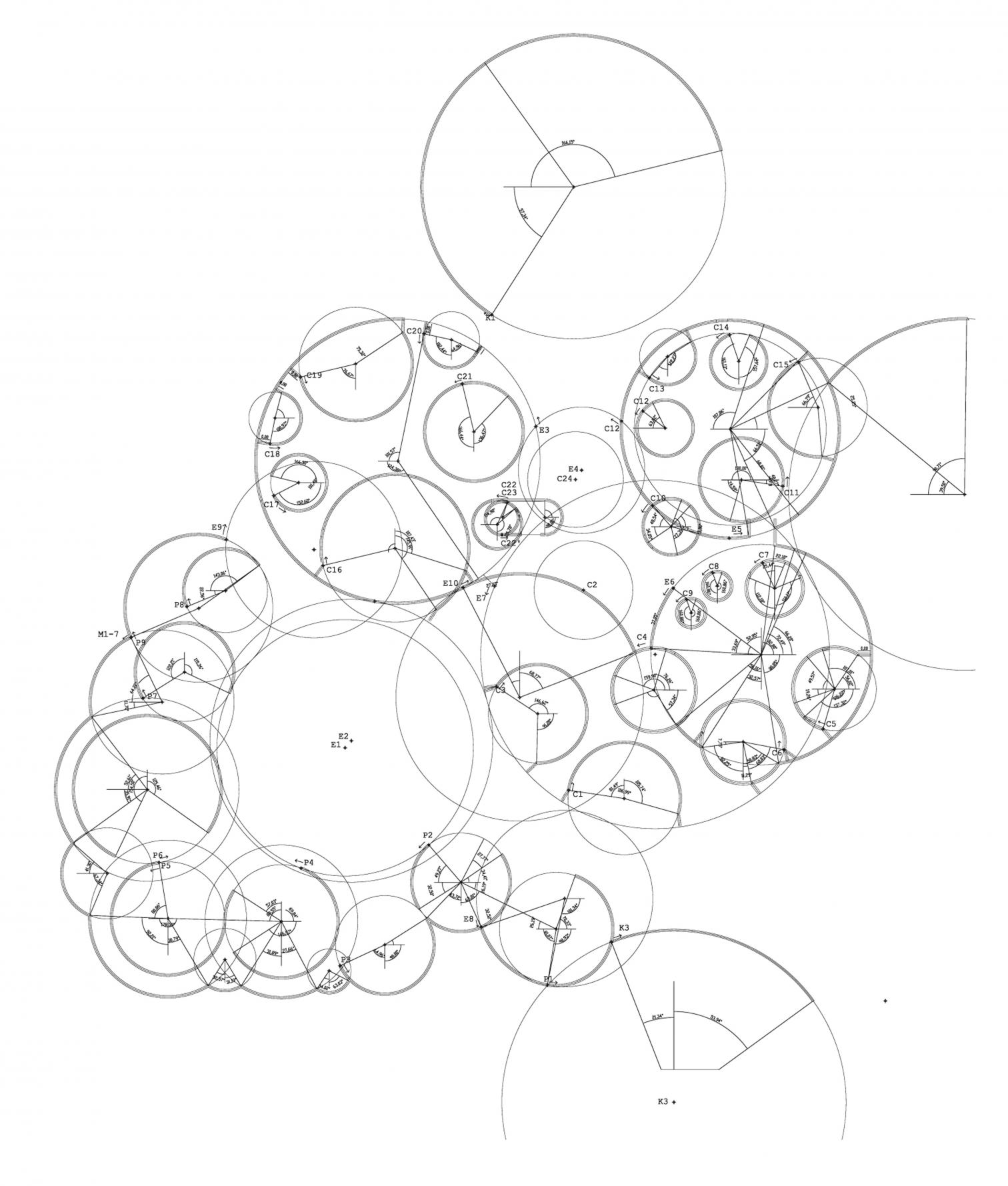 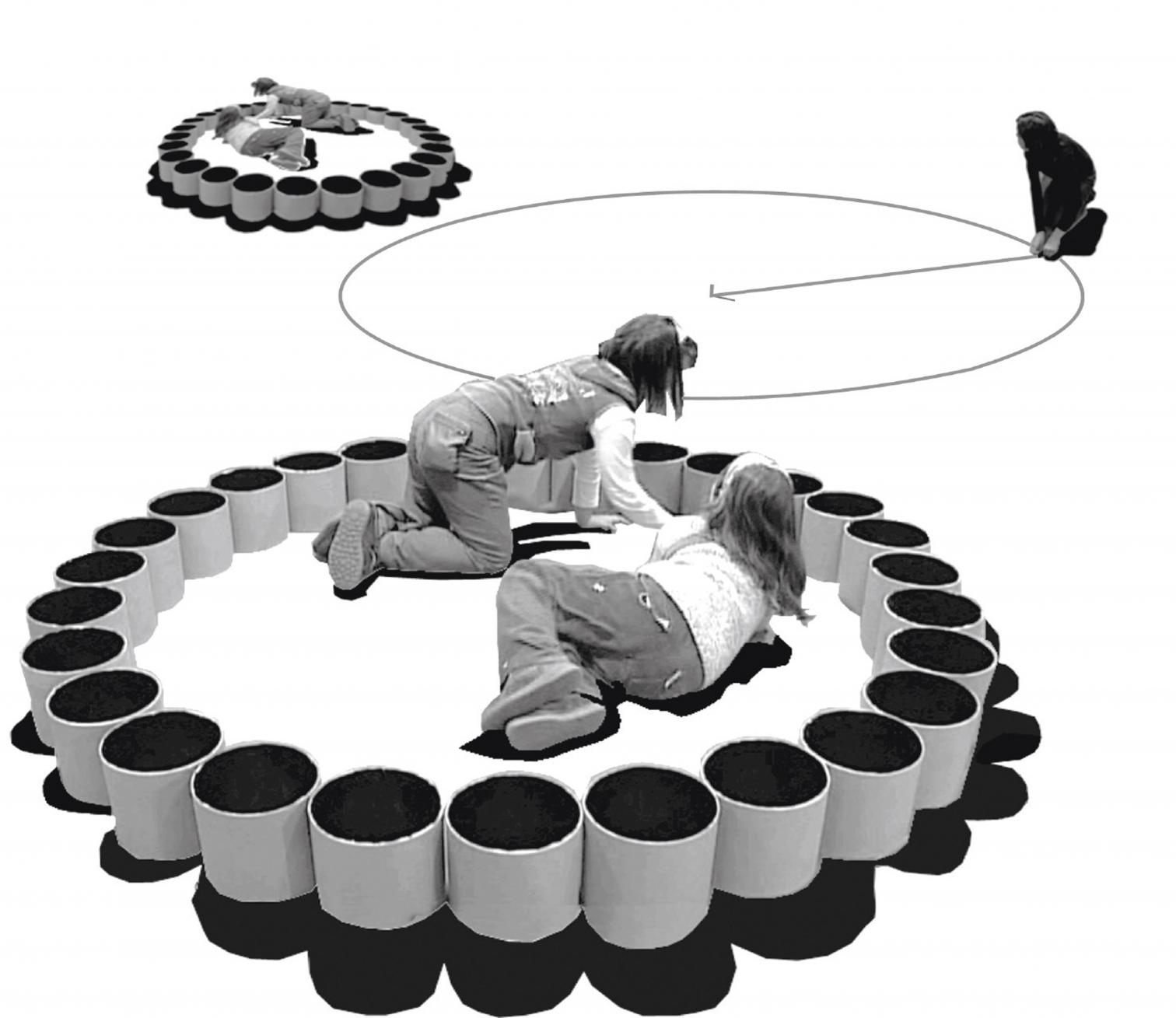 Due to its resemblance to the circular Celtic towns of the northern part of the Peninsula, the complex is defined as a ‘technological fortress’,  with a staggered section in order to adapt to the topography of the plot.

On ground floor, and around the central lobby, are the areas assigned to the different political groups, a section for citizen services and a police station. The first floor, which is reached through a large circular staircase, is presided by the main assembly hall, tucked into a clearing amid cylinders, and whose presence is physically and symbolically marked, and topped, by a five-story tower containing offices. 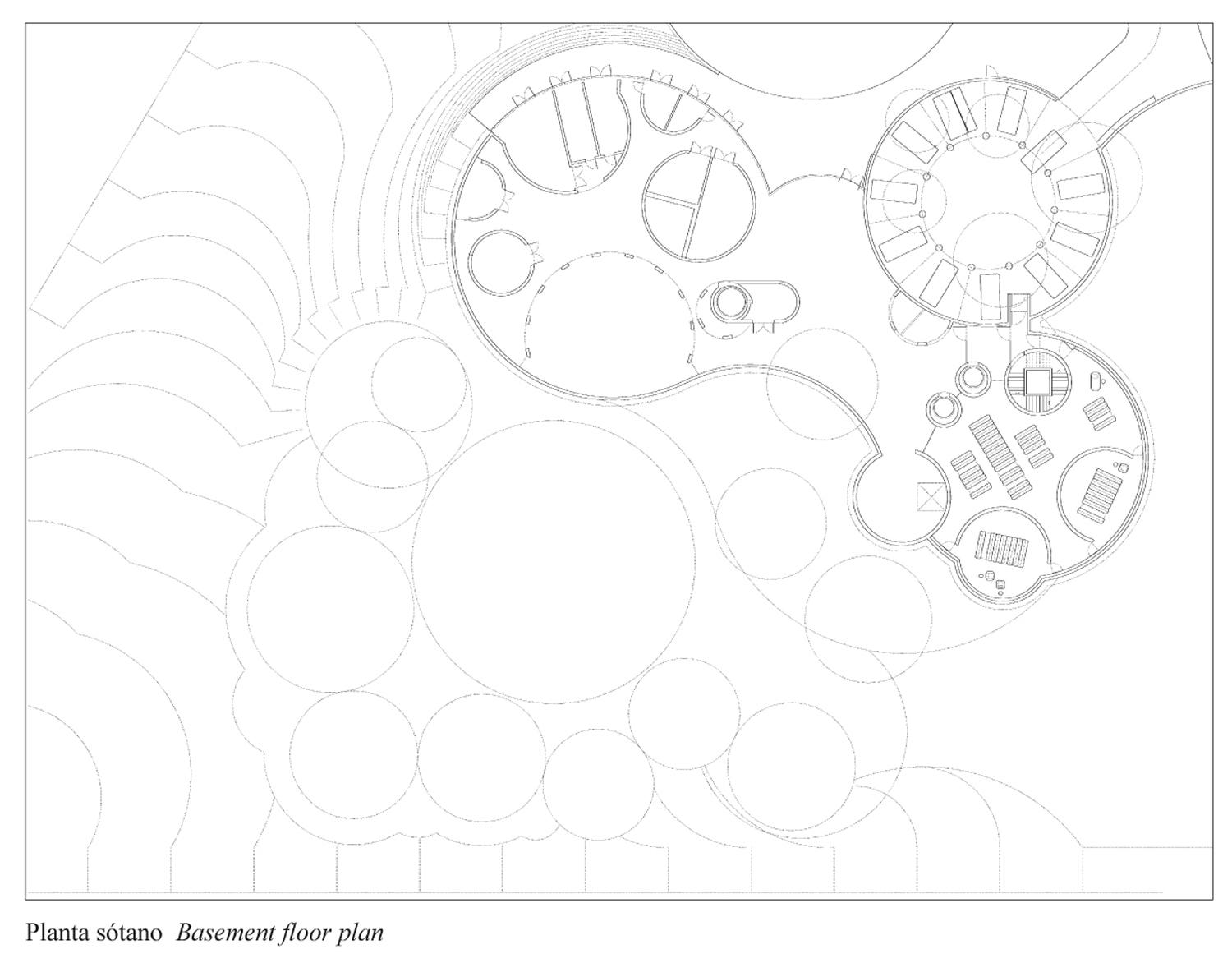 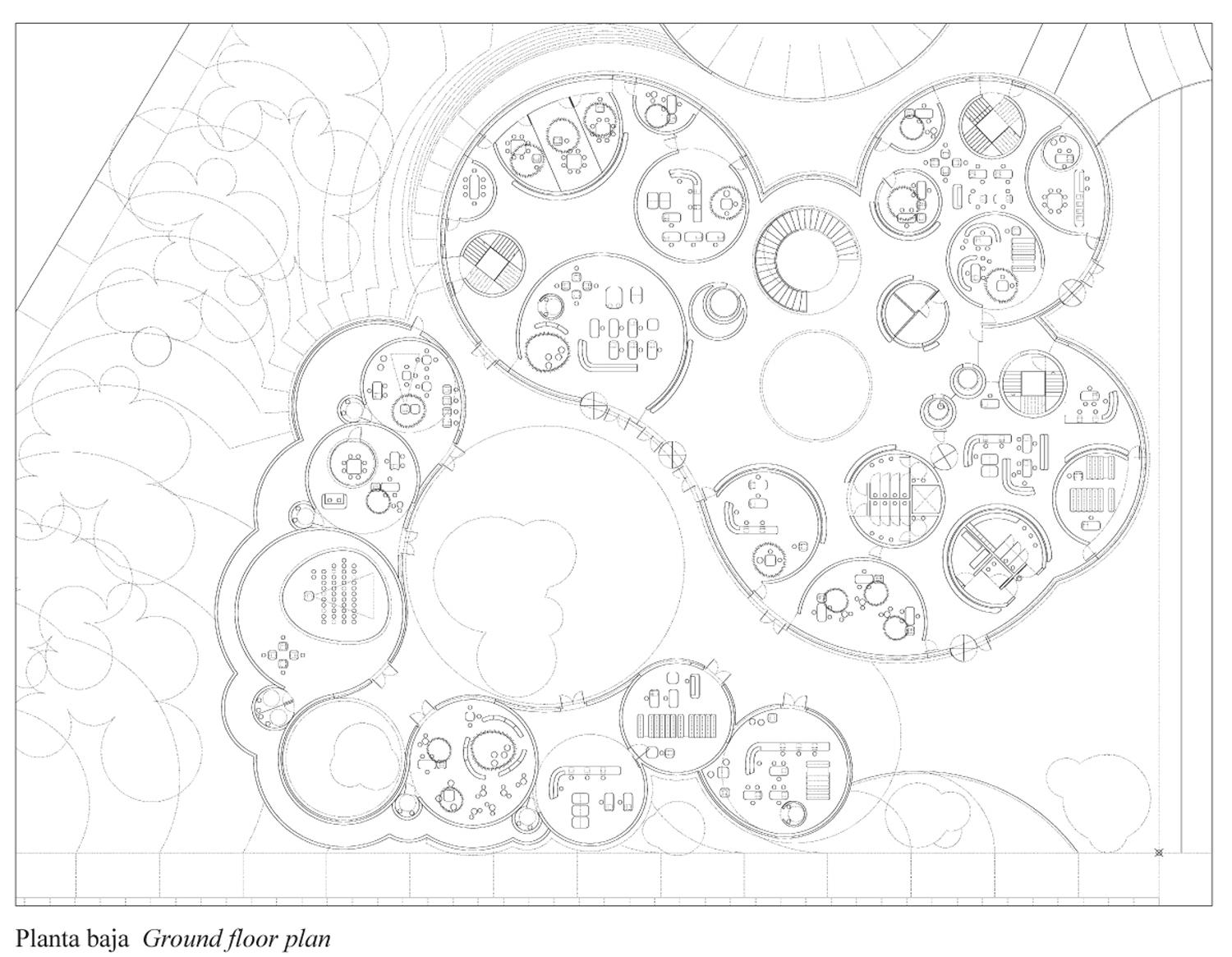 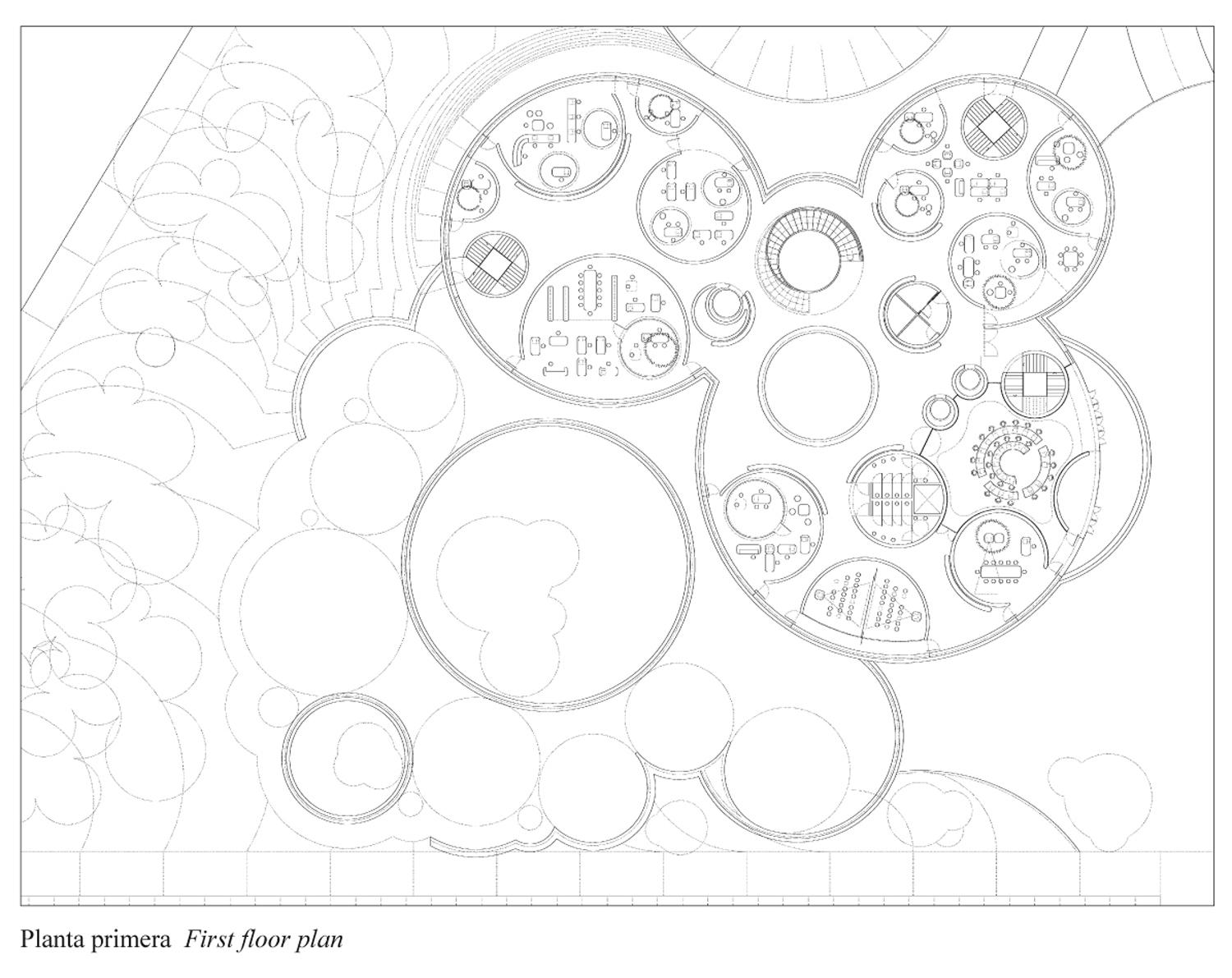 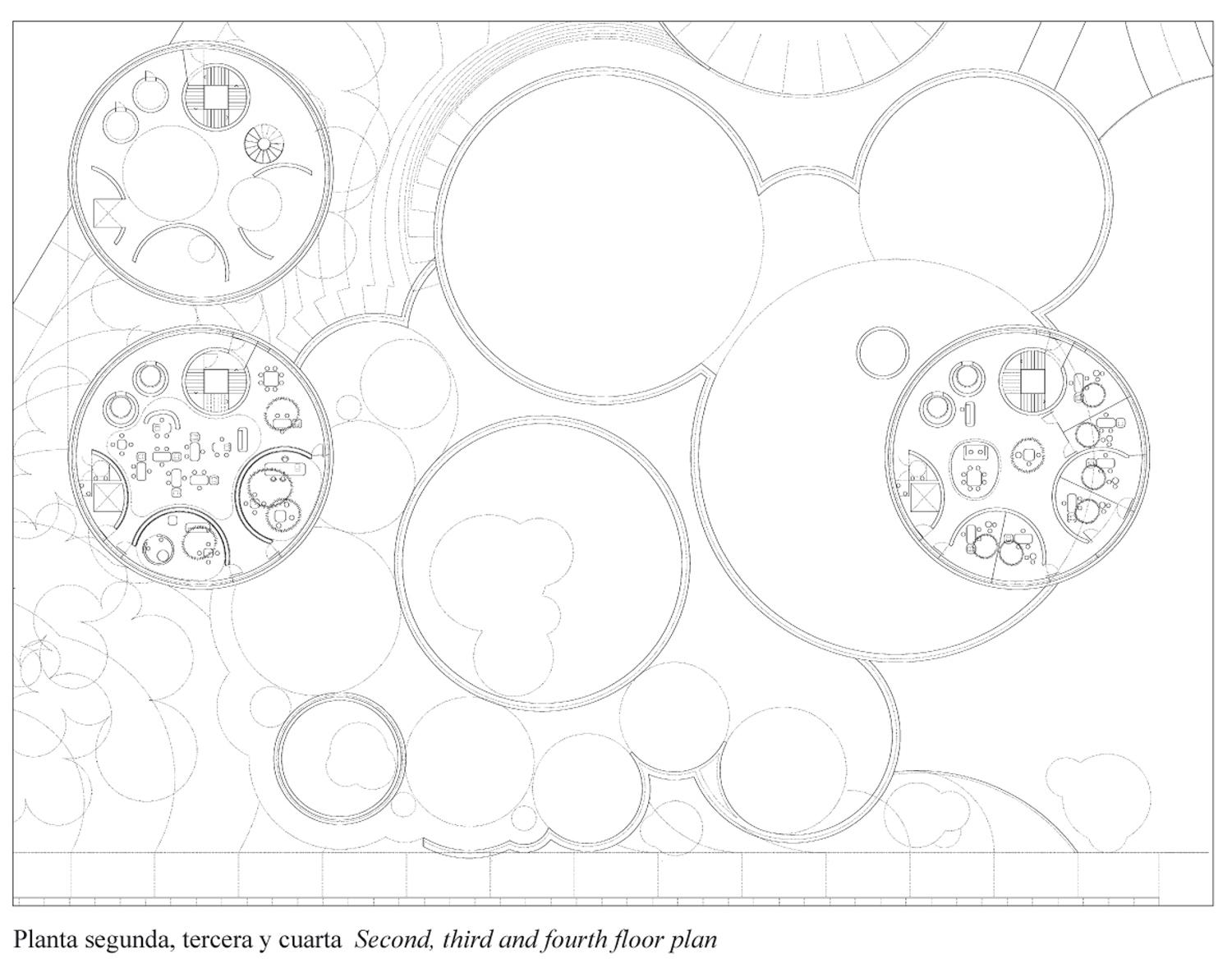 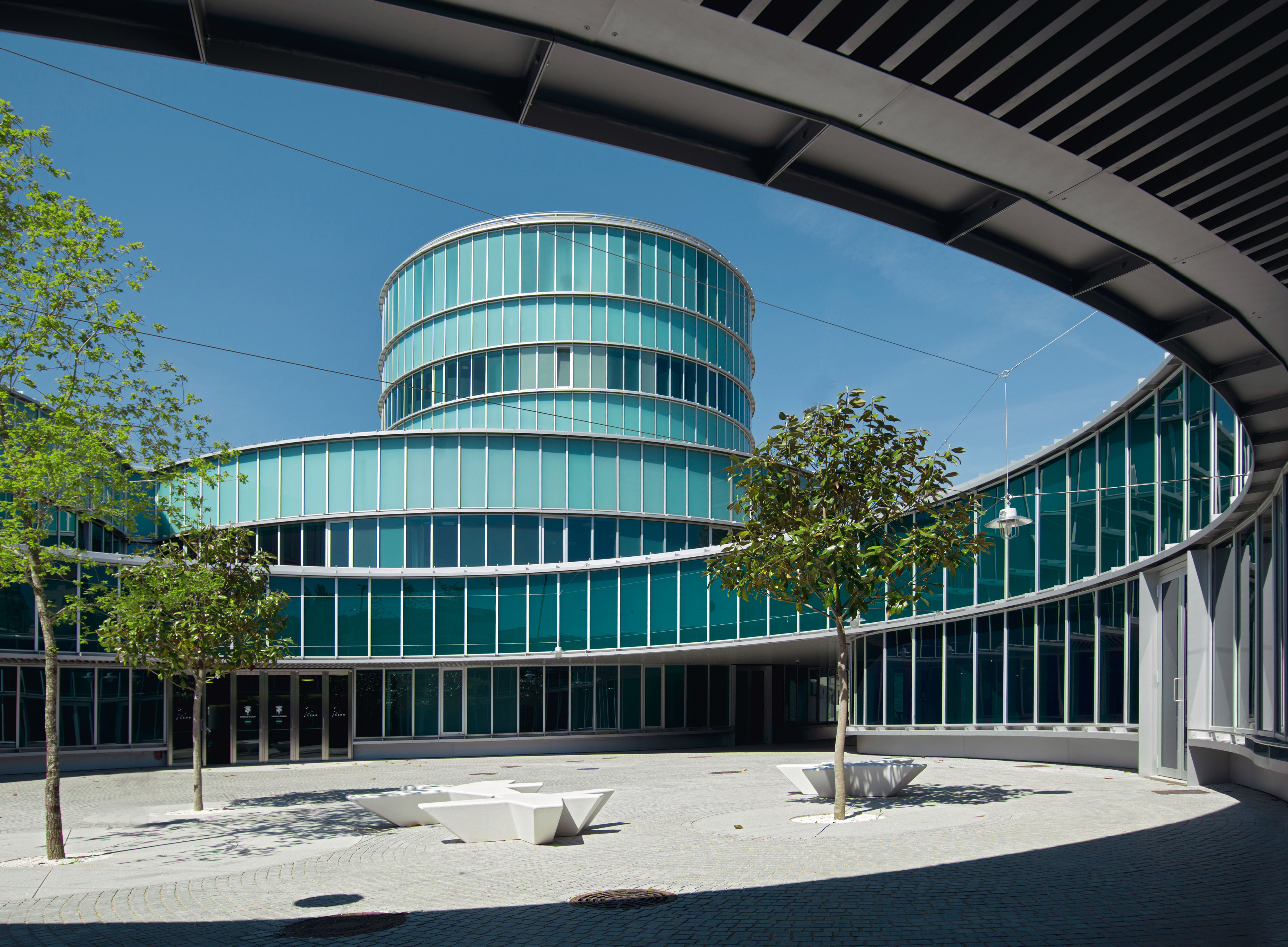 The project is laid out around a one-story circular public space. This central space leads, on one side, to a volume containing an auxiliary program and to the lobby of the main building on the other. 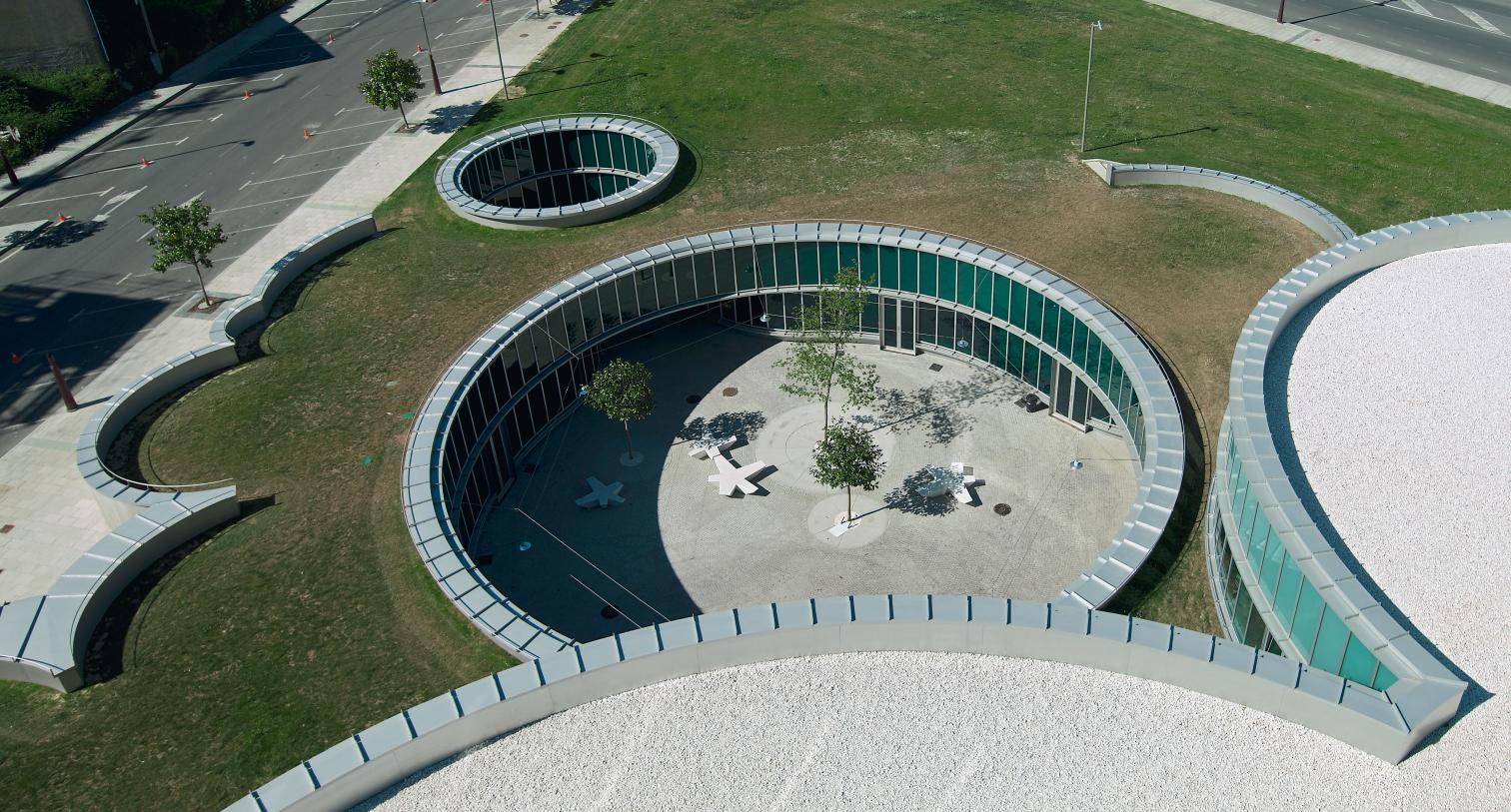 In terms of construction, the project makes an intensive use of reinforced concrete – present in solid slabs, parts of the facades, circular pillars, retaining walls and screens – and of glass, which is used in different forms depending on its location in the project: transparent, translucent, semi-translucid, transparent soft green, opaque dark green and transparent dark green. The frames are aluminum profiles, placed on a structure of galvanized steel that is anchored to the reinforced concrete. The result is a mosaic of different tones and intensities, which permits different levels of interaction among users, the building and its context. 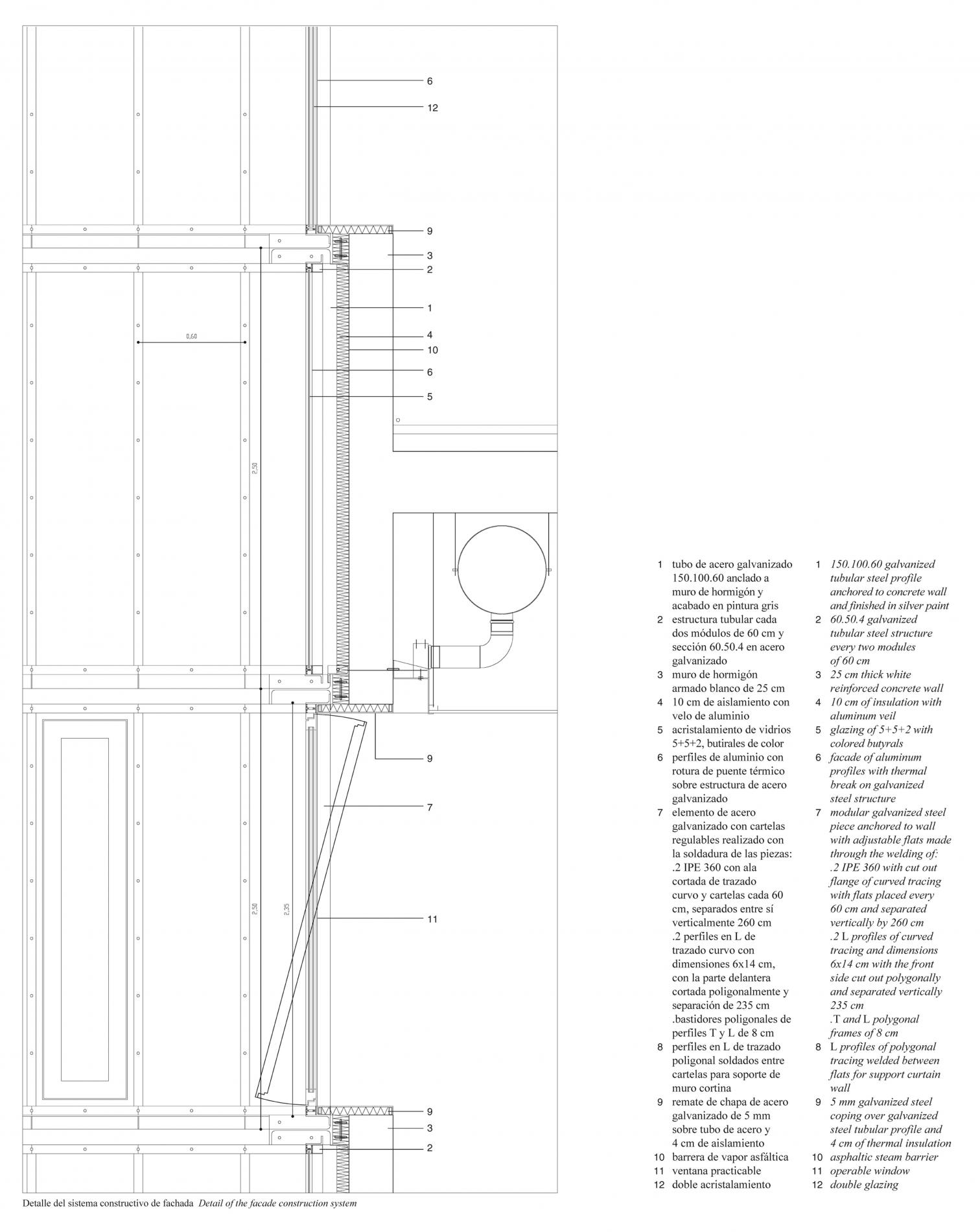 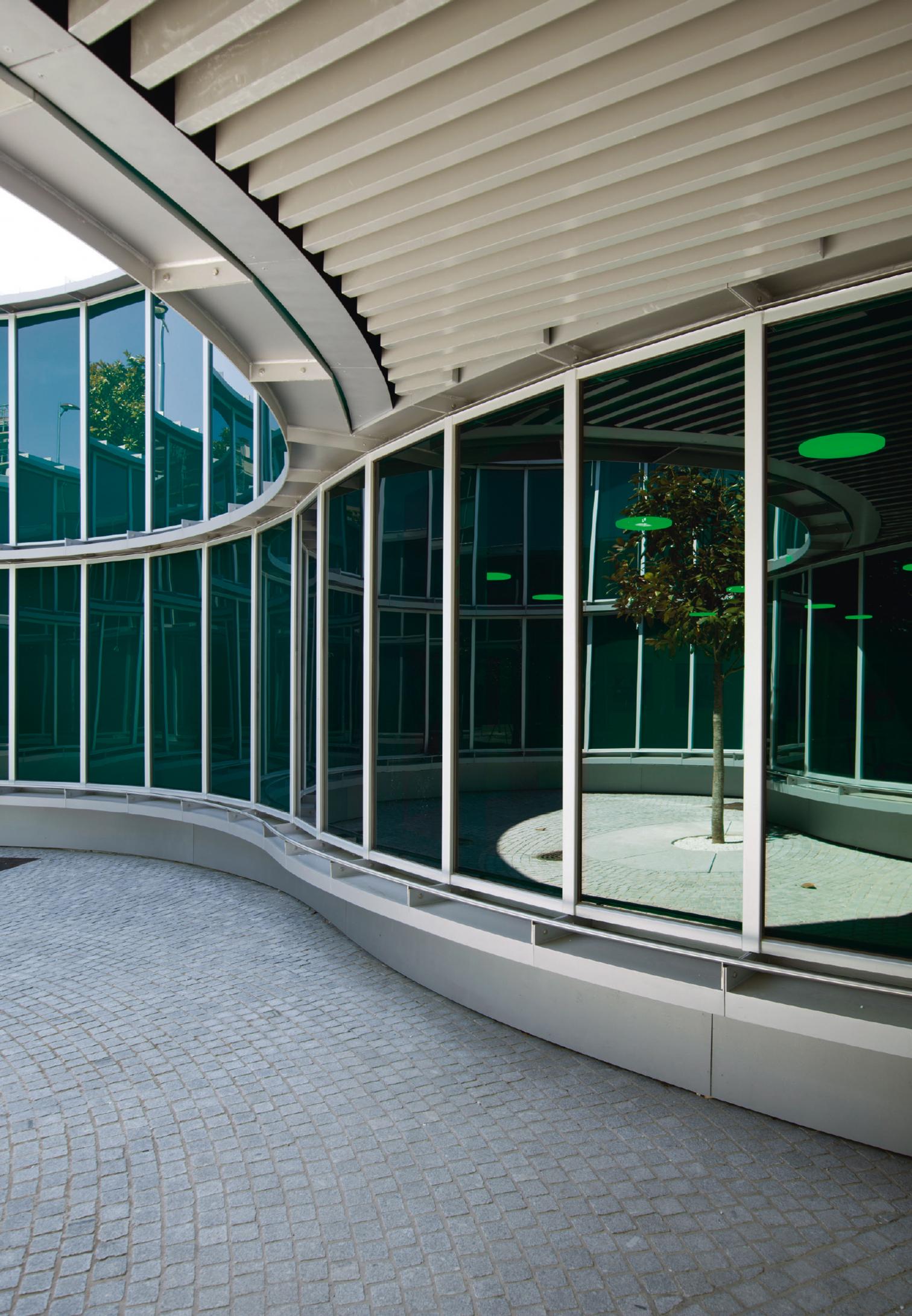 The facades have different types of glass surfaces fixed with aluminum profiles to a steel structure. Inside, the program is distributed in several concrete cylinders that are lit along their perimeter. 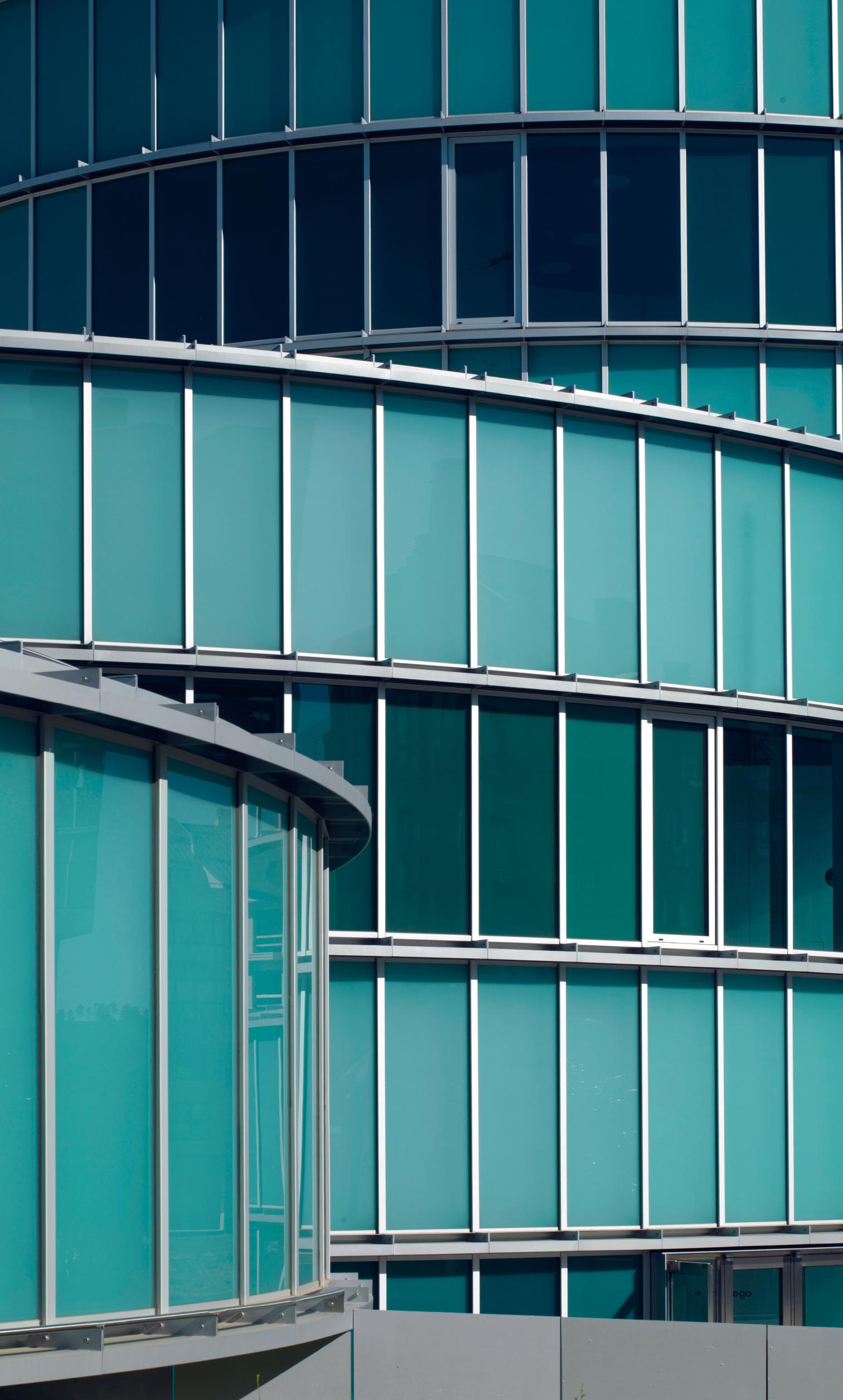 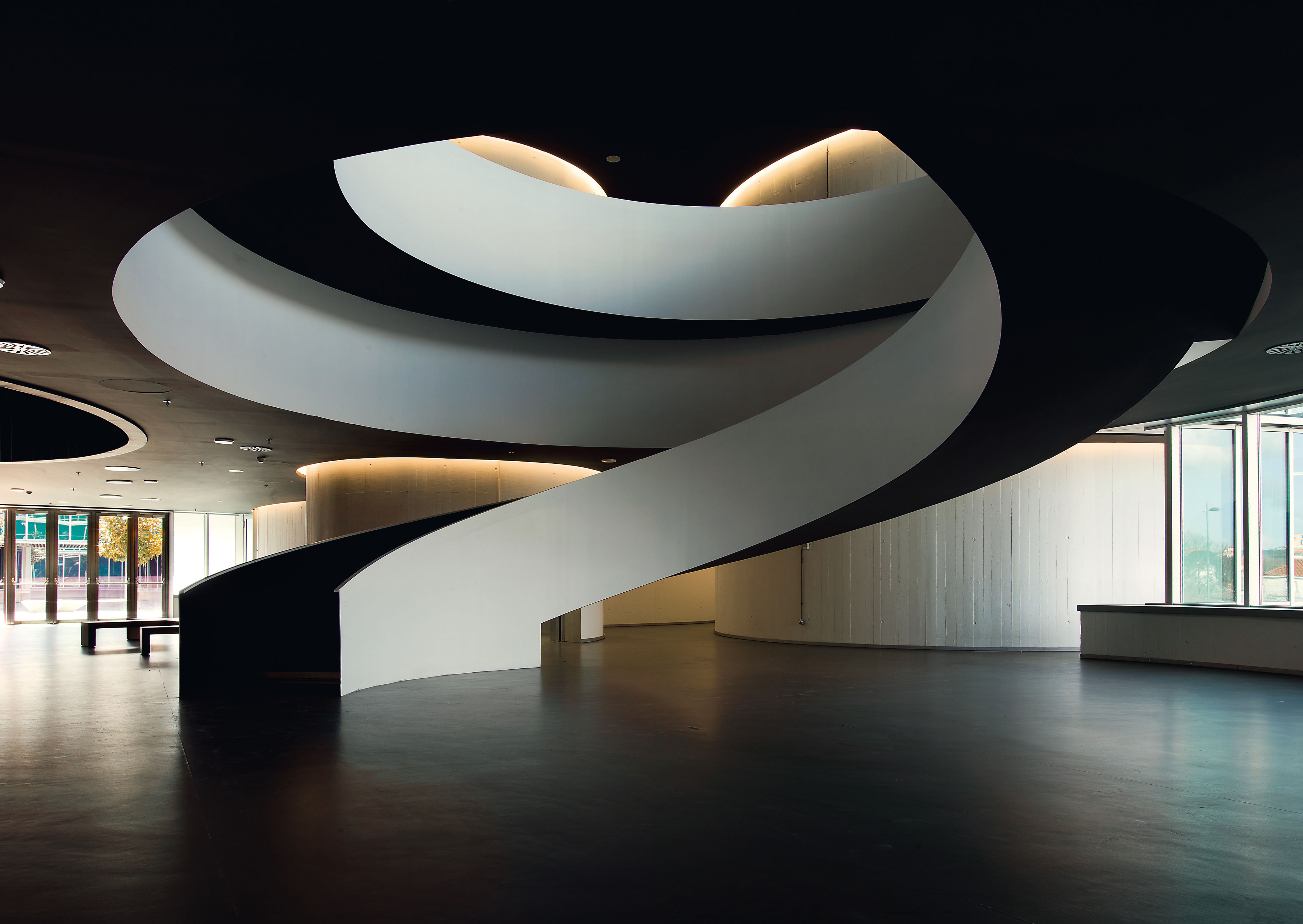 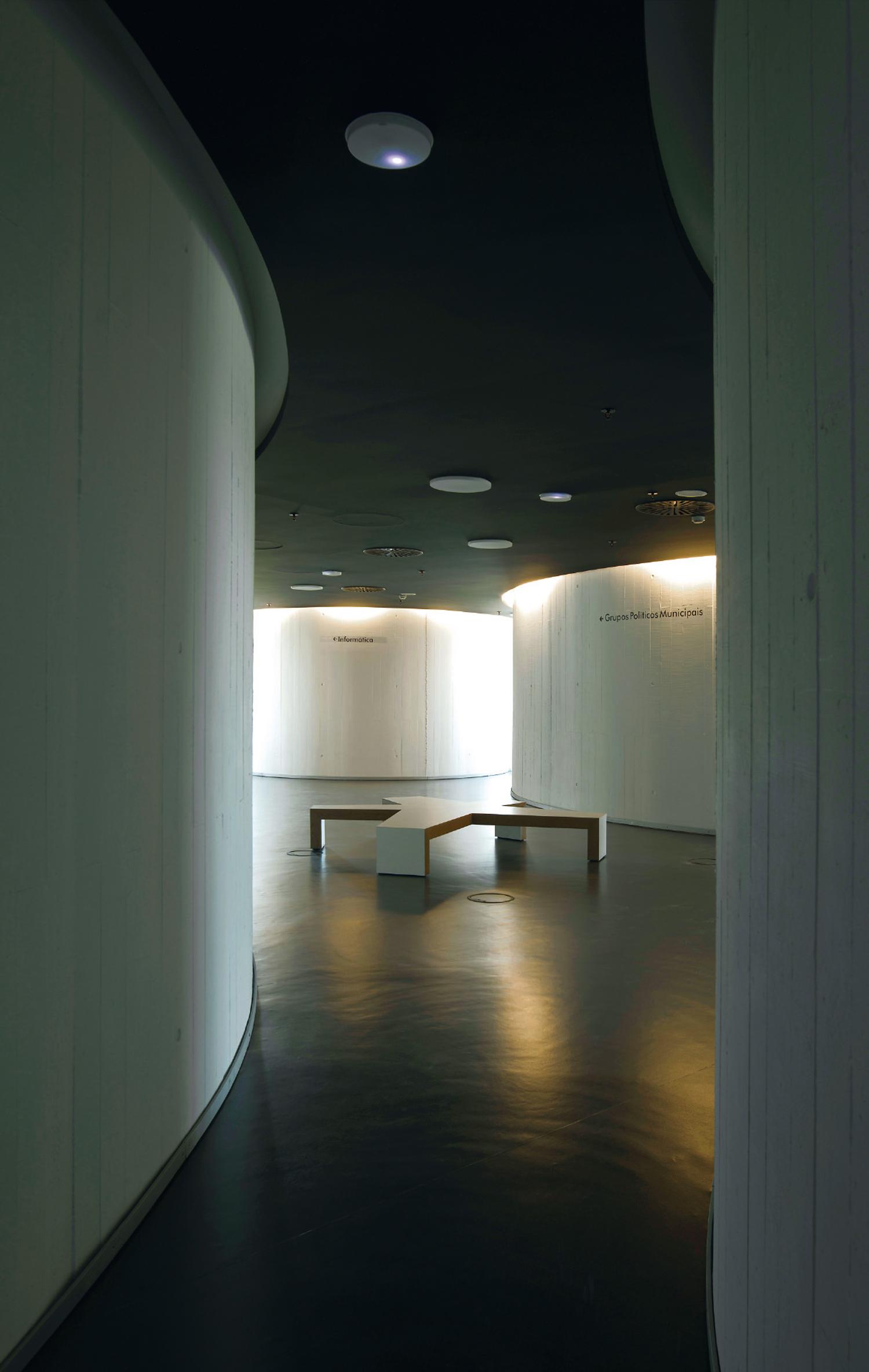 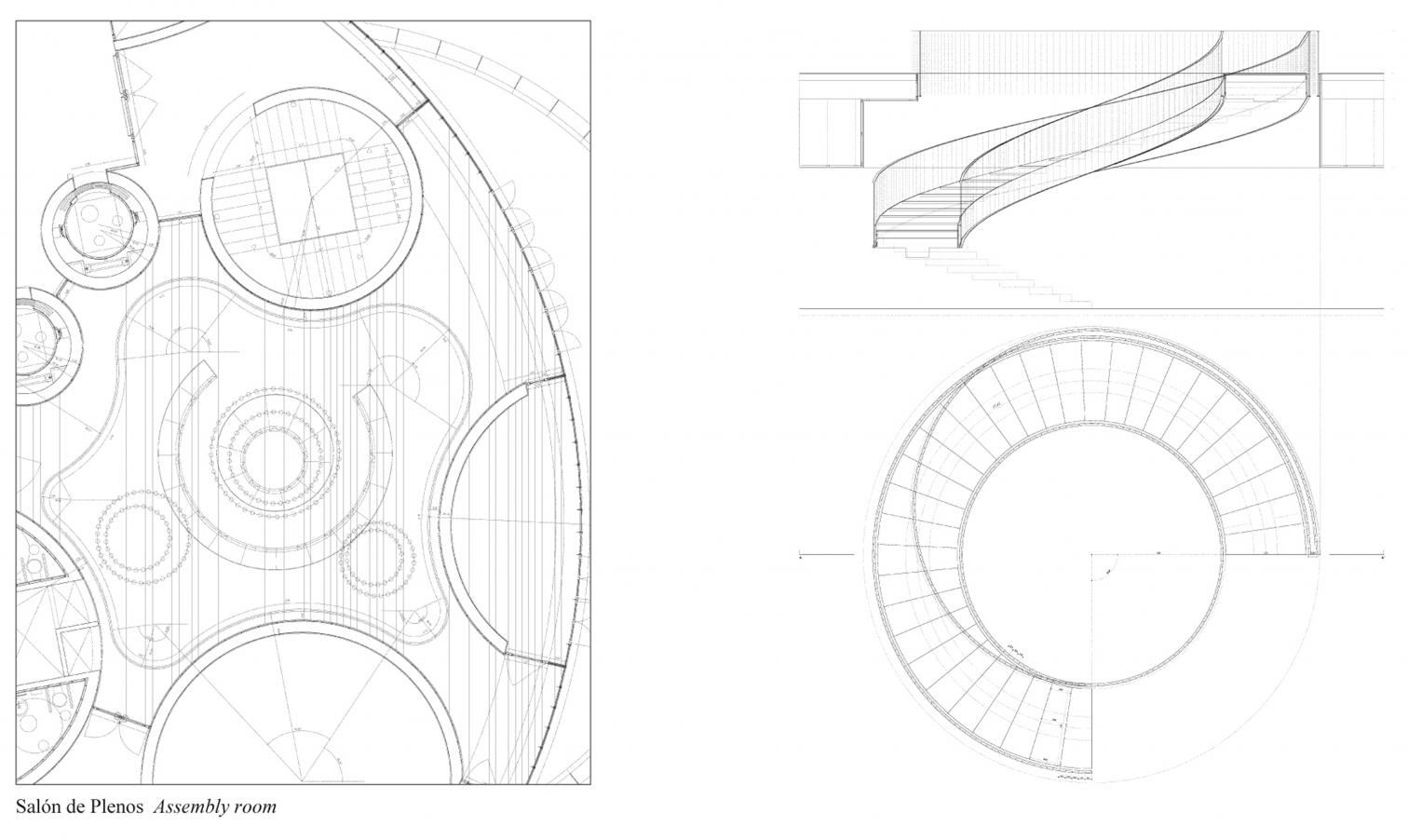 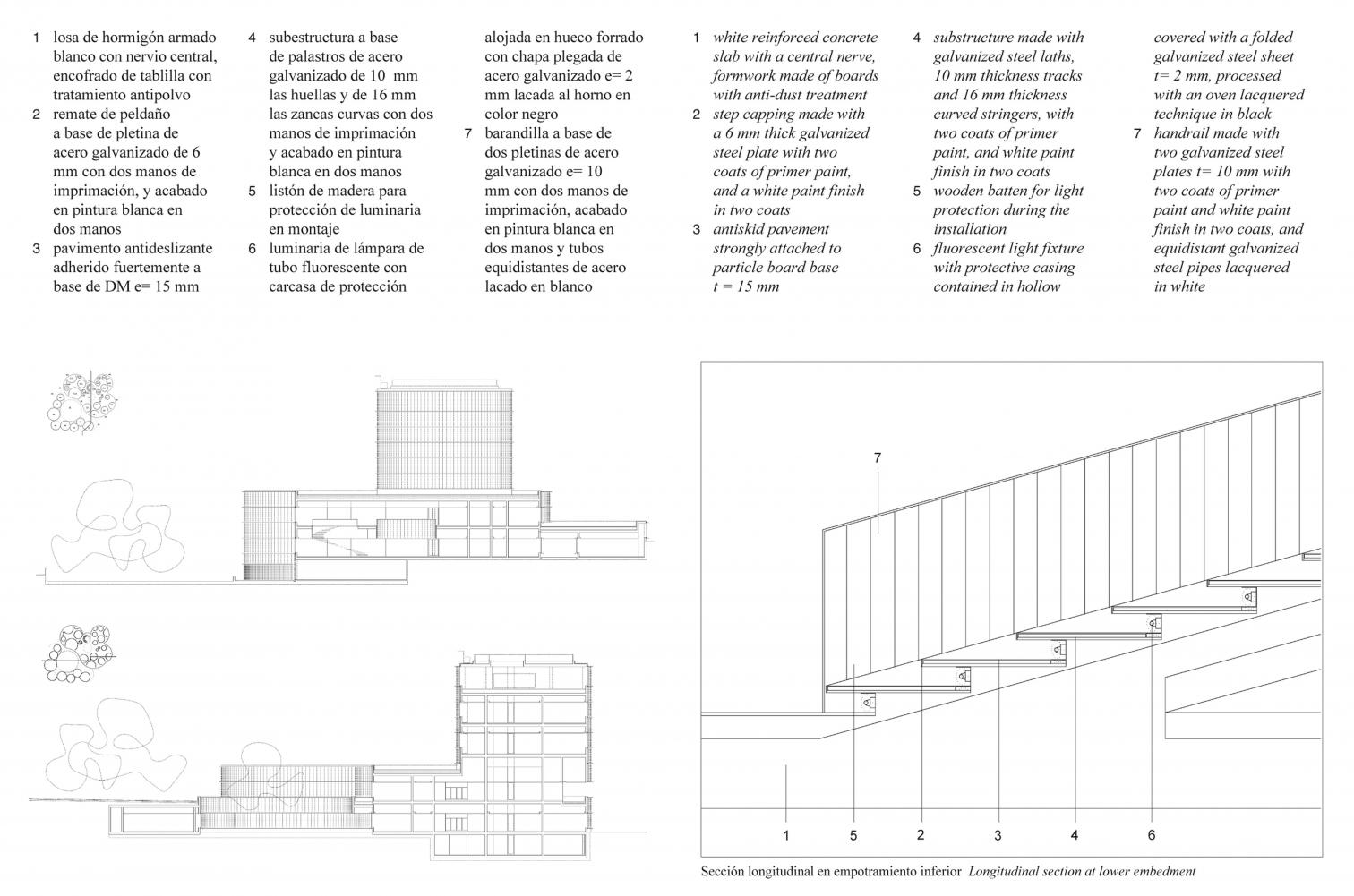 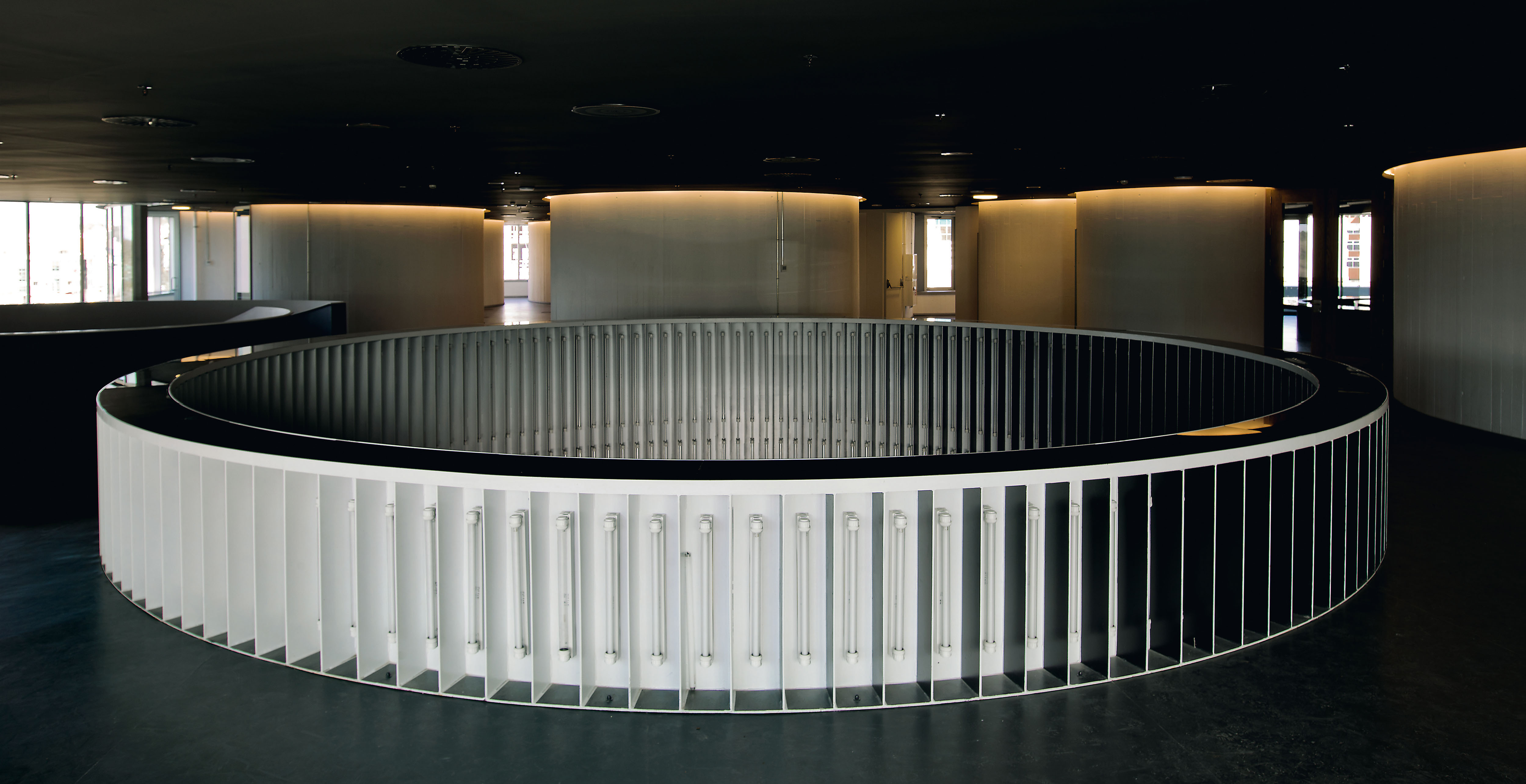 Mansilla + Tuñón   Spain   The museum is located in Llano Amarillo, a platform in the port of Algeciras that faces the bay and is separated from the city. It is well-known because it serves as parking area for the thousands of cars of North African emigrants that wait there fo

Mansilla + Tuñón   Spain   Inscribed within the uniform layout of the urban center of Castellón, the new Museum of Fine Arts is raised over the remains of the old school Serra Espadá, taking up almost the entire plot. The canonical division in four groups of uses exhibition, a