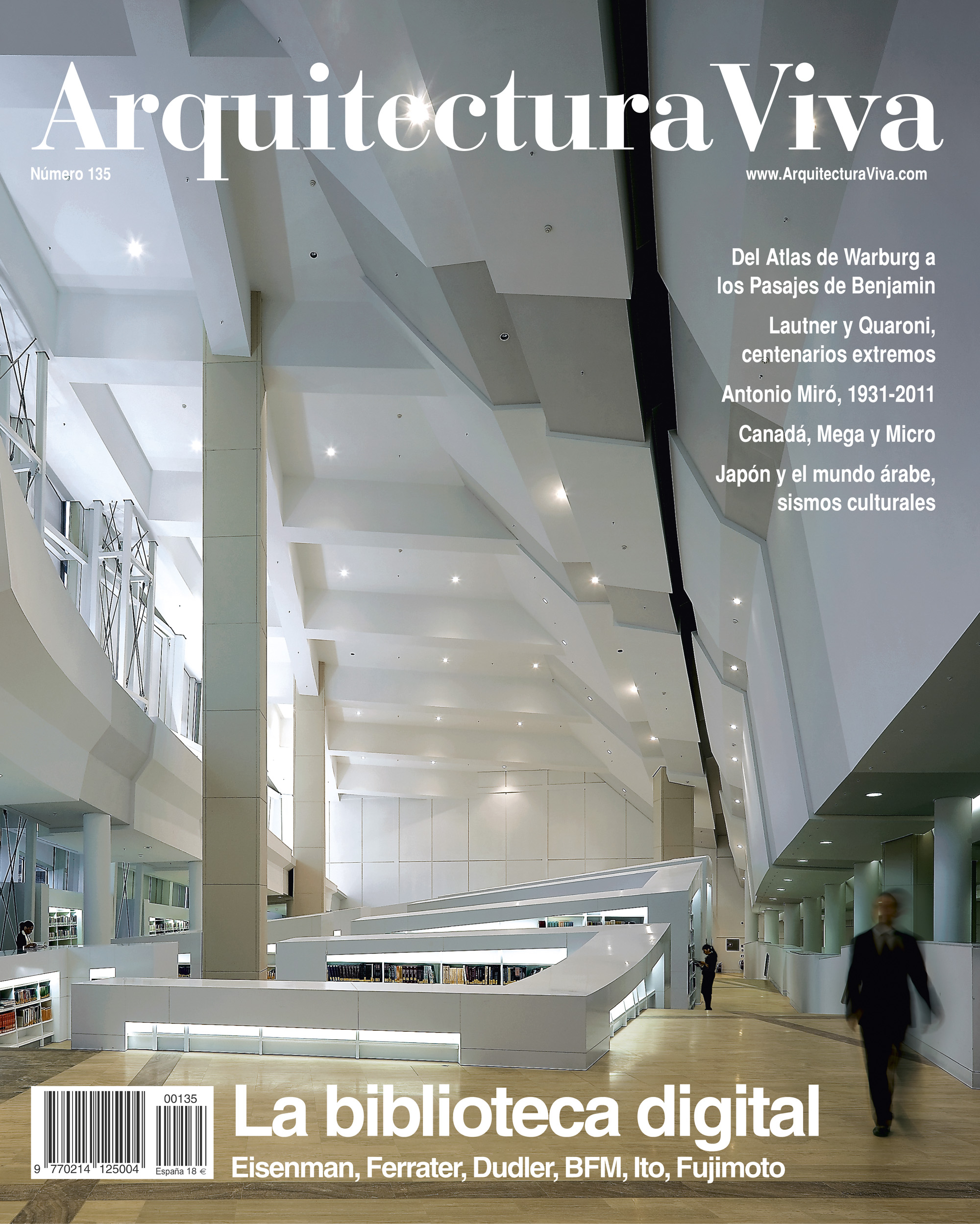 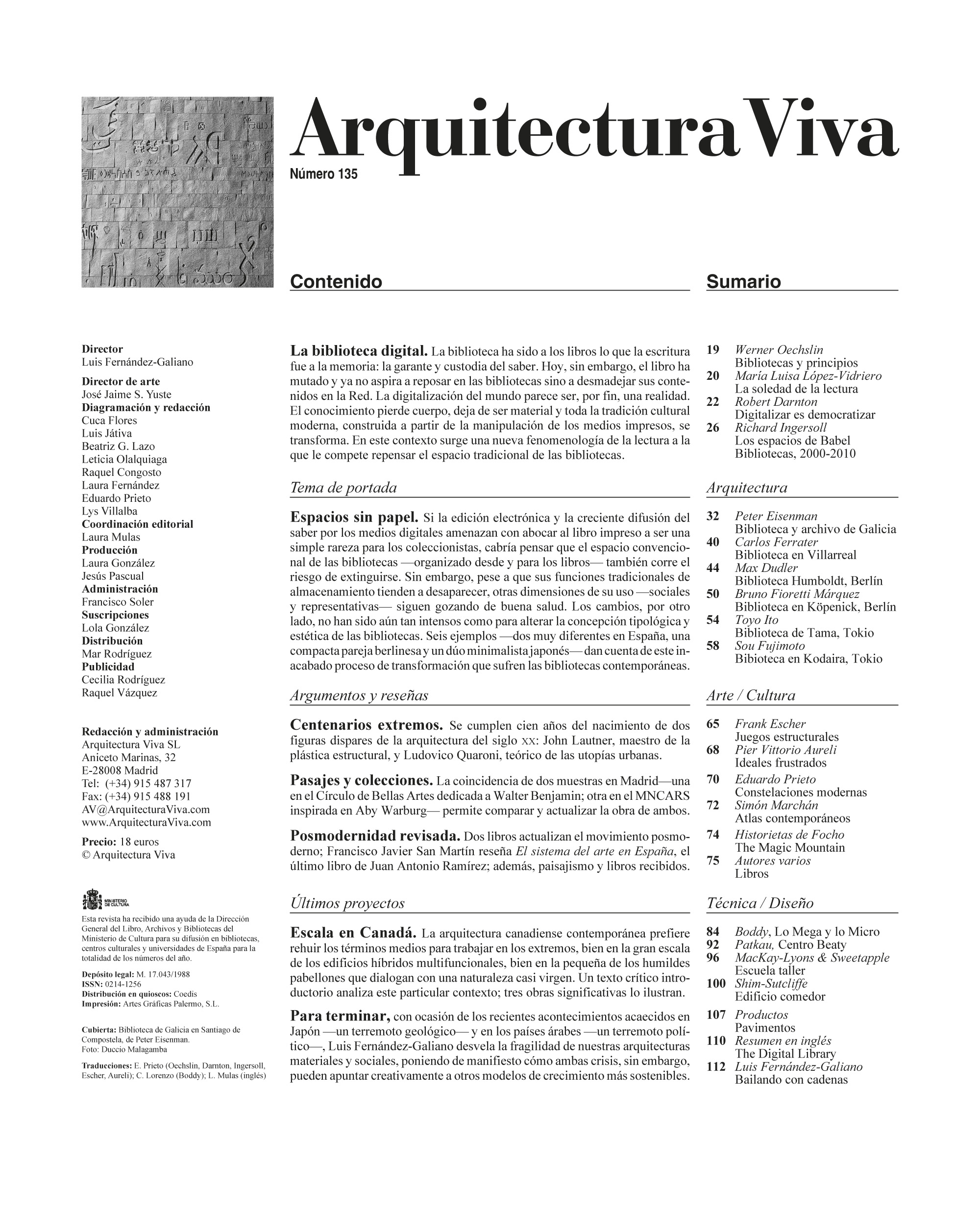 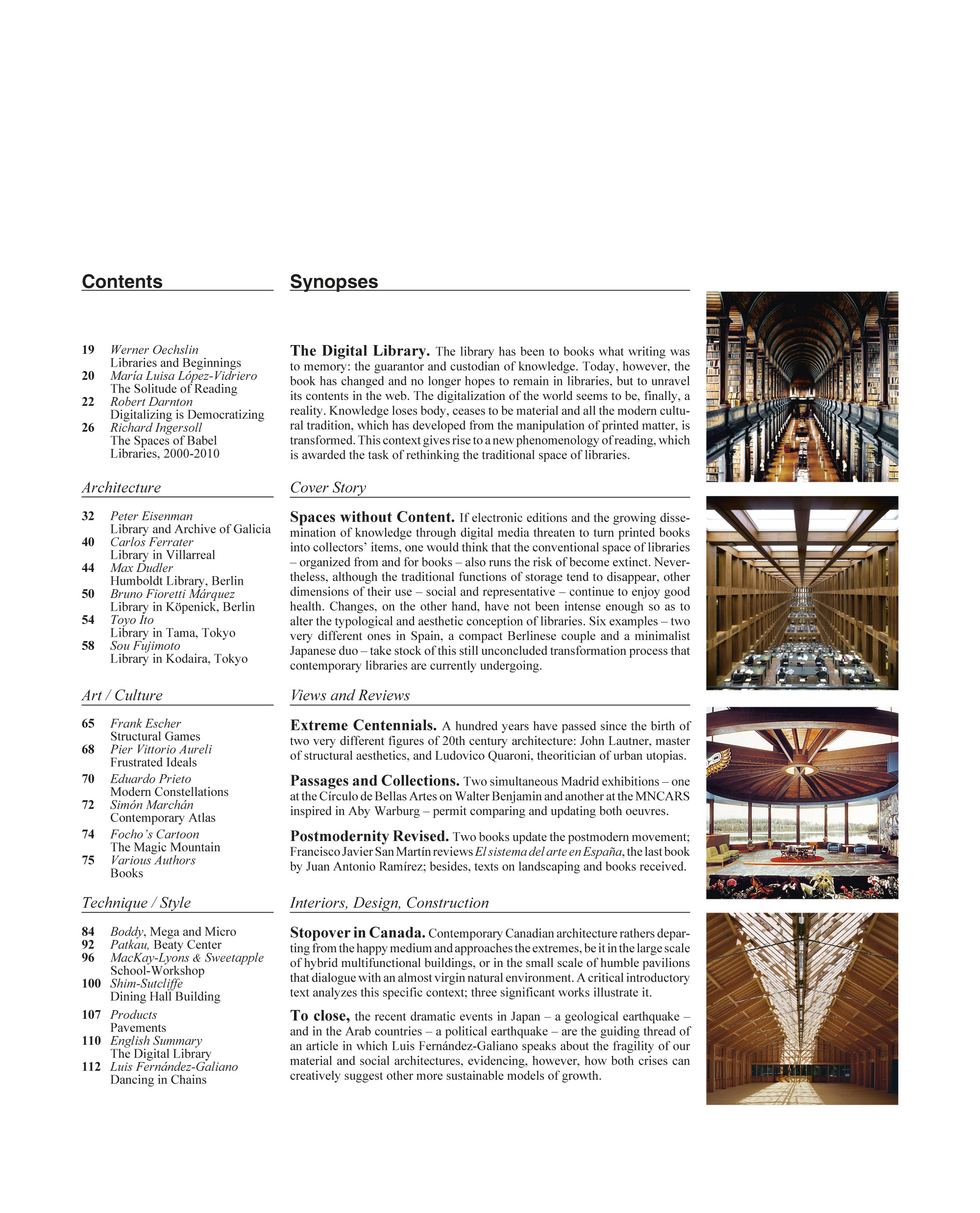 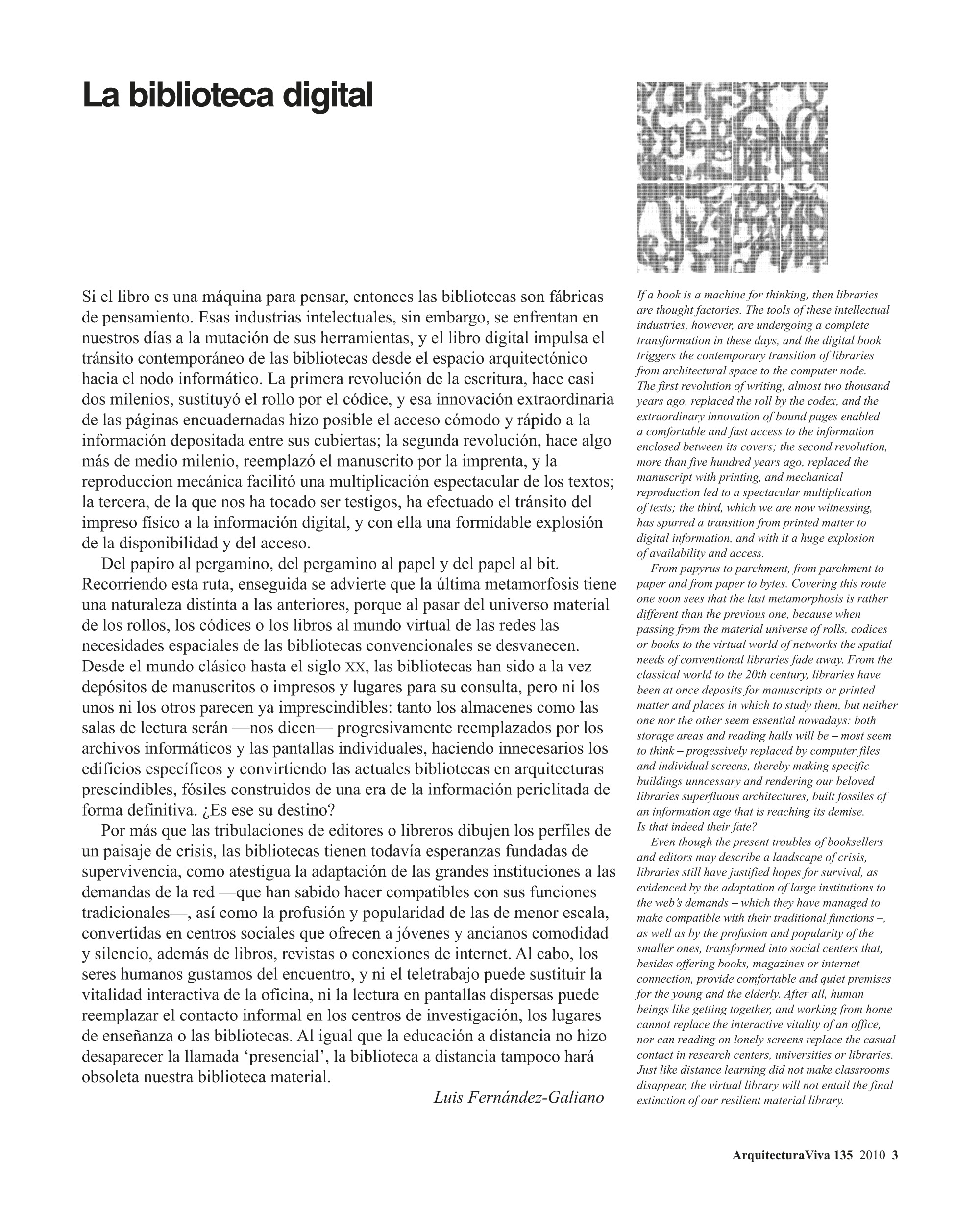 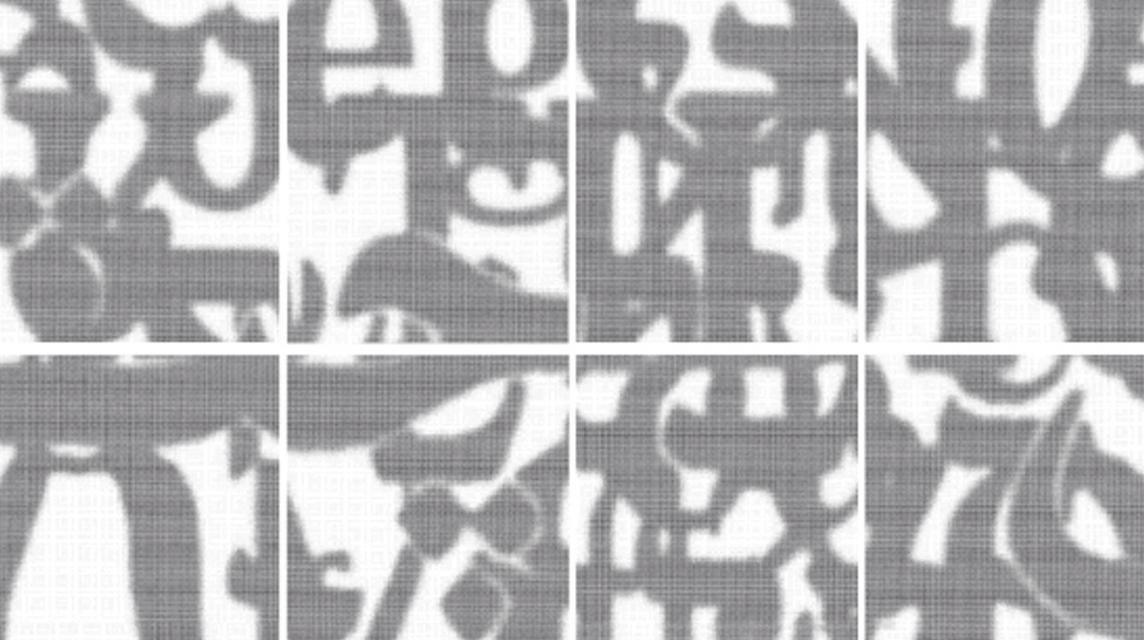 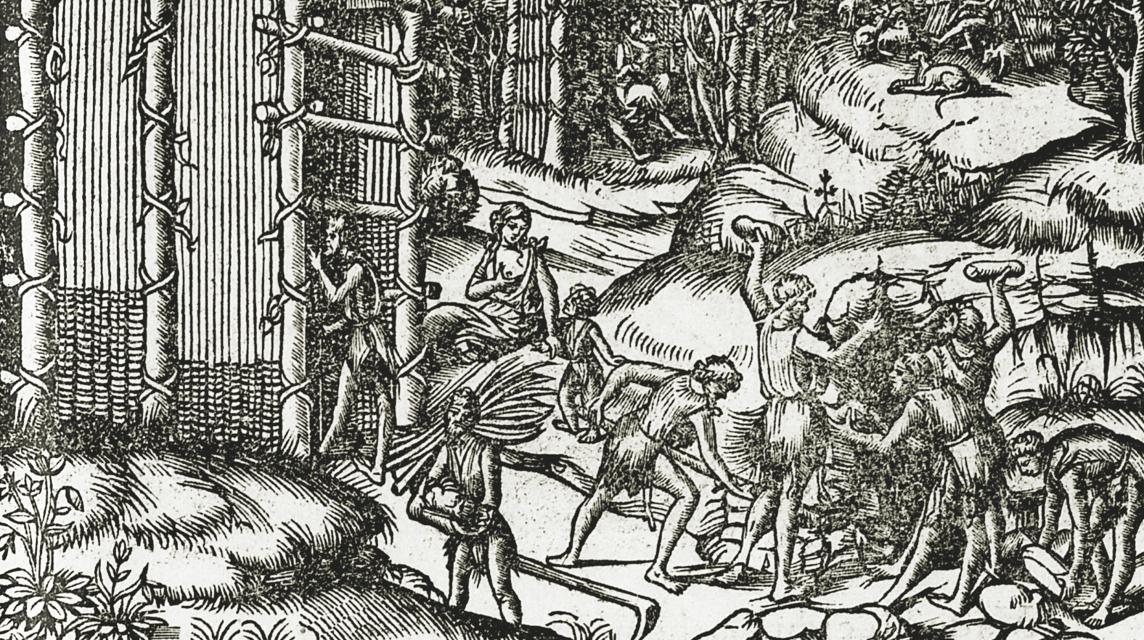 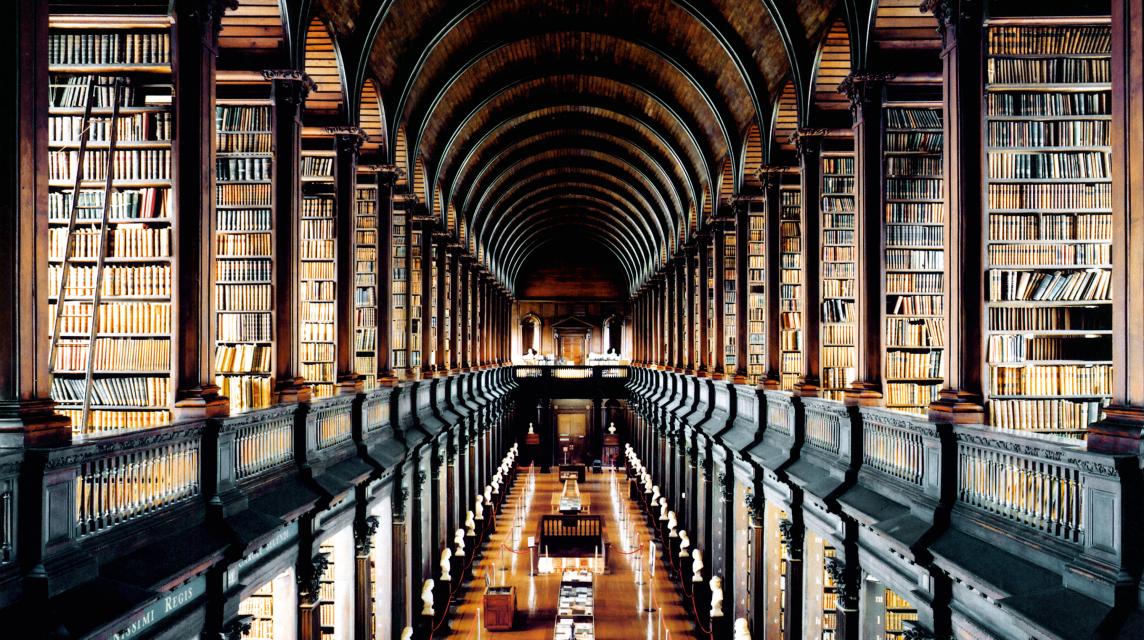 The Solitude of Reading 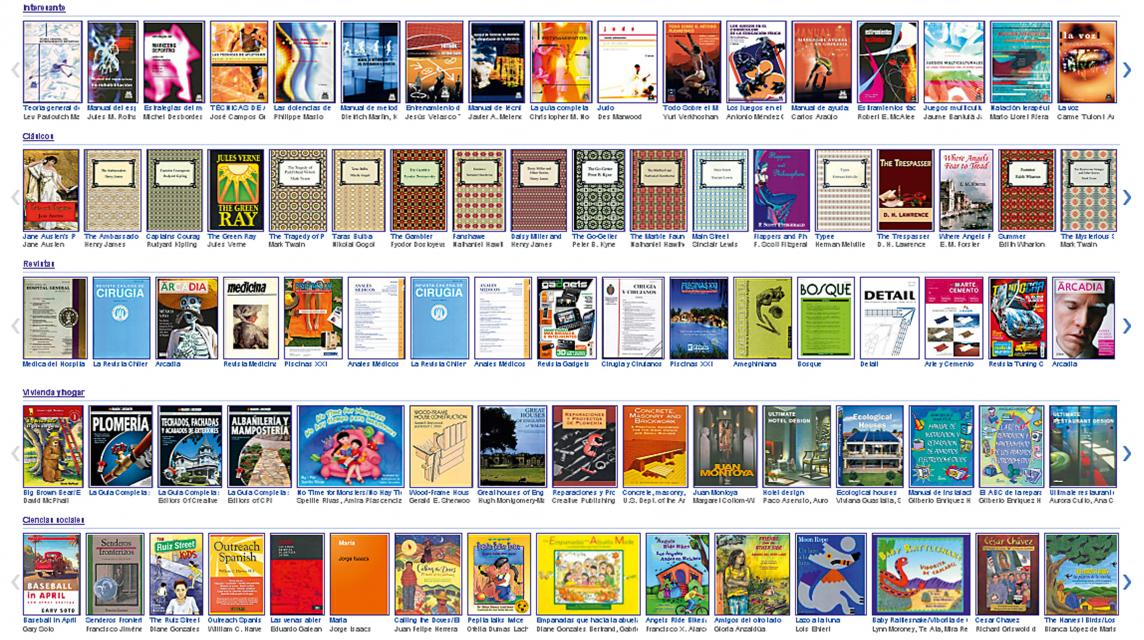 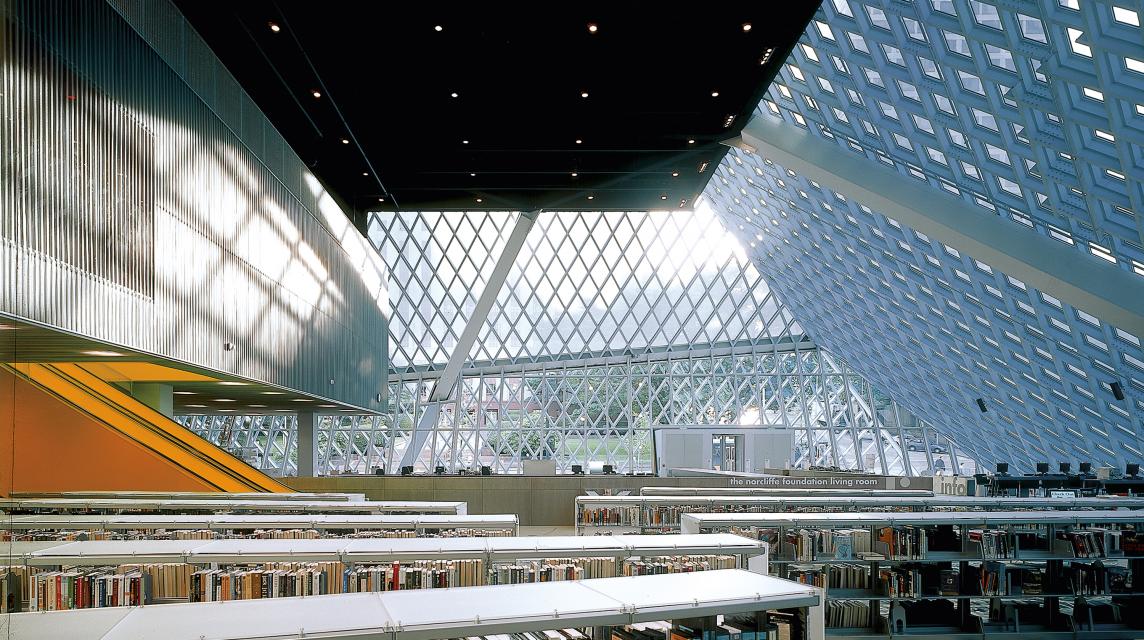 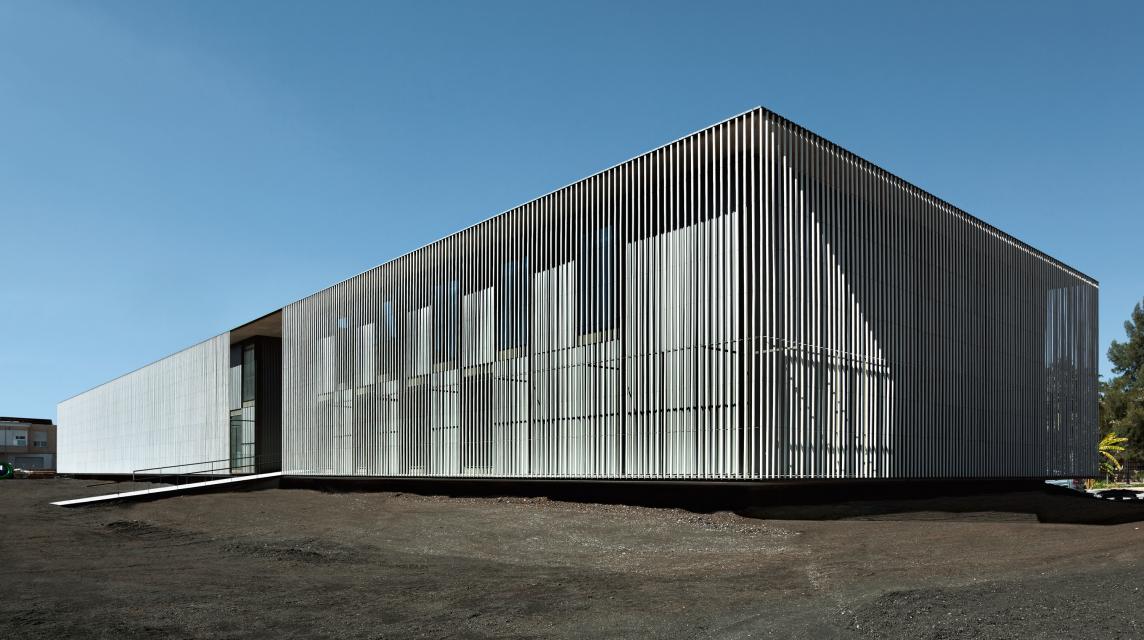 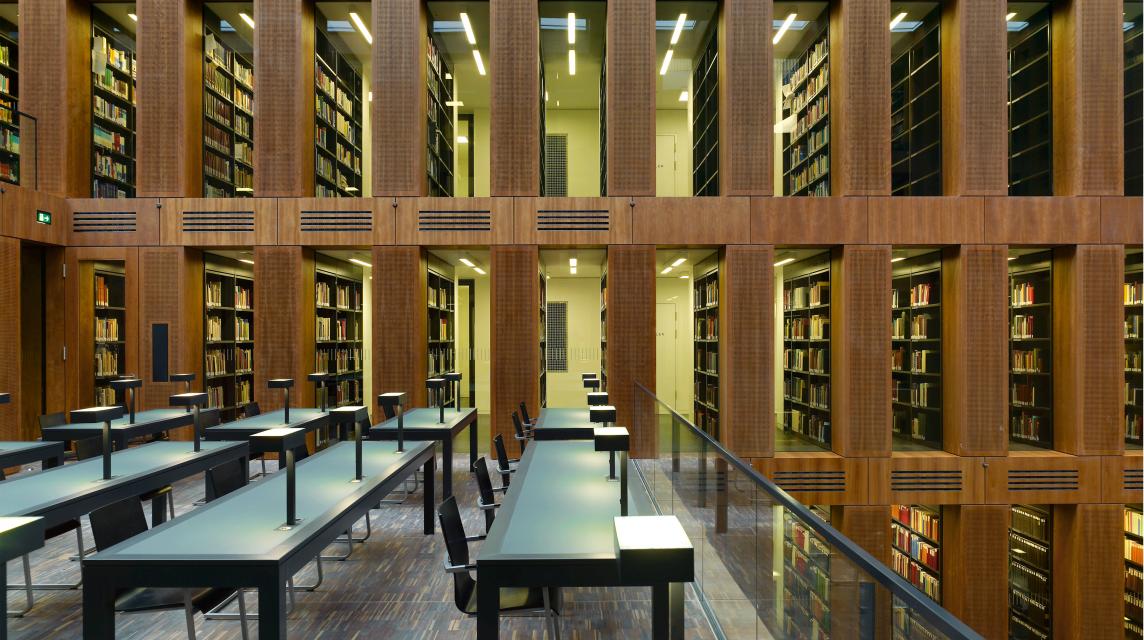 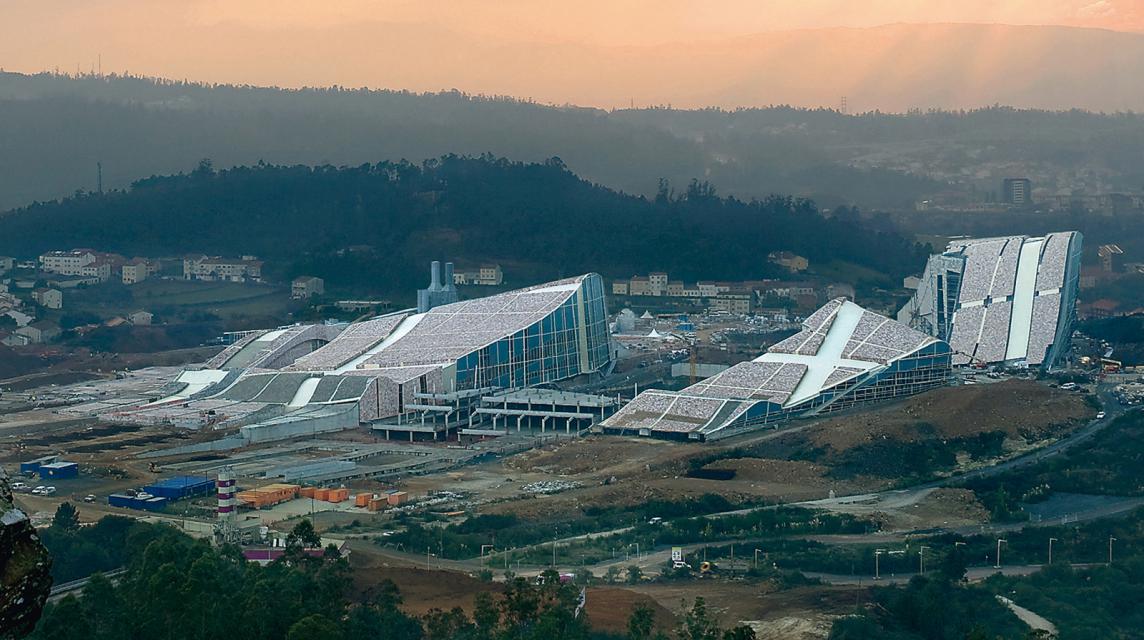 Library and Archive of Galicia, Santiago

Peter Eisenman   Spain   AFTER YEARS of vicissitudes, the City of Culture of Galicia emerges like a fossil vieira  on the hillside of Mount Gaiás, in Santiago de Compostela. In the wake of the cultural projects of the 1990s, this work aimed at placing the city in the select 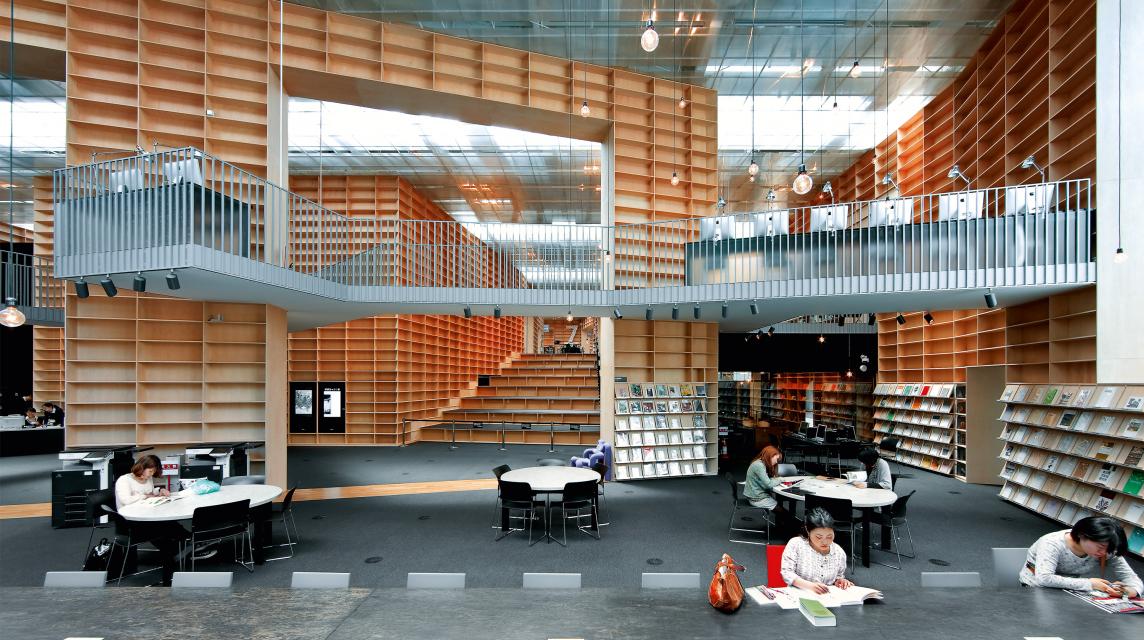 Sou Fujimoto   Japan   The project for the new Musashino Art University Library – one of the most distinguished art libraries in Japan – can be defined as a linear container of books that could, potentially, be extended indefinitely, folding and folding to form an angular 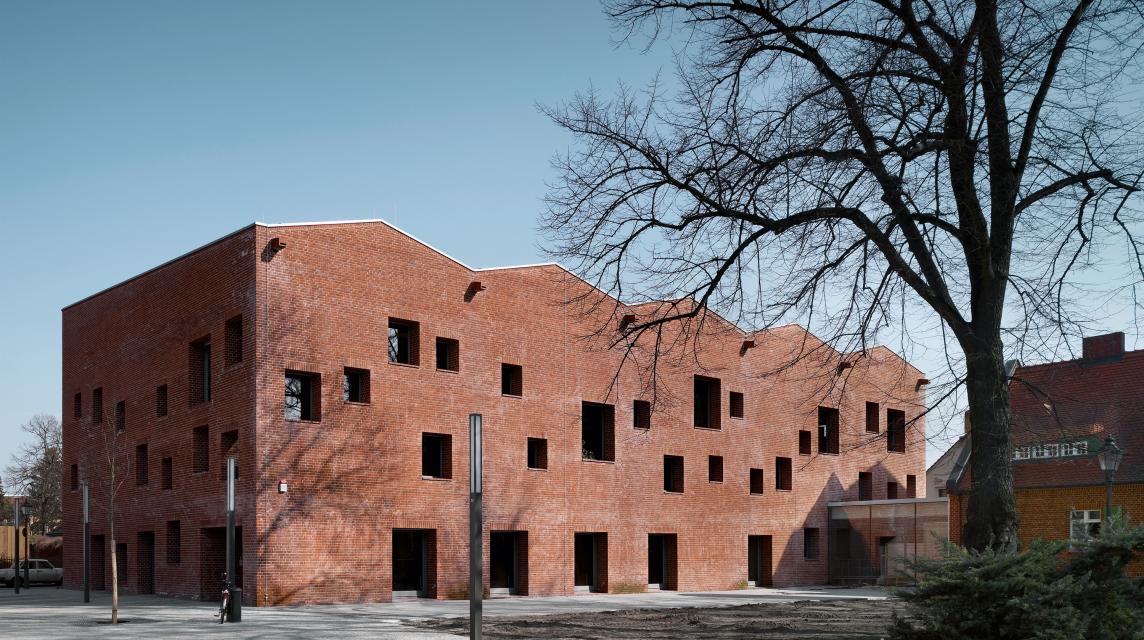 The rescue of Aby Warburg

Canada, Invention at the Ends

Brangulí Photographs at the Telefónica Foundation

Jakob & Macfarlane and his Mechanical Orange

The Molecular Utopia of Ruiz-Geli for the Bulli

Siza and Santos in the Atrium of the Alhambra

Poland in the Circle of Fine Arts in Madrid

The Digital Library. The library has been to books what writing was to memory: the guarantor and custodian of knowledge. Today, however, the book has changed and no longer hopes to remain in libraries, but to unravel its contents in the web. The digitalization of the world seems to be, finally, a reality. Knowledge loses body, ceases to be material and all the modern cultural tradition, which has developed from the manipulation of printed matter, is transformed. This context gives rise to a new phenomenology of reading, which is awarded the task of rethinking the traditional space of libraries.

Spaces without Content. If electronic editions and the growing dissemination of knowledge through digital media threaten to turn printed books into collectors’ items, one would think that the conventional space of libraries – organized from and for books – also runs the risk of become extinct. Nevertheless, although the traditional functions of storage tend to disappear, other dimensions of their use – social and representative – continue to enjoy good health. Changes, on the other hand, have not been intense enough so as to alter the typological and aesthetic conception of libraries. Six examples – two very different ones in Spain, a compact Berlinese couple and a minimalist Japanese duo – take stock of this still unconcluded transformation process that contemporary libraries are currently undergoing.

Passages and Collections. Two simultaneous Madrid exhibitions – one at the Círculo de Bellas Artes on Walter Benjamin and another at the MNCARS inspired in Aby Warburg – permit comparing and updating both oeuvres.

Stopover in Canada . Contemporary Canadian architecture rathers departing from the happy medium and approaches the extremes, be it in the large scale of hybrid multifunctional buildings, or in the small scale of humble pavilions that dialogue with an almost virgin natural environment. A critical introductory text analyzes this specific context; three significant works illustrate it.

To close, the recent dramatic events in Japan – a geological earthquake – and in the Arab countries – a political earthquake – are the guiding thread of an article in which Luis Fernández-Galiano speaks about the fragility of our material and social architectures, evidencing, however, how both crises can creatively suggest other more sustainable models of growth.

If a book is a machine for thinking, then libraries are thought factories. The tools of these intellectual industries, however, are undergoing a complete transformation in these days, and the digital book triggers the contemporary transition of libraries from architectural space to the computer node. The first revolution of writing, almost two thousand years ago, replaced the roll by the codex, and the extraordinary innovation of bound pages enabled a comfortable and fast access to the information enclosed between its covers; the second revolution, more than five hundred years ago, replaced the manuscript with printing, and mechanical reproduction led to a spectacular multiplication
of texts; the third, which we are now witnessing, has spurred a transition from printed matter to digital information, and with it a huge explosion
of availability and access.

From papyrus to parchment, from parchment to paper and from paper to bytes. Covering this route one soon sees that the last metamorphosis is rather different than the previous one, because when passing from the material universe of rolls, codices or books to the virtual world of networks the spatial needs of conventional libraries fade away. From the classical world to the 20th century, libraries have been at once deposits for manuscripts or printed matter and places in which to study them, but neither one nor the other seem essential nowadays: both storage areas and reading halls will be – most seem to think – progessively replaced by computer files and individual screens, thereby making specific buildings unncessary and rendering our beloved libraries superfluous architectures, built fossiles of an information age that is reaching its demise. Is that indeed their fate?

Even though the present troubles of booksellers and editors may describe a landscape of crisis, libraries still have justified hopes for survival, as evidenced by the adaptation of large institutions to the web’s demands – which they have managed to make compatible with their traditional functions –, as well as by the profusion and popularity of the smaller ones, transformed into social centers that, besides offering books, magazines or internet connection, provide comfortable and quiet premises for the young and the elderly. After all, human beings like getting together, and working from home cannot replace the interactive vitality of an office, nor can reading on lonely screens replace the casual contact in research centers, universities or libraries. Just like distance learning did not make classrooms disappear, the virtual library will not entail the final extinction of our resilient material library.