Dialogues or Logos: between the Schaulager and Prada Digital version 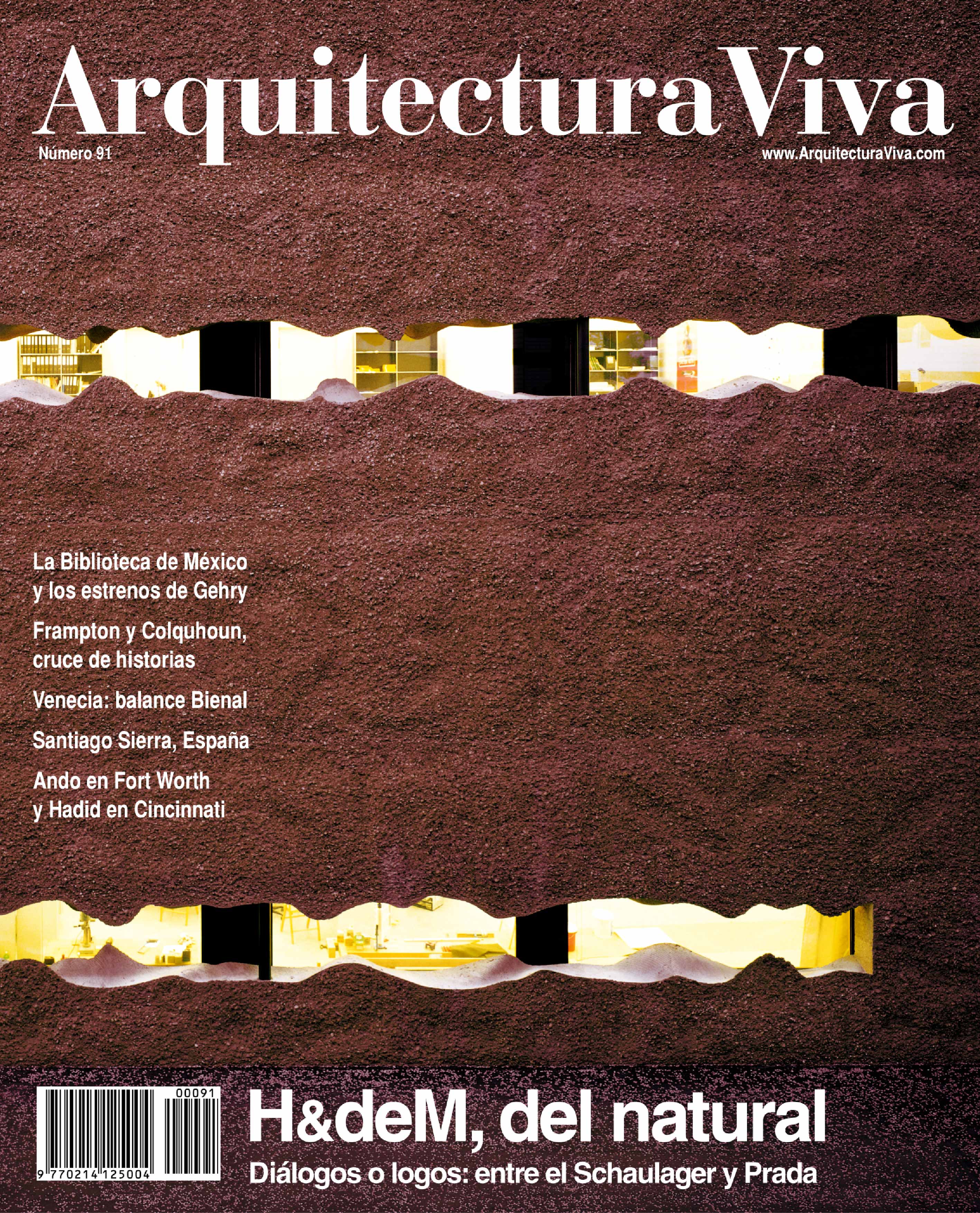 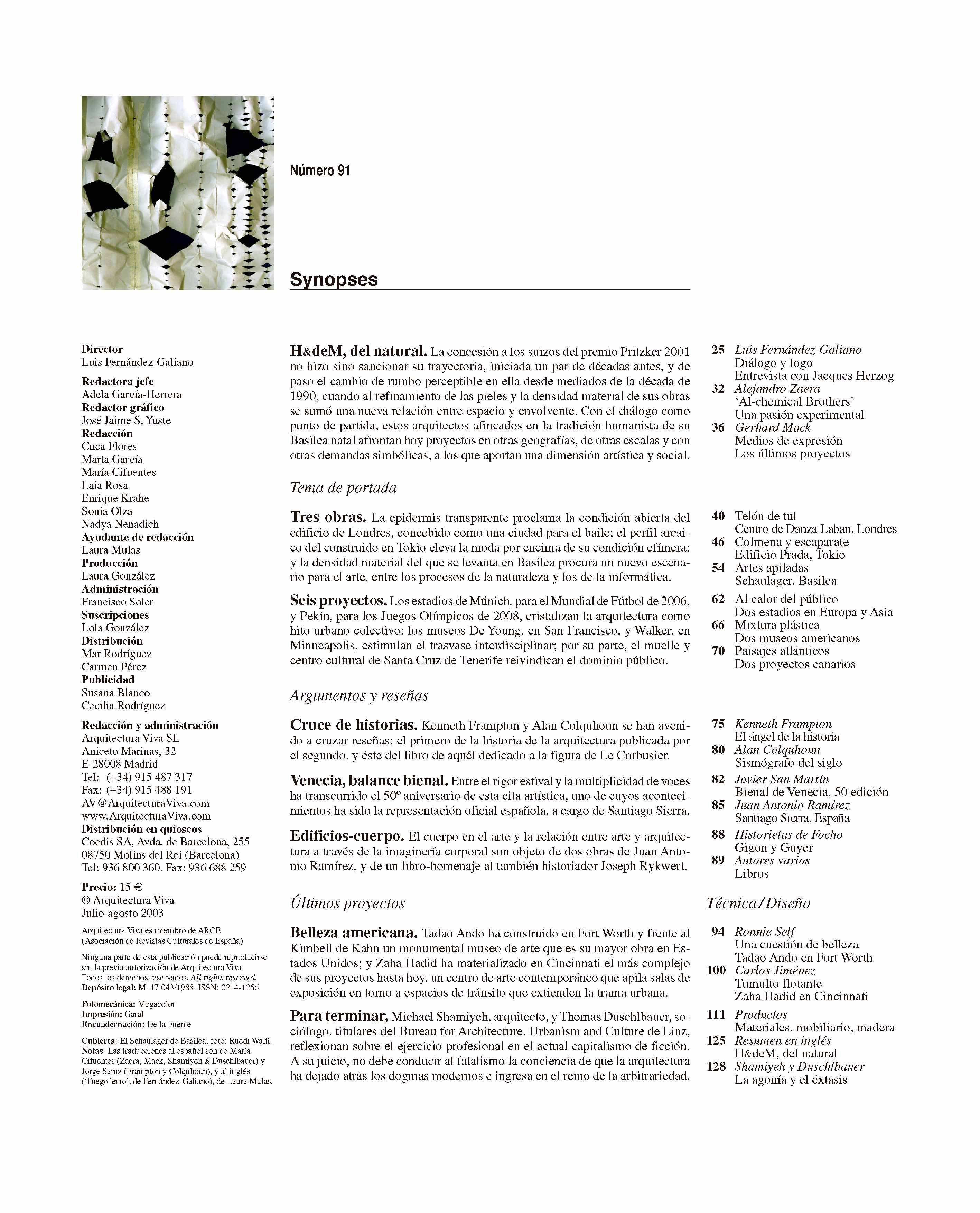 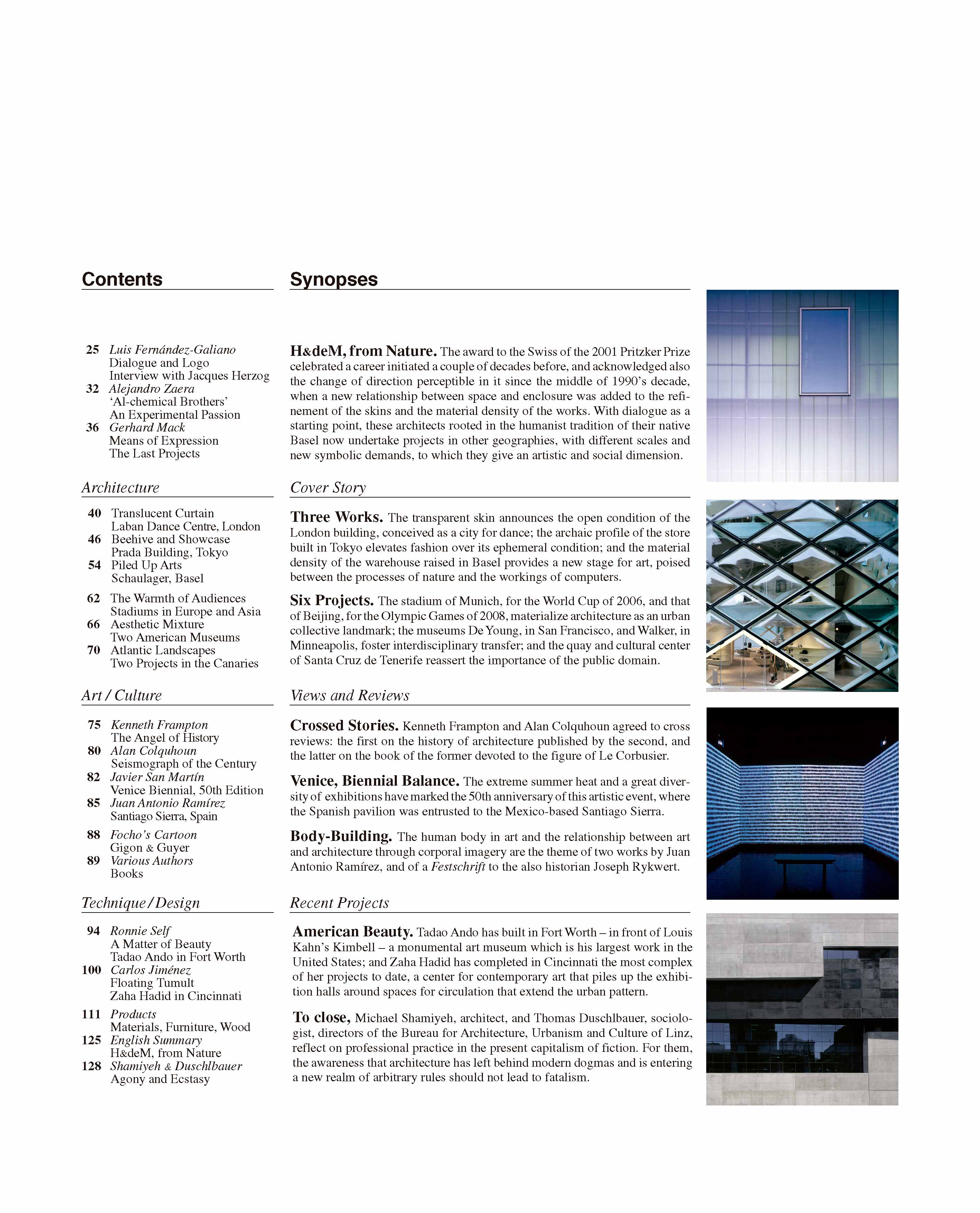 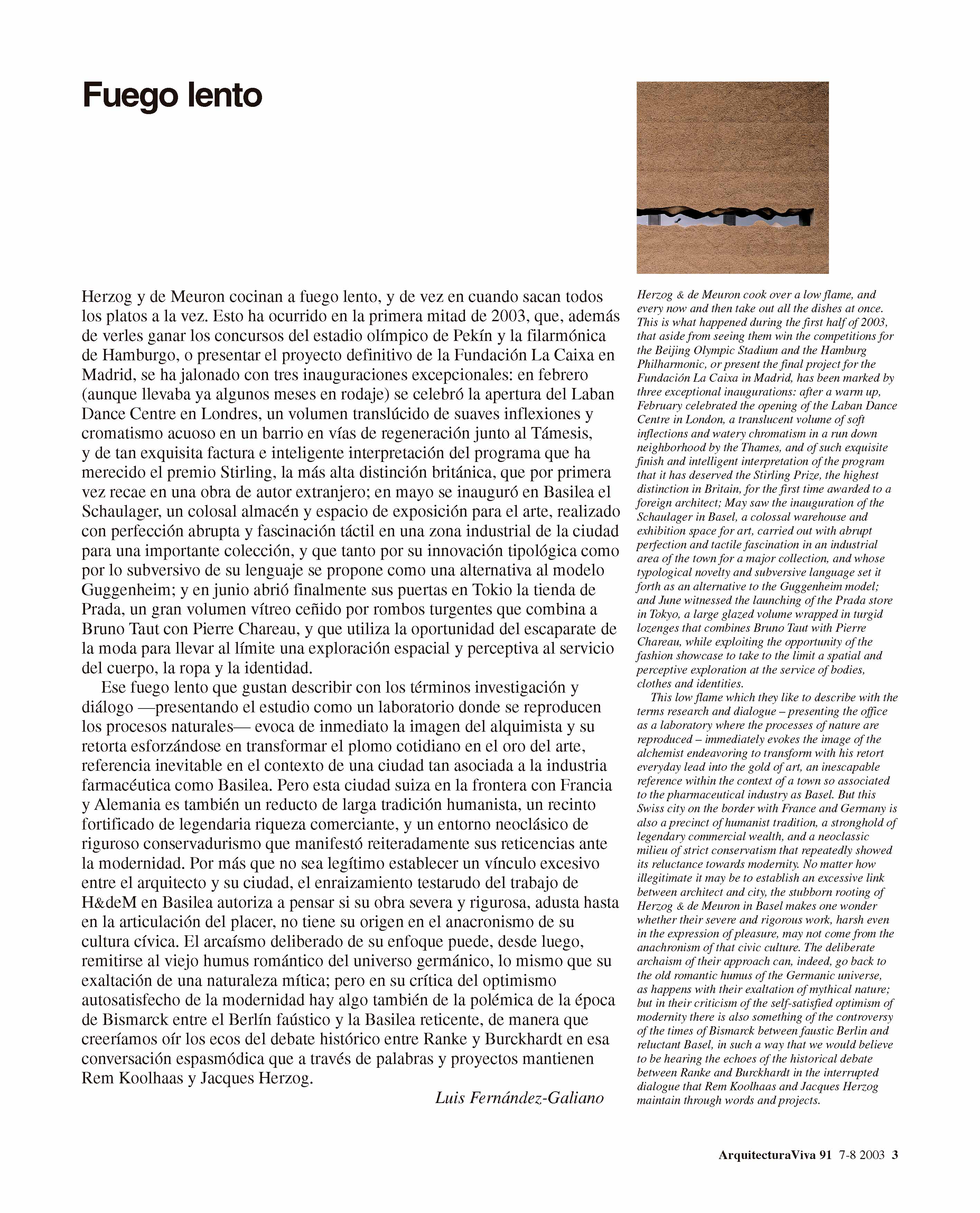 Dialogues or Logos: between the Schaulager and Prada Digital version

Dialogues or Logos: between the Schaulager and Prada 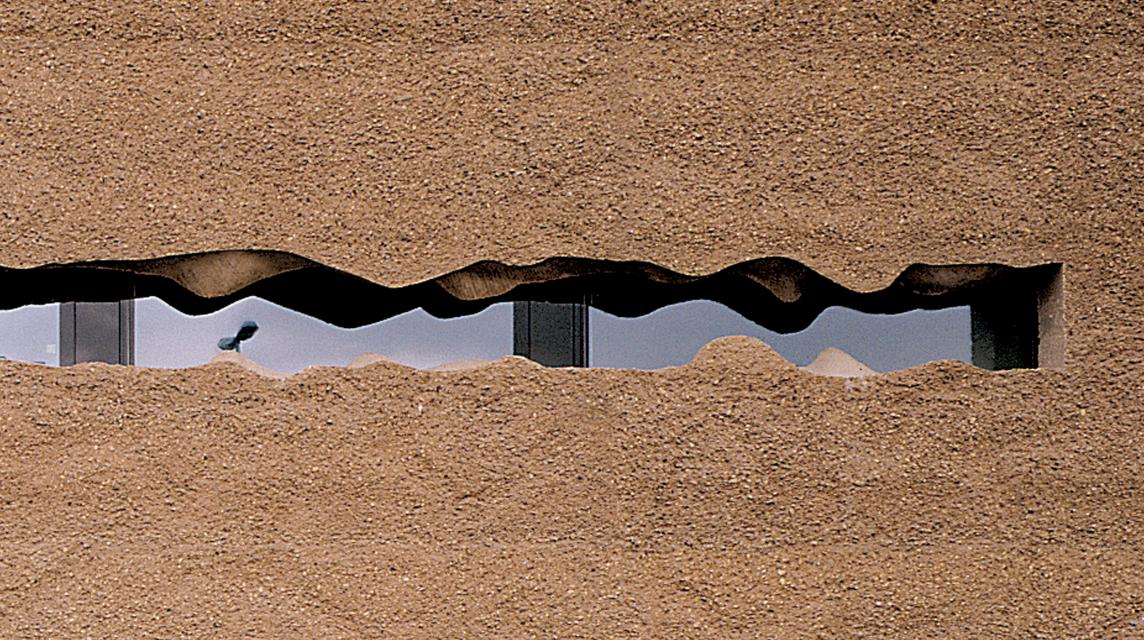 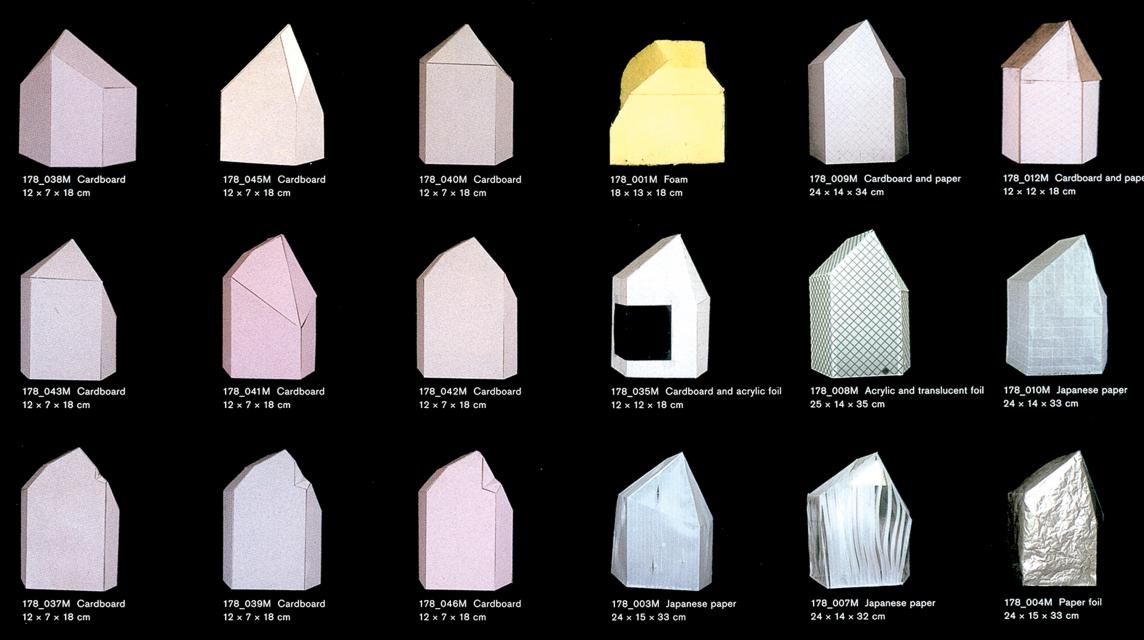 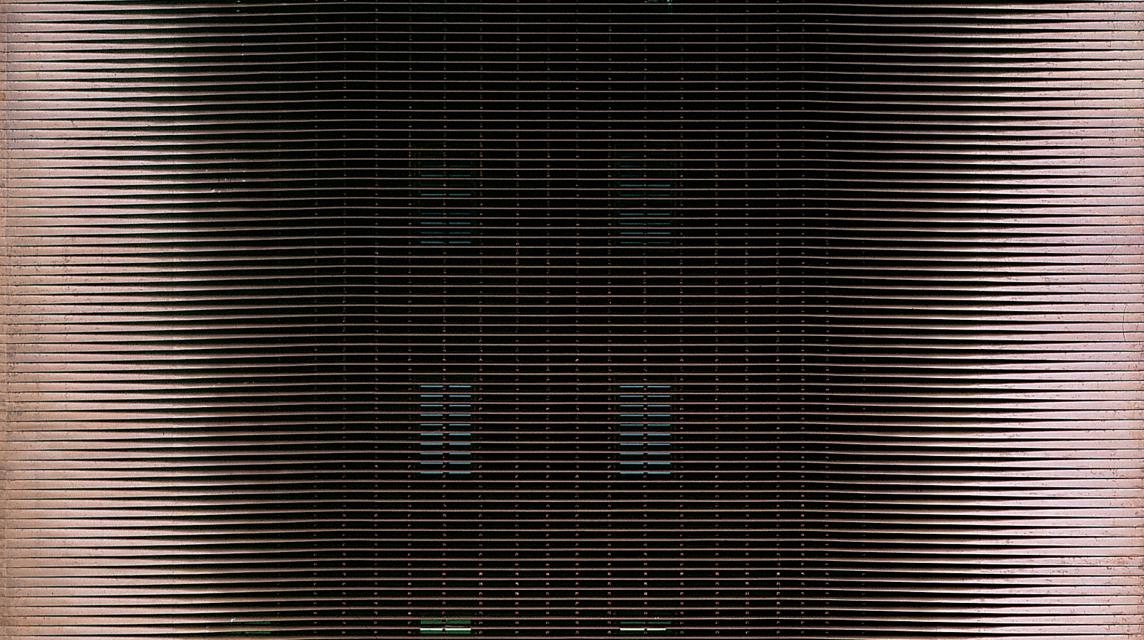 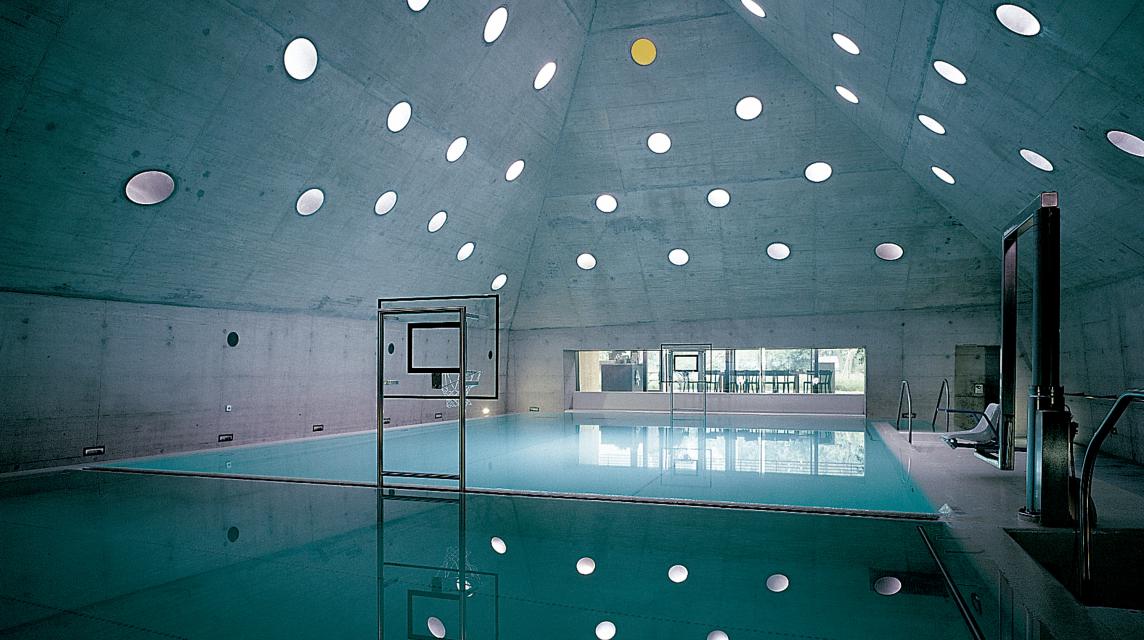 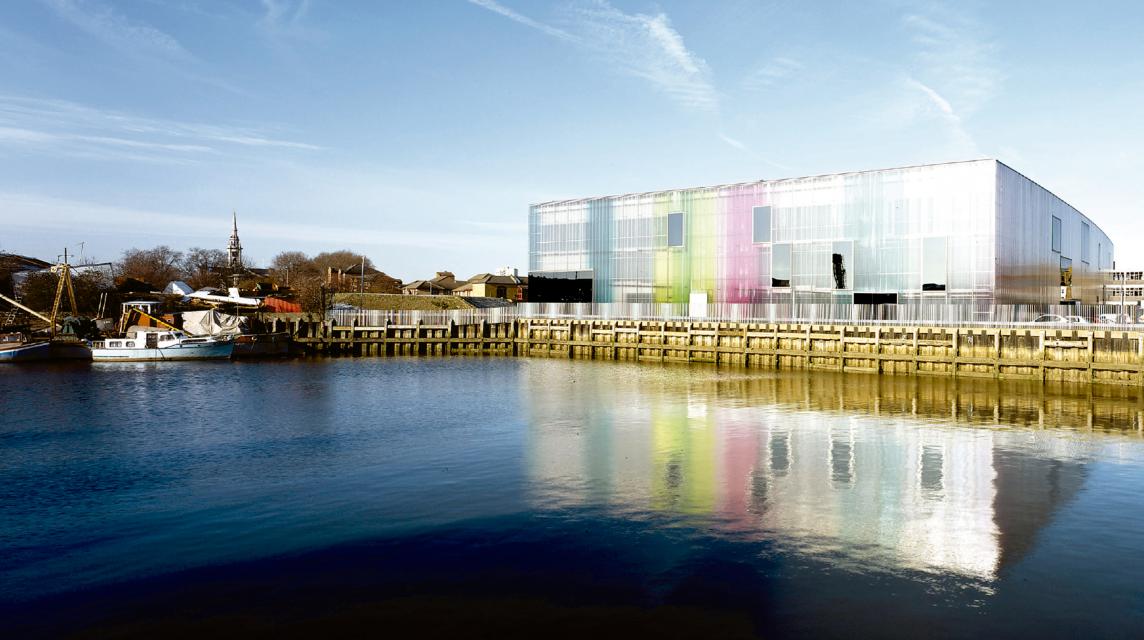 Herzog & de Meuron   United Kingdom   Deptford is a restructuring area, southeast of London, where the Laban Center has been constructed. St. Paul’s Church becomes an important point of reference for this new complex. The large, embracing gesture of the Laban building volume gives the ef 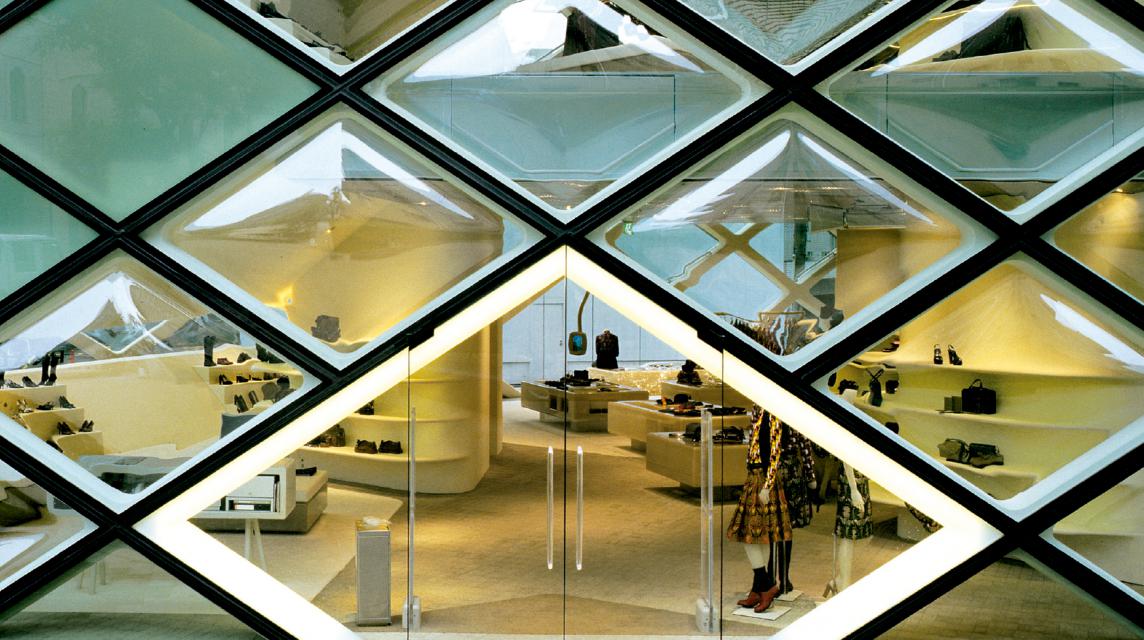 Herzog & de Meuron   Japan   The initial observation of the site revealed two things: on the one hand, the extreme heterogeneity of the area freed from the need to meet any contextual requirements, and on the other, the site was surrounded by a low-rise type of building. No squa 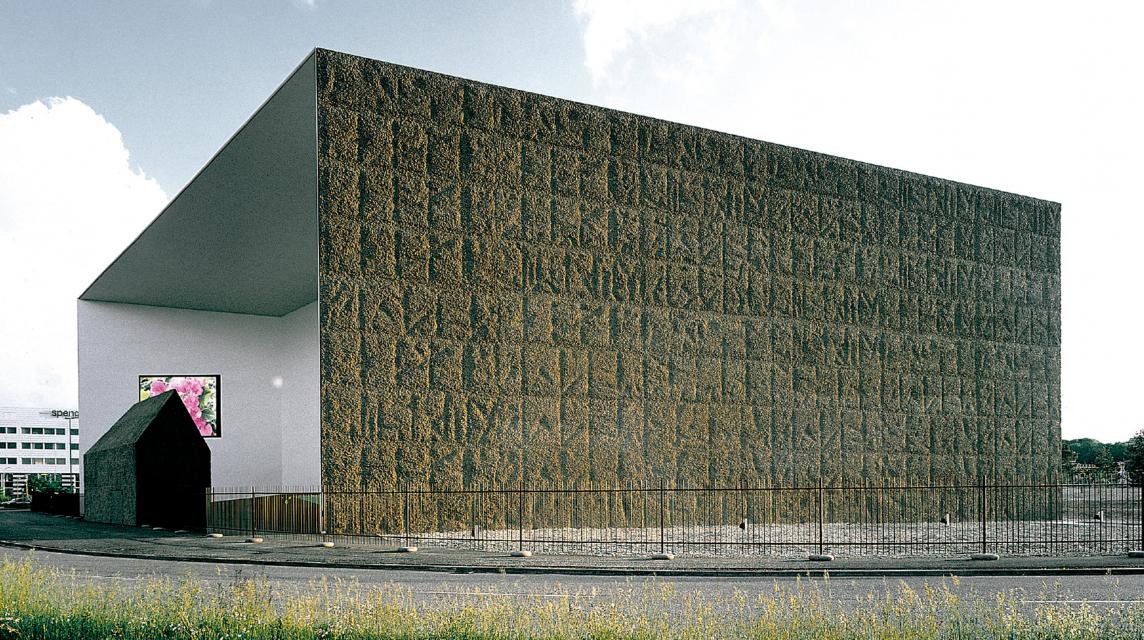 Herzog & de Meuron   Switzerland   What is the point of a Schaulager, of a building in which art is stored but still accessible to the public? What ideas about art and collection strategy does it involve, and what is the best architectural and urban concept for it? The brief: a wareho 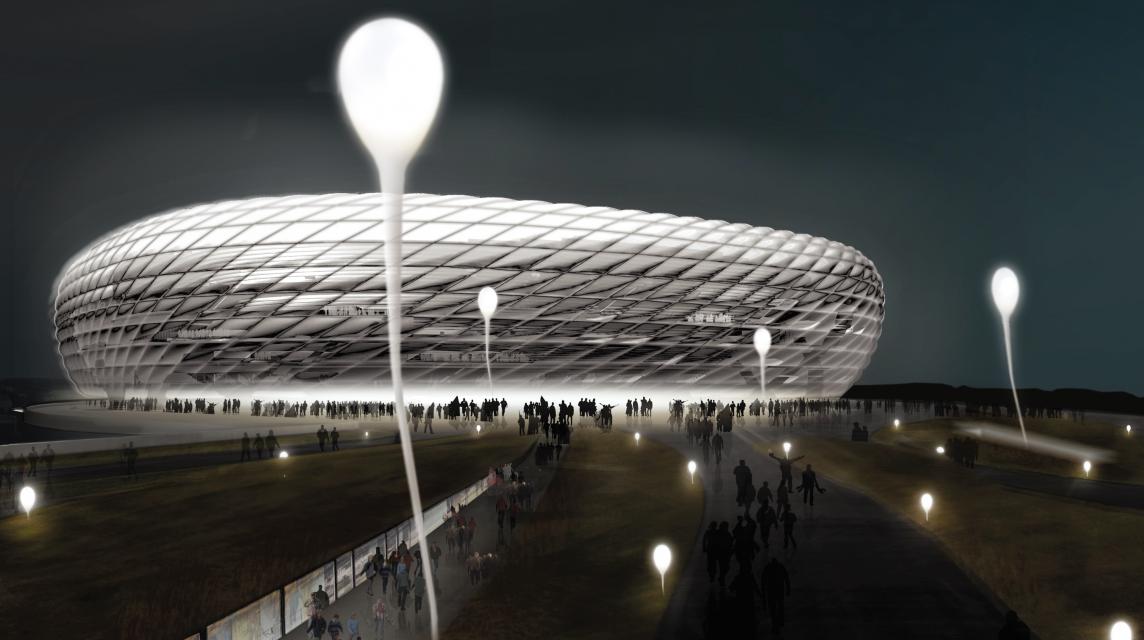 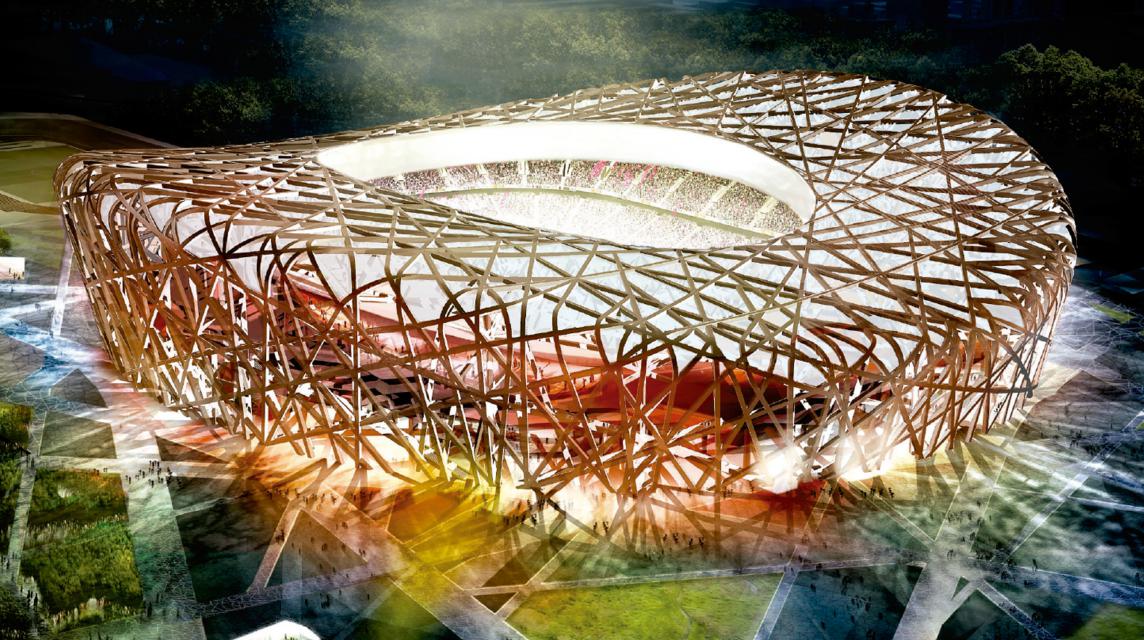 Herzog & de Meuron   China   The new National Stadium is located on a gentle rise in the center of the Olympic complex. It is conceived as a large collective vessel. The stadium’s appearance is pure structure. Facade and structure are identical. The structural elements mutually 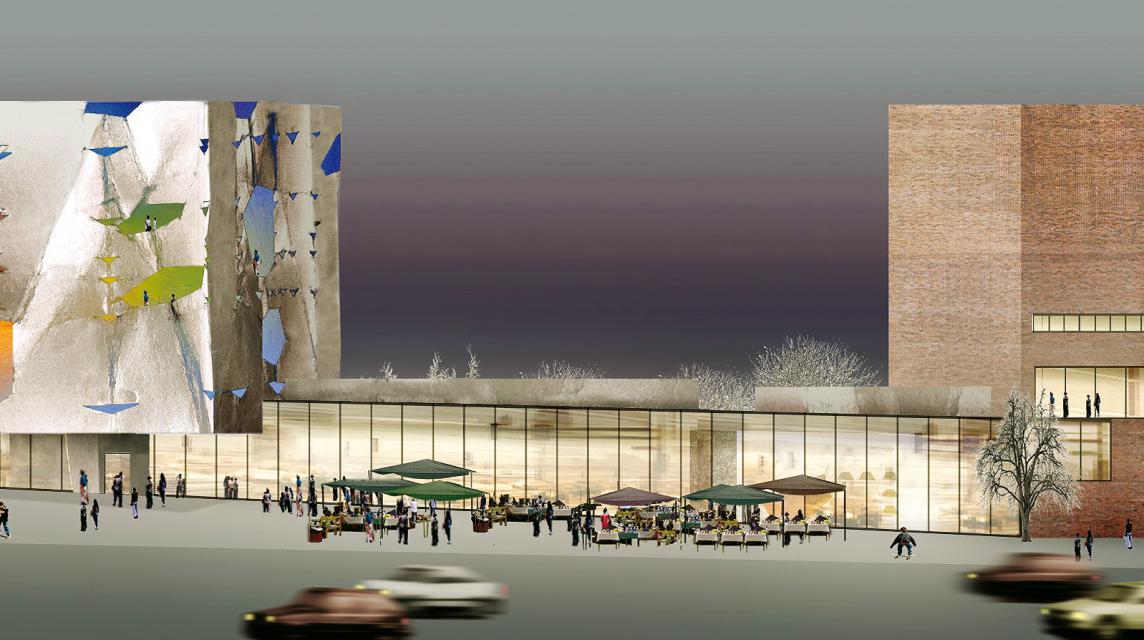 Herzog & de Meuron   Spain   The Centro Cultural will become a new and lively place for people of all generations and with various interests. In order to achieve that, the architectural concept promotes that the different activities and spaces of the Center interfuse and interfl

Herzog & de Meuron   Spain   Tenerife is the result of volcanic eruption. The steep shores and the abrupt transition from scarce land to the Atlantic is a physical reality which has always determined the urbanization on the island. Therefore the relation between sea and land is

Santiago Sierra at the Venice Biennale

Museum of Modern Art, Fort Worth

H&deM, from Nature. The award to the Swiss of the 2001 Pritzker Prize celebrated a career initiated a couple of decades before, and acknowledged also the change of direction perceptible in it since the middle of 1990’s decade, when a new relationship between space and enclosure was added to the refinement of the skins and the material density of the works. With dialogue as a starting point, these architects rooted in the humanist tradition of their native Basel now undertake projects in other geographies, with different scales and new symbolic demands, to which they give an artistic and social dimension.

Three Works. The transparent skin announces the open condition of the London building, conceived as a city for dance; the archaic profile of the store built in Tokyo elevates fashion over its ephemeral condition; and the material density of the warehouse raised in Basel provides a new stage for art, poised between the processes of nature and the workings of computers.

Six Projects. The stadium of Munich, for the World Cup of 2006, and that of Beijing, for the Olympic Games of 2008, materialize architecture as an urban collective landmark; the museums De Young, in San Francisco, and Walker, in Minneapolis, foster interdisciplinary transfer; and the quay and cultural center of Santa Cruz de Tenerife reassert the importance of the public domain.
The Warmth of Audiences
Stadiums in Europe and Asia
Aesthetic Mixture
Two American Museums
Atlantic Landscapes
Two Projects in the Canaries

Crossed Stories. Kenneth Frampton and A to cross reviews: the first on the history of architecture published by the second, and the latter on the book of the former devoted to the figure of Le Corbusier.

Venice, Biennial Balance. The extreme summer heat and a great diversity of exhibitions have marked the 50th anniversary of this artistic event, where the Spanish pavilion was entrusted to the Mexico-based Santiago Sierra.  Javier San Martín
Venice Biennial, 50th Edition
Juan Antonio Ramírez
Santiago Sierra, SpainBody-Building. The human body in art and the relationship between art and architecture through corporal imagery are the theme of two works by Juan Antonio Ramírez, and of a Festschrift to the also historian Joseph Rykwert.
Focho’s Cartoon
Gigon & Guyer
Various Authors
Books
Recent Projects

American Beauty. Tadao Ando has built in Fort Worth – in front of Louis Kahn’s Kimbell – a monumental art museum which is his largest work in the United States; and Zaha Hadid has completed in Cincinnati the most complex of her projects to date, a center for contemporary art that piles up the exhibition halls around spaces for circulation that extend the urban pattern.

To close, a reflection by Jacques Herzog on the contemporary city, a cultural ‘construction’ that, paradoxically, is as real as it is unapprehensible. If 9/11 showed its vulnerability when its vital points were attacked, the only defense strategy seems to be to blur its urban singularity, an illusory option after all: no city with a history can become an ‘indifferent city’.  Products
Materials, Furniture, Wood
Jacques Herzog
Terror without Theory

Herzog & de Meuron cook over a low flame, and every now and then take out all the dishes at once. This is what happened during the first half of 2003, that aside from seeing them win the competitions for the Beijing Olympic Stadium and the Hamburg Philharmonic, or present the final project for the Fundación La Caixa in Madrid, has been marked by three exceptional inaugurations: after a warm up, February celebrated the opening of the Laban Dance Centre in London, a translucent volume of soft inflections and watery chromatism in a run down neighborhood by the Thames, and of such exquisite finish and intelligent interpretation of the program that it has deserved the Stirling Prize, the highest distinction in Britain, for the first time awarded to a foreign architect; May saw the inauguration of the Schaulager in Basel, a colossal warehouse and exhibition space for art, carried out with abrupt perfection and tactile fascination in an industrial area of the town for a major collection, and whose typological novelty and subversive language set it forth as an alternative to the Guggenheim model; and June witnessed the launching of the Prada store in Tokyo, a large glazed volume wrapped in turgid lozenges that combines Bruno Taut with Pierre Chareau, while exploiting the opportunity of the fashion showcase to take to the limit a spatial and perceptive exploration at the service of bodies, clothes and identities.

This low flame which they like to describe with the terms research and dialogue – presenting the office as a laboratory where the processes of nature are reproduced – immediately evokes the image of the alchemist endeavoring to transform with his retort everyday lead into the gold of art, an inescapable reference within the context of a town so associated to the pharmaceutical industry as Basel. But this Swiss city on the border with France and Germany is also a precinct of humanist tradition, a stronghold of legendary commercial wealth, and a neoclassic milieu of strict conservatism that repeatedly showed its reluctance towards modernity. No matter how illegitimate it may be to establish an excessive link between architect and city, the stubborn rooting of Herzog & de Meuron in Basel makes one wonder whether their severe and rigorous work, harsh even in the expression of pleasure, may not come from the anachronism of that civic culture. The deliberate archaism of their approach can, indeed, go back to the old romantic humus of the Germanic universe, as happens with their exaltation of mythical nature; but in their criticism of the self-satisfied optimism of modernity there is also something of the controversy of the times of Bismarck between faustic Berlin and reluctant Basel, in such a way that we would believe to be hearing the echoes of the historical debate between Ranke and Burckhardt in the interrupted dialogue that Rem Koolhaas and Jacques Herzog maintain through words and projects.