Twelve Experiments, from the Catalog to the Exception Digital version 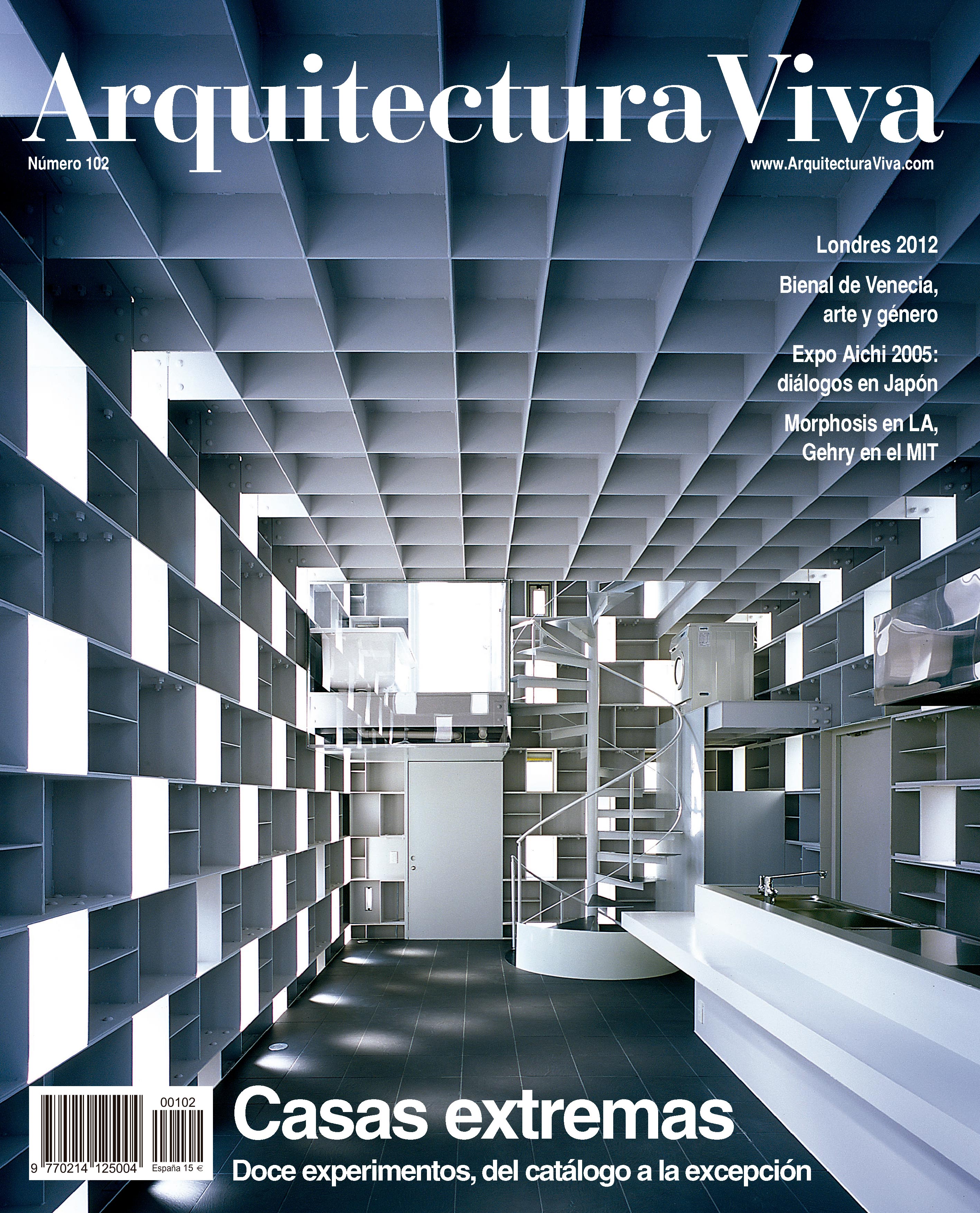 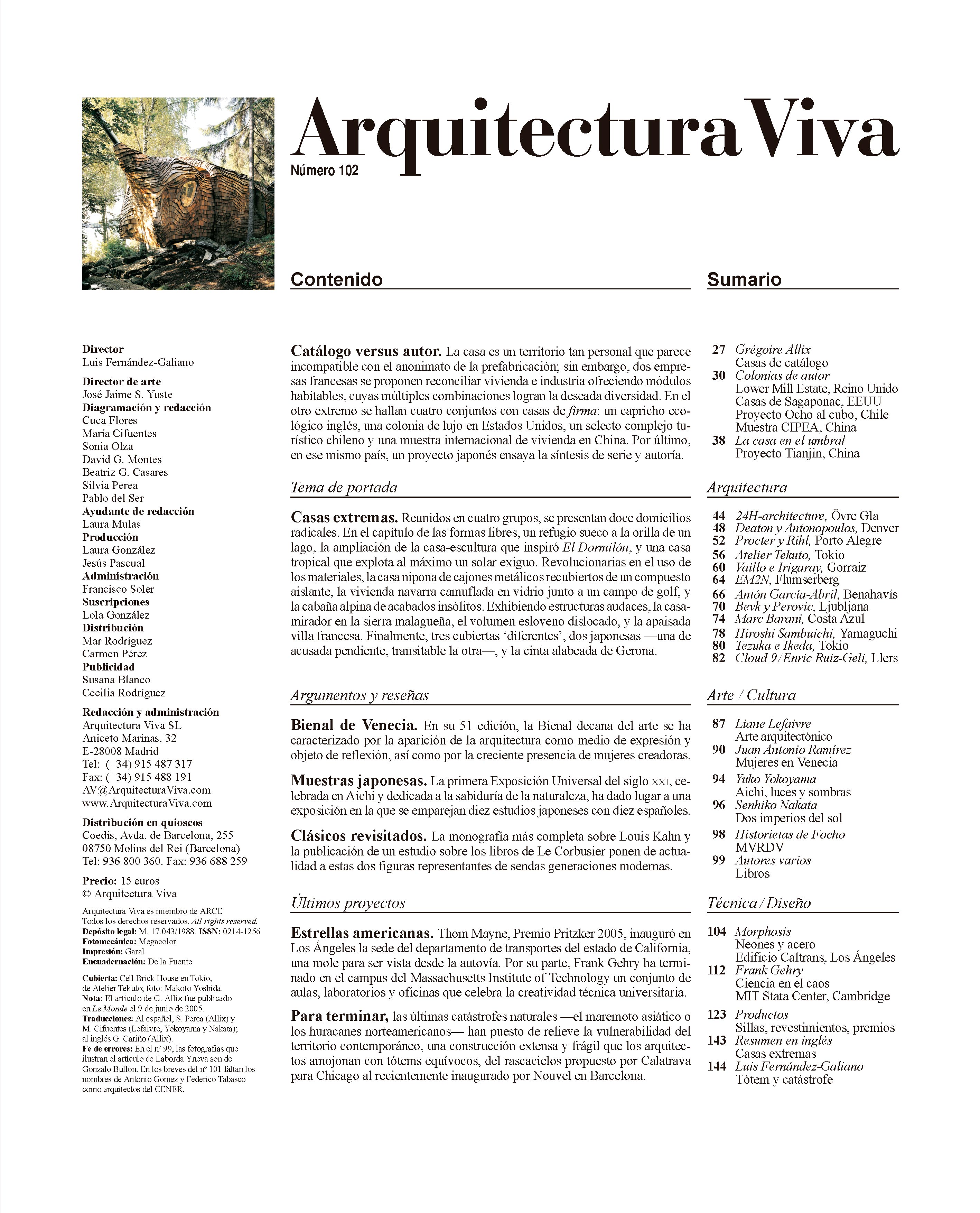 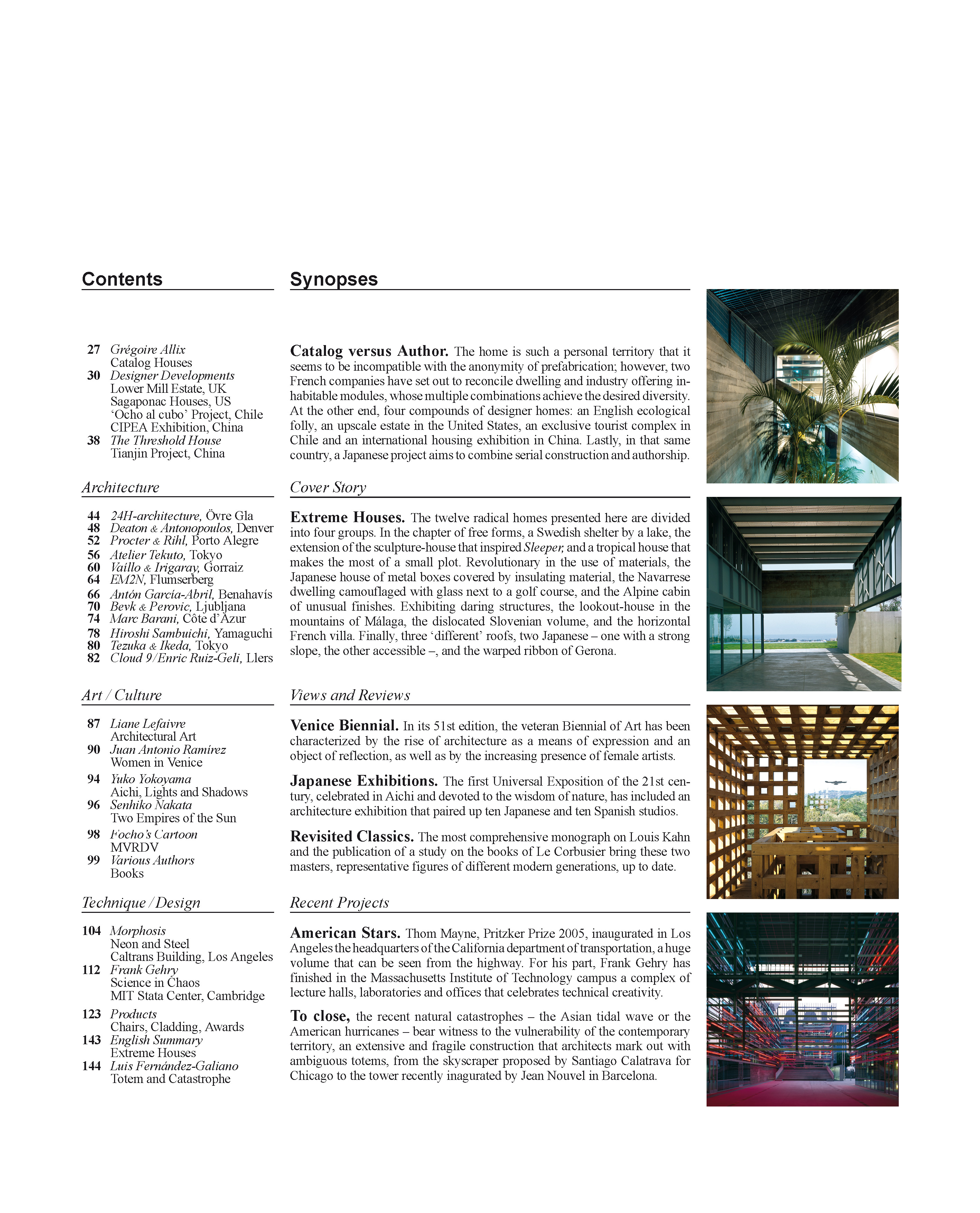 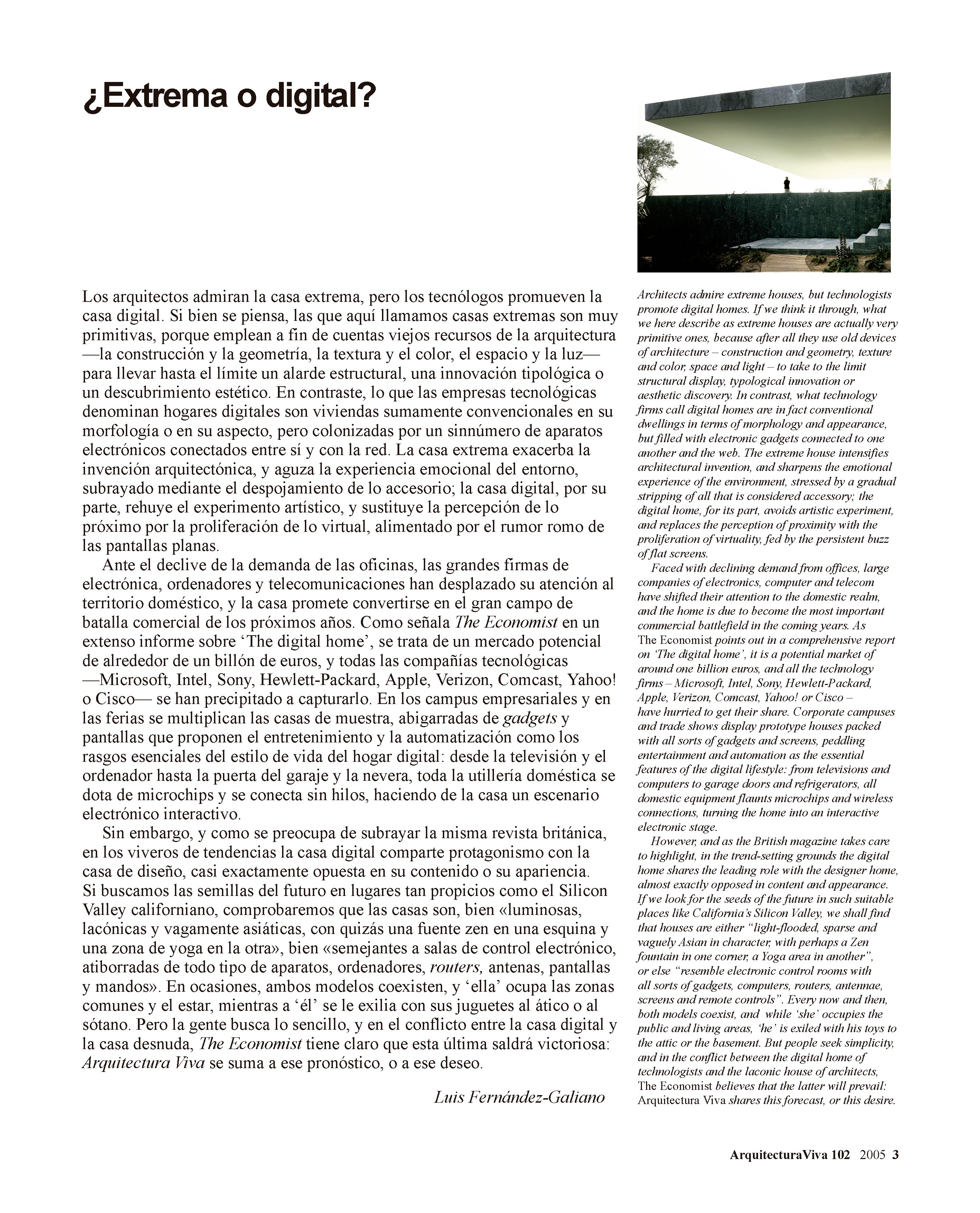 Twelve Experiments, from the Catalog to the Exception Digital version

Twelve Experiments, from the Catalog to the Exception 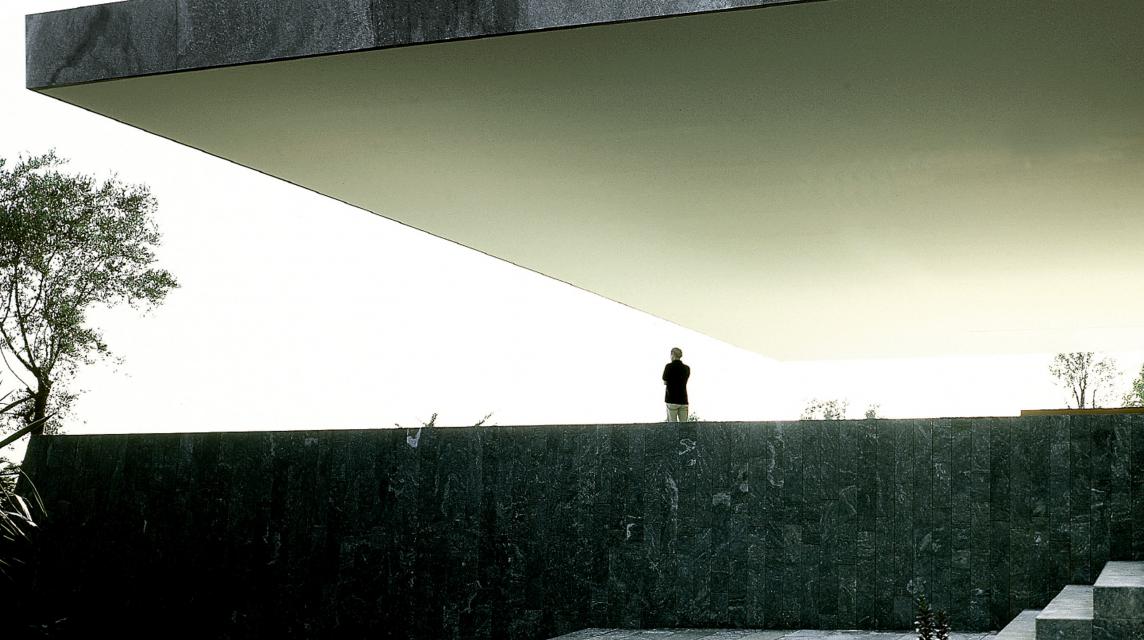 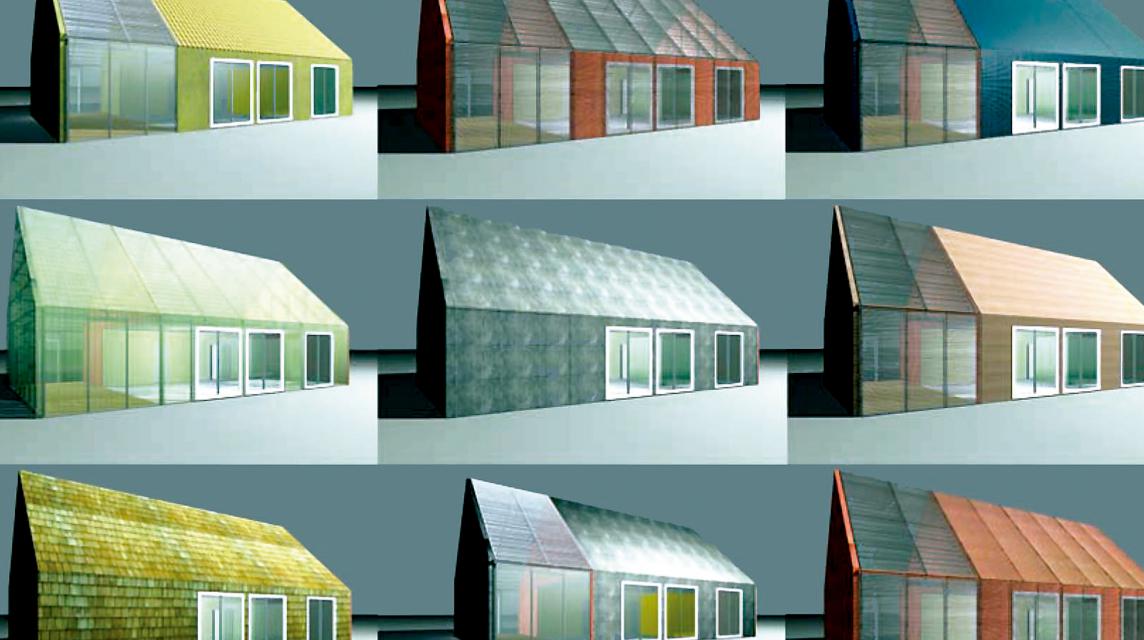 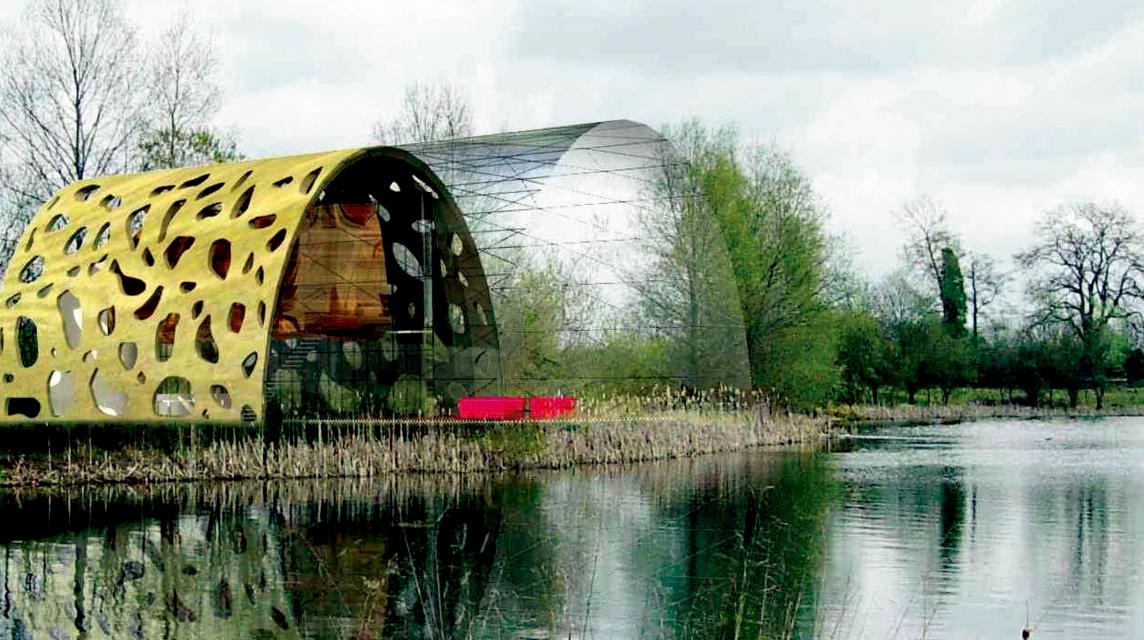 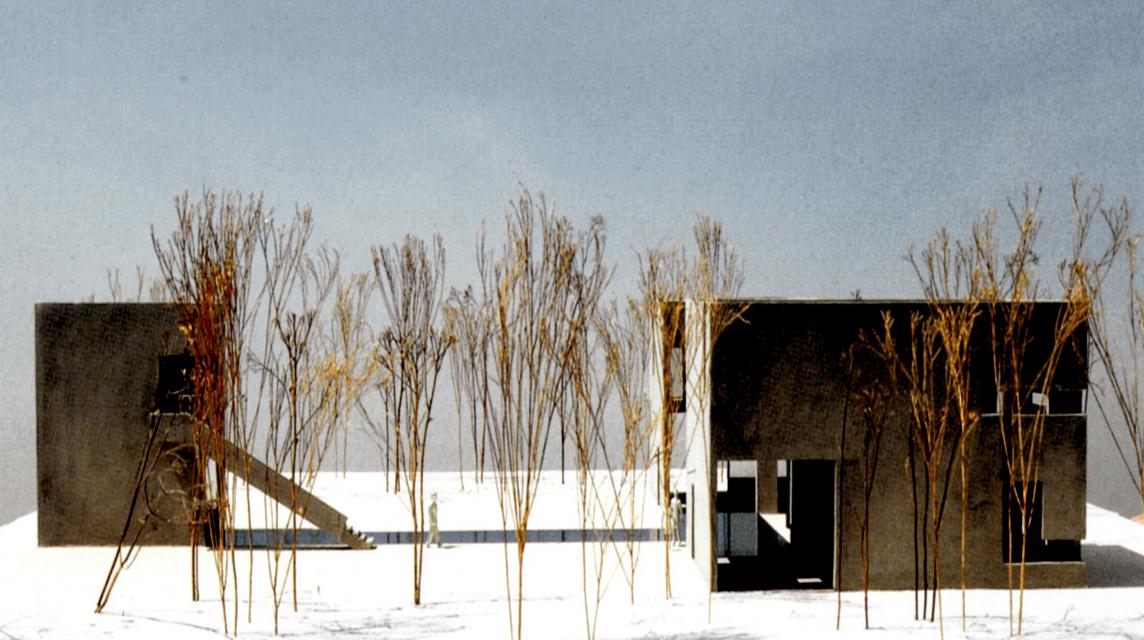 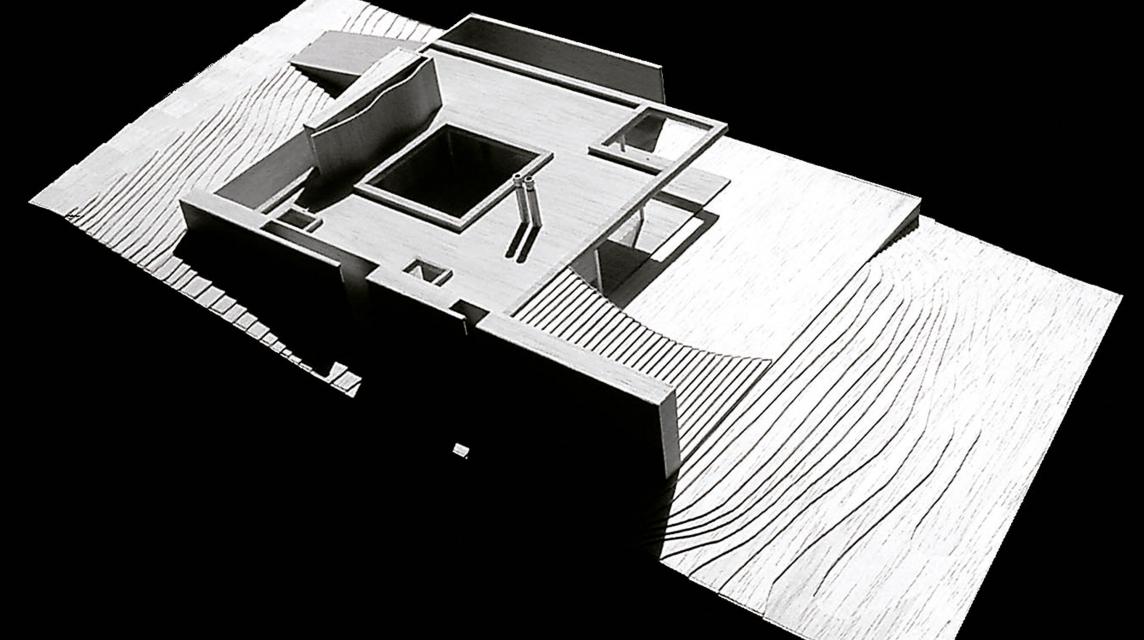 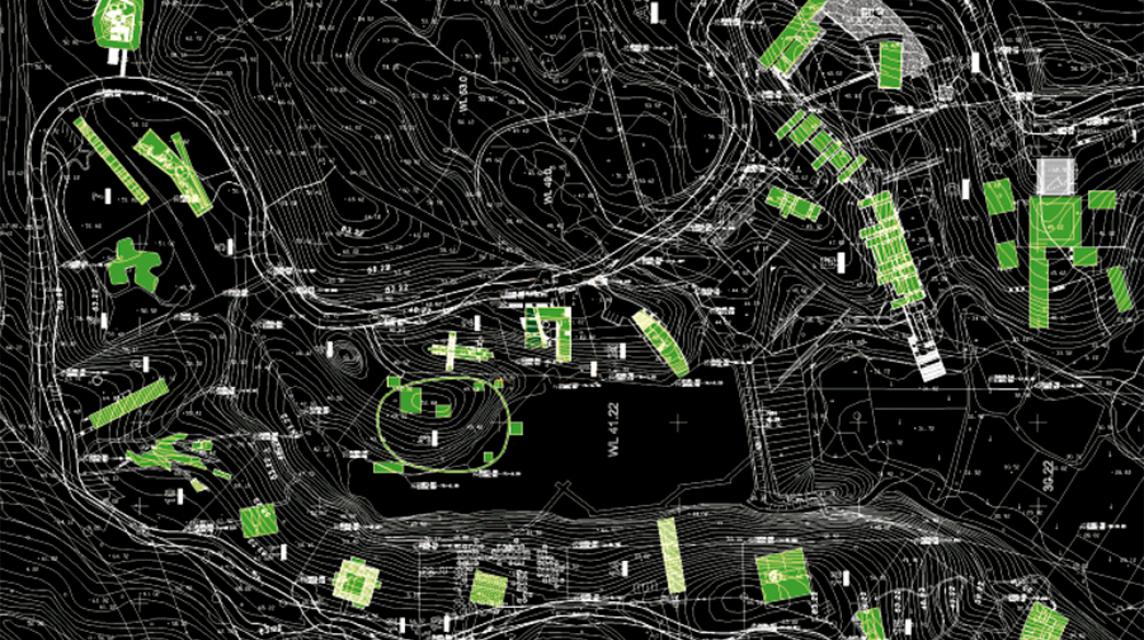 China   Used to visiting architecture exhibitions in which buildings are interpreted through plans, drawings and models, the organizers of this event – CIPEA, China International Practical Exhibition of Architecture – tried to make a change and show building 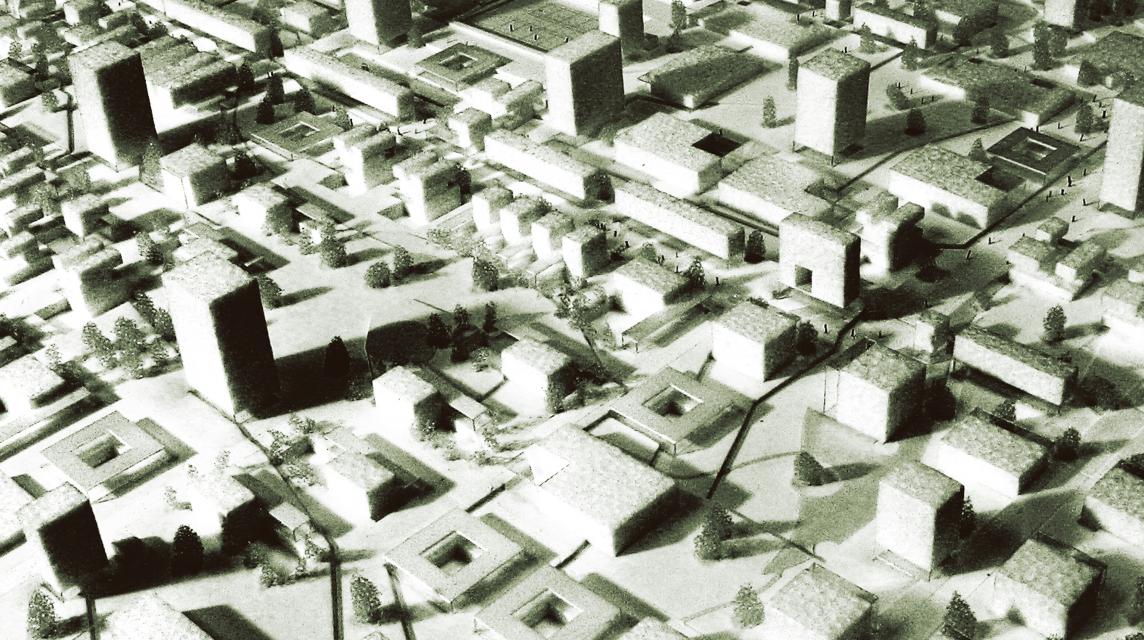 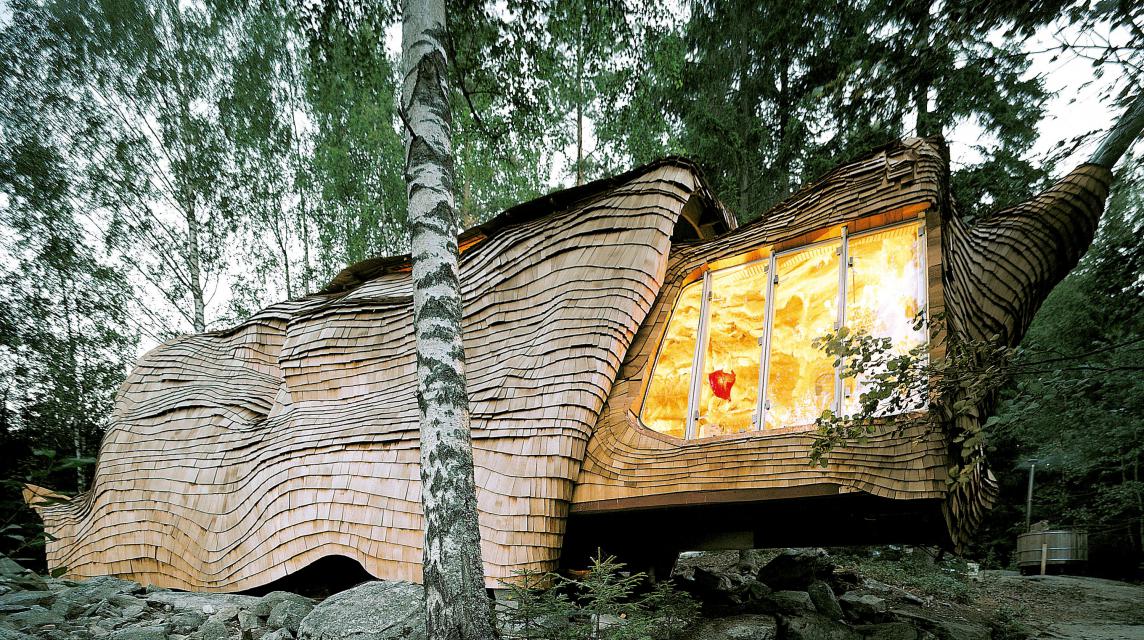 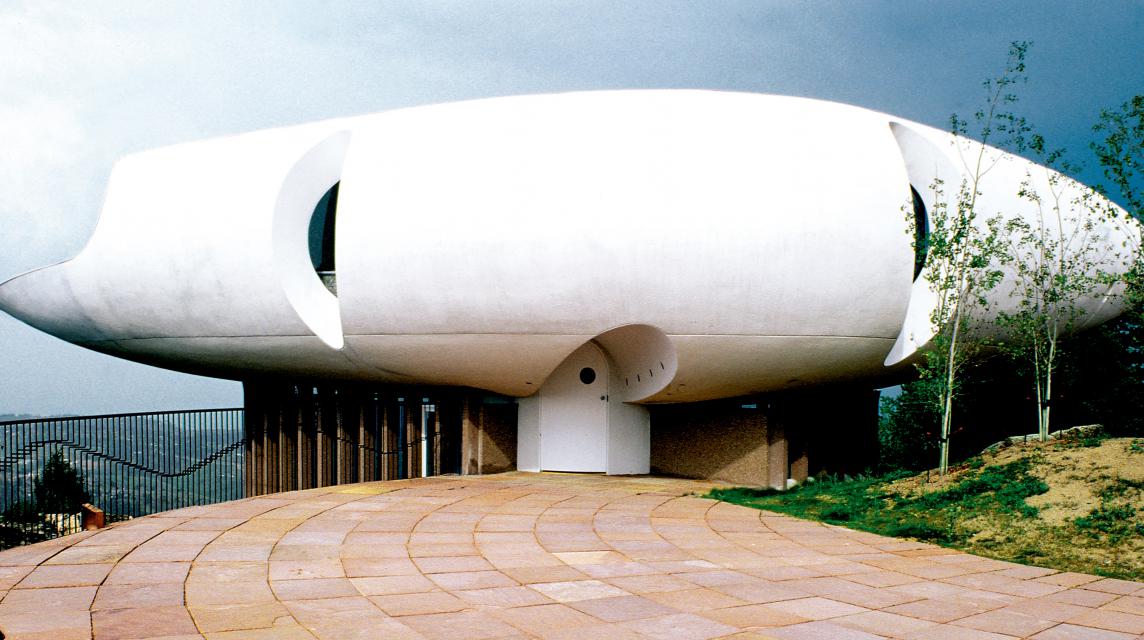 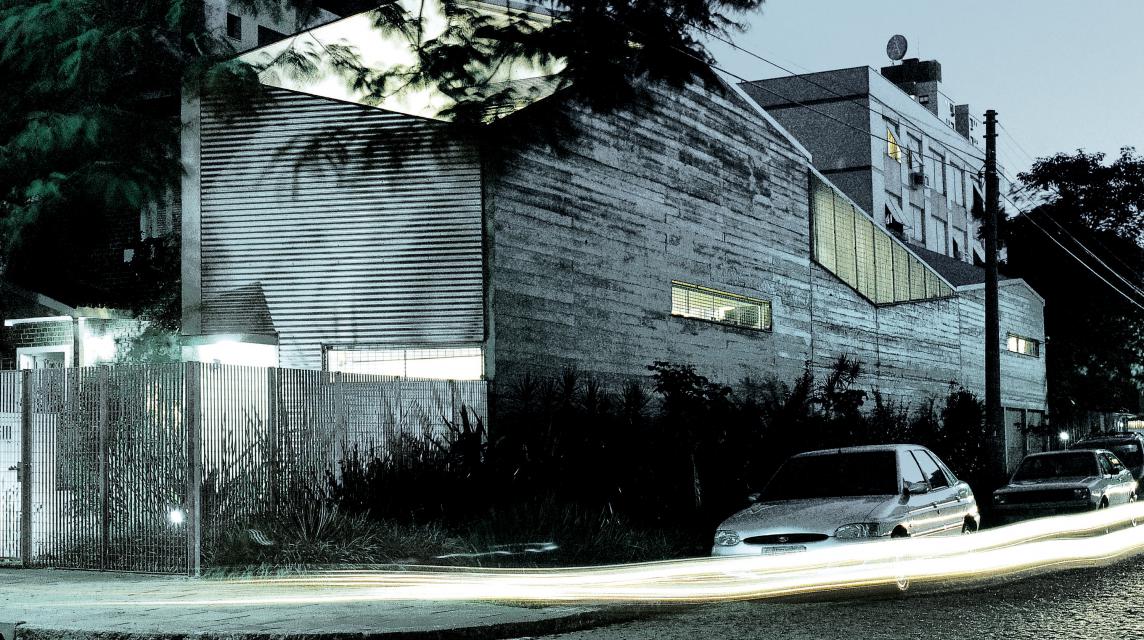 Two Empires of the Sun

Luis Fernández-Galiano   Apocalytic and totemic in the face of mass urbanity: following the early Umberto Eco, such could be the dilemma of today’s architects. If the semiologist of our pop youth distinguished between the apocalyptics who fear mass culture and the integrate

Catalog versus Author. The home is such a personal territory that it seems to be incompatible with the anonymity of prefabrication; however, two French companies have set out to reconcile dwelling and industry offering inhabitable modules, whose multiple combinations achieve the desired diversity. At the other end, four compounds of designer homes: an English ecological folly, an upscale estate in the United States, an exclusive tourist complex in Chile and an international housing exhibition in China. Lastly, in that same country, a Japanese project aims to combine serial construction and authorship.

Extreme Houses. The twelve radical homes presented here are divided into four groups. In the chapter of free forms, a Swedish shelter by a lake, the extension of the sculpture-house that inspired Sleeper, and a tropical house that makes the most of a small plot. Revolutionary in the use of materials, the Japanese house of metal boxes covered by insulating material, the Navarrese dwelling camouflaged with glass next to a golf course, and the Alpine cabin of unusual finishes. Exhibiting daring structures, the lookout-house in the mountains of Málaga, the dislocated Slovenian volume, and the horizontal French villa. Finally, three ‘different’ roofs, two Japanese – one with a strong slope, the other accessible –, and the warped ribbon of Gerona.

Venice Biennial. In its 51st edition, the veteran Biennial of Art has been characterized by the rise of architecture as a means of expression and an object of reflection, as well as by the increasing presence of female artists.

Japanese Exhibitions. The first Universal Exposition of the 21st century, celebrated in Aichi and devoted to the wisdom of nature, has included an architecture exhibition that paired up ten Japanese and ten Spanish studios.Yuko Yokoyama
Aichi, Lights and Shadows
Senhiko Nakata
Two Empires of the SunRevisited Classics. The most comprehensive monograph on Louis Kahn and the publication of a study on the books of Le Corbusier bring these two masters, representative figures of different modern generations, up to date.Focho’s Cartoon
MVRDV
Various Authors
BooksRecent Projects

American Stars. Thom Mayne, Pritzker Prize 2005, inaugurated in Los Angeles the headquarters of the California department of transportation, a huge volume that can be seen from the highway. For his part, Frank Gehry has finished in the Massachusetts Institute of Technology campus a complex of lecture halls, laboratories and offices that celebrates technical creativity.

To close, the recent natural catastrophes – the Asian tidal wave or the American hurricanes – bear witness to the vulnerability of the contemporary territory, an extensive and fragile construction that architects mark out with ambiguous totems, from the skyscraper proposed by Santiago Calatrava for Chicago to the tower recently inagurated by Jean Nouvel in Barcelona.Products
Chairs, Cladding, Awards
English Summary
Extreme Houses
Luis Fernández-Galiano
Totem and Catastrophe

Architects admire extreme houses, but technologists promote digital homes. If we think it through, what we here describe as extreme houses are actually very primitive ones, because after all they use old devices of architecture – construction and geometry, texture and color, space and light – to take to the limit structural display, typological innovation or aesthetic discovery. In contrast, what technology firms call digital homes are in fact conventional dwellings in terms of morphology and appearance, but filled with electronic gadgets connected to one another and the web. The extreme house intensifies architectural invention, and sharpens the emotional experience of the environment, stressed by a gradual stripping of all that is considered accessory; the digital home, for its part, avoids artistic experiment, and replaces the perception of proximity with the proliferation of virtuality, fed by the persistent buzz of flat screens.

Faced with declining demand from offices, large companies of electronics, computer and telecom have shifted their attention to the domestic realm, and the home is due to become the most important commercial battlefield in the coming years. As The Economist points out in a comprehensive report on ‘The digital home’, it is a potential market of around one billion euros, and all the technology firms – Microsoft, Intel, Sony, Hewlett-Packard, Apple, Verizon, Comcast, Yahoo! or Cisco – have hurried to get their share. Corporate campuses and trade shows display prototype houses packed with all sorts of gadgets and screens, peddling entertainment and automation as the essential features of the digital lifestyle: from televisions and computers to garage doors and refrigerators, all domestic equipment flaunts microchips and wireless connections, turning the home into an interactive electronic stage.

However, and as the British magazine takes care to highlight, in the trend-setting grounds the digital home shares the leading role with the designer home, almost exactly opposed in content and appearance. If we look for the seeds of the future in such suitable places like California’s Silicon Valley, we shall find that houses are either “light-flooded, sparse and vaguely Asian in character, with perhaps a Zen fountain in one corner, a Yoga area in another”, or else “resemble electronic control rooms with all sorts of gadgets, computers, routers, antennae, screens and remote controls”. Every now and then, both models coexist, and while ‘she’ occupies the public and living areas, ‘he’ is exiled with his toys to the attic or the basement. But people seek simplicity, and in the conflict between the digital home of technologists and the laconic house of architects, The Economist believes that the latter will prevail: Arquitectura Viva shares this forecast, or this desire.