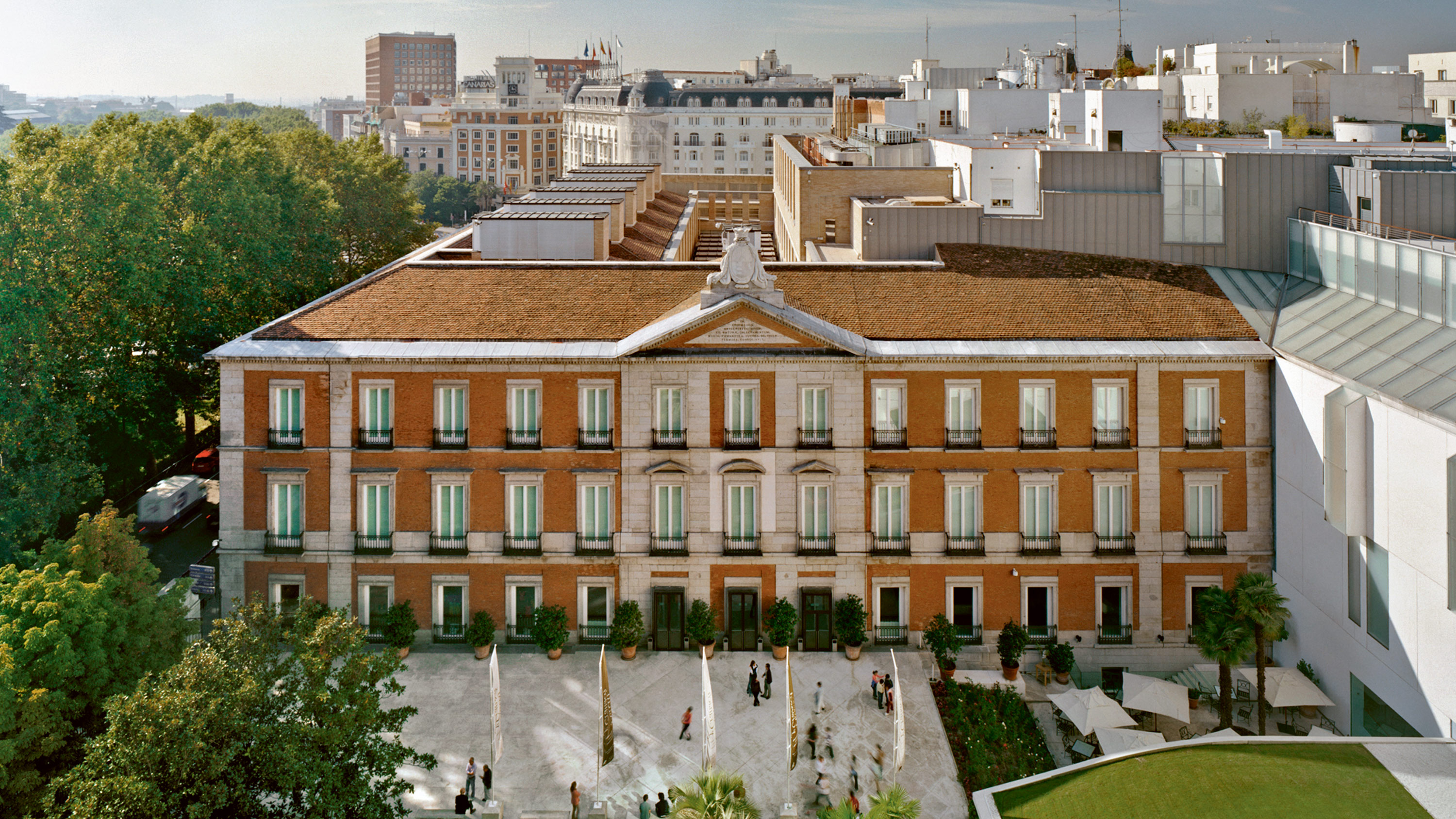 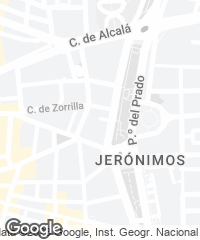 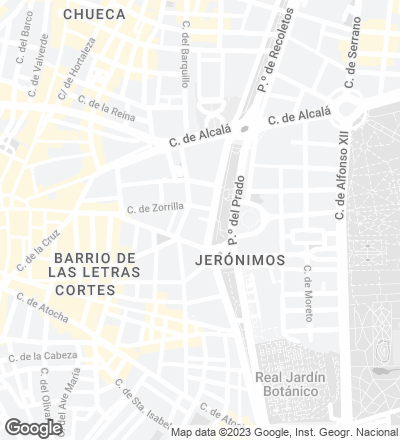 The Villahermosa Palace was built by Ales­sandro Pico della Mirándola, in collaboration with Francisco Sánchez. In 1771 ownership was transferred to the Duke of Villahermosa, who commissioned Manuel Martín Rodriguez and Silvestre Pérez to plan reforms. Though draw­ings of their proposals have been conserved, these were not actually carried out. It was An­tonio López Aguado who eventually took charge of the reforms and to whom we must attribute the present facades.

As for what the original floor plan of the palace was like, we can only guess, for succes­sive interventions have transformed it altogether. After the Spanish War of Independence, and still under the supervision of López Aguado, the main entry was moved - by way of a spacious garden - to the north facade, which thereby became the main facade. This circumspect facade stuck to the typology of the existing openings, and in­cluded a central tripartite body framed by pilasters and crowned by a pediment. But such order and clarity did not extend to the floor plan. The new axis established by the tripartite body did nothing to organize the building’s system of walls, which seem to follow the dominant lines of the Prado promenade. Access from the Prado was never actually addressed, but the floor plan of the palace, with its monumental staircase at the center flanked by two courtyards, seems to have been conceived with that in mind.

The 1940s saw the installation of a bank branch in the palace, giving rise to the first razing of the walls. In 1973, the López-Quesada bank­ing group acquired the property and carried out extensive reforms. Down went the interior wall system, three basements were created, and the roof was modified; only the facades prevailed. The main entrance to the palace moved back to Carrera de San Jerónimo, while the north facade on Zorrilla Street now sheltered a covered patio at ground level for various banking transactions. But soon after the termination of the works López-Quesada fell into a serious financial crisis, and in 1980 the building was bought by the Bank of Spain. When negotiations with Baron von Thyssen on the temporary cession of his art col­lection commenced, the palace served as a deci­sive argument for the Spanish government.

The program for the building’s new function was clear enough. It was a matter of making room for a collection of almost eight hundred paint­ings, a collection of extreme variety. From the very beginning the idea was for a museum adapted to the architecture of the old palace. So it was necessary to recover the original architec­ture as nearly as possible, while at the same time providing the services stipulated in the contract for the temporary cession of the collection.

It was first and foremost deemed that the main access be through the garden on Zorrilla Street. Favoring such an opinion was the general desire to both refurbish the north facade and provide the museum with a quiet entrance. This meant re­orienting the palace and rebuilding its old struc­ture with only the facades and perimeter as guides. Thus, the new floor plan is based on a late episode in the evolution of the palace, the north facade. Behind this facade now is a spacious gallery, which turns into a void at the first-floor level and a patio at the second floor.

The desire to preserve the facades as much as possible determined the approach to be taken or the degree of intervention to be applied behind each one of them. The existing network of walls on the north side, overlooking the garden, has been strictly respected. A perimeter corridor was established on the Prado promenade side in order to raise a whole new series of walls perpendicular to it, and thus provide for the smaller halls re­quired by the program. Intervention is most in­tense behind the facade on the Carrera de San Jerónimo, where an ample bay has been created to give rise to a large hall. Completing the overall structure is an exterior wall, which serves to close the construction generated by the facades and yields an open space. This is a courtyard which takes on the role of center. The voids produced by this system of walls adjust to the rhythm of the openings on the facades. The general concor­dance between facades, access, courtyard and interior wall network is an attempt to decipher the hidden message behind the contained geometry of Villahermosa Palace...[+] 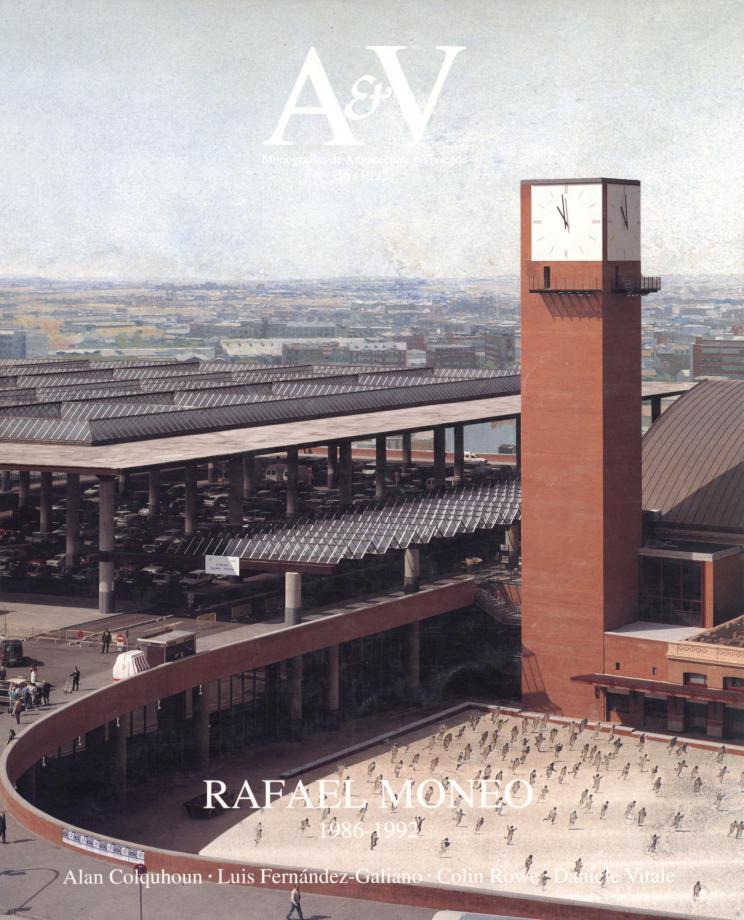