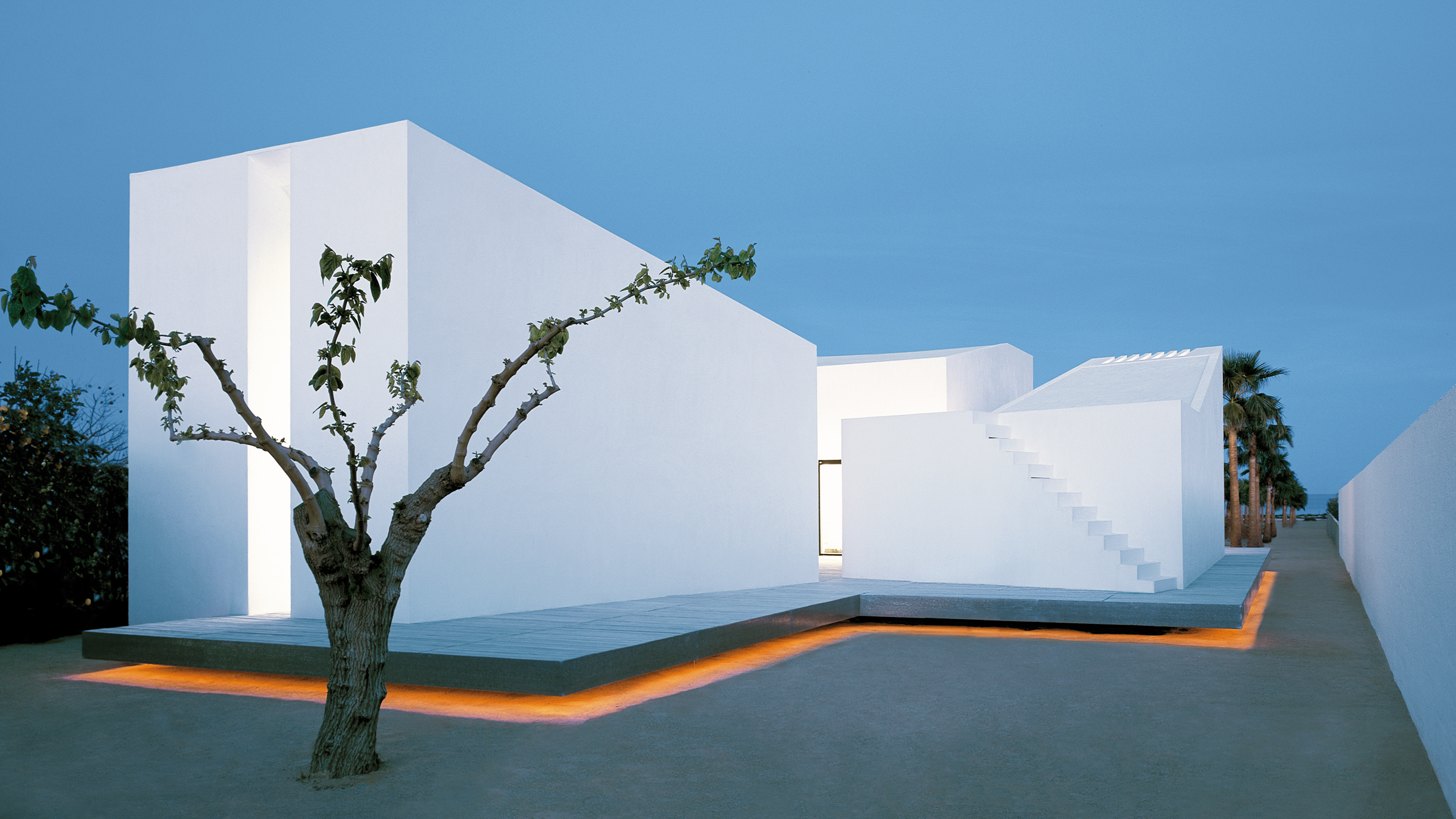 In the small town of Casas de Alcanar, south of the delta of the Ebro River, in a rich agricultural land where the farm fields stretch out until they meet the sea, a plot of quite unique dimensions (it measures 250 meters in length and 18 meters in width) lies perpendicular to the coast, stretching from the beach to a backdrop dotted by remains of old structures, bamboo canes and lemon trees. A walkway livened up by a grove of sixty Washingtonia palm trees, which trace a perfect and rigid grid, leads from the sand to the house. The disciplined orthogonal geometry is deliberately interrupted when one reaches the house, where the volumes are broken down to address the characteristics of the landscape, construction and light suggested in a painting of the area by Pablo Picassso, and which is kept in the Paris museum named after the artist.

The house is built on a platform raised seventy centimeters over the plot’s natural floodable level. On top of it rest three small volumes of irregular form both in plan and in section, carefully articulated around a void, which set up a studied dialogue through long perspectives. The central void hence becomes the main space of the dwelling; a tense space formed geometrically in its upper part by the tall opaque volumes of the different pavilions. From the floor level and up to a height of 2,10 meters it is drawn up as a continuous space that connects the different shaded interior rooms with the views of the sea, the surrounding vegetation and the living areas over the platform.

The building method is simple and carried out with economic materials that play an important role in the final appearance of the house because they are exposed in many of the surfaces. The walls are carried out with concrete block or with perforated brick whose lined surface interacts with the smooth texture of the plaster finish. The roof is clad in special white concrete floor tiles that manage to give the volumes a monolithic and abstract appearance, emphasized by the deep openings that seem to have been cut out of a solid piece. In the same way, the surface on which the house rests, that seems to float over the terrain, is covered with a pavement of light gray concrete slabs, precast in rubber molds that pick up the board texture that, aside from setting a contrast with the continuous concrete paving of the interior of the house, manages to visually seggregate each one of the three volumes, which come to resemble sculptures on a pedestal... [+]

Carlos Ferrater Eduardo Jiménez Yolanda Brasa   Spain   The project for the extension of the Science Park of Granada, a commission assigned after a call for ideas held in the year 2003, conceives the intervention from the outset as an opportunity to address urban distribution issues that go beyond the pre

Carlos Ferrater Jaime Sanahuja Carlos Escura Carlos Martín González   Spain   Located within the boundaries of a new park of 90,000 square meters east of the city (in a residential area between the urban core and the harbor area of El Grau, within the limits marked by the beltway), the Auditorium and Congress Center has become 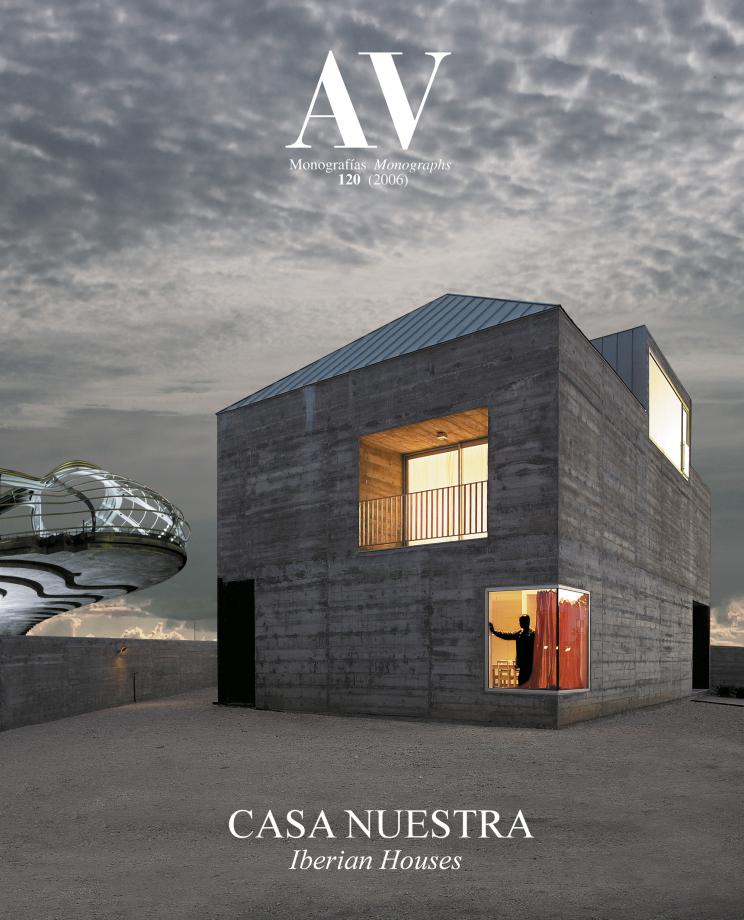