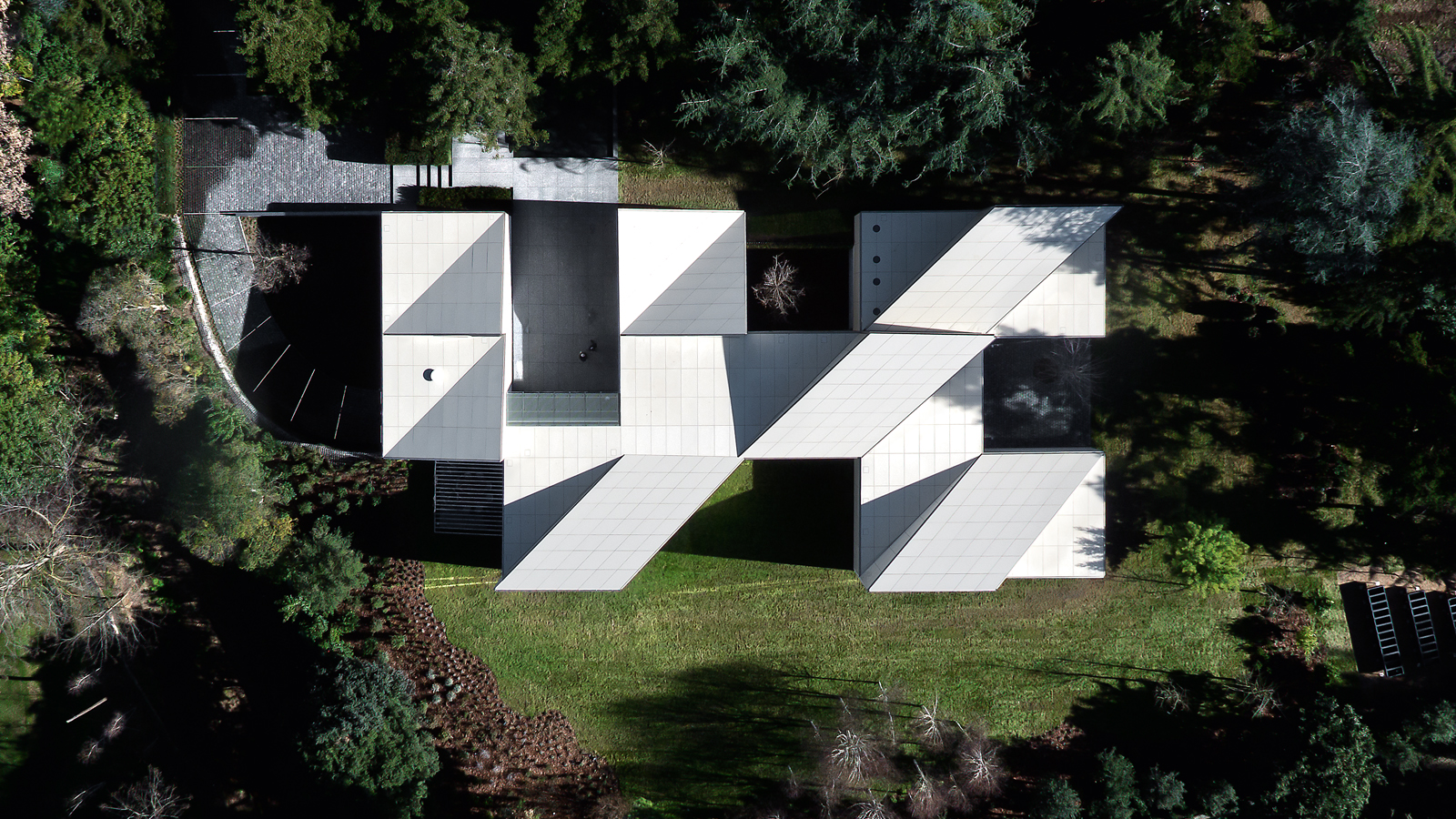 The house follows basic geometric rules, so simple that they concentrate the whole strength of the project. Like the Ricarda House of Antonio Bonet – basic source of inspiration for this house – the AA house is based on the addition of a series of squares, though in this case the geometric order is established starting from the diagonal character of the roof layout, which gives the building a unitary geometric condition, able to define the relationship between interior and exterior as a whole. In this way, an orthogonal grid of 7 by 7 meters, on which the diagonals are superposed, builds the base on which the composition of the house rests. The diagonals at 45 degrees define the geometry of the roof expansions, sometimes in the form of skylights and others as double heights, creating an artificial topography that rises over that of the terrain.

The main program unfolds at the garden’s level, in direct relation with the exterior. This level includes living areas, library, dining rooms, kitchen, master bedroom, and guest room; spaces all of them visually linked through long perspectives veiled by glass surfaces, screens and mobile panels. Vertically, there are specific relationships between the ground level and the lower and the upper one, always addressing the functional demands and wrapping up the three-dimensional continuity of the building. The lower level is formed by the serving spaces of the main program like the cellar, directly connected to the dining room; the video library, linked to the library; or the indoor swimming pool, set forth as a natural extension of the main bedroom. Other connections interrelate the service areas. The rooms of the upper level accommodate private spaces to enjoy the surrounding landscape. The composition is completed with an unexpected access through an austere atrium preceded by a layer of water. The whole house is presided by light, fluidity and spatial dynamism.

The roof is a post-stressed concrete slab painted white that rests on a structure of metallic pillars concealed in the perimeter walls. On top of them is the enclosure that covers the building, formed by a unitary skin of ceramic material of large dimensions and minimum thickness, which underlines the topographical character of the roof. The interior pavements are also of ceramic material. The other protagonist in the house is the glass, placed in generous facade surfaces over metallic window frames and equipped with rolling systems for sun protection.

Carlos Ferrater Joan Guibernau   Spain   Far from the hustle that has made of Ibiza a ’must’ place of pilgrimage for every night bird, a lot on the northest coast of this Balearic island – facing the island of Tagomago – was chosen by a large family to build a house where they could spend t 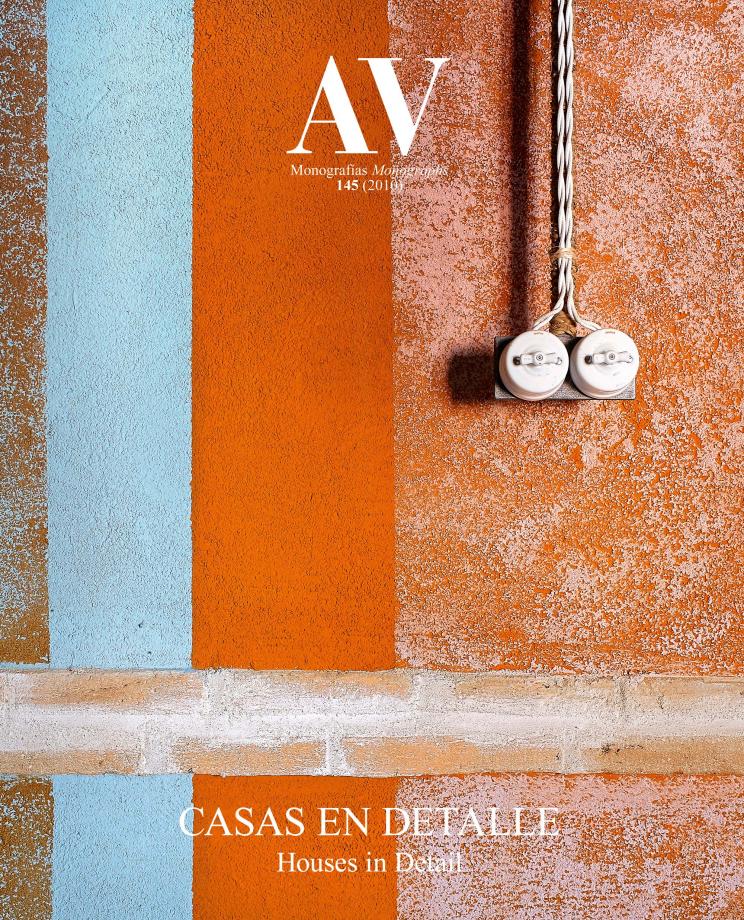