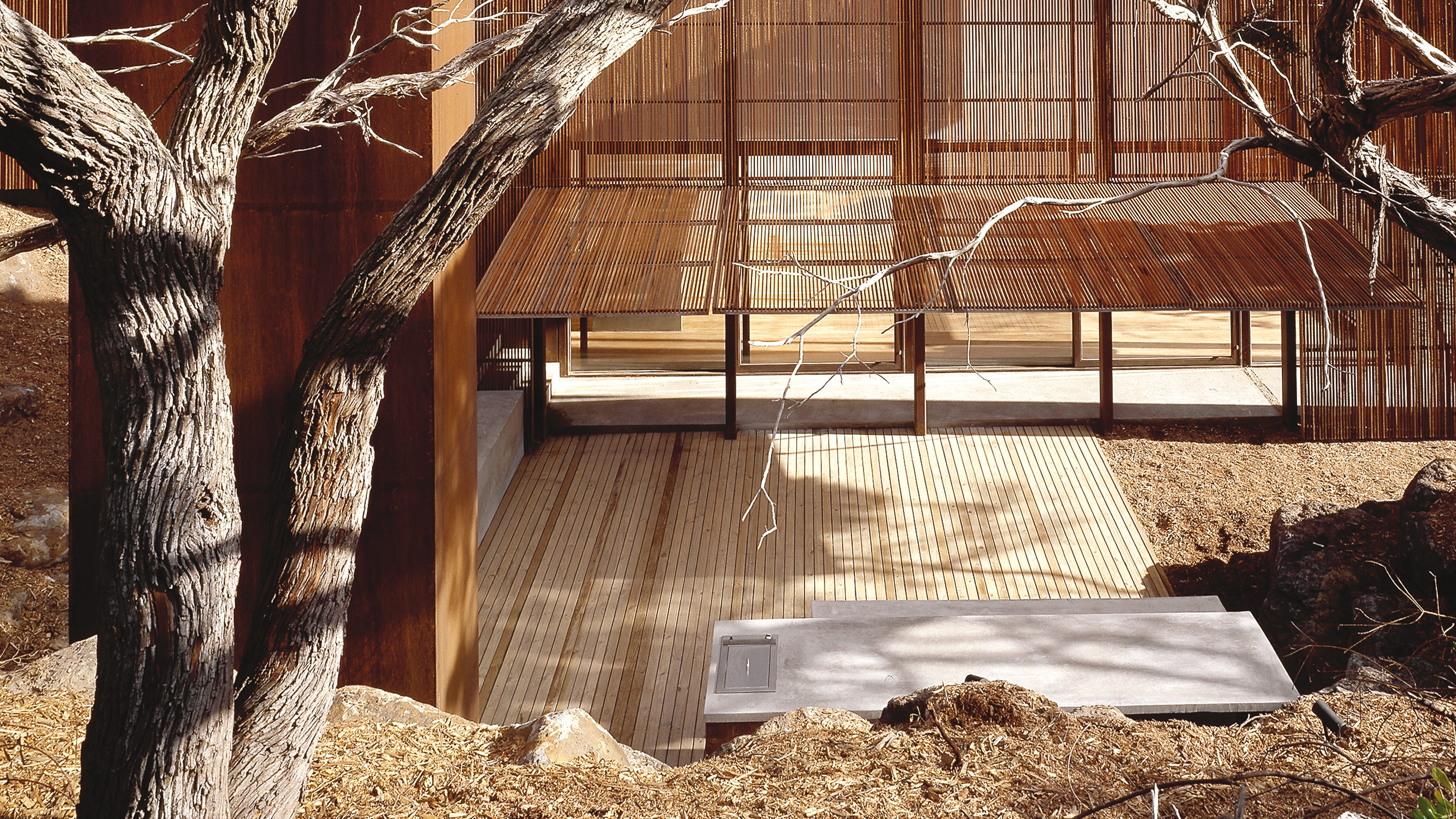 Partially submerged in one of the sand dunes of Mornington Peninsula, south of Melbourne, a simple wood box makes its way through the dense vegetation to house the summer residence of a couple. As part of a research into the similarities between the interior verandas of the traditional Japanese dwelling and the Australian sun room, the different spaces follow one another on the slope upon which this seemingly elementary house rests.

A structure of oxidized steel of 30 x 7,2 meters makes up the exterior skeleton, responsible for supporting a skin made of operable jarrah wood panels, a glass roof and the light interior compartmentalizations. The fine battens wrap the house along its side facades, to the east and to the west, as well as the roof. Forming an interior skeleton, the rooms are distributed in two levels linked by a longitudinal corridor that moves from north to south. On the upper floor, a thin slot separates the garage and a storeroom from the main house. Next, a small gravel and stone courtyard functions as a natural extension of the bathroom, which has been closed with an operable glass wall. The bedroom takes up most of the upper floor. Open to northern light (equivalent in the southern hemisphere to our southern light), it is connected with the living area by a private flight of stairs. On the lower floor, the living room and kitchen take up the most exposed area, leaving the area in contact with the slope, more concealed and quiet, to the library.

The concept of interior room (moya) and closed corridor (hisashi), already seen in the architect’s previous works, reach greater complexity in this case. The three main spaces, with a gradual illumination sequence – the living is very bright, the bedroom not so much and the library, in comparison, is dark –, constitute the interior room, while an abstraction of the concept of veranda has given way to the thick exterior protective skin. The use that the owners make of these two elements, as well as the changes that opening and closing the facade entails, provide the shape of the building and confer an organic quality upon the space. Throughout the day, the light that comes in through the battens changes depending on the time and the season. The slender pieces of wood shall warp and weather with the air and water as time goes by, so that a surface which is gradually becoming more irregular shall have the paradoxical mission of giving shape to this box of clear lines... [+]

Sean Godsell   China   An extension on the themes and ideas explored in the Carter-Tucker House and Peninsula House (see AV 102), two earlier works, the project for the International Exhibition also adopts a simple rectangular plan – in this case, and given the extens

Sean Godsell   Australia   Glenburn is located northeast of Melbourne in the rolling foothills of the Yarra Valley. The site is 20 hectares of farmland with a national forest abutting the north boundary. The house is located at the top of a hill and enjoys panoramic views of q

House in the Hills, Barrabool

Sean Godsell   Australia   The site of the residence slightly slopes in both a northward and southward direction. A cyprus pine grove acts as a windbreaker, providing protection against the Australian region’s prevailing southwesterly winds. A 30x30-meter parasol, a light meta

Pezo von Ellrichshausen   Chile   A couple decided to leave the capital and settle in the slope of a hill covered by a dense jungle of native species. After the first meetings it became clear that the couple’s romantic decision was being replaced by a slight, though persistent, appre

Behind Closed Doors: Habitation through Art

Javier San Martín   Representation of the domestic: in a field so close it is not easy to reach the expressive level of artists like Bonnard or Vuillard, those 19th century painters who dealt with the theme of domestic bliss in their quiet interiors, or that of Matisse

Mark Robbins   Households was undertaken during the seasons of fall and winter of 2002-2003, as a fellow at the Radcliffe Institute for Advanced Studies at Harvard. It documents over 40 households in New York (New York), Boston (Massachusetts), Washington (DC), Nas

Marià Castelló   Spain   The Formentera practice of Marià Castelló designed this house where five volumes are longitudinally arranged on a terrace in a steeply sloping area of Sant Mateu d’Albarca, a small village on the island of Ibiza. Between two preexisting retaining wal

Sou Fujimoto   Japan   The final wooden house wants to take wood architecture to the limit, and to prove through it that it is possible to do primitive and new architecture simultaneously. One single element – solid cedar blocks – are piled endlessly, generating a prototyp 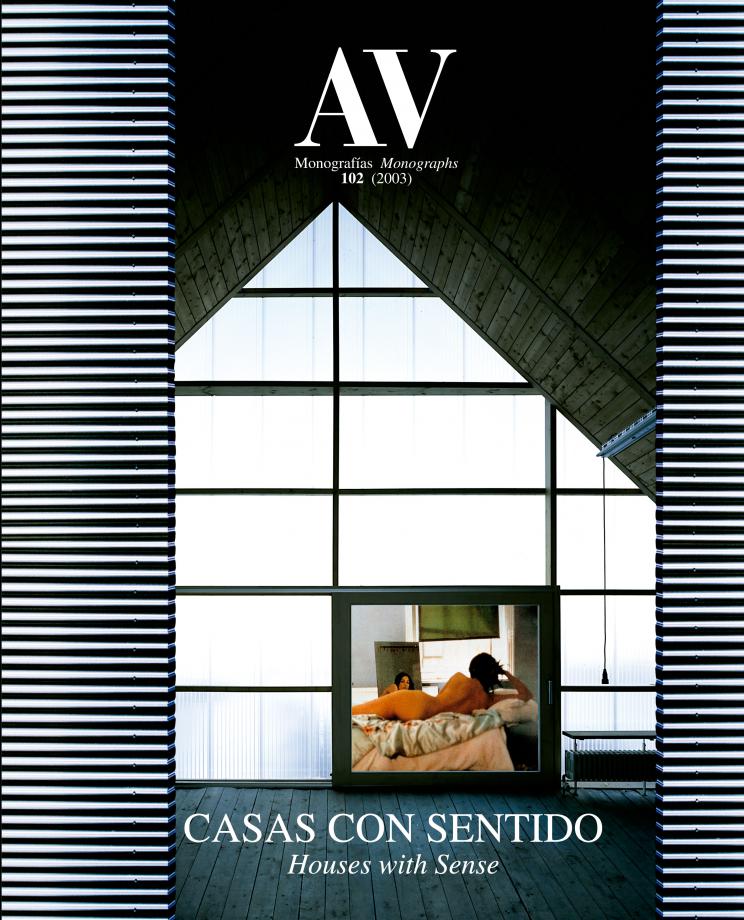