Culture as an Instrument of Urban Regeneration Digital version 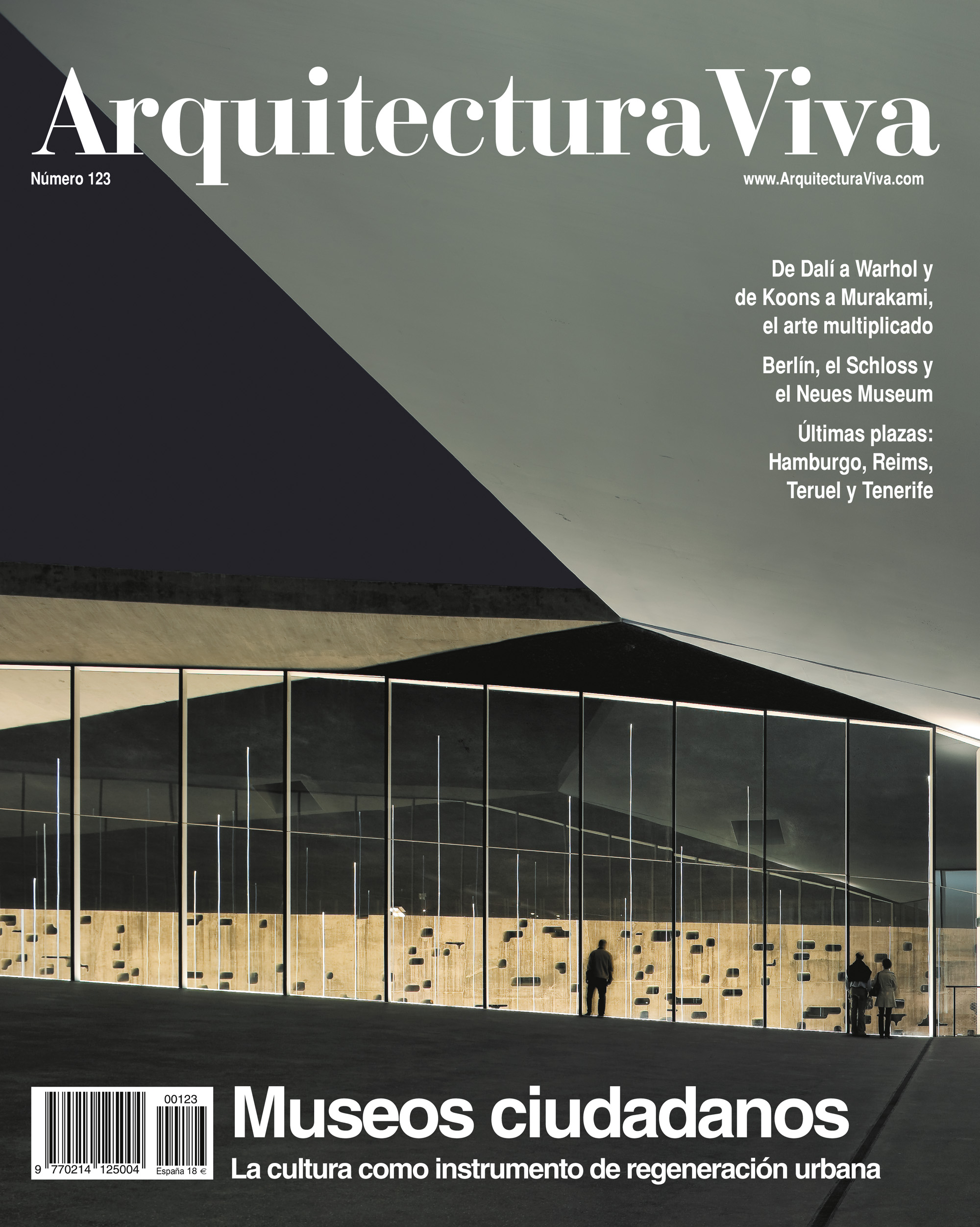 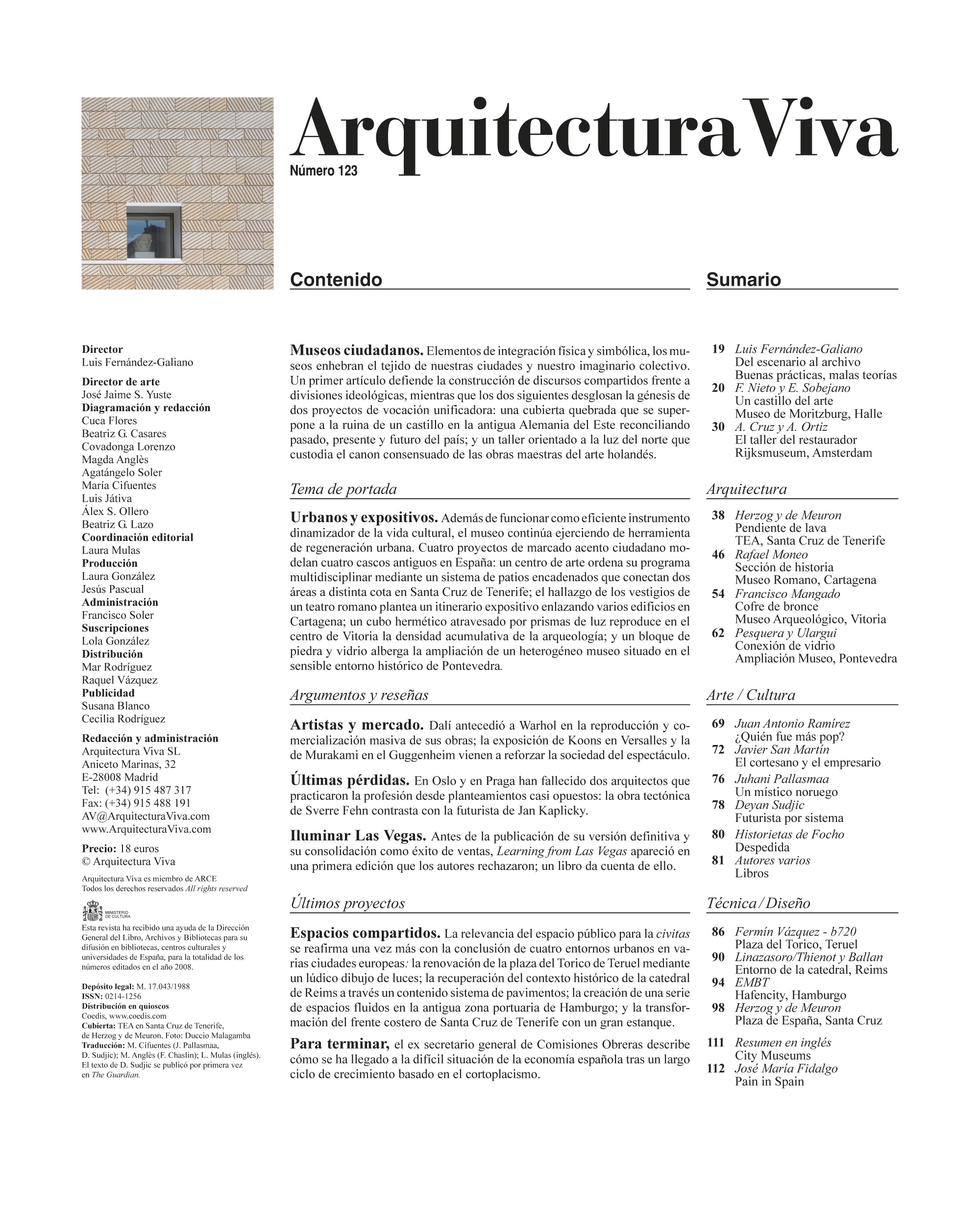 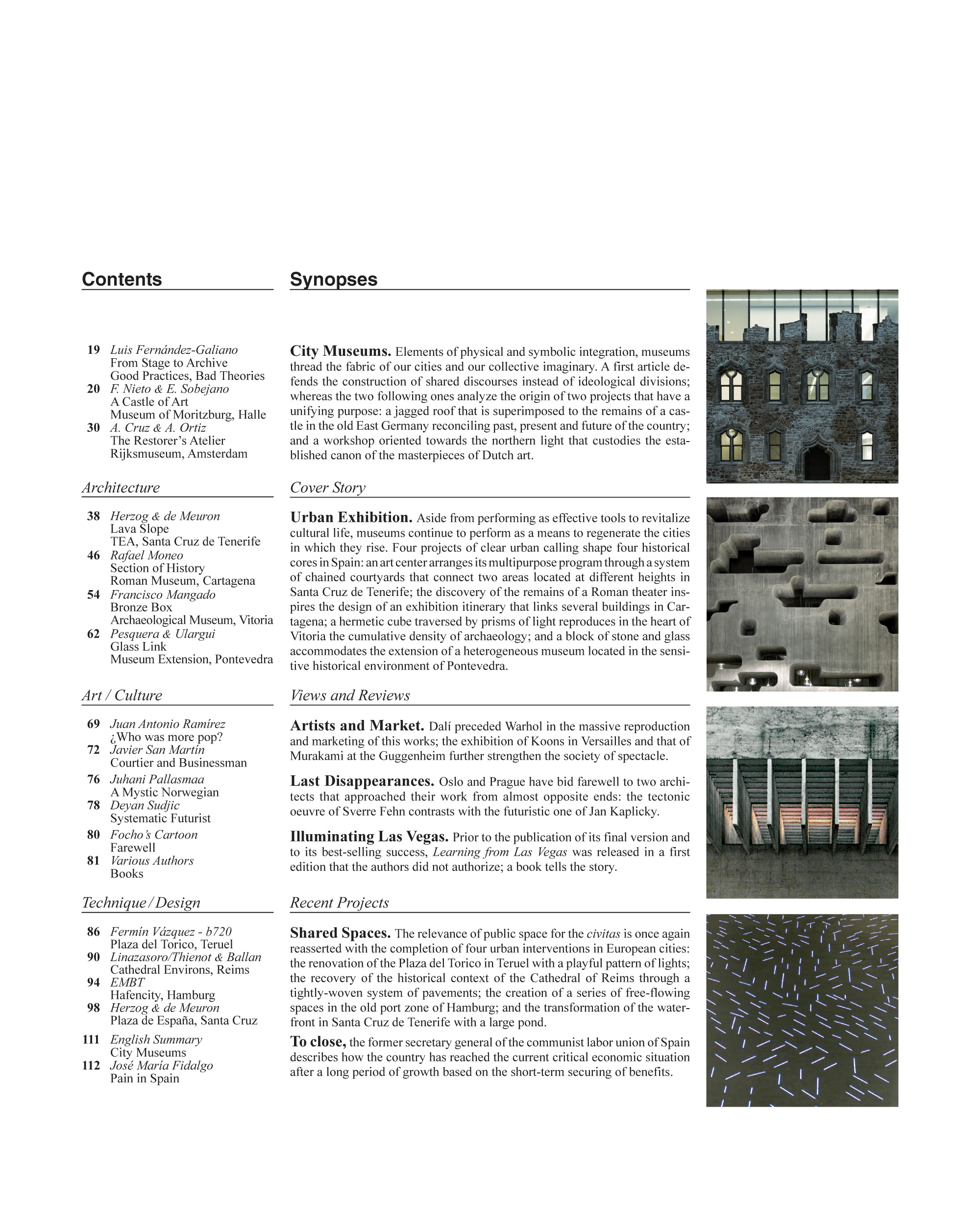 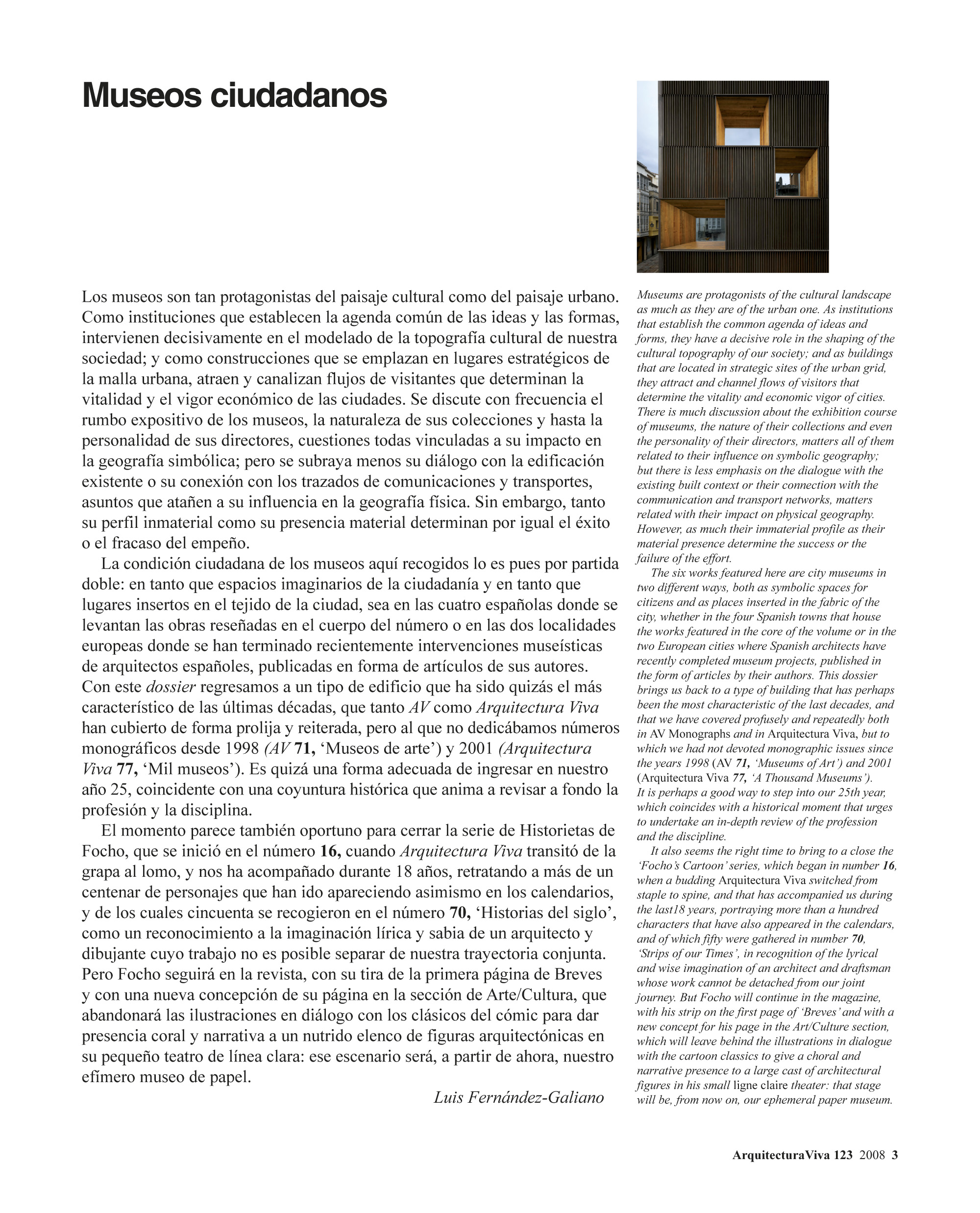 Culture as an Instrument of Urban Regeneration Digital version

Culture as an Instrument of Urban Regeneration 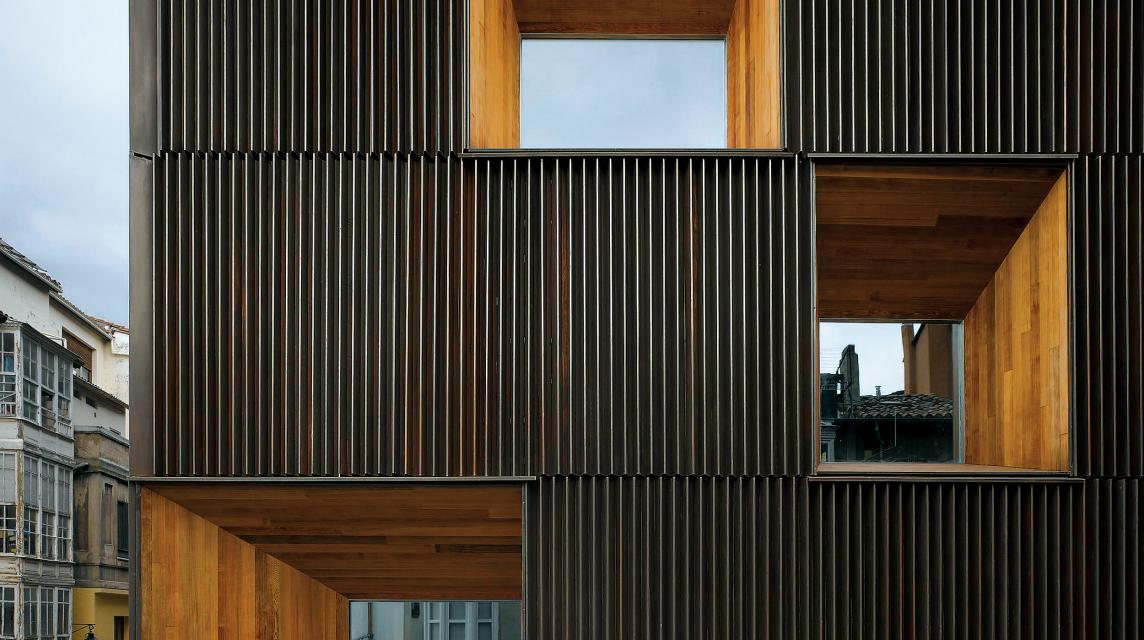 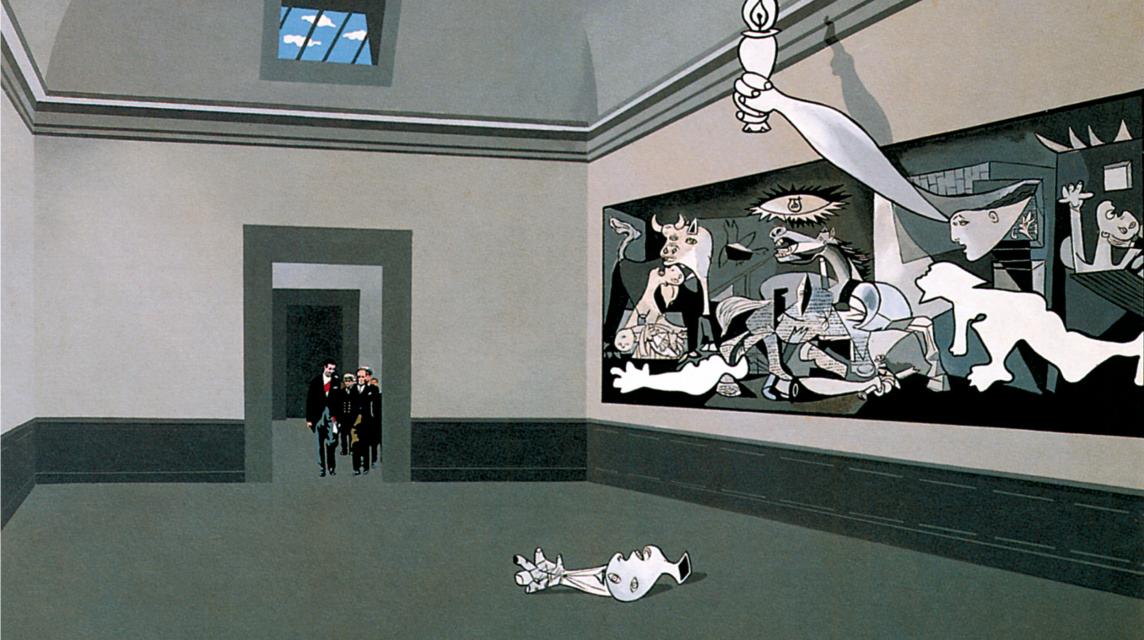 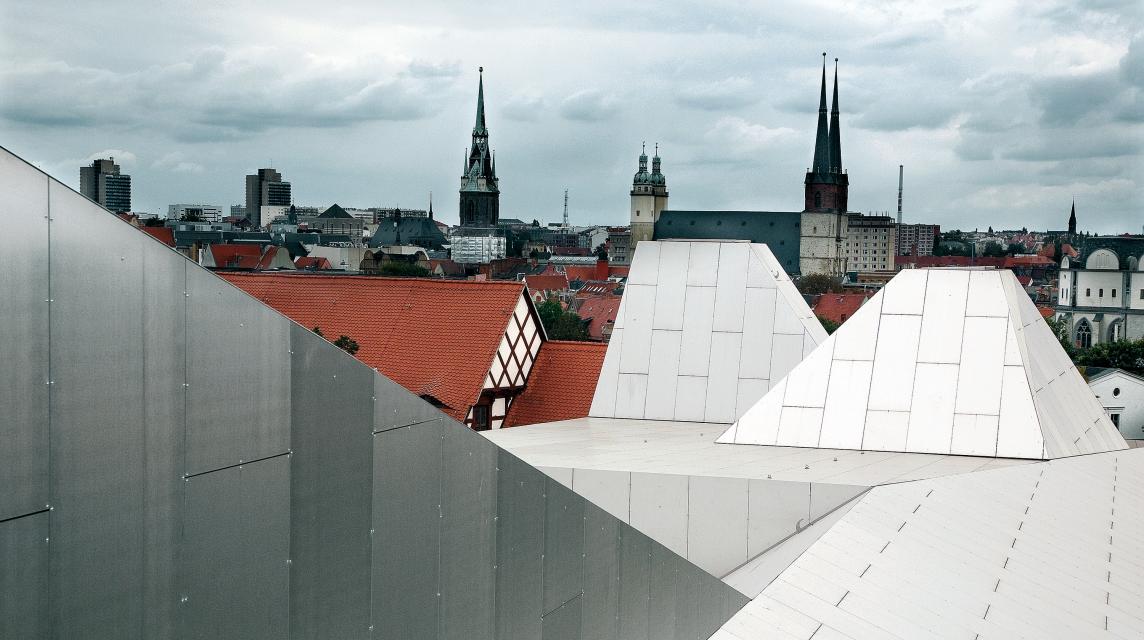 A Castle of Art 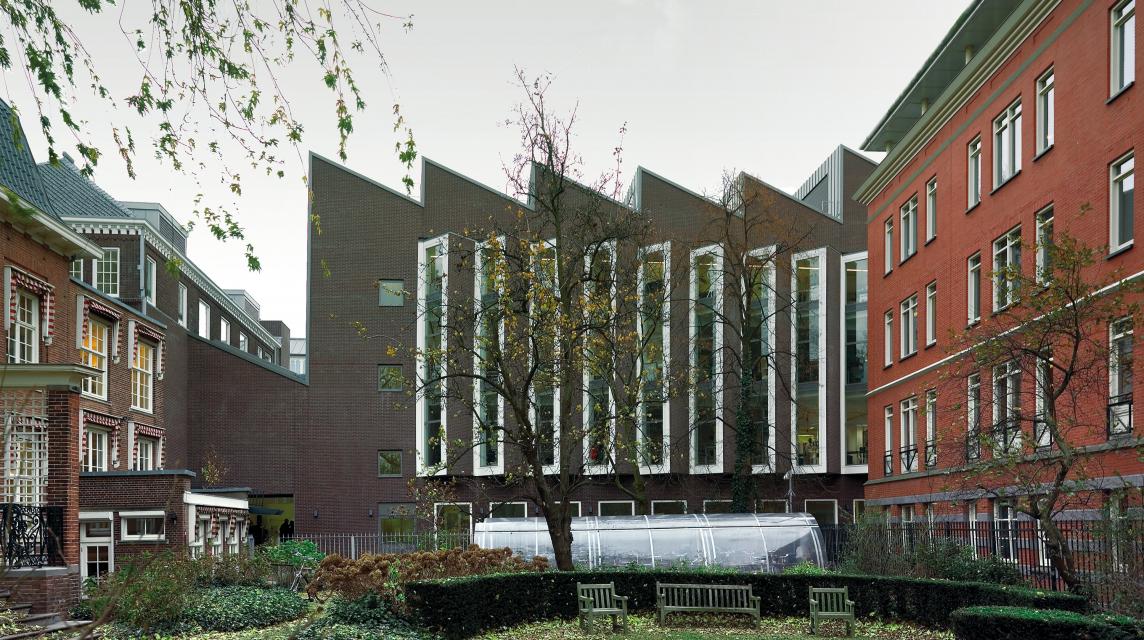 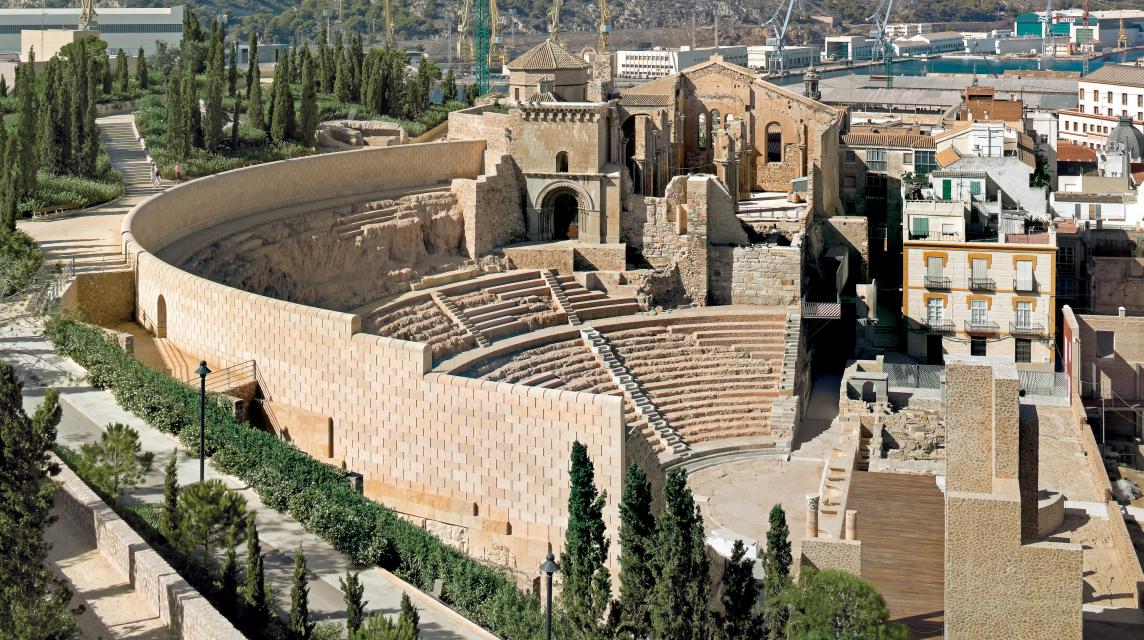 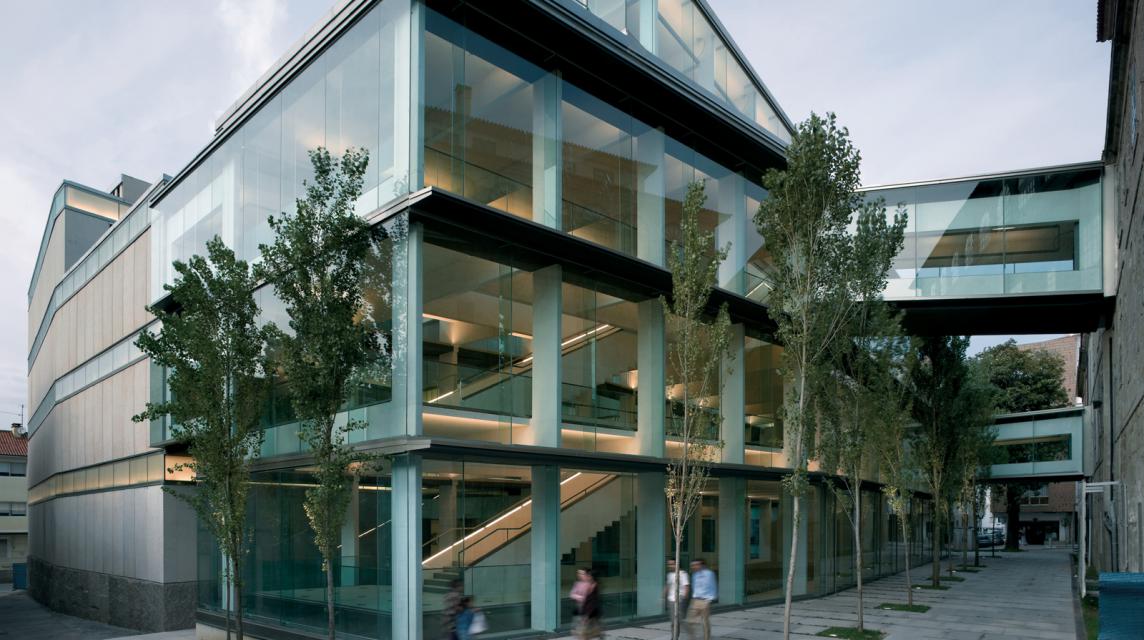 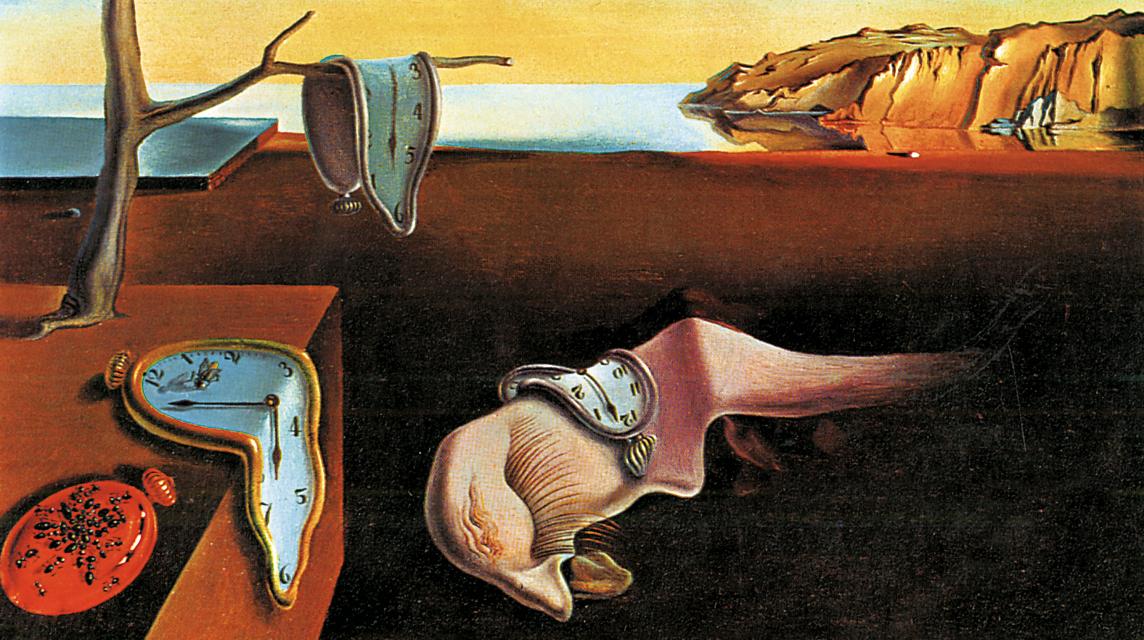 Who was more Pop? 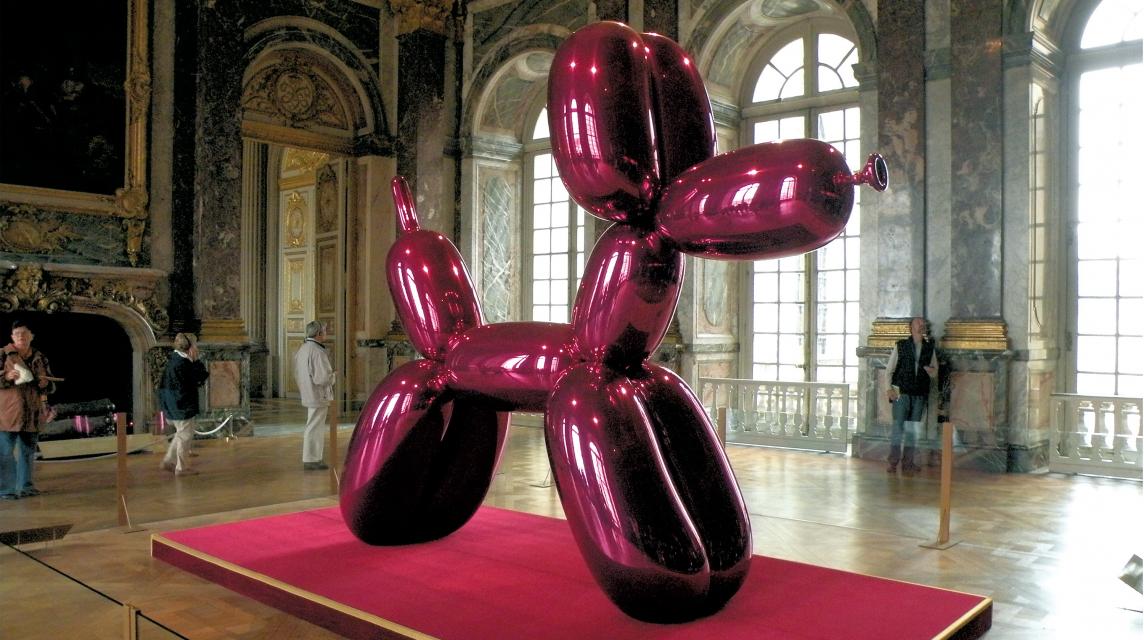 The Courtier and the Businessman 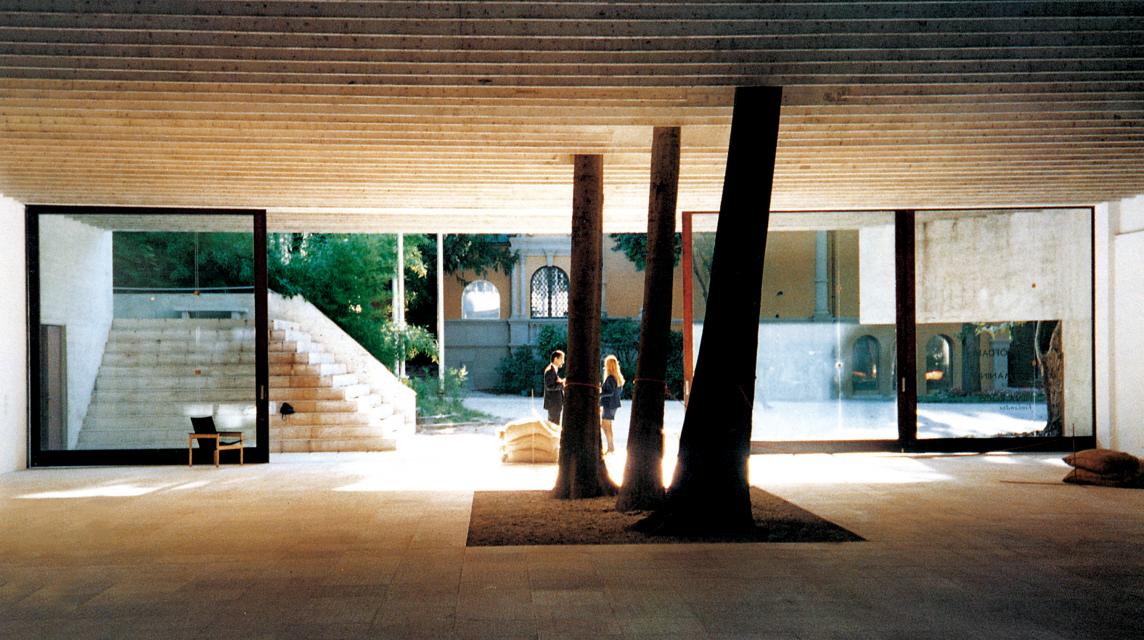 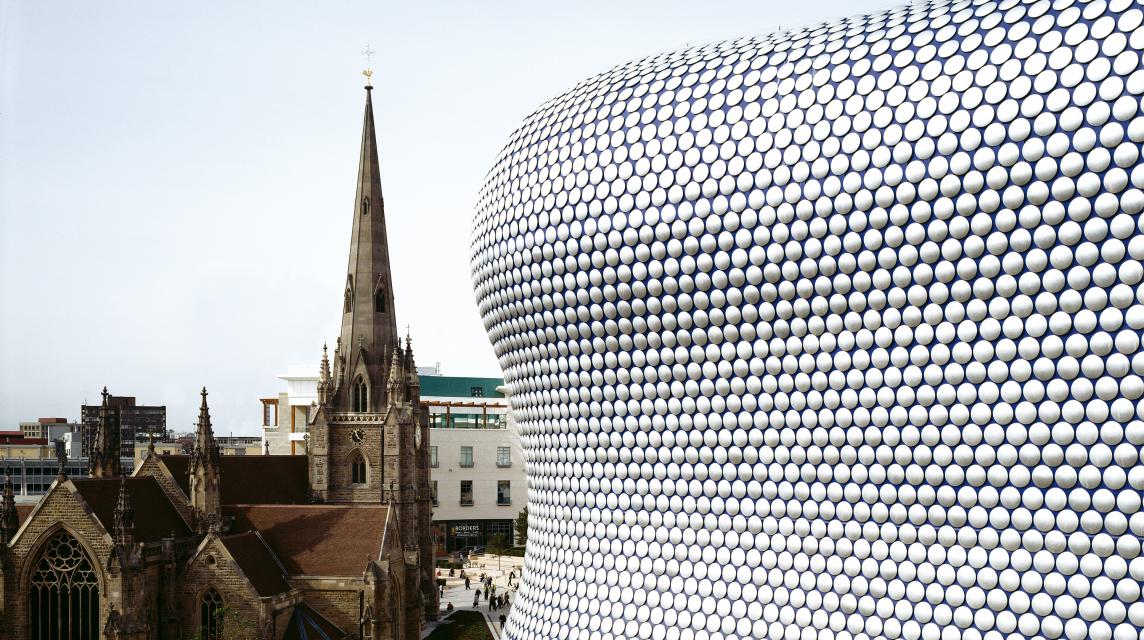 b720 Fermín Vázquez   Spain   Plaza del Torico, the core of Teruel’s old district, fulfills a dual role as a distribution space for pedestrian flows and a precinct for citizen leisure. The redevelopment operation is used to delicately superimpose a thin contemporary layer on the

The OMA TVCC Destroyed by Fire

End of Party in Dubai, the Crisis Slows the Expansion

Steamy Music by Nouvel in Copenhagen

Moneo in Bilbao for the Library of Deusto

Art in the Central, Alday and Jover with Valldosera

Fishing in the Vigo Estuary, by Irisarri and Piñera

Herzog and de Meuron, return to the Küppersmühle

Sauerbruch and Hutton in the Port of Copenhagen

Menis in Poland, a Mineral Auditorium

The CaixaForum of Zaragoza, for Pinós

Glenn Murcutt Awarded by the AIA

Herzog & de Meuron   Spain   The buildings of Deusto University have always played a leading role in the shaping of the left bank of the river estuary, testifying in this way to the institution’s commitment to serve the city. For over one hundred years, Deusto has been not only

Francisco Mangado   Spain   The building the new Archaeological Museum of Álava is configured from context and the continuity it establishes, both in terms of concept and program, with the adjoining Bendaña Palace, currently the Naipes Fournier Museum. The main entrance is thro

Herzog & de Meuron   Spain   The remodeling of the Plaza de España is the first phase of the project for the transformation of the coastline separating the historic center from the port of Santa Cruz de Tenerife. The project follows a classical urban scheme consisting in the org

City Museums. Elements of physical and symbolic integration, museums thread the fabric of our cities and our collective imaginary. A first article defends the construction of shared discourses instead of ideological divisions; whereas the two following ones analyze the origin of two projects that have a unifying purpose: a jagged roof that is superimposed to the remains of a castle in the old East Germany reconciling past, present and future of the country; and a workshop oriented towards the northern light that custodies the established canon of the masterpieces of Dutch art.

Urban Exhibition. Aside from performing as effective tools to revitalize cultural life, museums continue to perform as a means to regenerate the cities in which they rise. Four projects of clear urban calling shape four historical cores in Spain: an art center arranges its multipurpose program through a system of chained courtyards that connect two areas located at different heights in Santa Cruz de Tenerife; the discovery of the remains of a Roman theater inspires the design of an exhibition itinerary that links several buildings in Cartagena; a hermetic cube traversed by prisms of light reproduces in the heart of Vitoria the cumulative density of archaeology; and a block of stone and glass accommodates the extension of a heterogeneous museum located in the sensitive historical environment of Pontevedra.

Artists and Market. Dalí preceded Warhol in the massive reproduction and marketing of this works; the exhibition of Koons in Versailles and that of Murakami at the Guggenheim further strengthen the society of spectacle.

Last Disappearances. Oslo and Prague have bid farewell to two architects that approached their work from almost opposite ends: the tectonic
oeuvre of Sverre Fehn contrasts with the futuristic one of Jan Kaplicky.

Illuminating Las Vegas. Prior to the publication of its final version and to its best-selling success, Learning from Las Vegas was released in a first edition that the authors did not authorize; a book tells the story.

Shared Spaces. The relevance of public space for the civitas is once again reasserted with the completion of four urban interventions in European cities: the renovation of the Plaza del Torico in Teruel with a playful pattern of lights; the recovery of the historical context of the Cathedral of Reims through a tightly-woven system of pavements; the creation of a series of free-flowing spaces in the old port zone of Hamburg; and the transformation of the waterfront in Santa Cruz de Tenerife with a large pond.

To close, the former secretary general of the communist labor union of Spain describes how the country has reached the current critical economic situation after a long period of growth based on the short-term securing of benefits.

Museums are protagonists of the cultural landscape as much as they are of the urban one. As institutions that establish the common agenda of ideas and forms, they have a decisive role in the shaping of the cultural topography of our society; and as buildings that are located in strategic sites of the urban grid, they attract and channel flows of visitors that determine the vitality and economic vigor of cities. There is much discussion about the exhibition course of museums, the nature of their collections and even the personality of their directors, matters all of them related to their influence on symbolic geography; but there is less emphasis on the dialogue with the existing built context or their connection with the communication and transport networks, matters related with their impact on physical geography. However, as much their immaterial profile as their material presence determine the success or the failure of the effort.

The six works featured here are city museums in two different ways, both as symbolic spaces for citizens and as places inserted in the fabric of the city, whether in the four Spanish towns that house the works featured in the core of the volume or in the two European cities where Spanish architects have recently completed museum projects, published in the form of articles by their authors. This dossier brings us back to a type of building that has perhaps been the most characteristic of the last decades, and that we have covered profusely and repeatedly both in AV Monographs and in Arquitectura Viva, but to which we had not devoted monographic issues since the years 1998 (AV 71, ‘Museums of Art’) and 2001 (Arquitectura Viva 77, ‘A Thousand Museums’). It is perhaps a good way to step into our 25th year, which coincides with a historical moment that urges to undertake an in-depth review of the profession and the discipline.


It also seems the right time to bring to a close the ‘Focho’s Cartoon’ series, which began in number 16, when a budding Arquitectura Viva switched from staple to spine, and that has accompanied us during the last18 years, portraying more than a hundred characters that have also appeared in the calendars, and of which fifty were gathered in number 70, ‘Strips of our Times’, in recognition of the lyrical and wise imagination of an architect and draftsman whose work cannot be detached from our joint journey. But Focho will continue in the magazine, with his strip on the first page of ‘Breves’ and with a new concept for his page in the Art/Culture section, which will leave behind the illustrations in dialogue with the cartoon classics to give a choral and narrative presence to a large cast of architectural figures in his small ligne claire theater: that stage will be, from now on, our ephemeral paper museum.