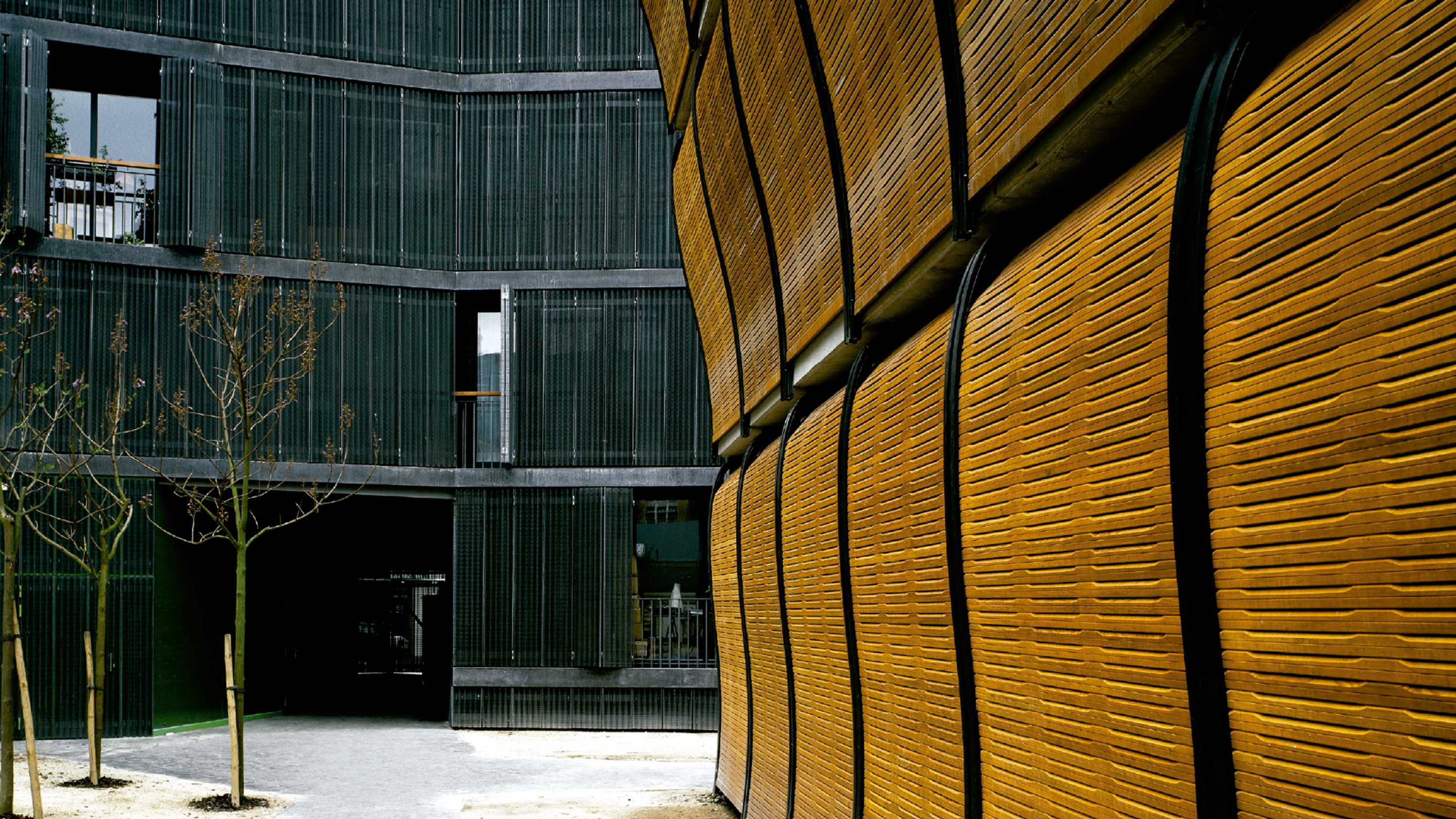 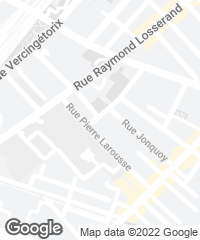 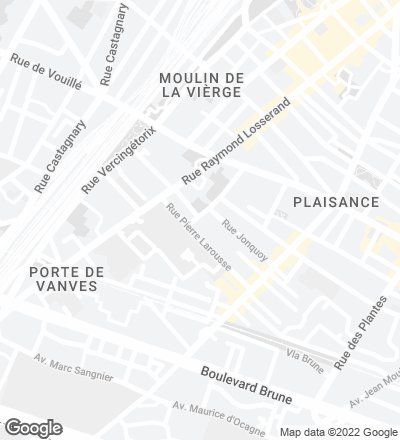 Two distinct urban situations characterize the housing project in 14th arrondissement of Paris; on the one hand, the blocks facing the Rue de Suisses and the Rue Jonquoy and on the other, the courtyard with high fire walls at the back.

Two apartment buildings on the Rue des Suisses and the Rue Jonquoy are incorporated in the frontage, typical of housing blocks in many Parisian arrondissements. Verticals characterize the overall design of the relatively homogeneous facades of the adjacent buildings. As in most Parisian quarters of the 19th century, the street thus conveys a certain elegance despite the fact that the individual buildings are not particularly attractive. The two new apartment buildings with their folded frontage and folding shutters fit seamlessly into this vertical arrangement. The folding shutters can be adjusted individually by tenants so that, in spite of the targeted uniformity of the facades, the overall impression of their appearance varies. As in the neighbouring buildings, the flats are accesed via a central staircase, with a concierge checking the entrance on the Rue des Suisses.

The situation in the rear courtyard was entirely different, because there were no predetermined urban specifications to use as a typological basis. What city-planning strategies should be pursued? What kind of buildings, what kind of architecture should be placed there?

The objective here was to realize a model relatively unusual in the centre of Paris, and that would attract a different kind of tenant than the street-front buildings. Instead of competing with the towering fire walls, a horizontal strategy was used, that is, the buildings were kept low to ensure that as many flats as possible would be directly connected with the grounds and garden.

An extended, three-story structure with arcadelike balconies forms the backbone of the complex in the interior of the block. Adjoining it are cottage-like, one-storey buildings for the kitchens and bathrooms. In front of the long garden wall that runs along a school playground, we built a few extra small, one-family homes with gabled roofs. The result looks like a seemingly random system of small units, courtyards and lanes with fragments of old and new walls covered with cultivated and wild vegetation.

This urban model is inspired in a still older, pre-Haussmann quarter, little streets like the Villa Jamot or the Villa Duthy, whose small scale and proportions are reflected in the new buildings.[+][+] 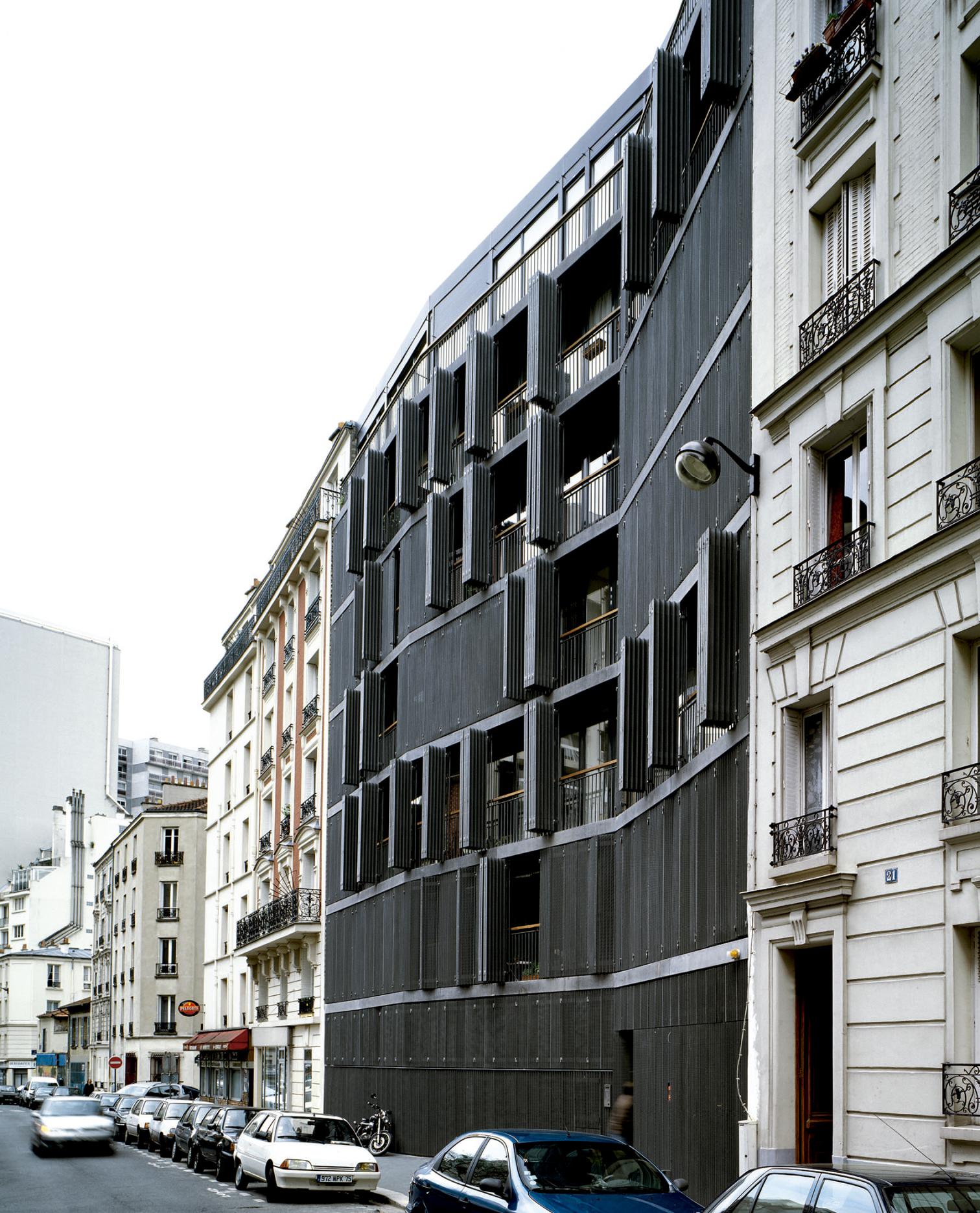 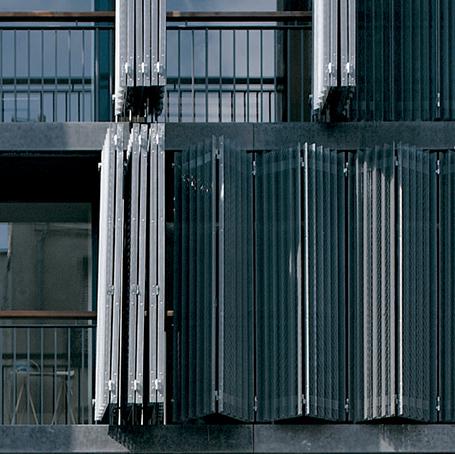 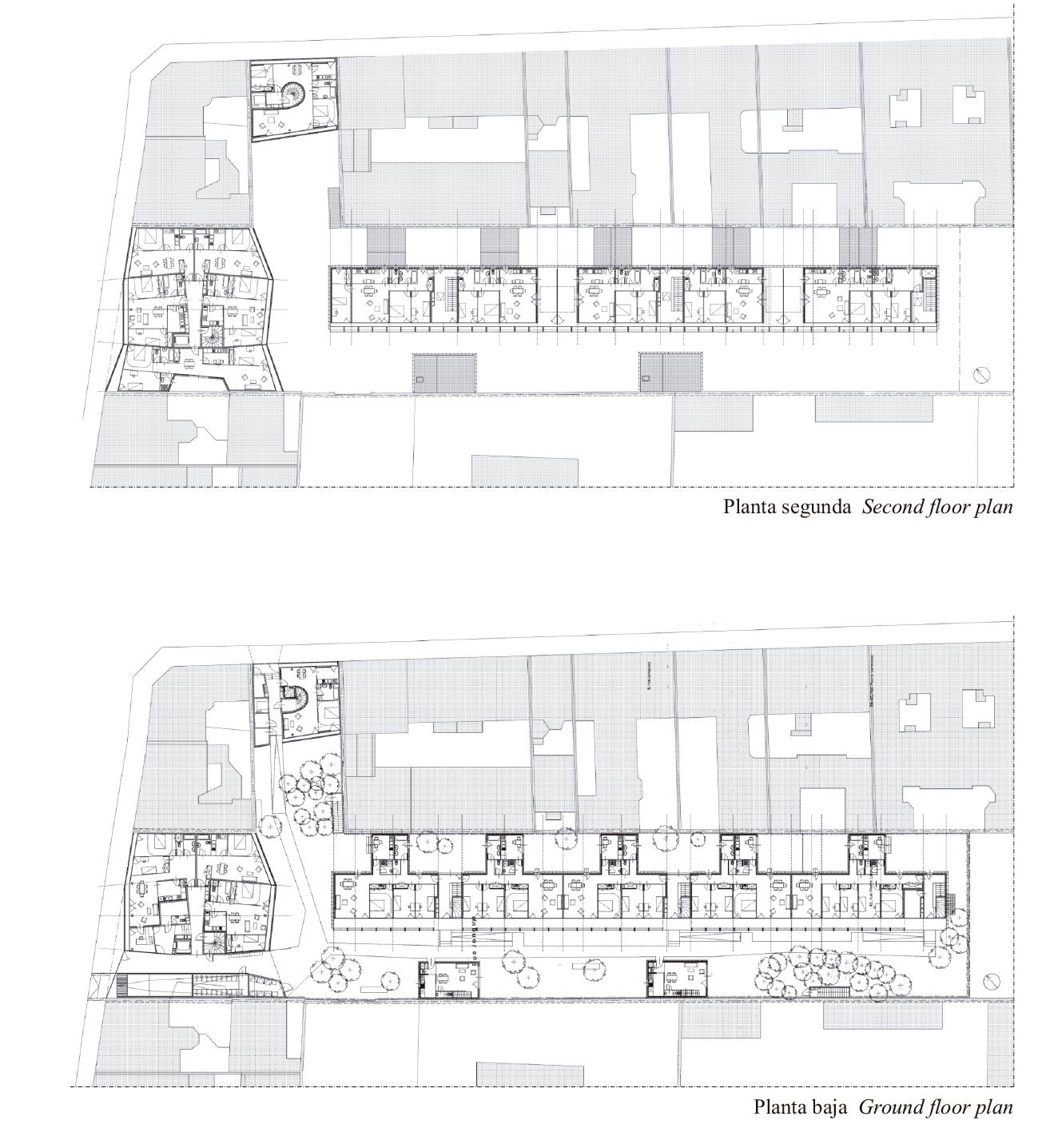 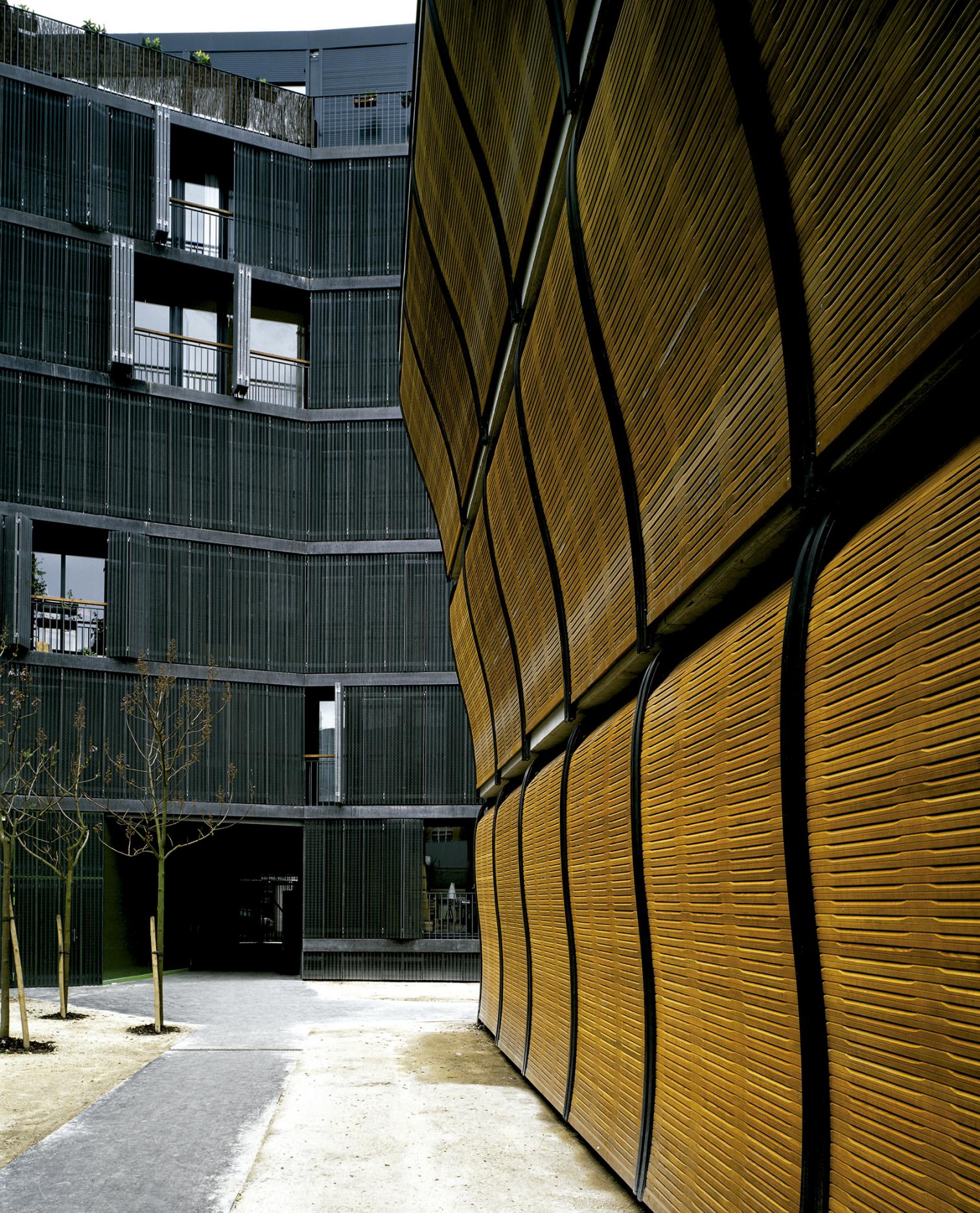 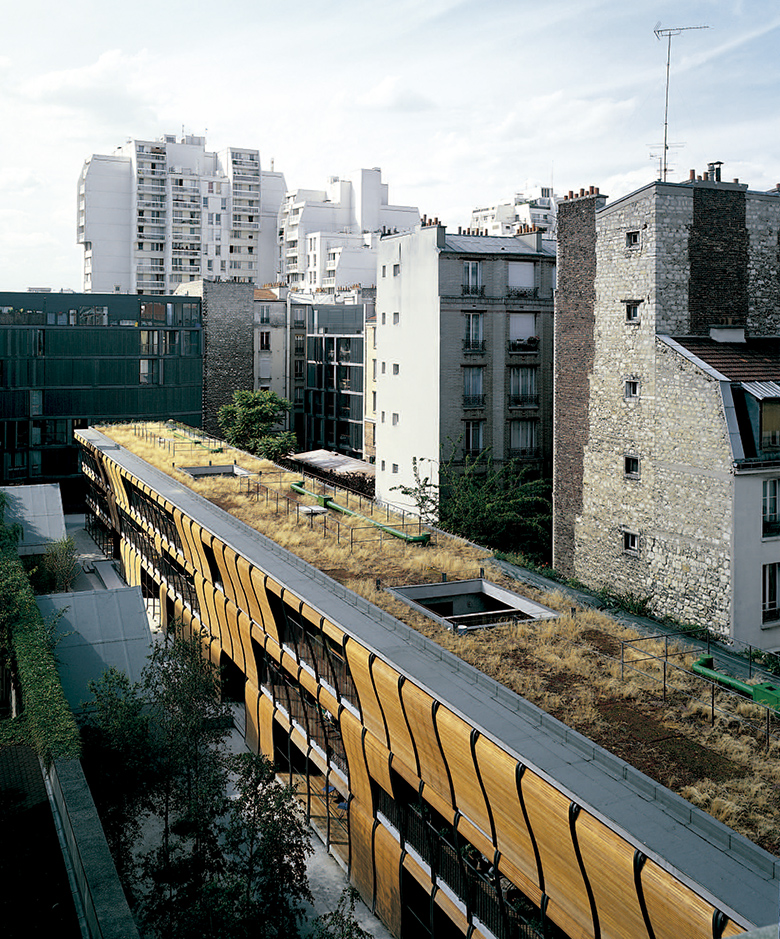 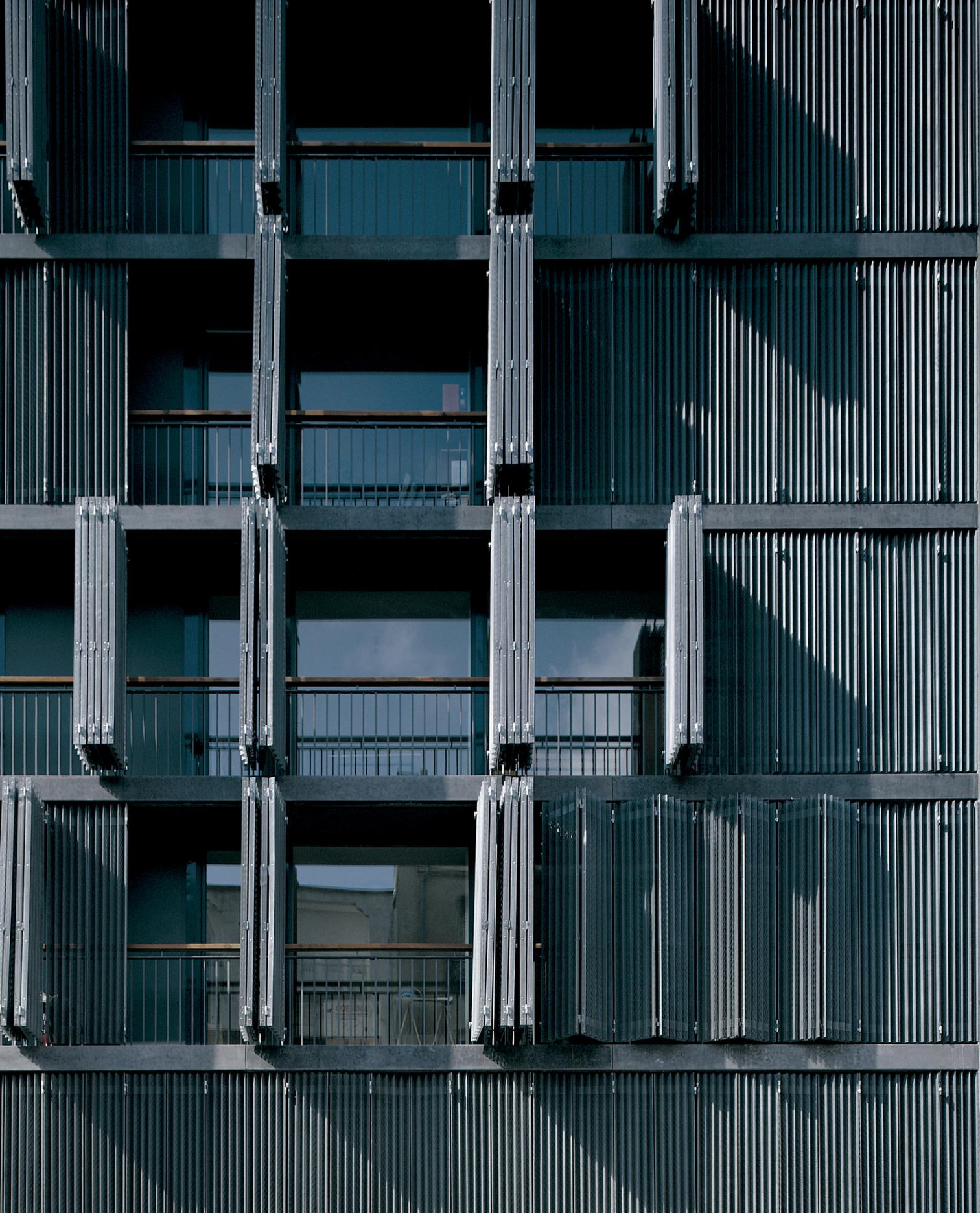 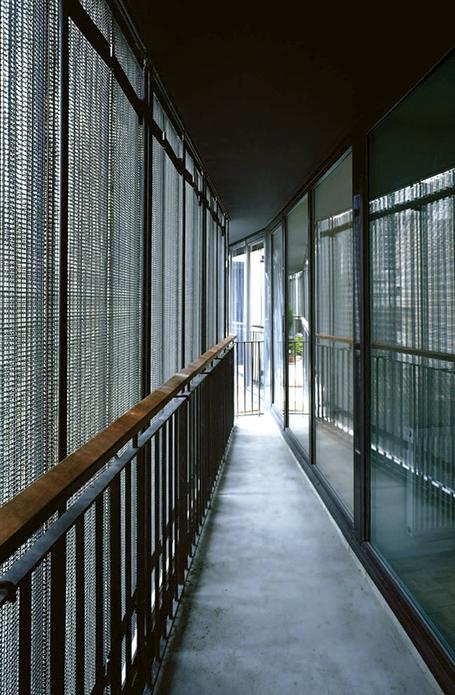 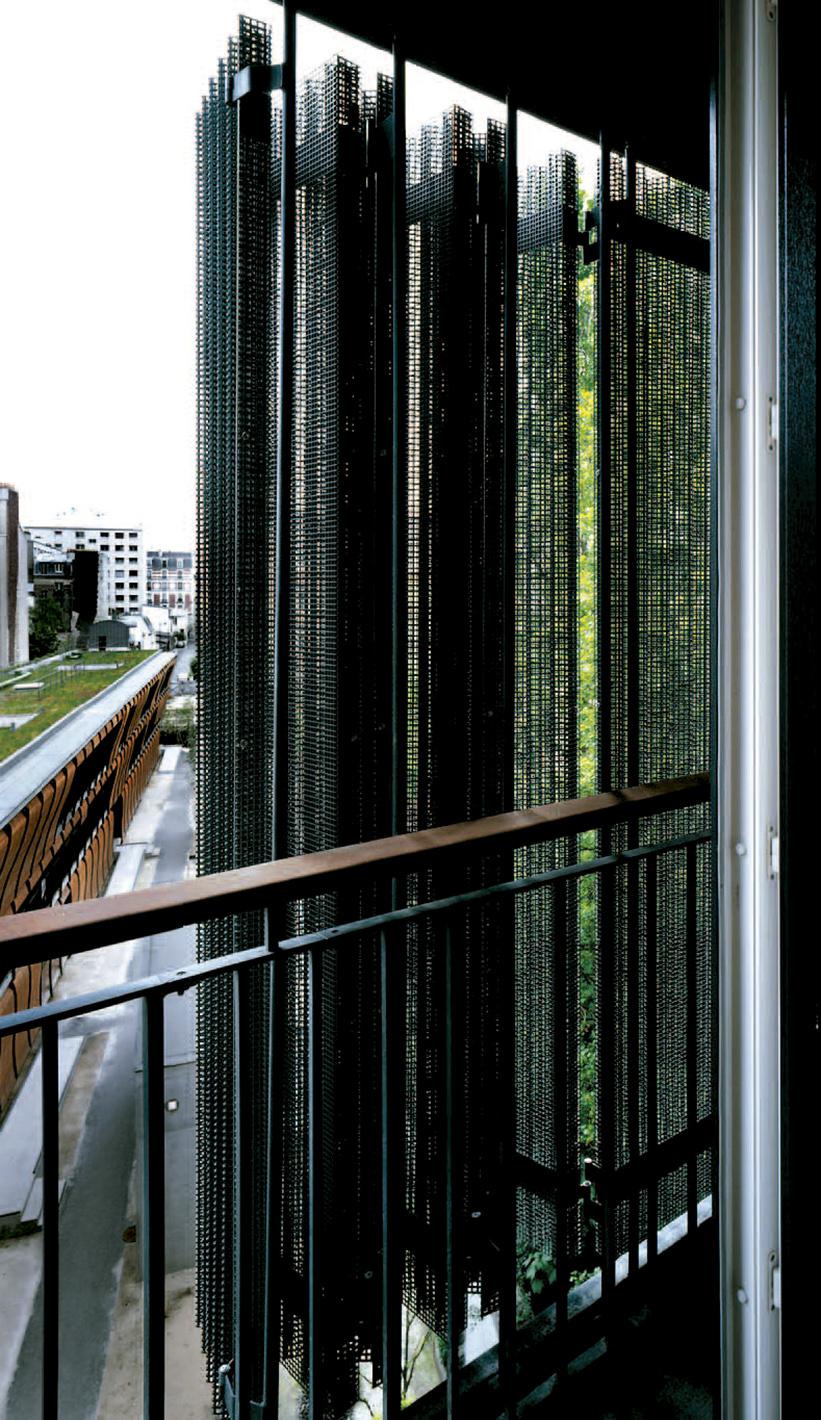 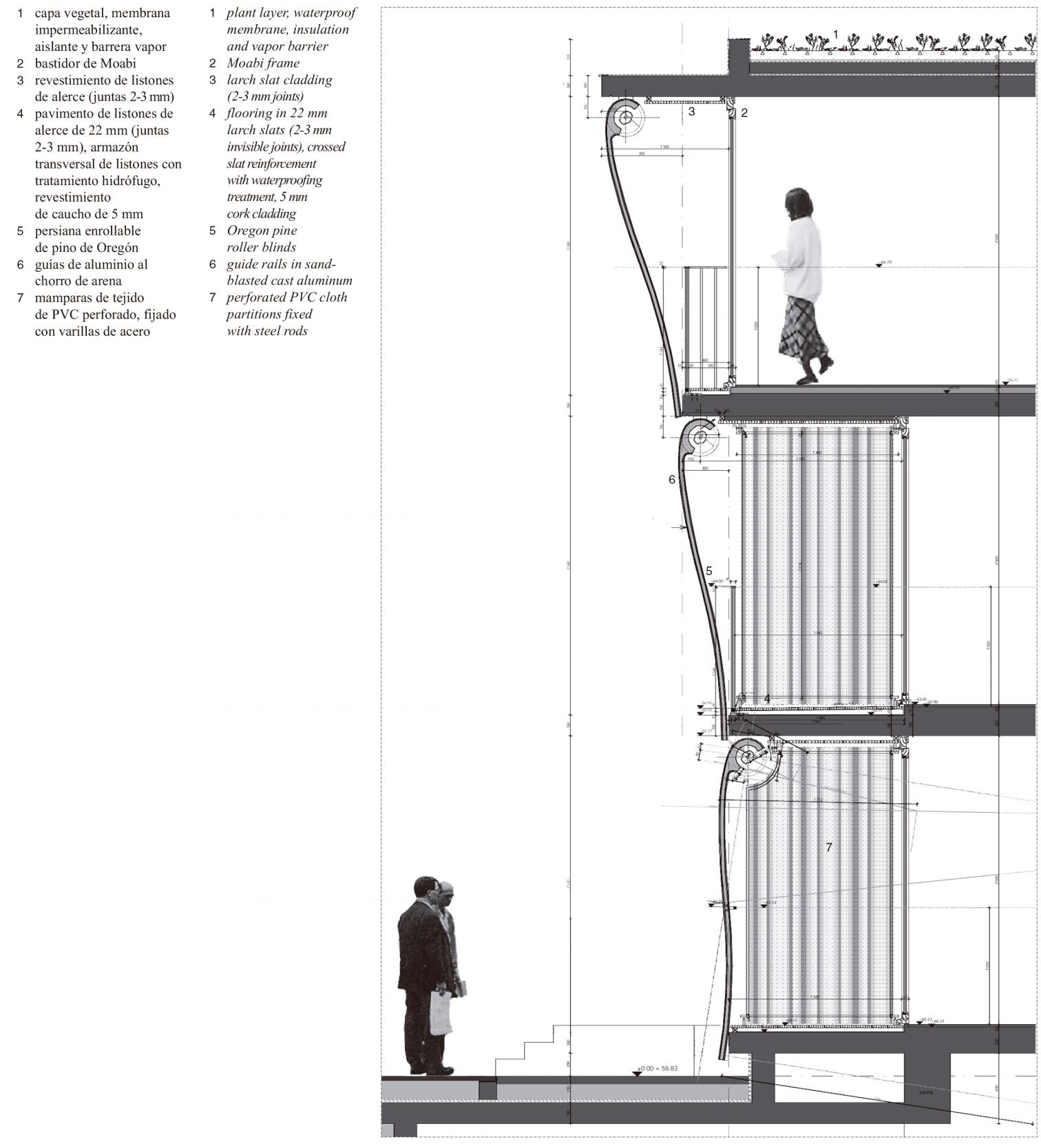 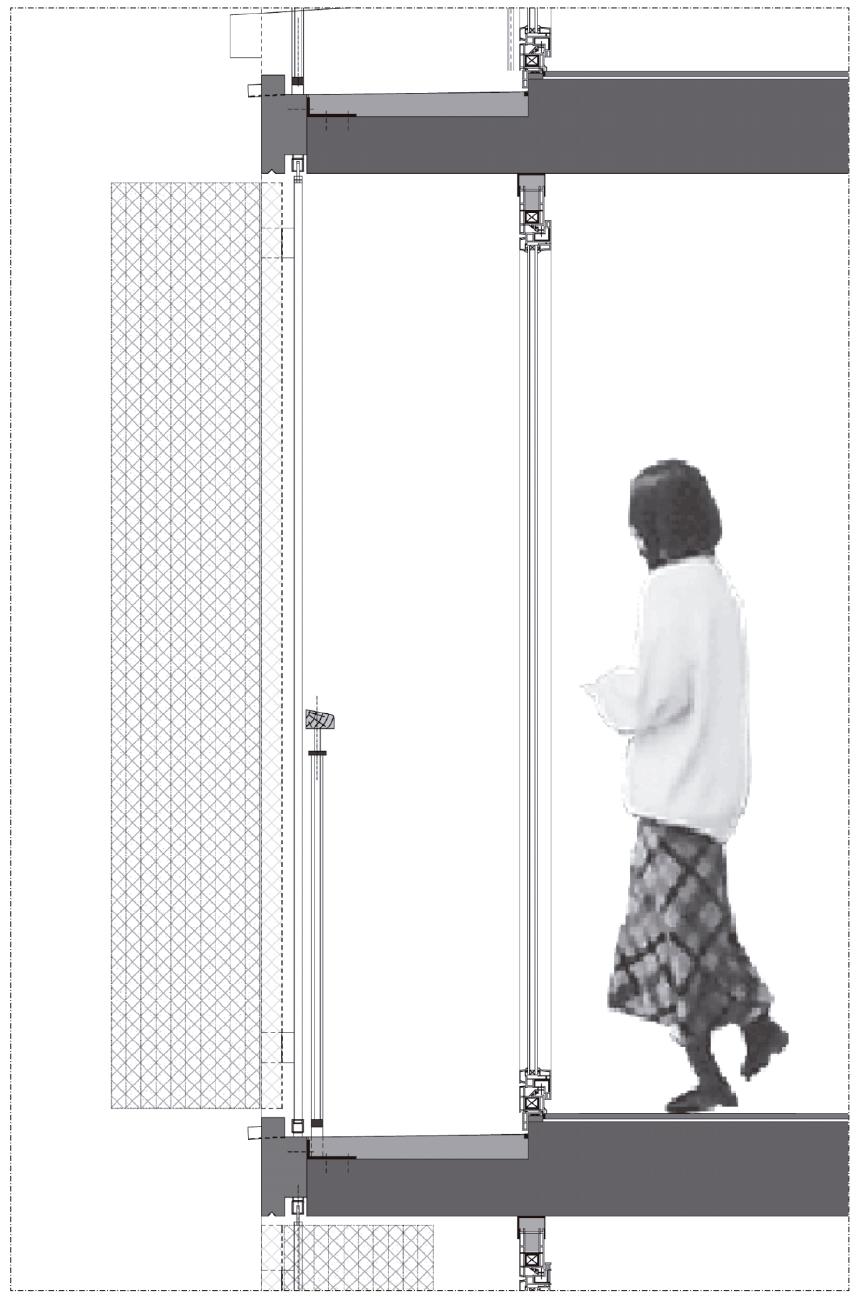 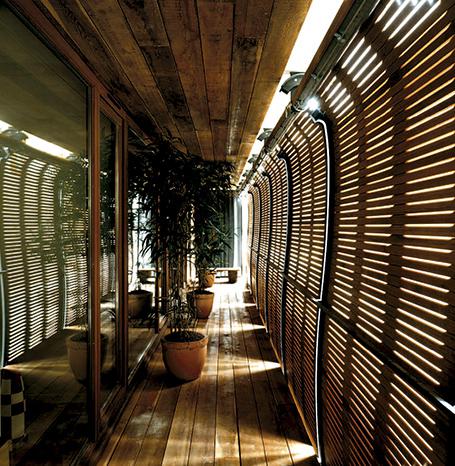 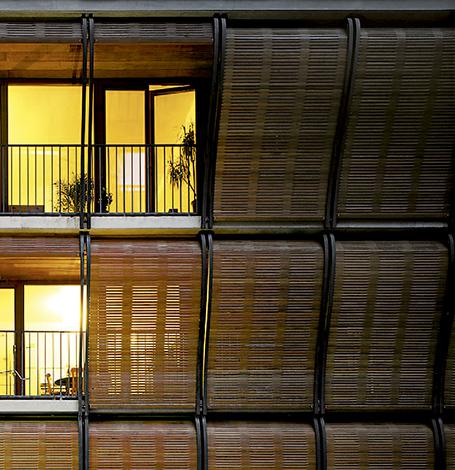 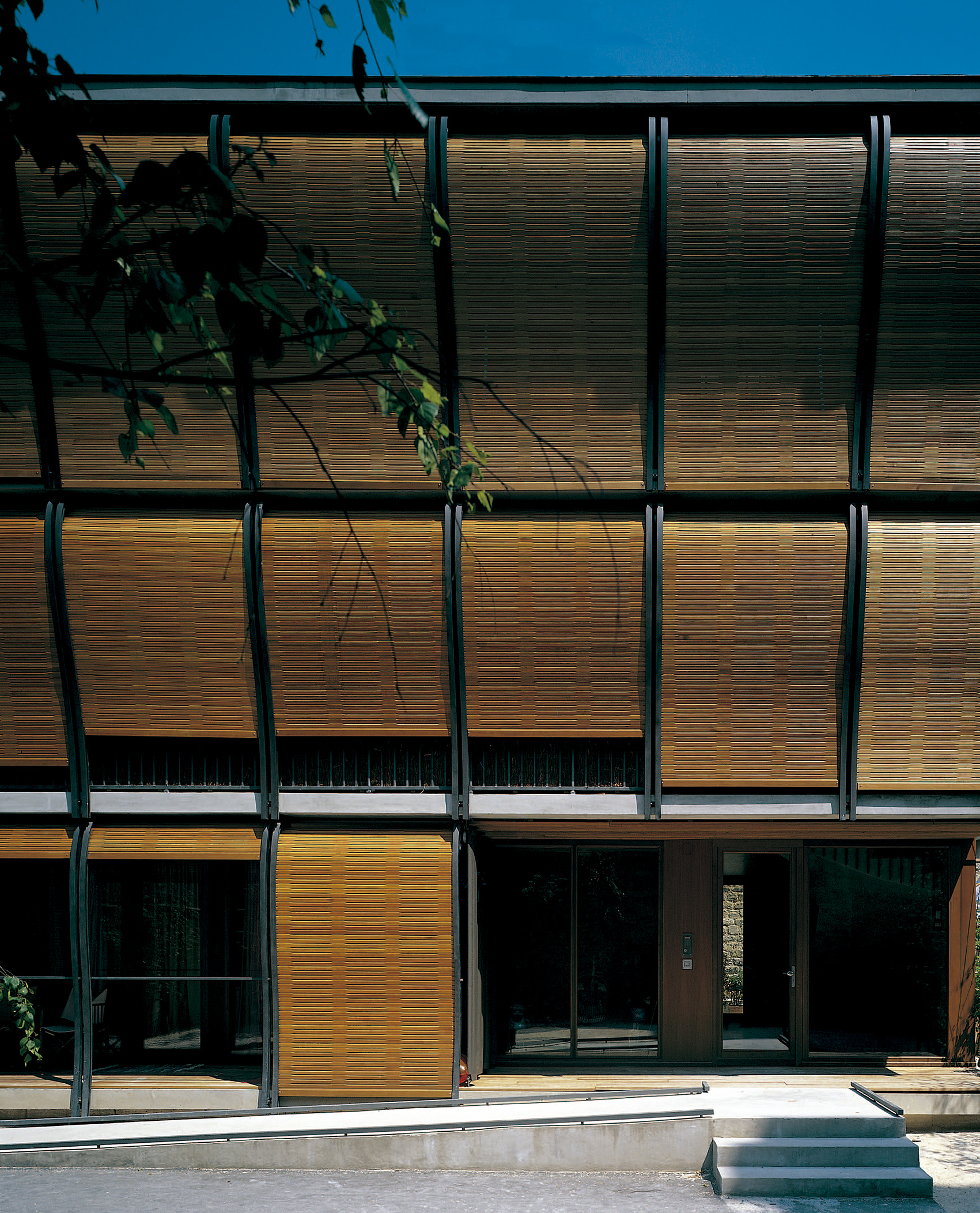 Herzog & de Meuron   China   A park comprising pavilions of widely differing forms, sizes, and functions is now under construction in Jinhua. The theme of each pavilion was chosen by the Chinese artist Ai Weiwei. The architectural concepts developed for the new city center of th

Herzog & de Meuron   Germany   The Brandenburg University of Technology Cottbus (BTU) was newly founded in 1991 following the reunification of Germany. Its buildings are constructed in a uniform style: they are all of essentially the same shape, height and material. In the early n

Herzog & de Meuron   China   The Swiss firm Herzog & de Meuron won the bid to build a museum devoted to the history and construction of China’s Grand Canal – a UNESCO World Heritage Site since 2014 – in the city of Hangzhou, at the junction of the canal and the Hanggang Rive

Herzog & de Meuron   United States   Placed on the coastline of the city of Sunny Isles Beach, in Florida, Jade Signature is a building rooted directly in the landscape and the city around it. The street connects to the lobby, the lobby overlooks the pool, and the pool is on the beach.

Herzog & de Meuron   Switzerland   Opened in 1849, the Museum der Kulturen Basel replaced the Augustinian monastery on the Münsterhügel with the classicist building by architect Melchior Berri. The “Universal Museum”, as it was then called, was extended in 1917 by the architects Visch

Herzog & de Meuron   China   Like in other metropolises, the strips that stretch along the ring roads of Beijing are high-visibility transit areas and thereby much coveted sites for corporate buildings. This new complex of offices will be directly located at the prominent north-

Herzog & de Meuron   Switzerland   The Schaulager Satellite for the Laurenz Foundation is a temporary structure which was built on the occasion of Art Basel, the premier international art fair held yearly in the city. Located in the main exhibition plaza, in the interior of the fair f

Herzog & de Meuron   France   Awooded site between the Rhine-Rhone Canal and the River Ill in Brunnstatt, on the southern outskirts of the French town of Mulhouse, was chosen as the position for the second building commissioned by the Ricola company. Serving as both factory and w

Herzog & de Meuron   Switzerland   The head office of Helvetia Patria insurance is located on top of the Girtannersberg, a raised part above the town of St. Gallen, and in the vicinity of other large building complexes. The new extensions of the existing cruciform complex are designed

Herzog & de Meuron   Switzerland   Mount Chäserrugg is the easternmost peak of the seven mountains that make up the Churfirsten Massif. It rises up gently from the Toggenburg to the north reaching up to 2,262 meters, and becomes a steep cliff to the south, plummeting almost 1,900 mete 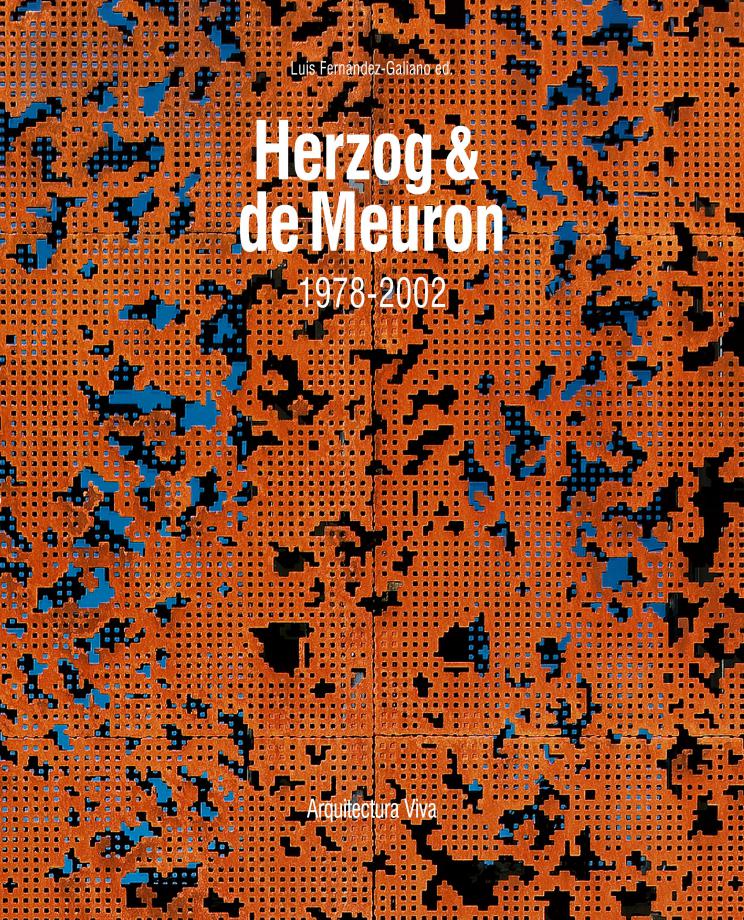 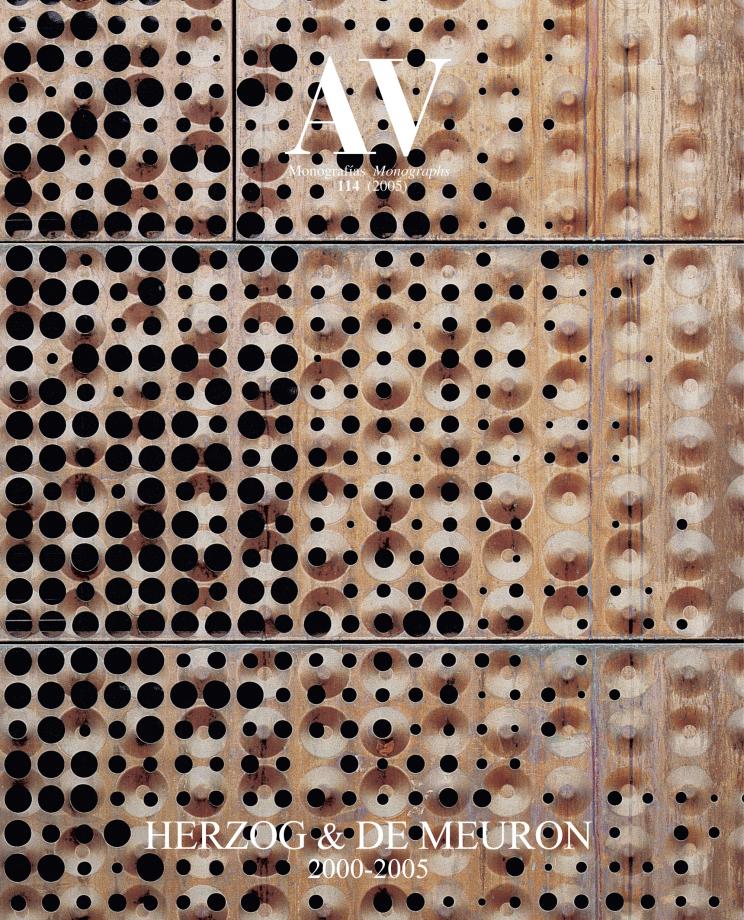