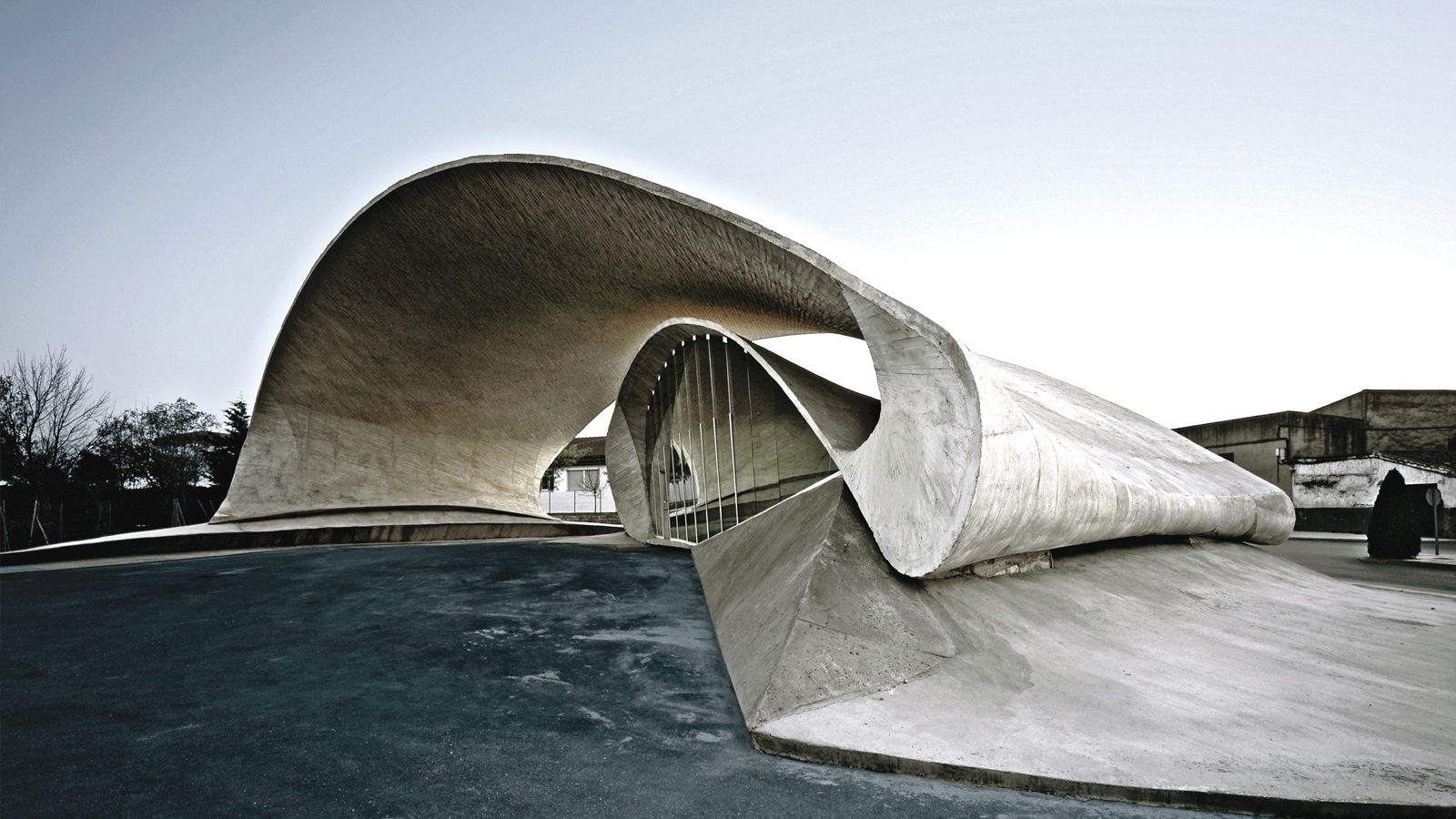 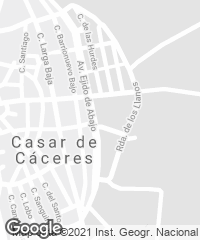 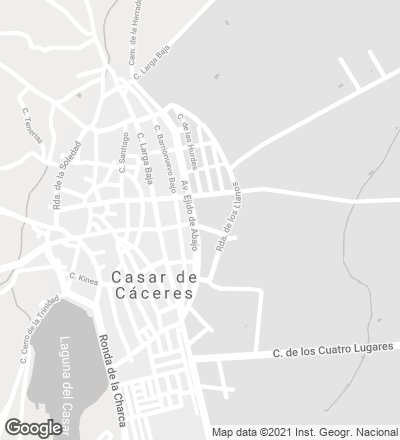 Ten kilometers  north of the city of Cáceres, the municipality of Casar was to house a subregional bus station, and the plot chosen was a corner one located between the kindergarten and the school, in a street that, close to the park, leads to the entrance of the cemetery. In this town of white architectures, the technique used until very recently was that of the clay vault: using one single material extracted from the earth – which was later provided with an adequate shape –allowed to obtain a unitary solution to generate the structure, the roof and the interior partitions of the dwellings. The solution for this new station arose after interpreting, and then combining, place and tradition: the place – an area that the children pass through every day on their way to school – serves to define the shape, a large loop that evokes the world of children’s dreams; the tradition – using one single material for all the building’s elements – led to the use of a sheet of white concrete, which serves to define at the same time structure, roof and spatial limits of the new transport station. 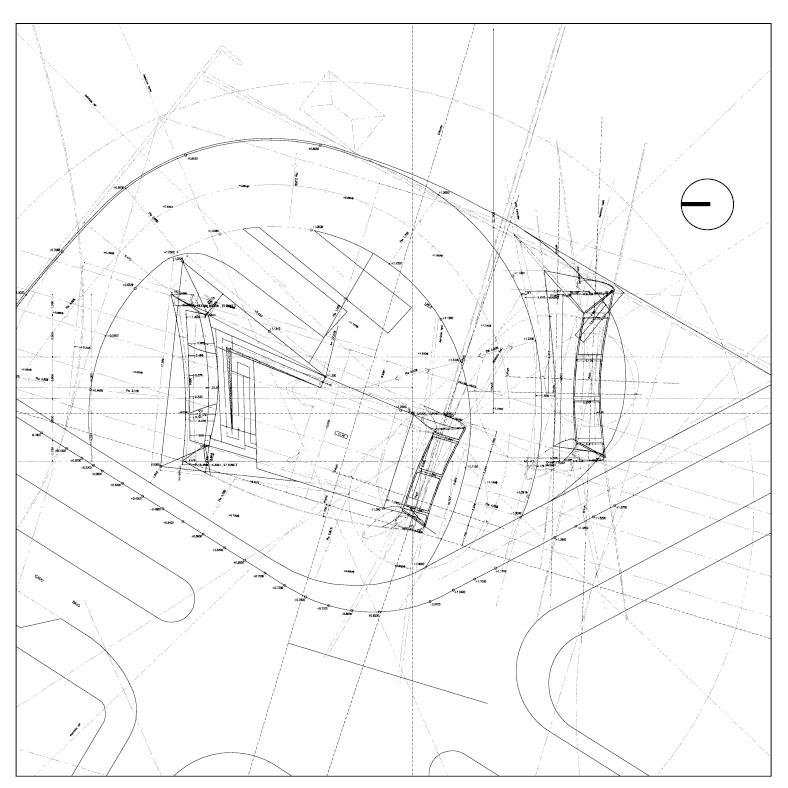 The new terminal is shaped with a layer of white concrete which rises up over the surrounding roofs, folded doubly to take in the traffic of vehicles in the larger loop and that of passengers in the smaller one.

As an anagram of urban dimension, the loop is generated from two consecutive folds – unfurled with respect to one another – of the concrete sheet. The smaller fold, separated from the exterior one by two glazed surfaces, welcomes the pedestrians that arrive from the town center: after walking under the old vaults covering the transversal streets, they perceive a sensation similar to that of reaching the station. The larger fold houses outdoor bus arrival and departure areas, with a scale that responds to the nearby park and that prevents the station, visible from a distance, from being considered a mere halt, but rather as an essential node for the smooth running of the nucleus. In the basement, which is accessed through a ramp with four stretches that starts from the point where the smaller loop touches the ground, are the restrooms, the bar and the storage area. In this way, the upper floor is free from auxiliary functions, and it is the excavated space, delimited by the retaining walls of gray concrete, that which allows the unfurling of the white concrete ribbon in the upper area. 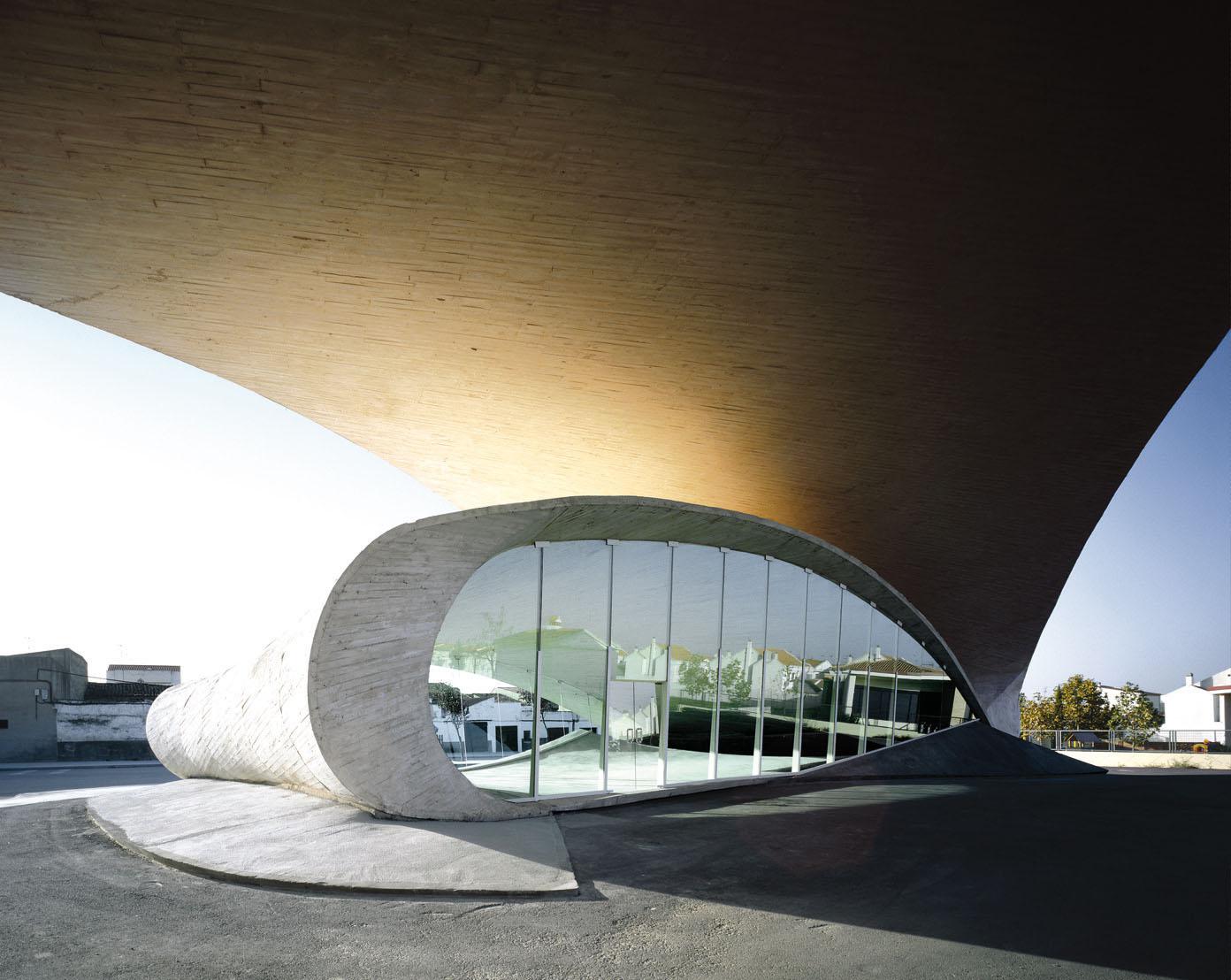 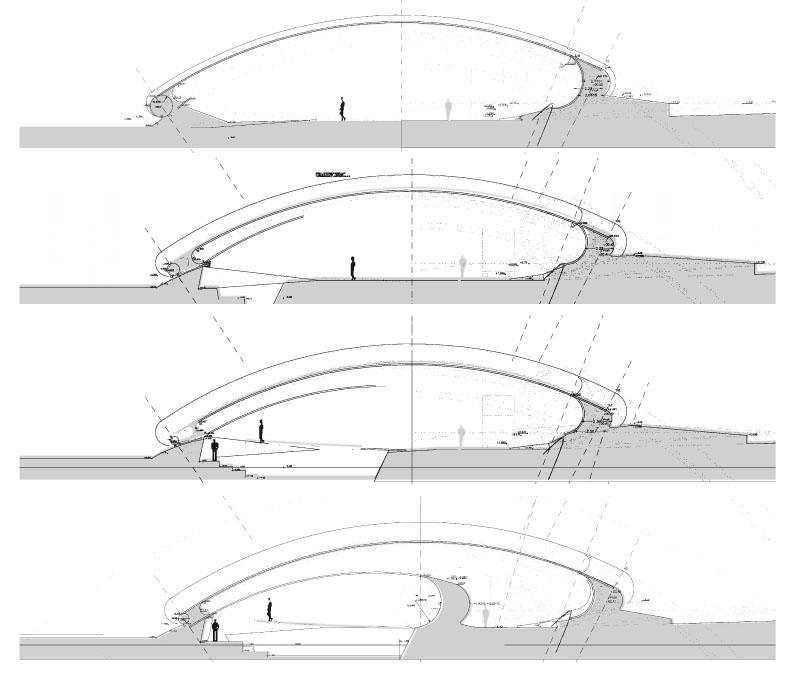 In the basement, the walls of gray concrete house the restrooms, the storage areas and the cafeteria, in such a way that the upper floor is free from auxiliary functions and the white sheet can show its full circuit unhindered. 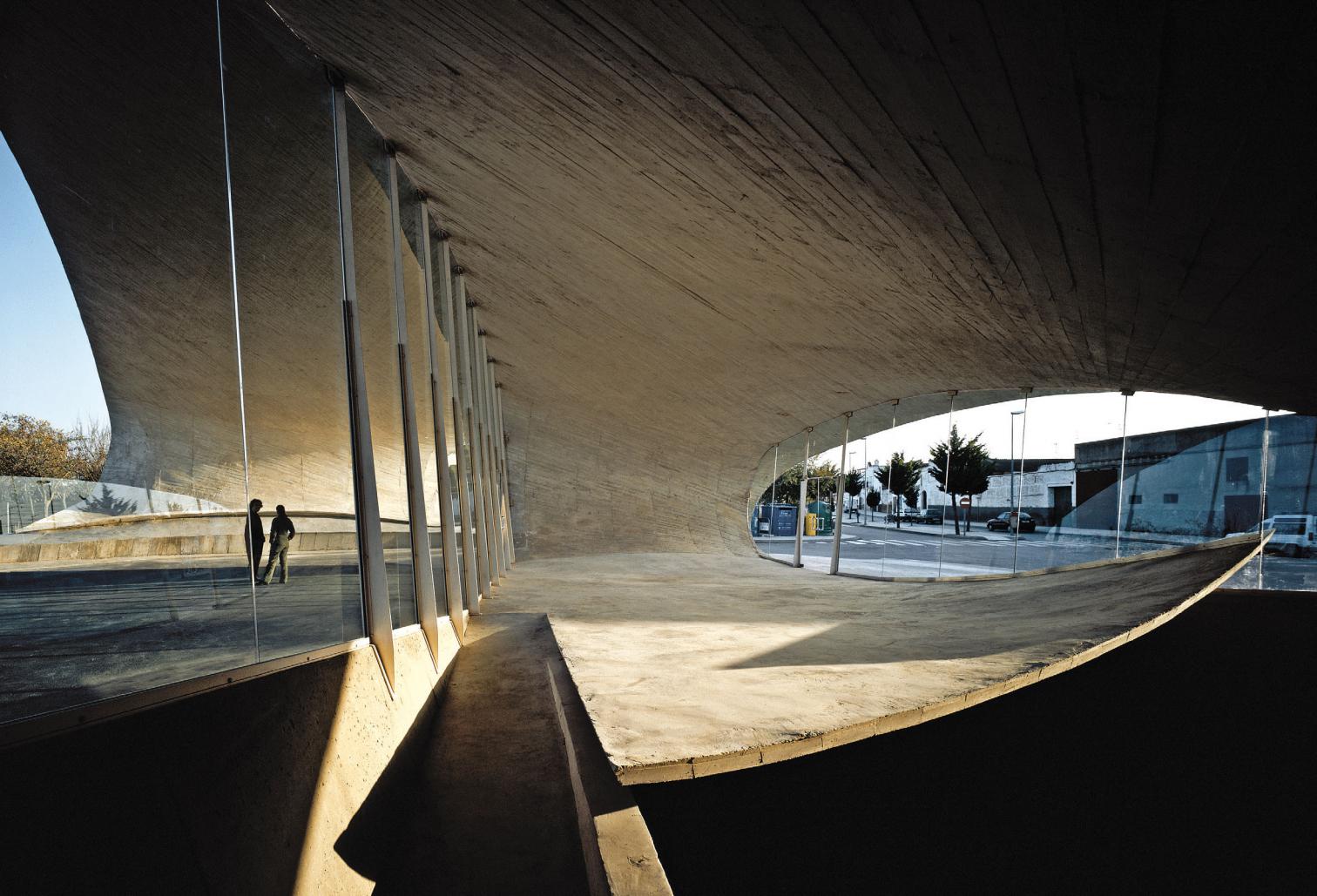 The sheet is a ruled surface and corresponds to a hyperboloid resembling a torus.Its 34 meter span, 14 meters in width on plan and only 12 meters thick have been achieved with precise calculations: between the measures taken during construction and the shape finally designed, the margin of error was always below one centimeter.

Sancho Madridejos   Spain   Within the typical landscape of hills covered in holm and cork oak, a 5000 hectare dry plot of land in the province of Ciudad Real had to be provided with the necessary facilities to exploit its extensive forest, host occasional huntings and serve as

Chinese president Xi Jinping a few years ago lambasted the ‘weird architecture’ that international stars were building in his country (see Arquitectura Viva 169), but his denouncement does not seem to have been much heeded. Otherwise there would be n

A posthumous work of the architect Antonio Jiménez Torrecilla, who passed away in 2015, has been inaugurated: the Alcázar Genil station of the Metro of Granada. Characterized by the particular povera and at the same time minimalist image that its aut

Herreros Arquitectos Rubio & Álvarez-Sala Juan Herreros   Spain   The project has a double objective: to connect the outskirts with the center and to become the gate of entrance to the city; like a bridge, the new building features different accesses and looks out to the natural context like an urban balcony... [+]

Ábalos + Sentkiewicz   Spain   The result of a competition won in 2006, the intermodal station of Logroño was part of a much larger urban plan to bury the railway line as it traversed the capital of La Rioja region, and which also involved creating a large linear park and five res