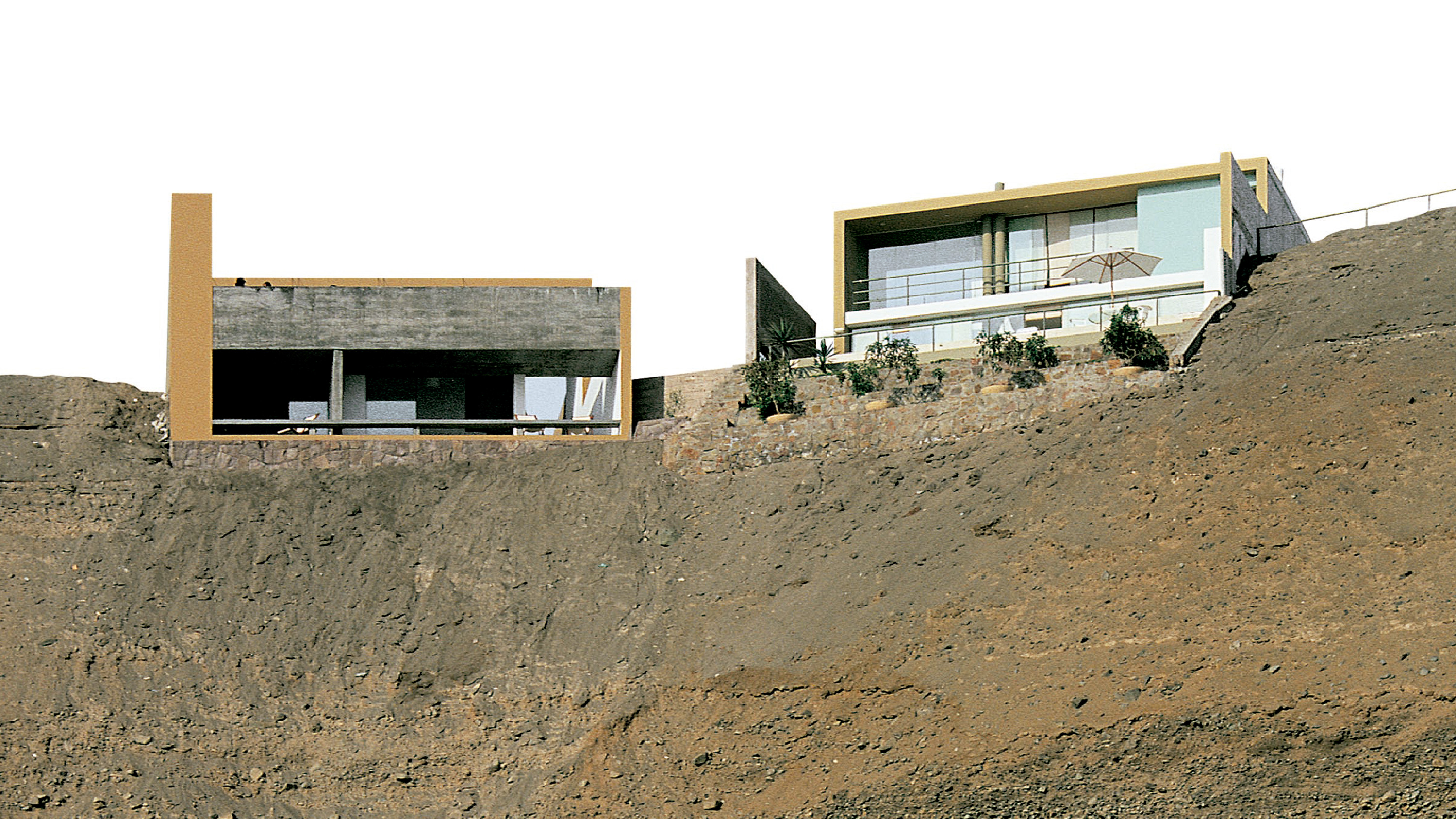 In Peru, desert and ocean become one along the hundreds of kilometers which constitute its Pacific coastline. The extreme temperatures and the arid environment are counteracted by the presence of the ocean, so the weather conditions turn it into an ideal place to build a holiday residence: the temperatures oscillate between fifteen degrees centigrades in winter and twentynine during the summer, without noticeable variations between day and night thanks to a high relative humidity. Casa Equis was built in the province of Cañete, approximately 40 kilometers south of Lima, over the sandy cliffs of an enclave called Playa Escondida, enduring the harsh tropical sun.

Designing a single-family dwelling in a boundless territory raised the question of how to domesticate the landscape, make it inhabitable, without damaging it. This objective was achieved by way of a double design strategy: a maximum occupation of the plot’s buildable area (11 x 25 meters on plan and 3,6 in height) and its configuration as a solid volume and not as a mere wrapping. The end piece, an exact prism that rests on the dunes, is excavated throughout the design process providing the material needed to generate the living spaces.

The house develops a conventional residential program in two levels that are linked by a lateral stairway which adapts on the exterior to the slope of the terrain. On the upper floor, the path between the access threshold underscores the act of leaving the desert behind, leading to a small entry courtyard connected with the kitchen. The courtyard is projected towards the sea on the terrace surface, as if it were an artificial beach: above it, the living and dining area are covered with a second horizontal surface which also serves as a sunscreen, while the long and narrow swimming pool, interposed between the horizon and the house, brings the water closer. The lower level, reached by descending along a path between walls with the landscape framed by the pool, houses the children’s rooms, dug out of the hillside, and the master suite and guest bedroom, open to the sea. A toplit corridor connects the different bedrooms.

The exterior facades where painted in ocher and desert tones (used in the pre-Columbian and colonial constructions of the Peruvian coastline) with the purpose of minimizing visual deterioration in an area where the wind and the sand beat against the constructions incessantly... [+]

Barclay & Crousse Arquitectos   Peru   The house sits at the confluence of two extreme landscapes, the desert and the Pacific Ocean, which together produce a humid but rainless climate and a constant temperature.

Lecture Hall for the University of Piura

Barclay & Crousse Arquitectos   Peru   Inserted into a cliff in Lima and echoing the surroundings through its materials, the memorial seeks to foster reconcitiation among Peruvians in the wake of decades of violence.

Barclay & Crousse Arquitectos   Peru   The new museum seeks to address the fragile balance between preserving heritage, sharing it with the public, and integrating it with the landscape, cradle of the indigenous Paracas culture.

Álvaro Leite Siza   Portugal   Cascading downhill or rising as a temple from an old civilization, the dwelling located on a narrow and elongated plot, on a hillside with a pronounced slope oriented towards the south, makes the most of the inconveniences of its site to become a wor

House in the Valley, Vieira do Minho

Guilherme Machado   Portugal   Sculpture becomes a tool, as it happens when a small scale is placed alongside a specimen observed under a microscope lens: at first glance it seems invisible but it reveals a lot of information. The position of the walls shows what is missing and go 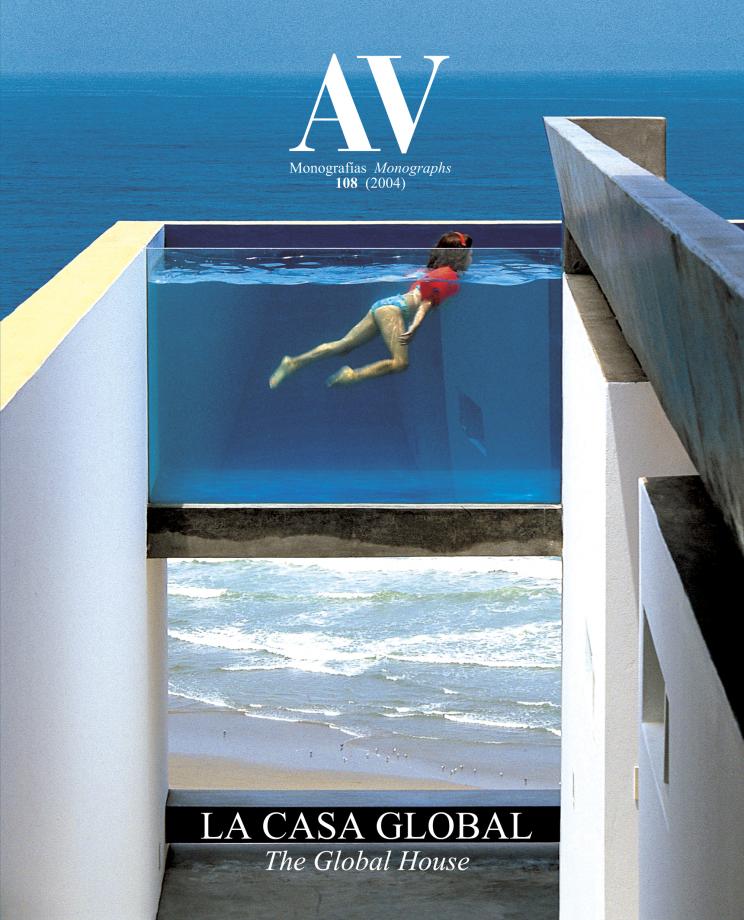