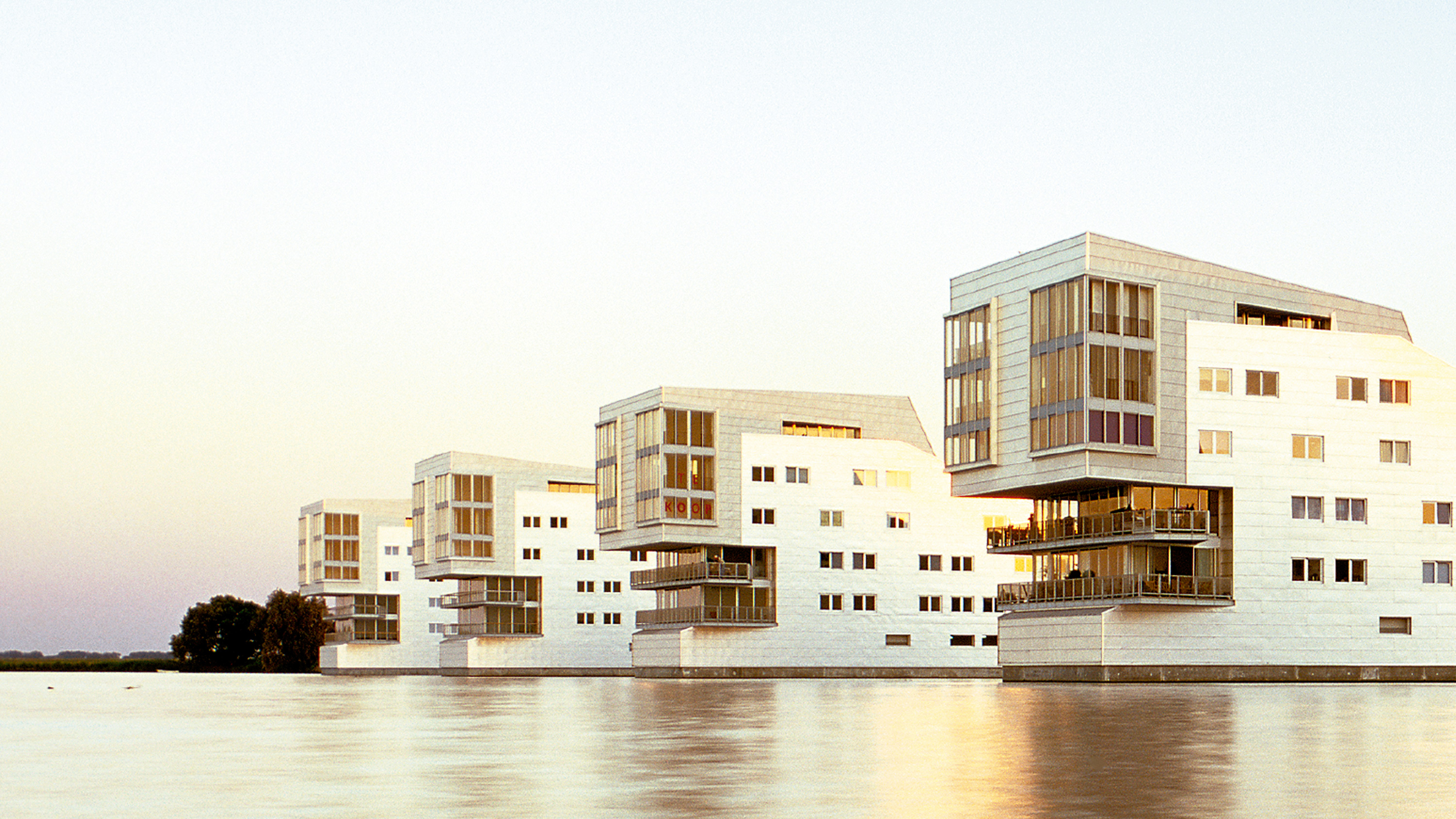 Blocks in a Lake, Huizen 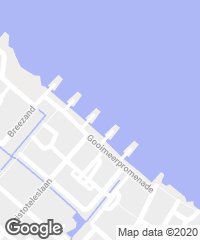 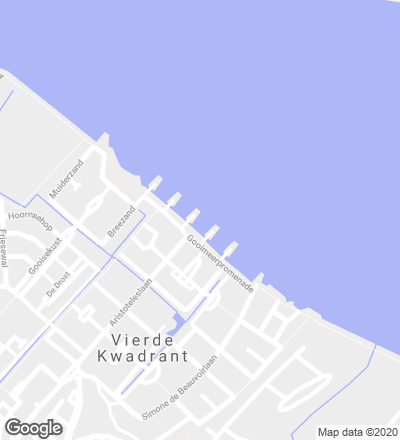 In the city of Huizen, near Amsterdam, a residential area ends in a platform facing Lake Gooimeer. Resting on a fringe of reed, five new buildings stand perpendicular to the coastal promenade, rising with a sphinx-like profile over the water. This is a significant development, generating a striking image from Stichtse bridge, which connects the mainland, located in the south, with the new polders on the opposite shore.

The sphinxes, whose sculptural character is emphasized by their natural backdrop, are an interesting exercise in typological innovation. Their volume tapers as it rises, tilting over the water, all the way to the top, which is formed by a prism evoking a huge head. The top level, which contains the double-height dwellings, is slightly different in each one of the five pieces, generating a certain visual rhythm. The sphinxes are entirely clad in silver-colored metal sheets, but the varying orientation of their surfaces makes them react differently to the impact of the sun, enhancing the separation of the volumes. The panels are made of aluminum because of its zero contamination in a harsh and salty environment, as well as for its aesthetic qualities, stressed here by the horizontal effect that the joints produce. A concrete base, which supports each one of the low-rise blocks, serves to organize the access by car to the parking areas, which are below water level, as well as the pedestrian access to the dwellings through a shared bridge that crosses the fringe of reed. The public space takes on an essential role in the project. At five points, the esplanade in front of the buildings becomes a lookout, a surf beach, a public plaza, a wind balcony and a fishing jetty.

Each one of the five buildings comprises fourteen dwellings of different characteristics and sizes – ten regular apartments and four duplex apartments distributed in a total of four stories. The tilting of the blocks makes it necessary to reduce the surface area of each floor gradually, so as one moves up the building, each floor has one apartment less. This kind of section allows to build three pairs of staggered balconies at the rear of the larger volume, and another pair in the duplex apartments of the top level, all of them benefitting from a southern orientation. The access level houses the parking spaces, the storage rooms and the main entrance hall, which stretches along the eastern facade and all the way to the elevator and stairwell... [+]

Neutelings Riedijk Architects   Belgium   Up until the seventies, the Arenberg Institute housed the Department of Chemistry of the University of Leuven. After years of gradual deterioration, at the end of the nineties the complex was leased by the University to the Stuk Arts Center, which wa

Neutelings Riedijk Architects   Netherlands   The building’s interior and exterior facades are completed with brick and oakwood frames holding a total of 2,264 fingerprints of Deventer citizens, reproduced with aluminum in collaboration with the local artist Loes ten Anscher... [+]

Marlies Rohmer   Netherlands   Holland has a long history of living close to water and thus of coping with its seasonal caprices, which entails living on land protected by dykes or on mounds. Currently the use of floating homes like those of Steigereiland, an island located in the

Abbink X de Hass Architects   Netherlands   This apartment building rises in the heart of Amsterdam and is part of a general redevelopment project that took off twenty years ago. Boxed in between alleys and hidden in the dense mass of historical constructions, the block addresses the unique su

DKV Architecten   Netherlands   The apartment building in Sloterplas lake is part of a renewal plan for the area, which includes the extension of the existing boulevard, applying different urbanistic criteria to either side of the street: towards the west the original structure of

Places with no Name

Carlo Baumschlager   Dietmar Eberle   Architecture in general, and that of residential buildings in particular, is built on systems that have evolved at a regional level. What types of construction are possible, what styles are in demand, what materials are in use, what level of craftsma

NL Architects XVW architectuur   Netherlands   Inspired in the ‘do-it-yourself’ philosophy, the intervention centers on the facade and the circulation cores, and leaves the finishes inside the apartments for the tenants to complete in the course of time. 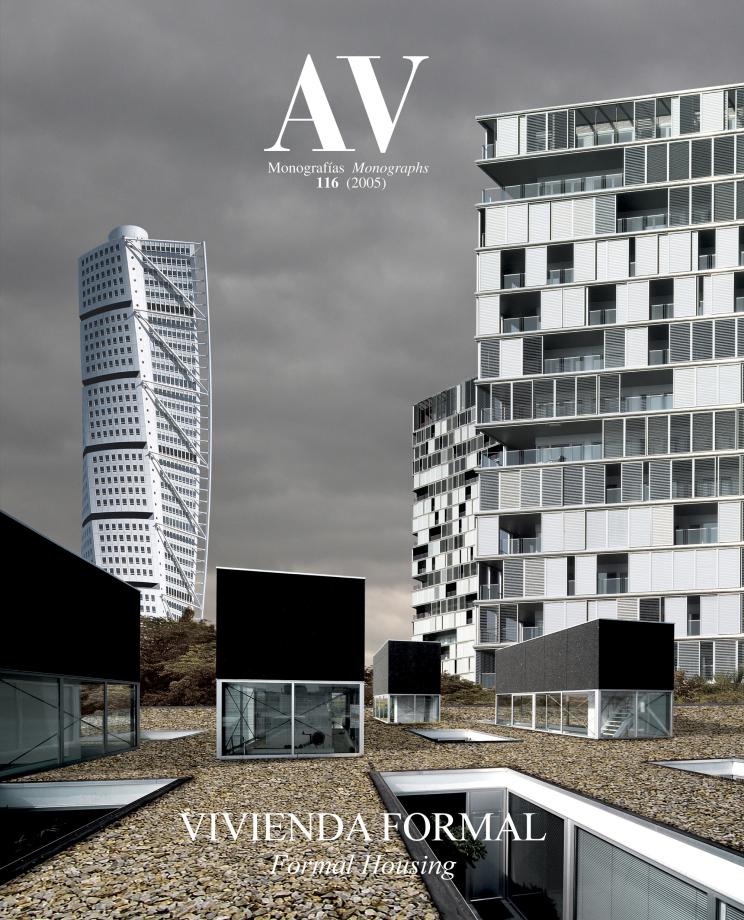