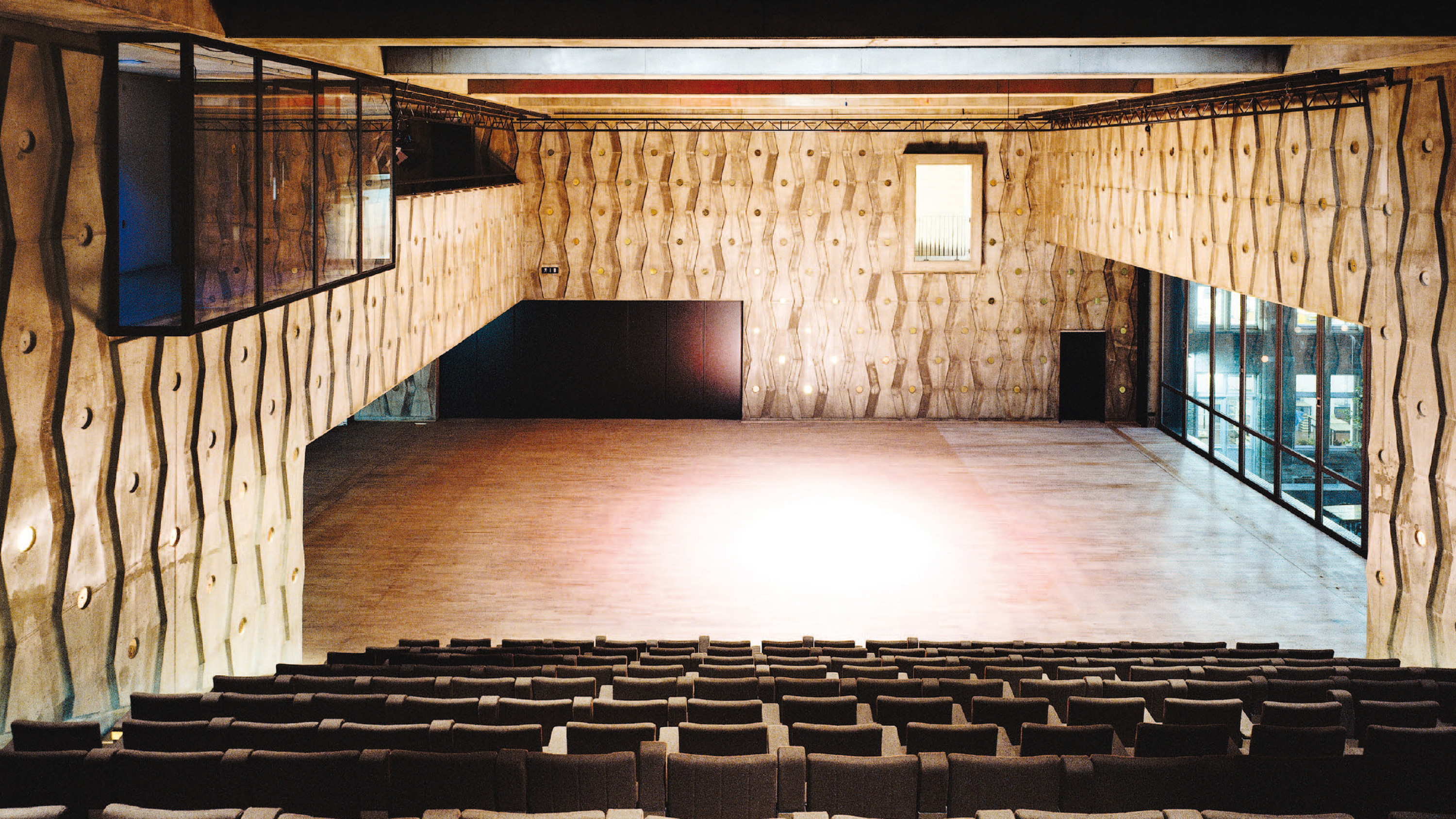 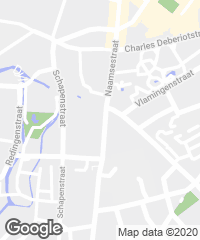 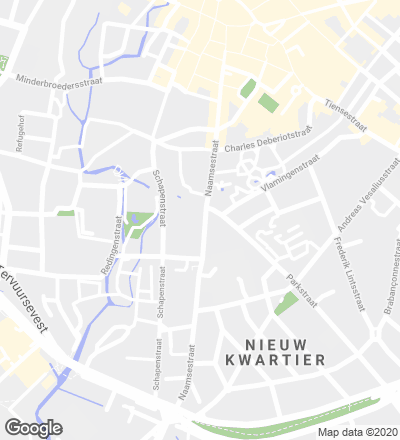 Up until the seventies, the Arenberg Institute housed the Department of Chemistry of the University of Leuven. After years of gradual deterioration, at the end of the nineties the complex was leased by the University to the Stuk Arts Center, which was scattered in different premises around town. The institute was formed by a group of buildings from the last years of the 19th century and the beginning of the 20th organized around a courtyard and spanning a wide variety of levels. The different states of preservation suggested carrying out independent interventions in each one of them: the two most deteriorated wings were demolished and replaced; another two that were still in use (the front and rear blocks) were remodelled almost entirely; the remaining ones underwent a cursory intervention and all of the exterior space was altered. The result is a completely renewed public space, an unprecedented center of attraction in the heart of Leuven with almost 10.000 square meters at the service of artistic experimentation.

The project starts from the perception of the unit as “a small city with many houses”. Each space is determined by specific conditions such as environment, finish, size and light that give the project an appearance of kaleidoscopic labyrinth that avoids neutral expression. The center had ten specific theaters (for dance, performances, rehearsals, conferences, visual arts...) as well as service and assembly rooms. The courtyard is the core of the complex and the center of the system of exterior spaces that traverse it forming a network of informal circulations that encourages the casual encounter among artists, strollers, students or town residents.

The intervention tries to integrate the old and new structures to form a whole which, at the same time that it accentuates the contrast between the different periods of construction, it interrelates them by using red brick as facade material. A sculptural volumetry helps to form this exterior in which the sobriety of the materials – pigmented concrete slabs, handrails of galvanized steel – , contrasts with the exuberant interiors. In accordance with their function, illumination, perspective, views or materials, each theater acquires an idiosyncratic character. The wide repertoire of finishes – concrete with bas-relief patterns, walls clad in padded black leather, shutters filled with red velvet and so forth – give the whole a ‘wonderland’ atmosphere where each door opens to a fanciful and surprising place.

Blocks in a Lake, Huizen

Neutelings Riedijk Architects   Netherlands   In the city of Huizen, near Amsterdam, a residential area ends in a platform facing Lake Gooimeer. Resting on a fringe of reed, five new buildings stand perpendicular to the coastal promenade, rising with a sphinx-like profile over the water. This is

Neutelings Riedijk Architects   Netherlands   The building’s interior and exterior facades are completed with brick and oakwood frames holding a total of 2,264 fingerprints of Deventer citizens, reproduced with aluminum in collaboration with the local artist Loes ten Anscher... [+]

51N4E Caruso St John Architects Thomas Demand l'AUC   Belgium   The project proposes the creation of a series of architectural pieces which order and hierarchize the gigantic interior of the complex, providing the museum with the spaces it requires to house its diverse collections, exhibitions, and programs... [+

6a architects OMA AgwA   Belgium   All the exhibition spaces complementary to the museum are gathered under the same roof: the peripheral gallery, open to city; the garage, for temporary exhibitions, experiments and large-scale events; the showroom; and the Interstitial Museum... [+]

Art in the Factory, Can Framis in Barcelona

Stella, the Schloss and Critical Reconstruction

Flores i Prats Architects   Belgium   A scheme drawn up by the Barcelona practice of Ricardo Flores and Eva Prats, in collaboration with the Brussels firm Ouest Architecture – has been announced the winning design in the restricted competition to convert the Belgian capital’s old Ancien

Sergison Bates architects   Belgium   Located at the heart of a new Maritime Park in the north of Antwerp, the museum repurposes existing buildings along the quays of the historic port of the city: dry docks, a listed 19th-century pump-house, and several shipbuilding structures... [+] 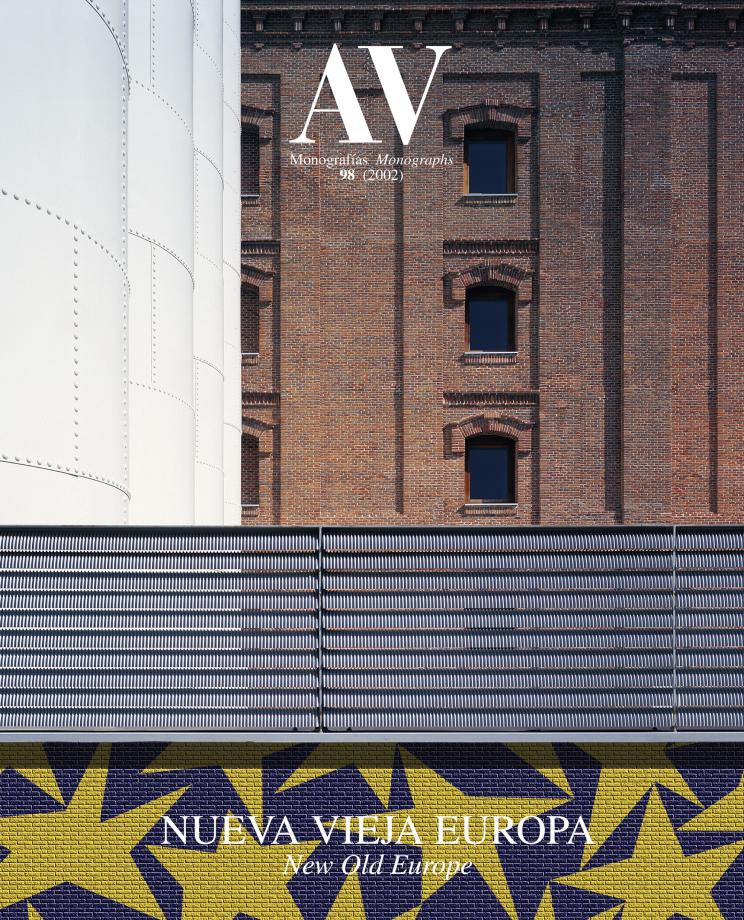