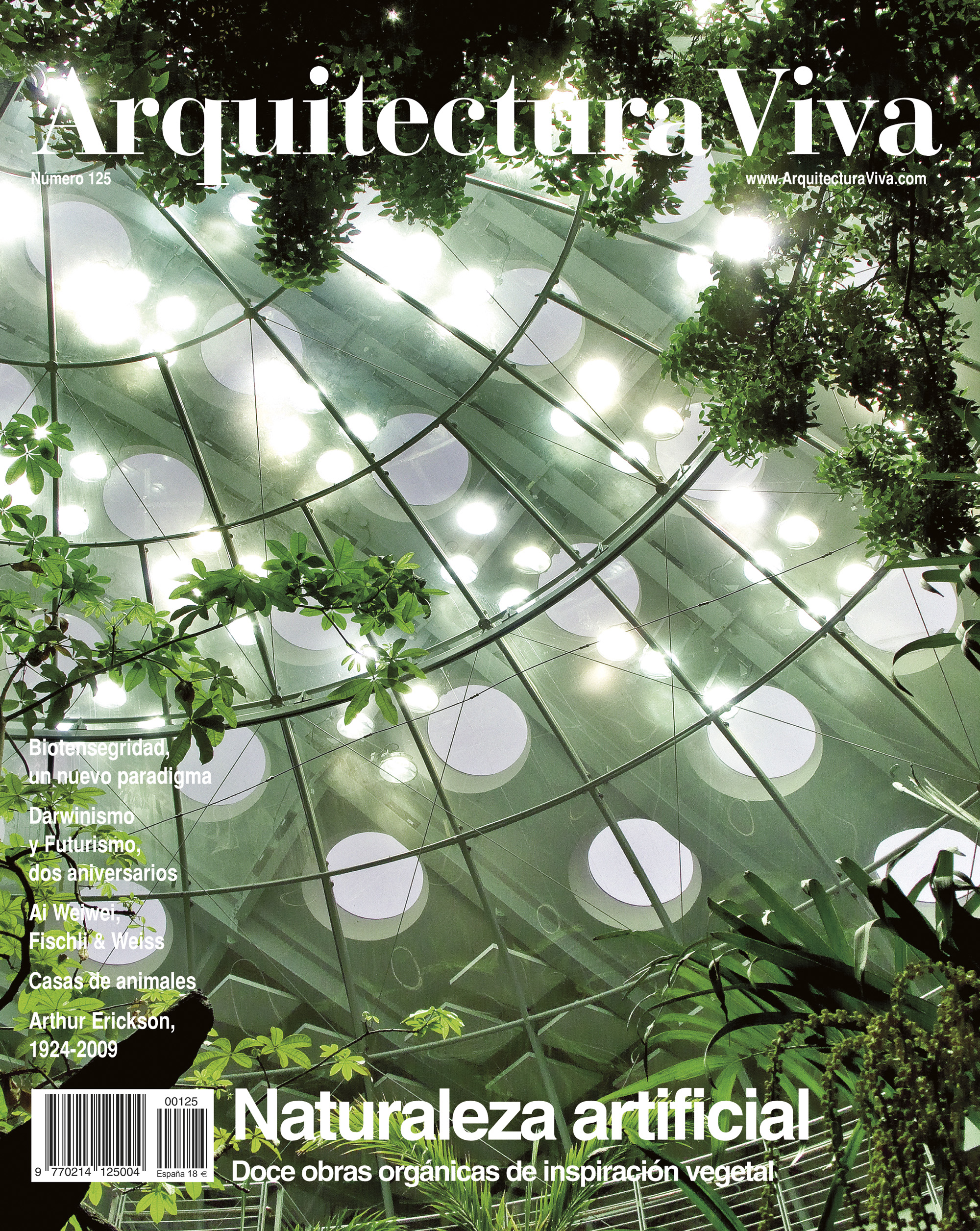 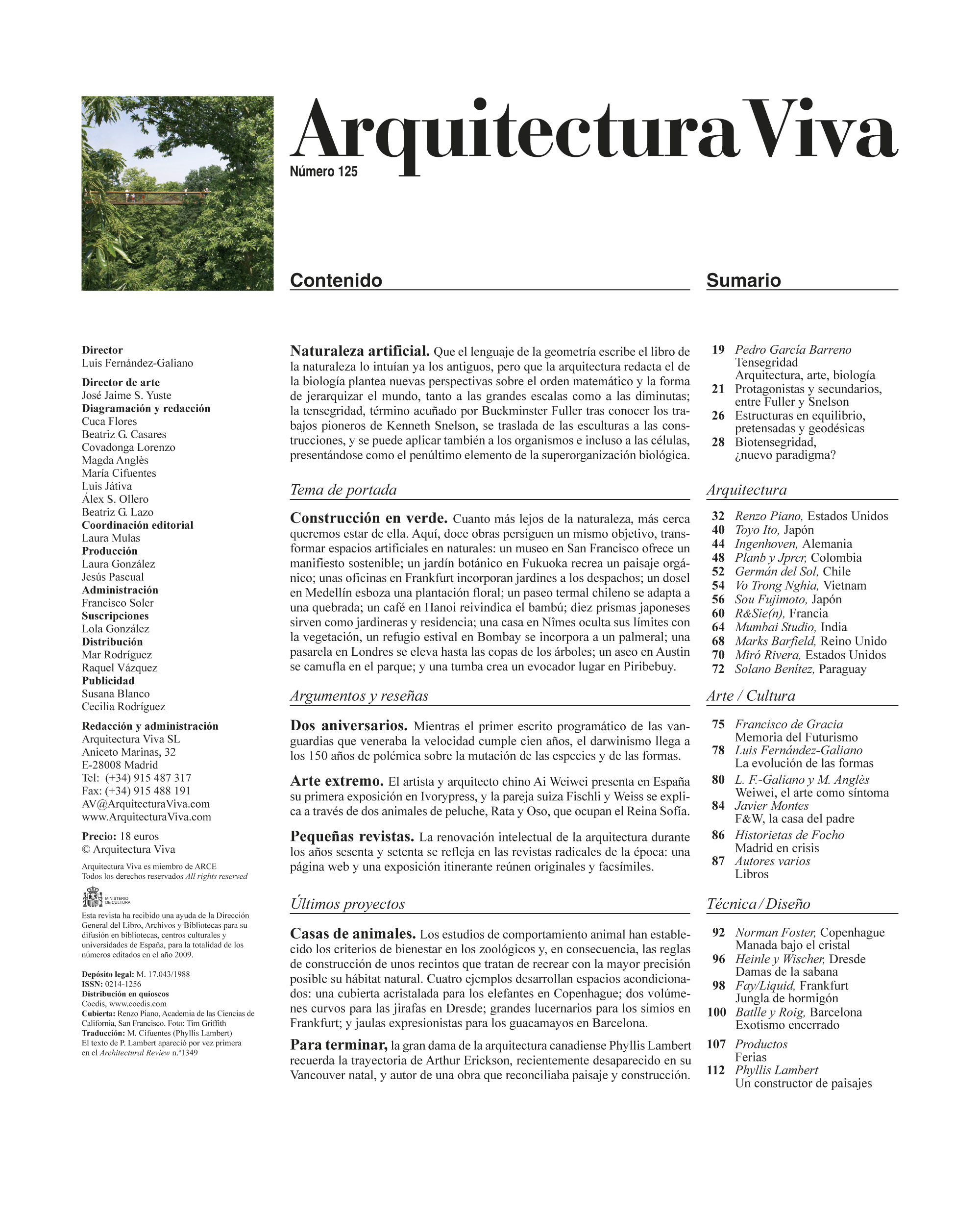 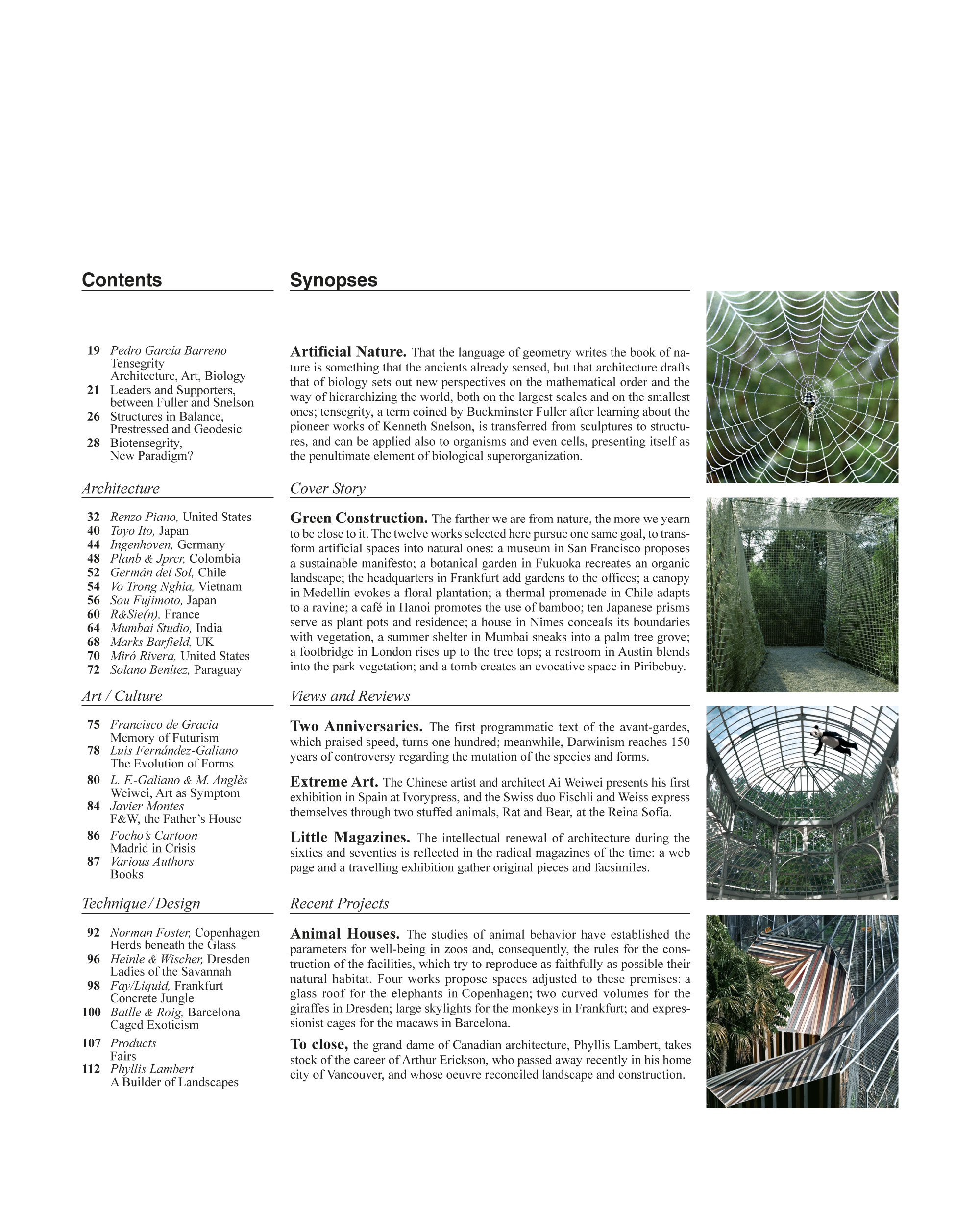 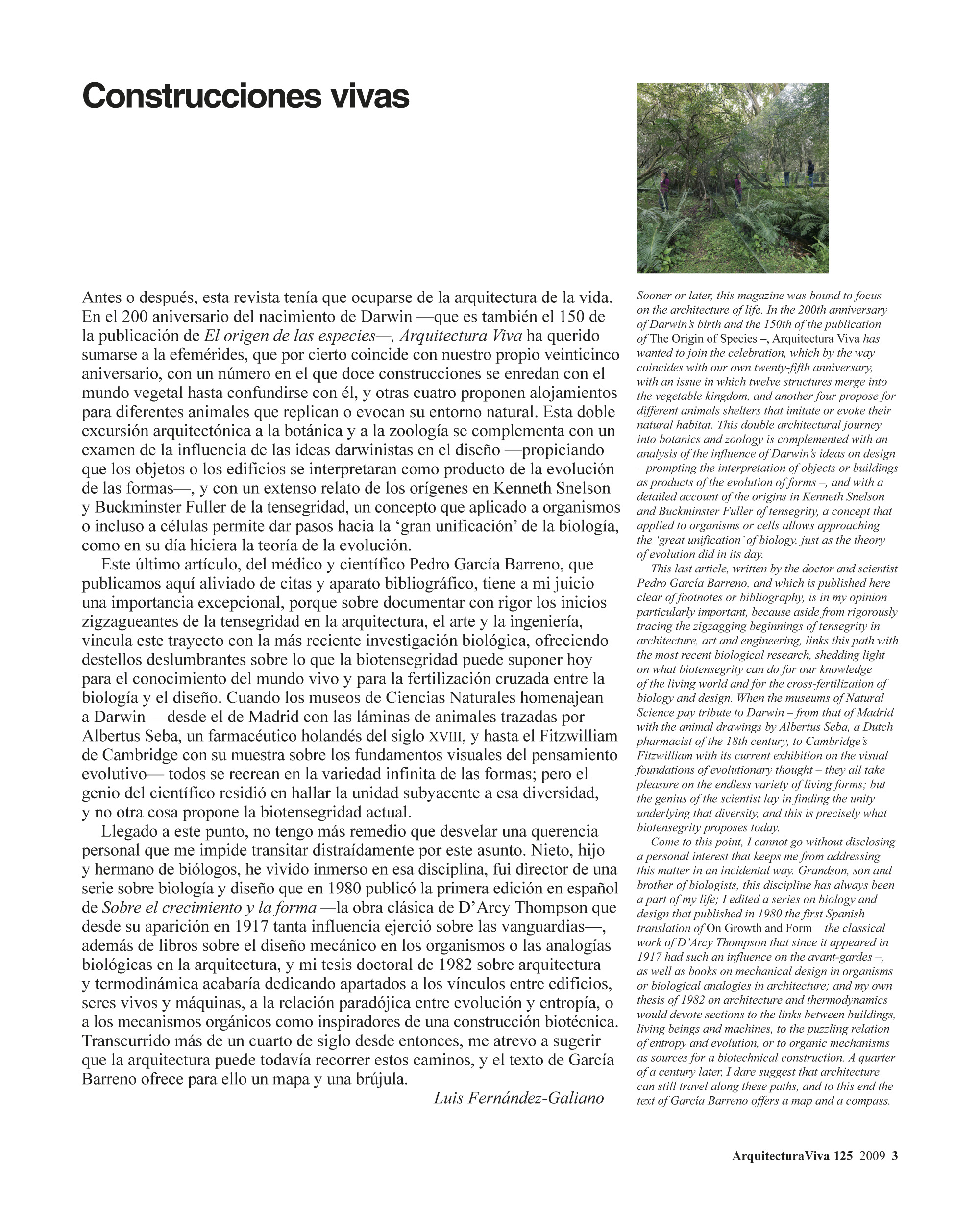 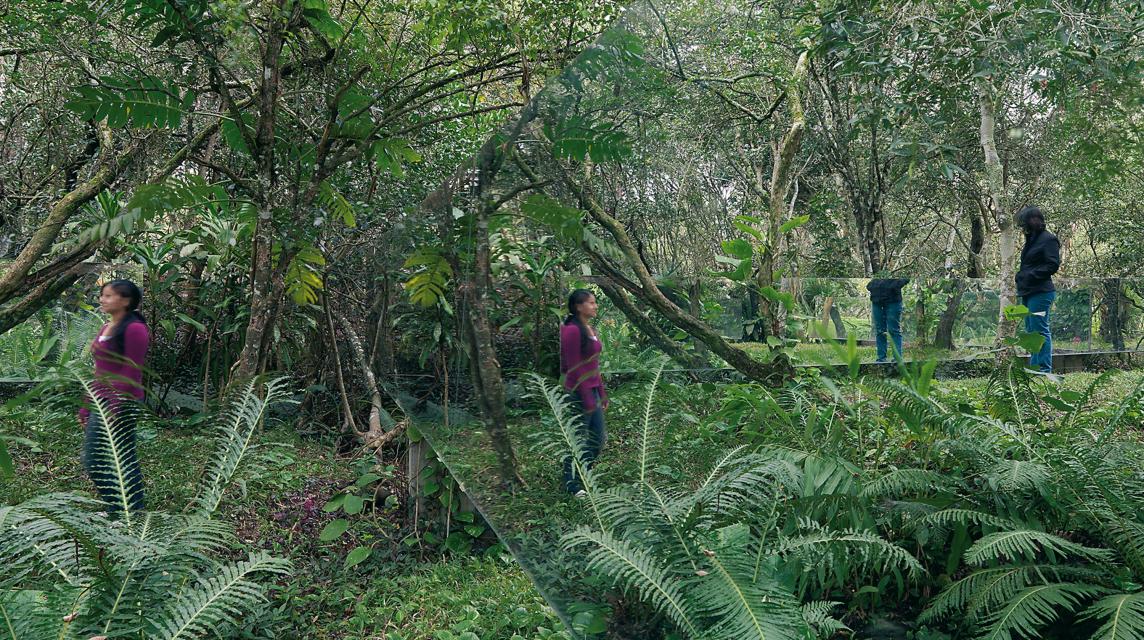 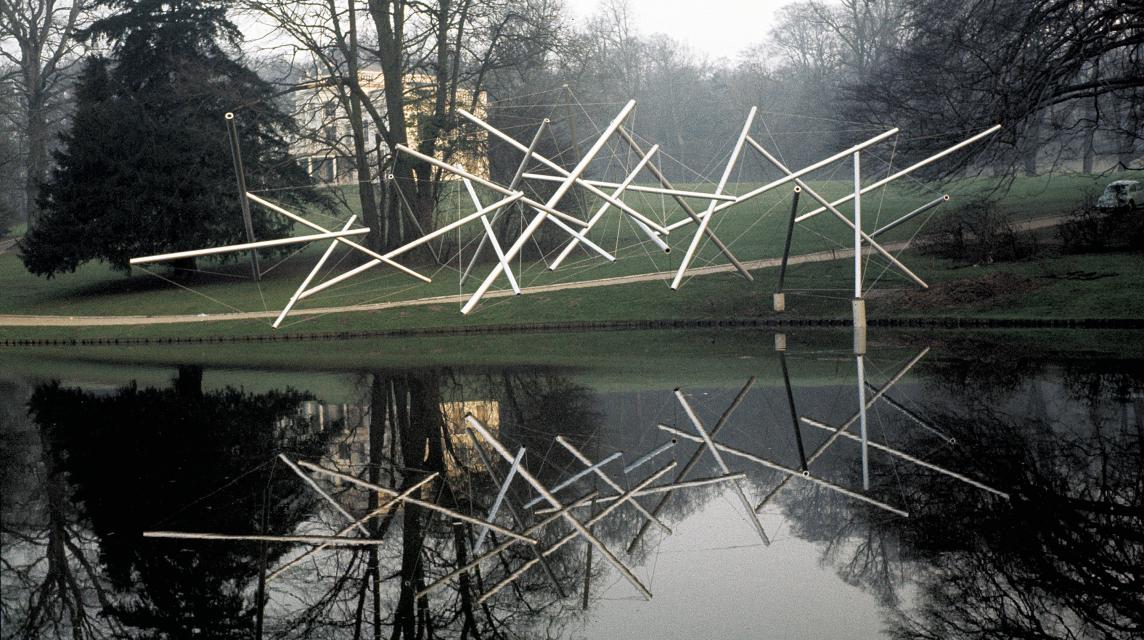 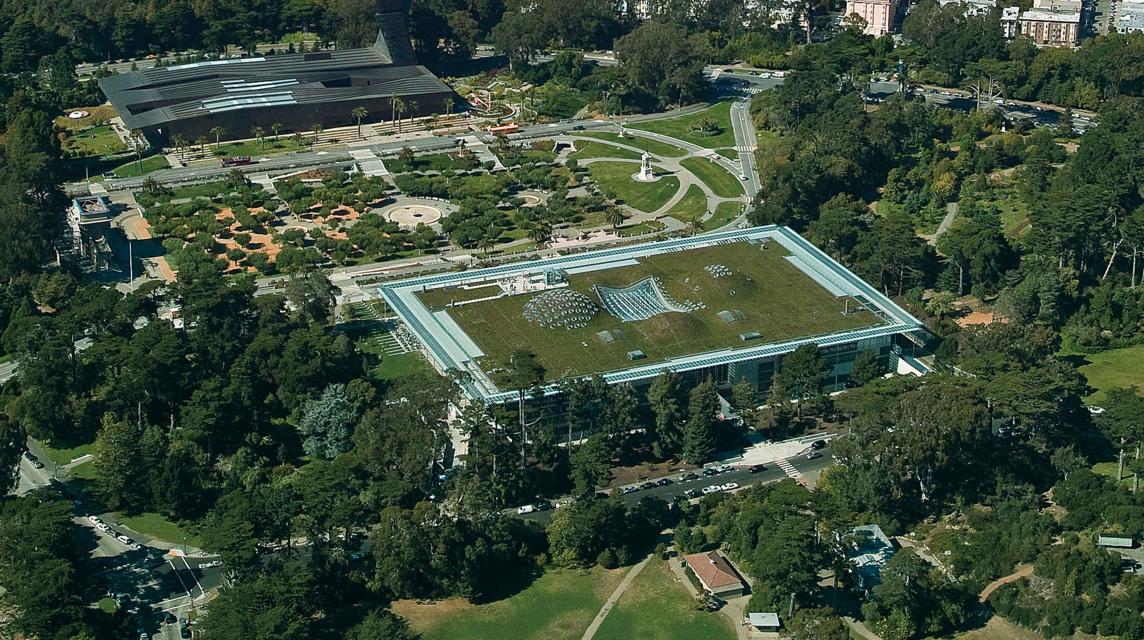 Renzo Piano   United States   The motto of the almost centenary California Academy of Sciences, ‘Exploring, explaining, and sustaining life of Earth,’ inspired the design of its new headquarters, built to replace the old ensemble of buildings – severely damaged in the 1989 earthq 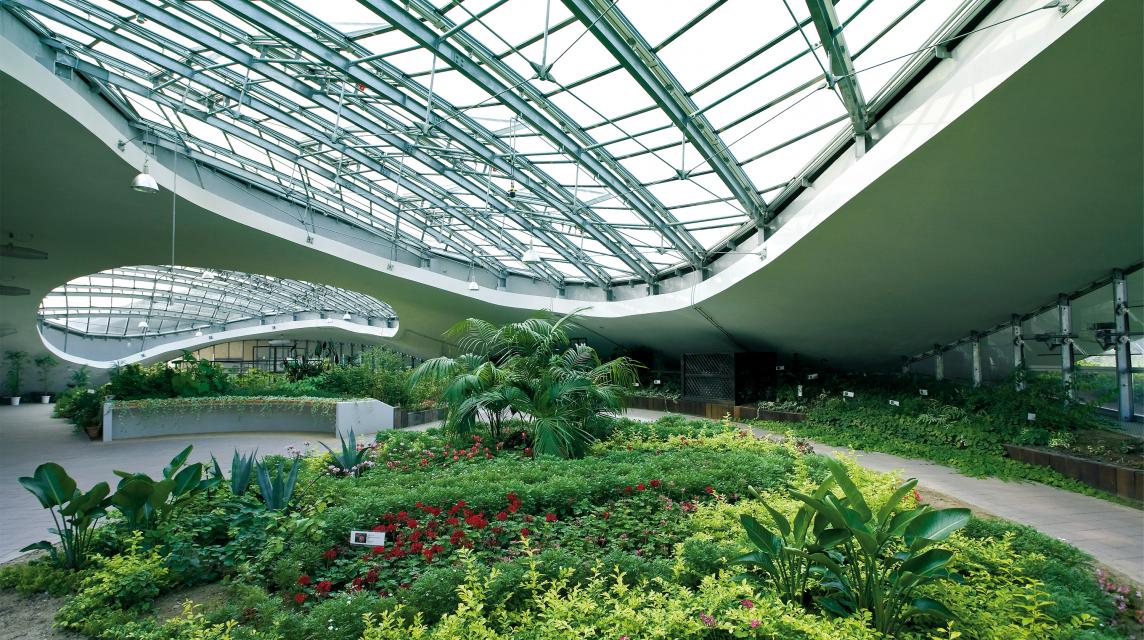 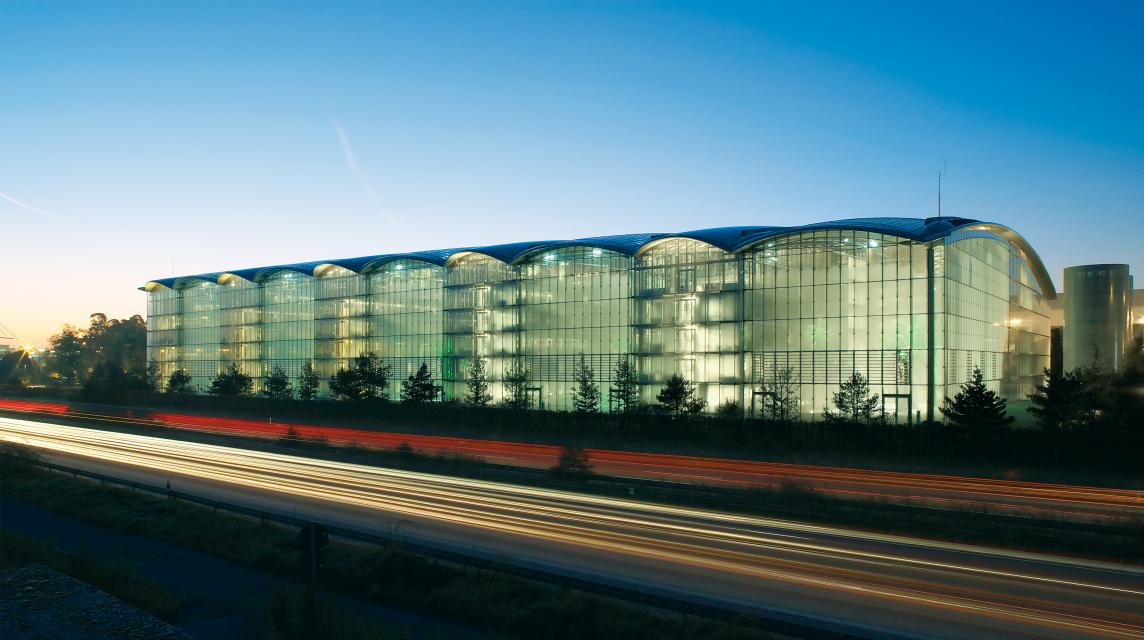 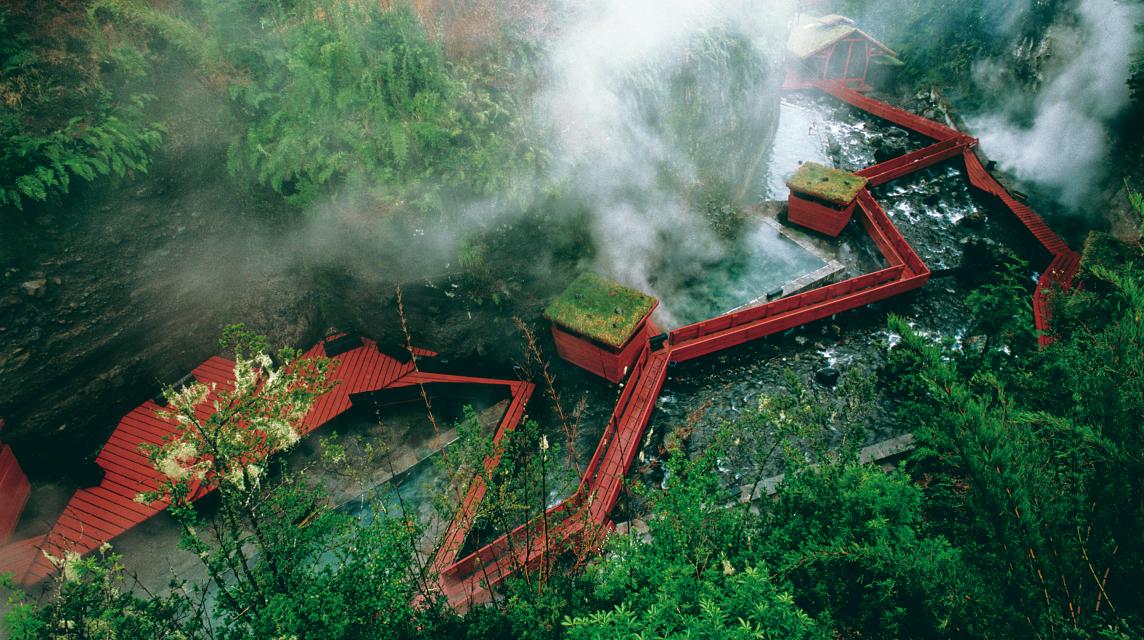 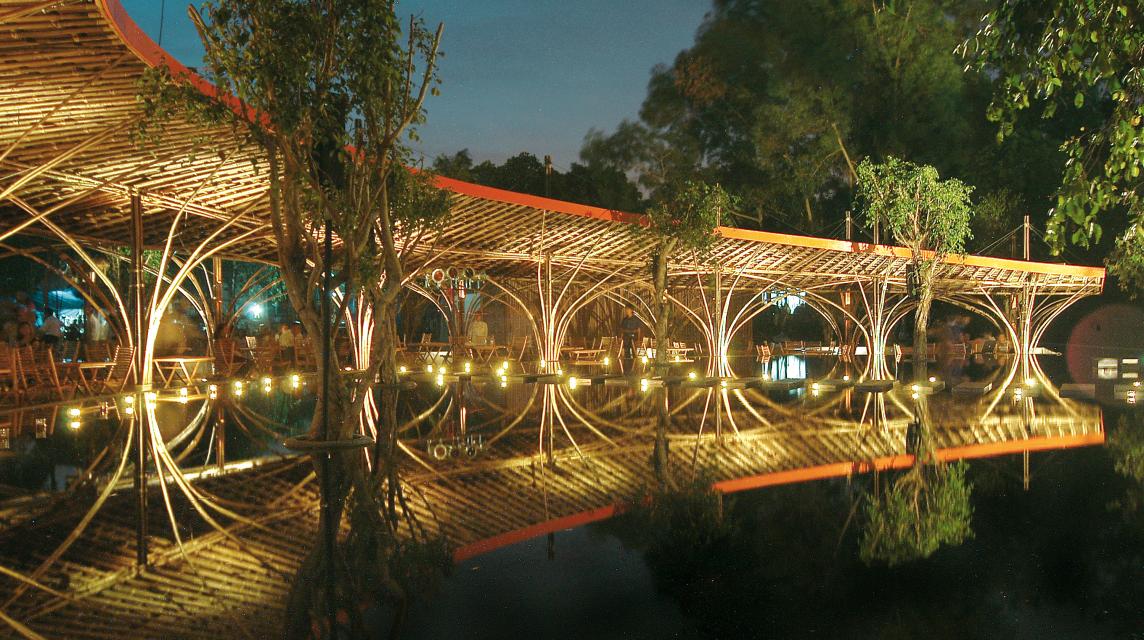 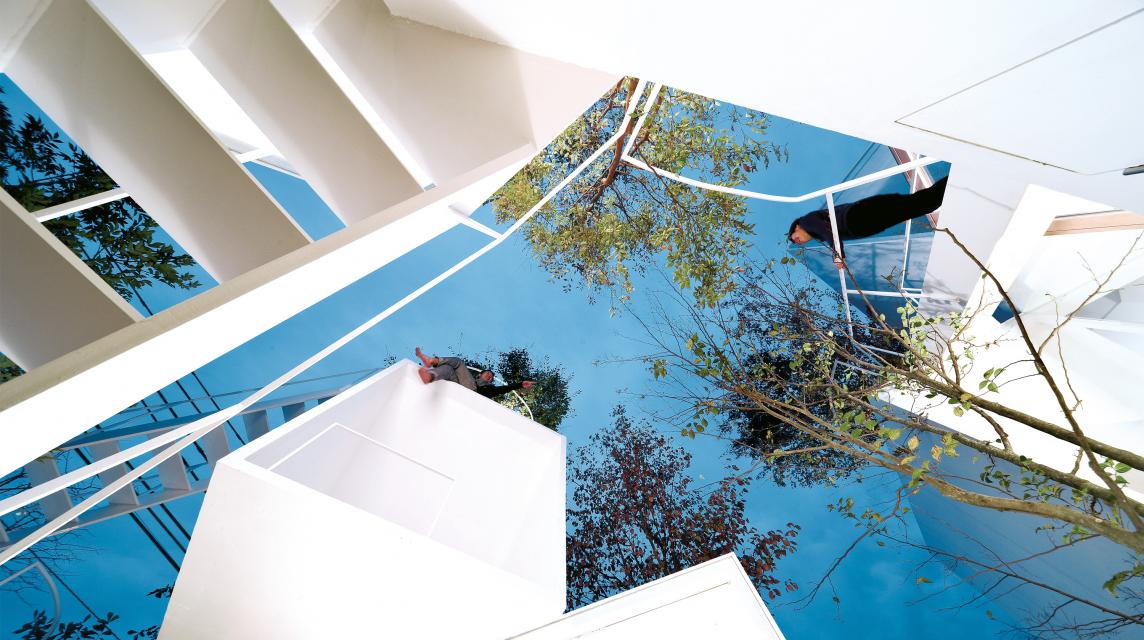 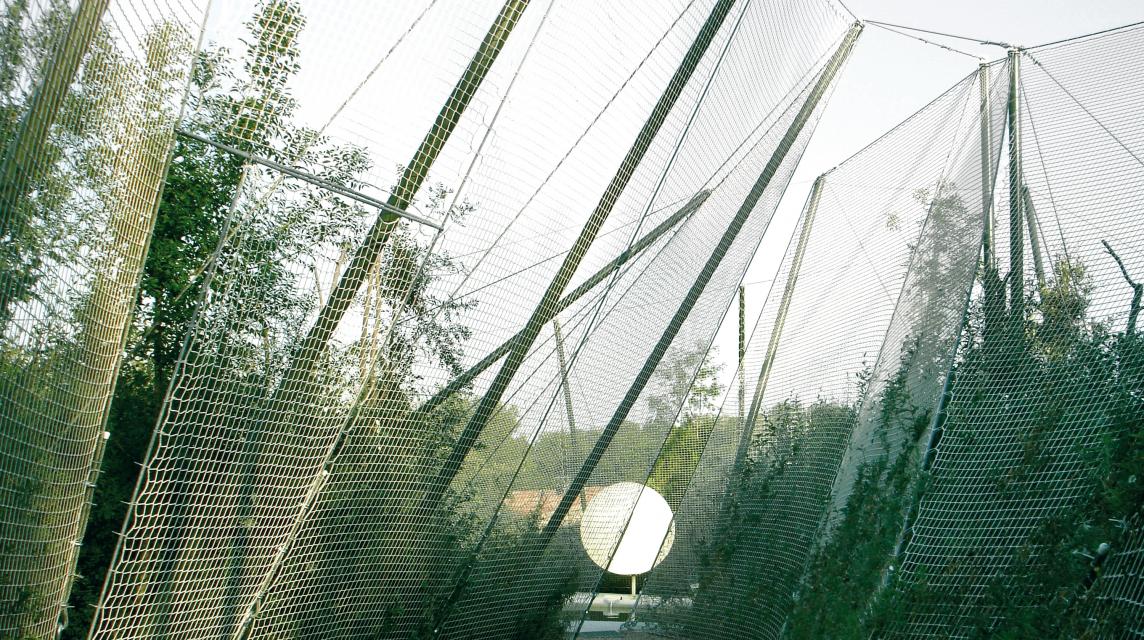 Xstrata Walkway in the Royal Botanic Gardens of Kew

Tomb of the Father, Piribebuy

The new towers of Real Madrid

The Art Institute of Chicago Expanded by Piano

The Brandhorst of Munich, by Sauerbruch Hutton

Valero and Art in the Bowels of a Garden

Norwegians in Gambia, a Campus of Snøhetta

Double of Zaha Hadid in Egypt: Towers and Fair

RCR, Cooking and Culture in Nègrepellisse

Ruiz-Larrea, Regeneration Open to the Sea in Tenerife

Artificial Nature. That the language of geometry writes the book of nature is something that the ancients already sensed, but that architecture drafts that of biology sets out new perspectives on the mathematical order and the way of hierarchizing the world, both on the largest scales and on the smallest ones; tensegrity, a term coined by Buckminster Fuller after learning about the pioneer works of Kenneth Snelson, is transferred from sculptures to structures, and can be applied also to organisms and even cells, presenting itself as the penultimate element of biological superorganization.

Green Construction. The farther we are from nature, the more we yearn to be close to it. The twelve works selected here pursue one same goal, to transform artificial spaces into natural ones: a museum in San Francisco proposes a sustainable manifesto; a botanical garden in Fukuoka recreates an organic landscape; the headquarters in Frankfurt add gardens to the offices; a canopy in Medellín evokes a floral plantation; a thermal promenade in Chile adapts to a ravine; a café in Hanoi promotes the use of bamboo; ten Japanese prisms serve as plant pots and residence; a house in Nîmes conceals its boundaries with vegetation, a summer shelter in Mumbai sneaks into a palm tree grove; a footbridge in London rises up to the tree tops; a restroom in Austin blends into the park vegetation; and a tomb creates an evocative space in Piribebuy.

Two Anniversaries. The first programmatic text of the avant-gardes, which praised speed, turns one hundred; meanwhile, Darwinism reaches 150 years of controversy regarding the mutation of the species and forms.

Extreme Art. The Chinese artist and architect Ai Weiwei presents his first exhibition in Spain at Ivorypress, and the Swiss duo Fischli and Weiss express themselves through two stuffed animals, Rat and Bear, at the Reina Sofía.

Little Magazines. The intellectual renewal of architecture during the sixties and seventies is reflected in the radical magazines of the time: a web page and a travelling exhibition gather original pieces and facsimiles.

Animal Houses. The studies of animal behavior have established the parameters for well-being in zoos and, consequently, the rules for the construction of the facilities, which try to reproduce as faithfully as possible their natural habitat. Four works propose spaces adjusted to these premises: a glass roof for the elephants in Copenhagen; two curved volumes for the giraffes in Dresden; large skylights for the monkeys in Frankfurt; and expressionist cages for the macaws in Barcelona.

To close, the grand dame of Canadian architecture, Phyllis Lambert, takes stock of the career of Arthur Erickson, who passed away recently in his home city of Vancouver, and whose oeuvre reconciled landscape and construction.

Sooner or later, this magazine was bound to focus on the architecture of life. In the 200th anniversary of Darwin’s birth and the 150th of the publication of The Origin of Species –, Arquitectura Viva has wanted to join the celebration, which by the way coincides with our own twenty-fifth anniversary, with an issue in which twelve structures merge into the vegetable kingdom, and another four propose for different animals shelters that imitate or evoke their natural habitat. This double architectural journey into botanics and zoology is complemented with an analysis of the influence of Darwin’s ideas on design – prompting the interpretation of objects or buildings as products of the evolution of forms –, and with a detailed account of the origins in Kenneth Snelson and Buckminster Fuller of tensegrity, a concept that applied to organisms or cells allows approaching the ‘great unification’ of biology, just as the theory of evolution did in its day.

This last article, written by the doctor and scientist Pedro García Barreno, and which is published here clear of footnotes or bibliography, is in my opinion particularly important, because aside from rigorously tracing the zigzagging beginnings of tensegrity in architecture, art and engineering, links this path with the most recent biological research, shedding light on what biotensegrity can do for our knowledge of the living world and for the cross-fertilization of biology and design. When the museums of Natural Science pay tribute to Darwin – from that of Madrid with the animal drawings by Albertus Seba, a Dutch pharmacist of the 18th century, to Cambridge’s Fitzwilliam with its current exhibition on the visual foundations of evolutionary thought – they all take pleasure on the endless variety of living forms; but the genius of the scientist lay in finding the unity underlying that diversity, and this is precisely what biotensegrity proposes today.

Come to this point, I cannot go without disclosing a personal interest that keeps me from addressing this matter in an incidental way. Grandson, son and brother of biologists, this discipline has always been a part of my life; I edited a series on biology and design that published in 1980 the first Spanish translation of On Growth and Form – the classical work of D’Arcy Thompson that since it appeared in 1917 had such an influence on the avant-gardes –, as well as books on mechanical design in organisms or biological analogies in architecture; and my own thesis of 1982 on architecture and thermodynamics would devote sections to the links between buildings, living beings and machines, to the puzzling relation of entropy and evolution, or to organic mechanisms as sources for a biotechnical construction. A quarter of a century later, I dare suggest that architecture can still travel along these paths, and to this end the text of García Barreno offers a map and a compass.