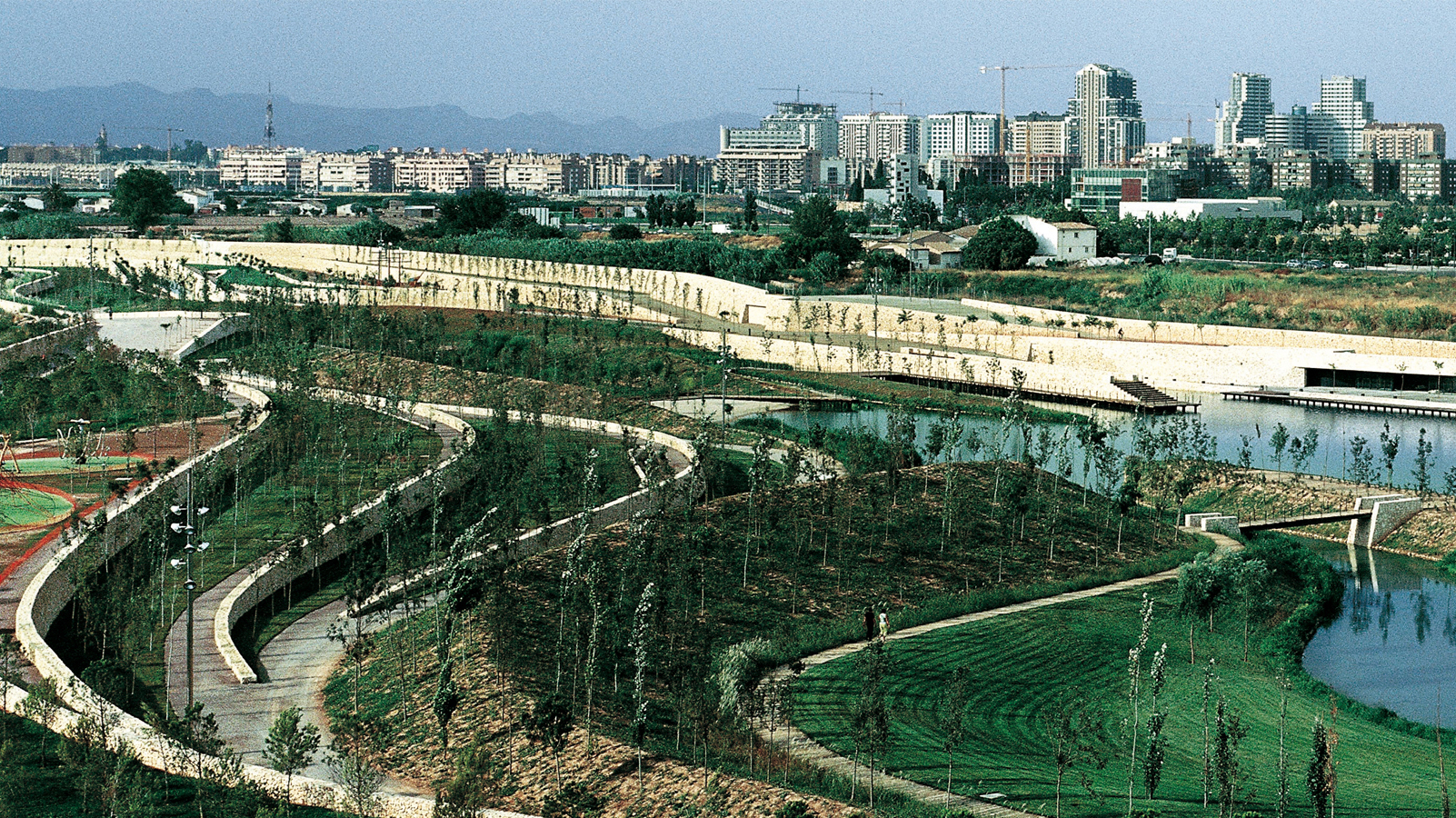 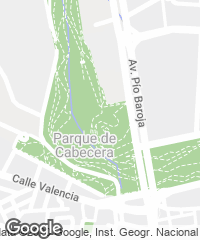 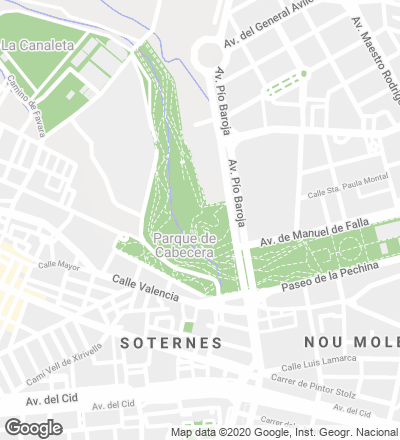 The old bed of the River Turia had become a waste site and the final destination for uncontrolled spills. Along a borderline zone of over one kilometer between the capital and the fertile region of Valencia, a new public park takes up the central area of a surface that the PGOU (master plan) identifies as Parque de Cabecera, a larger area that in a future shall also incorporate a biopark and an amusement park. 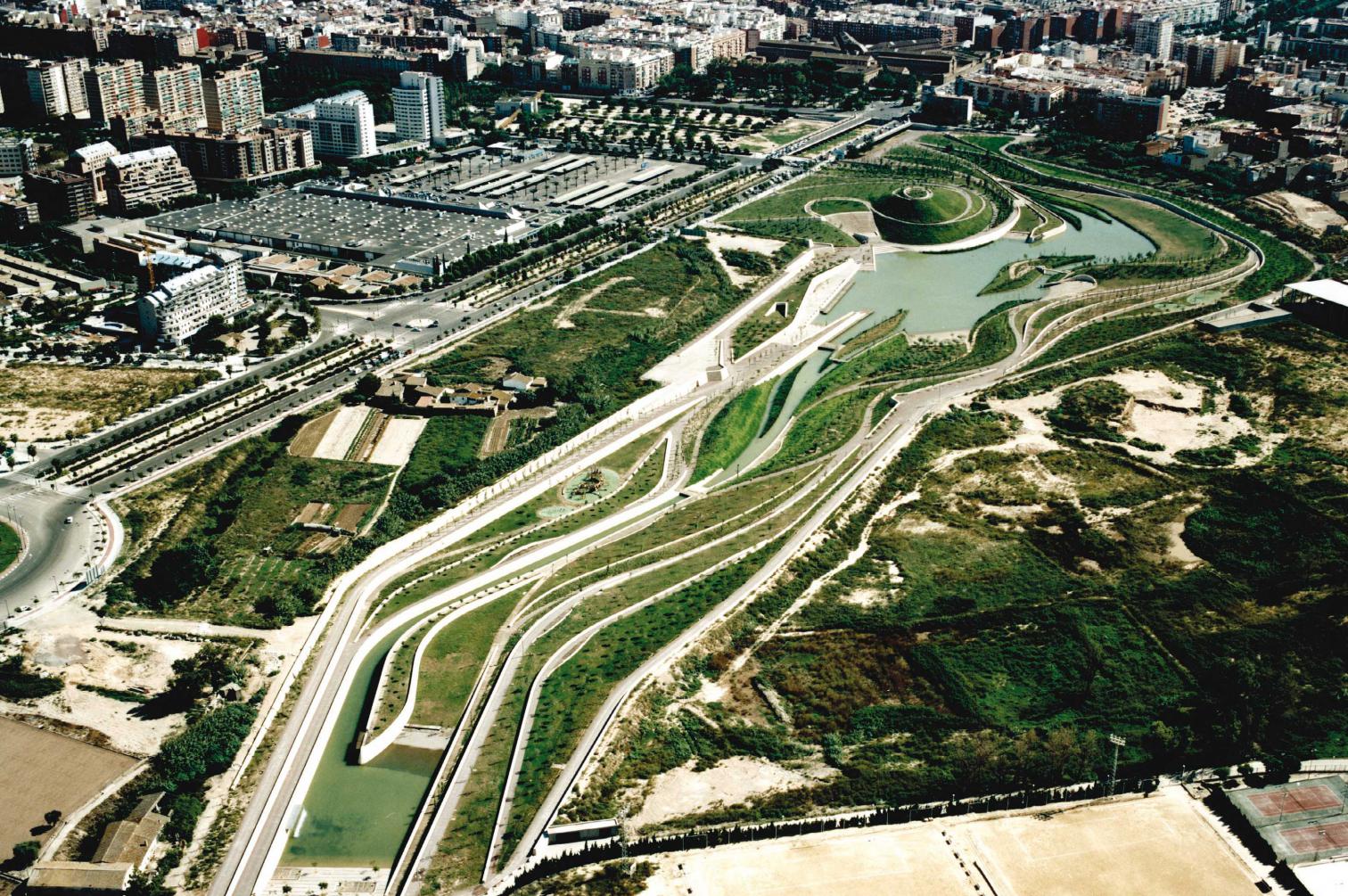 As a strategy to solve the transition from the natural and sinuous course upriver with the artificial and rigid course downriver – built in the eighteenth century to protect the population from the floods –, the project opted for an organic approach that integrates the natural features of the areas that lie near the Mediterranean rivers – vegetation, topography and water. Water is precisely the organizing element of the park, with two differentiated treatments: channeled through two stone walls after emerging from the Molí del Sol reservoir – evoking the hydraulic structures of the fertile region – and in the form of a navigable river after spanning a two-meter unevenness.

The recovery of the river’s original water level, after covering the bed with a layer of gravel, generated an unevenness between center and perimeter, that has been spanned with terraces contained by limestone walls.

The recreation of a riverside area is possible thanks to the vegetation and in three different zones: the two first ones correspond to the two main itineraries – one is more urban, parallel to the water, with ornamental trees such as tipuanas or jacarandas, and the other is more organic by the lake, with the vegetation common to humid areas, such as poplars, willows and ash trees as well as plots for gramineas and pasture – whereas in the third zone (the park’s edges), the pine tree forest offers an evergreen backdrop. 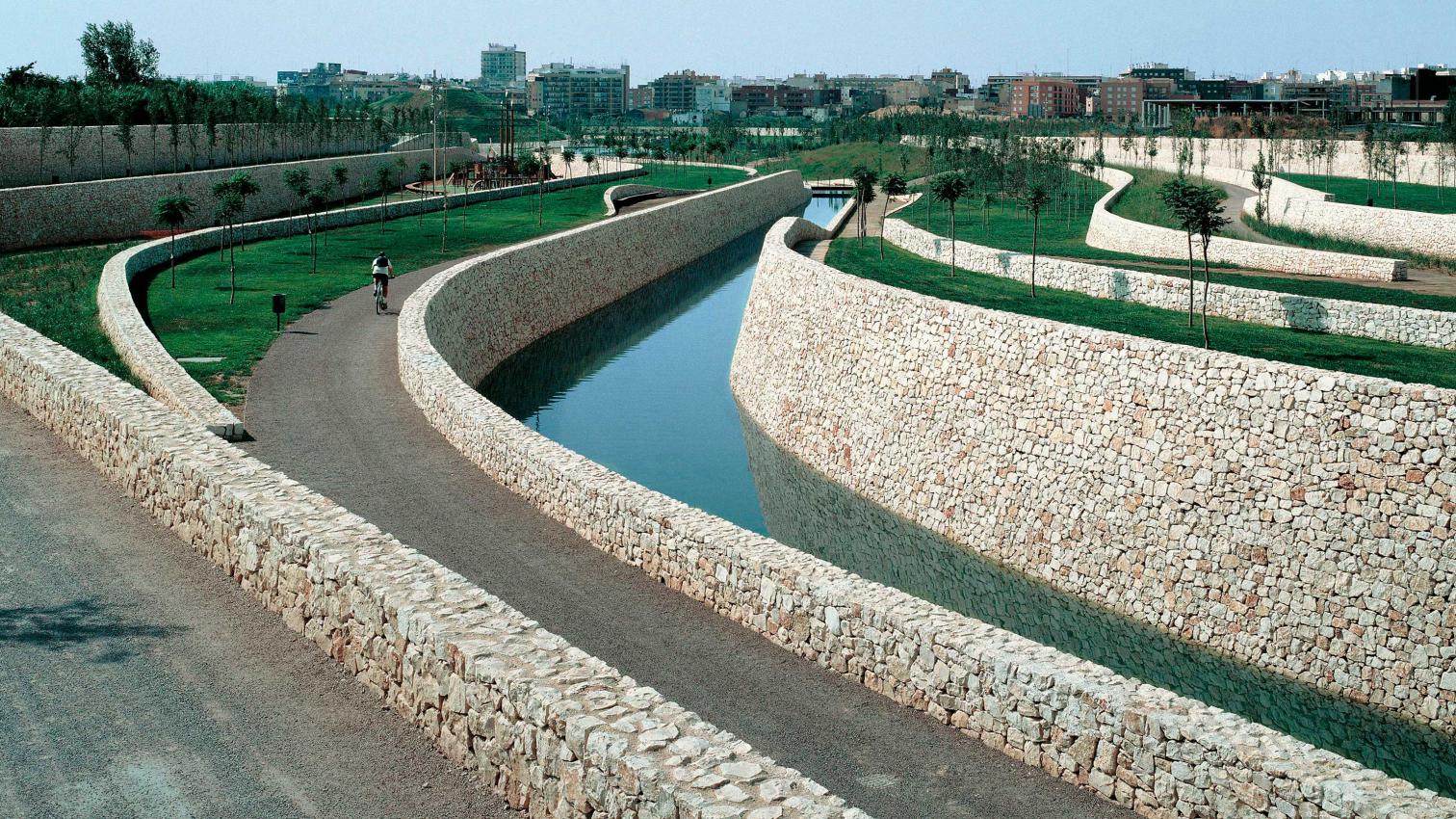 The park evokes the islets that were formed in the river by floodings, molding small hills covered with vegetation on firm land, soft hills on the bank’s edges, or authentic islands in the lake. The recovery of the river’s original water level, after covering the bed with a layer of gravel, generated an unevenness between the center of the park and its perimeter, so the exterior all the way up to the water’s edge has been carved with terraces. The consecutive terraces are contained within walls of dry white limestone, which allow to integrate facilities and systems behind them, avoiding the visual impact of more conventional buildings.

At the point where the old bed rotates 90 degrees to cross the city and reach the sea is the hillside lookout, an oval-plan elevation that constitutes the visual reference of the overall area. 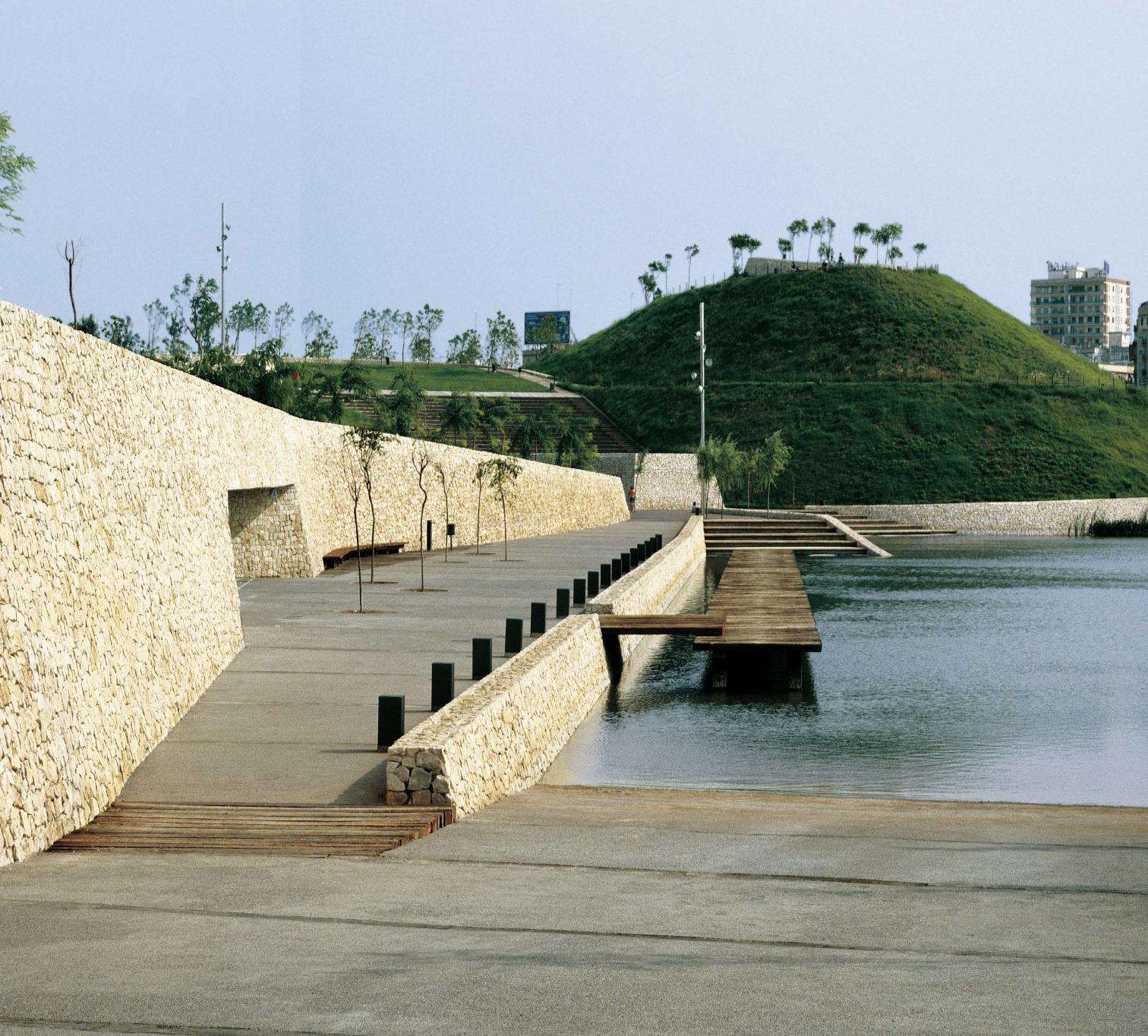 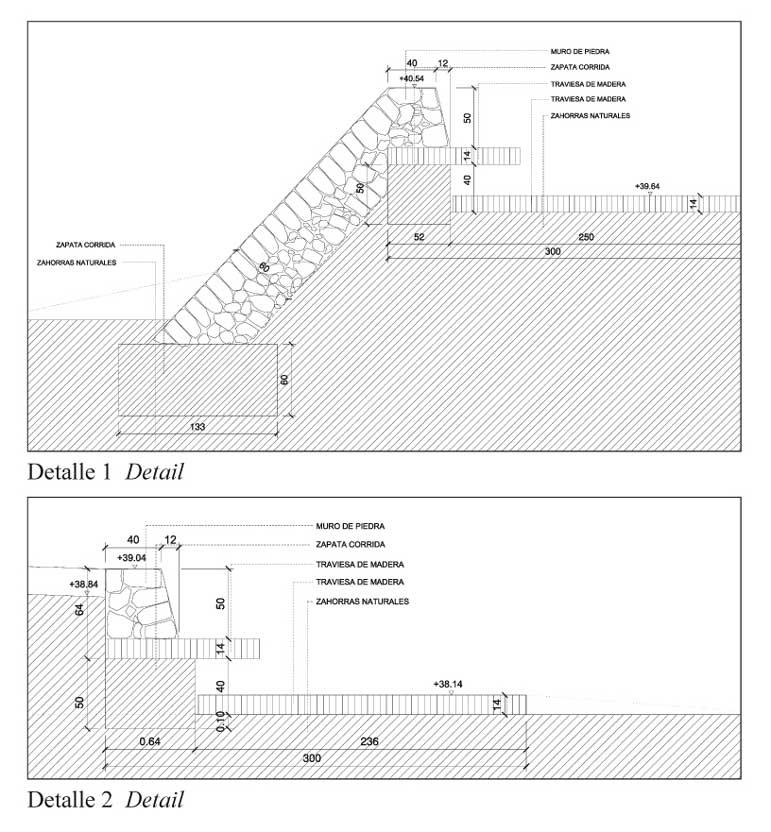 Aside from stone, ipe wood on benches and auditorium stands, washed concrete on the pavement of the more urban areas and the finish with boulder gravel or beams made of recycled wood in the paths that connect or get around islands, walls or hills qualify the different areas. 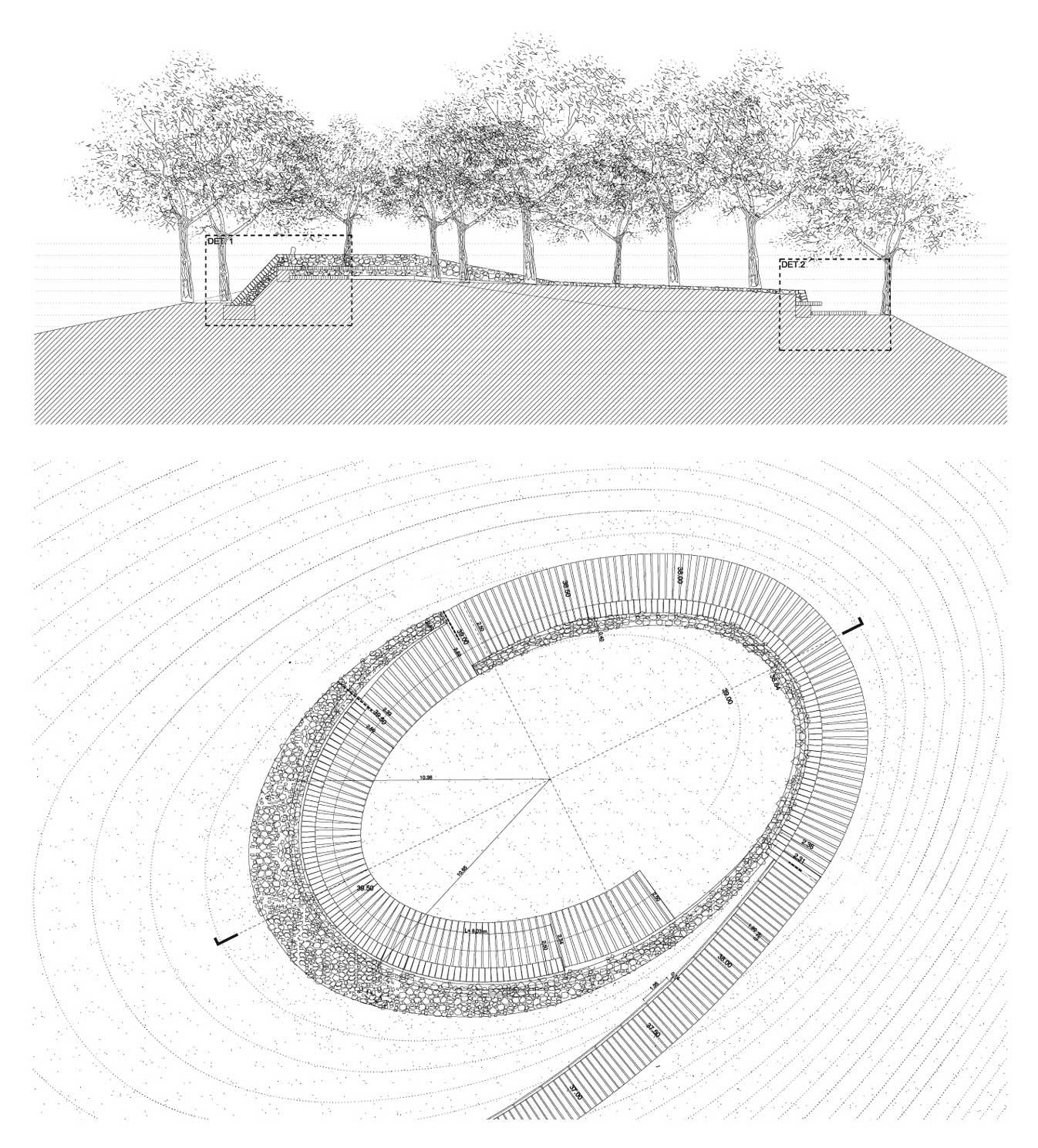 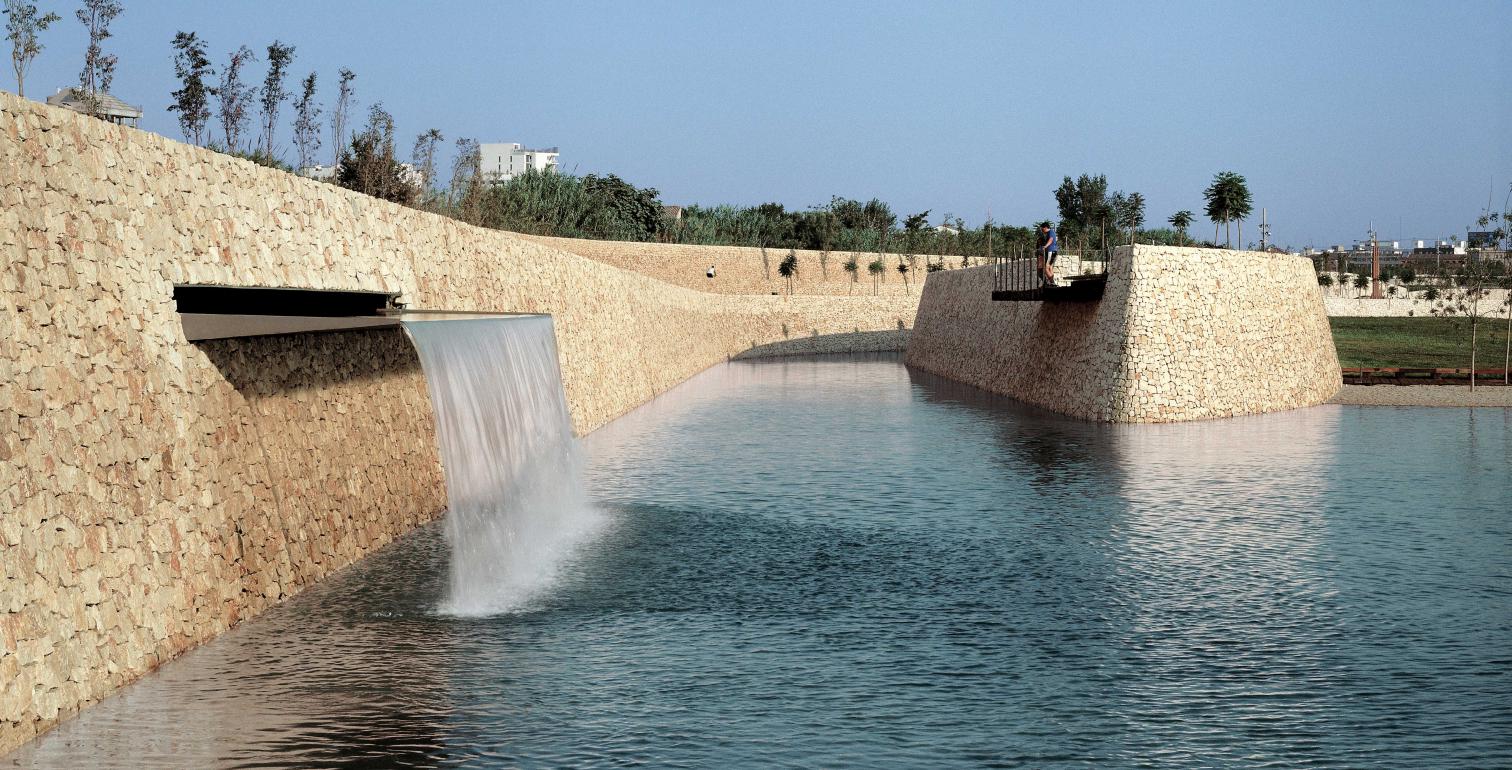 Eduardo de Miguel    Spain   Next to the estuary of the Turia river, and barely four kilometers away from the historic center of Valencia, El Cabanyal is one of the maritime towns parallel to the coast. Its origins date back to 1249, and it was organized with barracas (tradition

Eduardo de Miguel    Spain   The intervention on the Serra Grossa, which places artificial mirador rocks along the waterfront course, recycles inert material left over from the construction of the railway tunnel.

Eduardo de Miguel    Spain   The palau de la Música of Valencia is one of the most perfect acoustic works of the ill-fated José María García de Paredes, great expert in musical projects and also the designer of the auditoriums of Granada and Madrid. Opened only fifteen years ago

Eduardo de Miguel Annabelle Selldorf Ramón Esteve   Spain   Built in 1930 by the Valencian architect Cayetano Borso di Carminati, the old hydraulic pump factory of Carlos Gens, on Avenida de Burjassot, is one of the few standing examples of industrial architecture from the period. The complex was closed perma

Colored Prisms in Terrasa, by b720

Juan Navarro Baldeweg   Spain   In an area that is particularly close to the center, right next to the meander that surrounds the stadium, the Balcón del Guadalquivir project restores the blurred banks of the river, builds a park in the areas that are cleared with the intervention,

The villages Sota built for the National Colonization Institute evolve from a mimesis of the vernacular at Gimenells, in Lérida, to the organicist formalism of Valuengo and Entremos, both in Badajoz... [+] 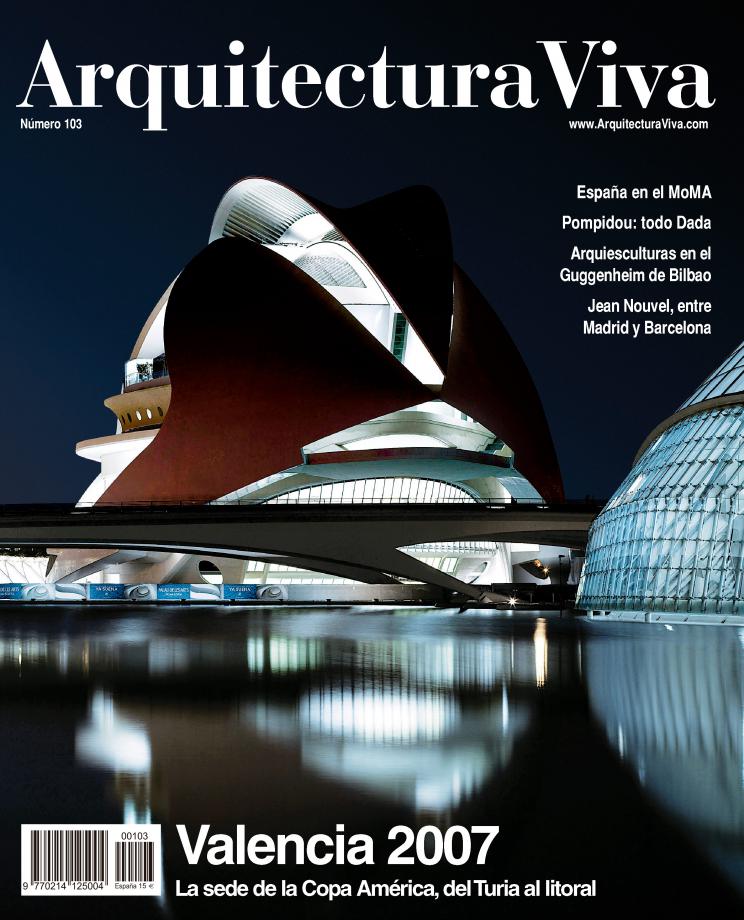