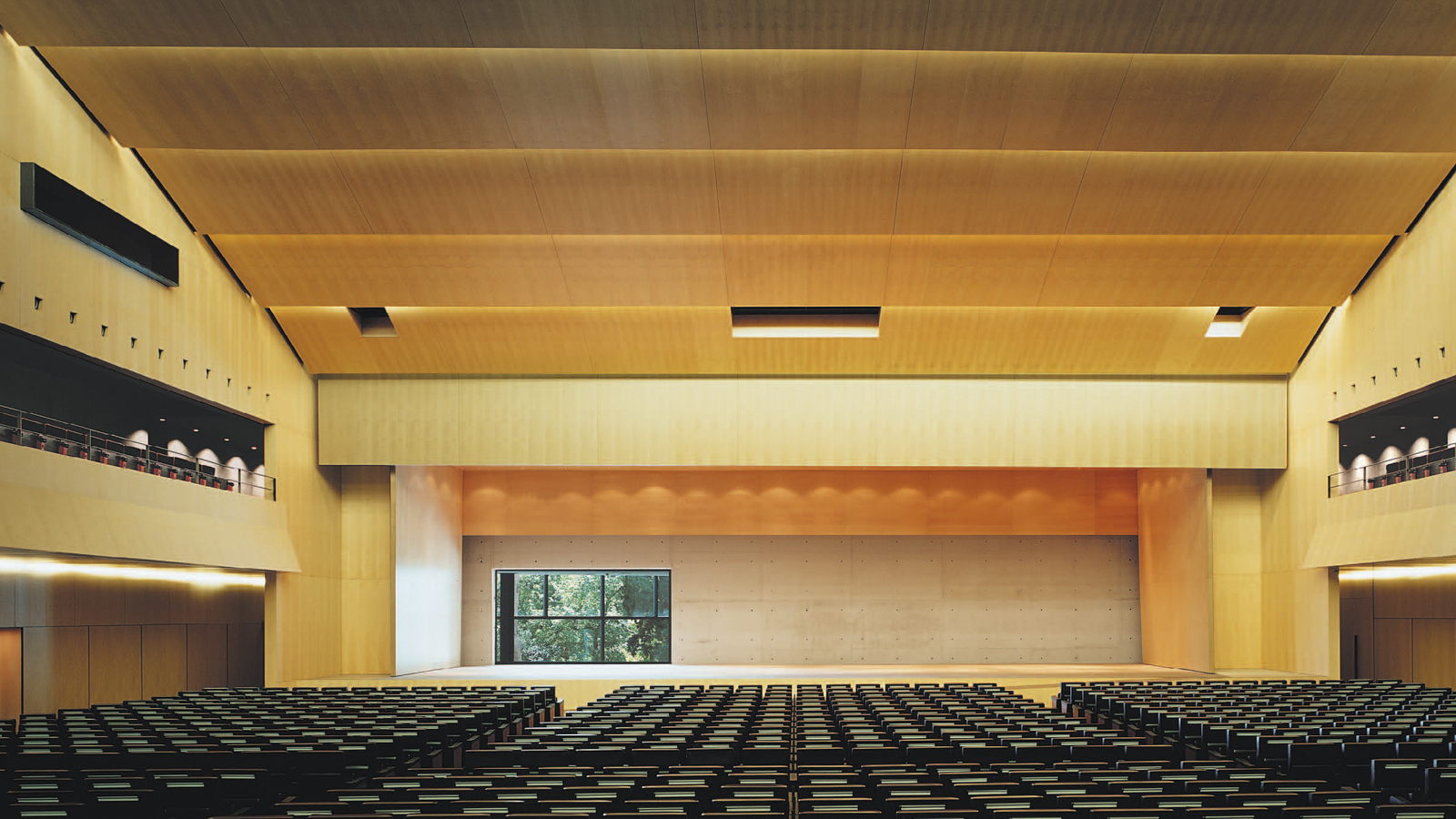 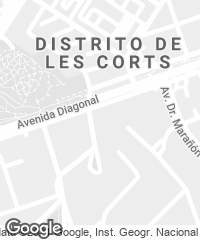 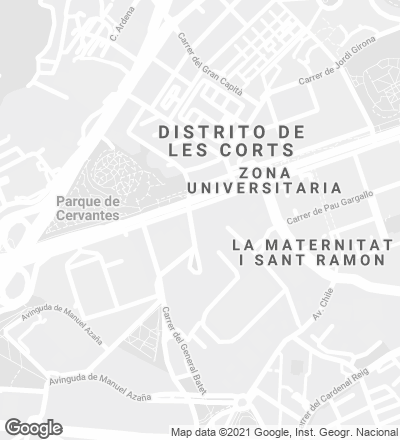 In a plot next to the Diagonal Avenue, the new Congress Center and the Juan Carlos I Park, form a sort of gate to Barcelona for those accessing the city from the Zaragoza highway. The simple volumes of the building search for a profile that can be easily pointed out from a highway that is gradually becoming an urban thoroughfare. To reduce the visual impact of the construction, the building takes shape by attaching long volumes transversal to the street, leaving intermediate passages to maintain the visual contact between the Diagonal Avenue and the Torre Melina gardens. 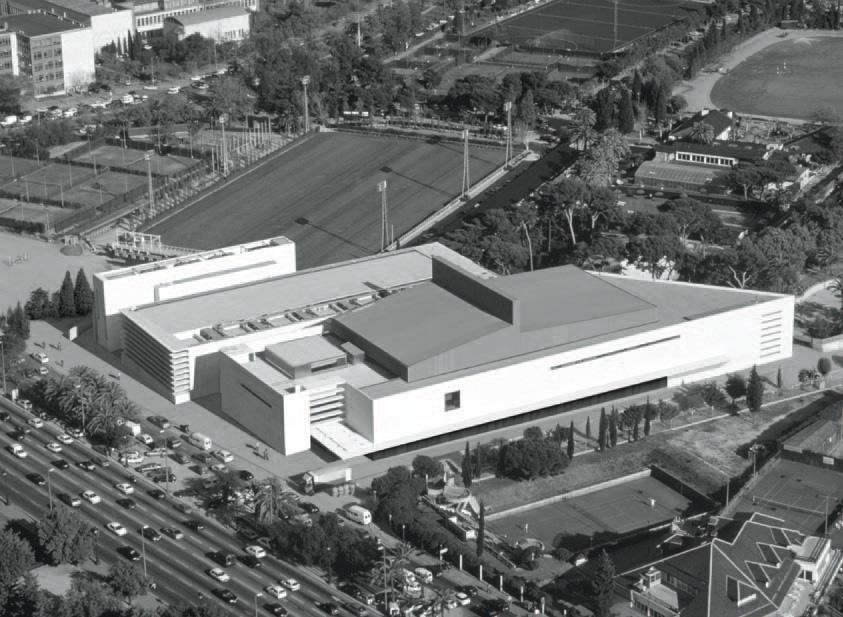 The division in three parallel prisms of different width allows for a clear distribution of the program, and favors the settlement of this extensive building on the sloping plot. To the south, the volume houses an auditorium with a capacity for more than 2.000 spectators, featuring a large window on the background which opens onto a garden.

As a gate to the city, the Congress Center is organized in volumes transversal to the street that leave in-between passages to maintain visual contact between the Diagonal Avenue and the Torre Melina gardens. 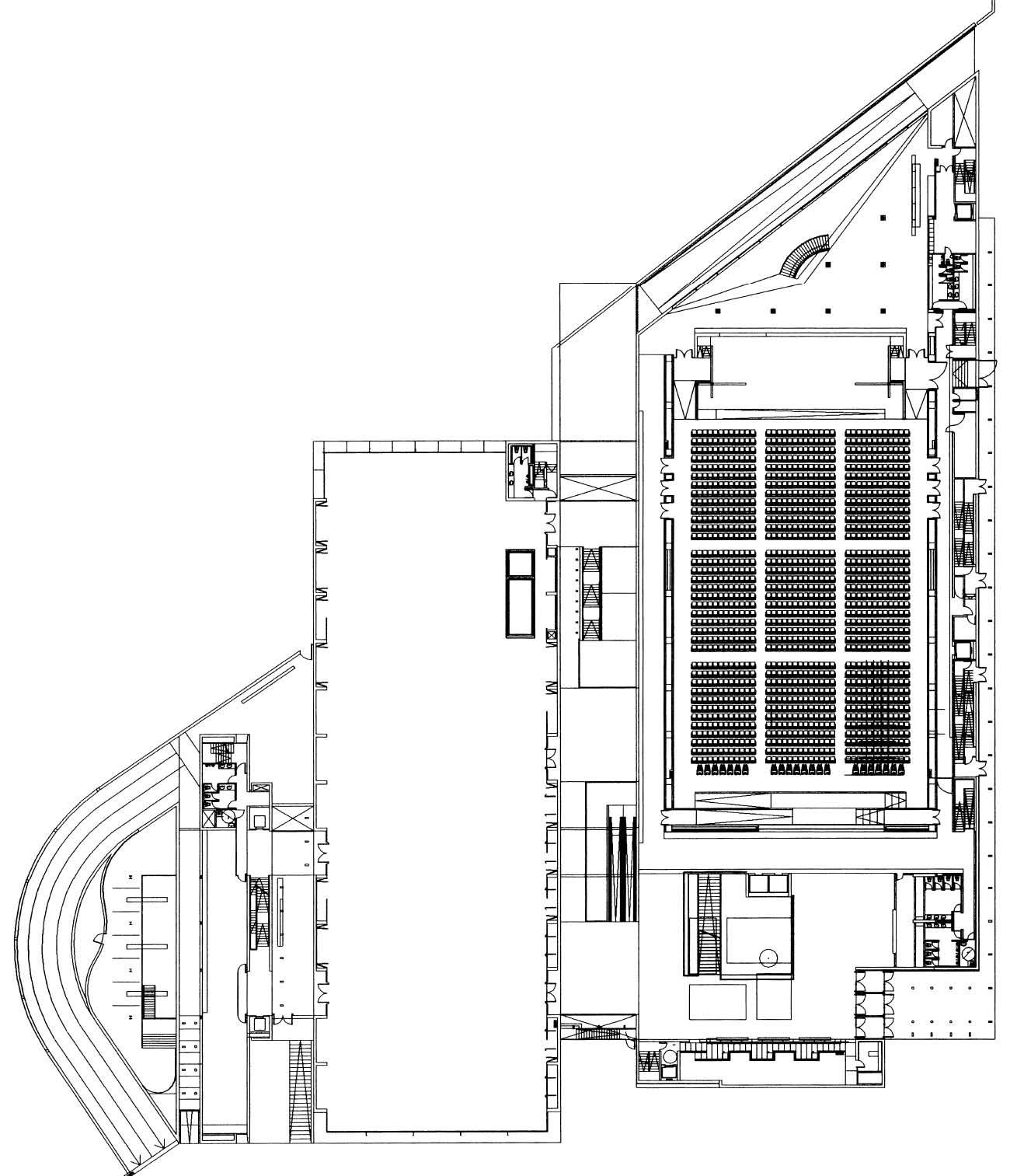 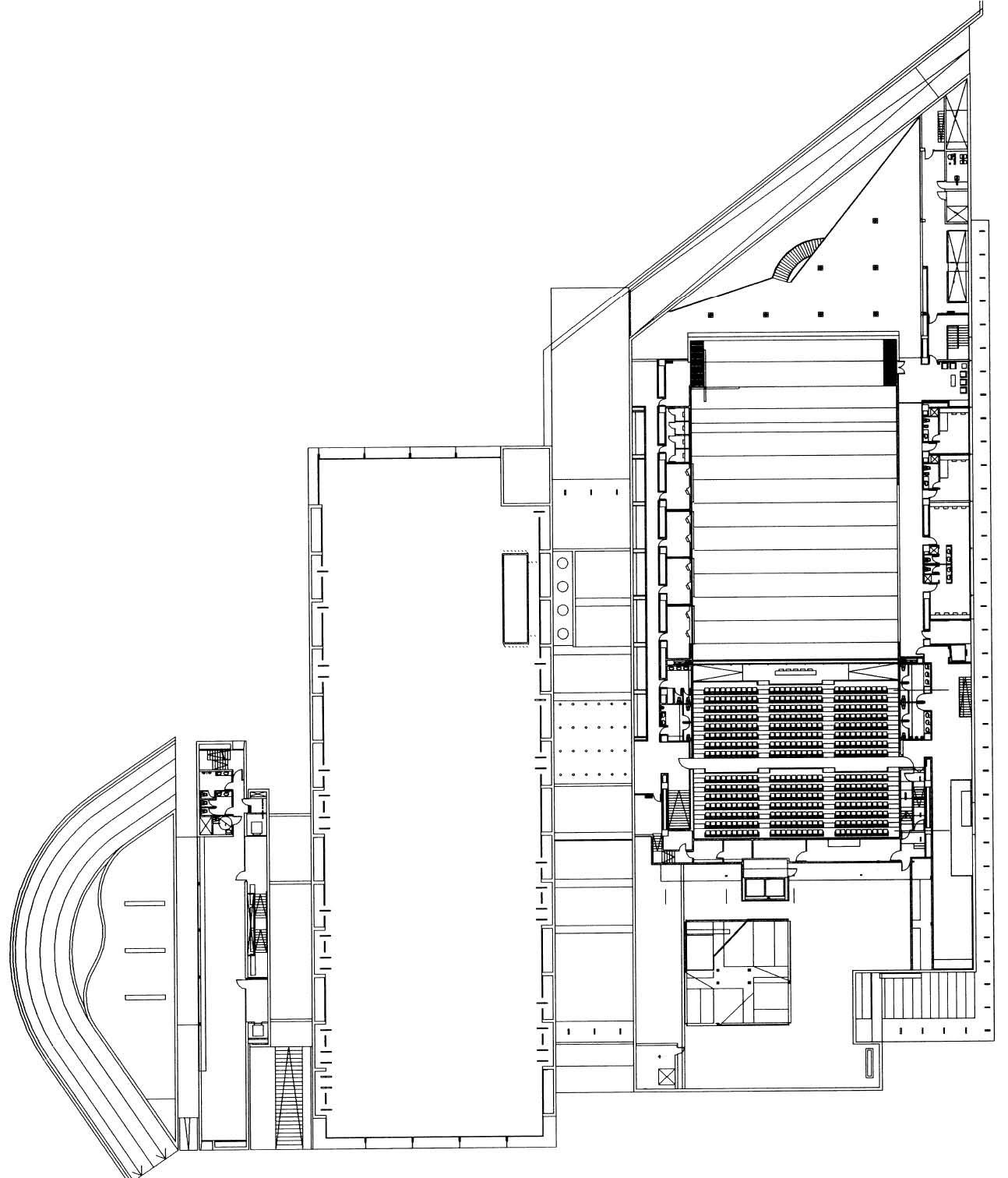 Before the assembly hall, a double height void with the elevators and the staircase connects the entrance level with the ground floor, where a large dining room is located. Four rectangular skylights arranged in a spiral pattern pierce this foyer’s ceiling, introducing light of different chromatic temperature from the north, the south, the east and the west.

Four skylights facing north, south, east and west bring light of different chromatic temperature into the auditorium foyer, which is linked to the dining hall located on the lower level of the south wing. 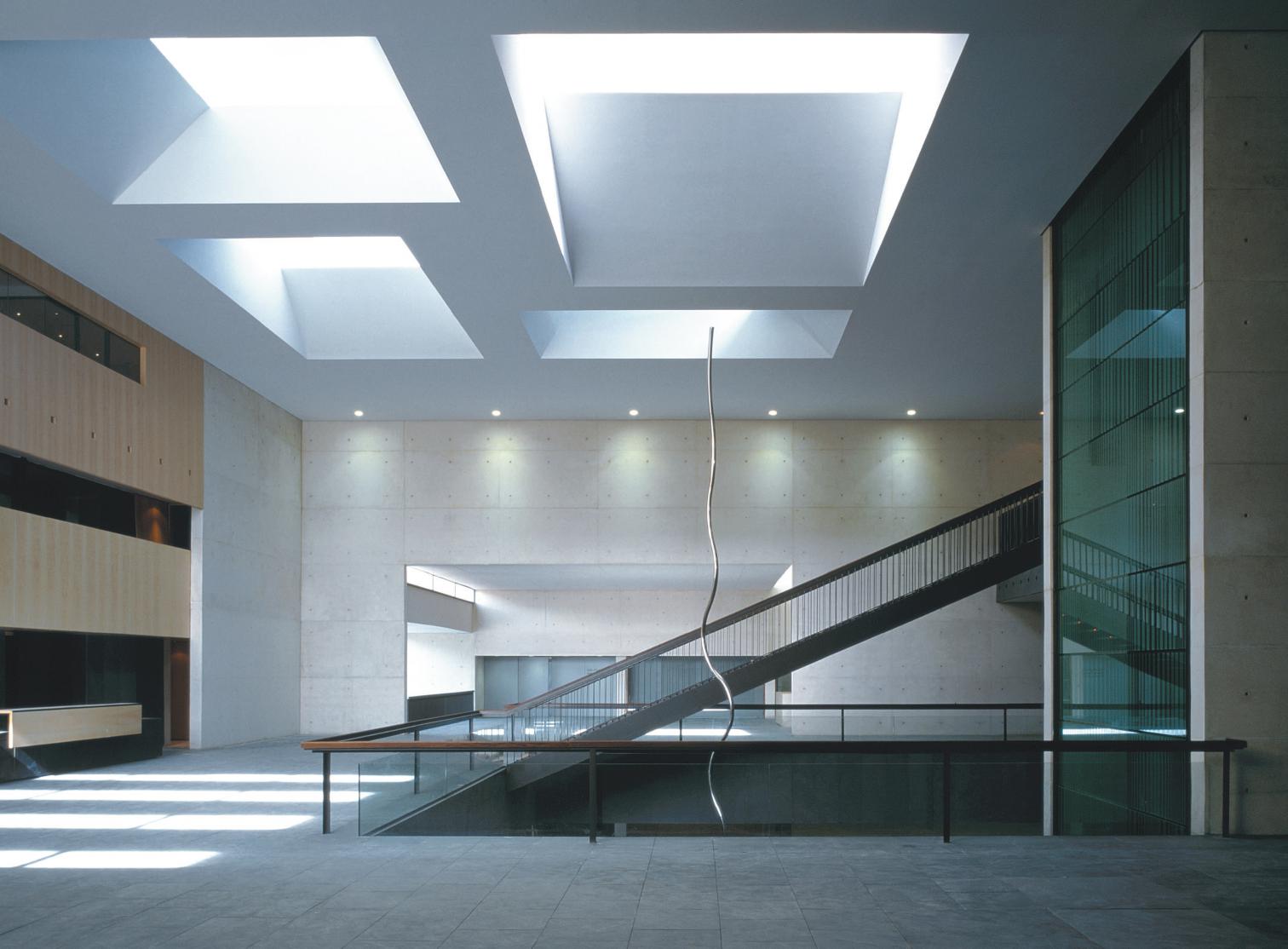 To the exterior, the special use of this first volume is reflected on the curved profile of its zinc roof, that is interrupted by a box containing a panel to reduce the capacity of the assembly hall. The multipurpose area – that can house large fairs as well as receptions – is situated in an intermediate body in position, length and width 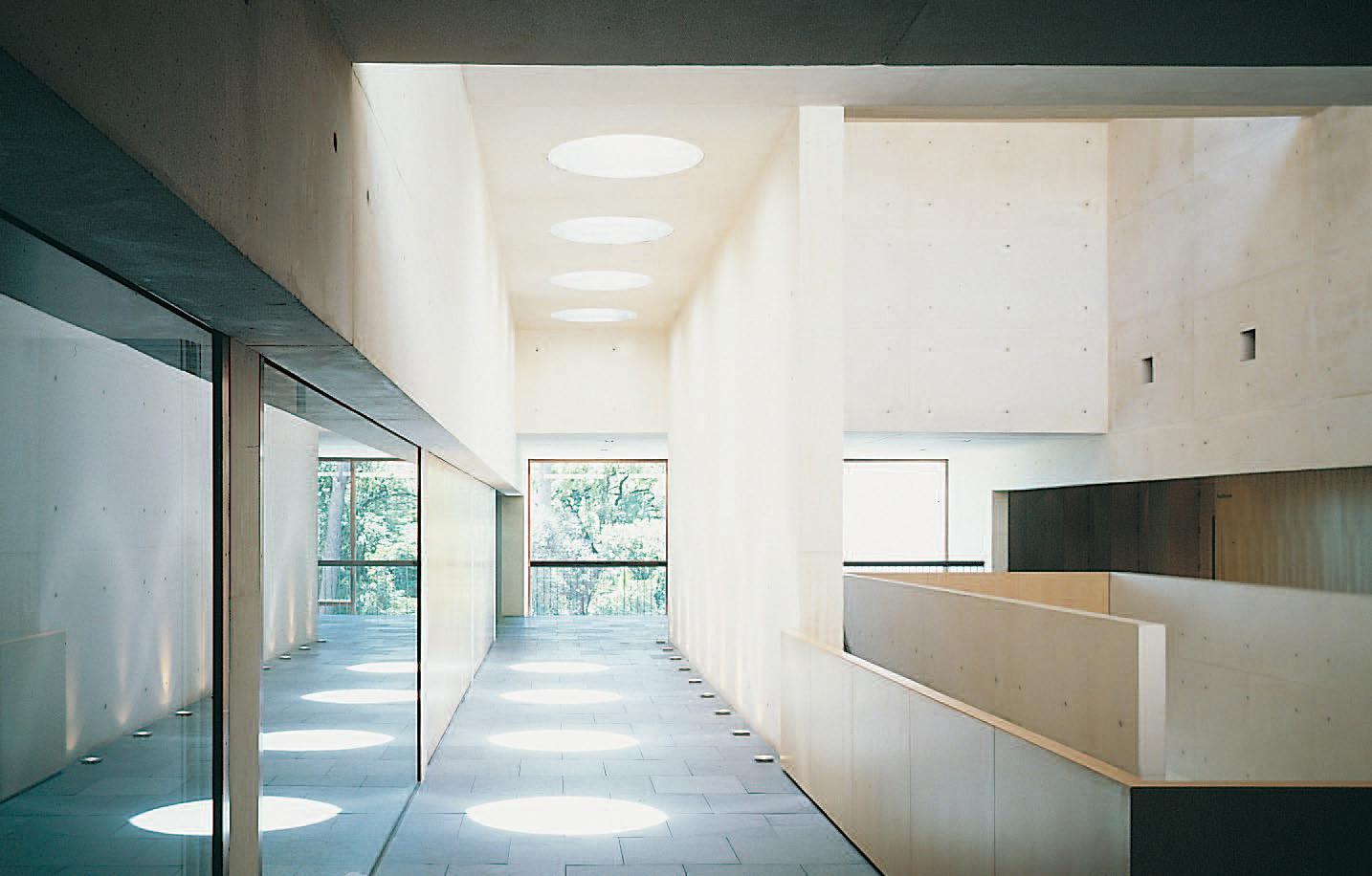 The passage between the auditorium and the multipurpose hall is set out as a two-level street.

Designed as a modular and neutral space, this ‘magic box’ receives light through two longitudinal skylights provided with maple wood vertical slats. A third volume forms the most dynamic elevation of the unit, with a flat enclosure in the office area, which is transformed into a facade of sinuous contours at ground level, where the cafeteria and restaurant are located. 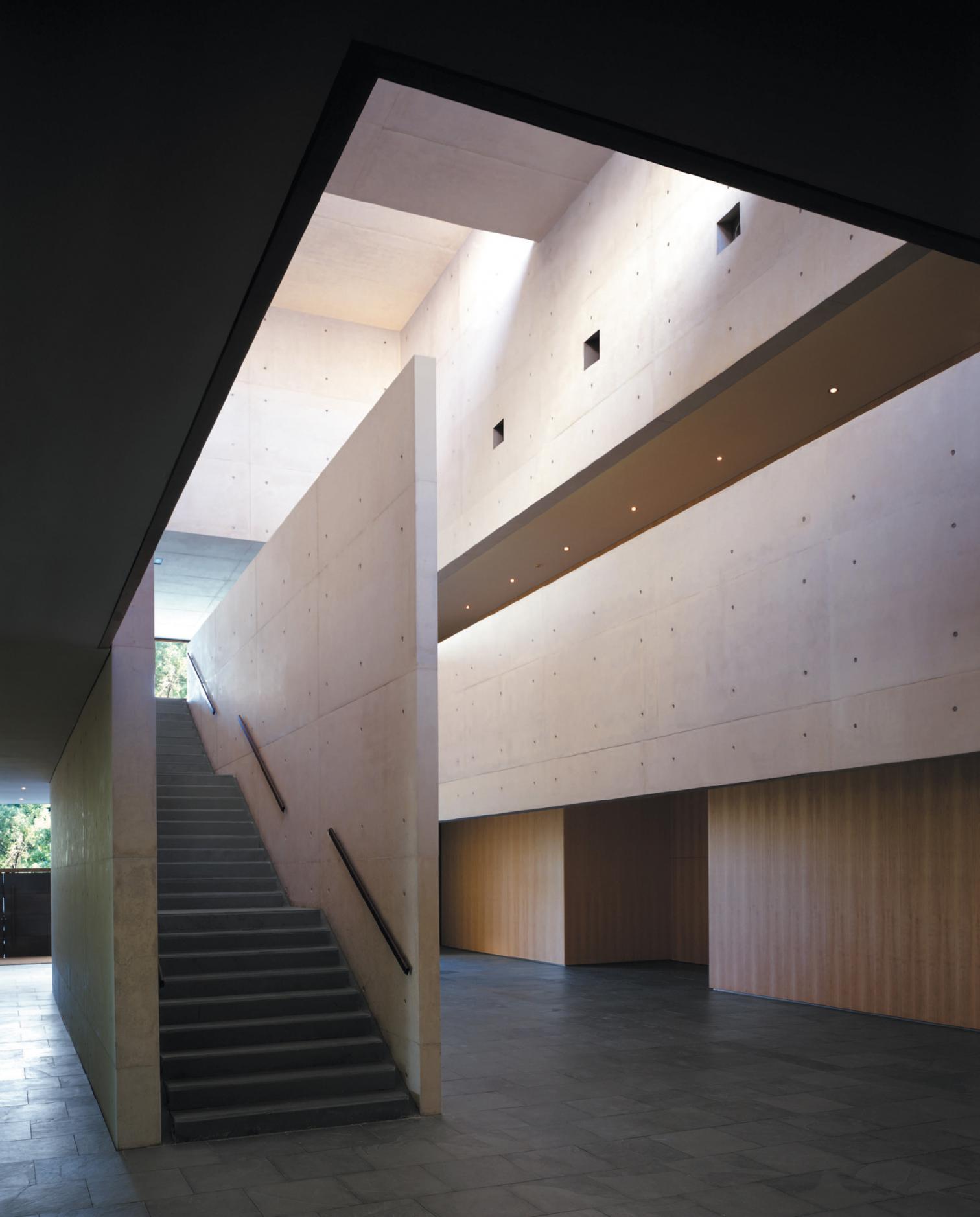 The white concrete used in the exterior walls and in the complex roof structures – carried out with techniques common to civil engineering – is the material chosen to unify this orderly collection of fragments. A celeste quartzite paving, maple panelings and sulfurized brass window frames further accentuate the material chromatism of a building that aims at becoming the elegant and austere backdrop of the visual chaos associated with fairs and conventions. 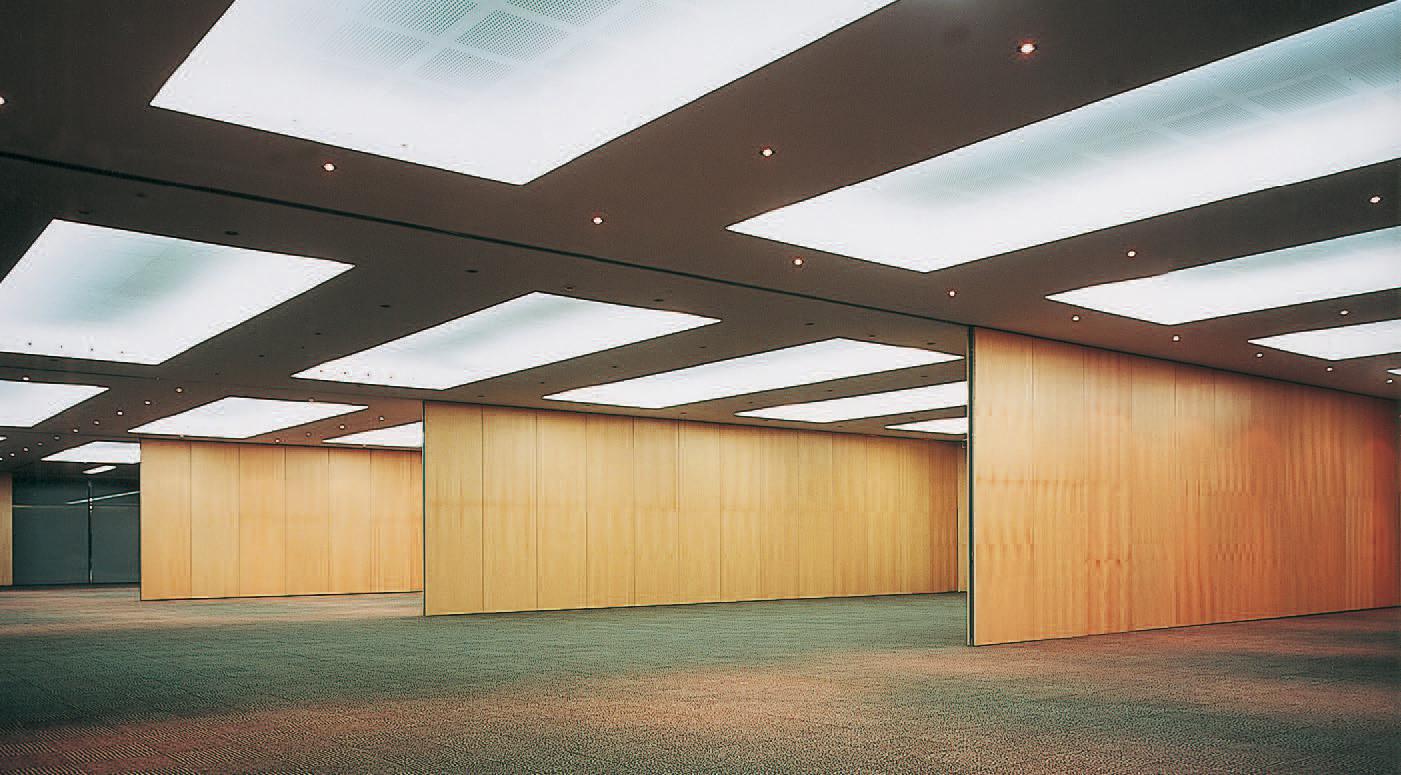 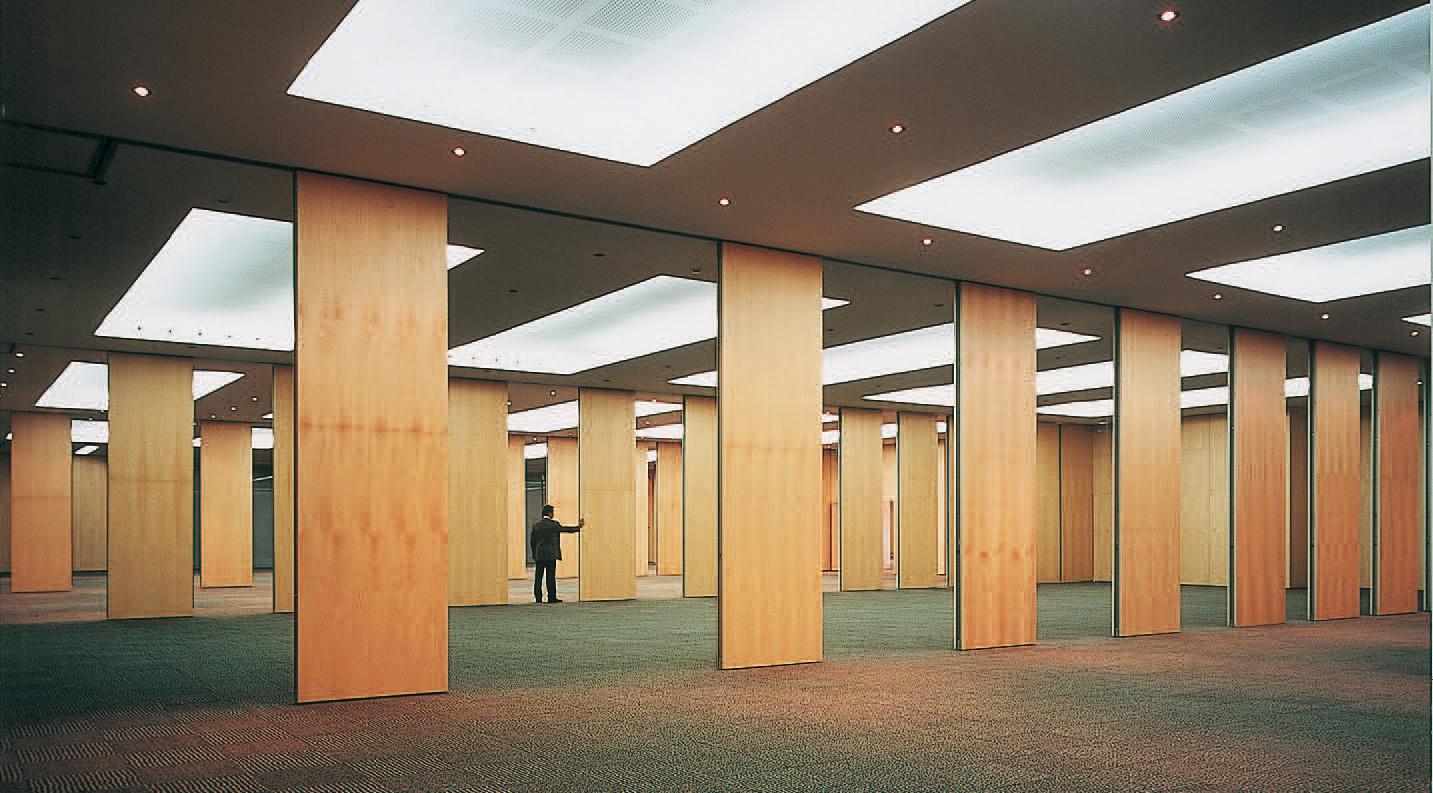 Situated between the auditorium  and the office bay, the multipurpose hall  filters natural light through maple wood vertical panels along the side facades, and horizontal concrete slats on the front. 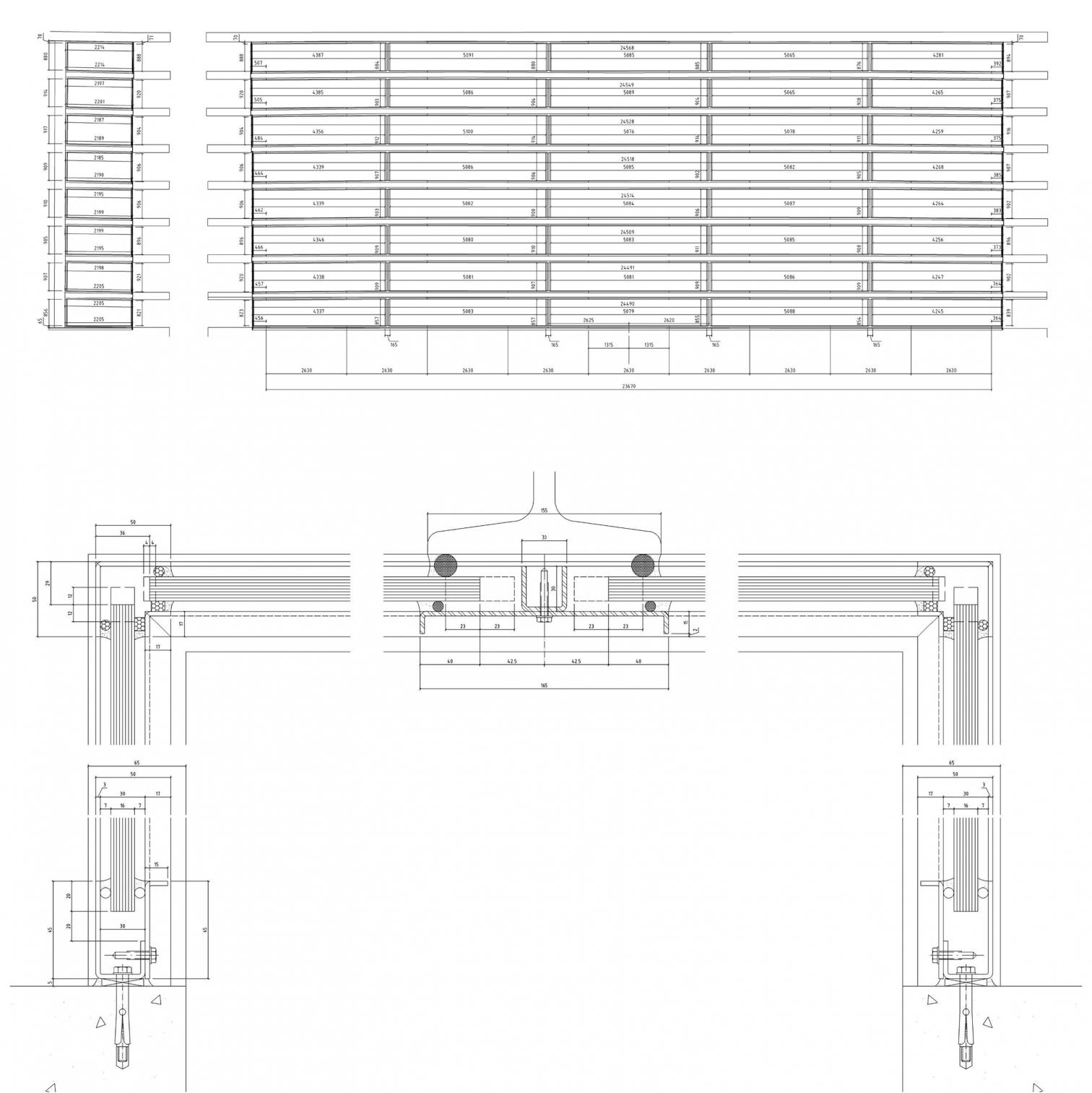 Carlos Ferrater Jaime Sanahuja Carlos Escura Carlos Martín González   Spain   Located within the boundaries of a new park of 90,000 square meters east of the city (in a residential area between the urban core and the harbor area of El Grau, within the limits marked by the beltway), the Auditorium and Congress Center has become