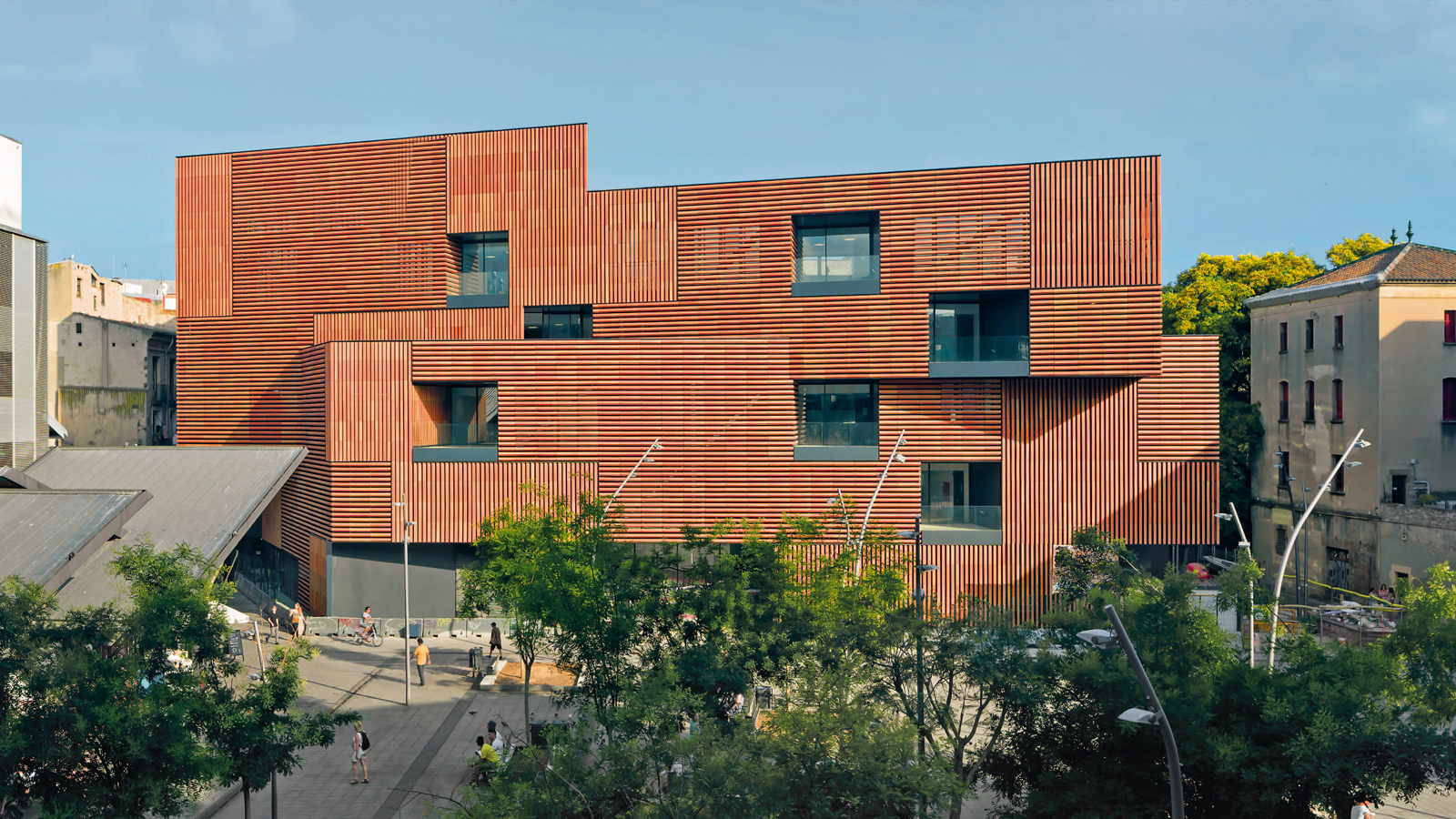 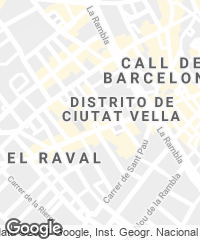 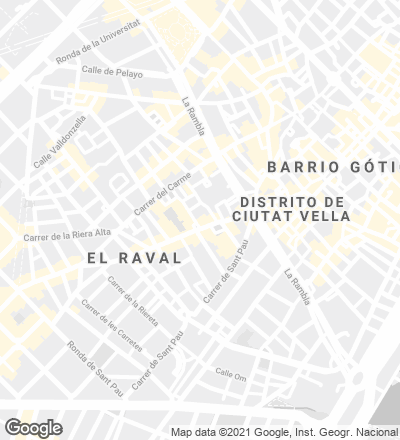 The new Massana School is part of a long process of urban transformation around Plaça de la Gardunya, in the Raval neighborhood, in the historic center of Barcelona. 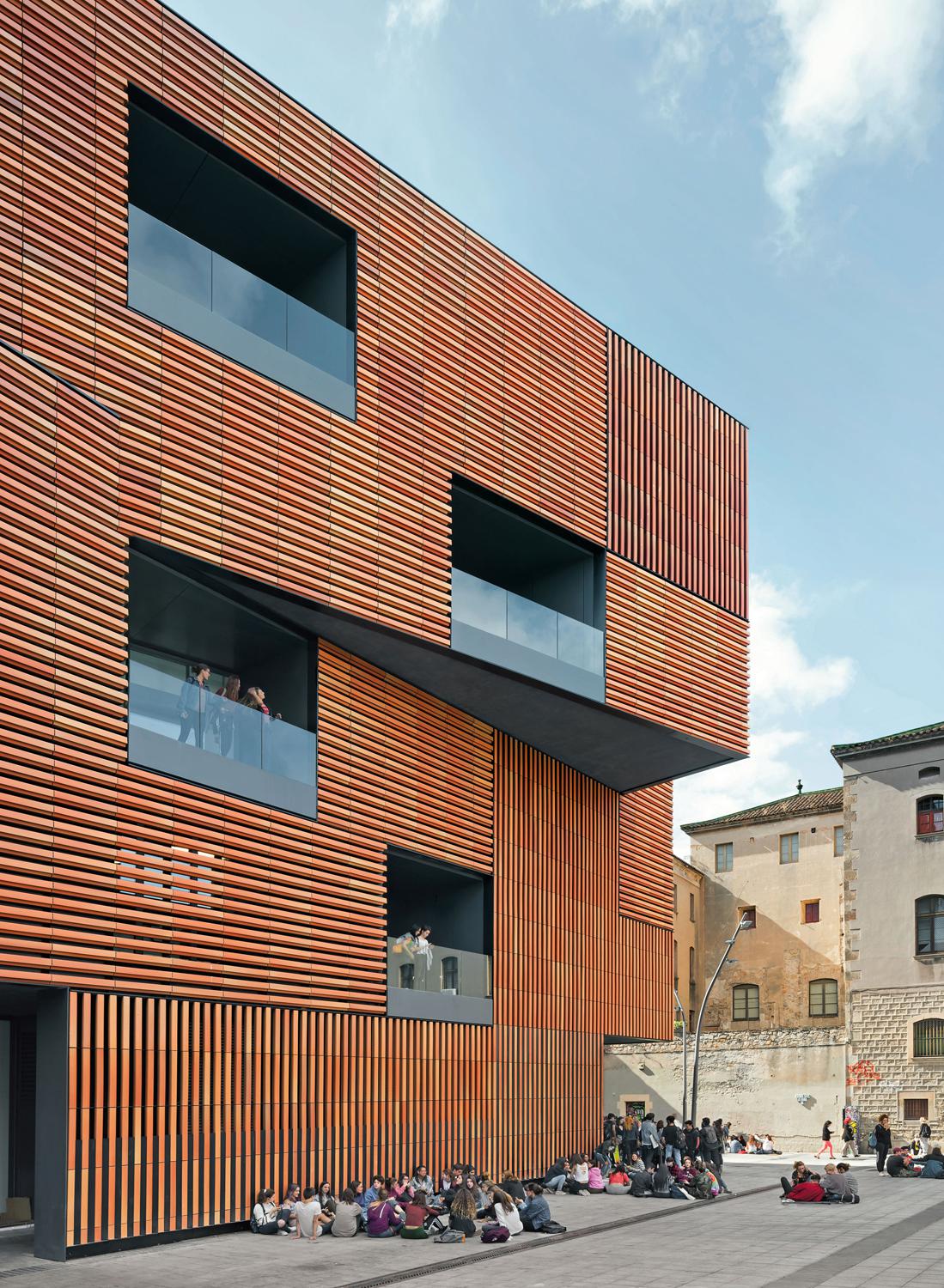 The project analyzes the place in detail. Unlike the residential block on the same square – and designed by the same studio –, which aims to dissolve into its context, the school wants to stand out. If a domestic scale was chosen for the dwellings, in this case the school is larger and more abstract. With the aim of keeping the building from occupying the whole square, the main entrace is located in front of the future connection with the courtyard of the Biblioteca de Catalunya, creating a new public space between this square and that of Canonge Colom. The result is a dynamic building, the facade of which avoids frontality with regards to the Plaça de la Gardunya.

The interior space of the school is open and unitary. A terrace at the end of each circulation space opens the building to the square, responding in this way to what the teachers had demanded, which was having open spaces that favor the relationship among students. 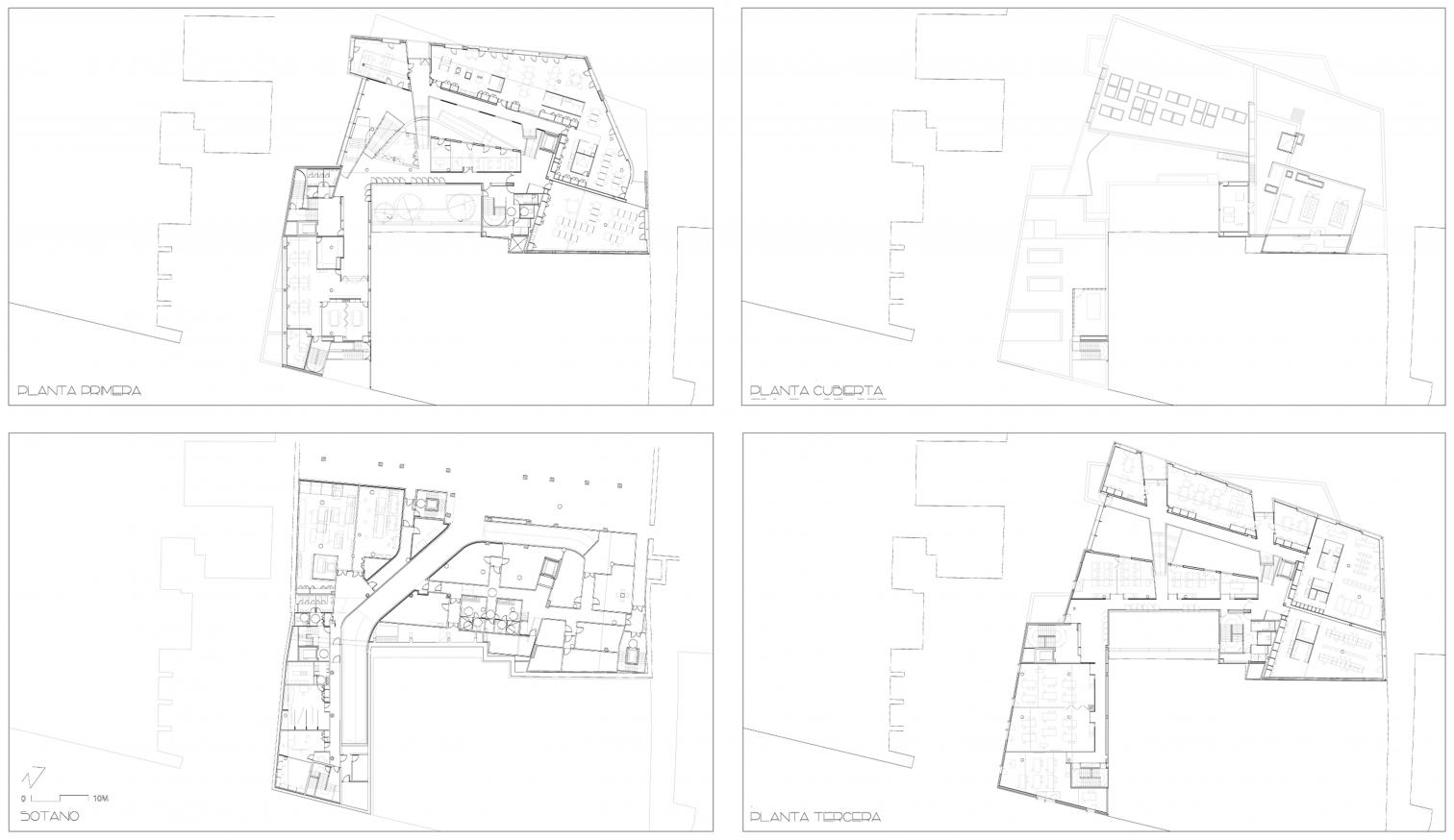 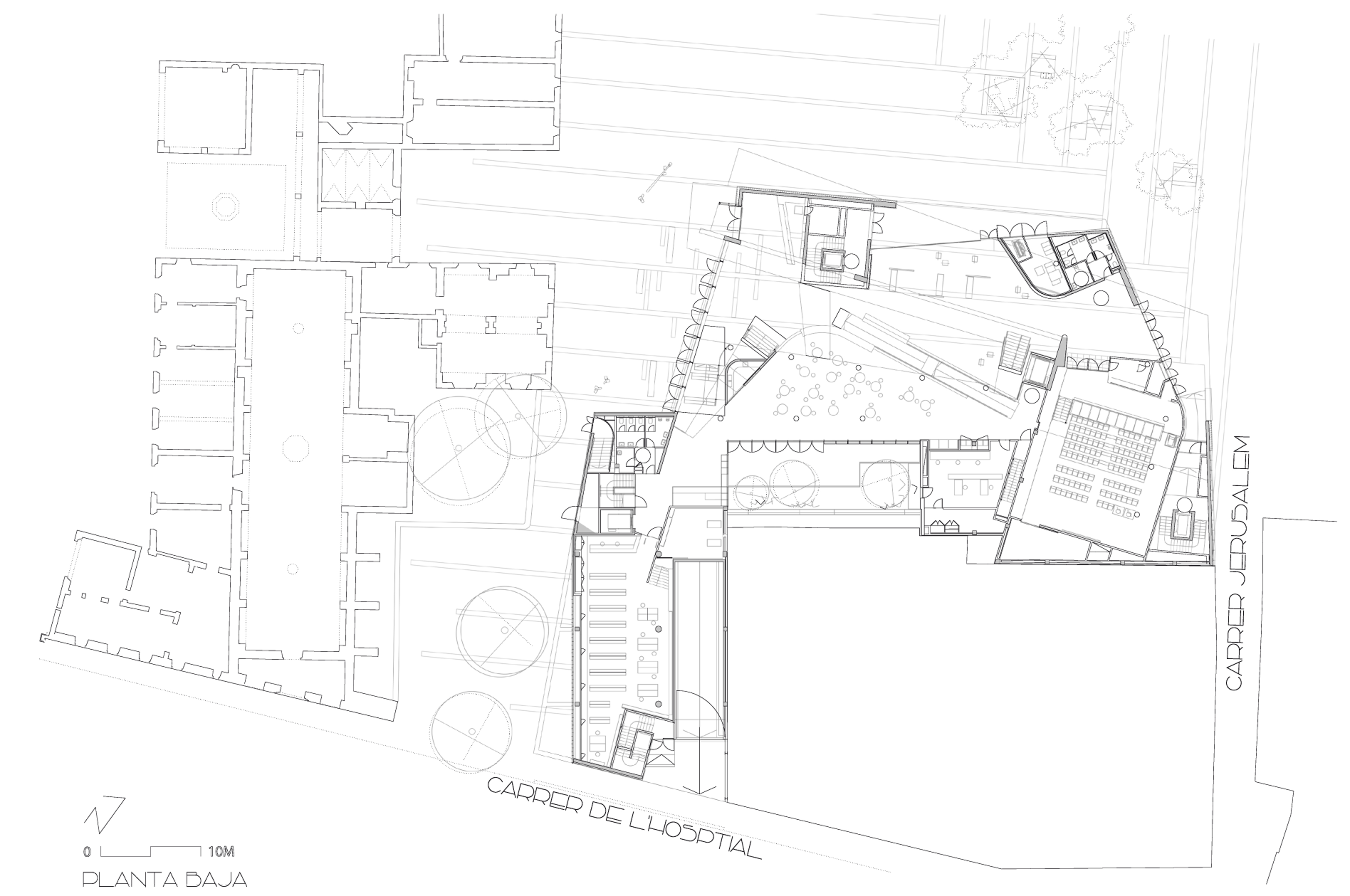 Though each facade of the school is explained in relation to its context – always diverse –, and in spite of the fragmented geometry of the terrain, the building has a strong unitary presence. The school, which represents an institution of future craftspeople and designers, is covered with ceramic material, of large dimensions, manufactured by hand and designed specifically for the project, giving the building a unique and emblematic character. 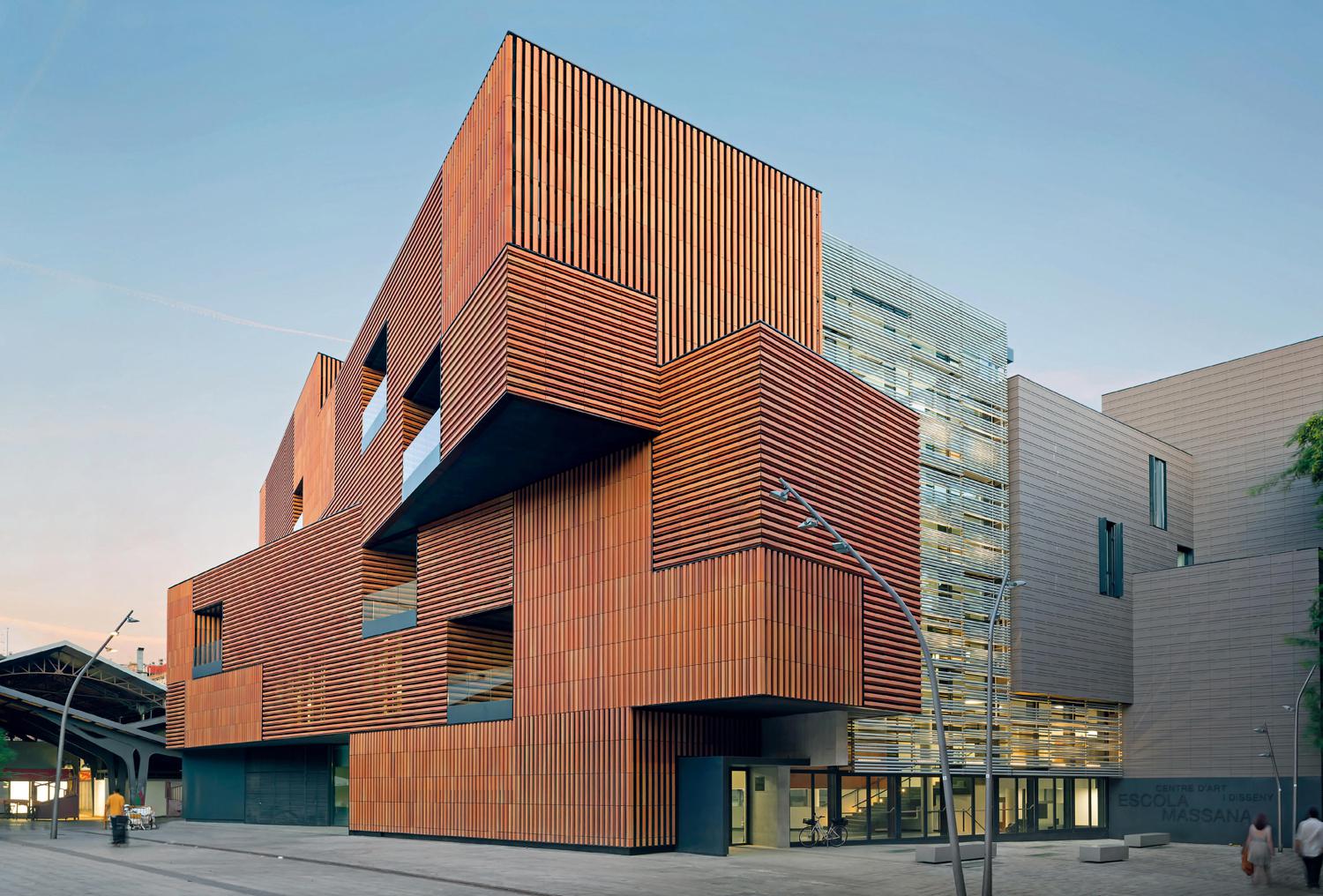 The main access is on Calle Florista de la Rambla, trying to establish a link with the future passage and the Jardins Rubió i Lluch. Aside from this main access, the building has another two secondary ones, located in accordance with the school’s program needs: one of them is on Plaça de la Gardunya, connected to the exhibitions, and the other by La Boquería market, connected to the assembly hall. The latter can also function independently, so cultural activities can take place outside school hours. 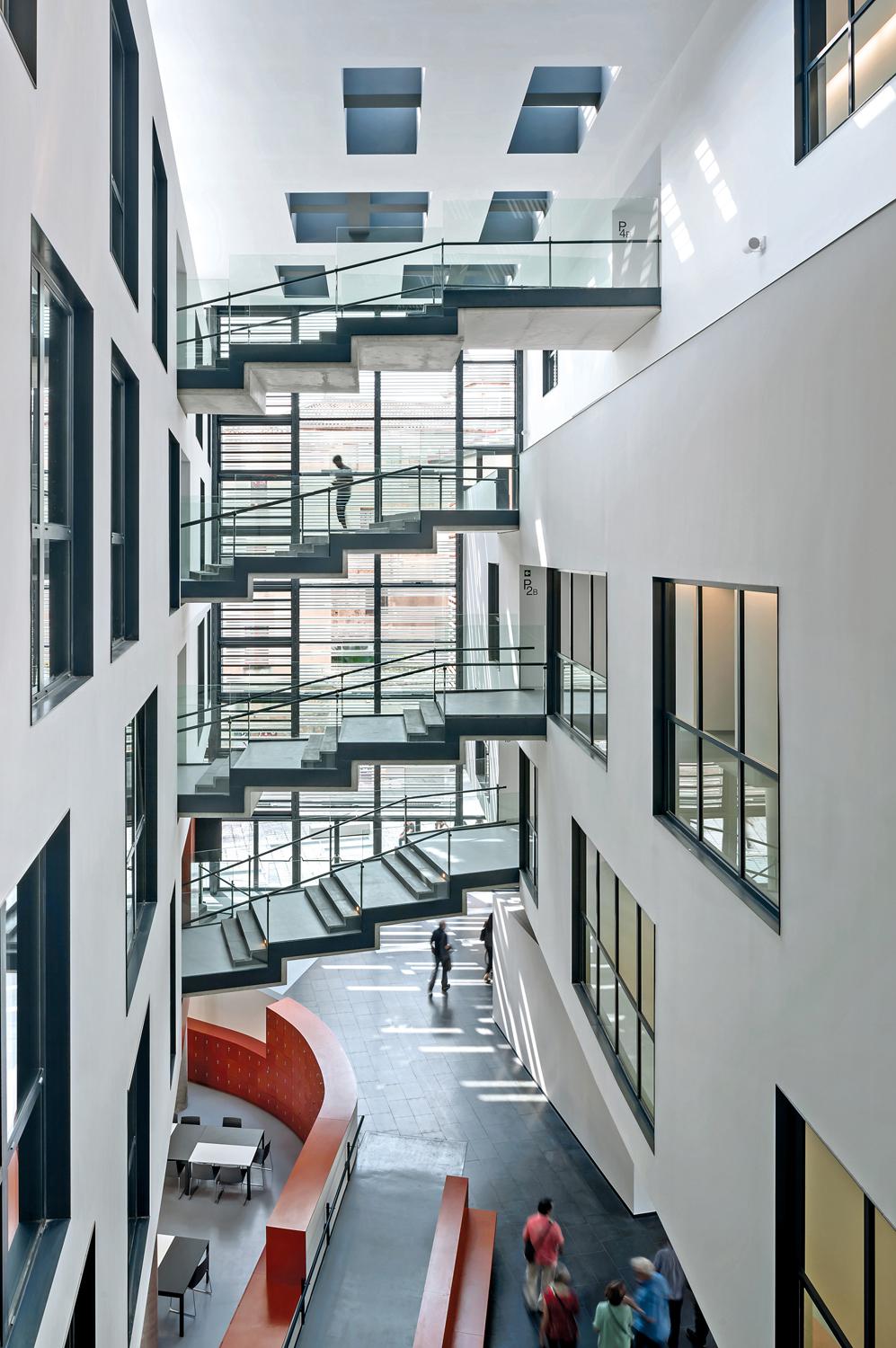 The program of the building is on ground floor and on the five upper floors, plus a basement level. The spaces are organized according to the different uses, be they workshops or classrooms. The classrooms, facing south, and the workshops, facing north, are separated by a large central atrium that functions as a potential urban passage. 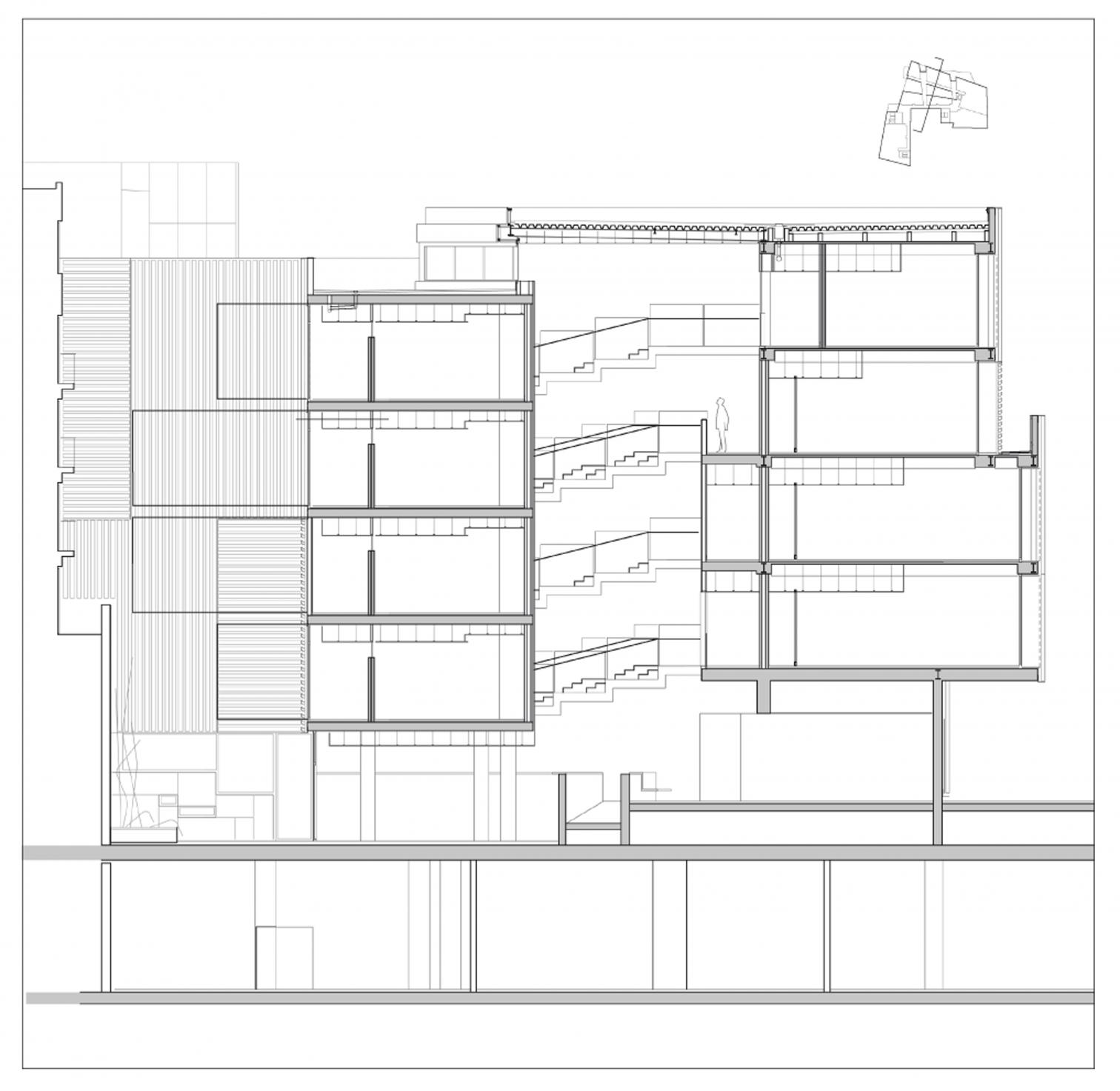 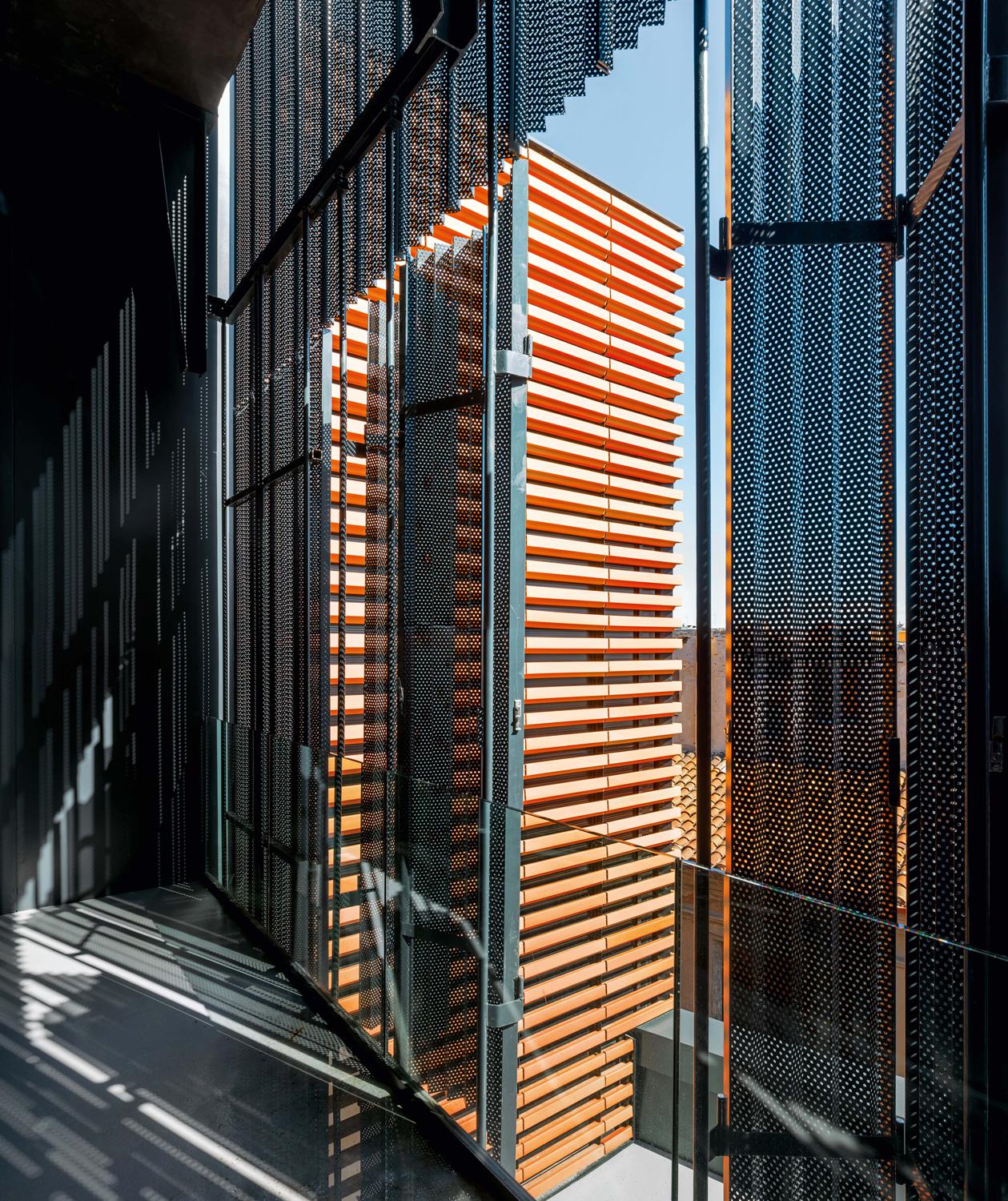 Carme Pinós Enric Miralles   Spain   Going up the hillside one reaches the excavation which houses the cemetery. A cemetery in a pit, laid out as a quarry in the open. The wound on the ground preserves the feeling of a neglected quarry, whose slopes crumble with the passage of time unde

Carme Pinós   Spain   Winner of the competition held in 2008, the project for the cultural center of La Caixa Foundation in Zaragoza stems from a double challenge: in the first place, to create a building that generates city through its uniqueness and because of the publi

Carme Pinós   Mexico   Located in Guadalajara (Mexico), the tower is part of an entire new urban development of the city, surrounded by buildings of similar height. To distinguish itself from them, it adopts a very expressive, almost sculptural slanted form. This form, how

Carme Pinós   Mexico   In an area know as Puerta de Hierro, in the Mexican town of Zapopan (Jalisco), there is an increasing number of corporate and office buildings. This changing environment, with a high risk of earthquakes, was chosen to accommodate a tower for offices

Carme Pinós   United Arab Emirates   The pavilion is designed as an elongated gallery that rises and folds tracing a spiral shape, embracing a central oasis cladded with glazed tile in blue tones. Its modular and reconfigurable design guarantees the pavilion a second life after the Expo

Pich architects   Spain   The building for the Research Institute of the Santa Creu i Sant Pau Hospital concentrates the research activity of this foundation, previously scattered throughout the hospital complex. The proposal is located on the northeast end of the ensemble de