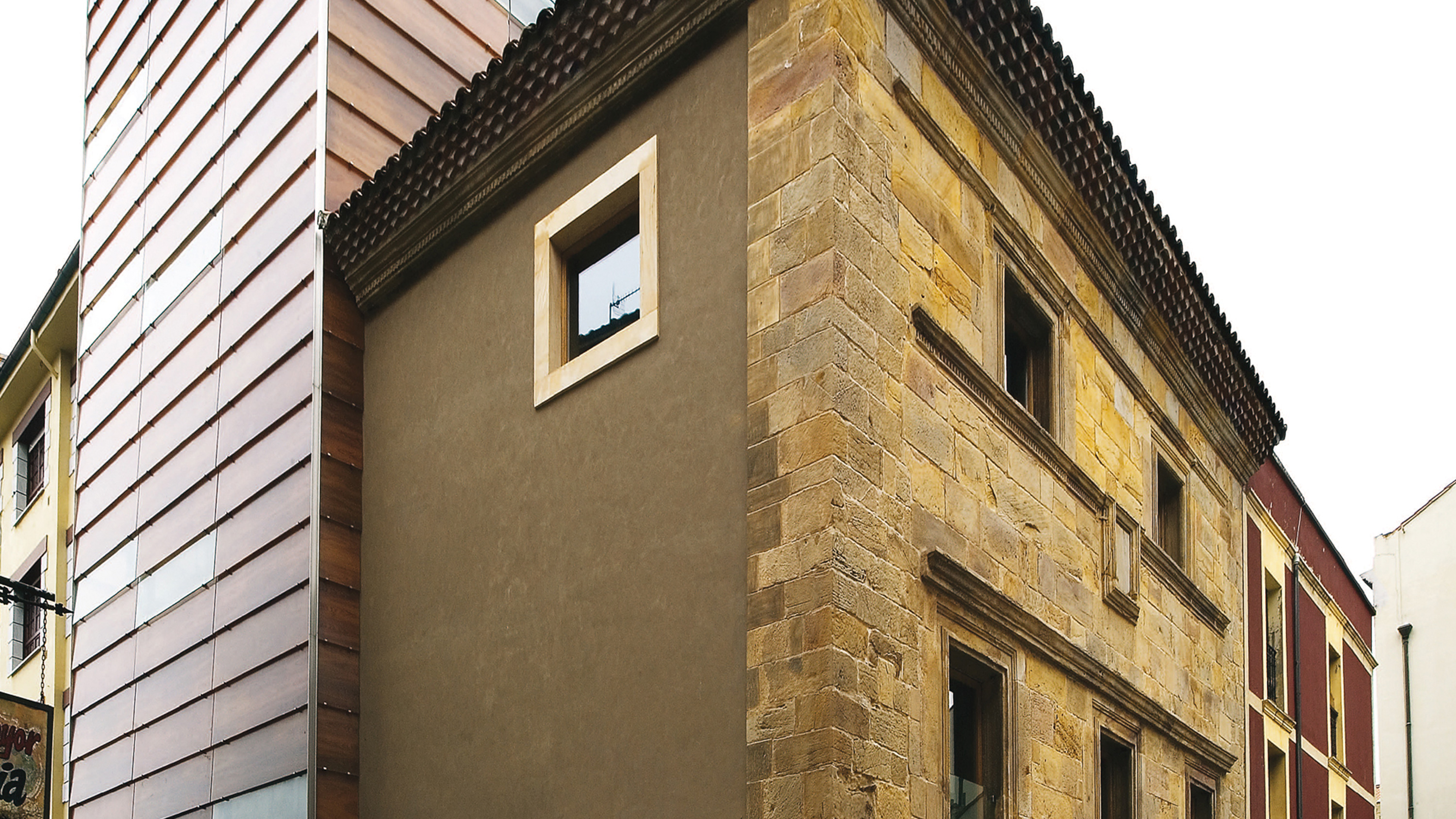 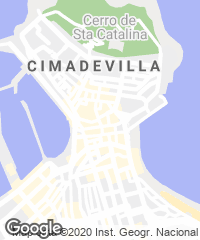 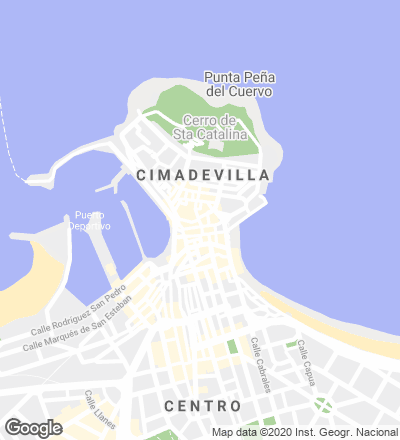 An old house on Recoletas street was chosen to accommodate the new headquarters of theInstitute of Architects (‘colegio’), in Gijón. Among the main asssets of the old building was its thick perimetral wall, which effectively spans the unevenness of the terrain between the streets of Jovellanos and Recoletos. 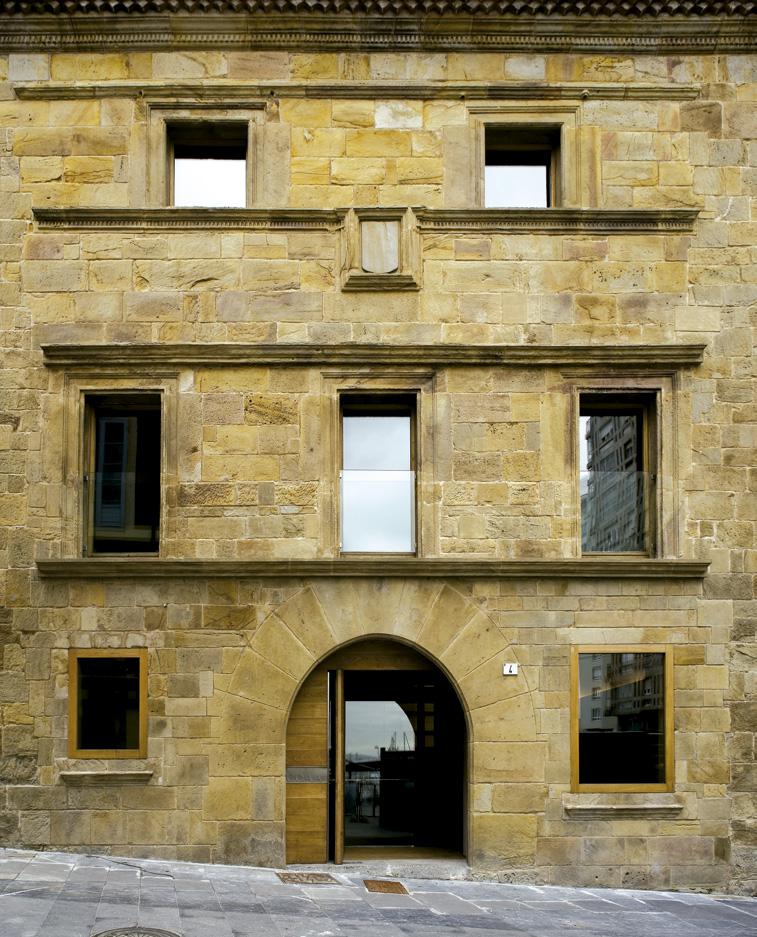 Part of it has been maintained, whereas another part – essentially half of the facade onto Jovellanos street and all the area onto the rear alley – has been replaced by a facade of glass surfaces decorated with wood, which at nighttime lets the light from the interior pass through, turning the building into an urban lighthouse.

The headquarters of the association occupy an old house in the historical center of Gijón. The proposal maintains part of the original facade, whose perimeter wall gracefully spanned the uneven areas of the site.. 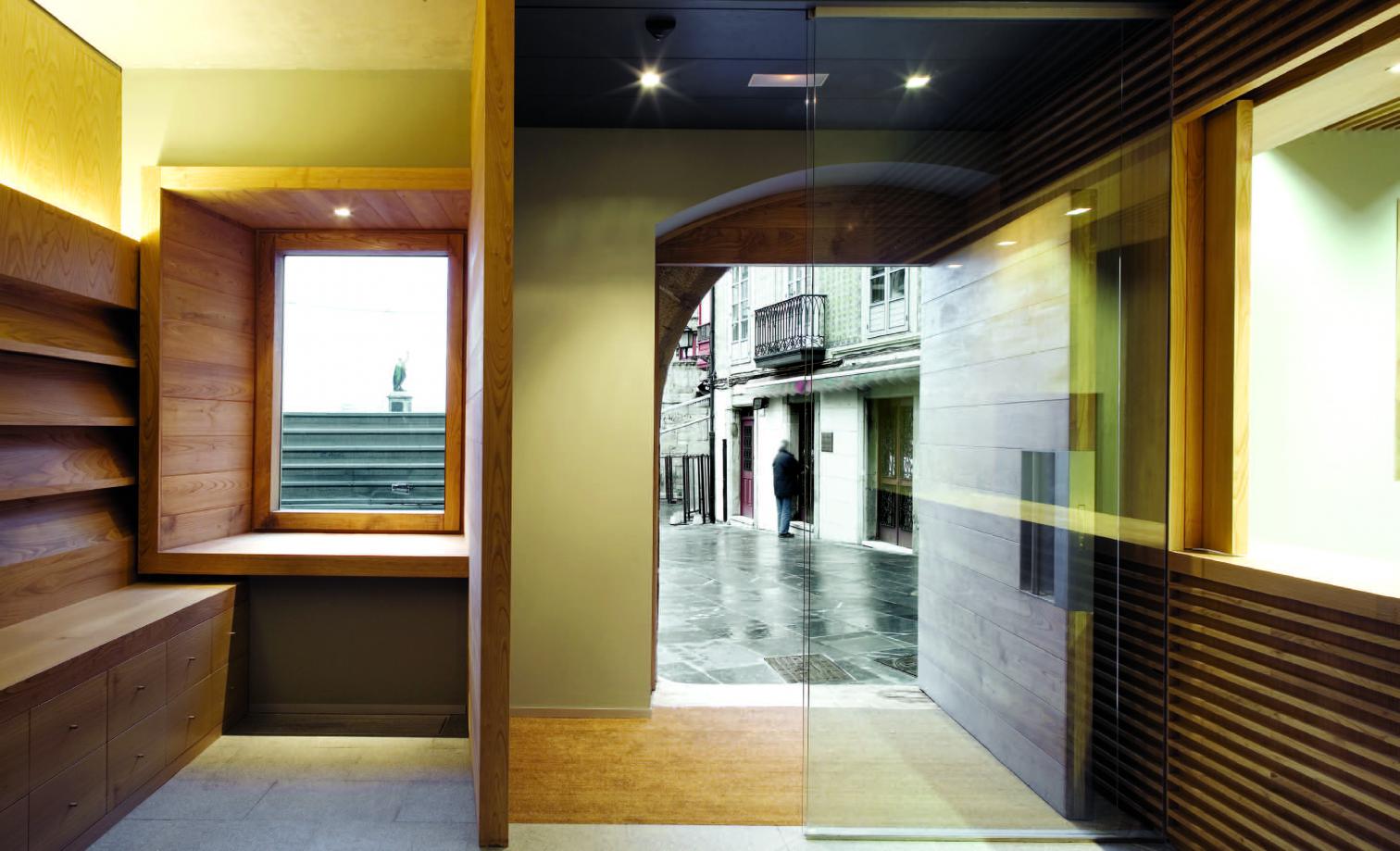 The floors have been distributed with the aim of housing open-plan spaces whose use can change over the course of the years. So, the stairs have been arranged in a corner – without touching the facade wall –, and in front of them is a closed box that houses the elevator and services. Rounding off this functional area is a courtyard delimited by glass surfaces that receives light from the exterior, filtered by the tan hue of the decorated glass pieces. The deepest vertex of the building is thereby defined by a service area, and the rest of the floor is freed up to adopt the most favorable distribution for a specific use and time. 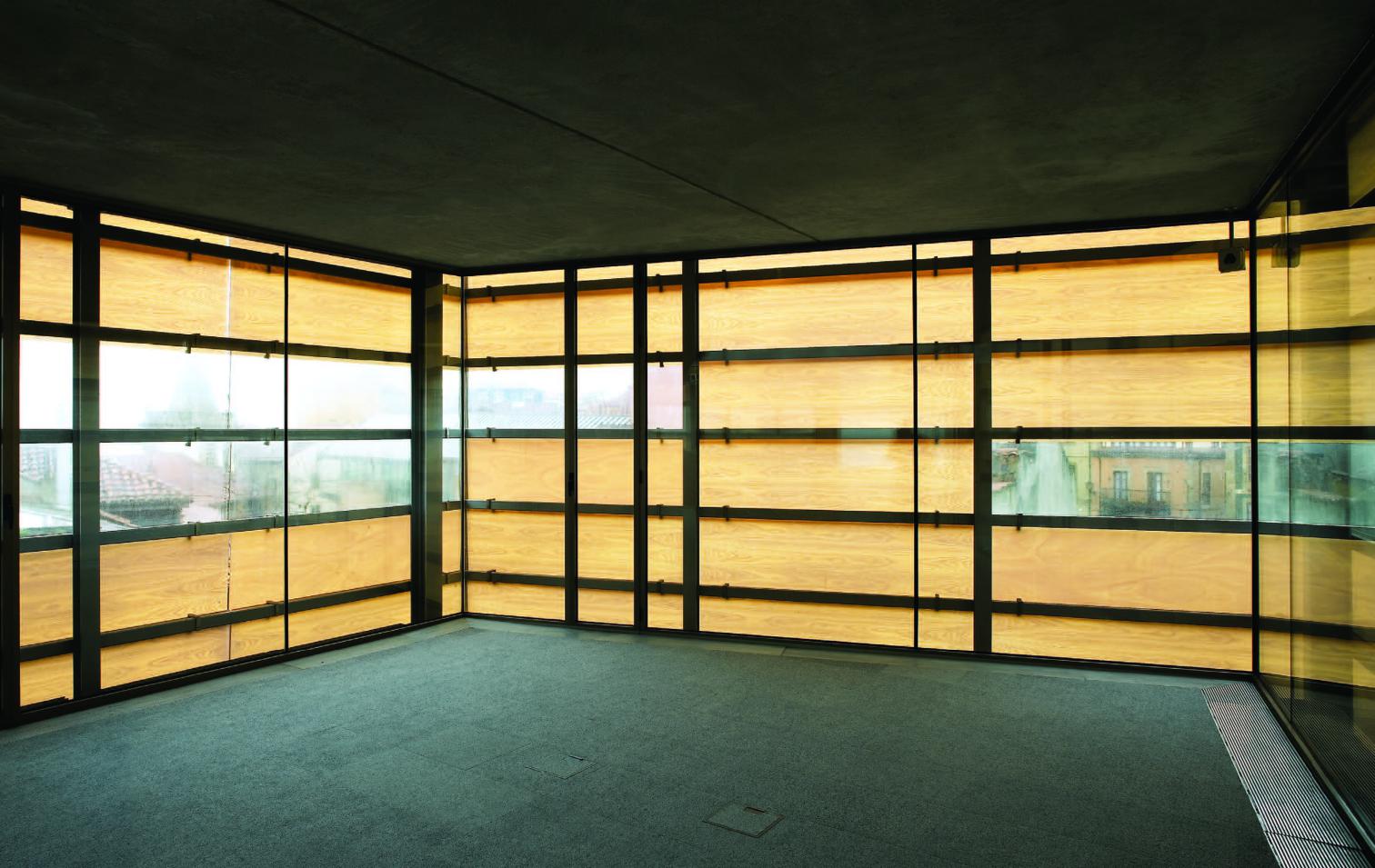 The administration office and banking services are on ground level; the first and second floors house the different offices; the two top floors have a considerably smaller floor area, the third floor houses the archive and the boardroom is on the fourth floor. From this high vantage point one can enjoy the superb views over the city. 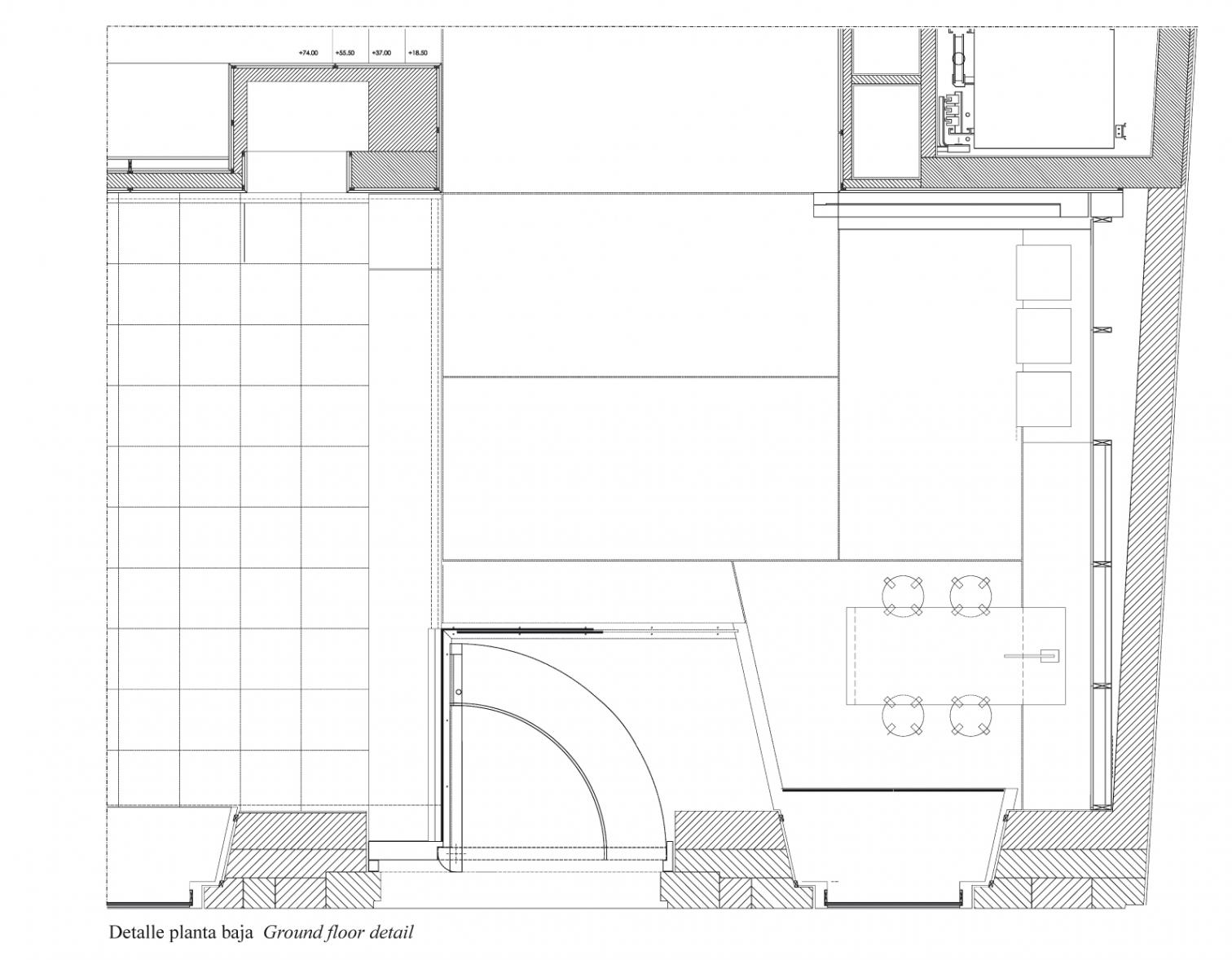 The interior spaces are characterized by the predominance of wood surfaces, which cover the walls in the form of shelves or frame the old windows. The balconies of wood and glass that are so common in the historical center of Gijón have served as inspiration to qualify the space. 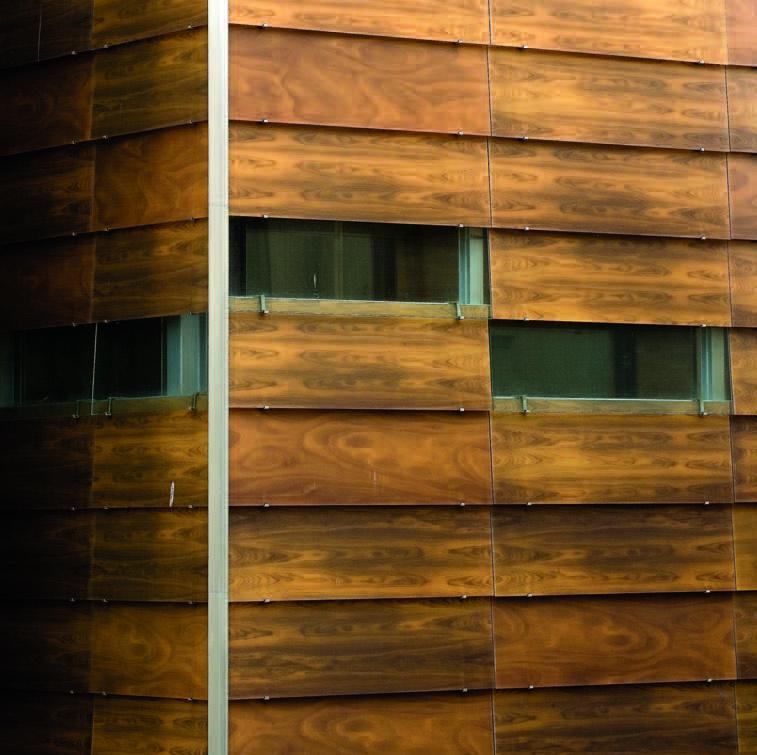 Part of the facade of the old building that opened to the rear alley is replaced with a ventilated facade, with glass on both sides, which acts as an urban lighthouse at night and fills the interior with a filtered light at daytime.

The enclosure has a minimum thickness but a broad range of features. In the interior, thermal glass is placed on a fixed and pivoting steel frame. To the exterior, horizontal pieces of tempered glass decorated with chestnut wood overlap. Between them is the main structure of steel based on HEB profiles. A substructure is welded onto the structure of profiles that support the horizontal pieces of the outer facade, and on each level a grille floor has been placed to ensure easy maintenance. A vertical border ends the glass at the corners of the building.. 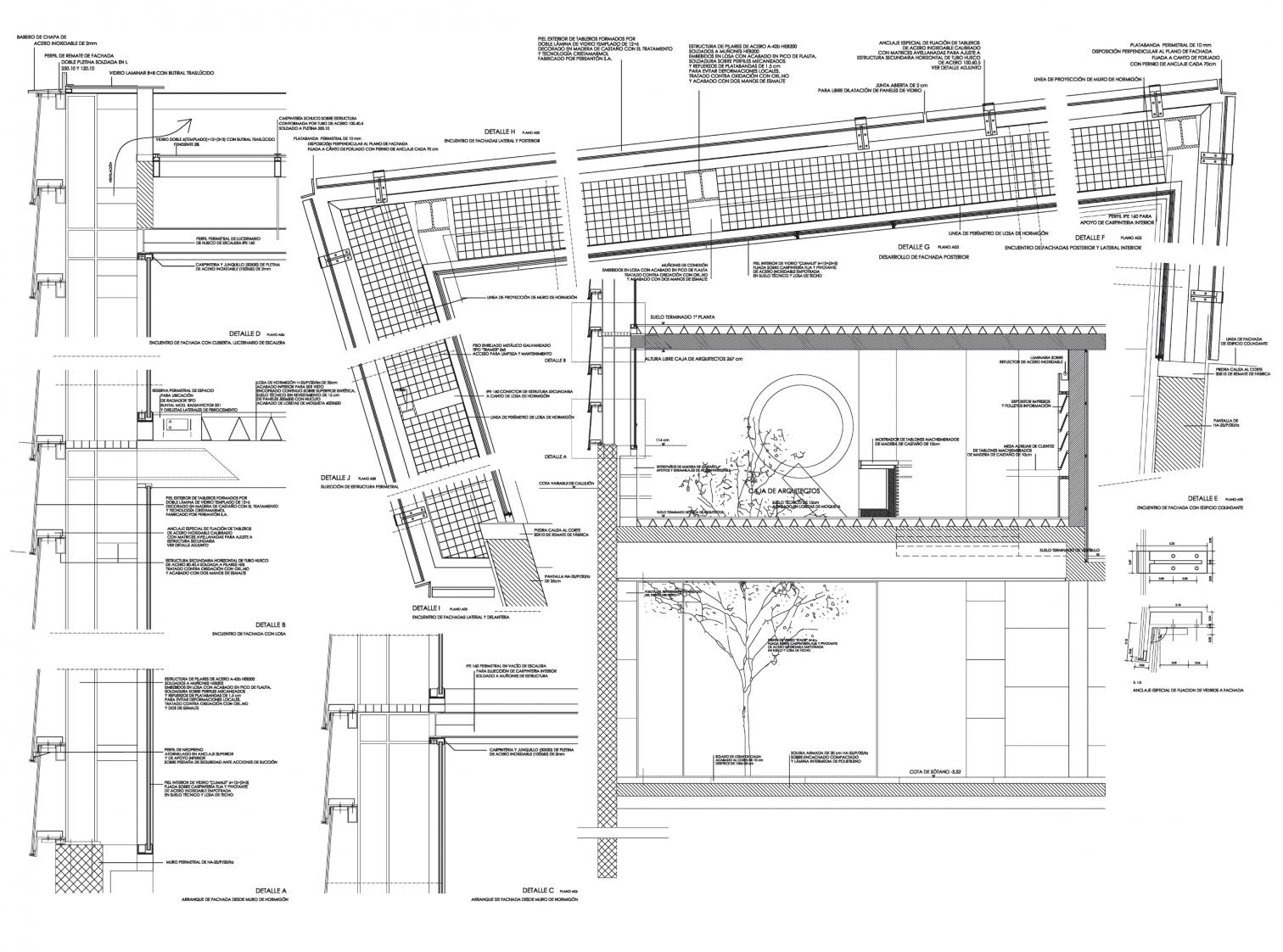 The stairs are tucked into a corner without ever touching the facade, and in front of them is a closed core containing the elevator and bathrooms. A courtyard surrounded by glass surfaces rounds off this functional area.

César Ruiz-Larrea Antonio Gómez Gorka Álvarez Ugalde   Spain   Located in the Madrid neighborhood of Adelfas, in the southern edge of the Retiro district, close to the stations of Atocha and Méndez Álvaro, the construction of the project was commissioned after a competition called by Acciona Inmobiliaria. The re

César Ruiz-Larrea   Spain   This building carried out for Madrid's municipal housing and land corporation (EMVS) in the Spanish capital's Carabanchel district, containing 25 apartments with 1, 2, and 3 bedrooms, is protected by rent regulation (VPPA). In designing the block the

César Ruiz-Larrea Antonio Gómez Gorka Álvarez Ugalde   Spain   Located in the Madrid neighborhood of Adelfas, in the southern edge of the Retiro district, close to the stations of Atocha and Méndez Álvaro, the construction of the project was commissioned after a competition called by Acciona Inmobiliaria. The re

Renovations in Bank of Spain, Madrid

Paredes Pedrosa Arquitectos   Spain   The historic building dates from 1884, but was extended gradually in the 1920s and 1970s until Rafael Moneo ‘wrapped up’ the block in 2006. Paredes Pedrosa have intervened several times since 1986, when they converted the Cibeles corner into an exhib

Rafael Moneo   Spain   After several enlargements since its construction in 1891, the Bank of Spain called a competition in 1978 for the design of the last piece to wrap up its monumental headquarters At that time the winning project was denied the license from the City Co