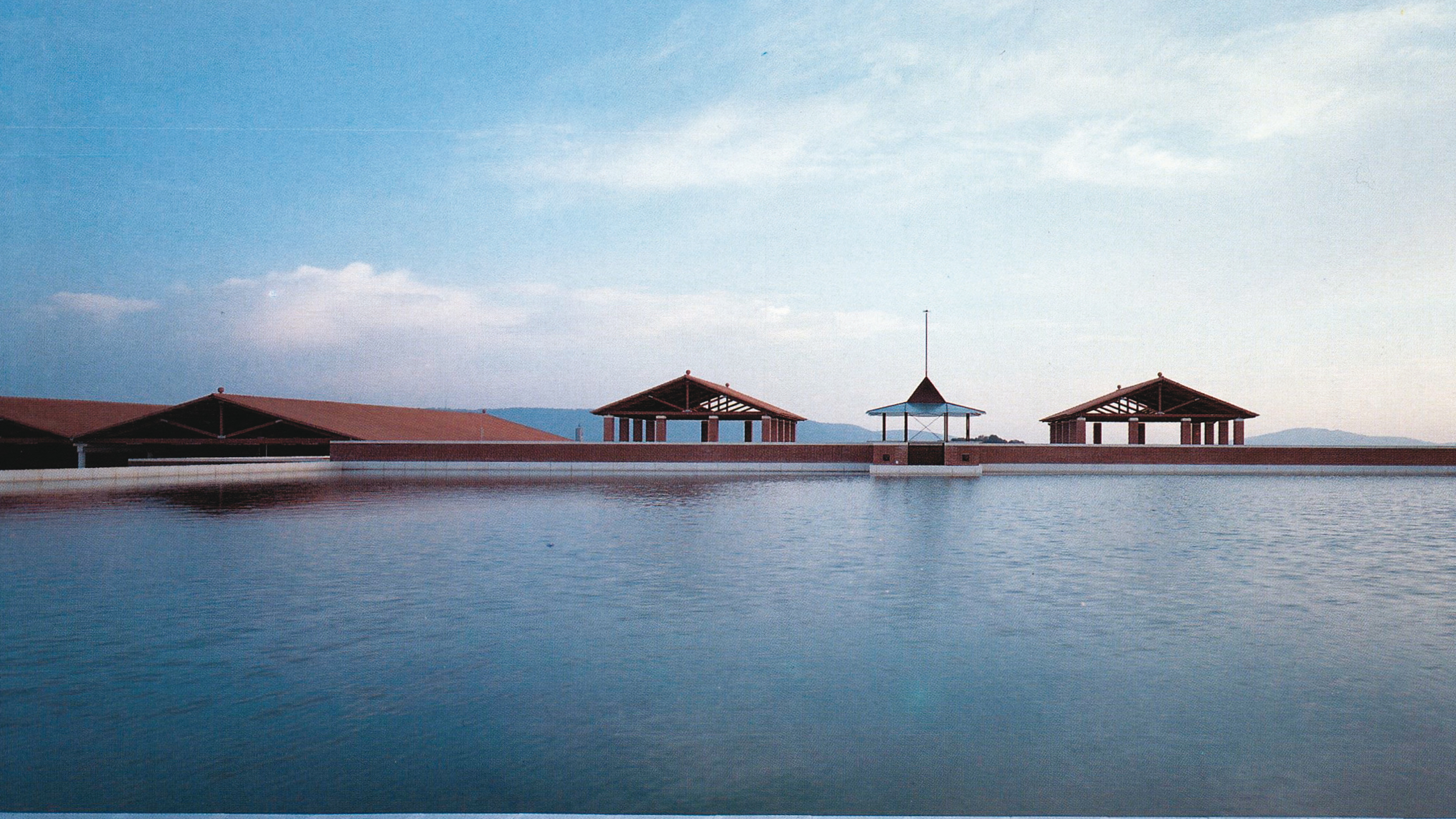 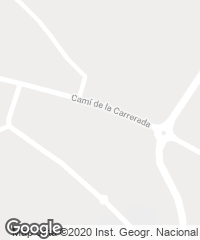 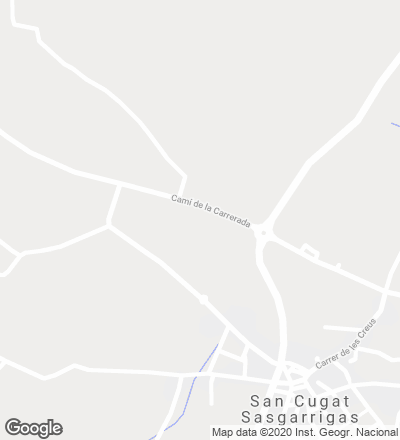 A long straight line serves as basis for the setting up of installations in a landscape of vineyards. The axis links the old house to the new complex, which is composed in a both rural and classical manner, through a chain of structures that is ordered along the axis and behaves more freely at the wings. Simple buildings in ceramic, brick and tile, with white details here and there, appear among the vineyards. The Chandon facilities seem to evoke both a ‘masía’ (a specifically Catalan type of farm) and a factory, a double inspira-tion in turn tackled by way of a strict game of construction.

Manufacture-wise this complex has elements in common withthe long chain of industries stretching along the Catalan country-side: the brick manor with two gable roofs, the large holes that turn walls into mere pilasters, the abundant facades and ornaments, which are reduced to arched lintels. And it is agricultural in its mud wall patios, the facade at the front of the roof and the low drying house.

The exact game consists of spinning along the axis an initial patio with two pavilions, in the way of a school building; a cloister-like patio and a virtual water garden over which float the access-providing structure —cottage or temple?— and the one containing the stairway —the glass box Oscar Tusquets likes to repeat. The ambivalent game appears in the two pavilions forming the ensemble’s image on the landscape. The use of layers on the facade instead of the ceramic pediment makes the brick buttresses an adornment, in the manner of unnecessary peristyles of such temples on the horizon.

Laminated wood forms the interior layout of these brick boxes, adding its peculiar color thereto. Large lights and props are achieved through pieces of steel, which gird the thick beams of gummed wood and act us intermediary between the dark frame-work of the ceiling, with its wood and the undulating support of the exposed roof, and the maze of barrels and conduits scattered around them. With its multiple references, the project for Chandon is essentially a composition of roofs over the landscape... [+]

Óscar Tusquets   Spain   Auditoriums as building typologies nowadays present serious problems which condition the very spatial and volumetric composition of their architecture. Inside, the study of reverberation time is fundamental to audition, and reverberation time varies

Óscar Tusquets   France   Montpellier is the scene of one of Ricardo Bofill’s most successful feats of residential architecture. Right beside a horrid commercial center, Taller de Arquitectura planned out a piece of any traditional city with its corresponding streets and bloc

Óscar Tusquets   France   To build a restaurant, or rather, three restaurants, at the park of La Villette necessarily means to realize a tour-de-force. Everything there is one and has to be one from its very conception as an exposé of architectural advancement and internation

Óscar Tusquets   France   It has never been easy to apply triangular geometry to architecture. In the Middle Ages it coexisted with other more rational shapes, like the orthogon and the hexagon, and with arrangements based on the ideal conjunction of the triangle, the square

Three Projects at the ‘Ensanche’, Barcelona

Óscar Tusquets   Spain   As we know, Cerdá imagined the blocks of his Ensanche to be built only on two of its sides. This was extremely revolutionary at the time, and might well be considered to have been a foretaste of our idea of a modem city based on free-standing blocks

Óscar Tusquets   Spain   Spain’s two great city extensions (Barcelona’s and Madrid’s) have one feature in common: the layout of their streets is regular while the lots found within their blocks are irregular. The effect is curious: more or less uniform and orderly facades wh

Housing for the Olympic Village, Barcelona

Óscar Tusquets   Spain   If anything can define the future Olympic Village of Barcelona ’92, it is the wise combination of urbanistic uniformity and architectural variety. It has been thought out and is being built almost like the 19th-century Ensanche was: a single urban pl

Housing at the Fukuoka Exhibition, Kashii

Óscar Tusquets   Japan   Not long ago, Deyan Sudjic, editor-in-chief of the magazine Blueprint, said that Fukuoka is to Japan what Dover is to England: the point of entry to the country and the arriving traveller’s first image of it. This little city —little according to Jap

Óscar Tusquets   Spain   This mansion brings together several features of Tusquets’s current architecture. The plan of the house is inscribed within another, the coincidental and wider plan of the lot. Despite its irregularity and slope, a rigorous scheme of parallels organi

Óscar Tusquets   Spain   A house hanging over a Minorcan cove gave the architects the opportunity to review some of their own composition themes, with the ease permitted by a minor job and the freedom suggested by the adjacent Mediterranean. Their subjection by the program t

Óscar Tusquets   Spain   The Mas Abelló dwellings provoked some scandal among those who saw them to be a kind of post-modem manipulation of the old theme of social housing units. The program, in terms of housing theory, is nothing new, but the approach of the project makes i

Óscar Tusquets   Spain   To renovate the Palau de la Música Catalana seemed an impossible mission given its situation within the old building raised by the Art Nouveau architect Lluís Doménech i Montaner. Loaded with tradi-tion and history, it had in the course of time been 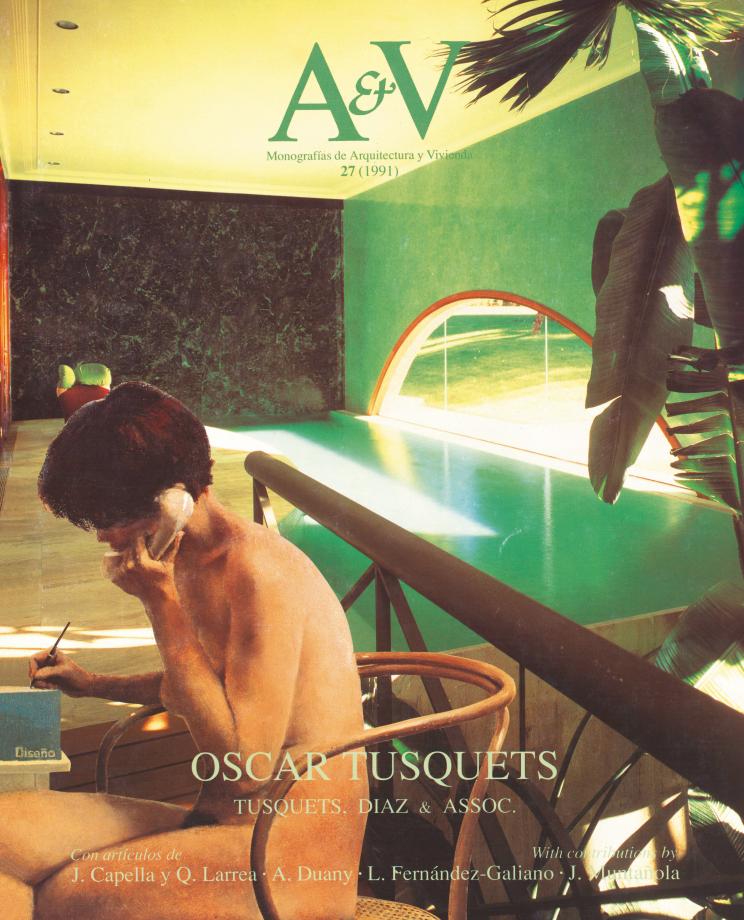