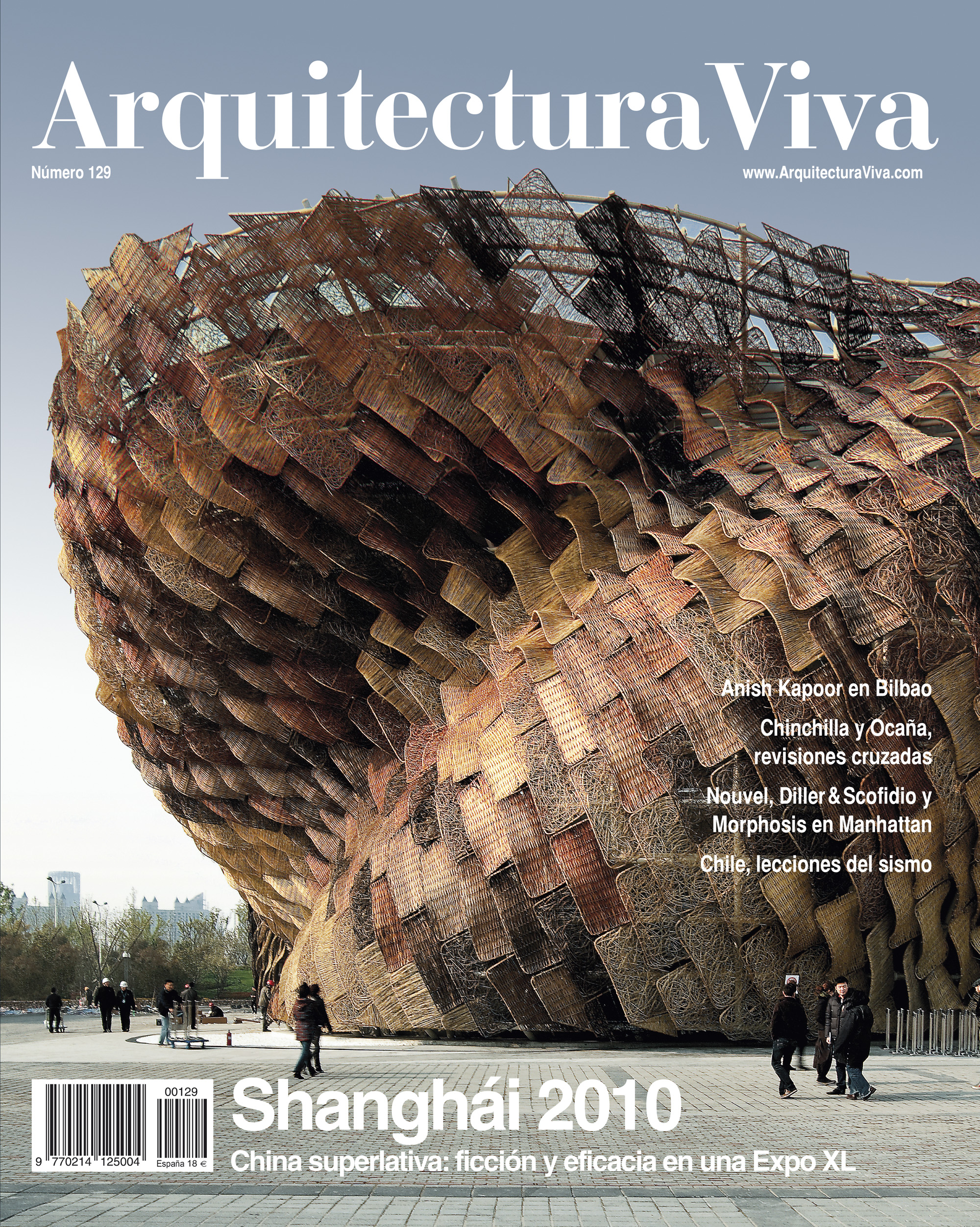 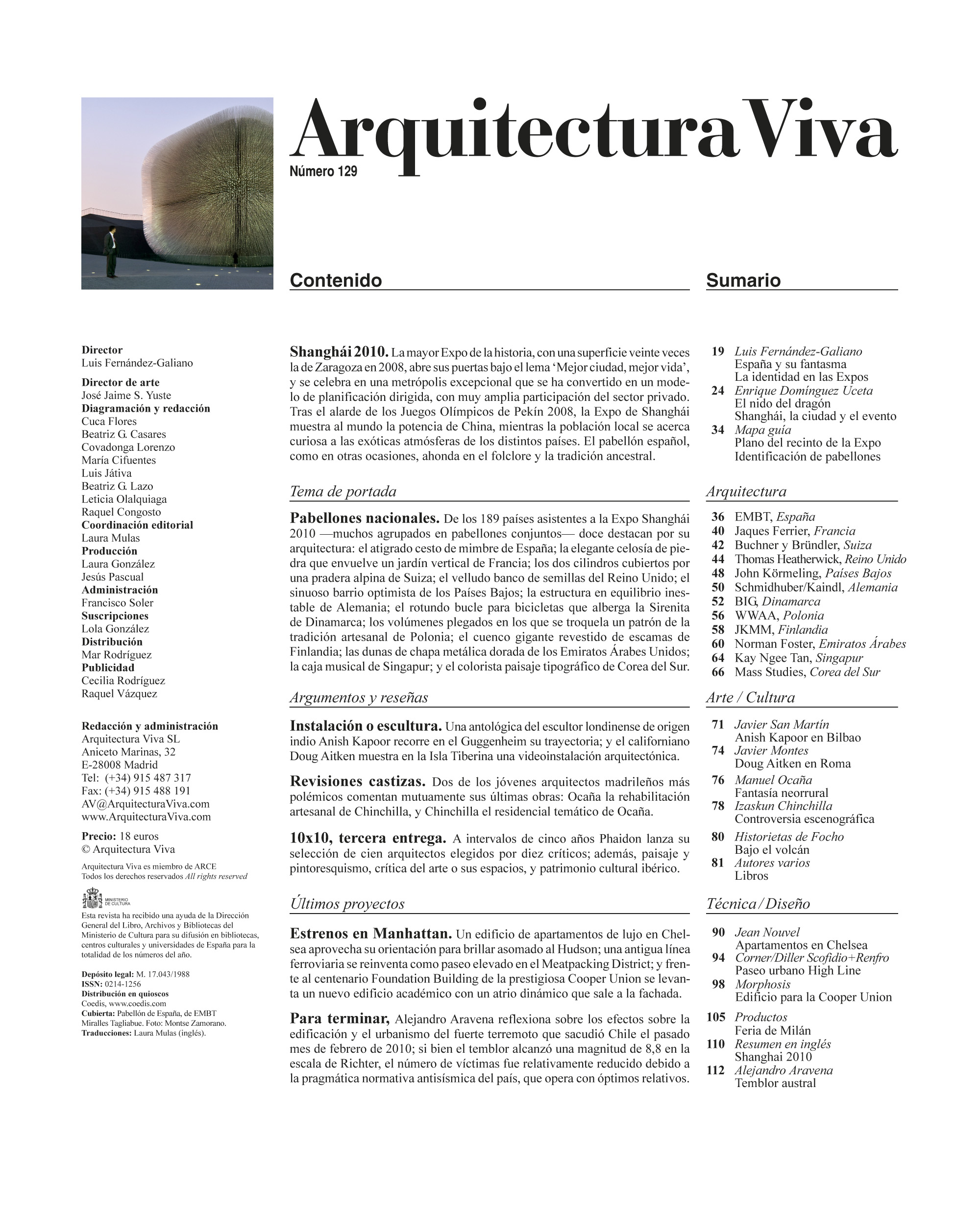 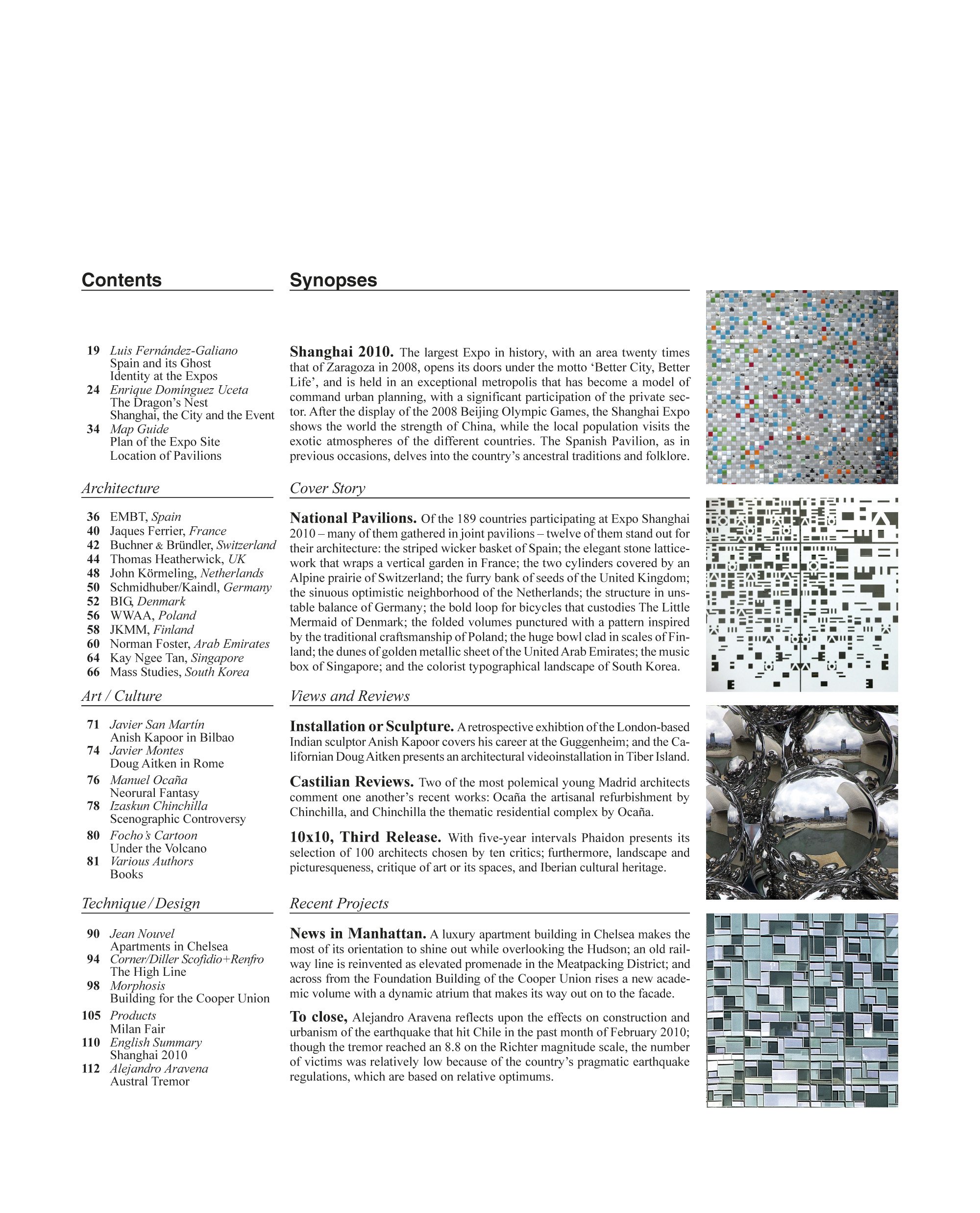 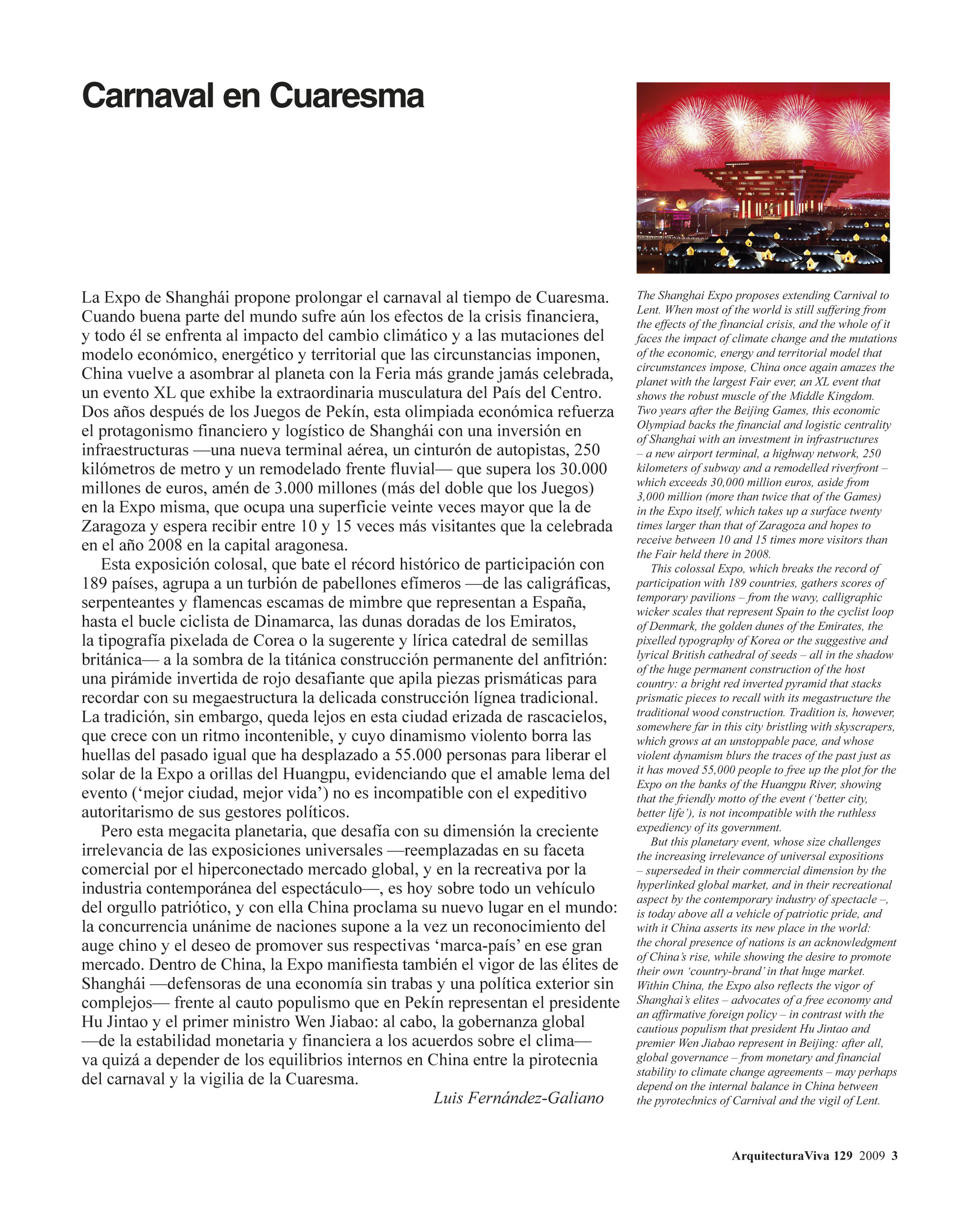 Superlative China: Fiction and Efficiency at an Expo XL 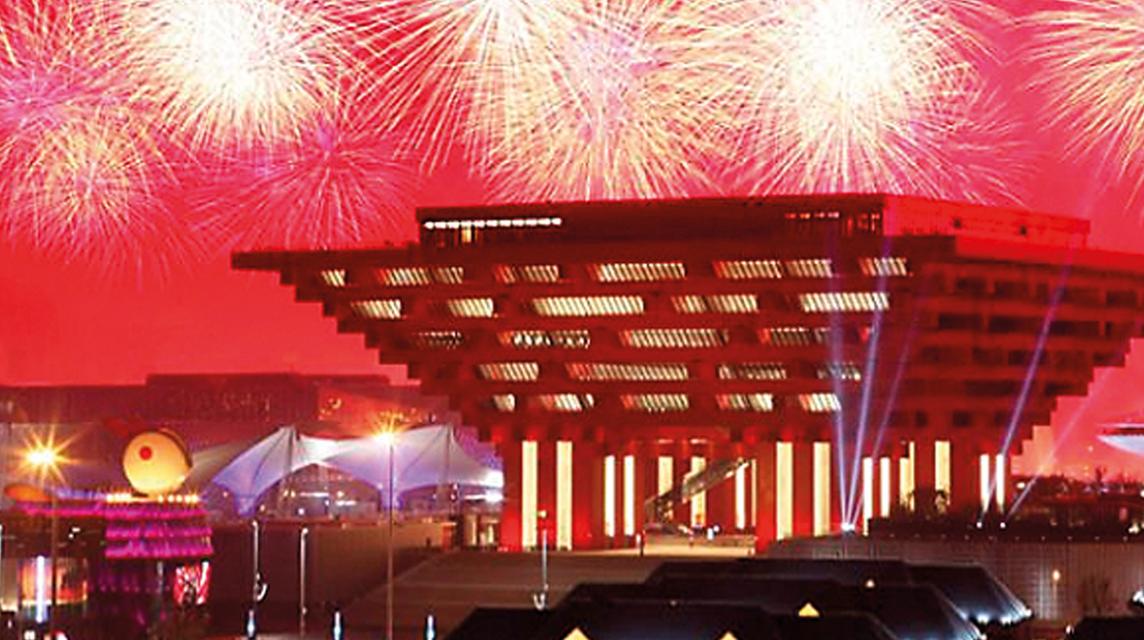 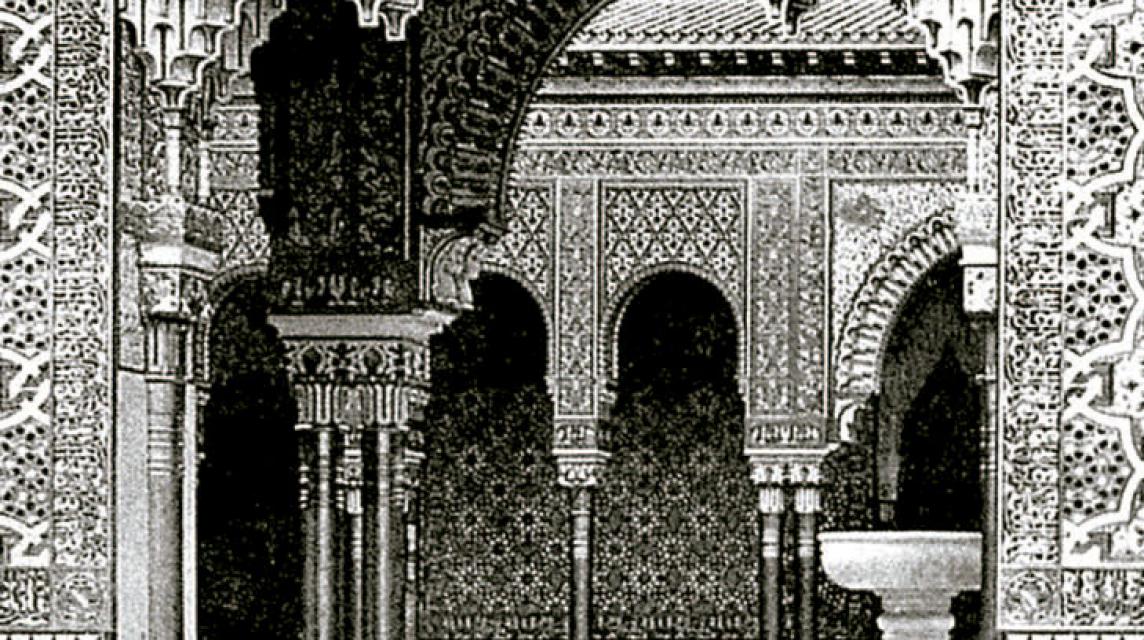 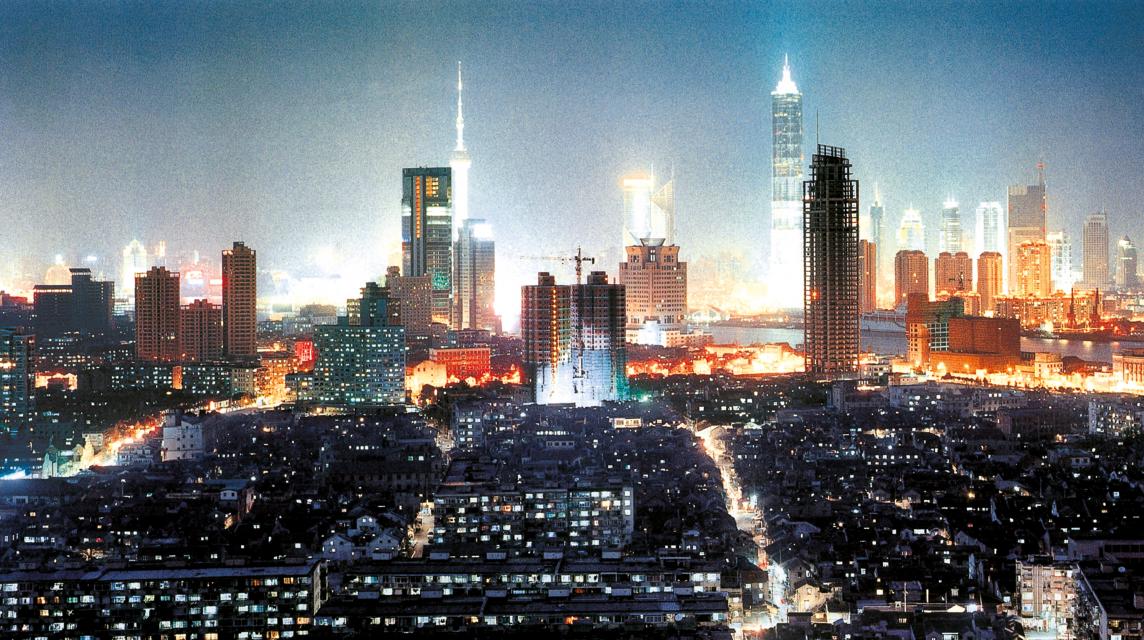 Shanghai, a City and an Expo for the 21st Century 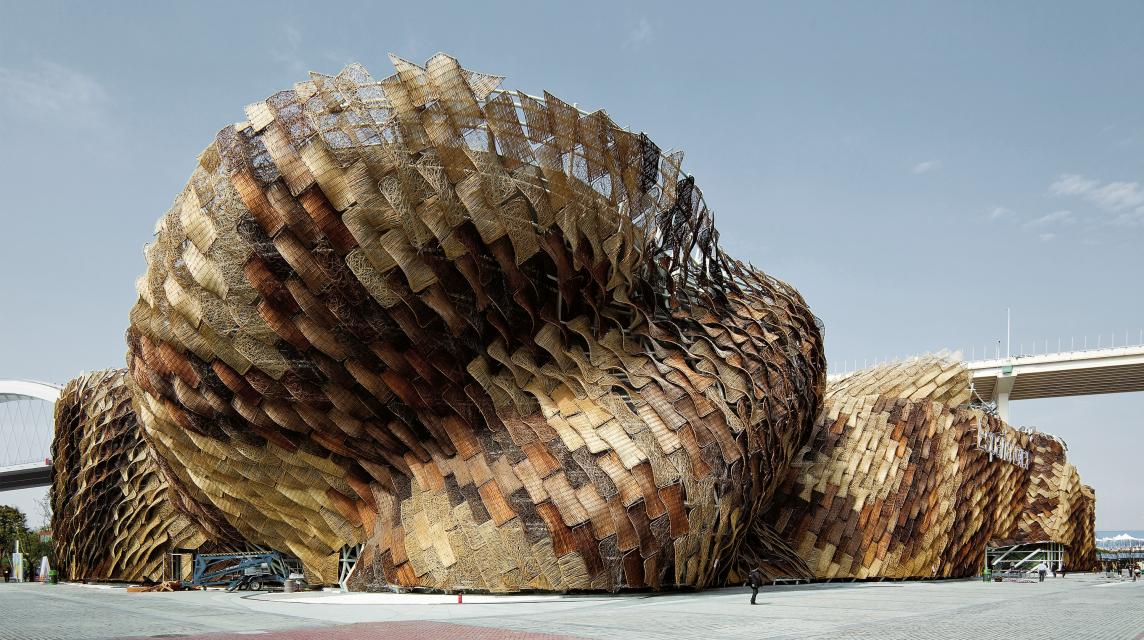 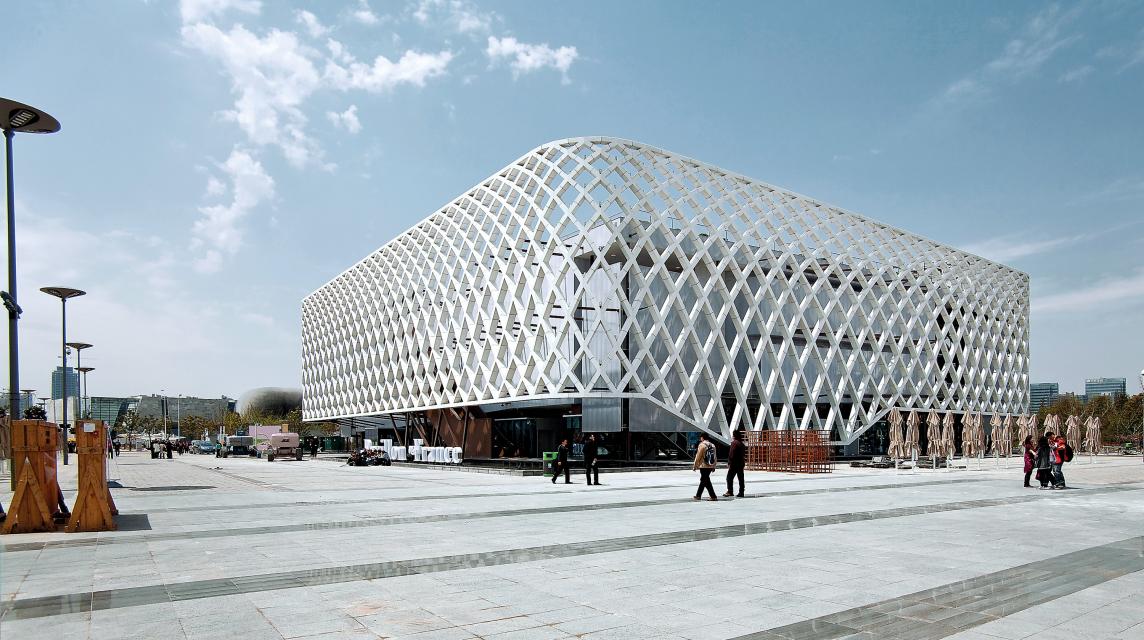 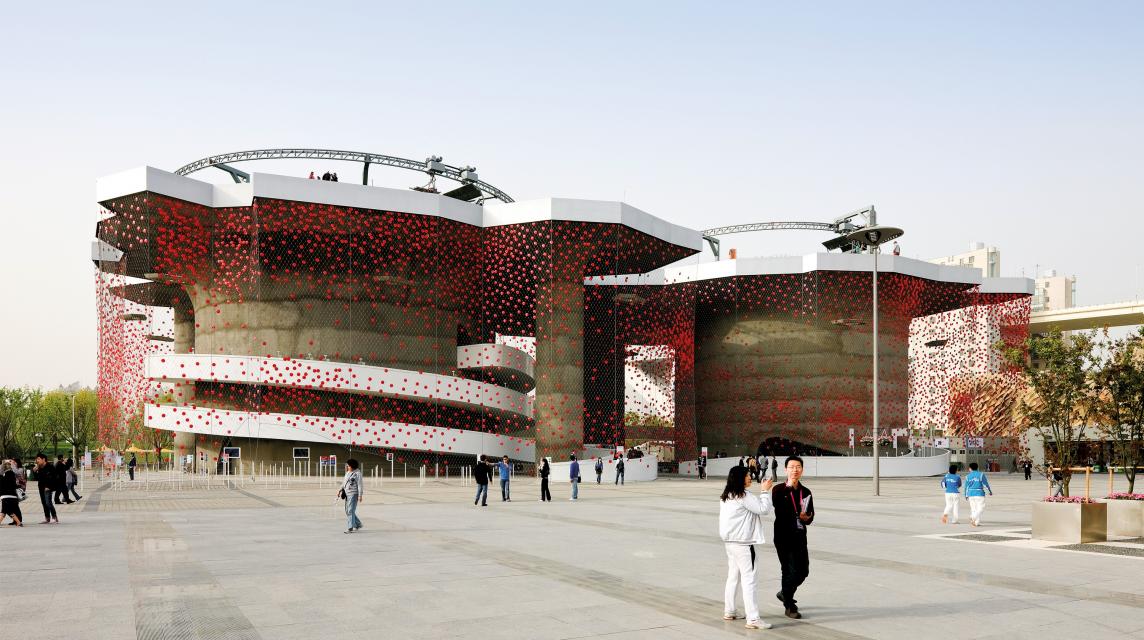 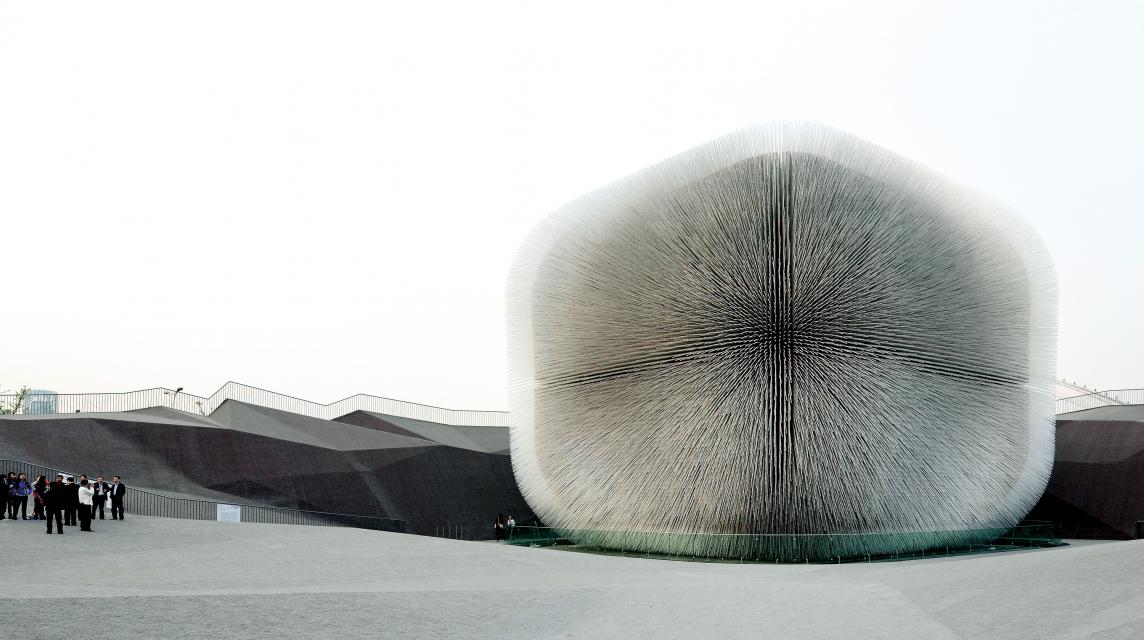 Heatherwick Studio   China   Under the motto ‘Better City, Better Life,’ the Universal Expo of Shanghai 2010 gathered over 200 countries, inviting them to reflect on issues like urban development, well-being, and sustainable growth. Aside from the usual requisites, one of the br 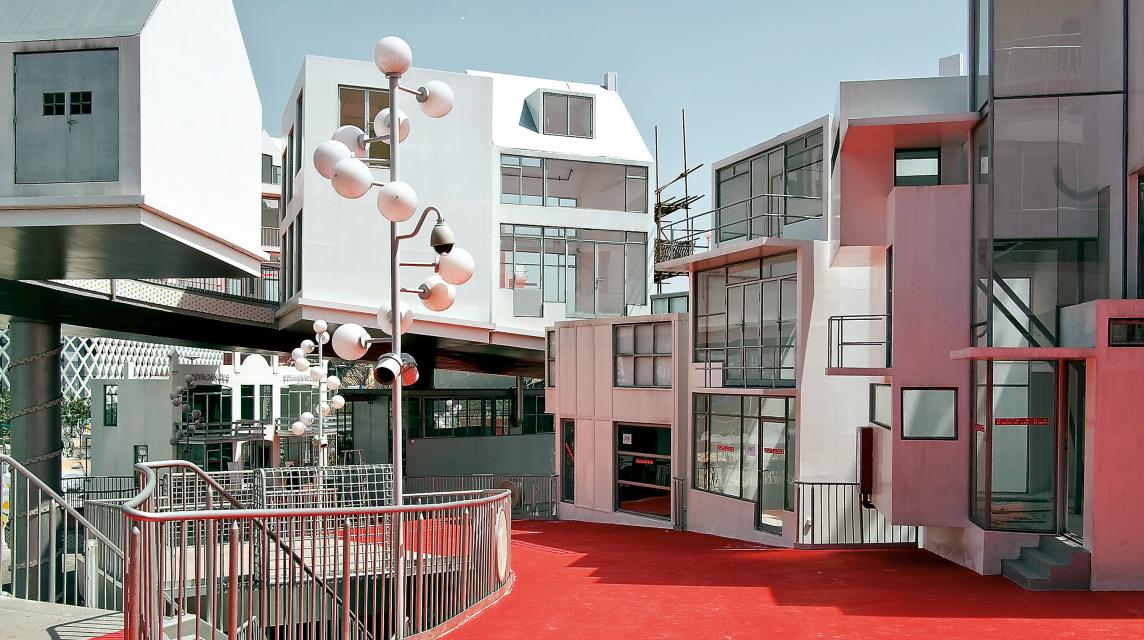 Pavilion of the Netherlands, Expo Shanghai 2010 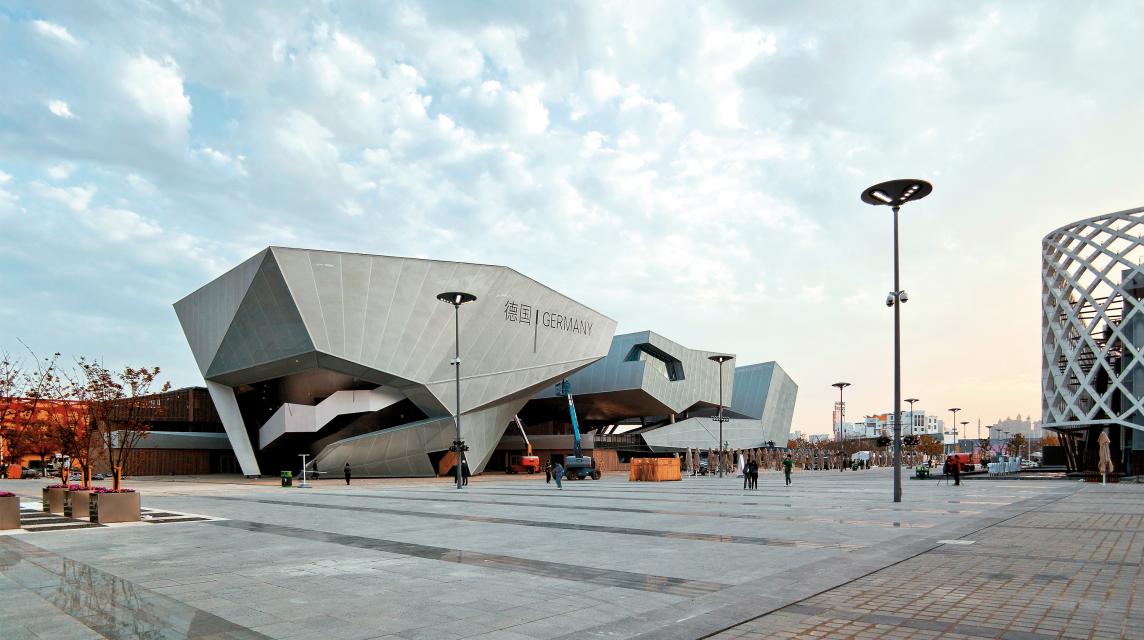 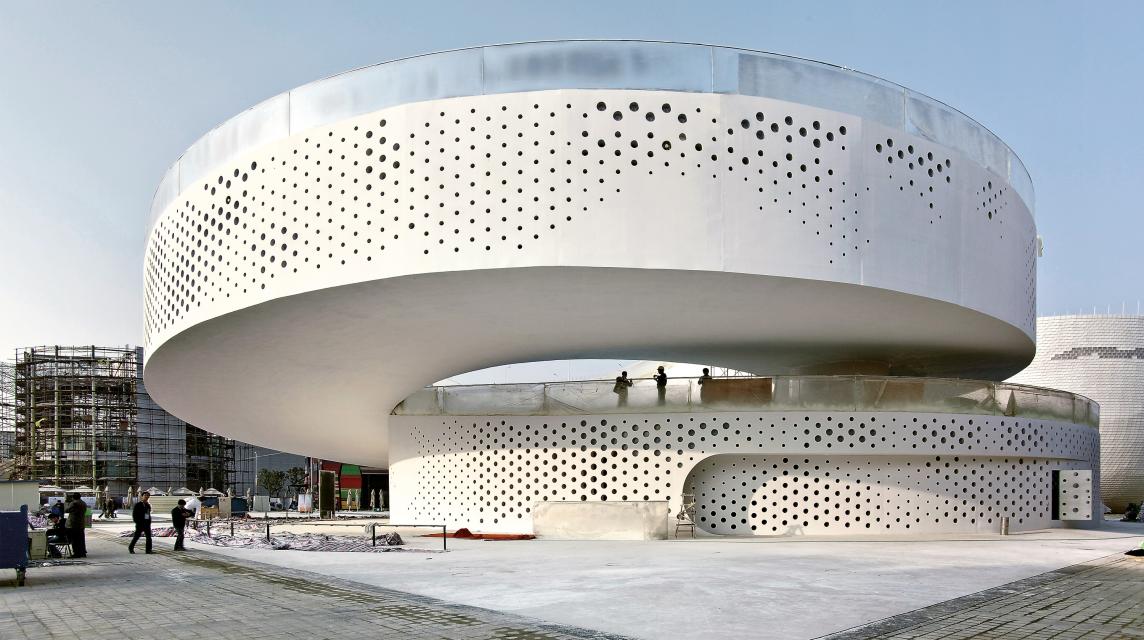 Anish Kapoor, from London to Bilbao

Doug Aitken on the Tiber Island of Rome

A Domestic Rehabilitation of Izaskun Chinchilla

A Residential Complex of Manuel Ocaña

Academic Building for the Cooper Union

Congress in Pamplona, More for Less

ETHZ Crystallographic Shelter in the Alps

AMID Ship (zero 9) in the Mountains of Madrid

Aranguren and Gallegos, Color in Malaga

Ábalos and Sentkiewicz for the Tàpies Foundation

Franco, from Ropes to Tiles at the Slaughterhouse

Flowers of the Nouvel Desert in Qatar

Miquel Barceló at the CaixaForum in Madrid

‘Feelings are facts’ at the UCCA in Beijing

Shanghai 2010. The largest Expo in history, with an area twenty times that of Zaragoza in 2008, opens its doors under the motto ‘Better City, Better Life’, and is held in an exceptional metropolis that has become a model of command urban planning, with a significant participation of the private sector. After the display of the 2008 Beijing Olympic Games, the Shanghai Expo shows the world the strength of China, while the local population visits the exotic atmospheres of the different countries. The Spanish Pavilion, as in previous occasions, delves into the country’s ancestral traditions and folklore.

Luis Fernández-Galiano
Spain and its Ghost
Identity at the Expos
Enrique Domínguez Uceta
The Dragon’s Nest
Shanghai, the City and the Event
Map Guide
Plan of the Expo Site
Location of?Pavilions

National Pavilions. Of the 189 countries participating at Expo Shanghai 2010 – many of them gathered in joint pavilions – twelve of them stand out for their architecture: the striped wicker basket of Spain; the elegant stone latticework that wraps a vertical garden in?France; the two cylinders covered by an Alpine prairie of Switzerland;?the furry bank of seeds of the United Kingdom; the sinuous optimistic neighborhood of the Netherlands;?the structure in unstable balance of Germany;?the bold loop for bicycles that custodies The Little Mermaid of Denmark; the folded volumes punctured with a pattern inspired by the traditional craftsmanship of Poland; the huge bowl clad in scales of Finland; the dunes of golden metallic sheet of the United Arab Emirates; the music box of Singapore; and the colorist typographical landscape of South Korea.

Installation or Sculpture. A retrospective exhibtion of the London-based Indian sculptor Anish Kapoor covers his career at the Guggenheim; and the Californian Doug Aitken presents an architectural videoinstallation in Tiber Island.

Castilian Reviews. Two of the most polemical young Madrid architects comment one another’s recent works:?Ocaña the artisanal refurbishment by Chinchilla, and Chinchilla the thematic residential complex by Ocaña.

10x10, Third Release. With five-year intervals Phaidon presents its selection of 100 architects chosen by ten critics;?furthermore, landscape and picturesqueness, critique of art or its spaces, and Iberian cultural heritage.

News in Manhattan. A luxury apartment building in?Chelsea makes the most of its orientation to shine out while overlooking the Hudson;?an old railway line is reinvented as elevated promenade in the Meatpacking District;?and across from the Foundation Building of the Cooper Union rises a new academic volume with a dynamic atrium that makes its way out on to the facade.

To close, Alejandro Aravena reflects upon the effects on construction and urbanism of the earthquake that hit Chile in the past month of February 2010;?though the tremor reached an 8.8 on the Richter magnitude scale, the number of victims was relatively low because of the country’s pragmatic earthquake regulations, which are based on relative optimums.

The Shanghai Expo proposes extending Carnival to Lent. When most of the world is still suffering from the effects of the financial crisis, and the whole of it faces the impact of climate change and the mutations of the economic, energy and territorial model that circumstances impose, China once again amazes the planet with the largest Fair ever, an XL?event that shows the robust muscle of the Middle Kingdom. Two years after the Beijing Games, this economic Olympiad backs the financial and logistic centrality of Shanghai with an investment in infrastructures – a new airport terminal, a highway network, 250 kilometers of subway and a remodelled riverfront – which exceeds 30,000 million euros, aside from 3,000 million (more than twice that of the Games) in the Expo itself, which takes up a surface twenty times larger than that of Zaragoza and hopes to receive between 10 and 15 times more visitors than the Fair held there in 2008.

This colossal Expo, which breaks the record of participation with 189 countries, gathers scores of temporary pavilions – from the wavy, calligraphic wicker scales that represent Spain to the cyclist loop of Denmark, the golden dunes of the Emirates, the pixelled typography of Korea or the suggestive and lyrical British cathedral of seeds – all in the shadow of the huge permanent construction of the host country: a bright red inverted pyramid that stacks prismatic pieces to recall with its megastructure the traditional wood construction. Tradition is, however, somewhere far in this city bristling with skyscrapers, which grows at an unstoppable pace, and whose violent dynamism blurs the traces of the past just as it has moved 55,000 people to free up the plot for the Expo on the banks of the Huangpu River, showing that the friendly motto of the event (‘better city, better life’), is not incompatible with the ruthless expediency of its government.

But this planetary event, whose size challenges the increasing irrelevance of universal expositions – superseded in their commercial dimension by the hyperlinked global market, and in their recreational aspect by the contemporary industry of spectacle –, is today above all a vehicle of patriotic pride, and with it China asserts its new place in the world:? the choral presence of nations is an acknowledgment of China’s rise, while showing the desire to promote their own ‘country-brand’ in that huge market. Within China, the Expo also reflects the vigor of Shanghai’s elites – advocates of a free economy and an affirmative foreign policy – in contrast with the cautious populism that president Hu Jintao and premier Wen Jiabao represent in Beijing: after all, global governance – from monetary and financial stability to climate change agreements – may perhaps depend on the internal balance in?China between the pyrotechnics of Carnival and the vigil of Lent.