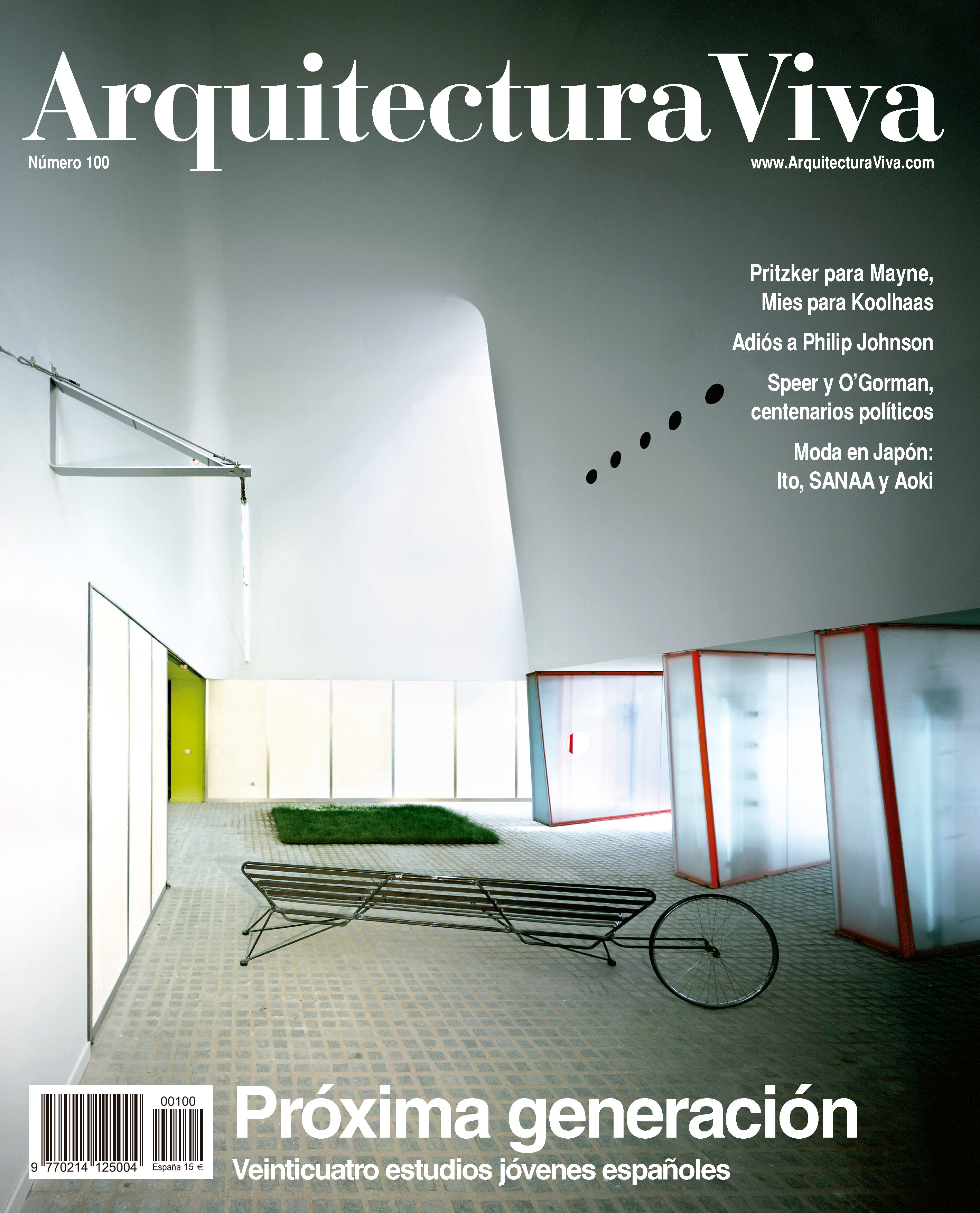 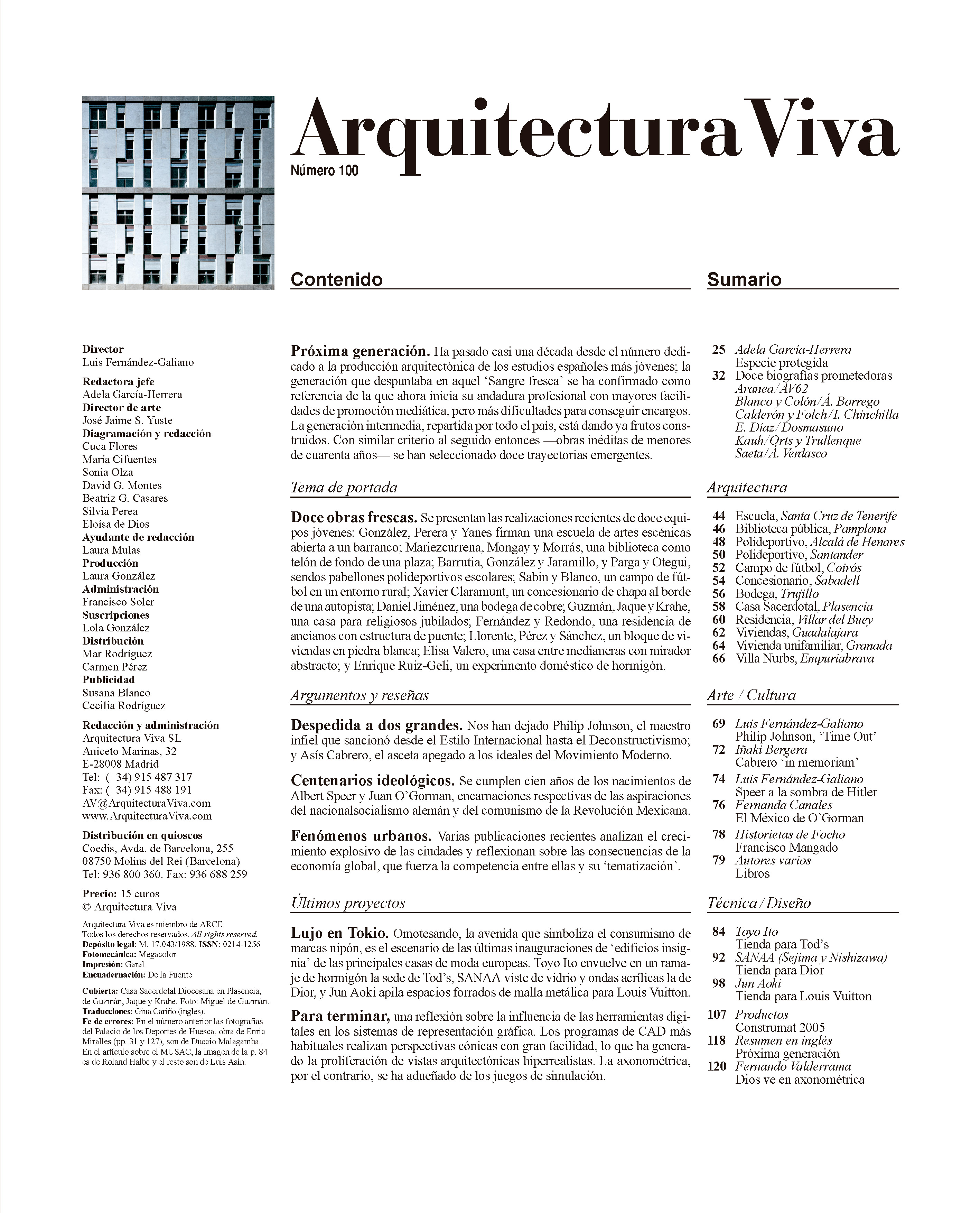 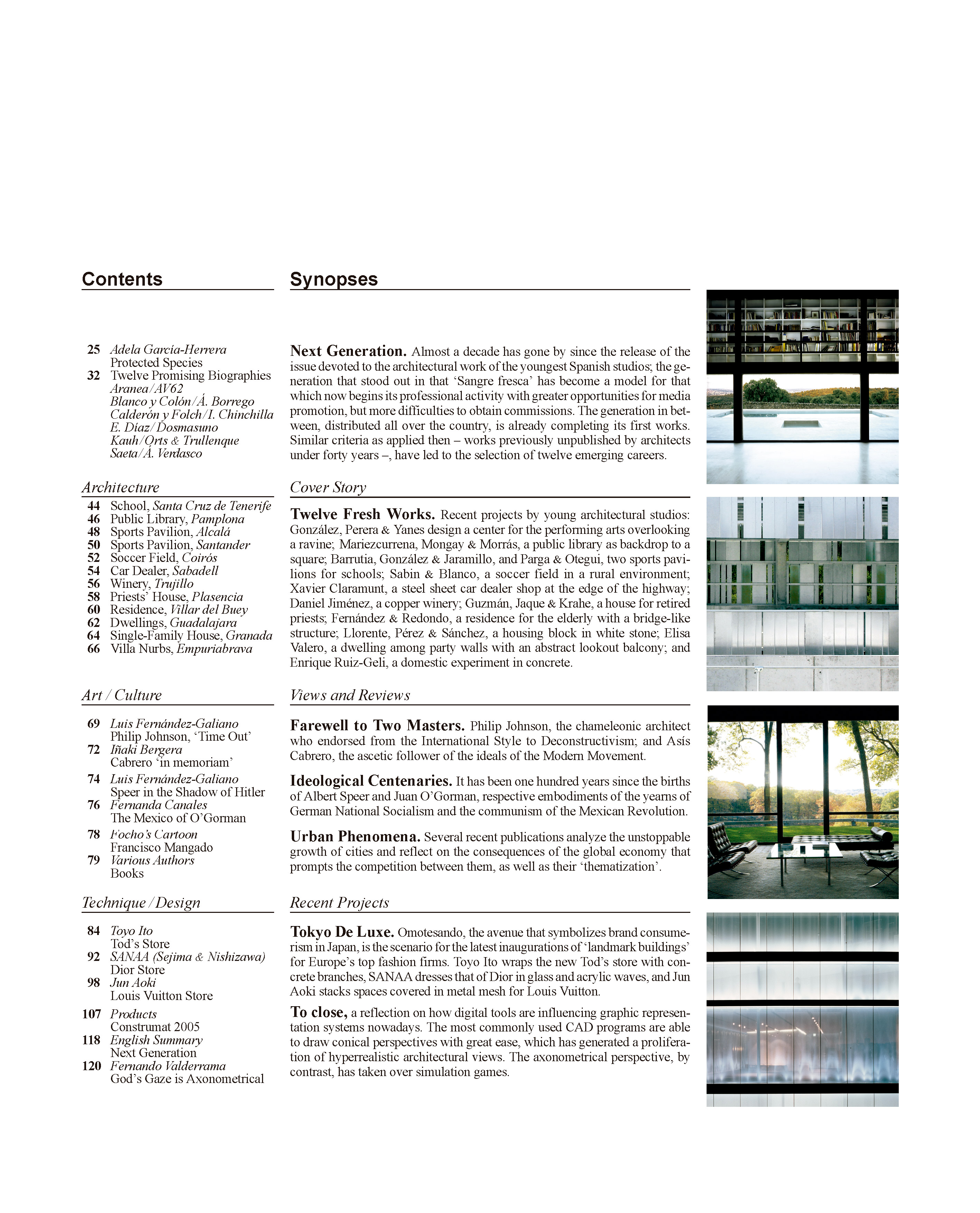 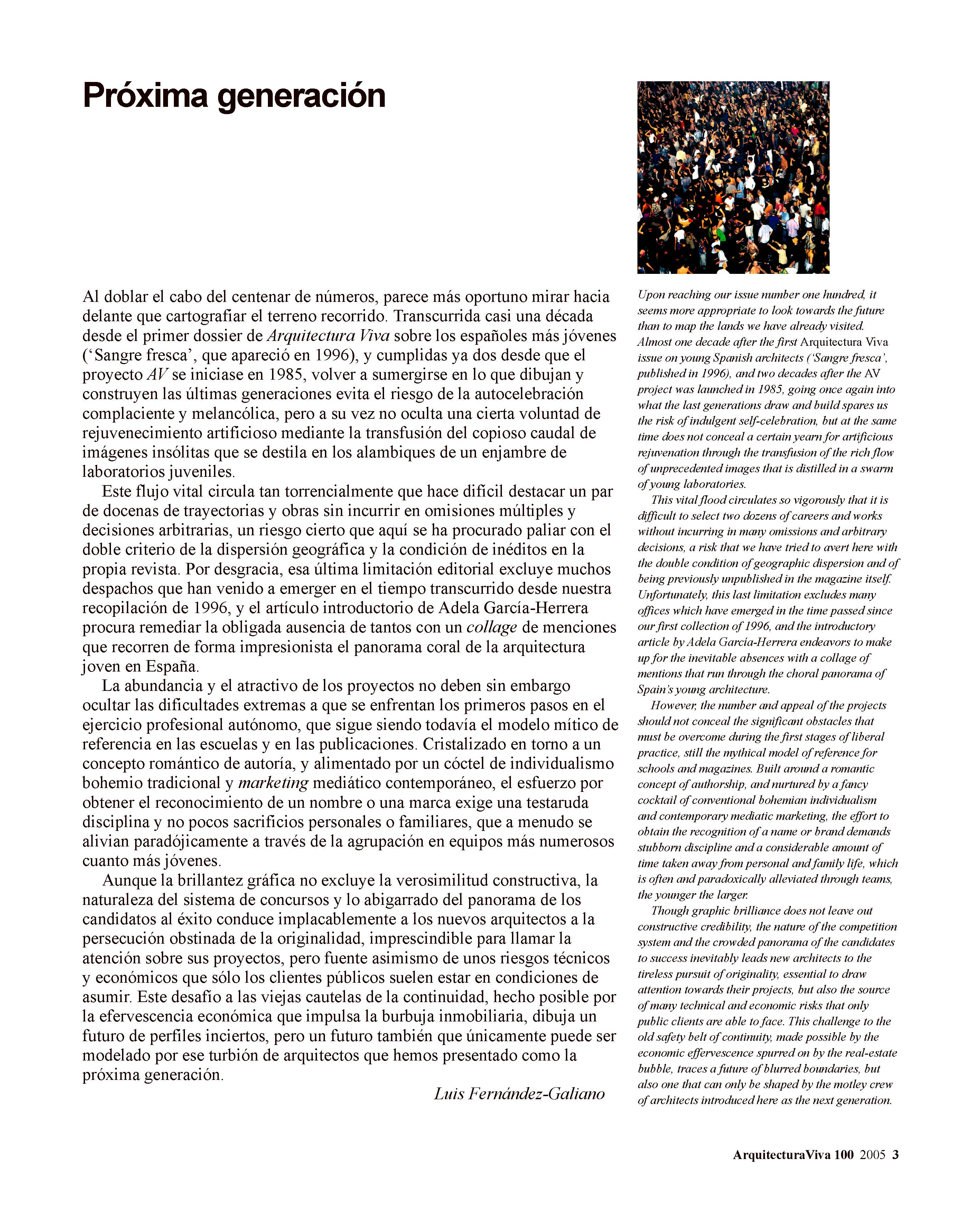 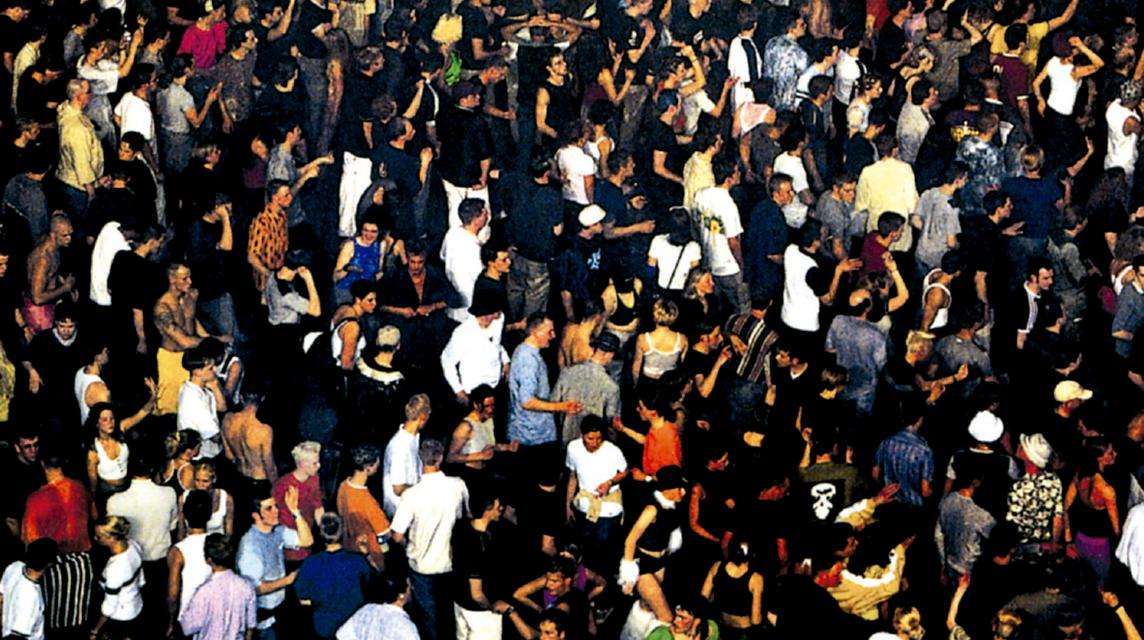 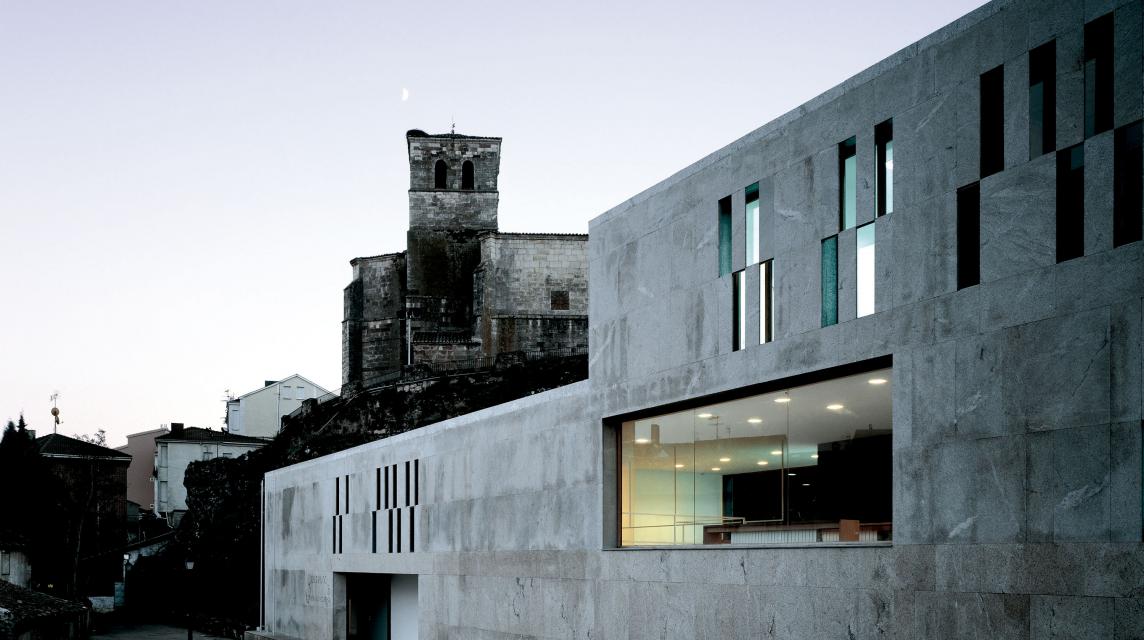 Adela García-Herrera   Almost ten years after its first issue on young Spanish architecture, Arquitectura Viva takes a new look at what the latest generation of professionals are thinking and building. The cover of that issue, which was titled ‘Fresh Blood,’ was a poetic i 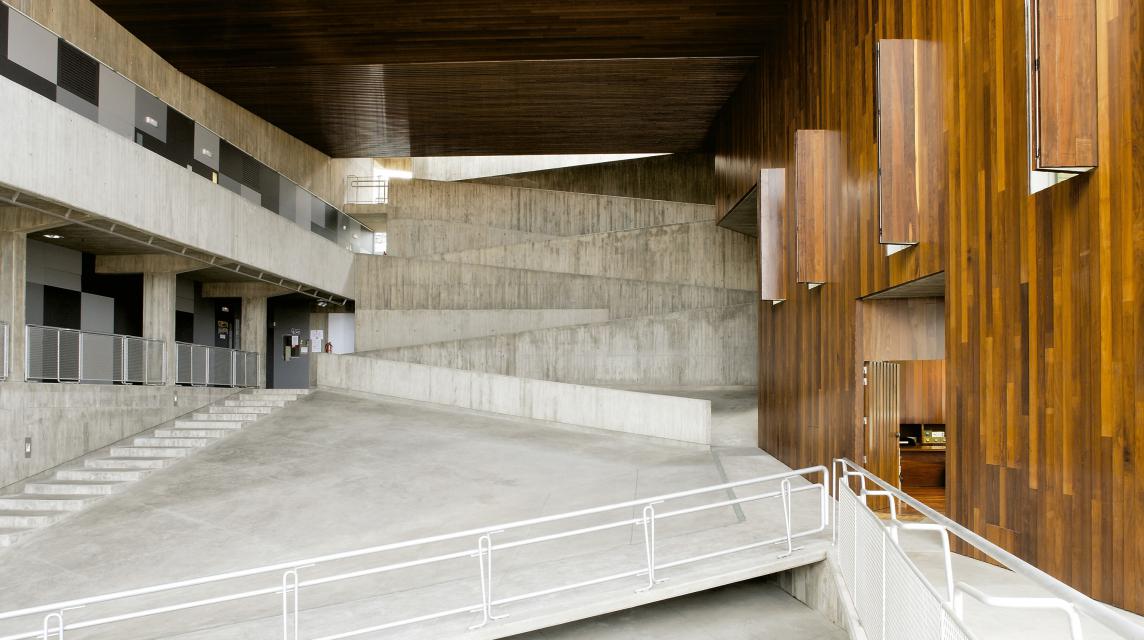 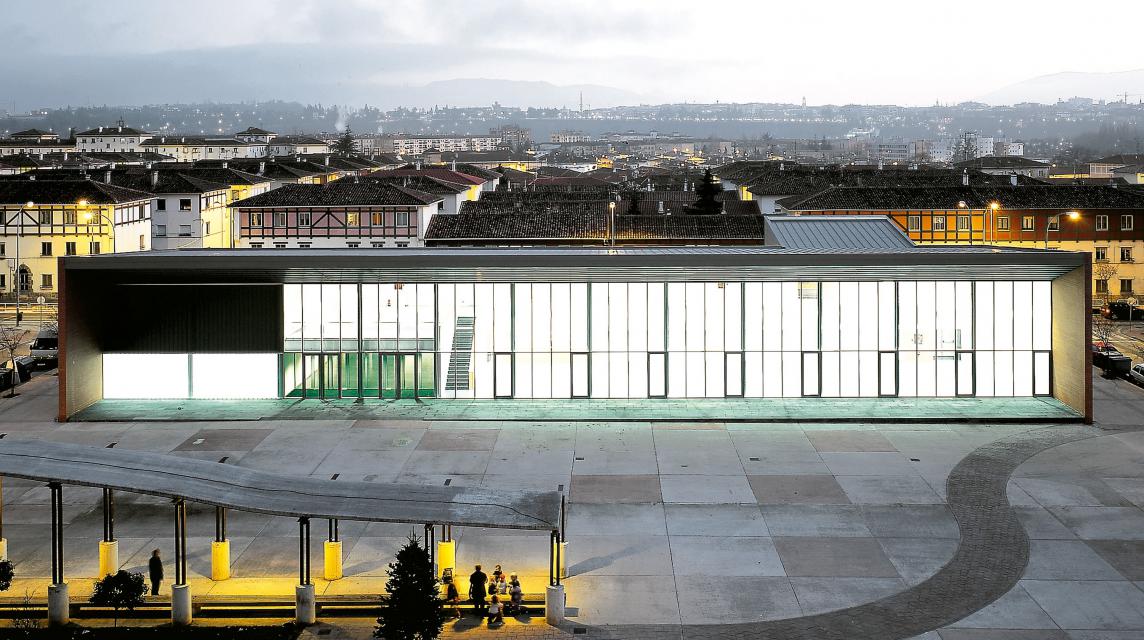 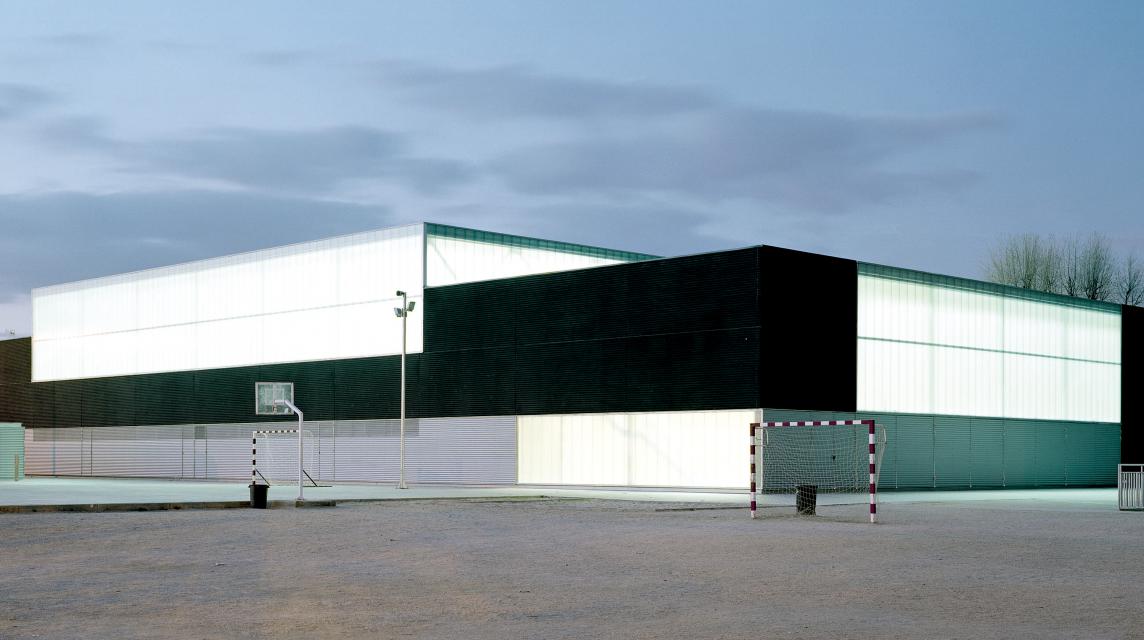 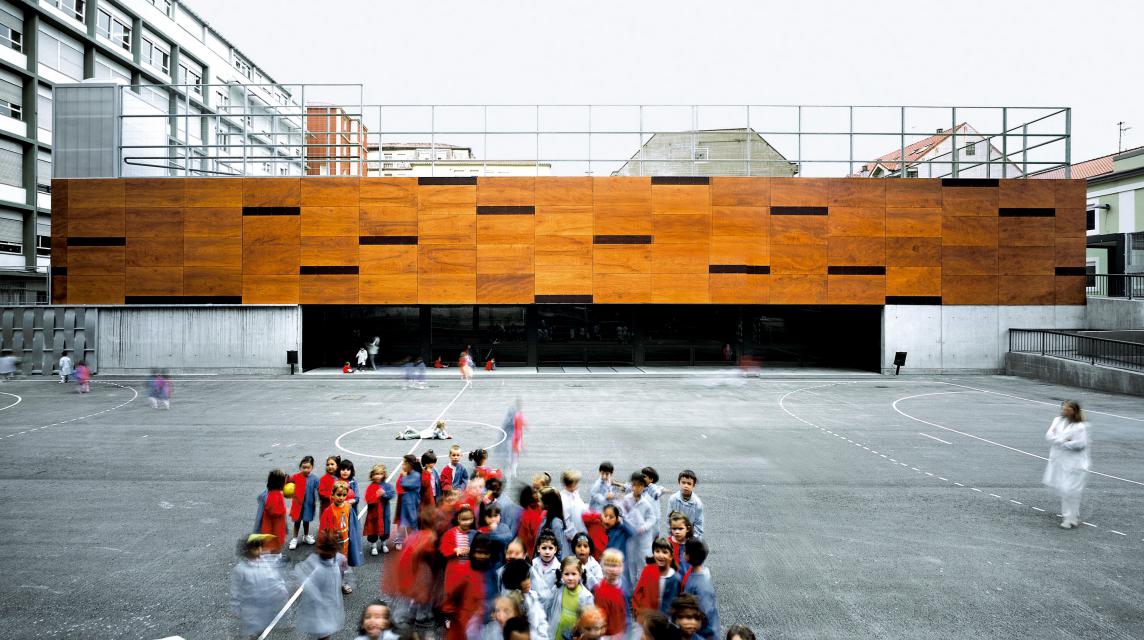 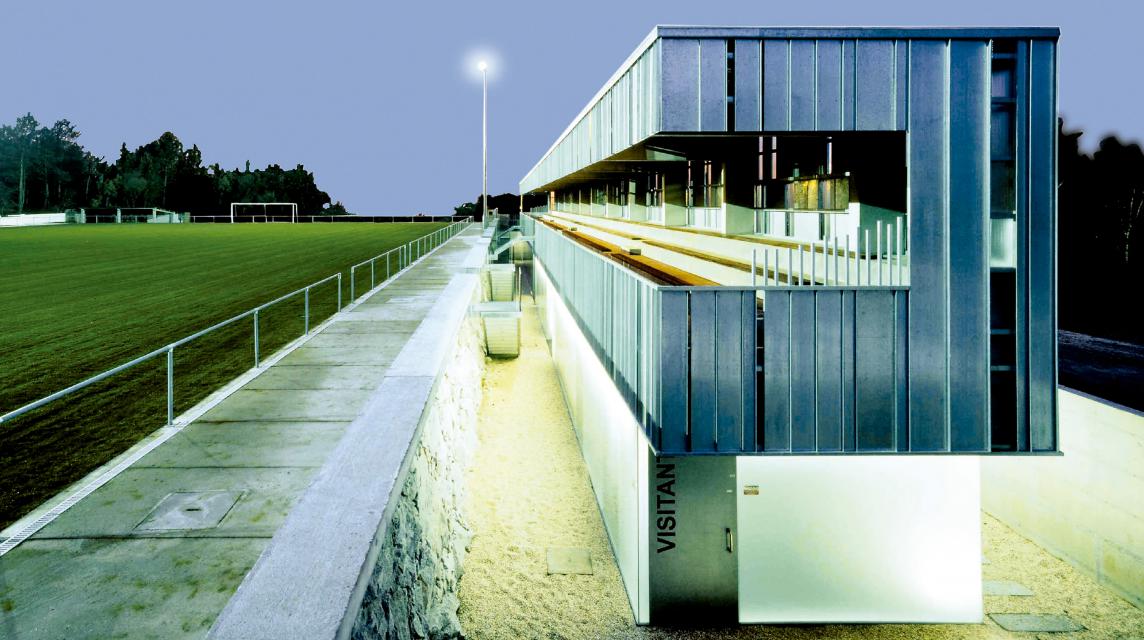 Soccer Field in Coirós, A Coruña 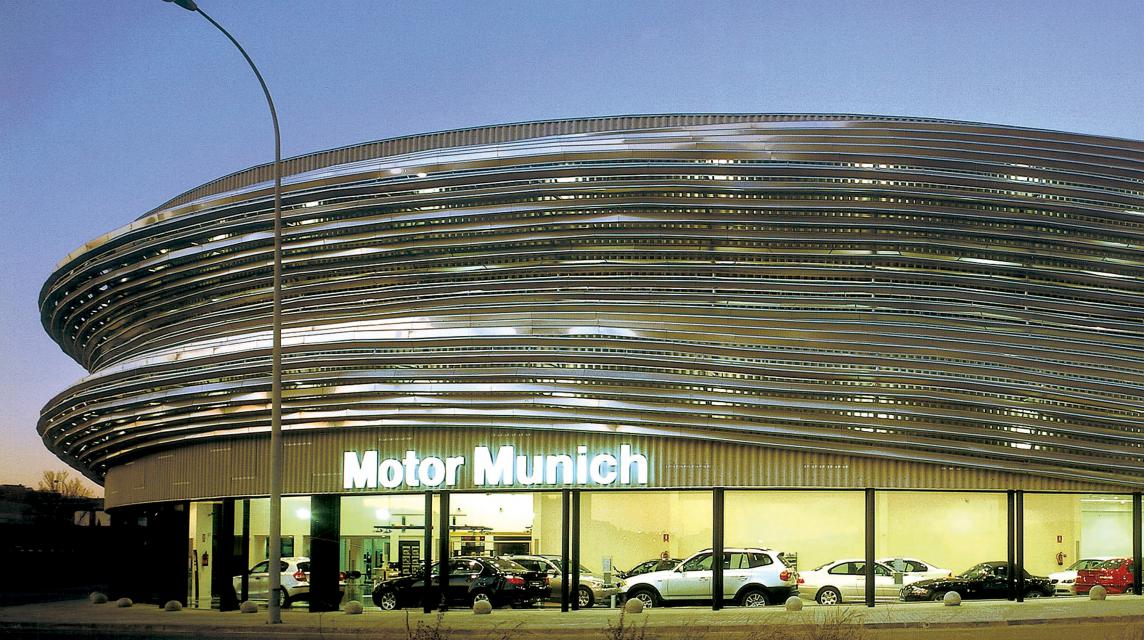 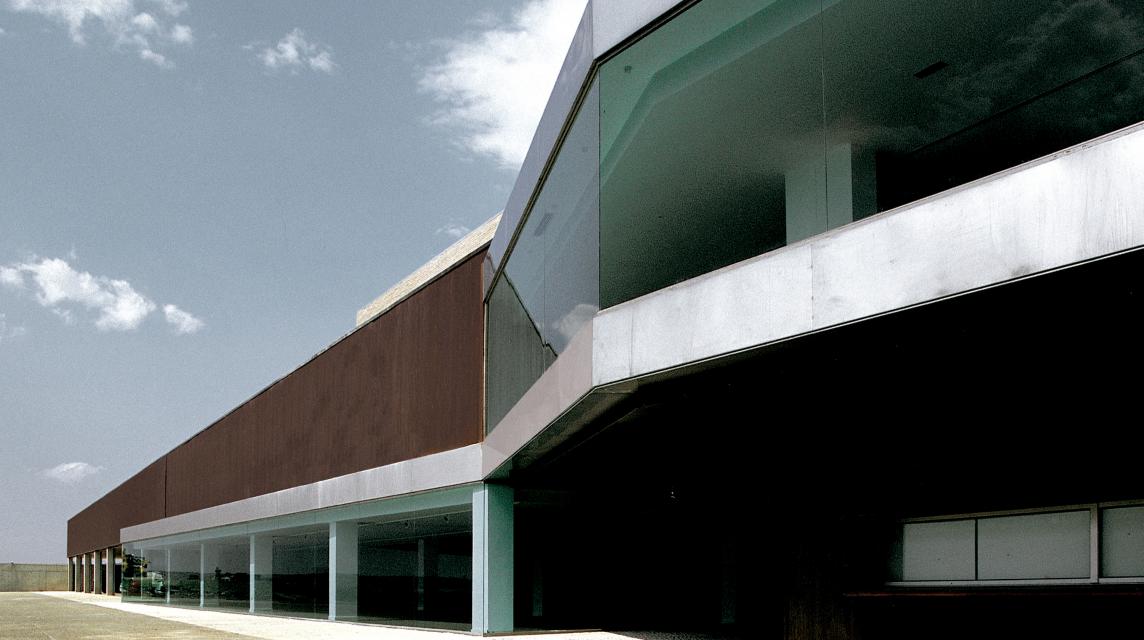 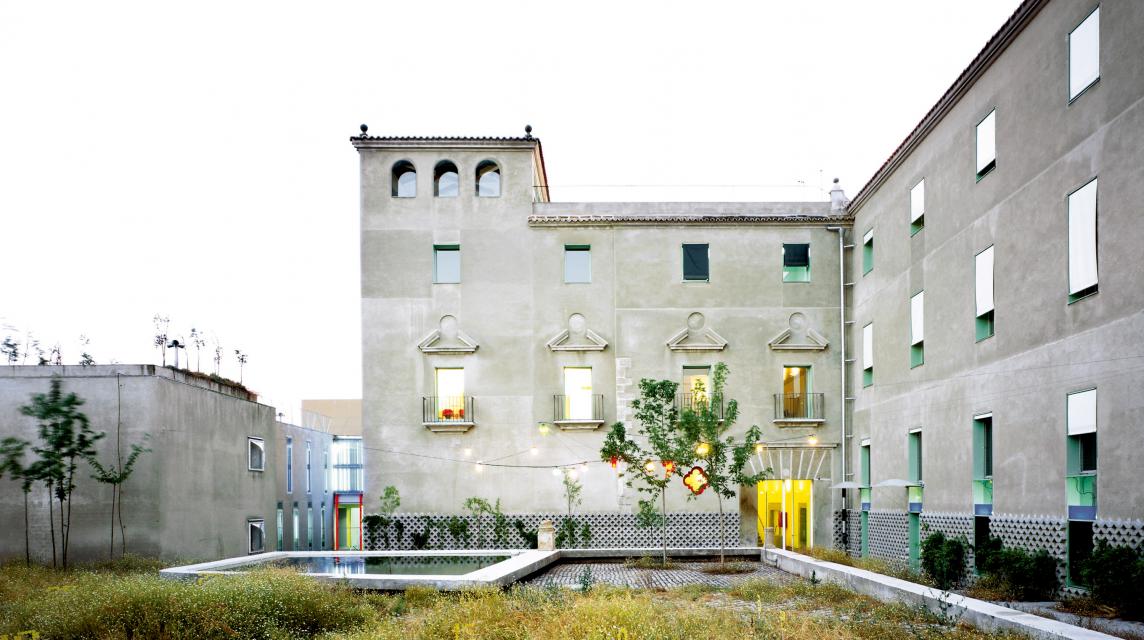 Cloud 9   Spain   With 35 kilometers of canals Empuriabrava is the largest residential marina in Europe. Born around 25 years ago, the area was especially attractive because it was possible to dock the boat in front of the house and park the car on the opposite facade

Luis Fernández-Galiano   The genius was Hitler. Albert Speer, his architect and confidante, was only or above all anefficient technocrat who with models and buildings managed to give shape to the Führer’s visionary dreams. The well-to-do, cultured young man who converted to

Juan O’Gorman, from Functionalism to Muralism

Luis Fernández-Galiano   Philip’s dead.” Peter Eisenman need not say the surname. We both know whom he is talking about. For half a century Philip Johnson has been so big in the New York architectural scene that everyone simply calls him Philip. I am surprised when Peter cal

SANAA   Japan   The flagship store of the French fashion, beauty, and haute couture firm is a pristine white box that rises as a freestanding volume in Omotesando, one of the main and most exclusive commercial districts of Tokyo. The building, designed ex profeso to

Next Generation. Almost a decade has gone by since the release of the issue devoted to the architectural work of the youngest Spanish studios; the generation that stood out in that ‘Sangre fresca’ has become a model for that which now begins its professional activity with greater opportunities for media promotion, but more difficulties to obtain commissions. The generation in between, distributed all over the country, is already completing its first works. Similar criteria as applied then – works previously unpublished by architects under forty years –, have led to the selection of twelve emerging careers.

Twelve Fresh Works. Recent projects by young architectural studios: González, Perera & Yanes design a center for the performing arts overlooking a ravine; Mariezcurrena, Mongay & Morrás, a public library as backdrop to a square; Barrutia, González & Jaramillo, and Parga & Otegui, two sports pavilions for schools; Sabin & Blanco, a soccer field in a rural environment; Xavier Claramunt, a steel sheet car dealer shop at the edge of the highway; Daniel Jiménez, a copper winery; Guzmán, Jaque & Krahe, a house for retired priests; Fernández & Redondo, a residence for the elderly with a bridge-like structure; Llorente, Pérez & Sánchez, a housing block in white stone; Elisa Valero, a dwelling among party walls with an abstract lookout balcony; and Enrique Ruiz-Geli, a domestic experiment in concrete.

Farewell to Two Masters. Philip Johnson, the chameleonic architect who endorsed from the International Style to Deconstructivism; and Asís Cabrero, the ascetic follower of the ideals of the Modern Movement.

Ideological Centenaries. It has been one hundred years since the births of Albert Speer and Juan O’Gorman, respective embodiments of the yearns of German National Socialism and the communism of the Mexican Revolution.Luis Fernández-Galiano
Speer in the Shadow of Hitler
Fernanda Canales
The Mexico of O’GormanUrban Phenomena. Several recent publications analyze the unstoppable growth of cities and reflect on the consequences of the global economy that prompts the competition between them, as well as their ‘thematization’.
Focho’s Cartoon
Francisco Mangado
Various Authors
Books
Recent Projects

Tokyo De Luxe. Omotesando, the avenue that symbolizes brand consumerism in Japan, is the scenario for the latest inaugurations of ‘landmark buildings’ for Europe’s top fashion firms. Toyo Ito wraps the new Tod’s store with concrete branches, SANAA dresses that of Dior in glass and acrylic waves, and Jun Aoki stacks spaces covered in metal mesh for Louis Vuitton.

To close, a reflection on how digital tools are influencing graphic representation systems nowadays. The most commonly used CAD programs are able to draw conical perspectives with great ease, which has generated a proliferation of hyperrealistic architectural views. The axonometrical perspective, by contrast, has taken over simulation games.Products
Construmat 2005
English Summary
Next Generation
Fernando Valderrama
God’s Gaze is Axonometrical

Upon reaching our issue number one hundred, it seems more appropriate to look towards the future than to map the lands we have already visited. Almost one decade after the first Arquitectura Viva issue on young Spanish architects (‘Sangre fresca’, published in 1996), and two decades after the AV project was launched in 1985, going once again into what the last generations draw and build spares us the risk of indulgent self-celebration, but at the same time does not conceal a certain yearn for artificious rejuvenation through the transfusion of the rich flow of unprecedented images that is distilled in a swarm of young laboratories.

This vital flood circulates so vigorously that it is difficult to select two dozens of careers and works without incurring in many omissions and arbitrary decisions, a risk that we have tried to avert here with the double condition of geographic dispersion and of being previously unpublished in the magazine itself. Unfortunately, this last limitation excludes many offices which have emerged in the time passed since our first collection of 1996, and the introductory article by Adela García-Herrera endeavors to make up for the inevitable absences with a collage of mentions that run through the choral panorama of Spain’s young architecture.

However, the number and appeal of the projects should not conceal the significant obstacles that must be overcome during the first stages of liberal practice, still the mythical model of reference for schools and magazines. Built around a romantic concept of authorship, and nurtured by a fancy cocktail of conventional bohemian individualism and contemporary mediatic marketing, the effort to obtain the recognition of a name or brand demands stubborn discipline and a considerable amount of time taken away from personal and family life, which is often and paradoxically alleviated through teams, the younger the larger.

Though graphic brilliance does not leave out constructive credibility, the nature of the competition system and the crowded panorama of the candidates to success inevitably leads new architects to the tireless pursuit of originality, essential to draw attention towards their projects, but also the source of many technical and economic risks that only public clients are able to face. This challenge to the old safety belt of continuity, made possible by the economic effervescence spurred on by the real-estate bubble, traces a future of blurred boundaries, but also one that can only be shaped by the motley crew of architects introduced here as the next generation.