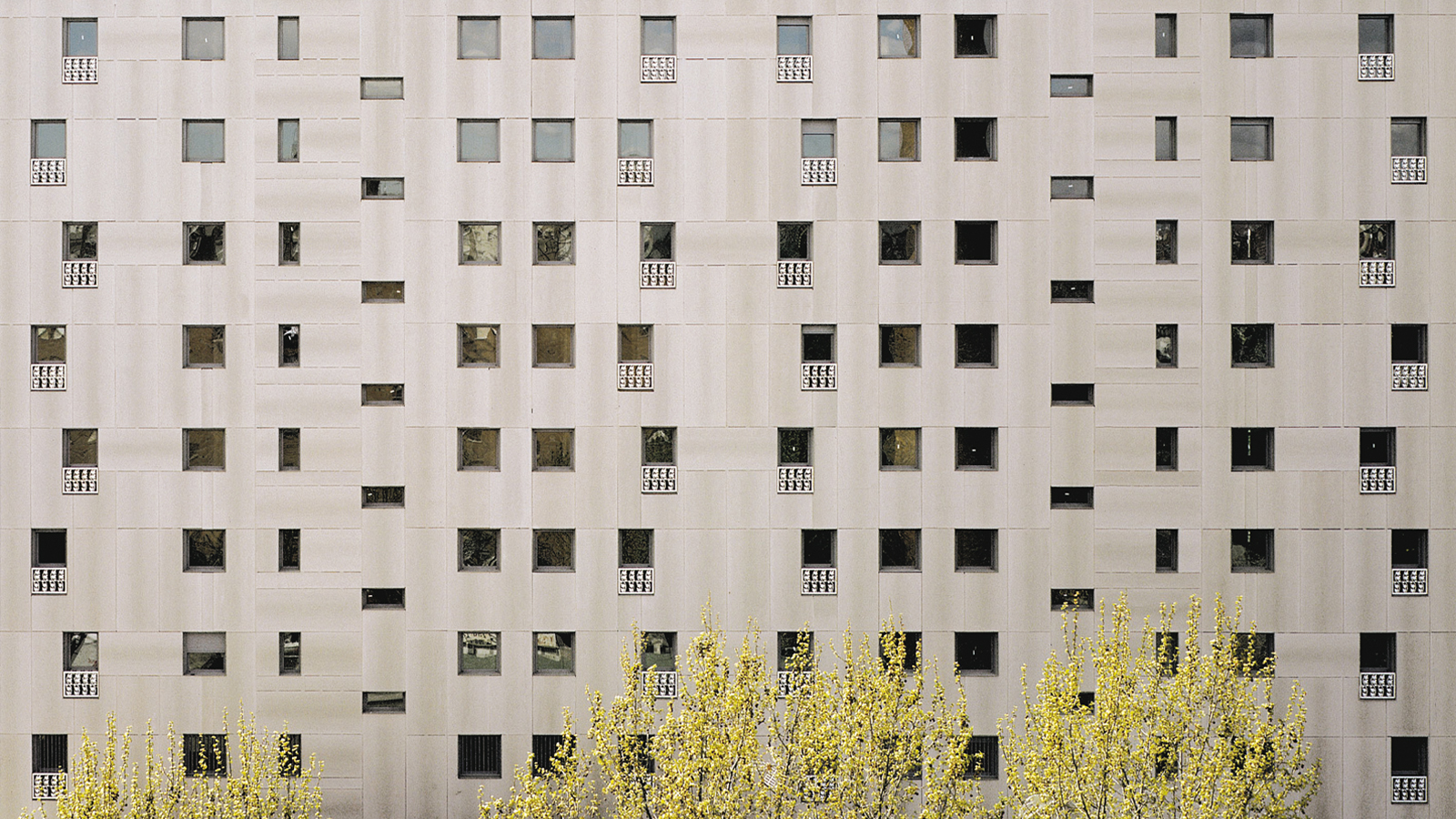 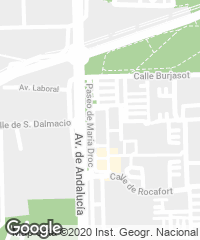 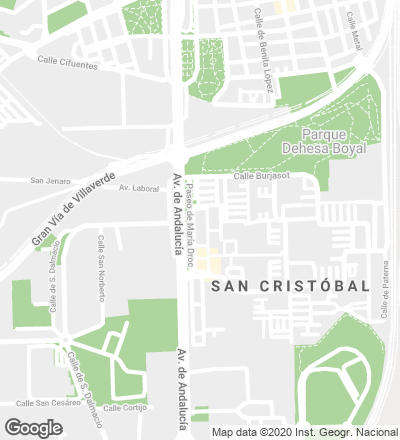 in the south of Madrid, began in 1959 and, ever since, several buildings (in most cases blocks of over ten floors) have seen how time has caused a severe deterioration in their structure. The problems, initially ascribed to the quality of the terrain – clays and mires from an underground branch of the Manzanares river –, extended to the management of the urban developments and to the building contractors involved. Almost forty years later, the current Empresa Municipal de la Vivienda (government housing agency), commissioned the reconstruction of a fourteen-story block by the highway of Andalucía. The volume, which had been demolished several years ago, was the fifth and last of a series of identical prisms, inserted in a consolidated urban pattern with large green areas and facilities. The project replaces the 52 existing dwellings, for rental only, in one new piece that maintains the previous height, width and volumetry, but adds different ingredients to the series by incorporating new design patterns, both formal and environmental. Its bold profile rises by the chimney of the old brick factory, once involved in the defficient development of the neighborhood. 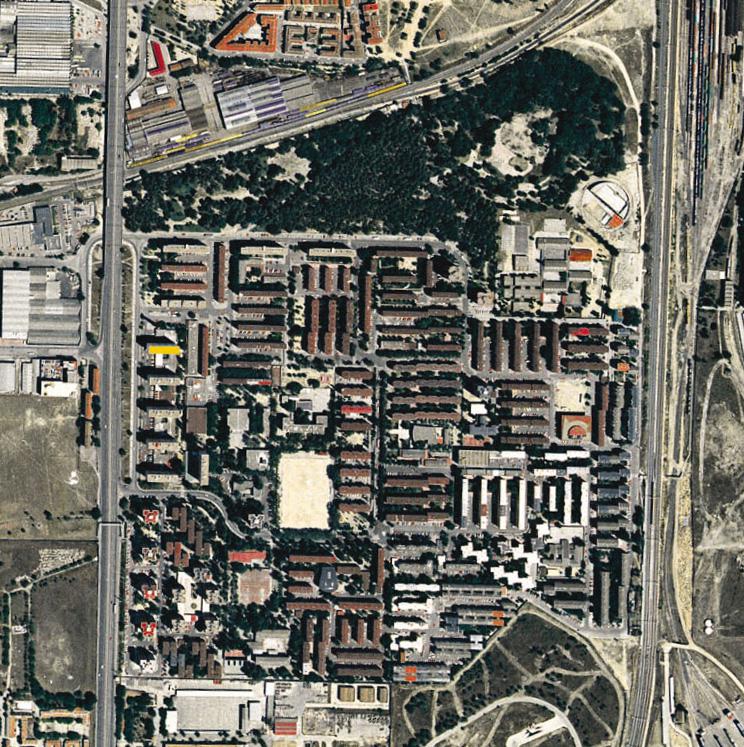 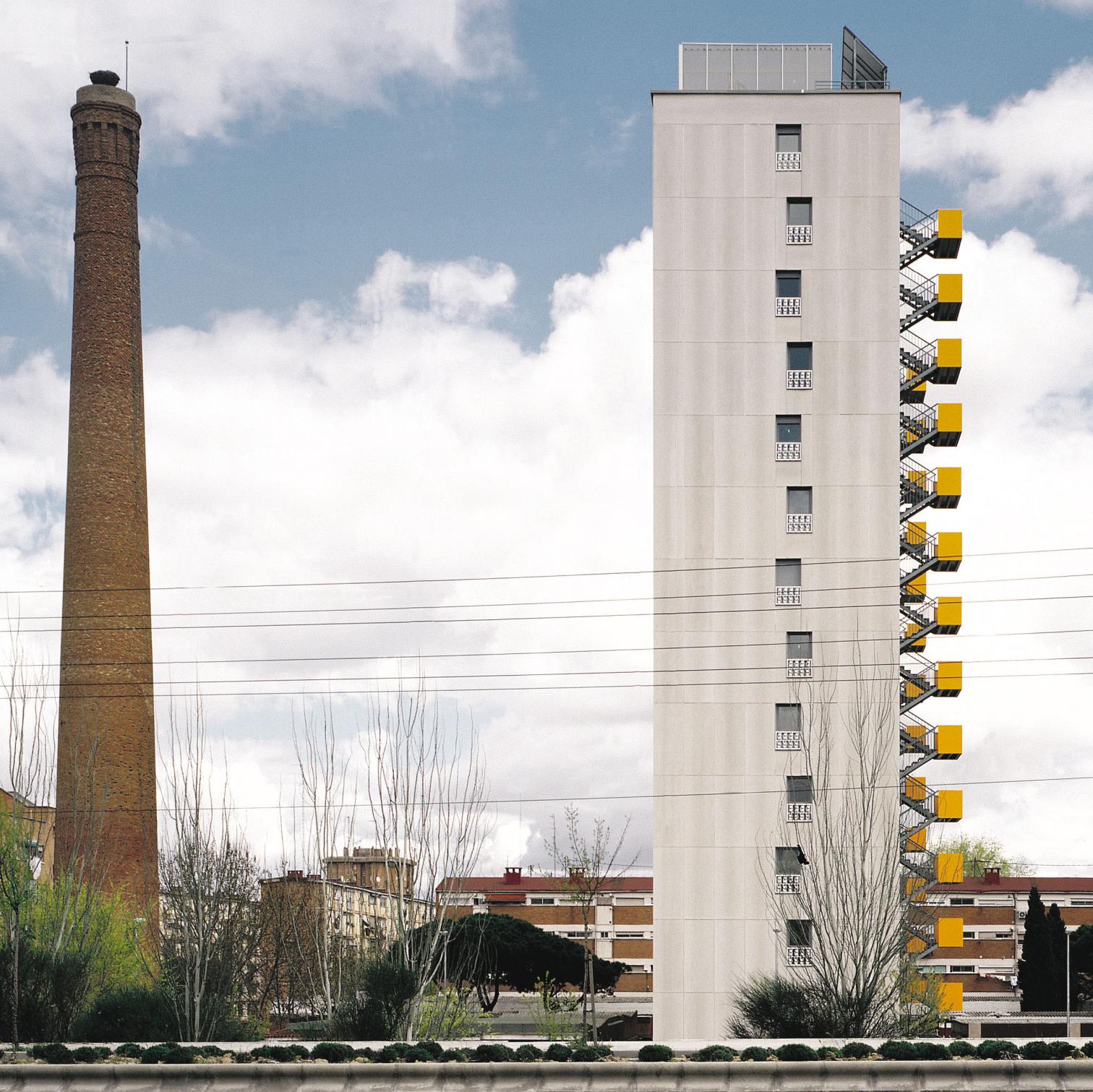 The block’s side facade rises towards the highway of Andalucía, and restores with identical volumetry and a renewed image (with prefabricated elements on facades and solar panels on the roof), a building demolished years ago.

Four units take up each floor placing living rooms and kitchens to the south, and two or three bedrooms, depending on each case, to the north, while a central core houses bathrooms and corridors. The dwellings are accessed through two vertical nuclei that double on each side both the regular and the fire escape staircases. The latter are separated from the facade showing the full series of yellow boxes that house the landings, so bringing out the building’s slenderness. The facade, flat and ventilated, is made of prefabricated cement panels. A light latticework rounds off the prism on the roof, revealing the solar panels and the systems that have been installed there.

The rough image conveyed by the cement panels is counteracted by the different arrangements and sizes of the windows, as well as by the floral motifs of lacquered sheet that decorate the window parapets. 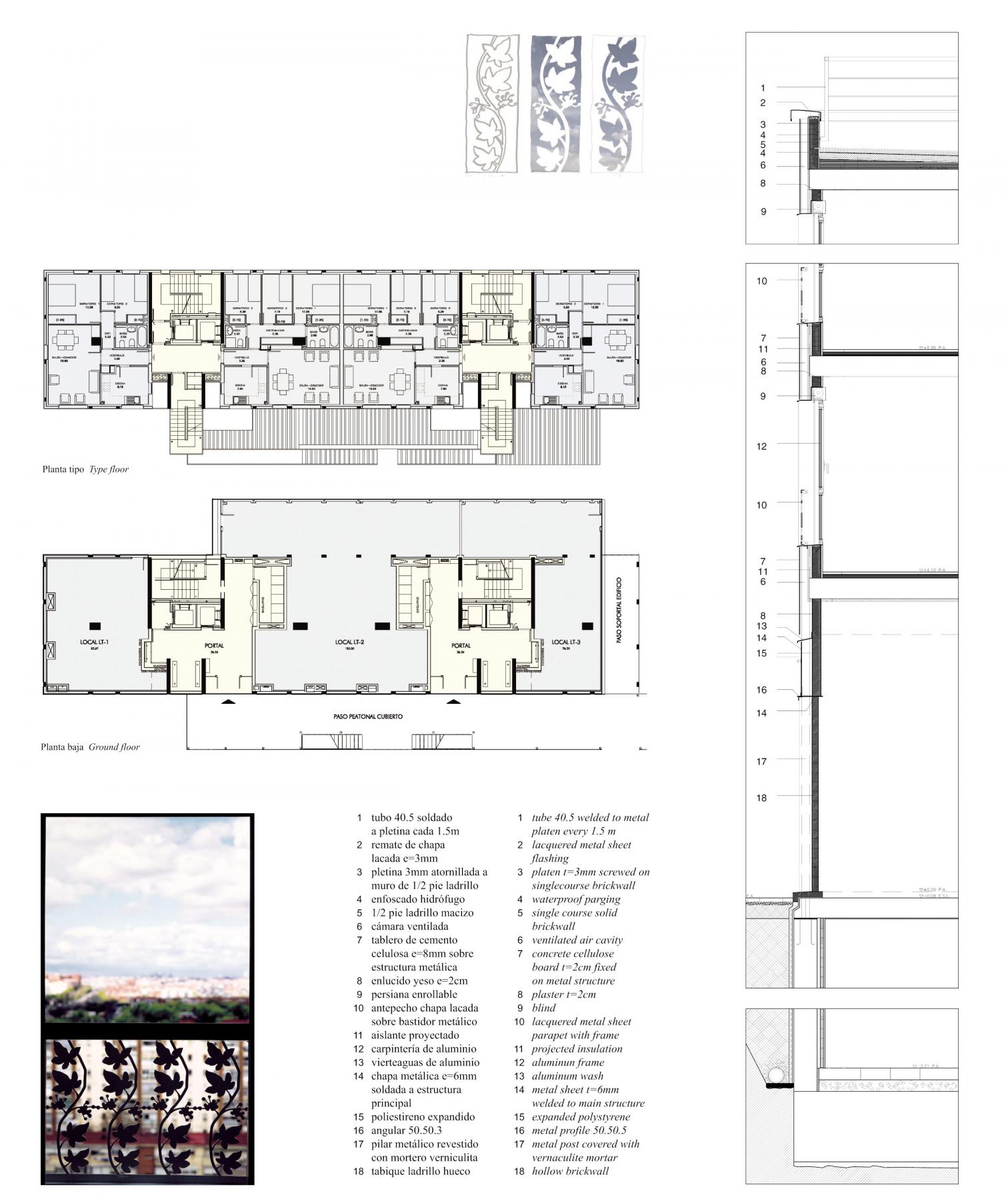 The windows reflect the domestic character of the program. In contrast to the apparently simple gray enclosure, which gives character and emphasis, the openings dot the facade with varied positions and forms. The parapets, of sheet lacquered in white, incorporate floral motifs that are the obverse and reverse of one same basic design. In this lower scale, the decoration of the windows and the color of the staircases filters towards the exterior the domesticity of their interior spaces, that belong to their tenants. 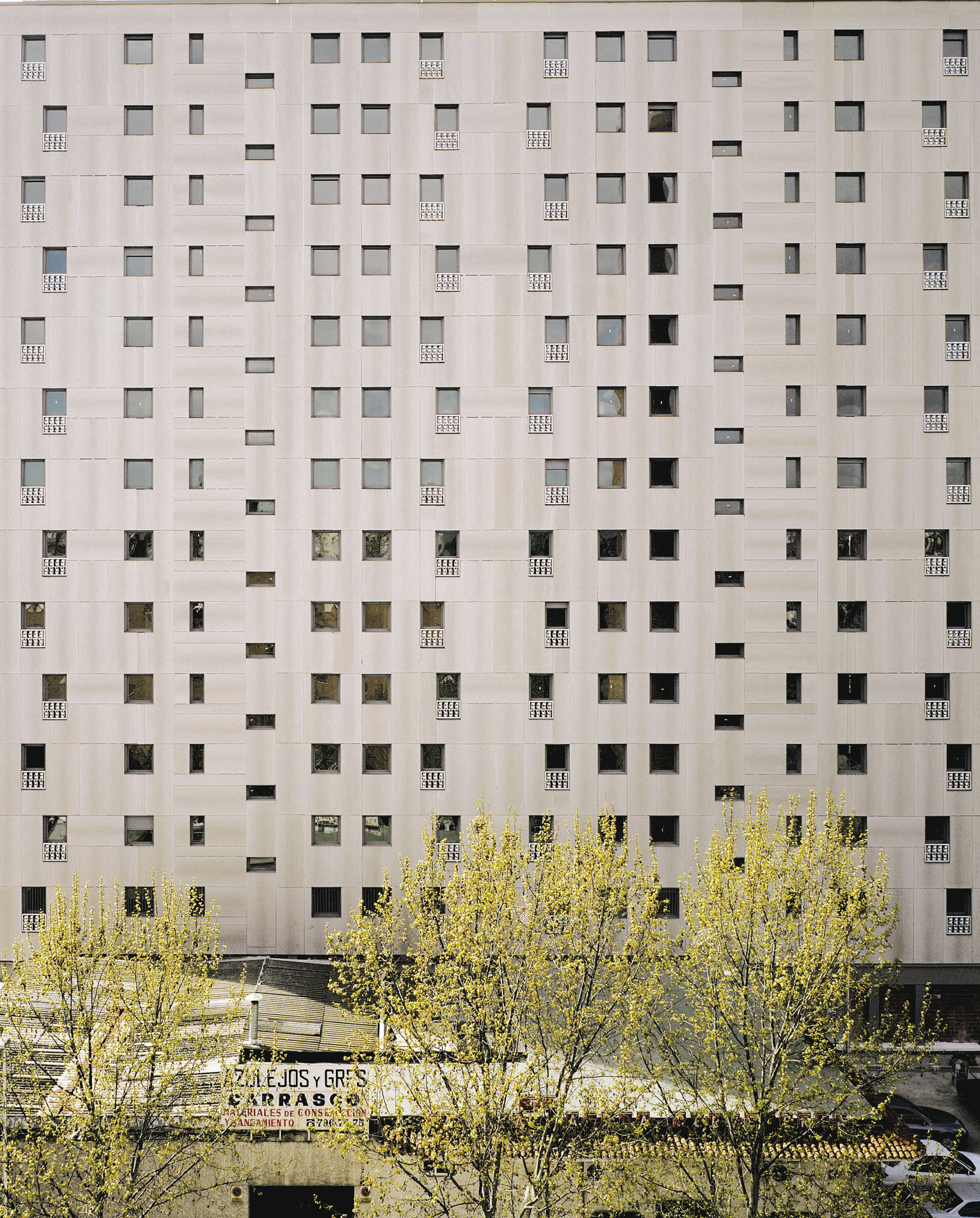 Joan Pascual   Spain   In the district of Nou Barris, in the north of Barcelona, the City Council is promoting a series of measures – public parks, equipments, social housing – aimed at correcting its lack of collective facilities, something common to all the residential a

Víctor López Cotelo   Spain   A few minutes from the Plaza del Obradoiro, Santiago de Compostela breaks into an array of scattered constructions which show the agricultural and stockbreeding activities that still go on in its close surroundings. On this borderline, where country

García Solera for the Elderly in Benidorm

Paredes Pedrosa Arquitectos   Spain   The project assesses the character that a housing scheme of this kind must have, and how it must relate to the urban landscape, to the park, and to the roads around it. The task is not just to comply with social housing requirements, but also to stud

Miguel Ángel Campo Roberto Ercilla Francisco Mangado   Spain   Aktur Lakua– a macrosector on the periphery of Vitoria which was conceived at the end of the seventies – is the yet undefined area chosen to build 168 social houses. Its streets are barely supplied with the basic urban installations and the facilitie