Architecture can build pluralism. In a world shattered by the tension between globalization and nationalism, the built environment can provide stages for this conflict to be choreographed, bridging the gap between the cosmopolitan and the local through dialogue and compromise. The impact of mass migration has altered the social and political landscape of many western democracies, from the US to the European Union, where the Brexit vote has been the most dramatic expression of the widespread unease that is menacing its institutional cohesion. Indentity-based nationalism is on the rise, and plurality is increasingly perceived as a risk rather than as a richness. But political pluralism is the only hope of survival in this sea of troubles, and its privileged scenario is the polis, where top-down policies and bottom-up participation converge. Winston Churchill wrote that “we make buildings, and thereafter buildings make us,” and the same could be said of the spaces of the city, which we design only to realize that in the end they shape the forms of our communities, favoring or difficulting the interaction between cultural or ethnic groups. So architecture can build pluralism providing plural spaces, places that promote diversity and create a common ground for our living together. 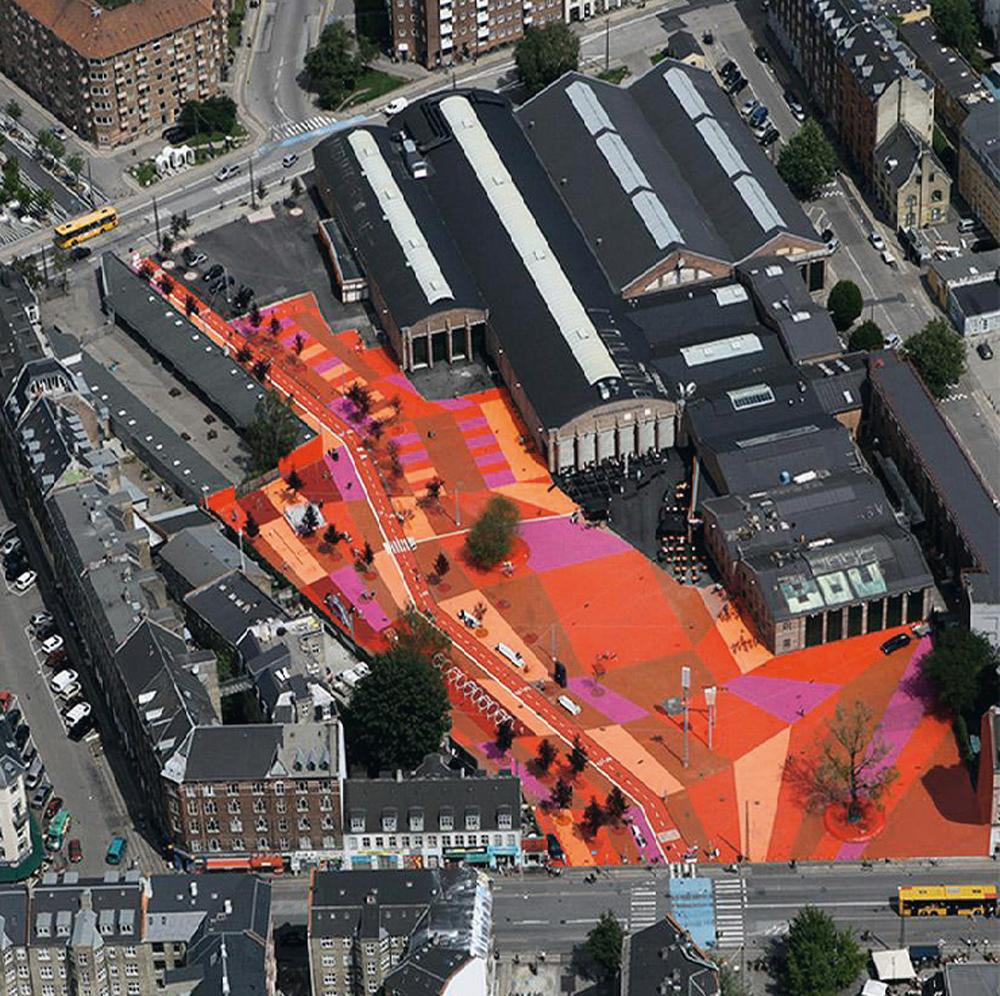 The award ceremony took place in Al Jahili Fort, an important historic structure in the heart of Al Ain, in the United Arab Emirates, and was presided by the Prime Minister of the country and by the Aga Khan. 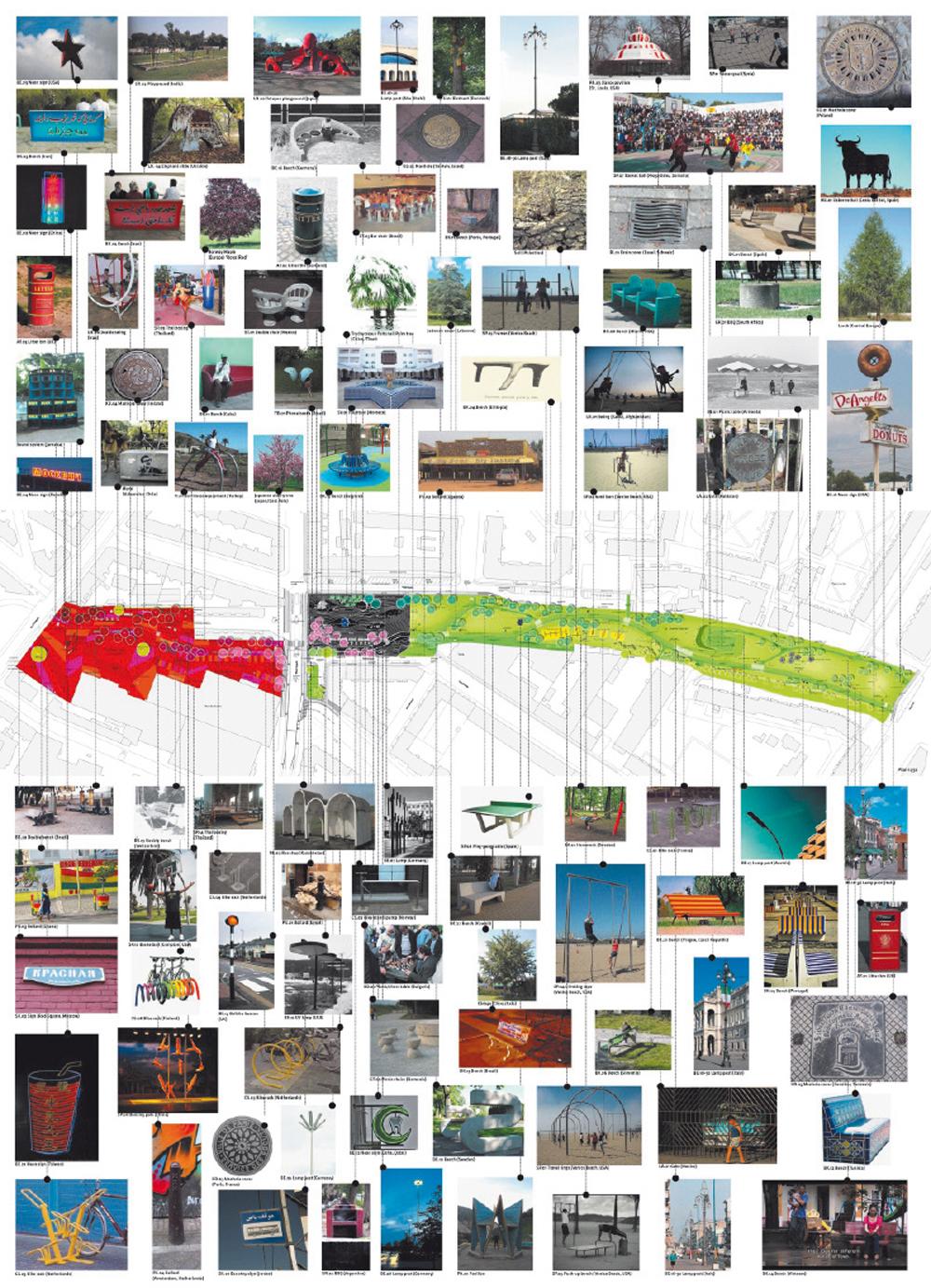 The Aga Khan Award for Architecture has celebrated these spaces for pluralism in the past, and in fact its structure is designed to bring into dialogue a plurality of approaches springing from the diverse geographic or cultural backgrounds. Far from exclusively distinguishing major works from major architects, the Award has brought together skyscrapers and mud huts, heritage and innovation, iconic buildings by prestigious offices and humble achievements by anonymous craftsmen.

Beyond the pluralism of the Award itself, there are always some projects that manage to embody plurality in an exemplary manner, and this is the case of Copenhagen’s Superkilen, an urban park in a socially conflictive and culturally diverse district of Denmark’s capital city. As is well known, the country is so admired worldwide that many consider it a social and political model worthy of emulation, and advocate following its example. Francis Fukuyama, in The Origins of Political Order, goes as far as proposing ‘getting to Denmark’ as the challenge that most democracies face today, perceiving the Scandinavian country as a particularly successful institutional arrangement. However, of late, the lack of integration of different immigrant cultures has created significant tensions in Danish society, exacerbated, since the cartoon controversy in 2005, with widespread Muslim unrest and the unhappy rise of xenophobic, populist movements. In this context, the completion of the Superkilen through the efforts of the architects of BIG, the landscape designers Topotek and the artist group Superflex is a colossal achievement, because it faces head-on, with stupendous imagination and user participation, the current dilemmas of immigration-shocked European societies, and finds an answer in pluralism.

In a country now sadly tarnished by Islamophobia – no different from the deep xenophobic, anti-immigration currents that are slowly eroding the foundations of the European Union, but that here have violently come to the surface with the anit-mosque campaigns of the Danish People’s Party – Copenhagen’s Superkilen is a phenomenal antidote, transforming a dangerous area into a mix of amusement park and world fair of urban objects curated by the neighbors, creating public space for diverse identities, highlighting plurality and addressing political conflicts and social controversies with the weapons of bold creativity, daring humour and participatory design, thus knitting a web of emotional connections that gives a sense of belonging, empowers the community and endows everyone involved with a feeling of pride. If architecture can breed pluralism, surely this is a fine example that should inspire others. The aesthetic imagination and social awareness shown by Superkilen is a tribute to the architects and artists who designed it with the residents, and also to the clients, the City of Copenhagen and the philanthropic association Realdania. And the extraordinary success of the project is living proof that pluralism in the built environment can be a guiding thread in the labyrinthine paths that open up ahead of us in these troubled times.

El País   Luis Fernández-Galiano   White architecture for blackshirts: such has been the formulaic judgment of the work of Giuseppe Terragni, who after short of fifteen years of professional life left behind a tight bundle of masterful buildings that were at once modern and fascist. I

Luis Fernández-Galiano   Any description of the bright and dark work of RCR must resort to oxymoron. One may use geometric landscapes, weightless gravity or – as their projects were presented here in 2010 – rigorous romanticism: these antithetic terms express the tension bet