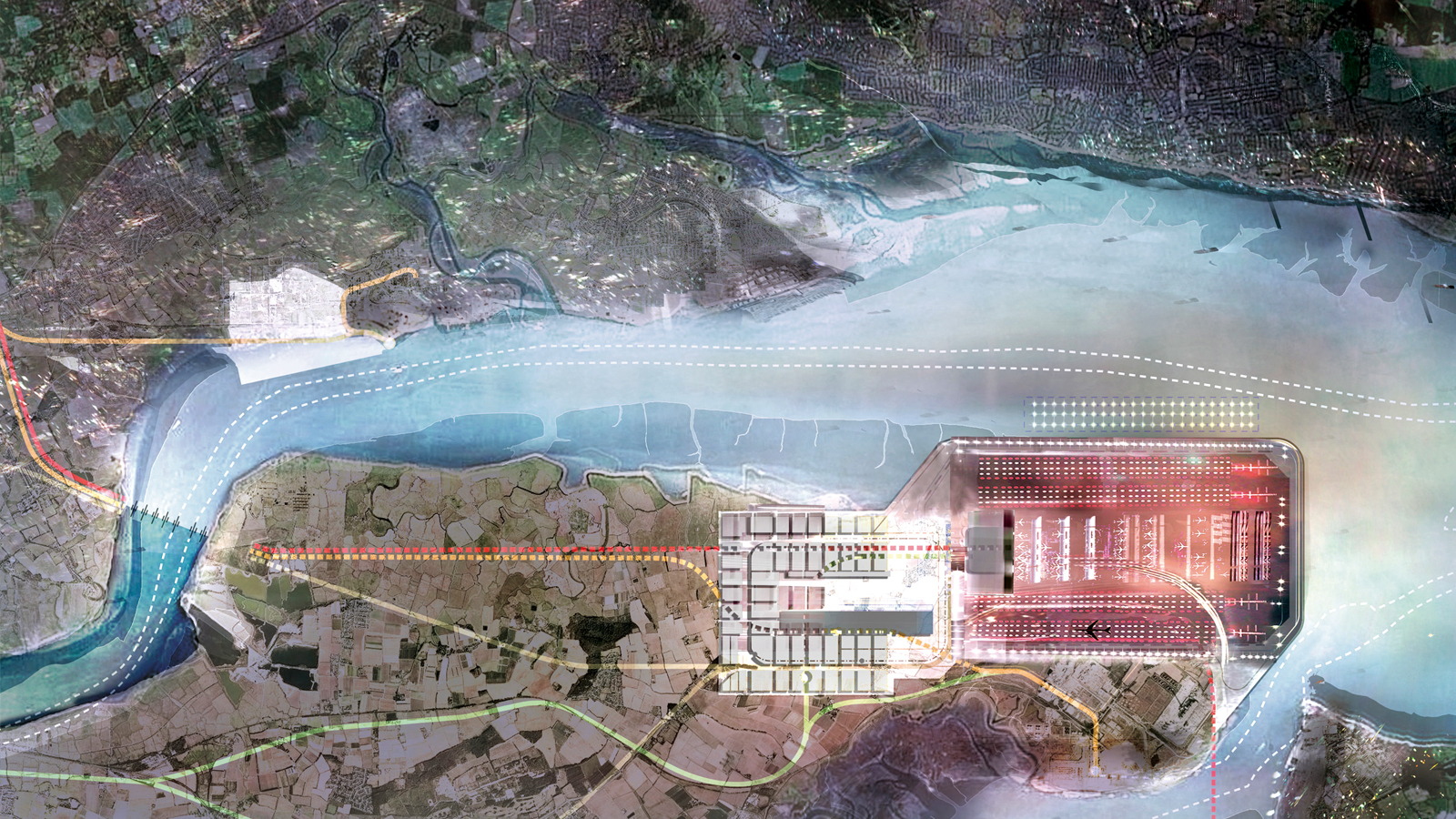 The Thames Hub vision is a bold new approach to future infrastructure development in Britain. It brings together rail, freight logistics, aviation, energy and its transmission, flood protection and regional development. It is unique for its scale and strategic cross-sector thinking. Recognising the synergies between these different strands, it reaps the benefits of their integration. In this way, Thames Hub is an opportunity to reassert Britain’s role as an international gateway for people, freight and communications.

Developed in the context of an environmental management strategy that minimises the impact of development, the proposal includes a transportation Spine running the length of the UK.

The vision includes a new orbital rail link around London, which would connect with a future high-speed rail line from London to the cities of the Midlands and the North, opening up a direct connection to continental Europe. This would create an unrivalled freight distribution network and put Britain at the centre of manufacturing distribution, as well as releasing pressure from roads and commuter services.

A new international airport located in the Thames Estuary on the Isle of Grain would benefit from these new linkages. Establishing the proposed aviation hub in the South East would satisfy the capacity needed today and allow for future expansion, while reducing the environmental and security problems of aircraft overflying London.

Major new distribution networks for power, utilities and data are needed across the UK, without adding visual clutter to the landscape. This is where integration delivers environmental as well as economic benefits. The Spine offers a pioneering new solution. It will incorporate data cabling, water and energy distribution routes, integrated with the rail and road network in conduits in the ground, invisible in the landscape, simple to maintain and easy to secure.

A new flood barrier in the Thames Estuary is also a necessity, but has the potential to deliver other improvements, while securing London’s future flood protection: it can alleviate housing shortages by creating new flood protected land for residential development; it can provide a platform for an integrated rail and road crossing to open up new trade routes between the UK and Europe; it can generate renewable energy from tidal flows; and it can bridge the Estuary to create a vital new corridor for utilities, communications and data. 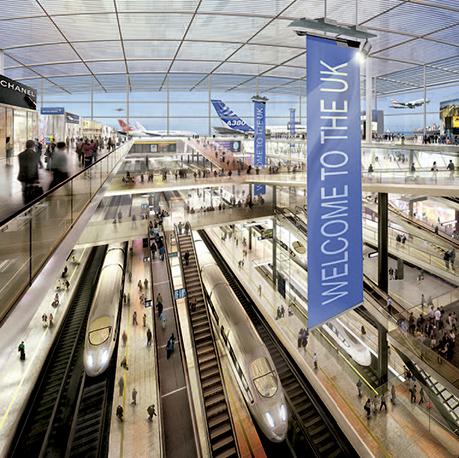 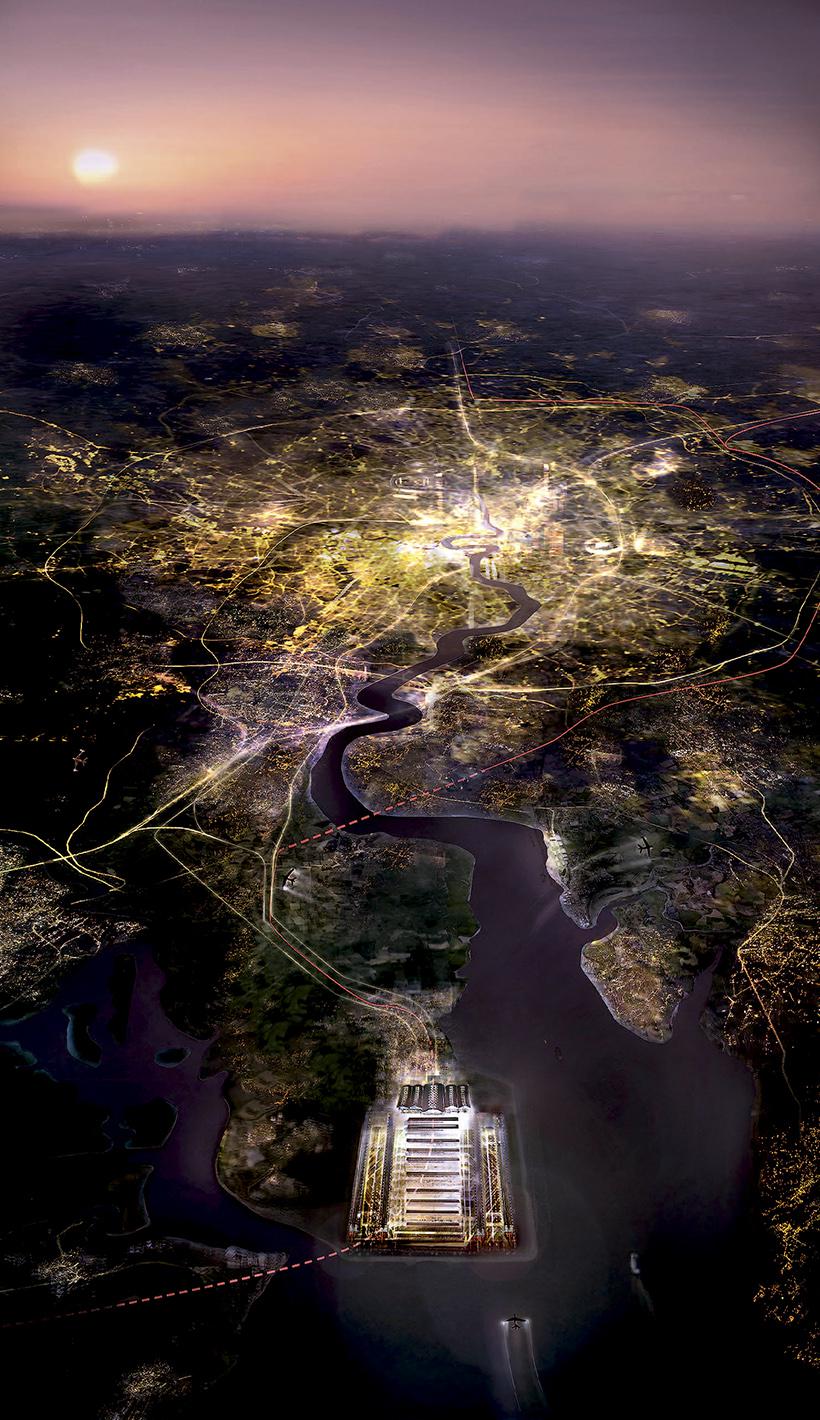 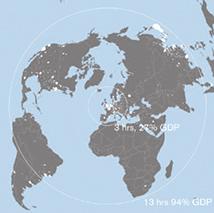 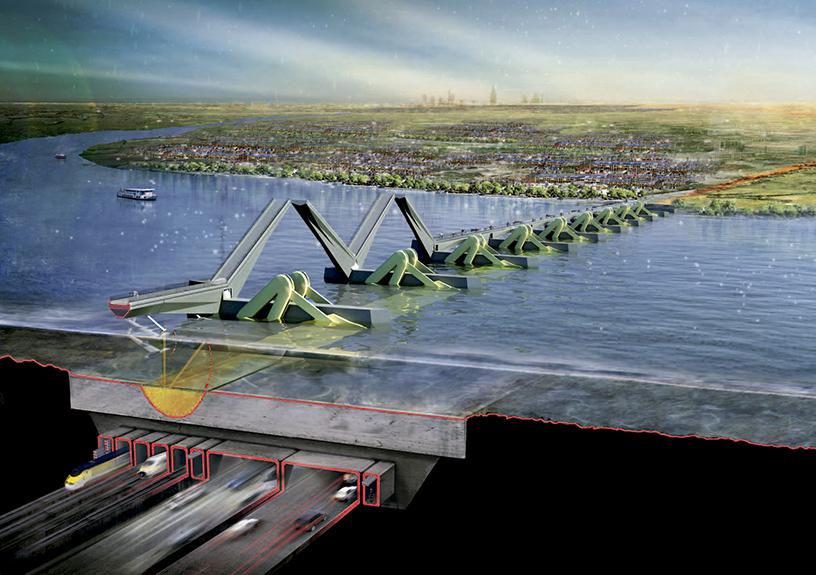 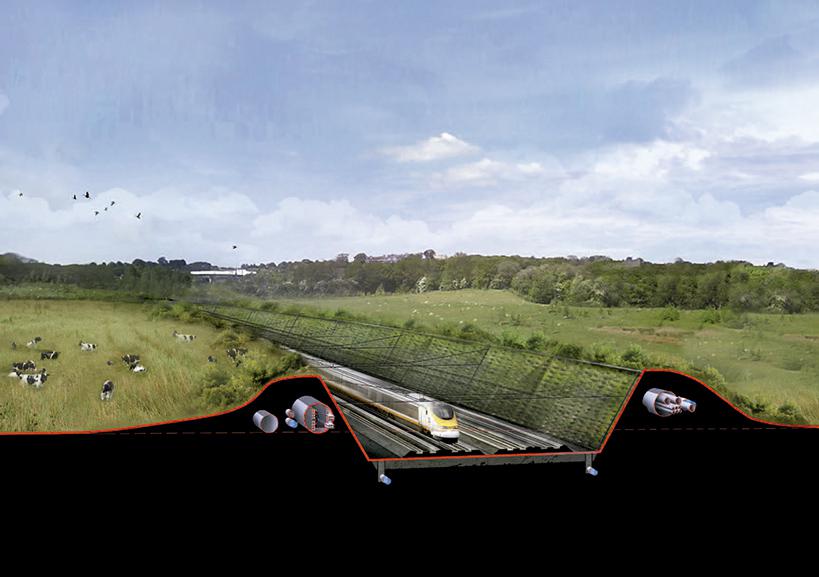 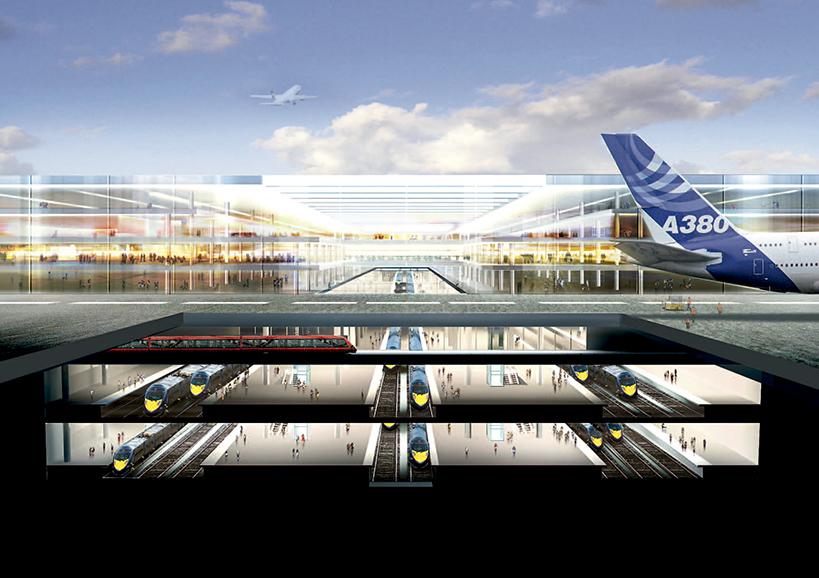 Norman Foster   A droneport project for Africa with an initial plan for three buildings to be completed by 2020, and a larger network so that every small town in Africa can have its own droneport by 2030: this is the ambition of the first project of the foundation