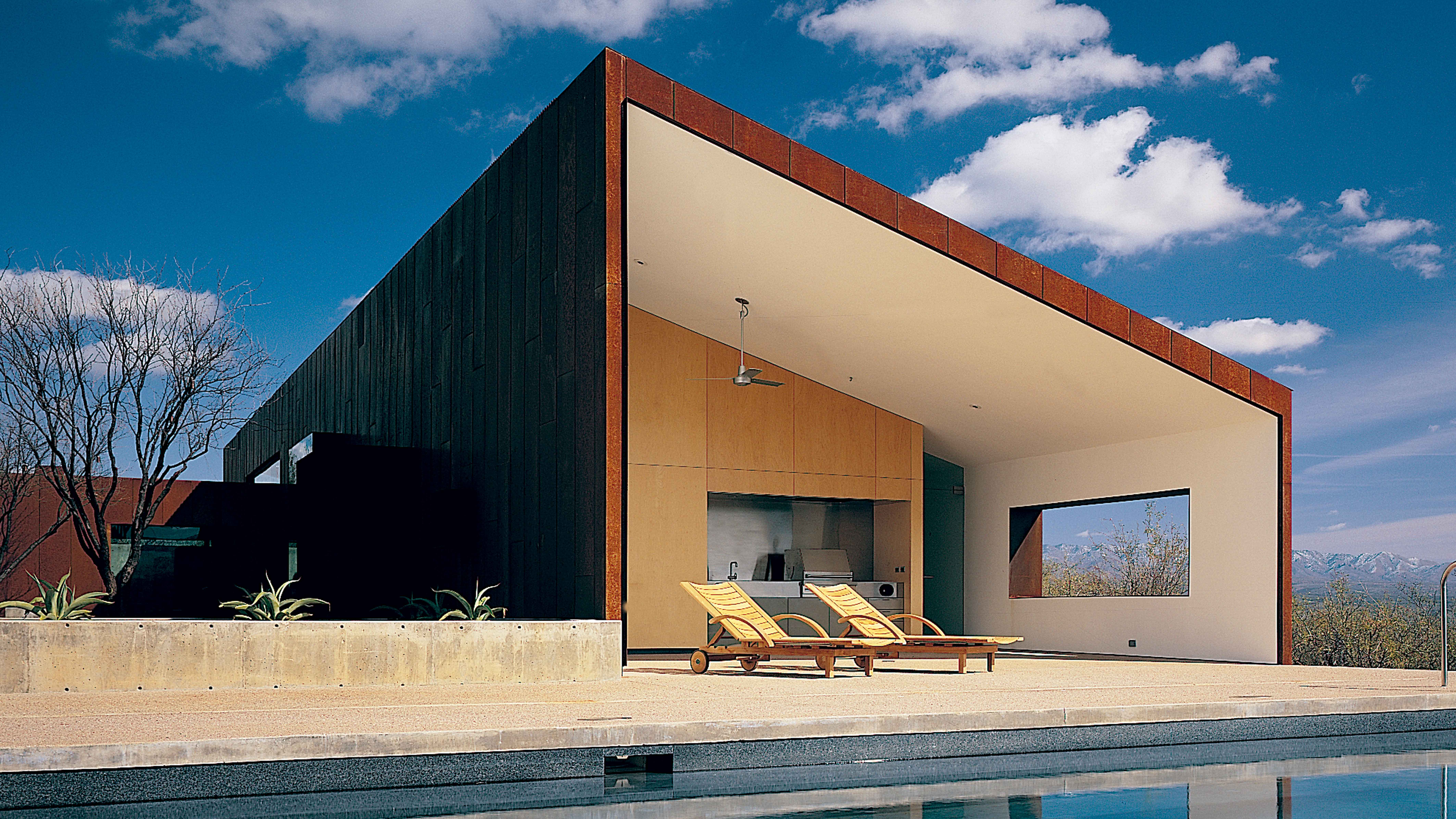 The construction of a house begins with the selection of the site, and Rose and Warren Tyler decided that the best place was many kilometers to the south of Columbus (Ohio), where they had lived until then. The couple – great art enthusiasts who had spent many years living all around the world – chose a 1,6 hectare plot in the desert of Sonora, only 25 kilometers from the Mexican border, because the distance from the large towns and the desert’s dry climate favored the contemplation of stars; a hobby which also constitutes the husband’s job, an astronomer.

Towards the north of the plot, in the end closest to Snaffle Bit road, a platform was dug out in mid-hillside to house the new construction. In the open and overwhelming landscape of arid land and cacti, two U-shaped walls, two meters high, delimit over the platform a seizable and domestic premise in which the position of the prisms which house the program establish a sequence of specific courtyards for each activity. In this way, two sheds with sloping roofs adhere to the walls, segregating the facades to the north to take in those who approach from the access route with a welcoming gesture. The larger one – with a living room, the kitchen and the main bedroom – also houses two studios in a small annex which defines two courtyards next to the perimetral wall. The garage, a workshop and two guestrooms, located beneath the telescope platform, occupy the second pavilion, whose roof tilts in the opposite direction to that of the house, both coming together to point towards Mount Tumacacaori. In contrast with the organic contours of the deserted landscape, the access courtyard between the two pavilions is a sort of geometrical and artificial oasis in which water is presented in edgy ponds, as a precious good. Following this same principle, the swimming pool rounds off the terrace located on the south front of the main house.

As a large Faraday cage to protect the art collection from the dry storms of the desert, the enclosure is a carcass of rusted sheeting that visually brings together the constructions on the dun-toned landscape. With an apparently haphazard distribution, the windows jut out from the facade surface in an attempt to meet the position of specific stars. The dry climate of the desert makes it possible to do without the Core-Ten steel and to use simply metallic sheeting, which, given the lack of rain, oxidizes after a one year period without corroding...[+]

Rick Joy Architects   United States   Surrounded by the Saguaro cacti and the ocotillo of the Sonoran Desert, the house is nestled in a secluded bowl-like formation in the land, striving for an equilibrium and for a low impact on the intact natural landscape. After studying the views of

Rick Joy Architects   United States   At the foot of a deep canyon, in a valley surrounded by spectacular rocky formations, stands this hotel which in its tones and textures mirrors the landscape surrounding it.

Mark Robbins   Households was undertaken during the seasons of fall and winter of 2002-2003, as a fellow at the Radcliffe Institute for Advanced Studies at Harvard. It documents over 40 households in New York (New York), Boston (Massachusetts), Washington (DC), Nas

Thomas Phifer   United States   Carefully sited to take advantage of the prevailing summer breezes of New York’s Hudson Valley, the house – with a footprint measuring no more than 200 square meters –, is designed as a compact rectangular volume on a meadow with views to a small pri

MOS Architects   United States   The building is to serve as a guesthouse and visitor center for Star Axis, a land art project of the American sculptor and earthwork artist Charles Ross, located in the desert of the state of New Mexico. The complex follows a geometric scheme that en 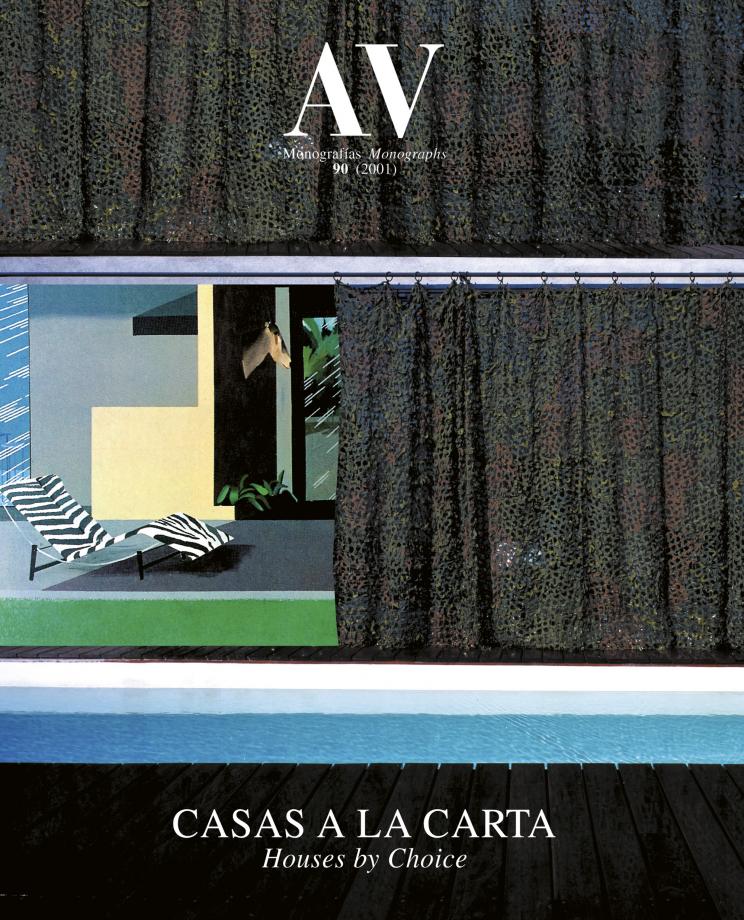