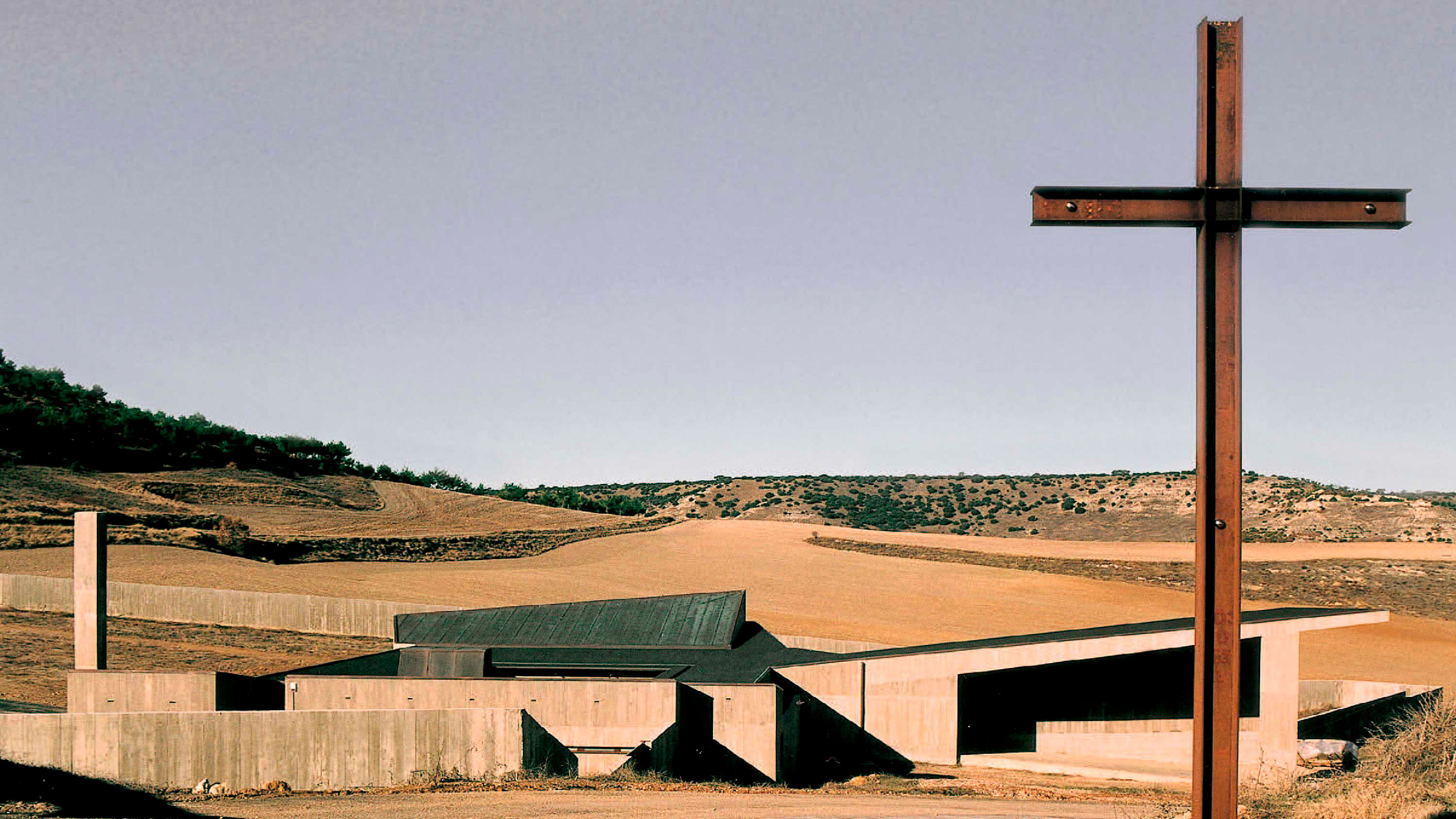 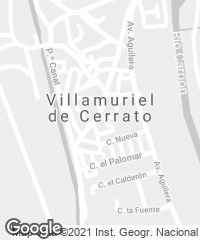 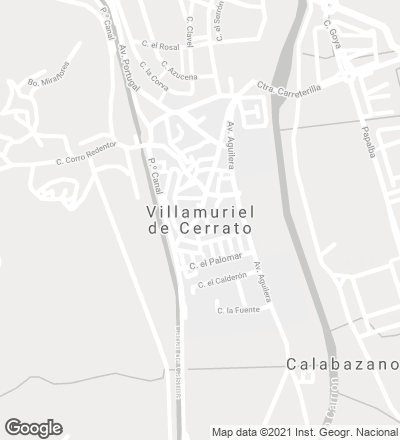 Against the  general tendency in a region marked by the exodus of people from countryside to city, Villamuriel de Cerrato has seen its population multiplied by ten since the seventies, when an automobile factory was installed within its municipal limits. The urban expansion accompanying this demographic growth has finally boxed in the old graveyard, rendering a new site on the periphery necessary. Amid farm land far from the town center, the new cemetery lies along the road that leads to the moor after crossing the Canal de Castilla, with a hill of replanted pine woods as backdrop. 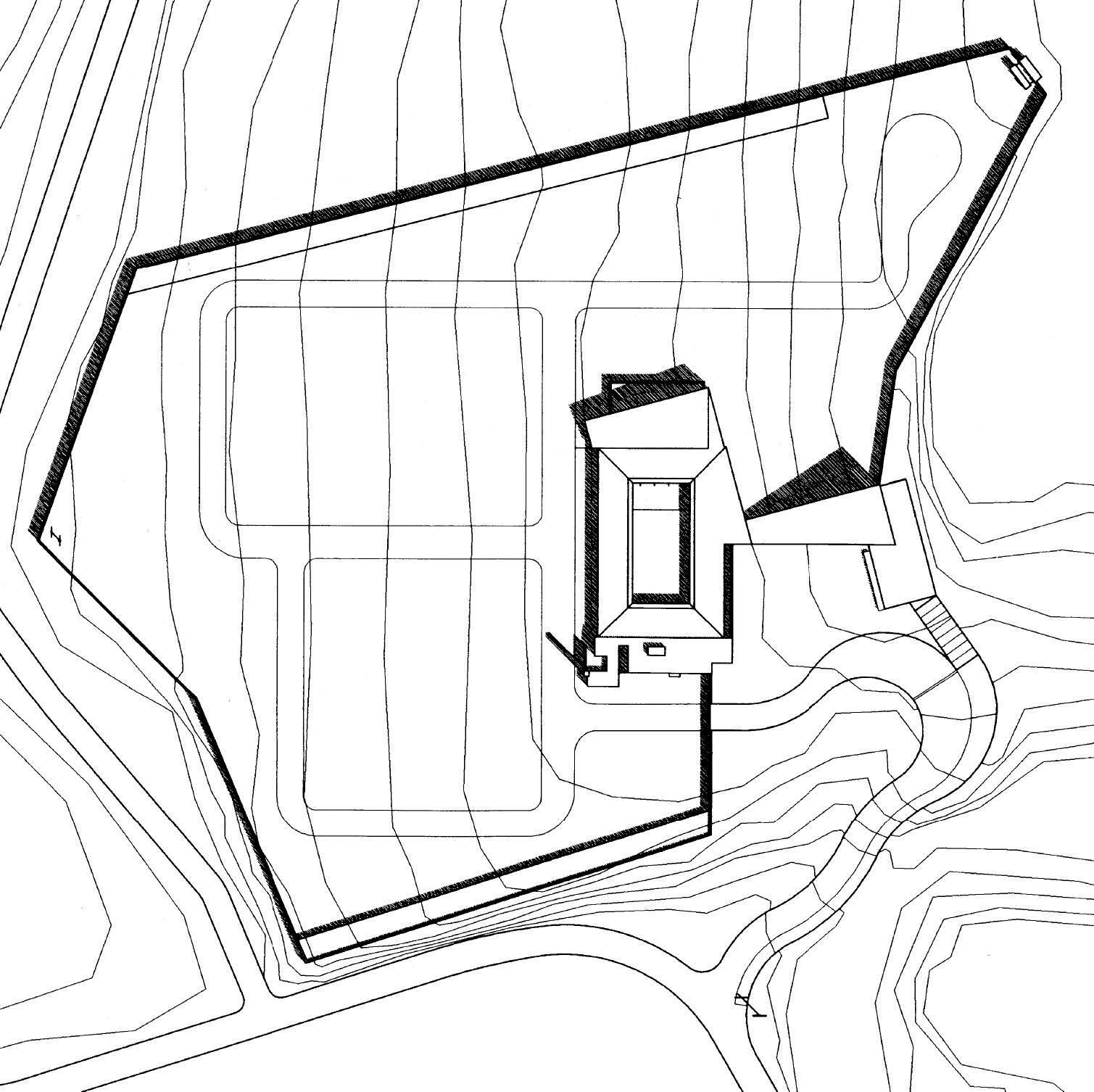 The concrete wall that identifies the site from a distance folds in on itself, sheltering the church, chapel for wakes and lavatories, which are all grouped around an atrium and a pool that reflects the sky.

Using the features that identify southern Europe’s burial grounds from afar, the necropolis announces itself with a roadside cross, and a wall that marks its perimeter while following the particularities of the topography. The only element that organizes the resulting precinct is a ring of circulations traversed by a path that climbs the hill at its maximum slope. The graves are arranged around this axis, which ends below at a flared portico that guides the entering funeral procession. The high end of the path is a cross that cuts a figure against the silhouette of the hilltop. The idea of a fenced-in place is reinforced on the north and south, where the perimetral wall thickens to accommodate the inevitable series of niches. In contrast to the overall introspective mood of the complex, the northeast corner becomes a lookout to the valley, establishing the cemetery’s only connection to the barren horizon of the Castilian plain.

A building that groups together the church, the chapel for wakes and the lavatories leans on the most pronounced break of the wall. Attached to the flared portico of the entrance, a court provides access to the different areas, forming a rectangular ambulatory whose one open side frames the perspective view of the hilltop. For those with heads bowed in mourning, a pool in the middle offers the reflection of the sky. The trapezoid-planned chapel emphasizes the altar with a skylight that brings in the southern light. A large window rips the nave laterally and conceals the horizon, leading one’s gaze to the pavement of a second courtyard. The gestural austerity of the project is enhanced by materials chosen for their textures: Core Ten steel for frames and formwork-molded concrete in the wall, the cloister and the chapel. An asphalt sheet blends the broken profile of the roofs into one, striking a contrast with the flat spread of the Castilian meseta. 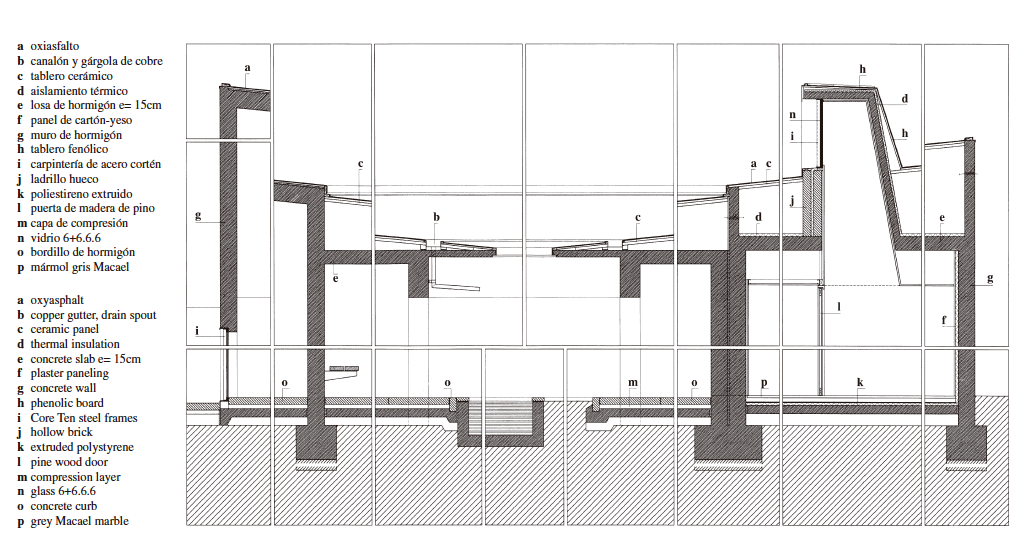 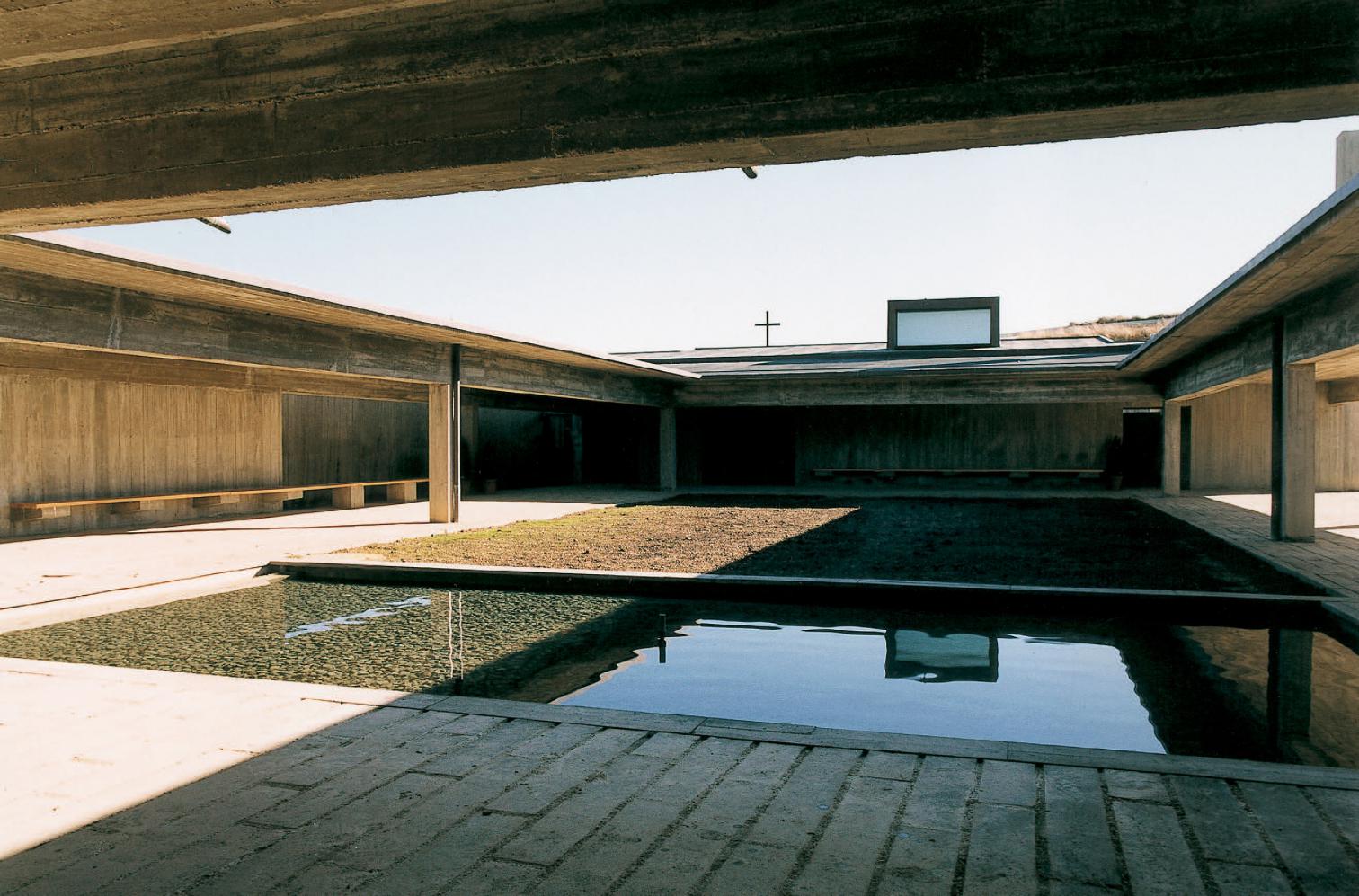 Alejandro Beautell   Spain   The hermitage adapts to the triangular shape of the lot, with the interior space tapering on plan and the ceiling rising as the visitor approaches the altar bathed in light from above, the most intense part of the temple.

Batlle i Roig   Spain   Located at the foot of Collserola, right where the mountain range meets the Rubí stream, the cemetery is conceived from the beginning as a group of terraced gardens scattered over the wooded hillsides. In this way, the recessed niches are designed as

Andrea Dragoni Francesco Pes   Italy   The Gubbio Cemetery in Umbria has been enlarged with a dense scheme organized like a city whose open-air squares are inspired in the skies framed by the artist James Turrell.

Ábaton   Spain   The Madrid firm Ábaton – established in 1998 by Camino Alonso, Ignacio Lechón, and Carlos Alonso – has in collaboration with Marta Hombrados designed this funerary monument in a cemetery located in the northwestern part of the Autonomous Community of

Miguel Fisac   Spain   Arepeated pattern – that allows to sense the heart and the cross present in the emblem of the Hermanas Hospitalarias order – dominates the facade of this small center for social purposes located in the south of Madrid. On one of the most central stre

Batlle i Roig   Spain   The building is integrated in the site by taking up a large portion of the slope by the cemetery entrance, extending in this way the area of access with a plaza and parking area connected to the road. Set into the terrain, the pitched roofs are cover