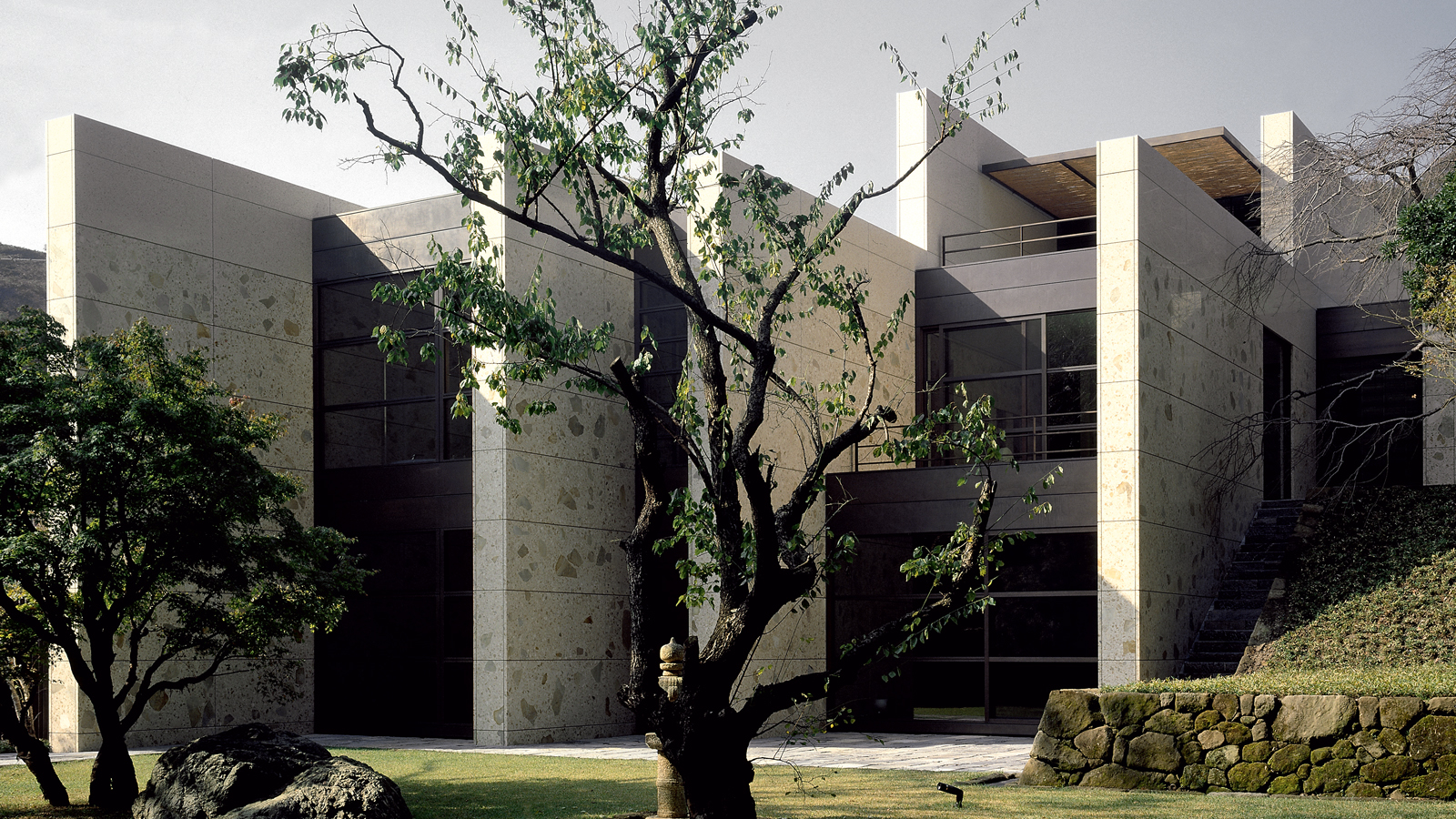 Designed for a Japanese collector of modern and Buddhist art, this house was conceived as a contemporary retreat with traditional influences. The house occupies a site rich with historical associations, including a Shinto shrine and man-made caves that once formed part of a workshop for crafting samurai swords. The house is one of three buildings originally planned for the site, those yet to be built comprising an art gallery and function space, with specialised storage. The overall composition is intended to tie these buildings together in a harmonious arrangement, informed by the Japanese belief that nature is at its most beautiful when considered in relation to the man-made.

A series of parallel structural walls organises the interior spaces of all three buildings, and these are further articulated by perpendicular infill walls that carry the service functions. The house is planned around the rugged landscape and focuses on a mature cherry tree, because the cherry blossom is highly valued in Japanese culture. Circulation is organised so as to capture a sequence of carefully framed landscape views, the route through the house progressing from darkened to fully lit rooms, revealing and framing en route items from the client’s extensive art collection. A comprehensive integrated lighting system, which includes fibre-optic installations, dedicated spotlights, and naturally backlit glass blocks, further emphasises major individual art works. Special attention has been paid to the subtle use of colour, with muted tones and dark grey ceilings that add a degree of intimacy.

Aside from the traditional claddings and finishes, the design team developed a number of specialised materials for the project. The primary walls are clad with a custom-manufactured reconstructed stone, while glass blocks made from recycled television tubes provide diffused daylight. These pieces, commercialized under the name Eluna, have been developed by the British organization Free Form Arts Trust. The floors are covered in part with antique Chinese tiles and hand-carved terrazzo elements, and the indoor swimming pool is finished in glazed volcanic stone. Throughout the house, the play of light and shade, created through a combination of materials and finishes, artificial and natural light, is intended to evoke the quietude of traditional Japanese architecture. 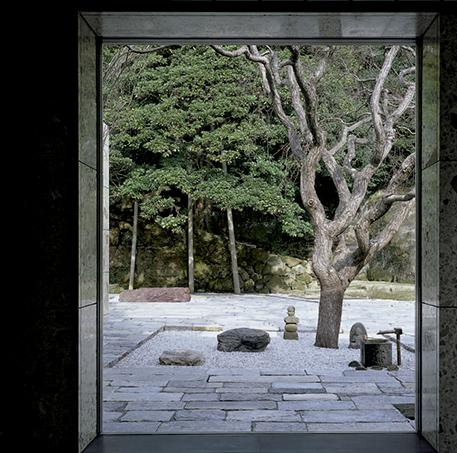 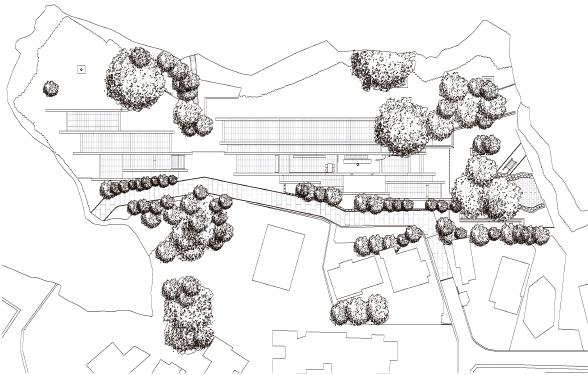 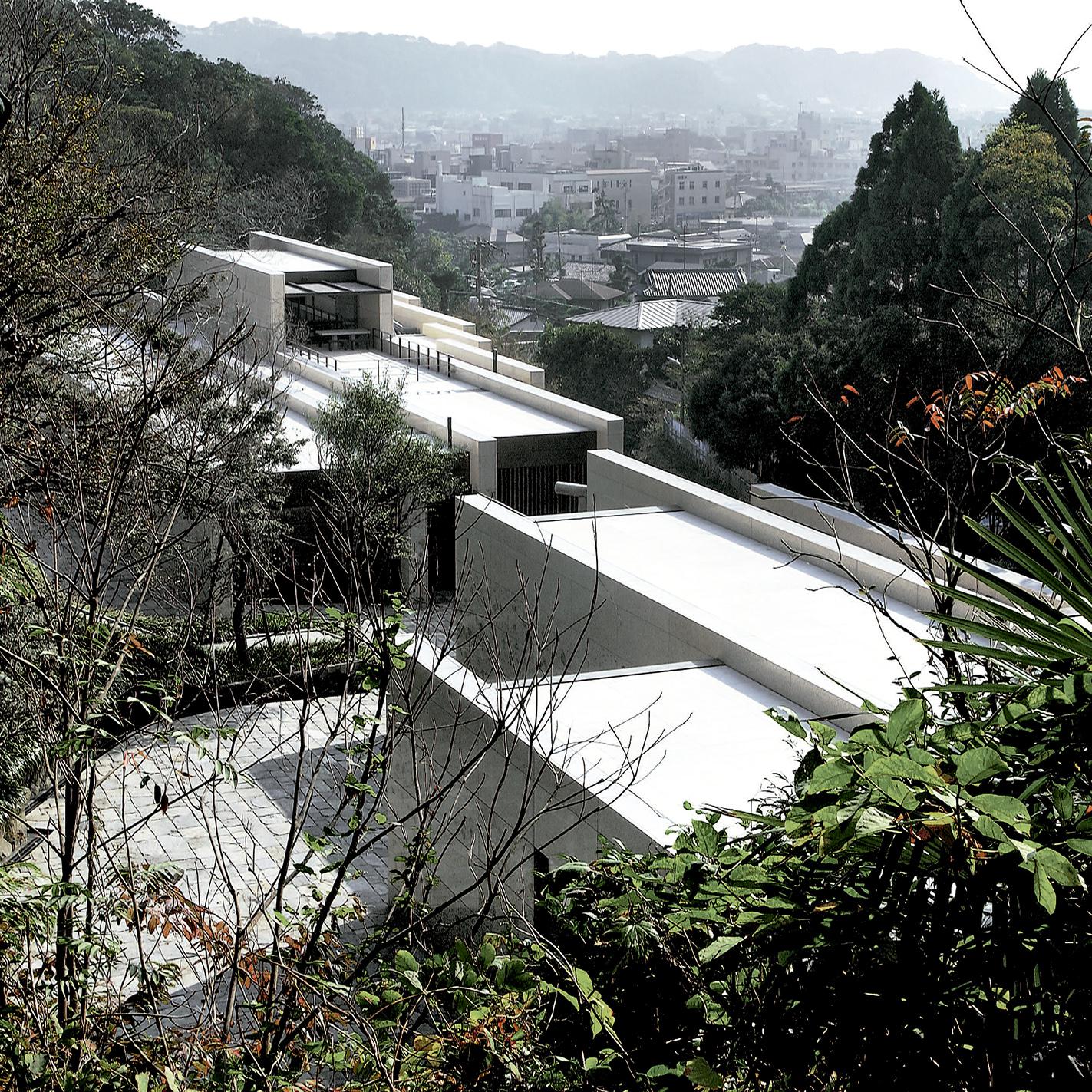 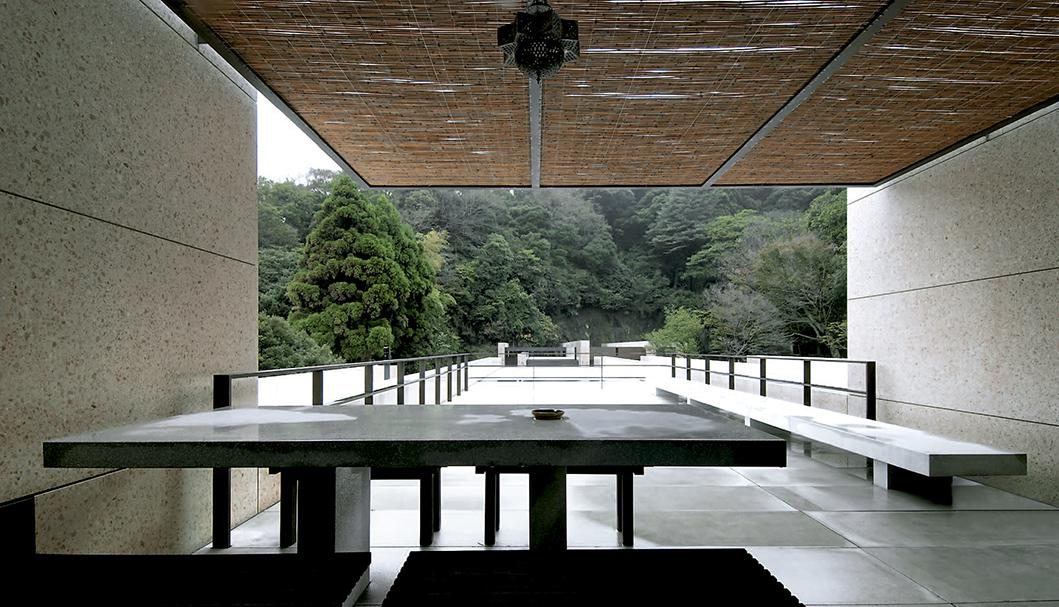 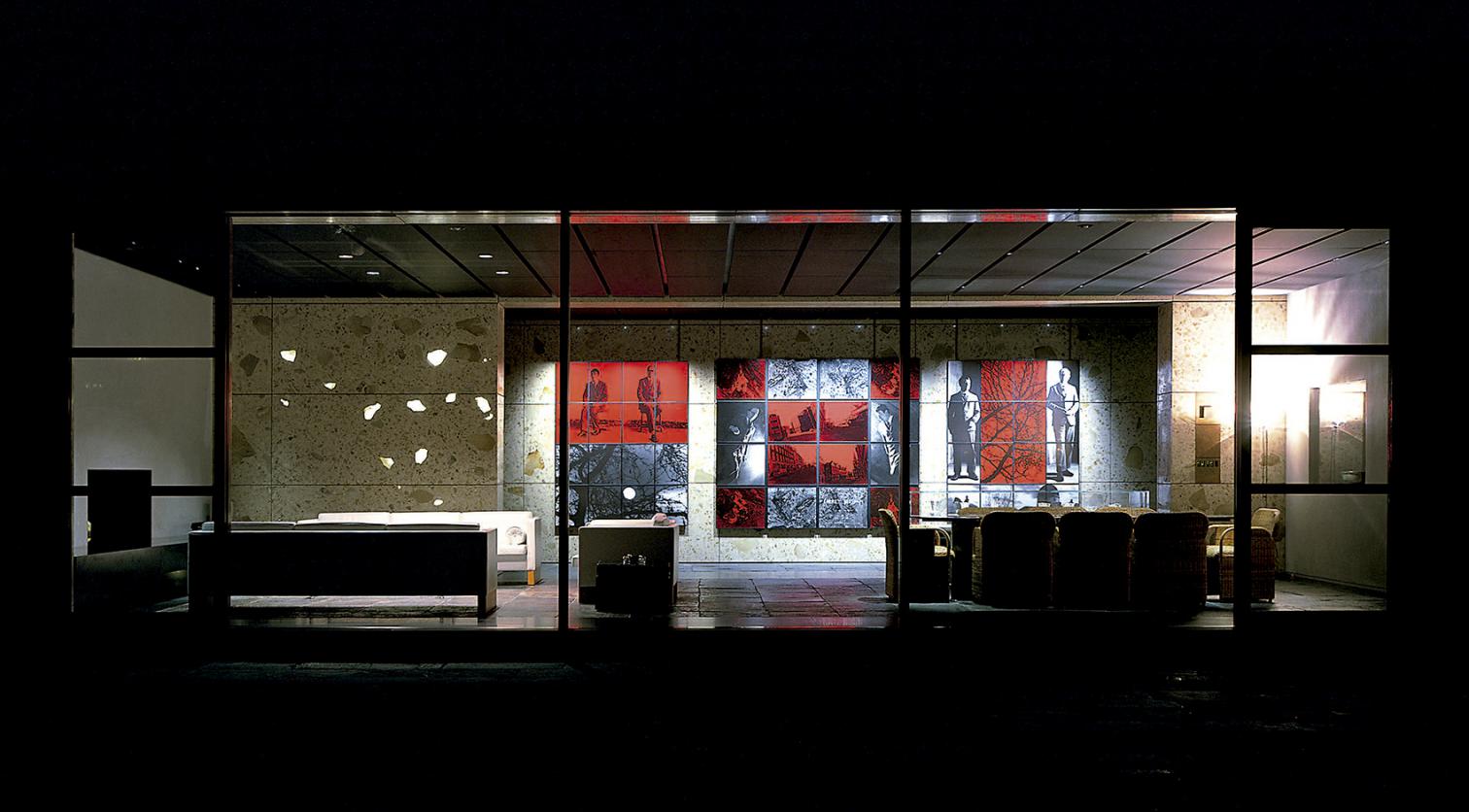 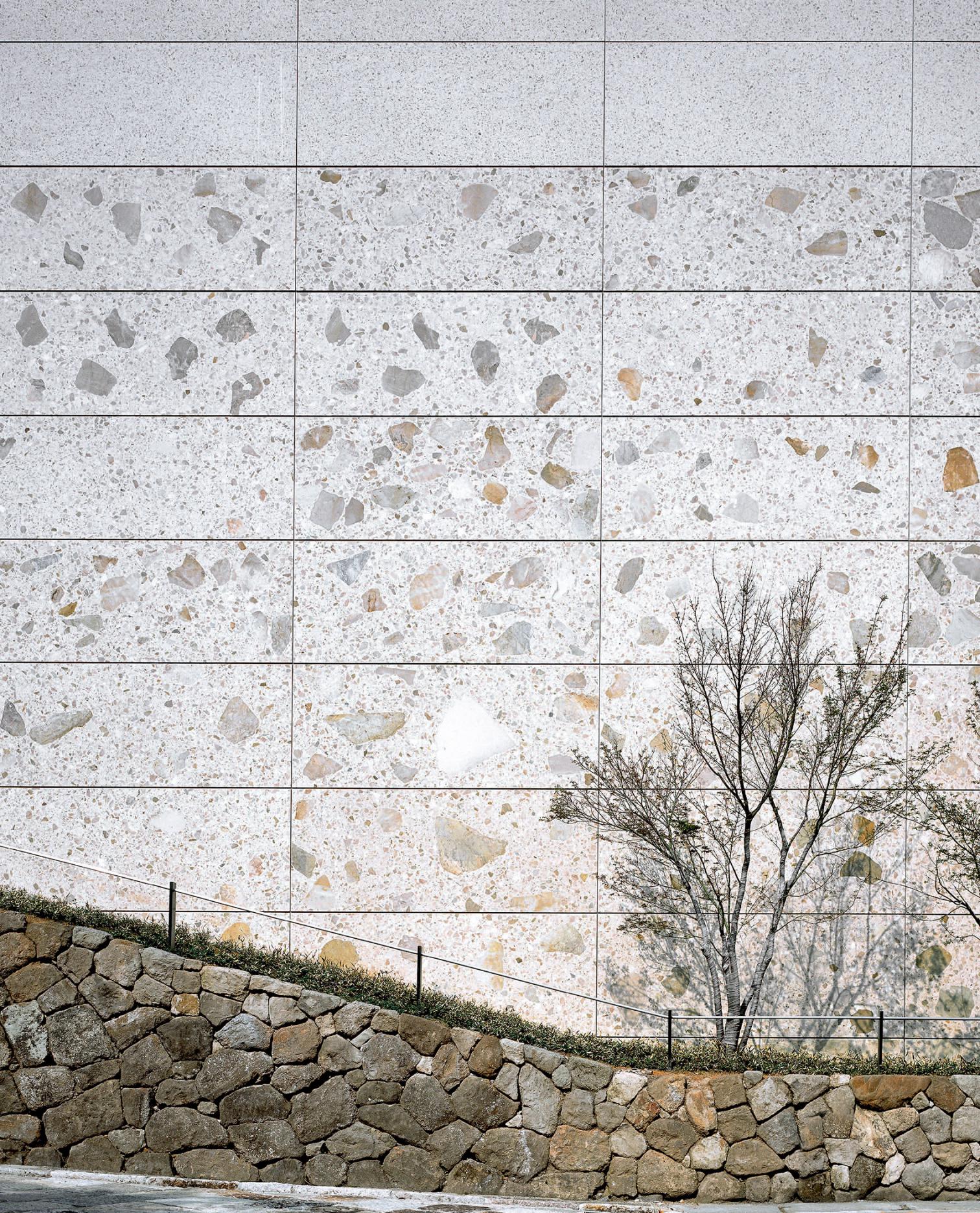 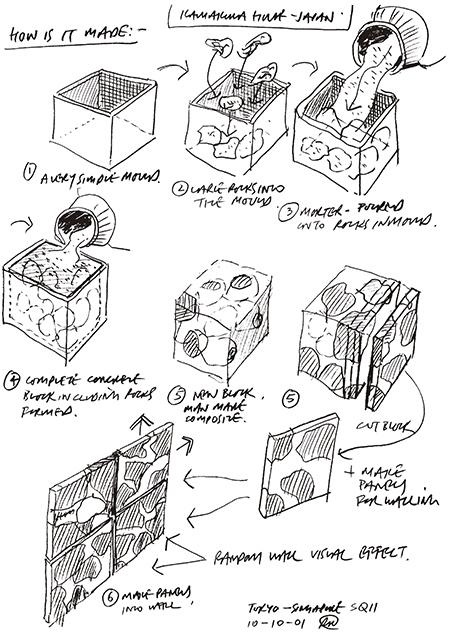 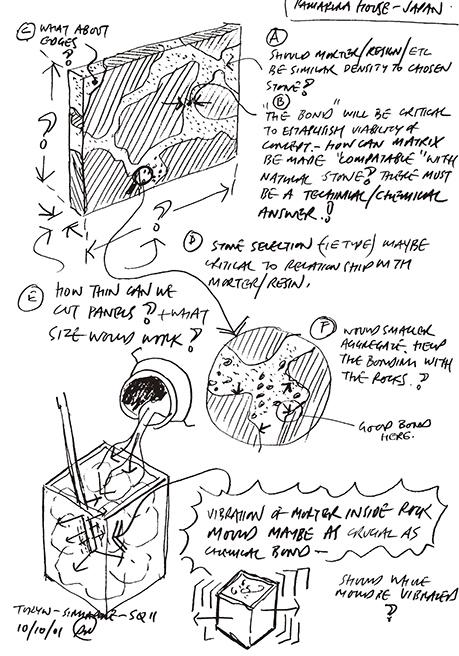 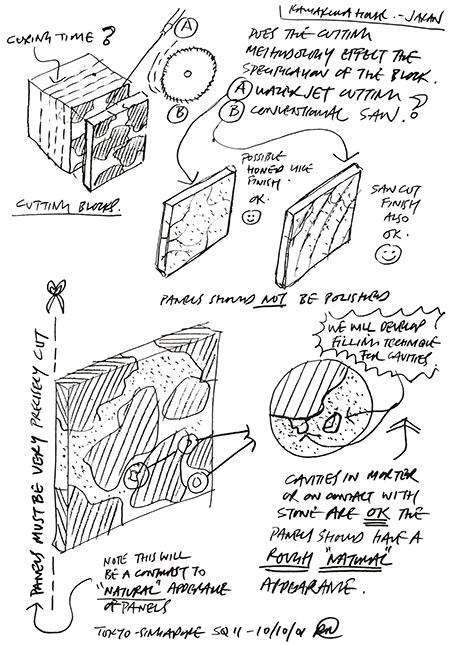 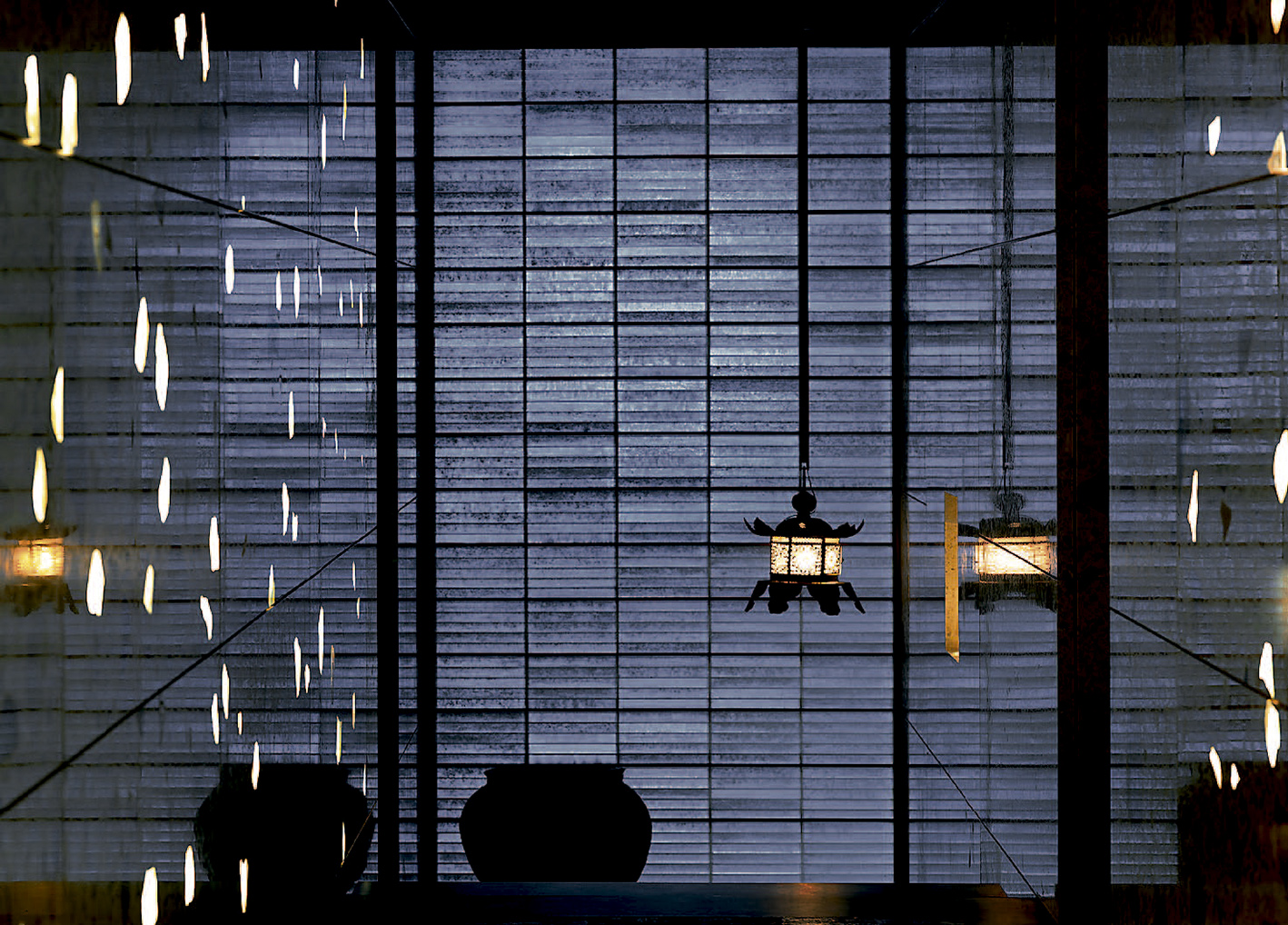 Foster + Partners Norman Foster   United Arab Emirates   The historic Abu Dhabi Central Market is one of the oldest sites in the city. Inspired by the traditional architecture of the Gulf, this scheme aims to reinvent the marketplace as a contemporary mixed-use complex and give the city a new civic heart.

Norman Foster   France   Marseille’s Vieux Port is one of the grand Mediterranean ports, but over time the World Heritage-listed site has become inaccessible to pedestrians and has been cut off from the life of the city. The masterplan for its regeneration reclaims the quays