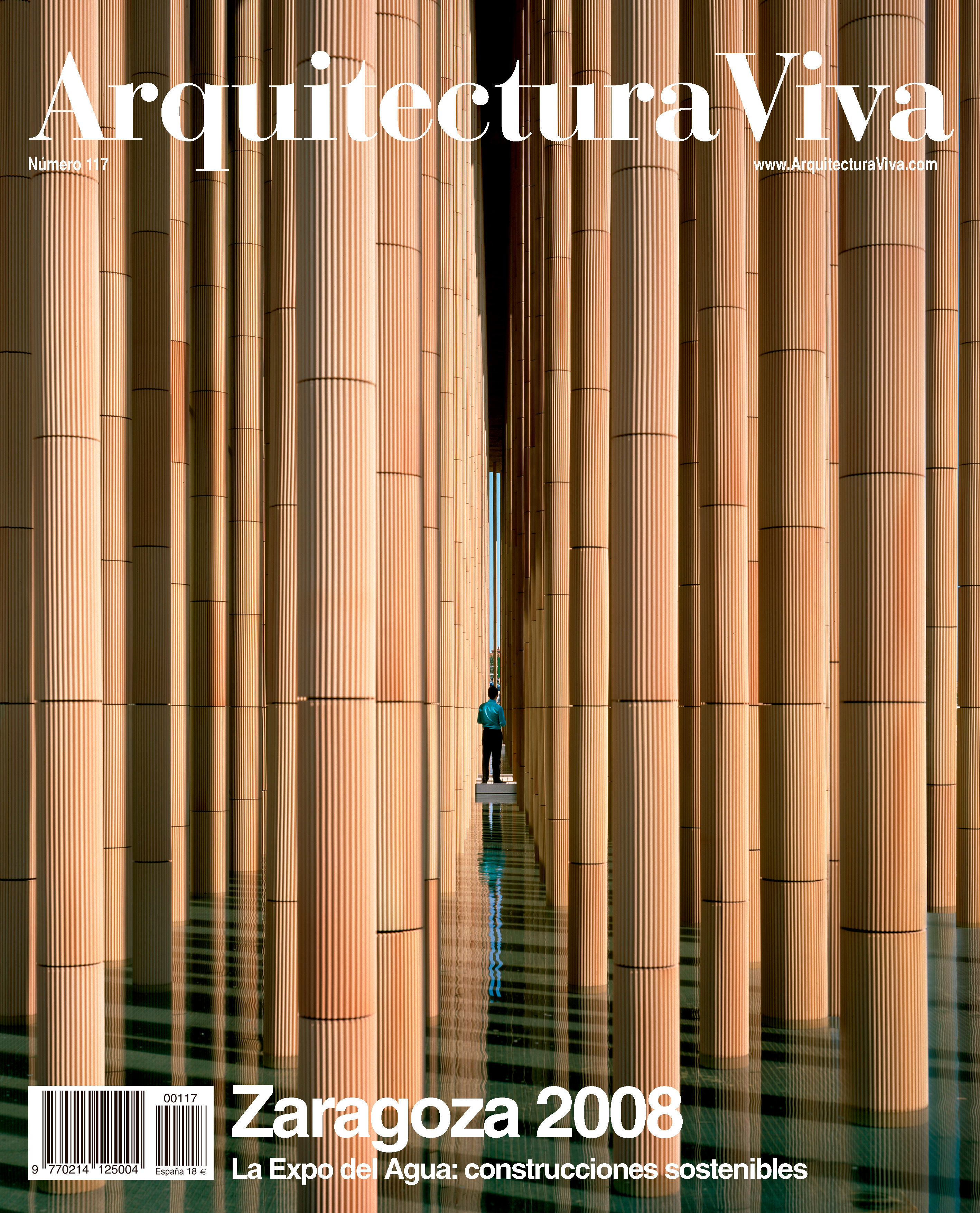 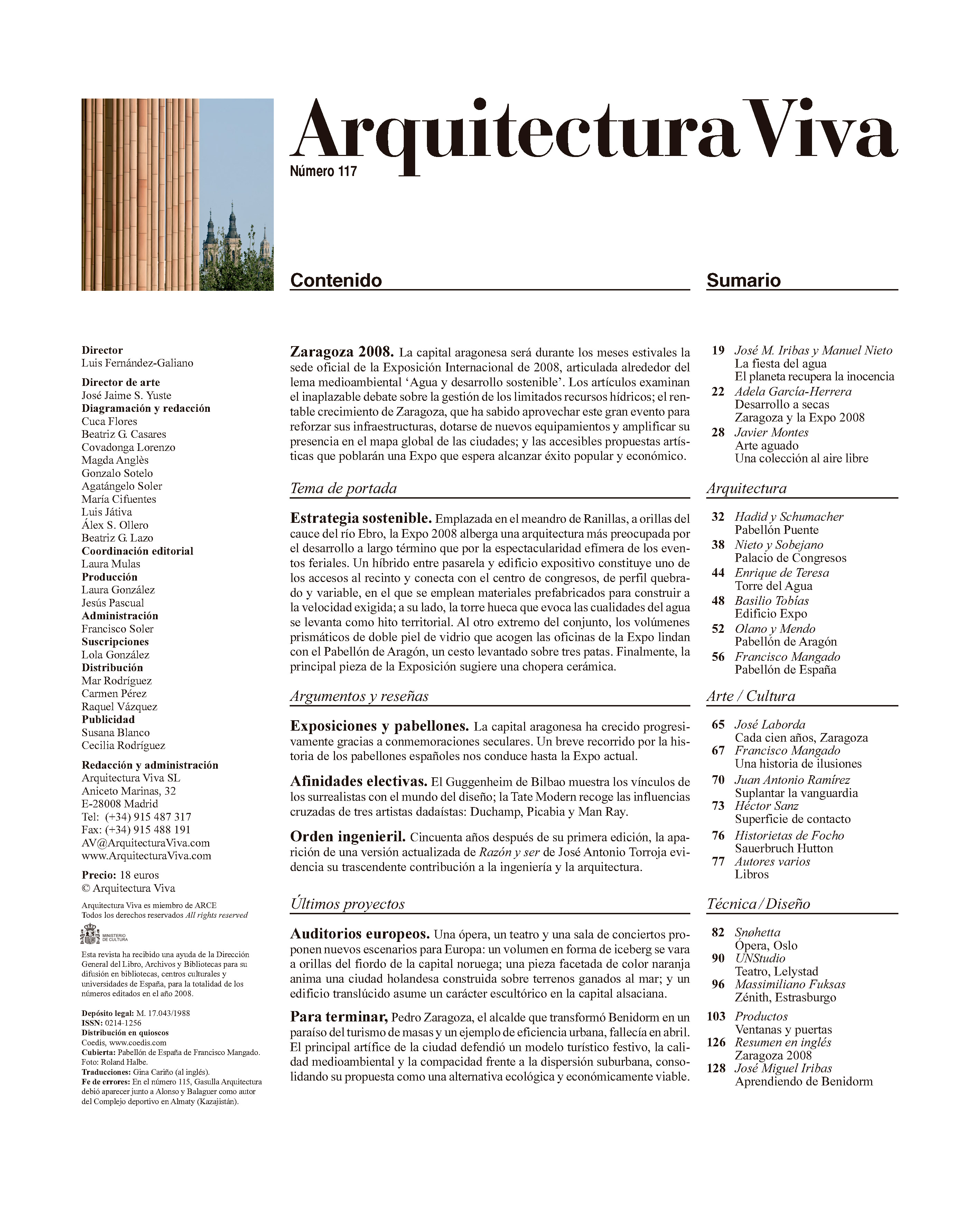 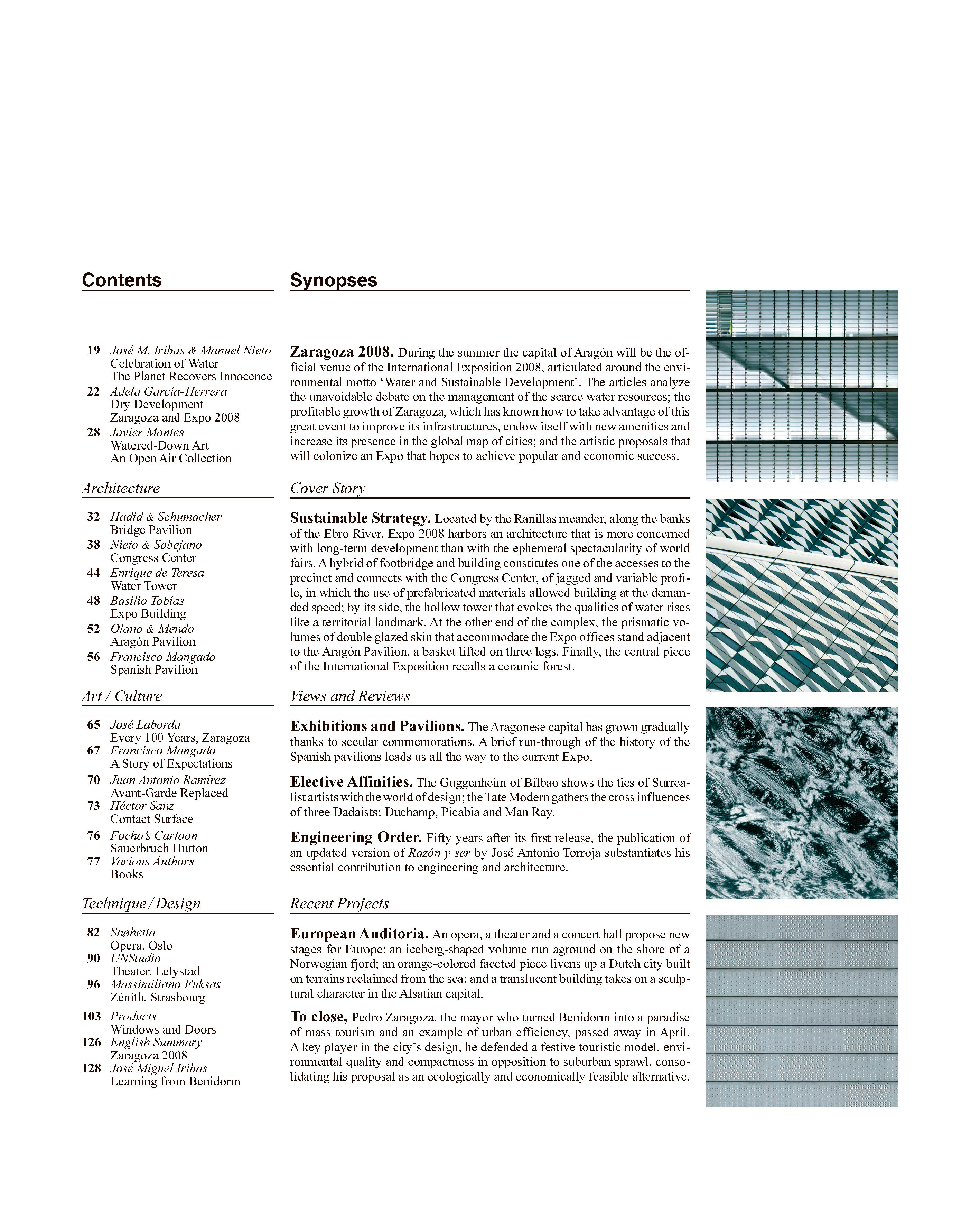 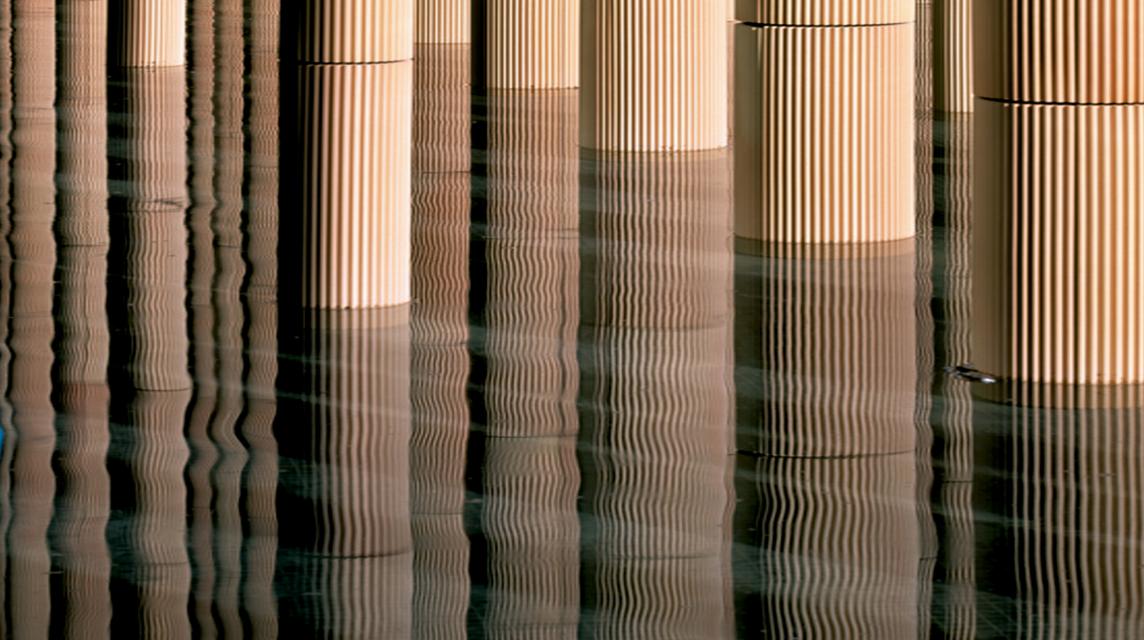 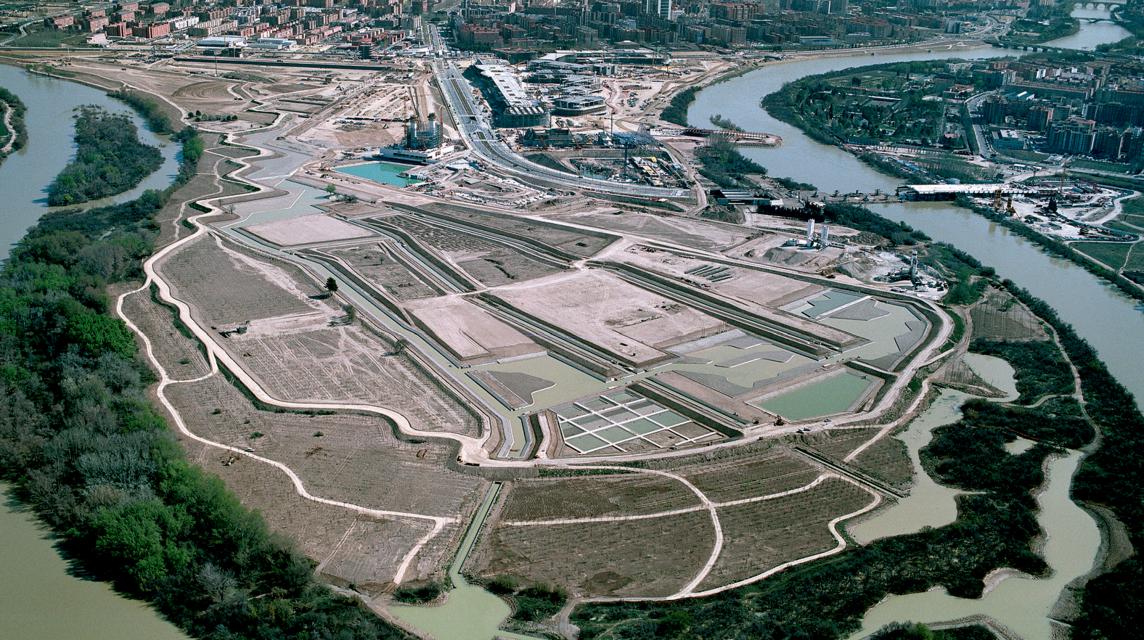 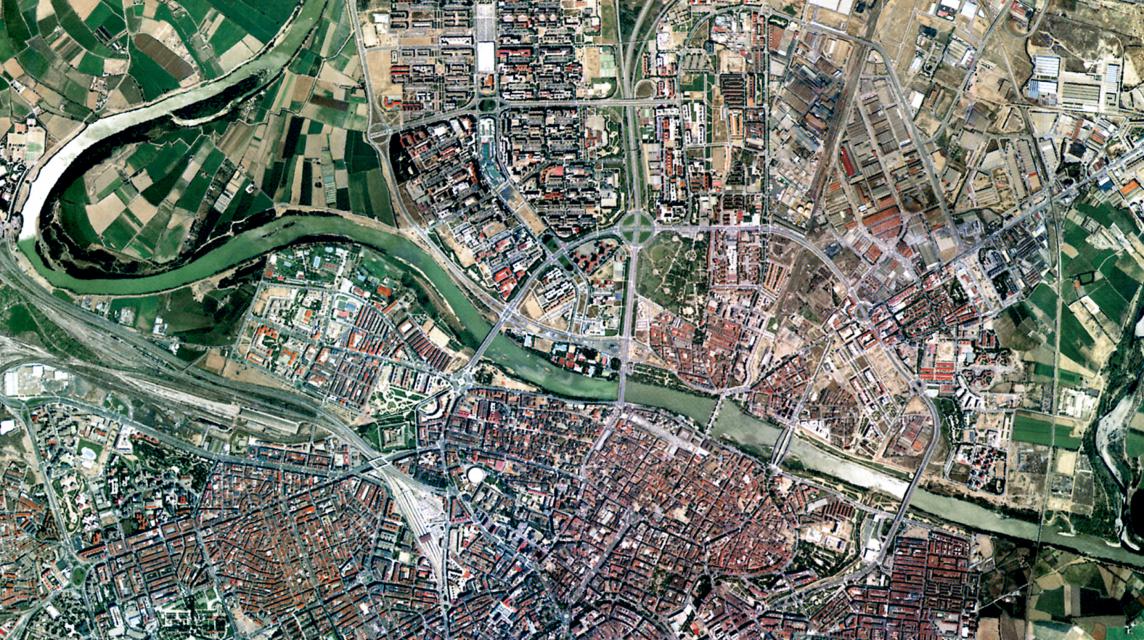 Adela García-Herrera   “The day we won the Expo bid was a Wednesday or a Thursday in December, a working day in winter. The city became a hotbed of happy people. It was like the day Zaragoza won the Recopa football league with a goal of Nayim’s. Then came the day-to-day pr 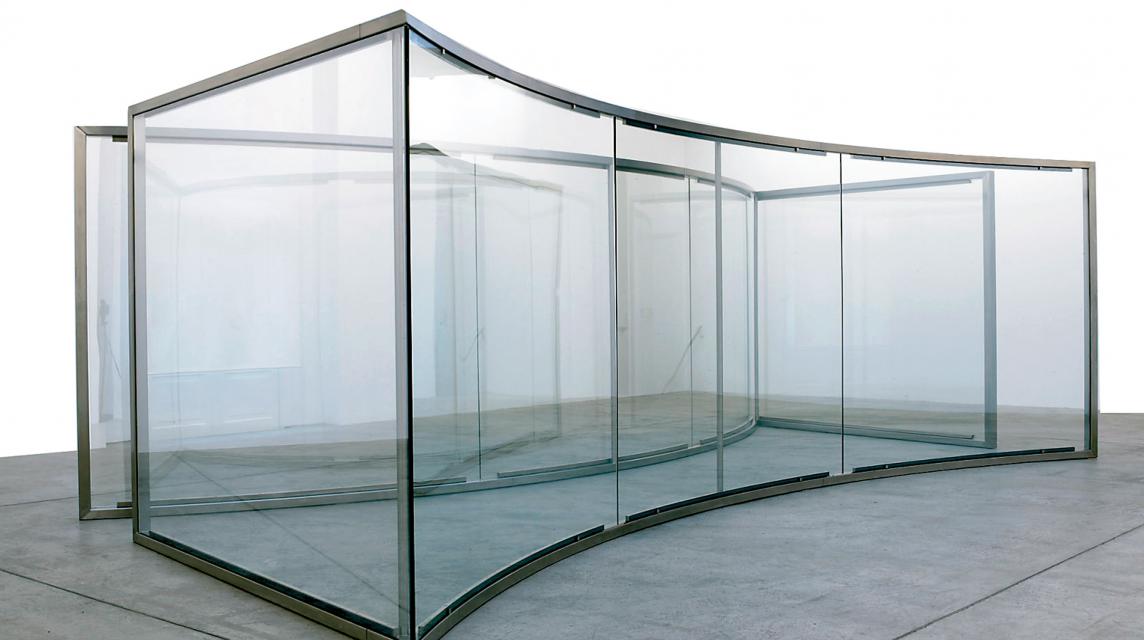 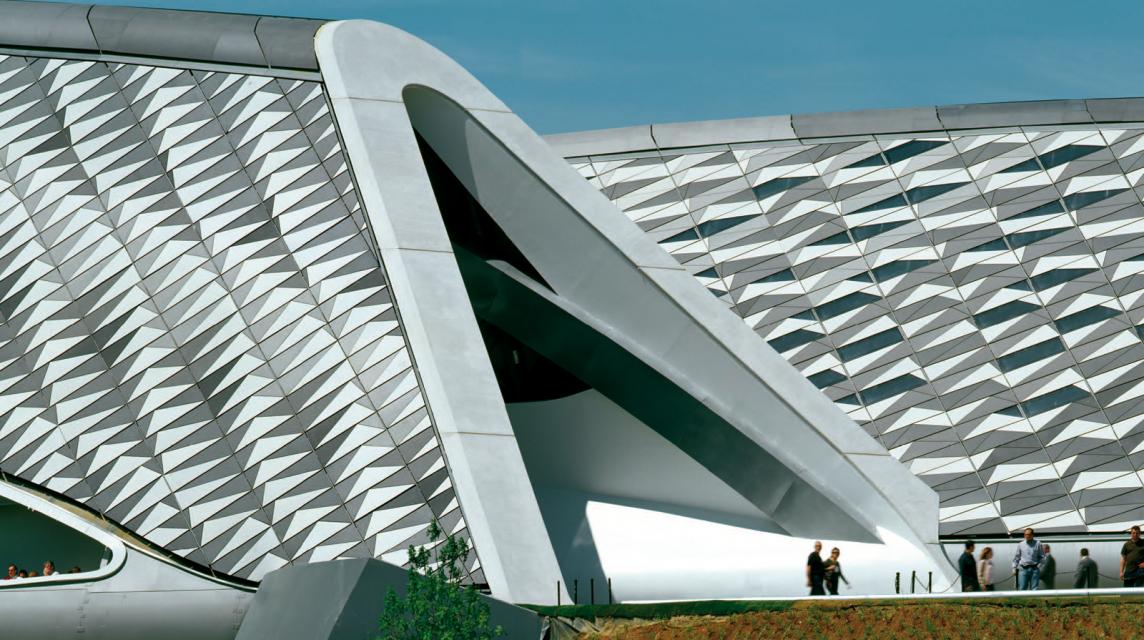 Patrik Schumacher, Zaha Hadid Architects   Spain   Proposed as one of the main gateways to the premises, the Bridge-Pavilion connects the neighborhood of La Almozara, on the right bank of the Ebro River, with the Expo Zaragoza fair grounds. A hybrid combination of bridge and exhibition pavilion, the 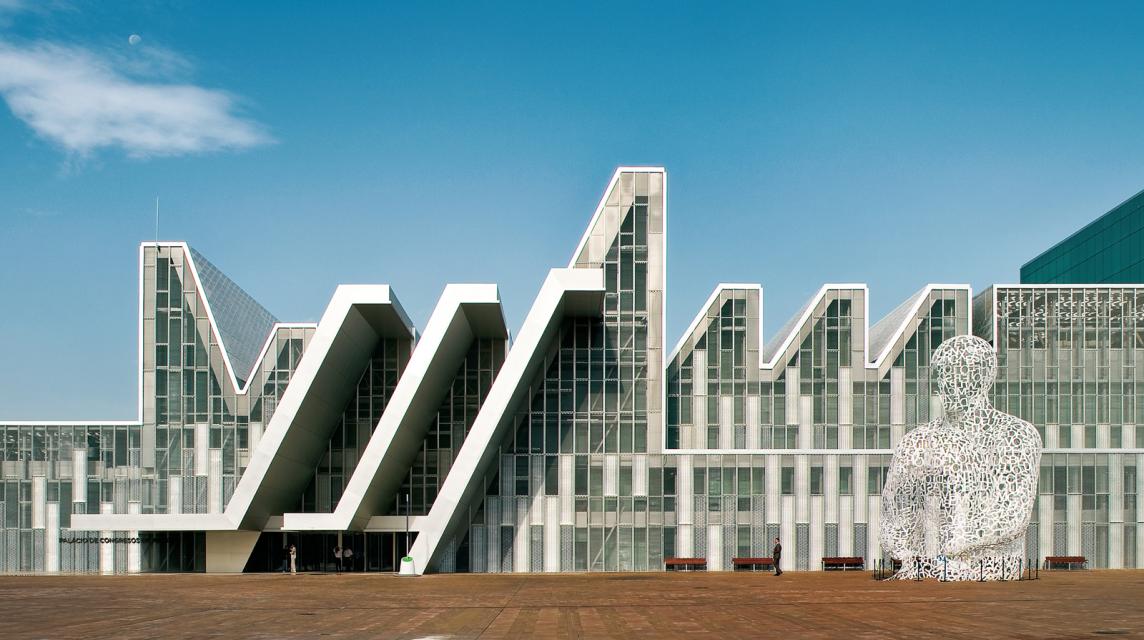 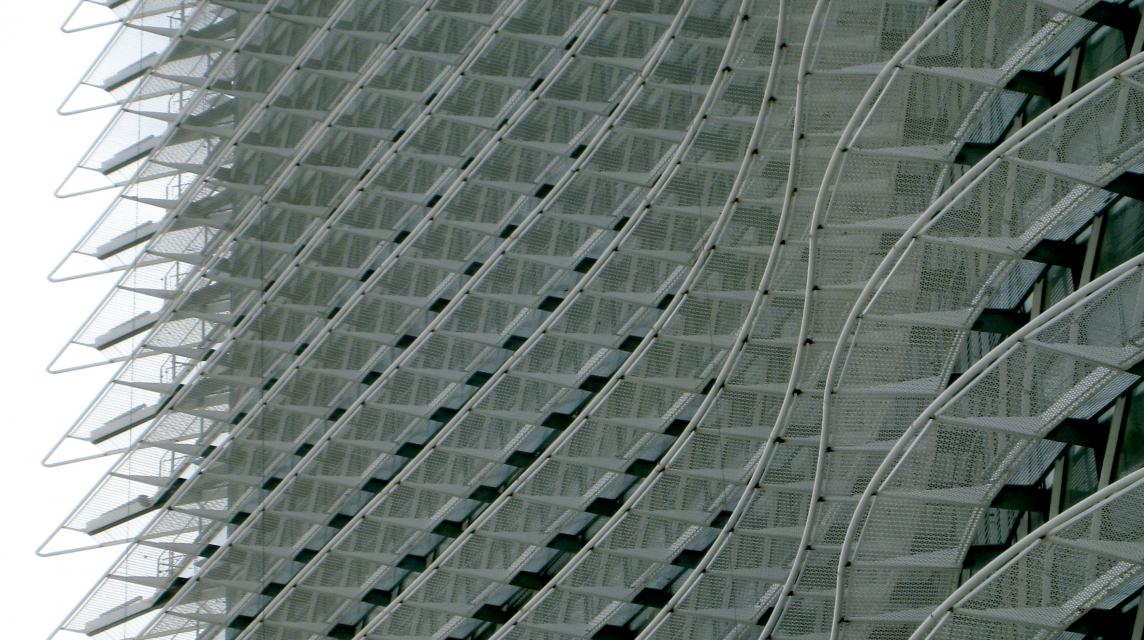 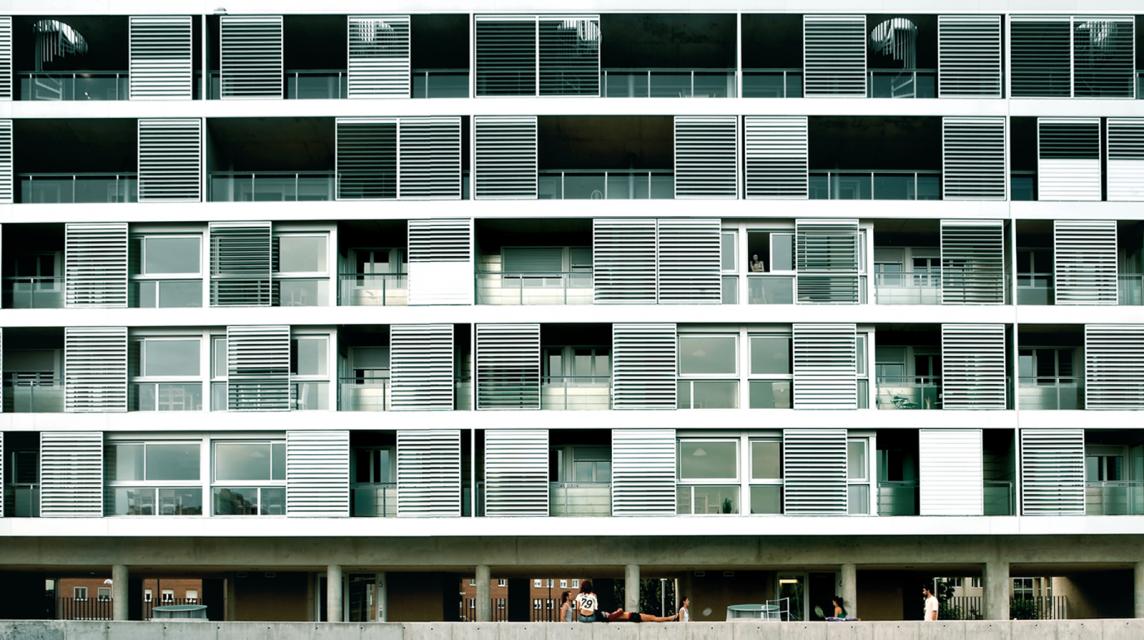 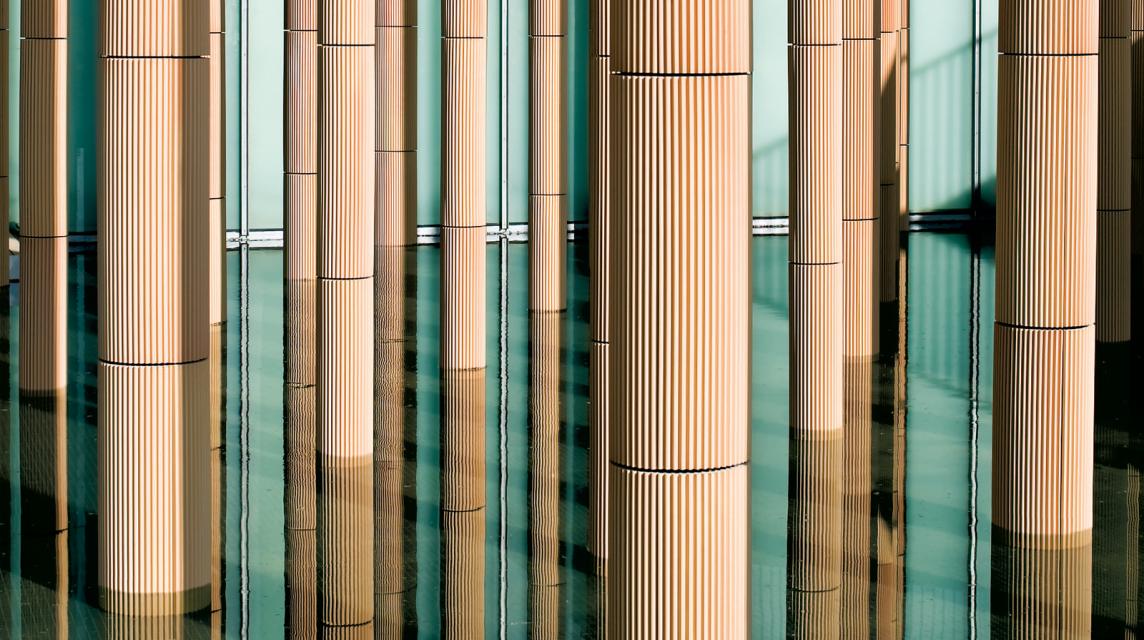 Francisco Mangado   Spain   Evoking the space of a forest, or of a group of bamboos on a surface of water, is the idea that has always been present in the project’s subconscious. On the one hand there is a desire to create a ‘building mechanism’ able to generate endless possibi 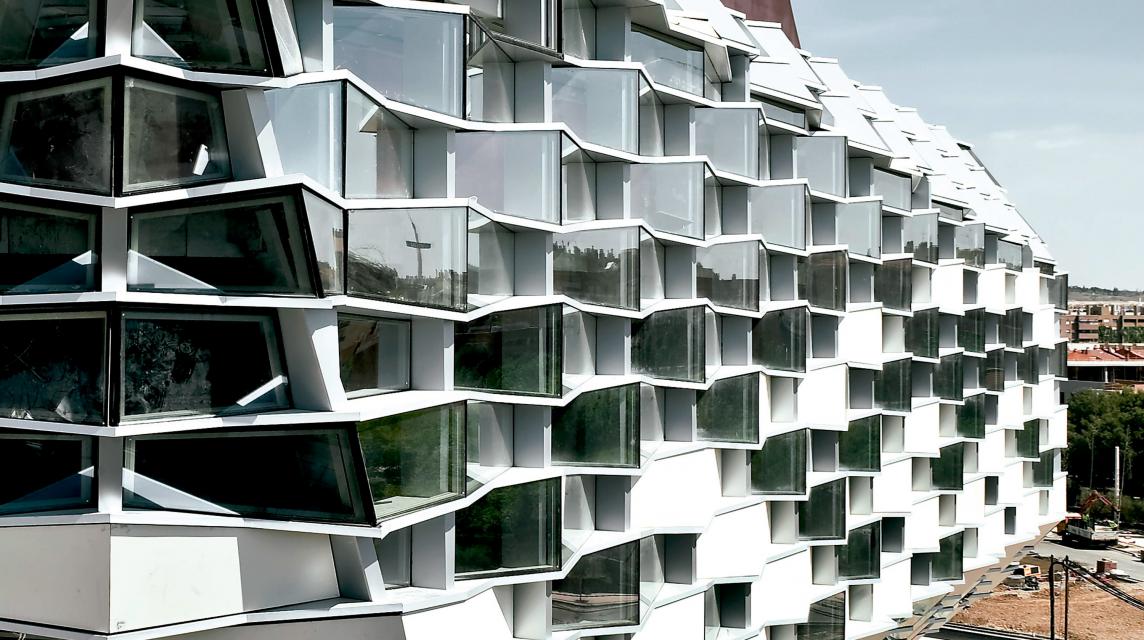 A Story of Expectations

Zaragoza 2008. During the summer the capital of Aragón will be the official venue of the International Exposition 2008, articulated around the environmental motto ‘Water and Sustainable Development’. The articles analyze the unavoidable debate on the management of the scarce water resources; the profitable growth of Zaragoza, which has known how to take advantage of this great event to improve its infrastructures, endow itself with new amenities and increase its presence in the global map of cities; and the artistic proposals that will colonize an Expo that hopes to achieve popular and economic success.

Sustainable Strategy. Located by the Ranillas meander, along the banks of the Ebro River, Expo 2008 harbors an architecture that is more concerned with long-term development than with the ephemeral spectacularity of world fairs. A hybrid of footbridge and building constitutes one of the accesses to the precinct and connects with the Congress Center, of jagged and variable profile, in which the use of prefabricated materials allowed building at the demanded speed; by its side, the hollow tower that evokes the qualities of water rises like a territorial landmark. At the other end of the complex, the prismatic volumes of double glazed skin that accommodate the Expo offices stand adjacent to the Aragón Pavilion, a basket lifted on three legs. Finally, the central piece of the International Exposition recalls a ceramic forest.

Exhibitions and Pavilions. The Aragonese capital has grown gradually thanks to secular commemorations. A brief run-through of the history of the Spanish pavilions leads us all the way to the current Expo.

European Auditoria. An opera, a theater and a concert hall propose new stages for Europe: an iceberg-shaped volume run aground on the shore of a Norwegian fjord; an orange-colored faceted piece livens up a Dutch city built on terrains reclaimed from the sea; and a translucent building takes on a sculptural character in the Alsatian capital.

To close, Pedro Zaragoza, the mayor who turned Benidorm into a paradise of mass tourism and an example of urban efficiency, passed away in April. A key player in the city’s design, he defended a festive touristic model, environmental quality and compactness in opposition to suburban sprawl, consolidating his proposal as an ecologically and economically feasible alternative.Products
Windows and Doors
English Summary
Zaragoza 2008
José Miguel Iribas
Learning from Benidorm
Luis Fernández-Galiano

An expo is an expo is an expo is an expo. It cannot be judged like conventional construction; its success or failure lie elsewhere. To begin with, an expo is an urban project that transforms a city with exceptional investments justified by the event; the most important things occur outside the site, and its best legacy are the new infrastructures – bridges, highways, stations or airports. Furthermore, an expo is an architectural laboratory that pursues technical and aesthetic innovation rather than consistency ; some permanent and many ephemeral, the assortment of structures puts to the test the feasibility of the site as an urban fragment. Lastly, an expo is a collective debate and a popular party that aims at publicizing major social themes in a playful way; the pavilions are stages of symbolic competition between political or economic actors that propose their priorities to the swarm of visitors. At the threshold of its opening, and in these three chapters, Zaragoza deserves an A- in urban planning, a B+ in architecture and a question mark in entertainment.

As regards infrastructures, the high-speed train, the new airport and the improvement of the roads have stressed the geographic centrality of the city, at the intersection of the Madrid-Barcelona axis with the one between the Mediterranean and the Atlantic, at the heart of the wealthier Spain. Moreover, putting most of the pavilions under the same roof has limited innovation, also restricted by the predictable programs of excellent works like the Expo offices or the Congress Center, so the experimental attitude – excluding the small ephemeral structures – is reduced to the Water Tower, the Aragón Pavilion and, above all, to the uncanny Bridge Pavilion and the extraordinary Spanish Pavilion, a ceramic forest that rescues the event. To close, and pending the final evaluation, the motto chosen as guiding thread of exhibitions and events – water and sustainable development – seems a timely one, but it is not sure that its didactic content will be able to provide the entertainment that these temporary amusement parks must always offer.


A century after the Hispanic-French Exhibition, Zaragoza has eluded its historical protagonism in the war started in 1808 to center on a pressing issue, the management of the planet’s resources, focusing on water as suits its paradoxical condition of being both the largest city bathed by Spain’s biggest river and the capital of a dry region, dotted with deserts, where water is regenerationist dream, unredeeming emotion and core of contemporary politics. Leaving to Madrid and the Prado’s Goyas the debate on the nation and its metaphors, indifferent to the renewed polemics between absolutists and liberals, and deaf also to the discussion about whether the war with the French that the British call Peninsular War was one of the revolutions that shook America and Europe circa 1800, Zaragoza celebrates its bicentennial with a liquid fiesta – between two Asian events, Aichi 2005 and Shanghai 2010 –, which brings together the pressures of a globe where millions lack drinking water and the demands of a dry land that has turned water into its physical and sentimental treasure.