Fingers save us from the digital. Beyond the etymological paradox, the reality they perceive serves as material support before the unsettling evanescence of the virtual. When the context dissolves into pixels or bits, the tactile recovers the sense of presence, and the marks of hands convey the passage of time. We leave traces in the world through the handling of the environment, and only the irregularities of texture or line reflect the tremor of life in the making of objects or buildings, spanning the temporal distance to establish a dialogue with the craftsman behind them. Today, as artificial intelligence and robotics create a post-human universe, the moving imperfection of everything shaped by the hands of our fellow human beings reconciles us with our condition and gives us relief from the vertigo of transition.

I have quoted Focillon so extensively because his formalism, which extended to art critics like Bernard Berenson or Clement Greenberg, has become an unjustly dismissive term, suffering as much abrasion as the vitalism of Henri Bergson, the philosopher who was his main influence, or like the material history of his Yale disciple George Kubler, who in The Shape of Time used formal sequences to explain the evolution of objects. This tradition, which reaches us with a materialist accent in the Richard Sennett of The Craftsman and with a phenomenological aura in the Juhani Pallasmaa of The Thinking Hand, establishes a connection between form and hand that leaves in the works the signs of their human origin and traces of their journey through time. Defending the hand is defending form and matter in an increasingly immaterial and formless world.

el País   Luis Fernández-Galiano   A pink facade, a yellow lattice, a violet wall: the work of Luis Barragán abounds in rugged textures and fiery colors, a surprising mix of tactile roughness and visual violence accompanied by a parallel devotion to Franciscan austerity and oriental s

Luis Fernández-Galiano   After each catastrophe, Japan reinvents itself. The design by the Israeli Yossi Lemel and the letter by the Swiss Daniel de Roulet are two answers to the tragedy of 11.3.11 whose common title, borrowed here, makes reference to the film by Alain de Re

Arquitectura Viva 39   Luis Fernández-Galiano   Le Corbusier arrives in New York and finds its skyscrapers small. Rem Koolhaas builds a convention center of almost a million cubic meters in Lille and points out that is only an eighth part of the volume of the world’s largest building; and it would 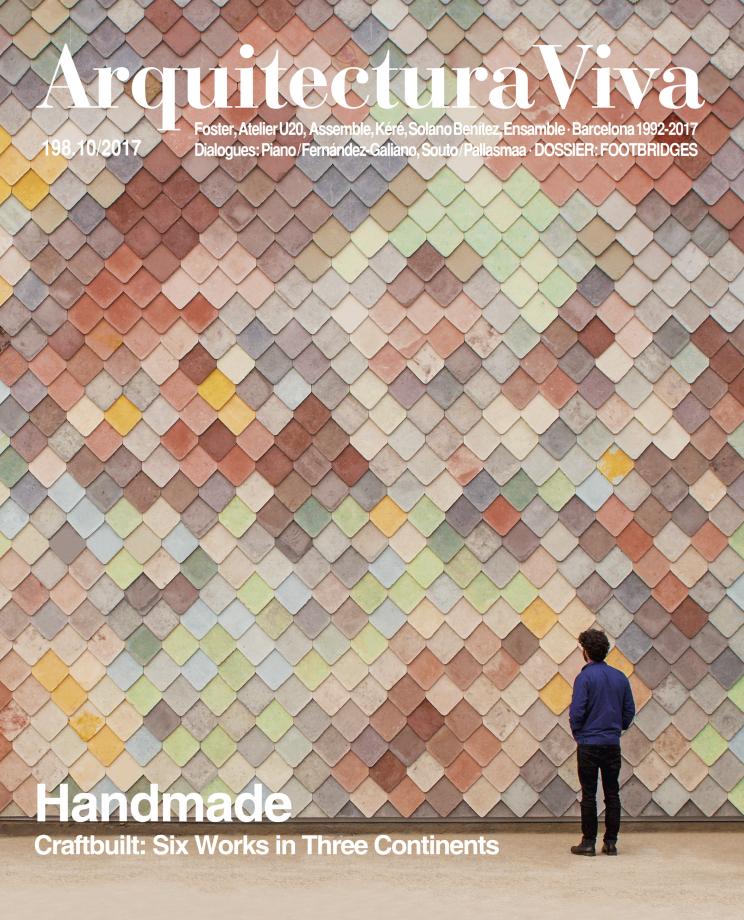