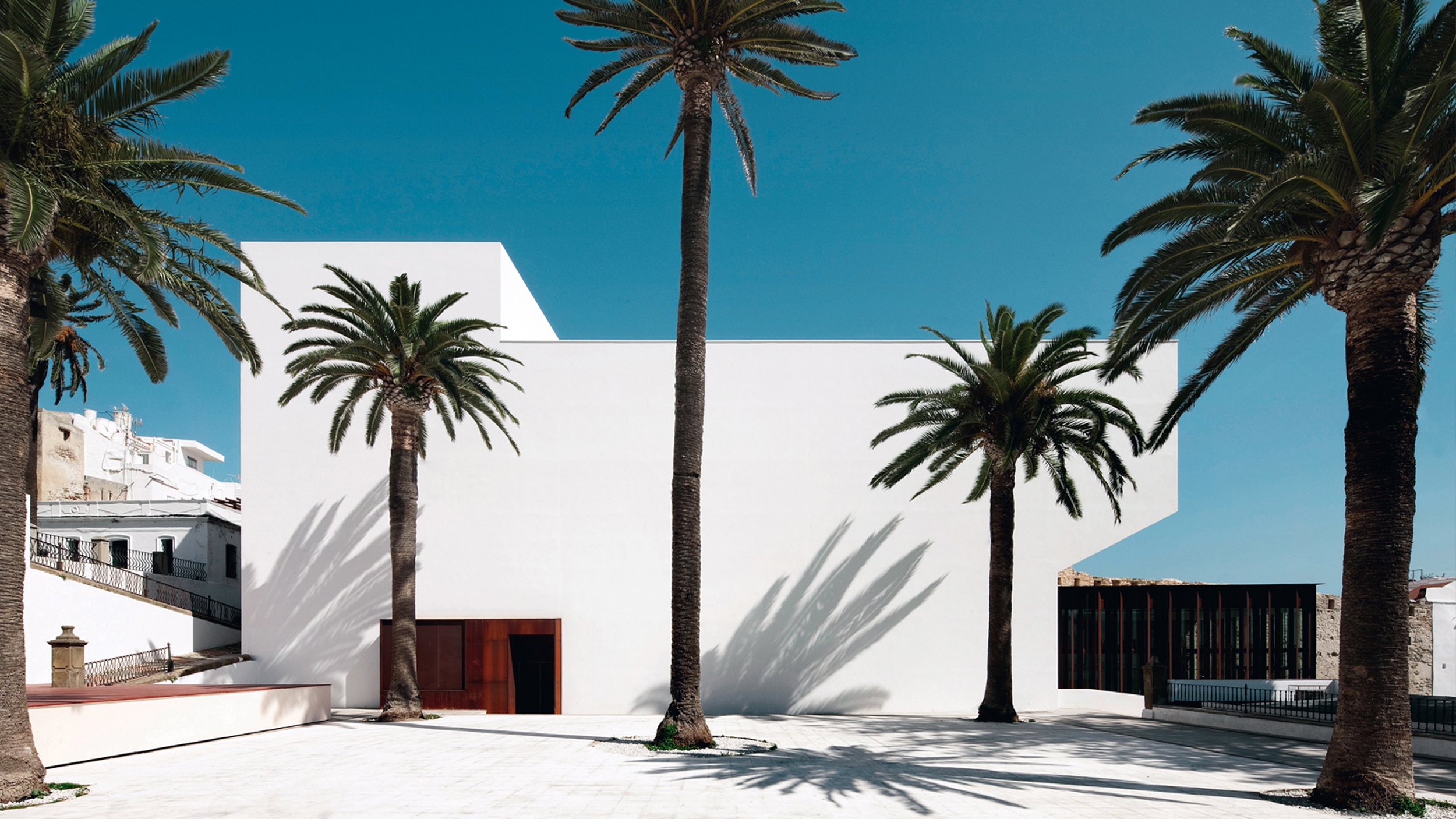 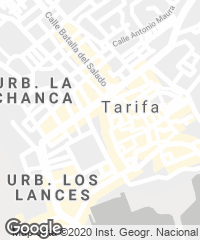 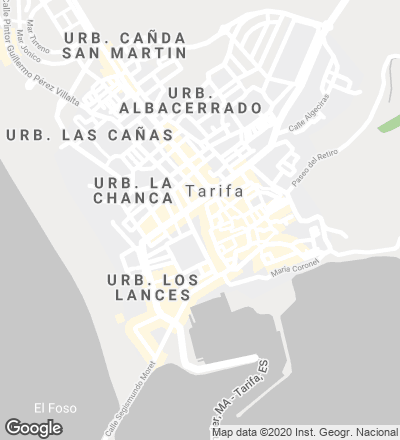 Located up high on the Paseo de la Alameda, the building has a vantage position within the city center, from which it enjoys views of the whole promenade and of the fishing port of Tarifa. The plot has a slightly uneven shape with two clearly differentiated parts. The largest one of them is trapezoidal in shape and was in the past used to accommodate the hall and stage of the old theater. The other part is longer and smaller, and is connected to the former almost perpendicularly, and is where the main lobby of the old theater was located, with entrance from Colón street. 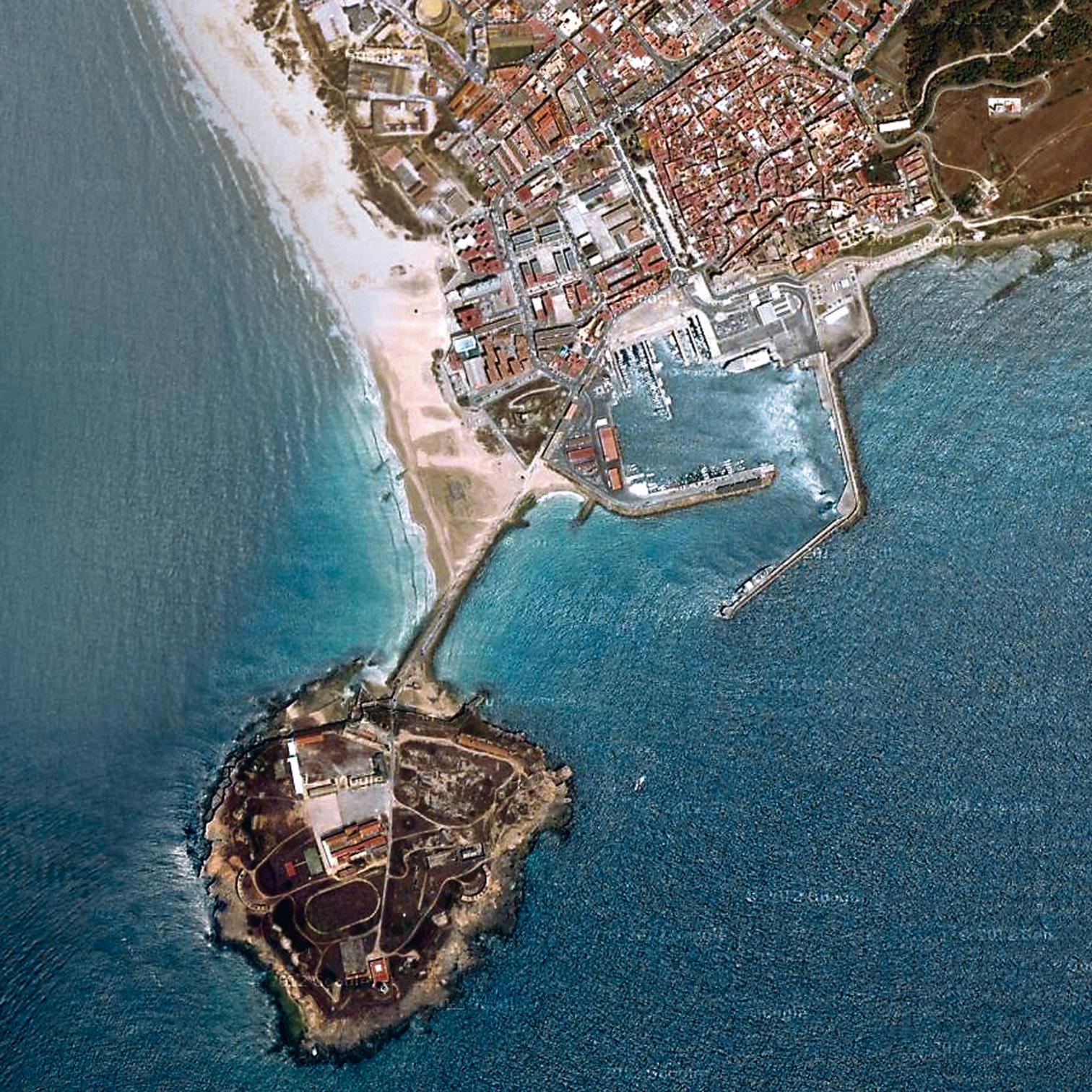 The theater marks the end of the upper part of the Paseo de la Alameda. Its complete renovation makes it suitable for a variety of performances, which take place in a hall whose geometry is reflected on the outside.

The design makes the new theater suitable for all sorts of cultural activities: plays, musicals, movies, conferences and so on. A total refurbishment of the building was necessary to make this possible, starting with a morphological and technical updating of the stage, which has been extended to reach a depth of eight meters. Furthermore, to ensure that all the spectators have a good visibility towards the stage, the form of the hall has been changed, and the stands rest on a single sloping surface which rises towards the rear part of the hall. The sound and light control booth is in the upper part of the stands. 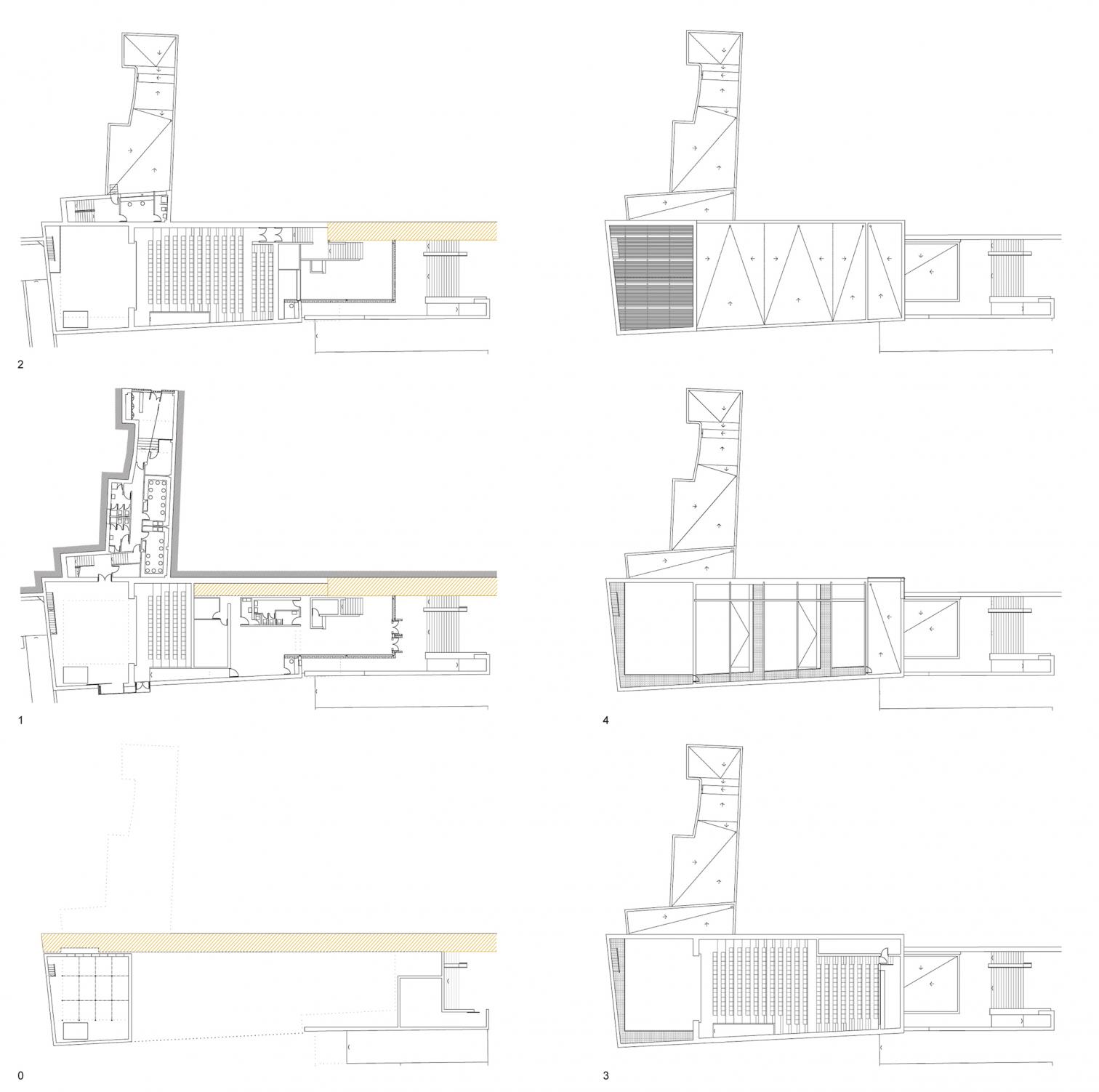 As for the auxiliary spaces, the brief demanded including dressing rooms with their corresponding restrooms, a stage box, a lobby and public areas that would allow the building to be configured as a meeting place and social showcase. The privileged location of the building in the urban center of Tarifa and its position tangent to the medieval wall encouraged to place the public entrance on the Paseo de la Alameda. Part of the medieval wall rounds off the promenade by making its way into the glazed lobby, which is clad with cor-ten steel slats. Remains of the Nasrid city wall emerged during the construction, and these have become part of the building and part of the itinerary. Furthermore, staff and artists enter the building through a more restricted access on Colón street. 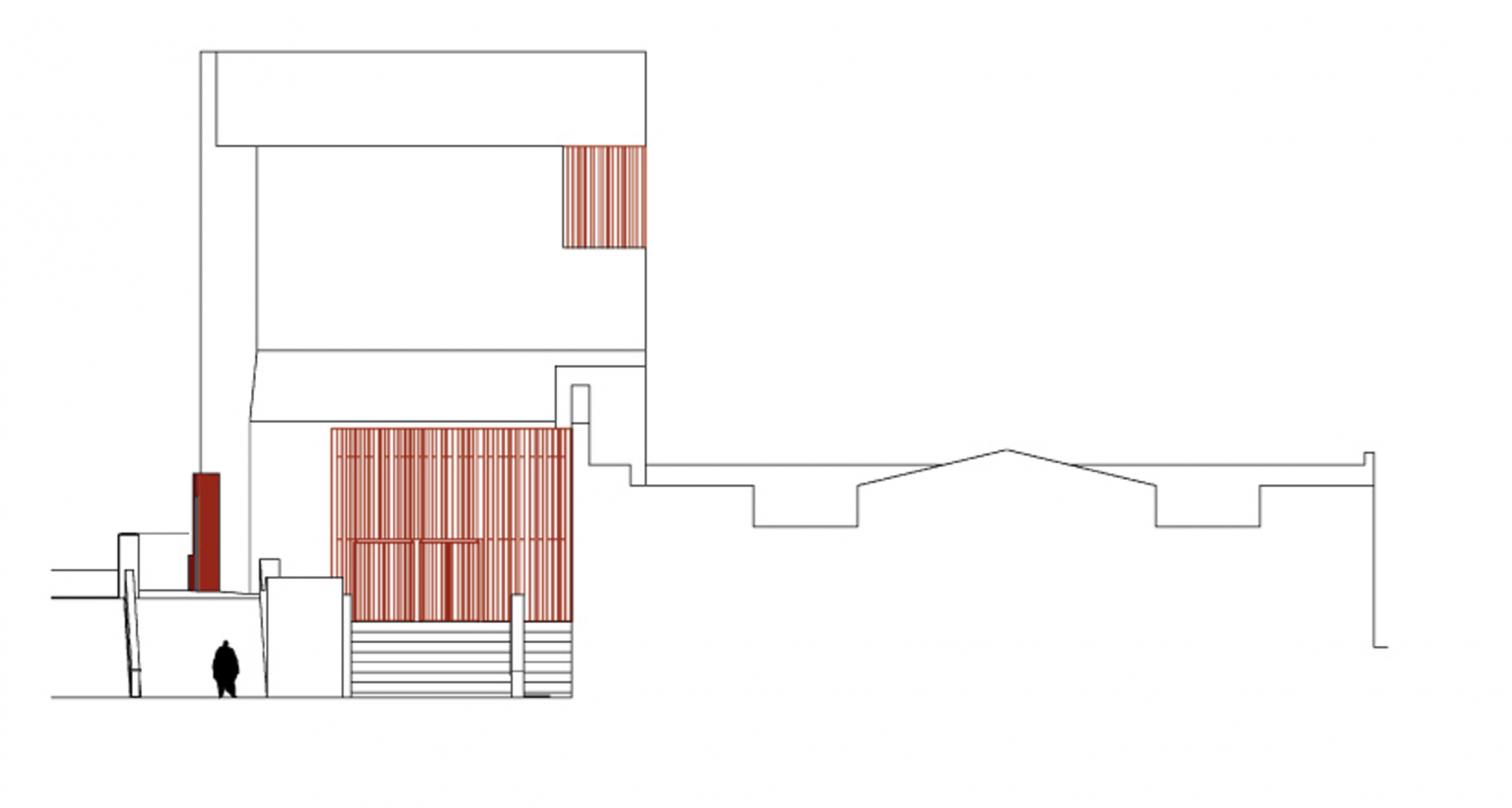 The building goes up on an uneven L-shaped plot that allows directing the circulation of visitors from the promenade, and that of staff and artists through Colón street, defining effective and simple linear itineraries. 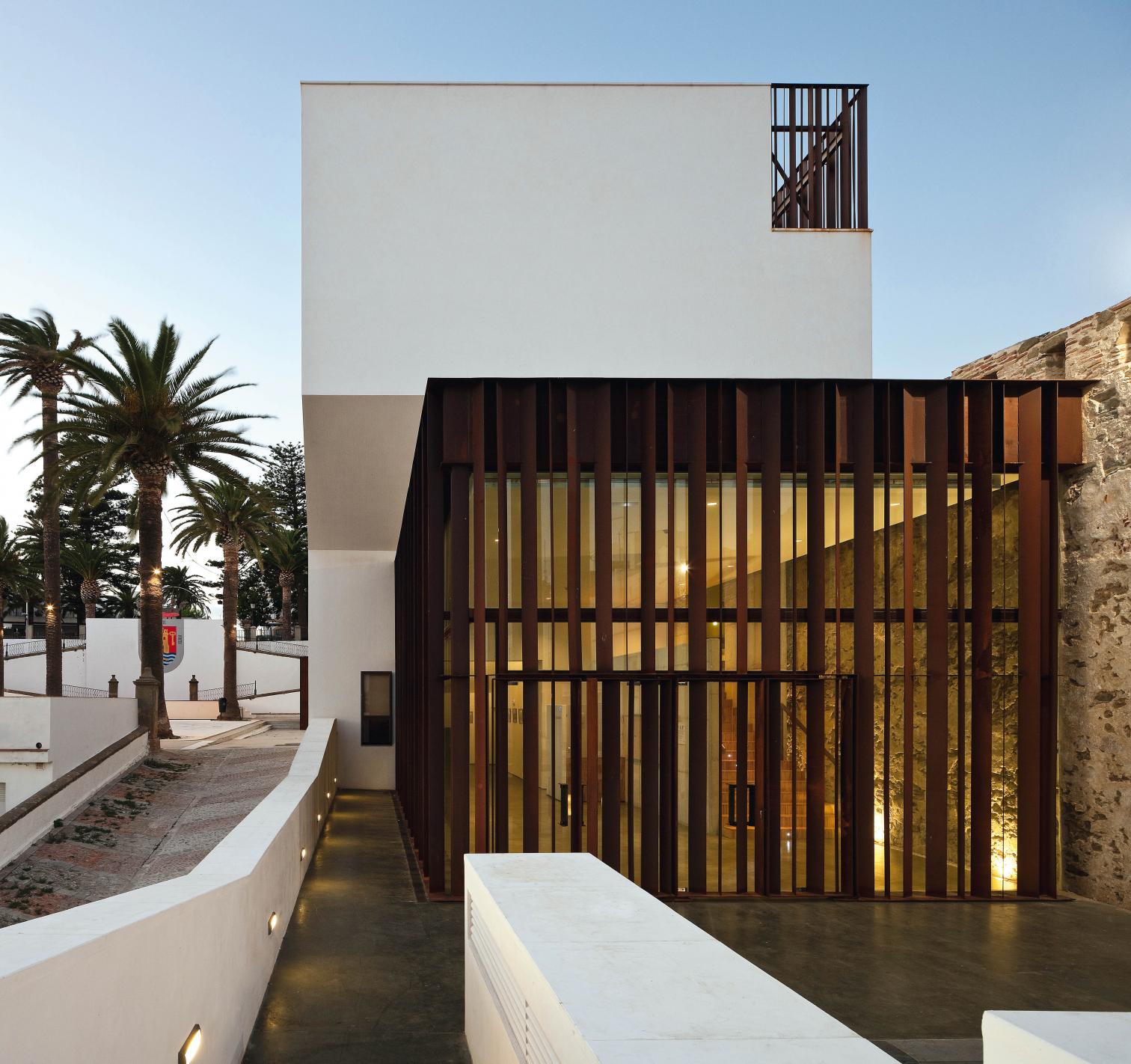 The cor-ten steel slats used in the accesses contrast with the white, bare walls of the main volume, and perform at the same time as screens to protect the interior  of the building from  harsh sunlight.

From the outside the theater rises as a white and bright volume, with no superfluous features and contrasting strongly with the orange tone of the access elements, made of cor-ten steel, and with the worn out surfaces of the city walls. It is, all in all, a contrast between the timeless, abstract white and the steel and stone, which reflect the passage of time. 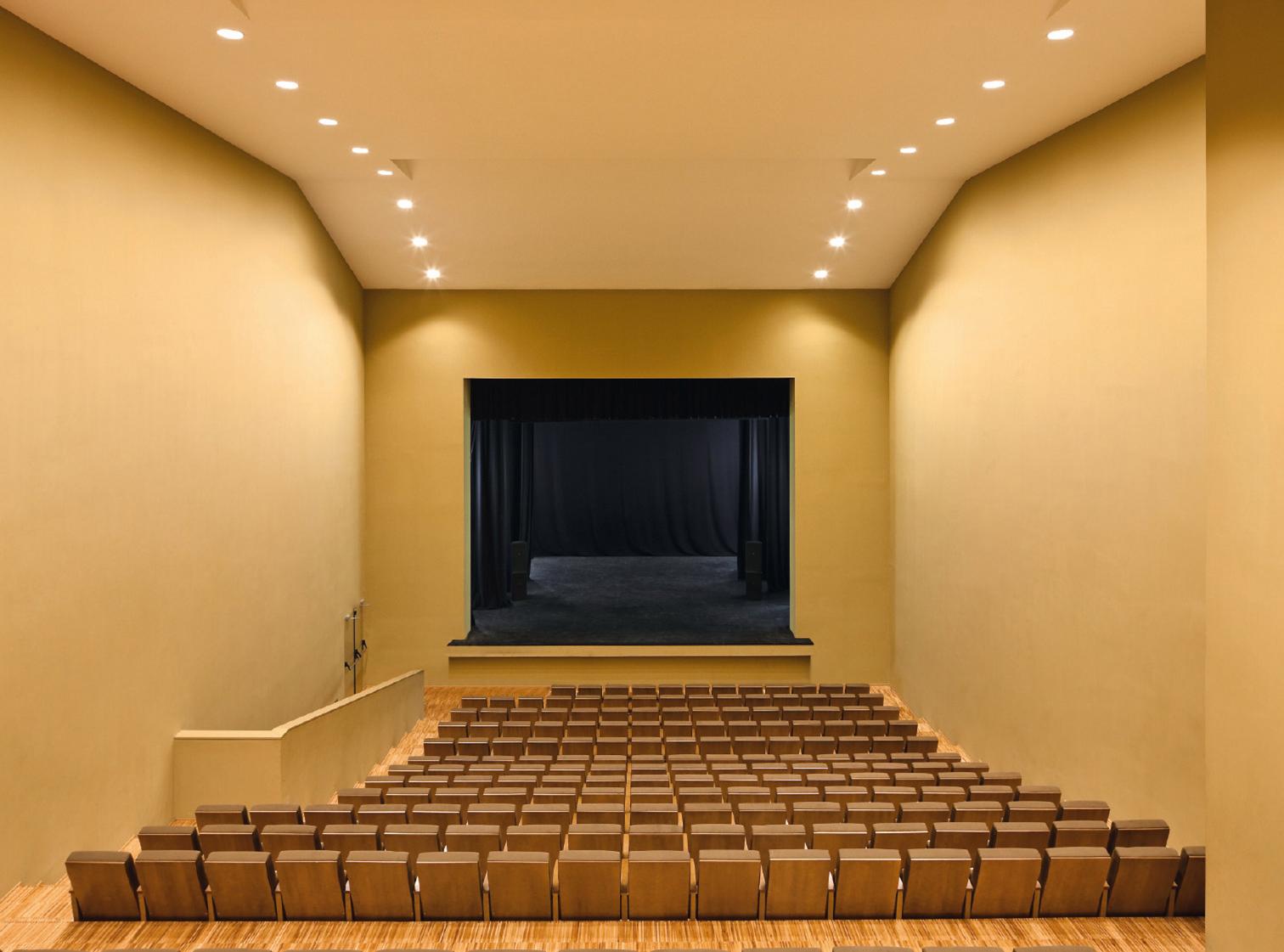 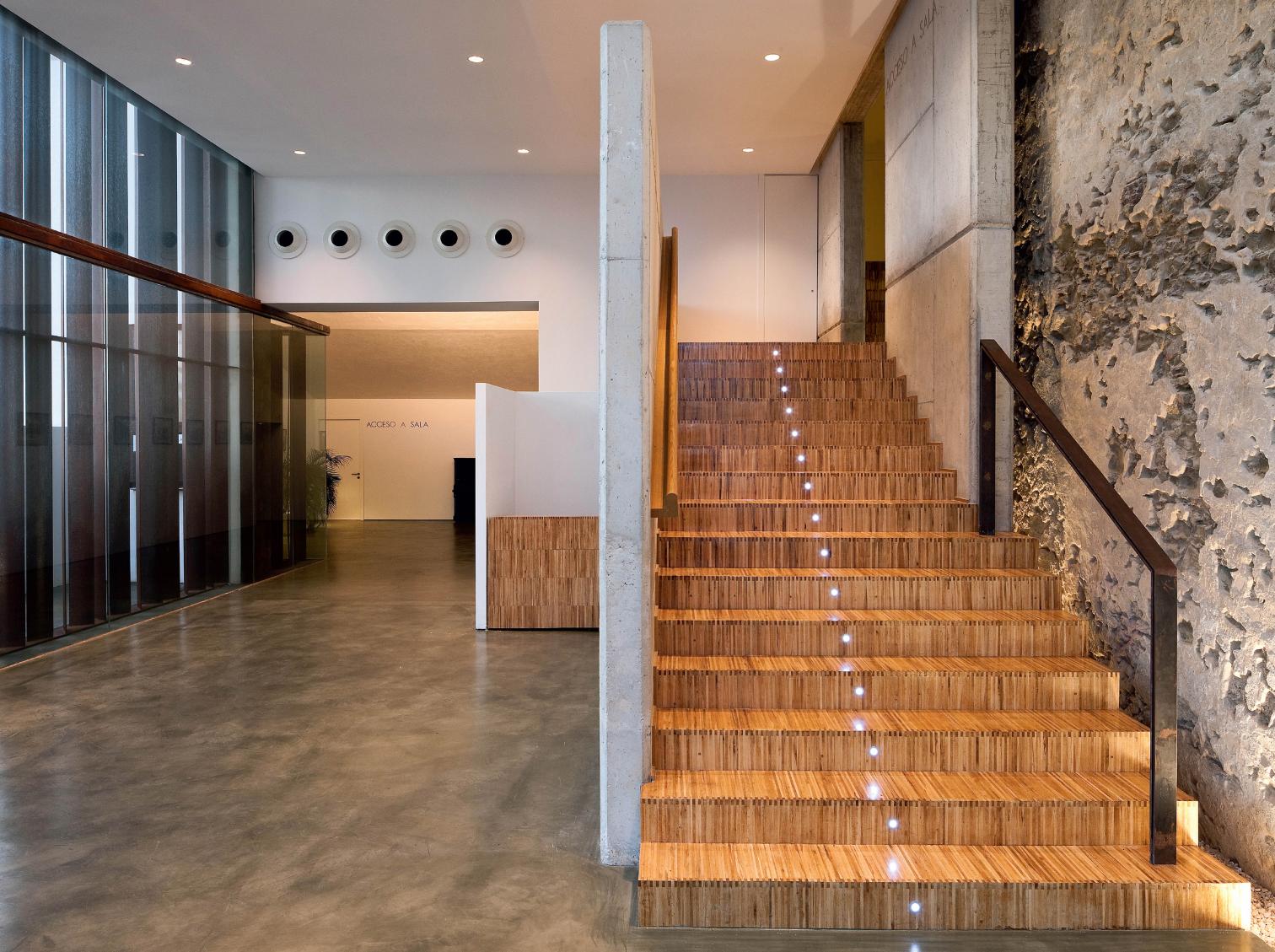 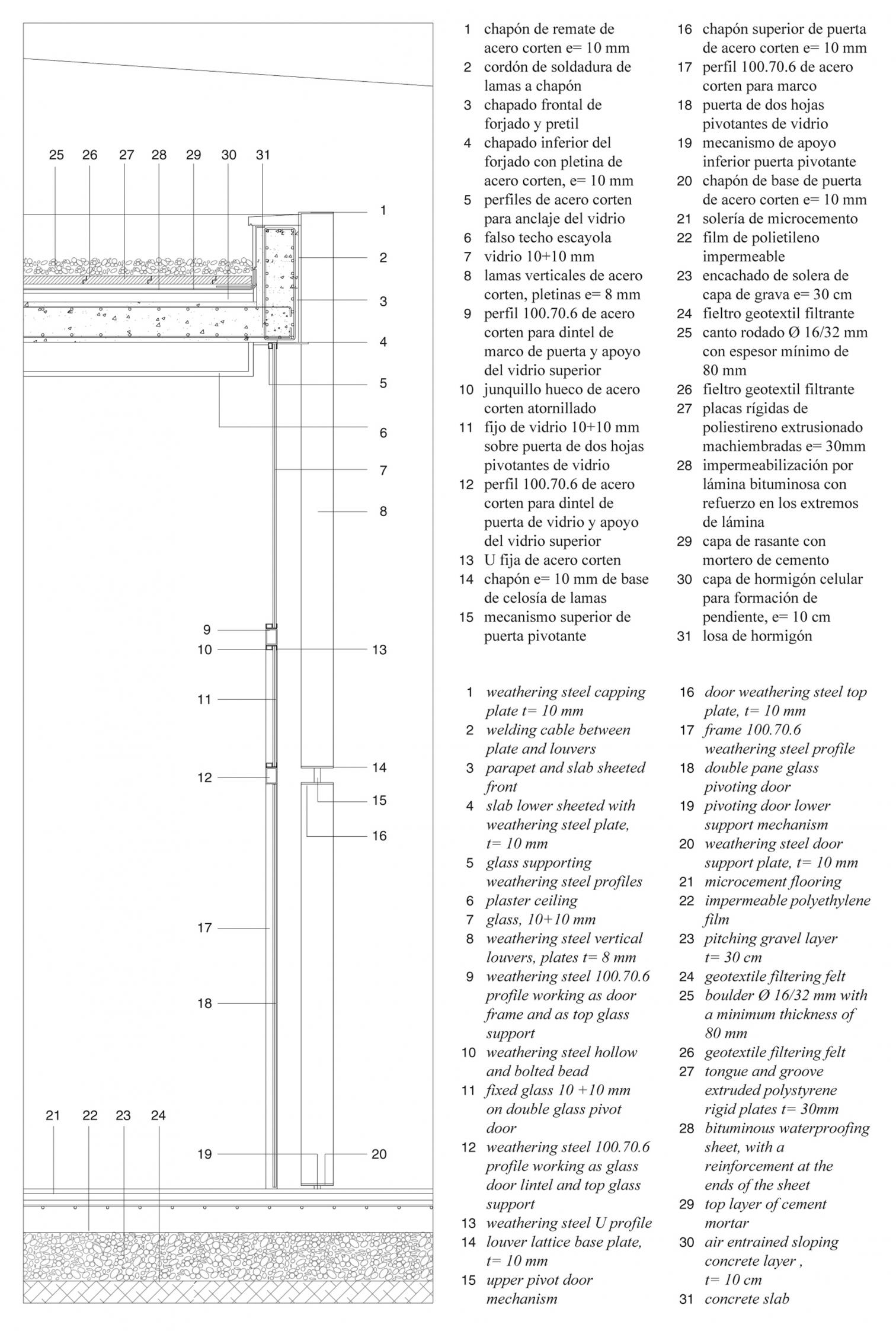 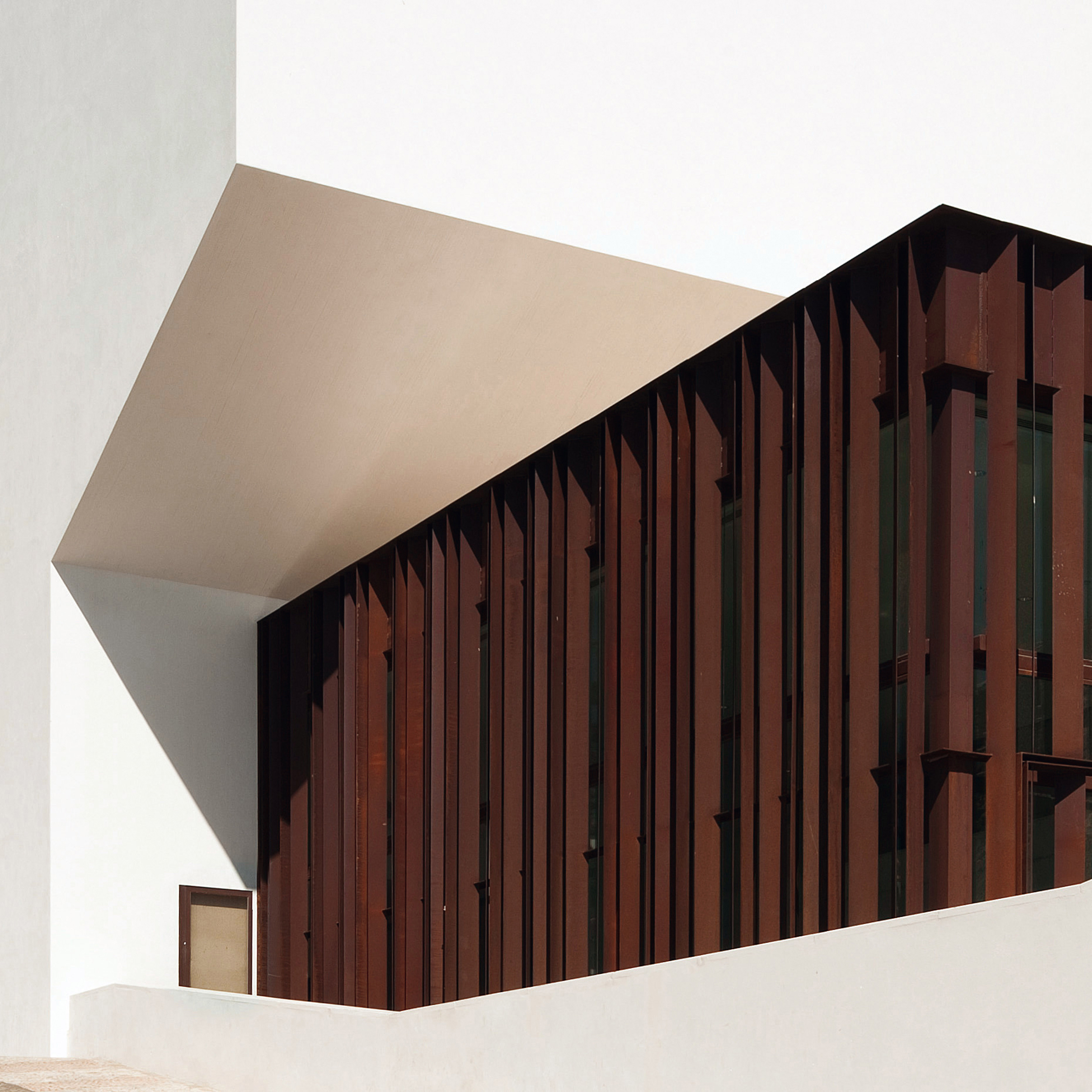 Nieto Sobejano   Spain   With a dense program that includes an auditorium for music, theater, opera and an exhibition hall, the new congress center of Mérida has, above all, a strong symbolic load. Located on the banks of the Guadiana river, between the bridges of Ferrocarri

Ramón González de la Peña   Spain   To the east Jerez’s urban center, the area for which the Sports Pavilion was designed in 1997 already had several sports installations, as well as others in progress, following a defined layout. During the construction period, they underwent a period

Nieto Sobejano   Spain   The romantic image of the ruins, so often rejected as nostalgic and anachronistic, is capable of transmitting, however, not only the evocative power of the constructions of the past but also the destructive force of time and nature. In this duality -

Navarro Baldeweg, Inauguration of the Canal