With a project titled ‘El jardín en movimiento’ (‘The Garden in Motion’), the practice of Francisco Burgos and Ginés Garrido (BGA) – in collaboration with Typsa Ingenieros Consultores y Arquitectos, GEA 21 and Laura Jeschke – has placed first in the ideas competition organized by Bilbao Ría 2000 for a park in Barakaldo, specifically in the Galindo-Este area along the edge of the Nervión estuary.

The park will ease access from Barakaldo to the Ría, now partly blocked by the railway, and it will wrap up the urbanization process of the avenue Altos Hornos de Vizcaya. An artificial topography will create a smooth connection, resolving grade differences, between the banks of the estuary and the urban front of east Barakaldo.

The park will have three bands: a large three-lined terrace overlooking the Nervión; a slope carpeted with wild, spontaneously growing plants that serves to smoothen out the uneven terrain while providing accessways; and an open space for a variety of events, south of the Portu dock.

The scheme also proposes three small wooden constructions. The first one restores the original morphology of the historical French-Belgian loading platform, extending it with a walkway to Avenida Altos Hornos de Vizcaya which with a new staircase links the upper terrace to the heart of the park. The second one is a shed for different uses (restaurant, classrooms, and more). And the third one, facing south and towards the pier, is a grandstand where people will stop and rest, and dock small boats like kayaks.

The design limits energy consumption during construction and in subsequent upkeep, and incorporates equipment for efficient administration of shallow waters, improving natural drainage and adding SUDS (Urban Systems for Sustainable Drainage), a strategy for adapting to climate change in cities, with permeable pavements and infiltration-lamination ponds that harness fluvial waters. 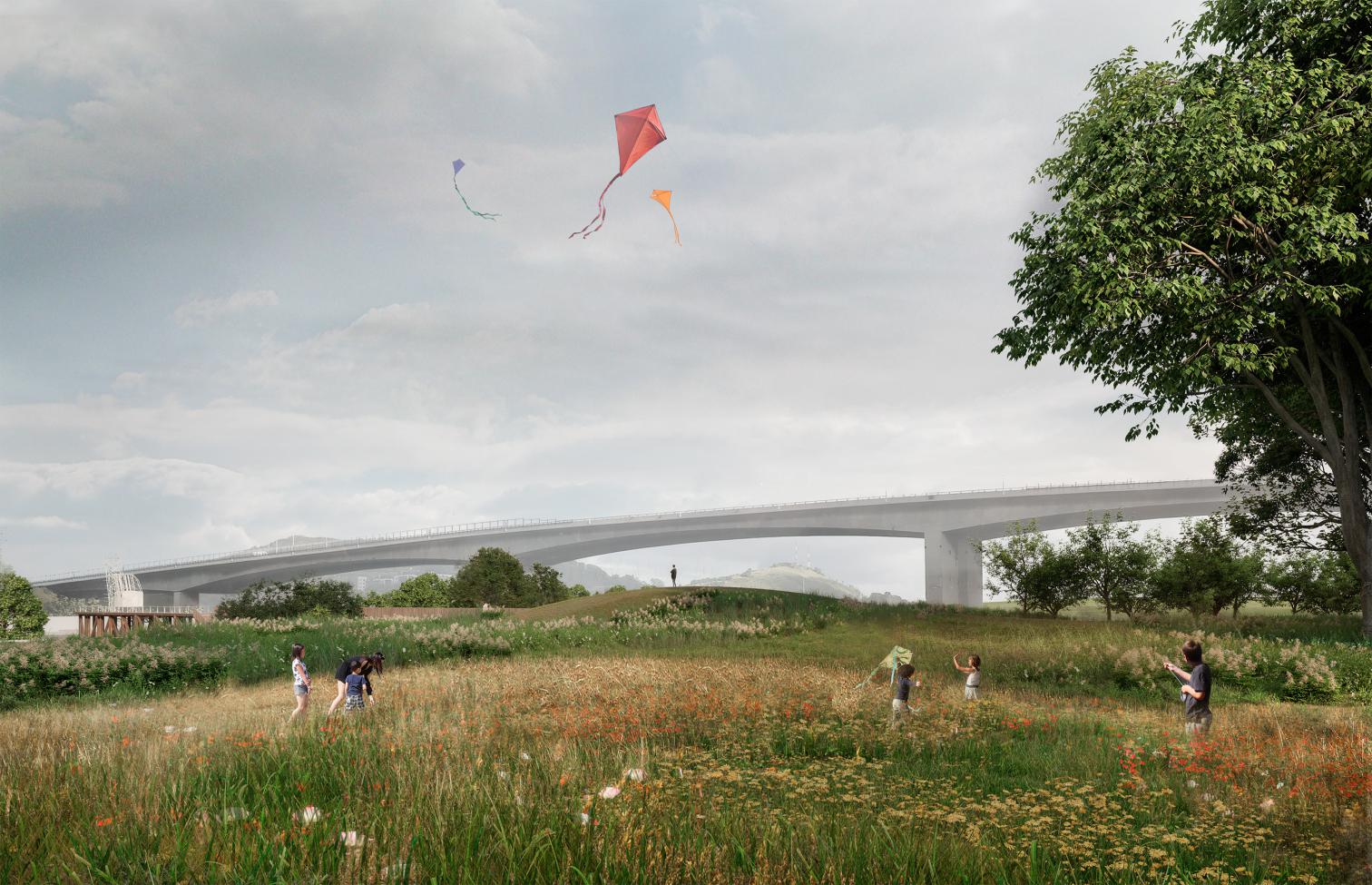 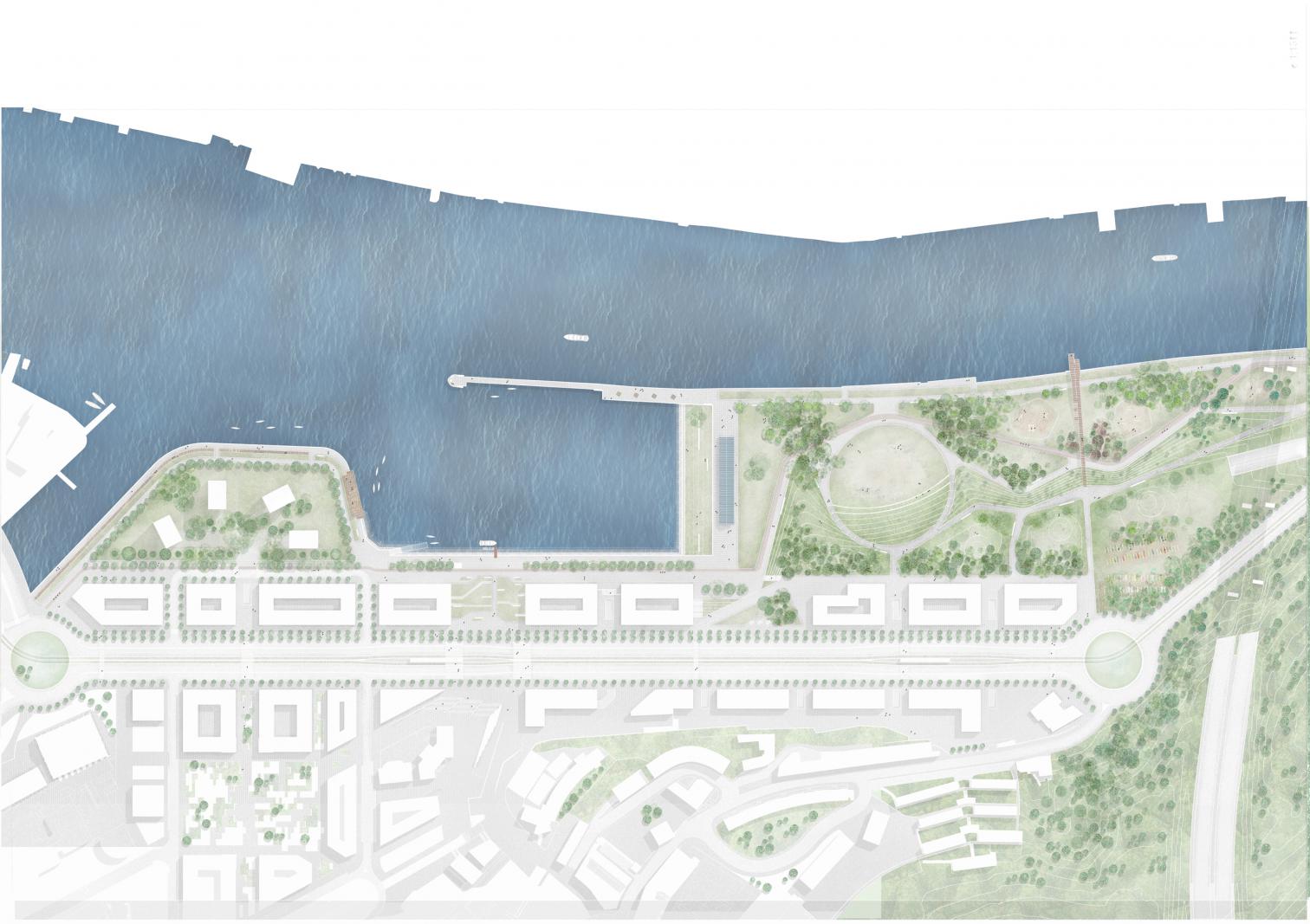 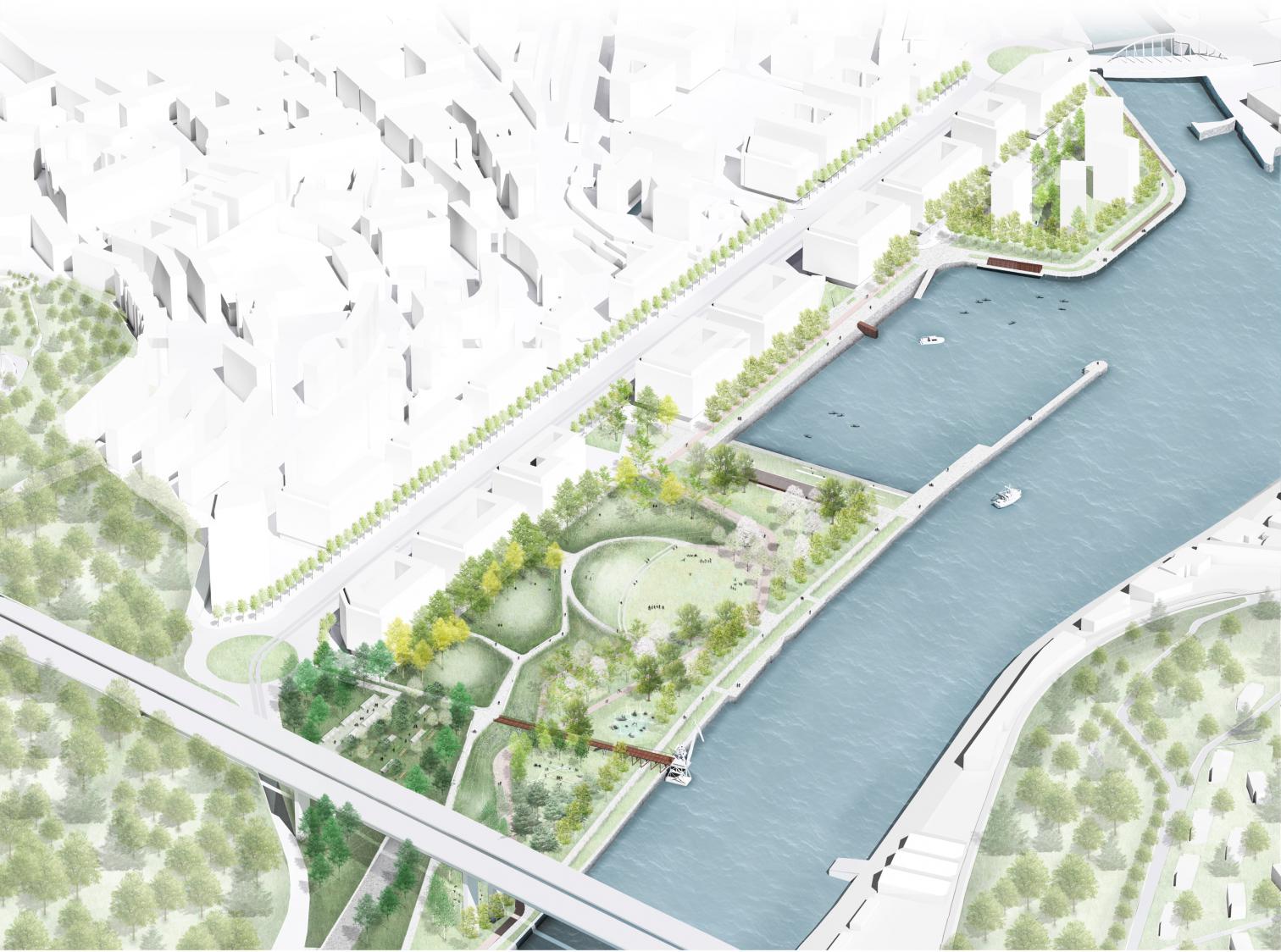 Burgos & Garrido   Spain   Any social housing project endures strong pressure to reduce costs and accomplish more with less. To face these restrictions this scheme is based on seriation on both organizational and constructive levels. The complex comprises several pragmatic and

Burgos & Garrido   Spain   The project was developed within the social  housing program for the young promotedby the Community of Madrid. This type of rental housing establishes a strict range of 35 to 55 square meters of floor area per dwelling. Working within this range mean

Burgos & Garrido   Spain   ‘A Line Over the Miño,’ a project carried out by Burgos & Garrido in collaboration with Bernabeu Ingenieros, turned out the winner in the proceedings negotiated to select from the best three entries to the ideas competution for a pedestrian and c

Burgos & Garrido Ayllón Paradela De Andrés   Spain   Two Madrid practices – one headed by Francisco Burgos and Ginés Garrido, the other by Javier Alejo Hernández Ayllón, Verónica Paradela Pernas, and Javier de Andrés de Vicente – have worked together on a proposal that has won for them the competition

Burgos & Garrido   Spain   The project stems from the idea that the best neighborhood needn’t be made up of unique pieces, but rather that specific elements such as systematicity, homogeneity and expressive moderation are essential in residential buildings. In this way, the bl

Burgos & Garrido LLAMA Urban Design   Peru   Echoing Limas traditional courtyards, the museum features an open-air space that wraps up the park and makes it possible to regulate the flow of visitors by leading them to the new entrances.

Héctor Fernández Elorza Manuel Fernández Ramírez   Spain   The topographic difference, which reaches 14 meters, is solved with an armored ground wall that contains the land. The wall consists of four steps made of galvanized steel mesh and large boulders, set back 1.5 meters from each other... [+]