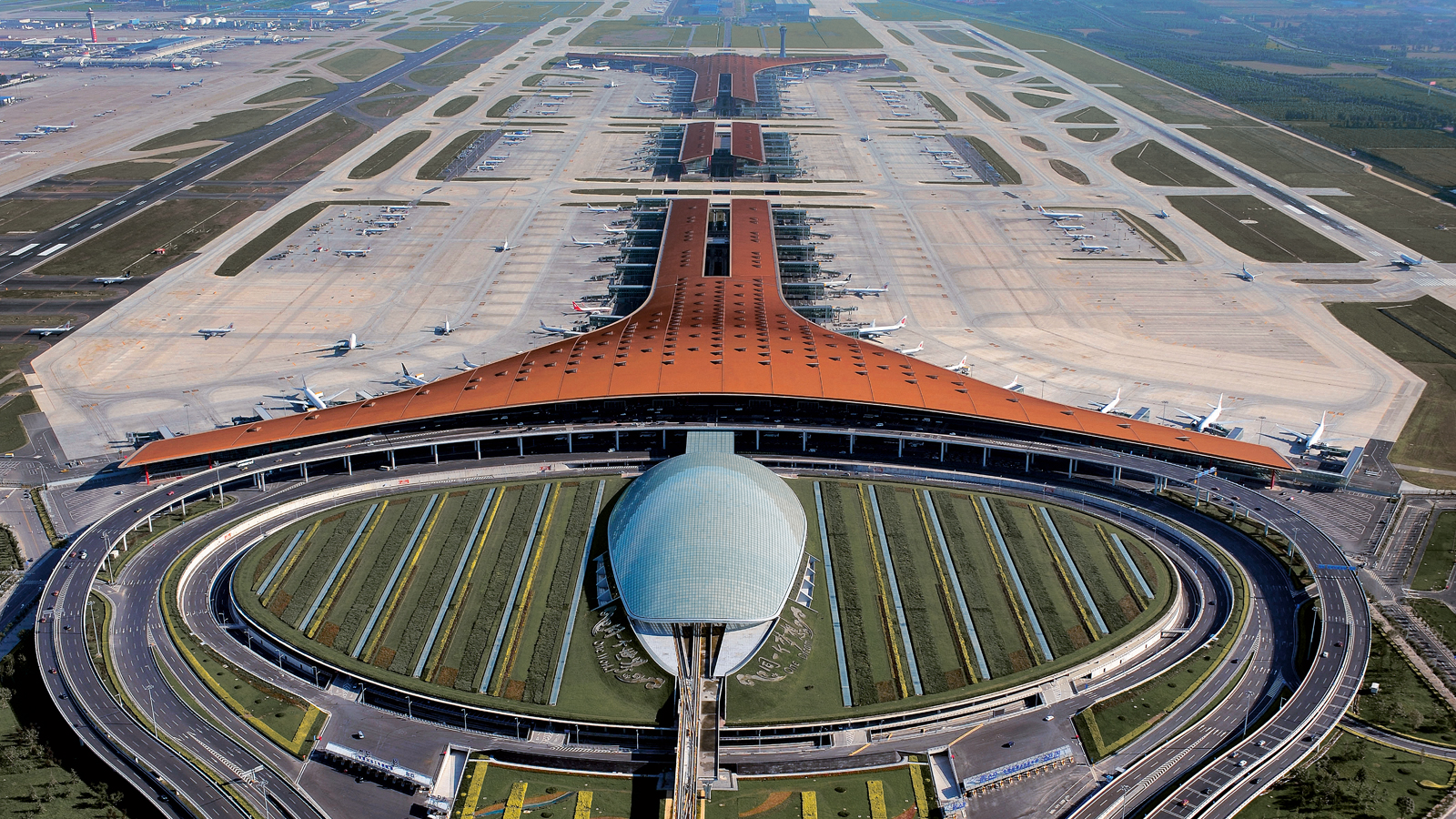 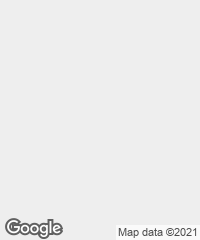 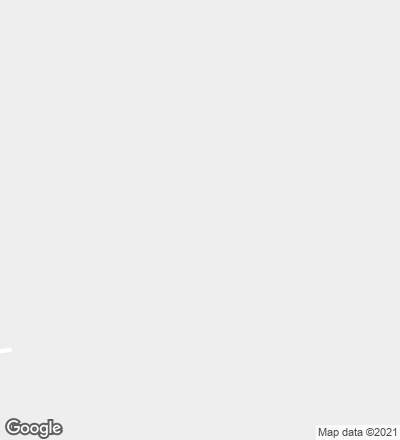 Just four years after the commission was confirmed, the world’s largest building, Terminal 3 at Beijing Capital International Airport, opened its doors. The 1.3 million square metres estimated to be used by 50 million passengers per annum were designed and completed at a frenetic pace, in just over four years, bringing together 50,000 workers at one point. Besides its incomparable size and technology, the complex also sought to be the latest in operational efficiency, passenger comfort, and sustainability. Its function as a welcoming space, specially thought out with the athletes participating in the Beijing Olympics in mind, led the architects to address concepts like user-friendliness and upliftment. They designed a soaring aerodynamic roof and a dragon-like form that celebrate the thrill and poetry of flight. The sinuous golden roof resonates with the Forbidden City, and the interior palette of red through orange to yellow evokes the traditional colours of China while establishing a clear-cut zoning system and contributing to easy wayfinding in such an enormous airport.

Three long volumes are arranged in a line that fans out at either end to accommodate the usual arrival and departure halls. The south volume embraces an oval garden, at the centre of which is a fourth, hazelnut-shaped volume. This is the so-called GTC (Ground Transportation Centre), the train station that connects the airport to the city centre. Although the terminal’s length from north to south is over three kilometres, the visual links between the three elements are maintained. Along the central axis lies a courtyard flanked by a sequence of red pillars that continues along the external edges of the building, in evocation of traditional Chinese temples. In a single, sweeping welcome gesture, the terminal’s curved cantilever embraces people arriving by road or from the GTC. The welcome concept continues inside with the arrivals area placed on the upper level, allowing newly-landed visitors to experience the space from the best vantage point.

The roof is a steel space frame with coloured metal decking and triangular perforations. It curves, raising at its midpoint to create a cathedral-like space, and tapering towards the edges of the building. The terminal incorporates a range of passive energy-saving concepts like south-east orientated skylights and an integrated environmental-control system that minimises energy consumption and carbon emissions. 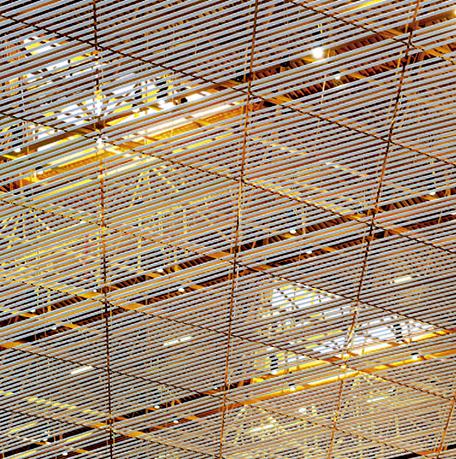 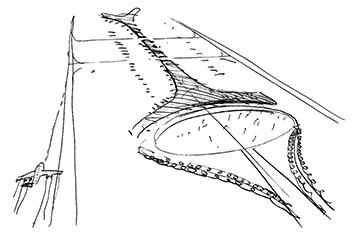 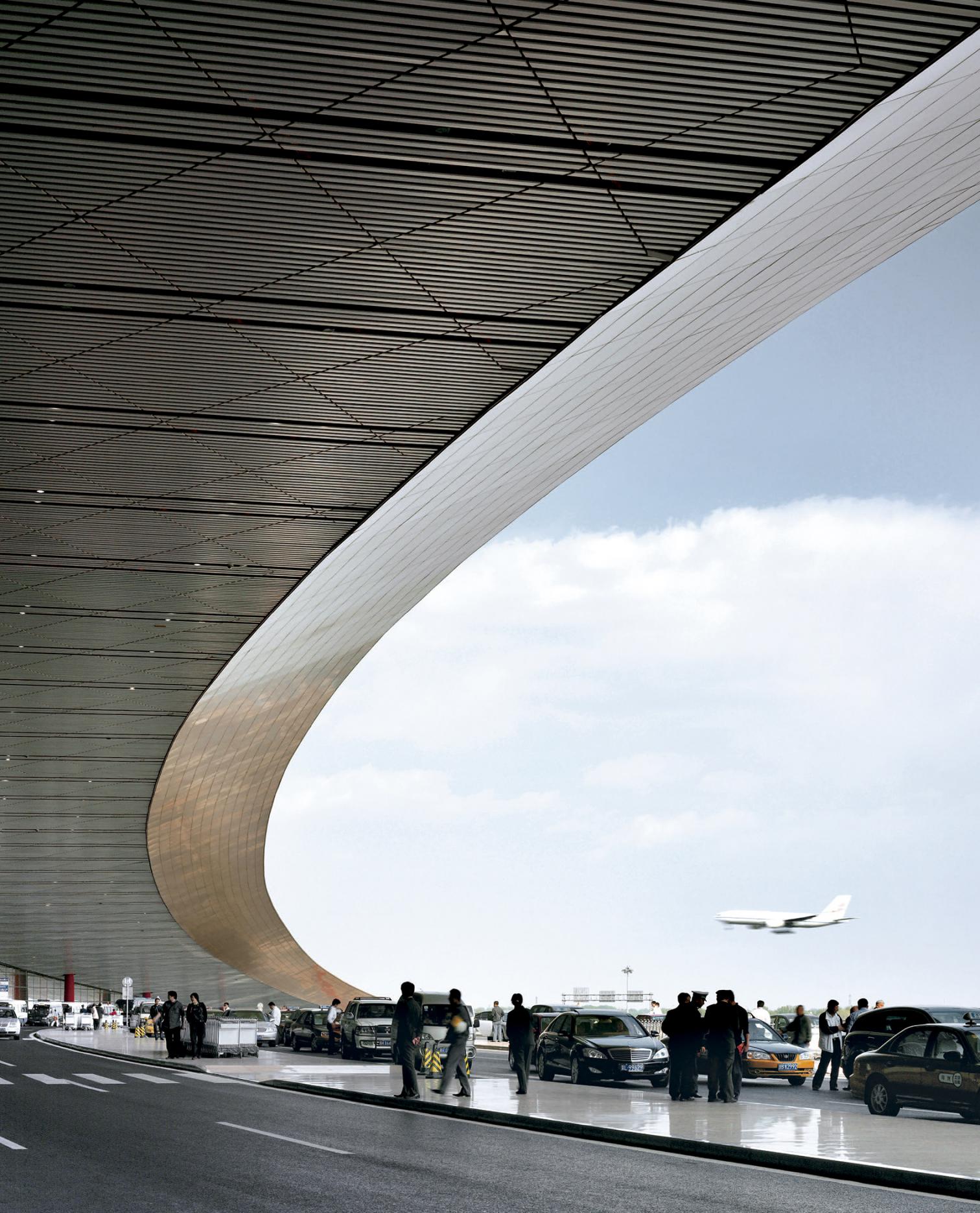 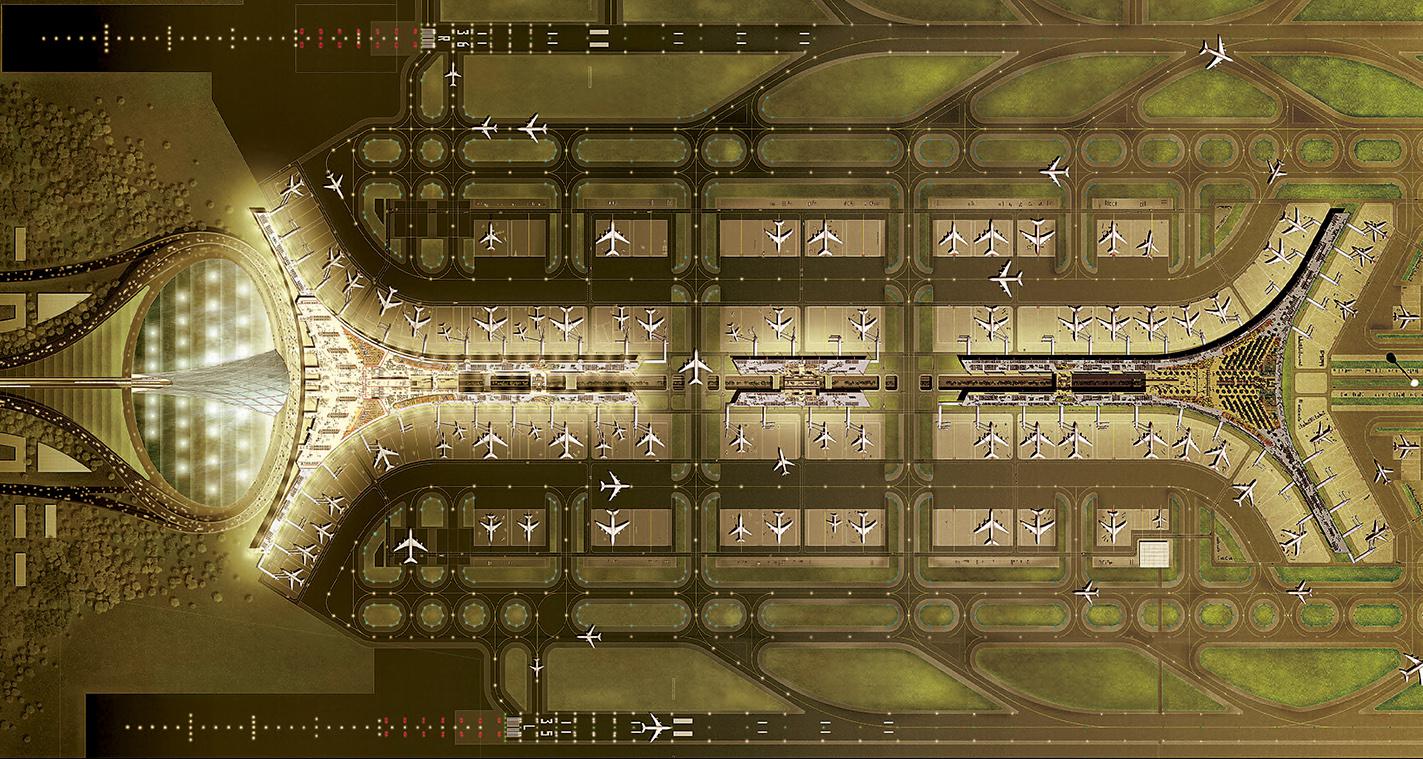 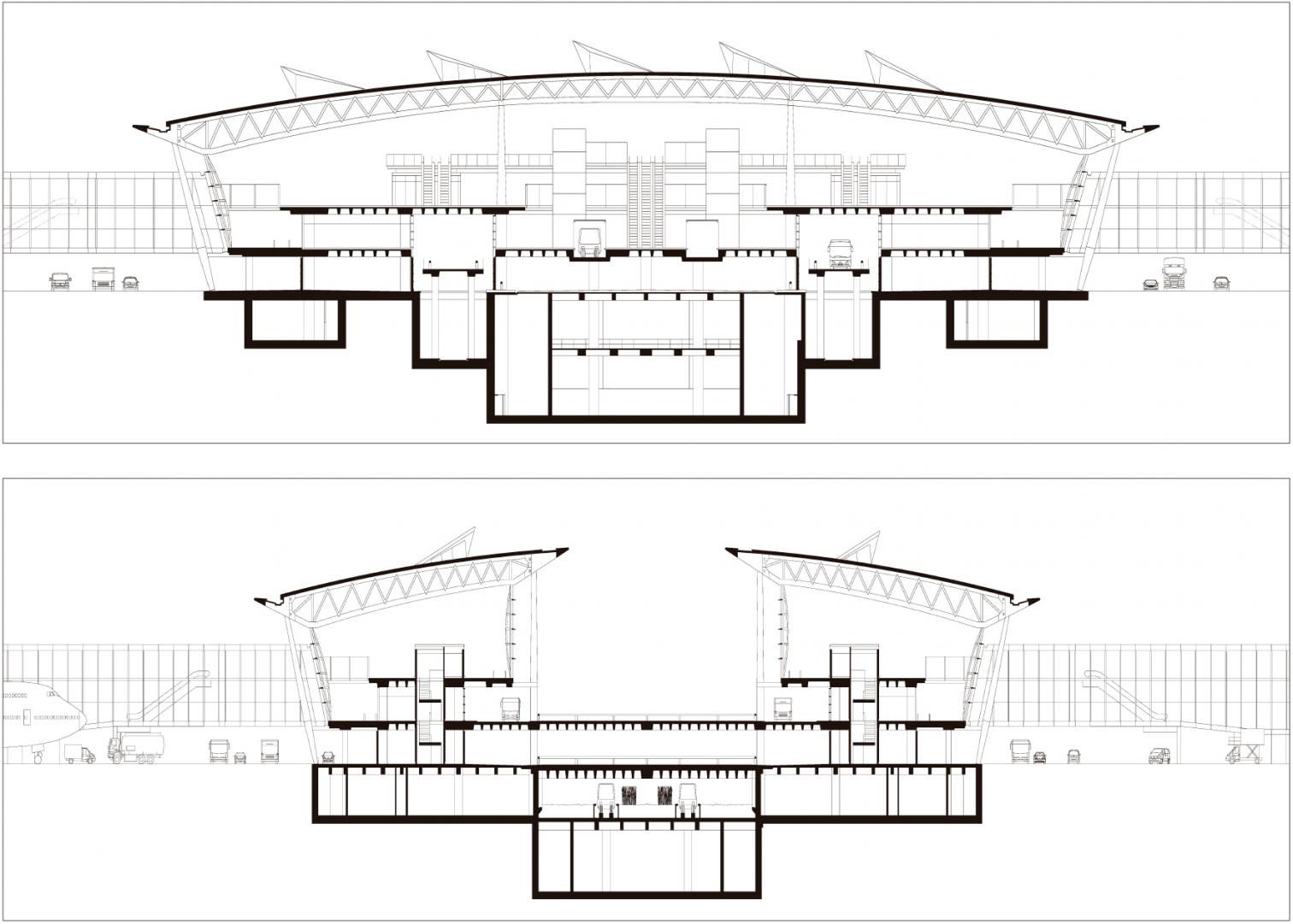 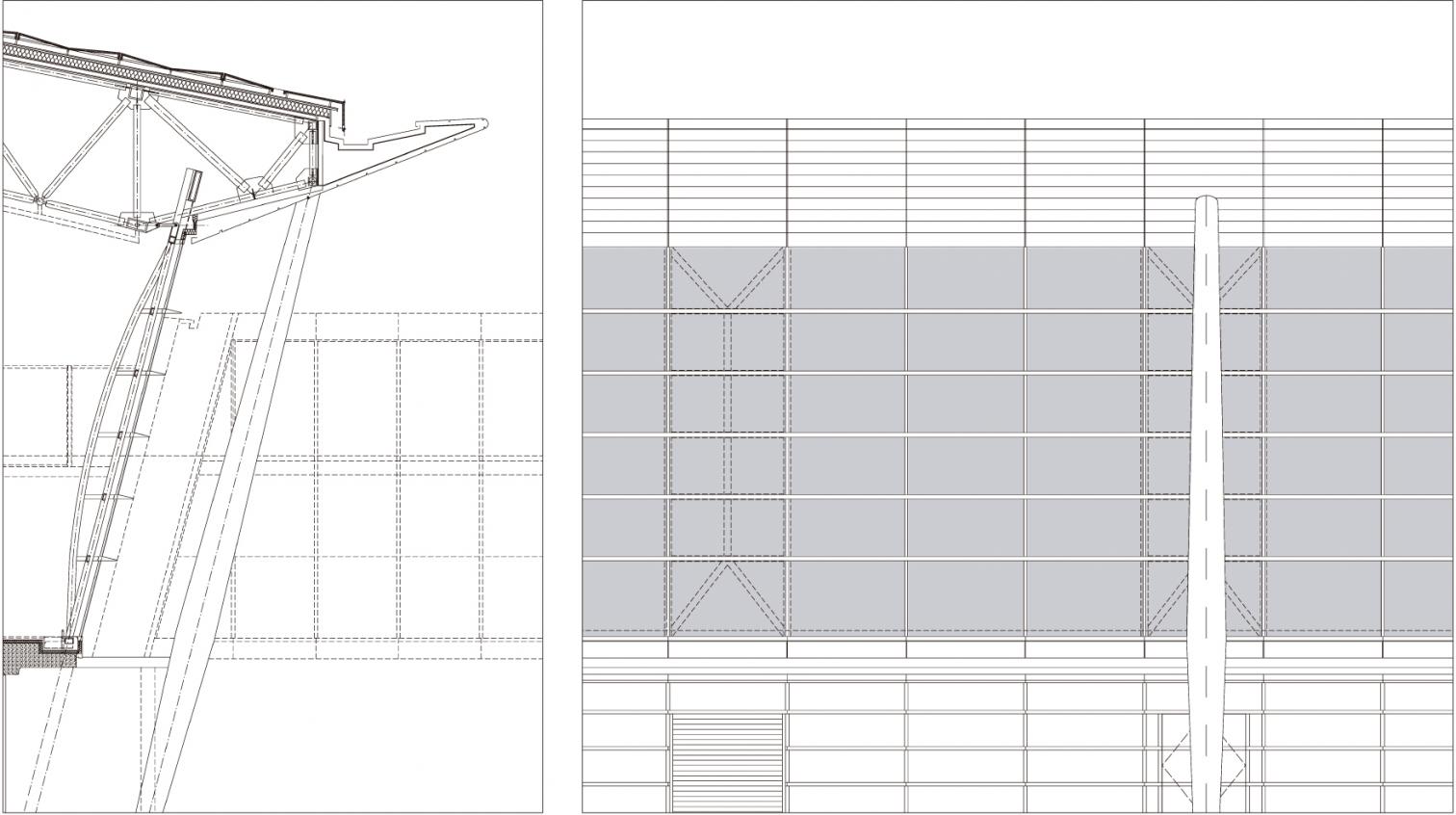 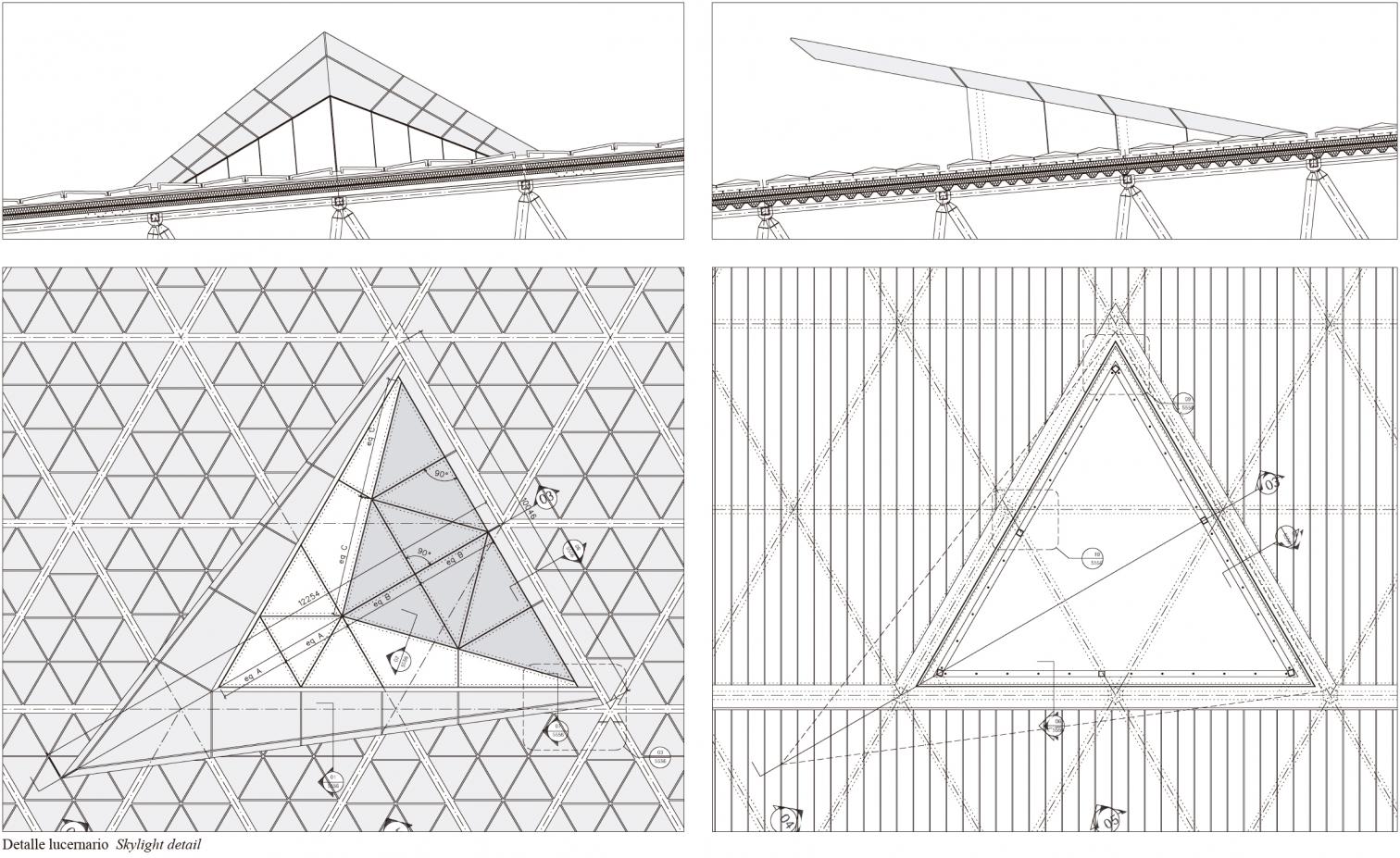 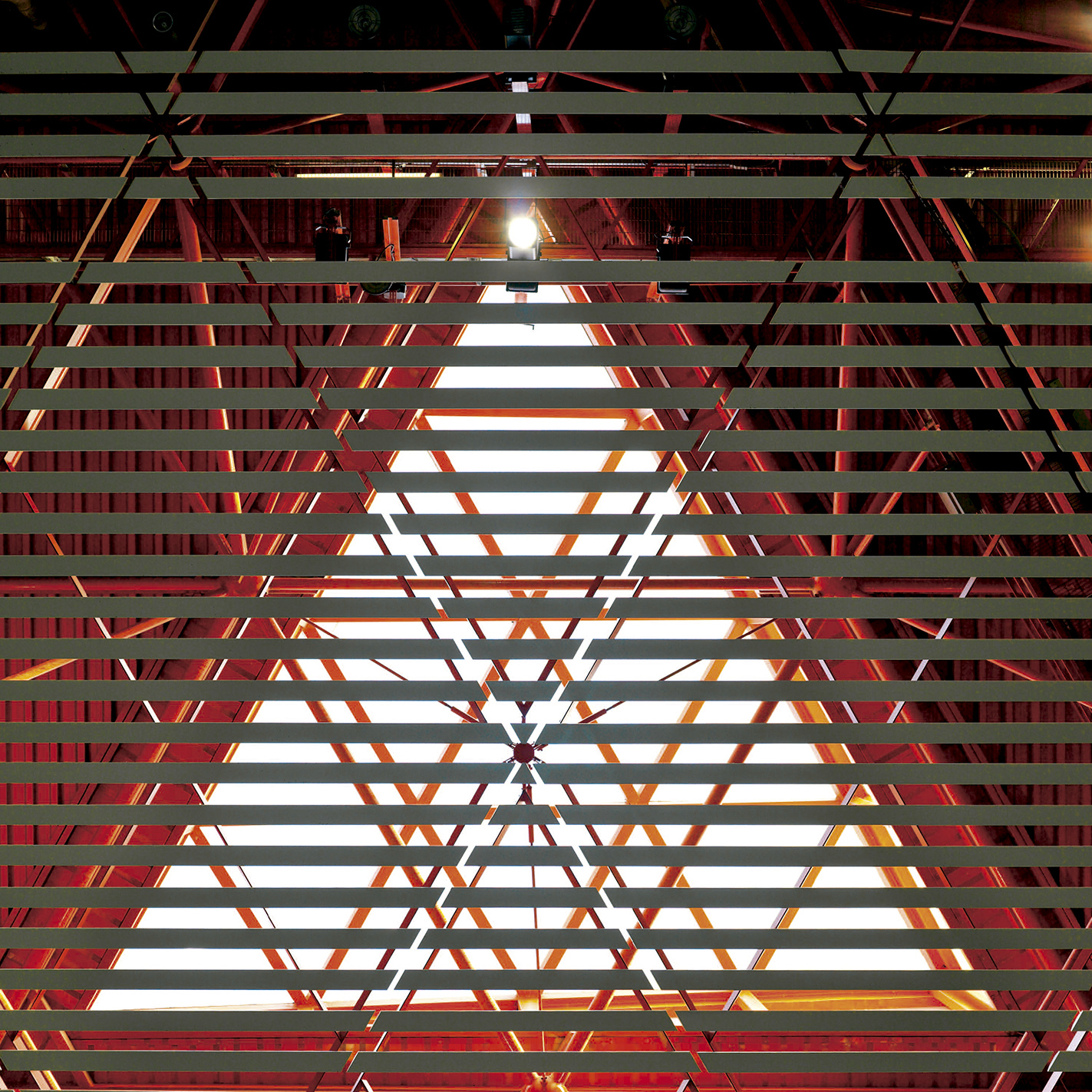 Foster + Partners   Italy   The Holy See is featured for the first time at the Venice Architecture Biennale, with a unique proposal curated by Francesco Dal Co. Consisting of ten chapels, the concept takes inspiration from the chapel Erik Gunnar Asplund built in Stockholm’s Woo

Foster + Partners   France   Known for the eponymous wine it produces, the territory of the Jurisdiction of Saint-Émilion – composed of eight villages and their vineyards – was listed as a World Heritage Site by UNESCO, as a cultural landscape. The design unveiled by the British

Foster + Partners   France   Known for its rich historic and artistic heritage, Narbonne, founded by Romans in 118 BC, was once a major port. Today it is a vibrant city, with an impressive legacy of buildings, ancient relics, and archaeological sites. At the gates of the city, n

Foster + Partners Norman Foster   Spain   WITHIN THE growth strategies of Spanish companies, and in particular of Spanish wineries, it is becoming more and more important to invest in intangible assets. Over the past years there has been an increase in the number of signature wineries built

Foster + Partners   Germany   Dresden’s main railway terminus is one of the largest and most impressive late-nineteenth-century railway stations in Europe. Built in 1898, the railway played a significant role in the city’s industrial and economic growth, linking Dresden with Berl

Foster + Partners   Qatar   The firm of Norman Foster has designed Lusail Stadium, the main venue – for the opening and final match – of the 2022 FIFA World Cup in Qatar. It will take in 80,000 spectators and will be the centerpiece of Lusail, a new city currently going up 15 k 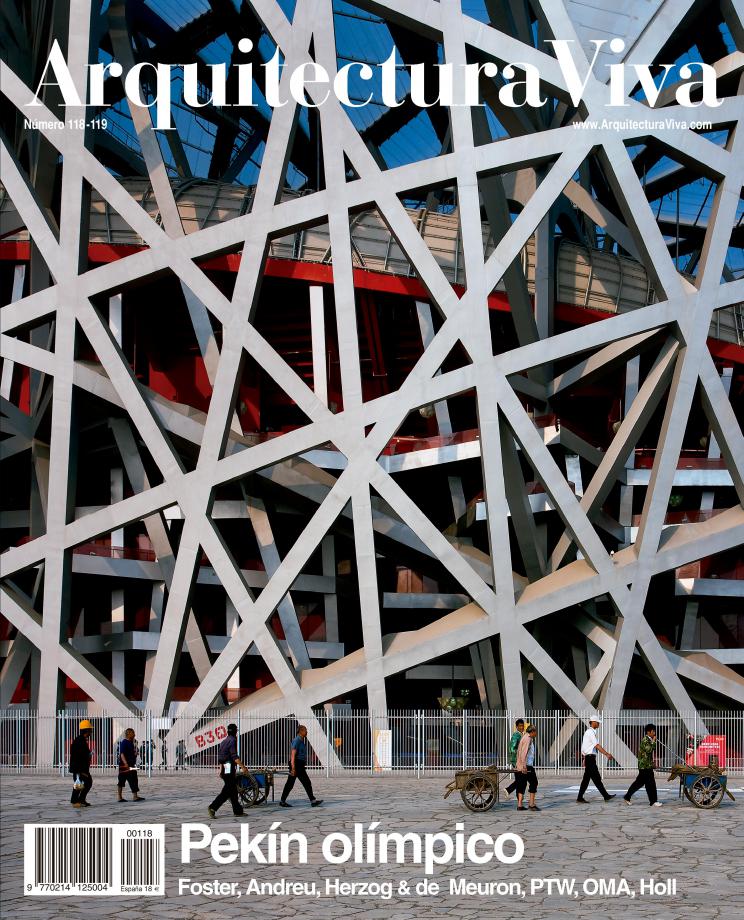