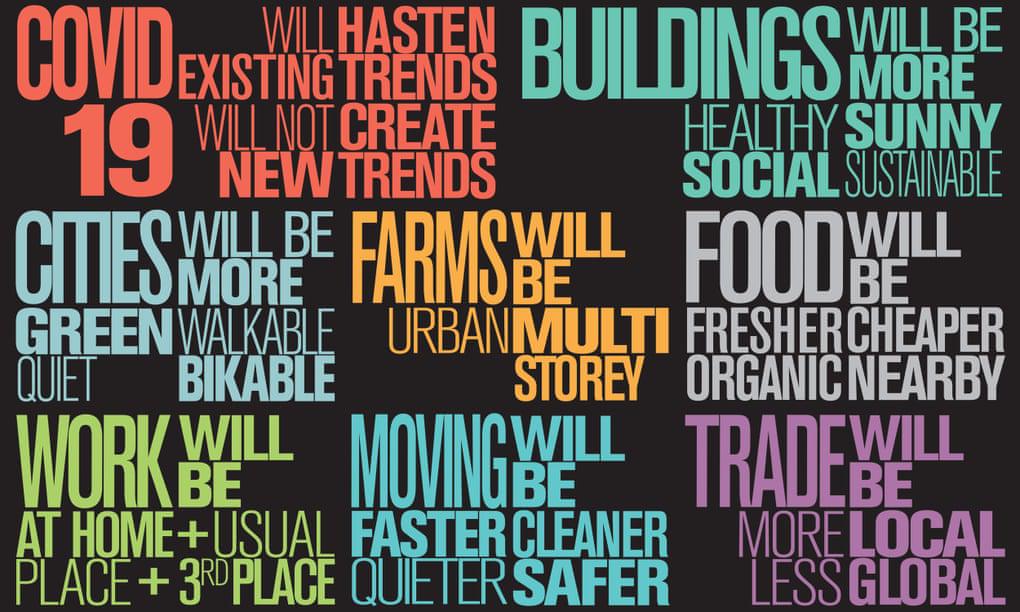 City centres are likely to see fewer cars in future, but that would have happened eventually without Covid-19.

Predicting the future of cities is risky, especially if one heeds the words of the American baseball legend, Yogi Berra, that “the future ain’t what it used to be”.

In the period since the start of the pandemic it might seem as if everything is different, but in the long term, I would suggest that rather than changing anything, it has merely hastened and magnified trends that were already apparent before the virus struck.

The history of civilisation is the history of cities and civic spaces – the words are intertwined. Cities are the future, statistically more so today than ever before. In 1920, New York and London were the largest cities in the world. Today they are not even in the top 10 – overtaken by a superleague of mega-cities, mostly in continental Asia. Cities are in a constant state of evolution, forever changed by the technology...[+]