That School of Vallès 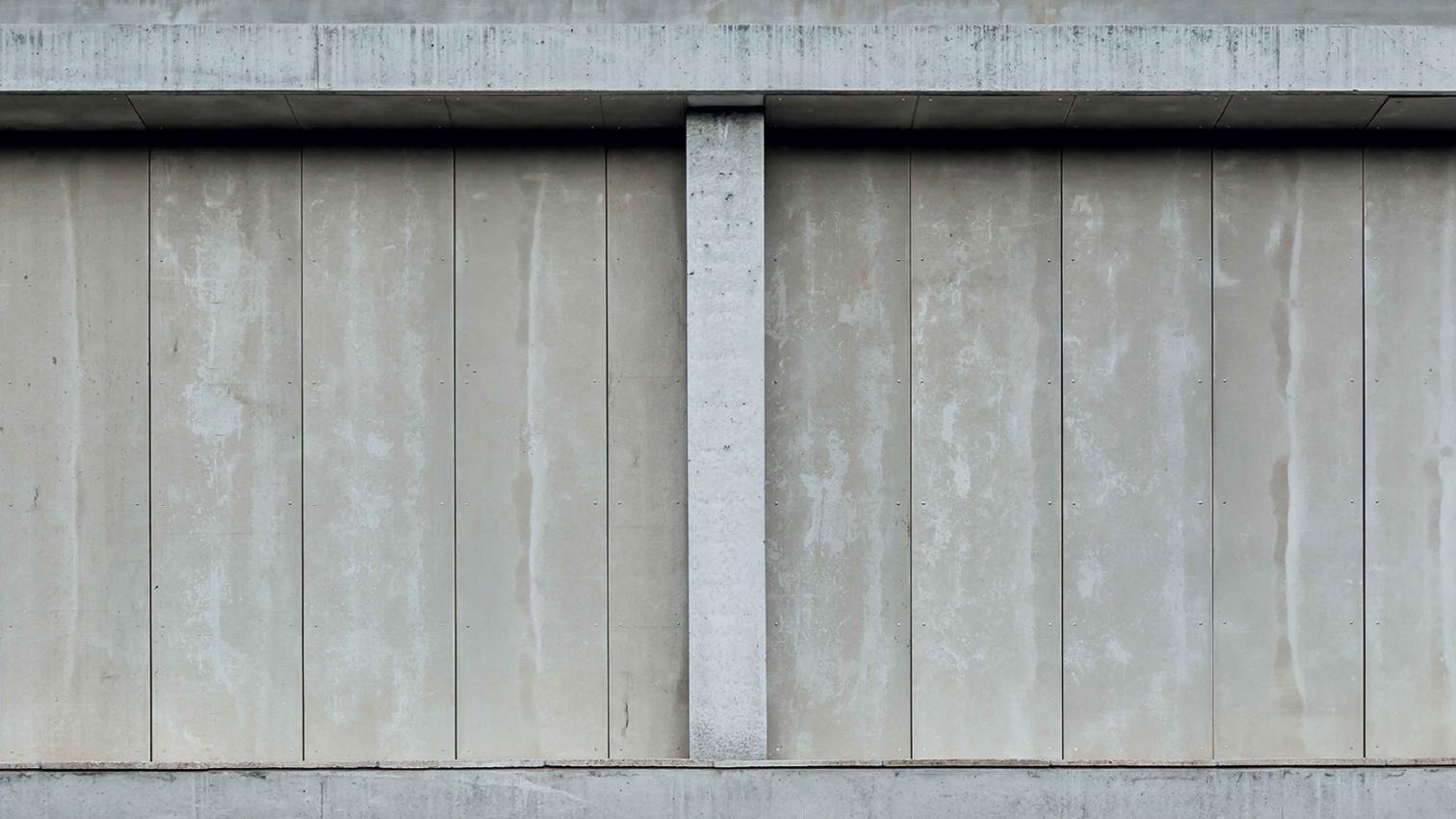 A well-known Barcelona architect, when introducing Harquitectes during a recent seminar, referred to the new aesthetic proposed by “that school of Vallès.” That “vallesana” imagery is not coincidental, but in fact emerges from an approximation to form through technical reasoning, and springs from the contributions of professionals like Claudi Aguiló, Coque Claret, Dani Calatayud, the RESSÒ collective, and many others, all of them under the influence of Albert Cuchí’s concerns. Among them the most fertile oeuvre today is that of Harquitectes.

The tone of that presentation revealed a certain distance but also curiosity to know up to what extent that line of work will be able to find a reasoned expression of their proposals from the point of view of technique, and especially from that of sustainability and energy control. In our view, the answer to such doubt has already been resolved in an absolutely positive way. Though young, Harquitectes is, after 17 years of life, a mature studio thanks to a well-oriented evolution. An evolution process that we approach briefly from the perspective of its radical reflection on the essence and expression of building elements.

The work of Harquitectes can be read as a systematic exploration, almost exhaustive, of all the possibilities construction offers today. What’s most interesting is that this exploration of enclosure systems and structure is taken to its last consequences in terms of development, but also in terms of the image each solution must adopt. Vertical surfaces can be bare or clad, industrialized or crafted, continuous or elaborately detailed… It all depends on a reasoning process always consistent with the design process. The use of conventional materials and techniques, in addition to the sincerity with which these are shown, suggests a simple architecture at first glance. Nothing farther from reality. In the work of Harquitectes even the simplest elements are the result of a complex analysis that takes us from multifunctional materials in monolayer elements to monofunctional materials in multilayer elements. The cyclopean wall that articulates house 1413 in Ullastret is a clear example of the complexity harbored in an element of simple, almost rustic appearance. The stratification of the number and size of the stones in height, the changing section, the use of mixed mortar with particles of recycled expanded glass are all resources to achieve “a single constructive solution, monolithic, but with a variable thickness, density, and materiality that permits adapting to the different thermal and structural needs of the building.” This solution contrasts with the lightweight facade enclosure, almost ethereal in some of its layers, of the residence for students in Sant Cugat.

Harquitectes resort to solutions using light or heavy enclosures depending on whether the global strategy of the building demands more or less thermal inertia. In the case of House 1217 in L’Escala, its being a second residence prompts them to use grid enclosures clad in cement board. House 1219 however is one of many examples where they resort to load-bearing envelopes and interior partitions seeking the massiveness of the wall and its important role as thermal regulator. They move between prefabrication or on-site construction depending on the project. House 205 in Vacarisses is a clear example of support for prefabrication. The conditions of the site, with a deep slope, so recommended it. They go for a wall structure using the longitudinal facade walls as beams that cantilever over the foundation supports. Logically these beams are large-format prefabricated elements. They test a new material, wood, that they manage with the same criteria that formally guide their work: making both material and system explicit. House 89 in Ametlla, at the opposite end of the construction processes, is completed with a large in situ concrete wall.

The Accumulation of Functions

That the evident massiveness of a concrete slab gives thermal inertia is indisputable; the differentiating element in the attitude of Harquitectes is that they choose one roof solution or another based on both thermal and mechanical issues. They themselves describe the structure of House 1217 in L’Escala: “The structure of columns and slabs is the house’s main heritage investment, it contains the inertia and characterizes the spaces of the gallery and of all the house.” The large concrete slab that appears also in other projects can be activated by means of an embedded radiant system and, if possible, nourished by a geothermal system. The roofs are thus large radiators in many of their works. When the climate control system is by air the aim is to preheat or precool this air taking advantage of the possibilities of the building’s constituent elements. In House 1219 in Palau-Solità i Plegamans and at the ICTA-ICP Research Center air goes through the chamber that creates the first floor slab.

Convection cooling justifies the seven-layer brick walls at Celler Saó del Coster as an innovative and spectacular ceramic interchange that takes advantage of the roof’s temperature. These walls are part of the building’s global strategy to control temperature and humidity levels in the wine production and storage spaces. This strategy also includes the roof, fit out with a recirculation system, which in addition to the nighttime radiation effect, helps to reduce overall temperature. The roof of the Cristalleries Planell Civic Center is again a cover element designed not only attentive to the typical functions of a roof but also to bioclimatic strategies. Four ETFE pyramids function as wind towers and also cover the interior space.

The Insertion of Intermediate Spaces

Facades and roofs are decomposed in layers that fulfill the different functions of the enclosure and allow housing intermediate spaces between them. These spaces enhance the architecture with a variety of sensory experiences that change over time. Sometimes the spaces are not inhabitable and function as thermal cushion. In House 1105 in Cerdanyola there is a gallery, a space on the facade between a translucid exterior envelope, light and operable, and an interior, more massive one. House 1014 in Granollers has two cushion spaces between the street and the interior, one on each facade. This allows creating two courtyards, adjacent to the two facades, that collect energy through retractable roofs. More daring are the projects where the ‘intermediate’ space is part of the necessary, everyday use of the building. Forty years ago, the book edited with Gustavo Gili talked about the ‘onion house’; houses with series of layers that offer increasing degrees of protection to a central core of optimum inhabitability. This is the case of House 905, in Igualada, where the concentric arrangement of a wall enclosure on the inside and a light and very operable one on the outside frees up a ring of living areas.

The paradigm of this daring approach is the ICTA-ICP, where a large prism built with very light techniques imported from the world of greenhouses contains a very massive structure – thermal controller – that supports a series of well-insulated boxes and with optimum comfort conditions. The very suggestive space created between them offers intermediate comfort conditions. The image of the large light and permeable box, industrialized, through which those warm timber boxes can be seen, is so innovative that it is proving to be hard to digest for the priests of the canonical form of contemporary minimalism.

The Reasons of Form

Harquitectes have moved from the simplest single-family buildings for convinced clients to the large structures for public clients without betraying their form-generating principles. This brief itinerary through their architectural experiences is overwhelming. Their buildings evolve towards a gradual expression of control of the energy flows by architecture. If the architectural image is above all the product of a process of research and technological design, the results don’t necessarily have formal components easily identifiable by material, texture, and color. They won’t have a readily recognizable stamp, a brand image like the one most contemporary architects seek and find. Only the evident concern over achieving coherence between energy function and aesthetic image will form the common substratum of all their works.

We cannot but feel satisfied upon learning that obtaining form through all kinds of reasons, the argument we have been defending for years, is clearly reflected in their efforts. In the work of Harquitectes the merit is even greater because those reasons are generated from the new challenges of our century. They are contributing features to the form of an architecture of sustainability and energy control... [+][+]

The Nuances of Comfort

The Light Facade, the Case of Cricursa

Ignacio Paricio   Social changes mean leaving behind a lot of accumulated knowledge adopted and assumed as habit. Housing has undergone such changes: first, it was the disappearance of domestic service. Then, the mass entry of women on the job market and later, the gr

The Light Facade, the Case of Cricursa 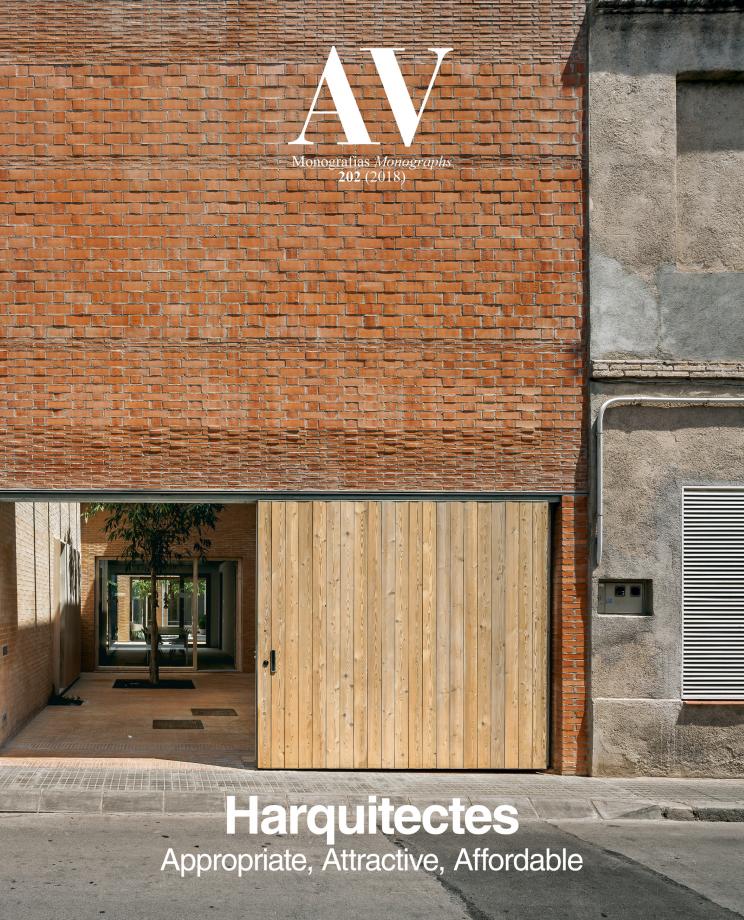