The works of the Dutch Rem Koolhaas or the Swiss Jacques Herzog and Pierre de Meuron show the reproductive and mutant capacity of forms. 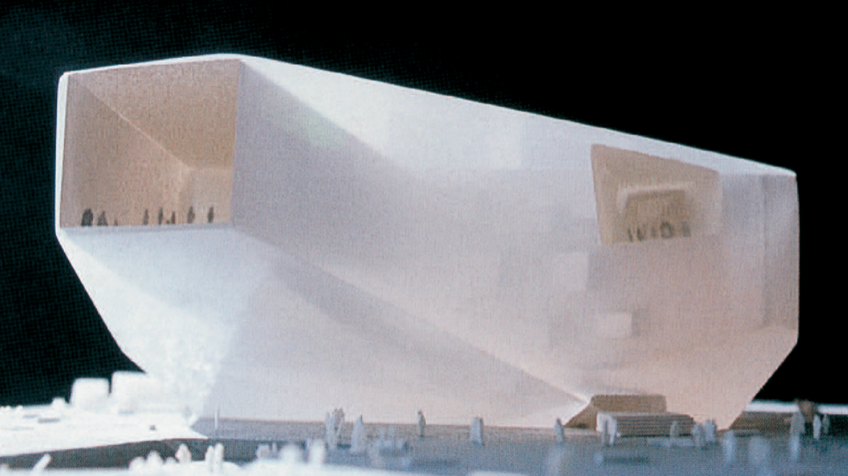 Function follows form. Contrary to the modern dogma that subordinated form to function, much of contemporary architecture asserts the independent life of forms, which multiply and trans-figure as if in contempt for the uses they contain. In the city of Porto, the Dutch Rem Koolhaas erects an auditorium that is an exact reproduction of the poly-hedron he conceived for a house near Rotterdam, without the changes of function, scale and site pre-venting him from reutilizing a formal concoction. And in northern California, the Swiss partners Jacques Herzog and Pierre de Meuron are building a house whose polygonal roof is derived from the irregular perimeter of an office building near Basel – for the initial version of which, in fact, the archi-tects had rehashed the domestic forms of previous house projects in Germany and France. 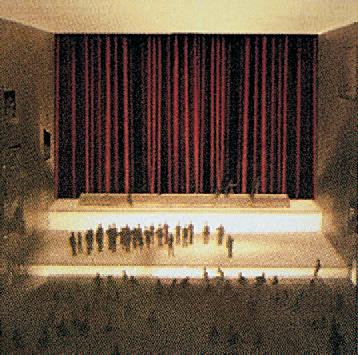 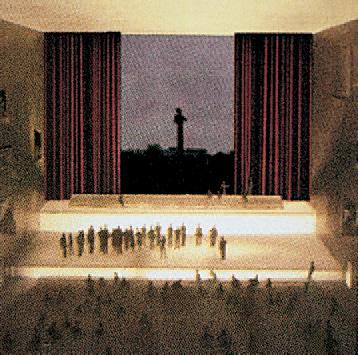 Despite the different scale, program and site conditions, Koolhaas is building an auditorium in Oporto that faithfully follows the polyhedric volume of a house designed for the outskirts of Rotterdam.

he great art historian Henri Focillon described this process of formal reproduction and metamor-phosis in a small, lyrical and eloquent book published in 1934 with the title La vie des formes, and the recent projects of two of the most influential architectural practices of the world illustrate the validity of this French master’s thought. “The illusion of reproductive powers that seem to reside in things,” as his disciple George Kubler summarized, continues to impregnate the stubborn life of forms that impassively travel through space and time. 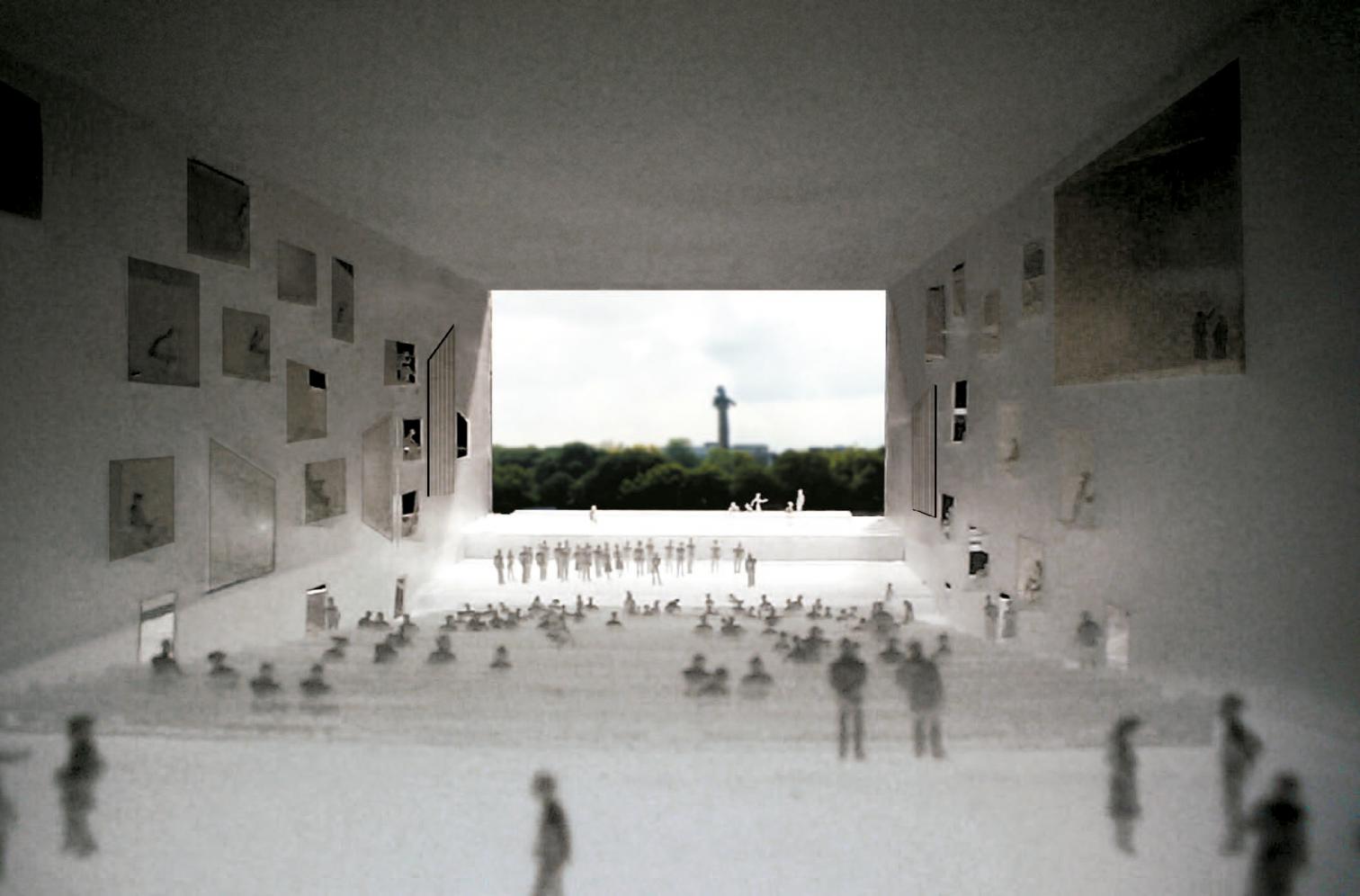 In the case of Rem Koolhaas, the translation of the prior project is so literal that he is moved to mention his collaborators’ disconcertment at the apparent opportunism of merely changing the scale of a house to undertake an auditorium: “they were shocked that we could be so cynical.” During four months they had been struggling with the project for a private house located outside Rotterdam. The proprietor had acquired enough land to guarantee an unobstructed view, so the house was designed around a large prismatic lounge shaped like a tun-nel open to the views, with the rest of the brief attached to it and forming a polyhedric volume. The result resembled the aesthetic of the Stealth: a geometric rock of sorts they called Y2K because of the client’s obsession with the computer bug that was predicted for the year 2000. 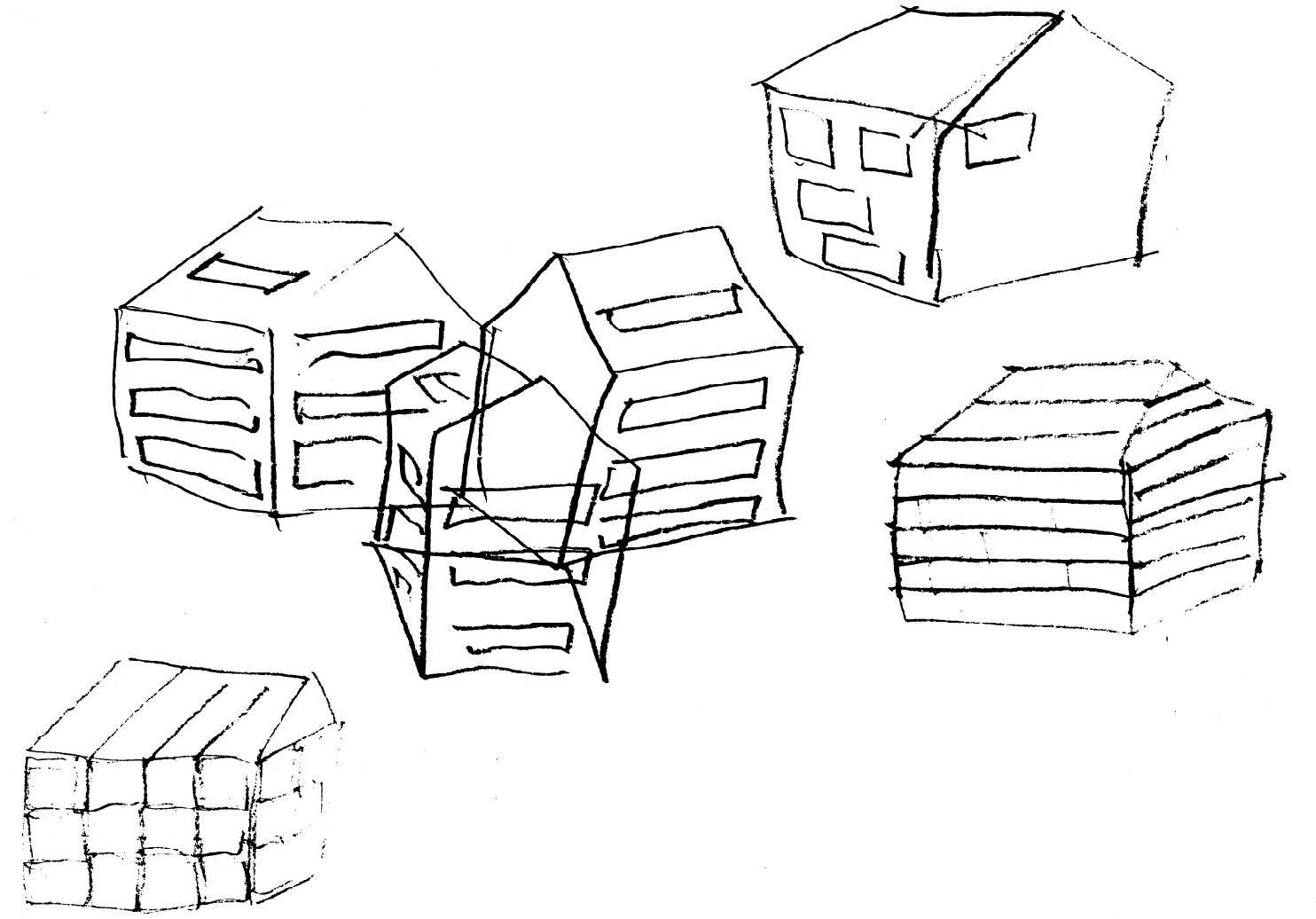 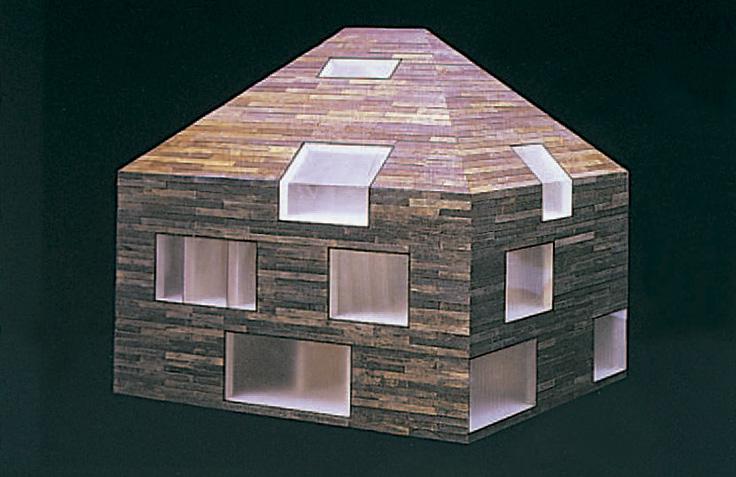 The polygonal roof of Herzog & de Meuron’s house in California follows the irregular perimeter of an office building in Basel, whose first version is tried out after another domestic project in Germany.

The invitation to participate in the competition for Porto’s Casa da Música (a large auditorium) came at a time when the Y2K house had come to a dead end, and Koolhaas was in a hyperefficient mood in the wake of a trip to Nigeria that had put him in contact with the pragmatism of survival economies. To boot, the Portuguese organizers demanded so much urgency that a project had to be drawn up in only three weeks. In such accelerated circumstances, Koolhaas proceeded to reuse the stunted house project for the competition design, with no other alteration than the multiplication of its dimensions. The main hall of the auditorium would go into the prismatic tunnel (proportionally similar to the ‘shoebox’ normally preferred by acoustics specialists) and all other elements of the brief would be dug into the residual poché situated between the tunnel and the faceted facade. 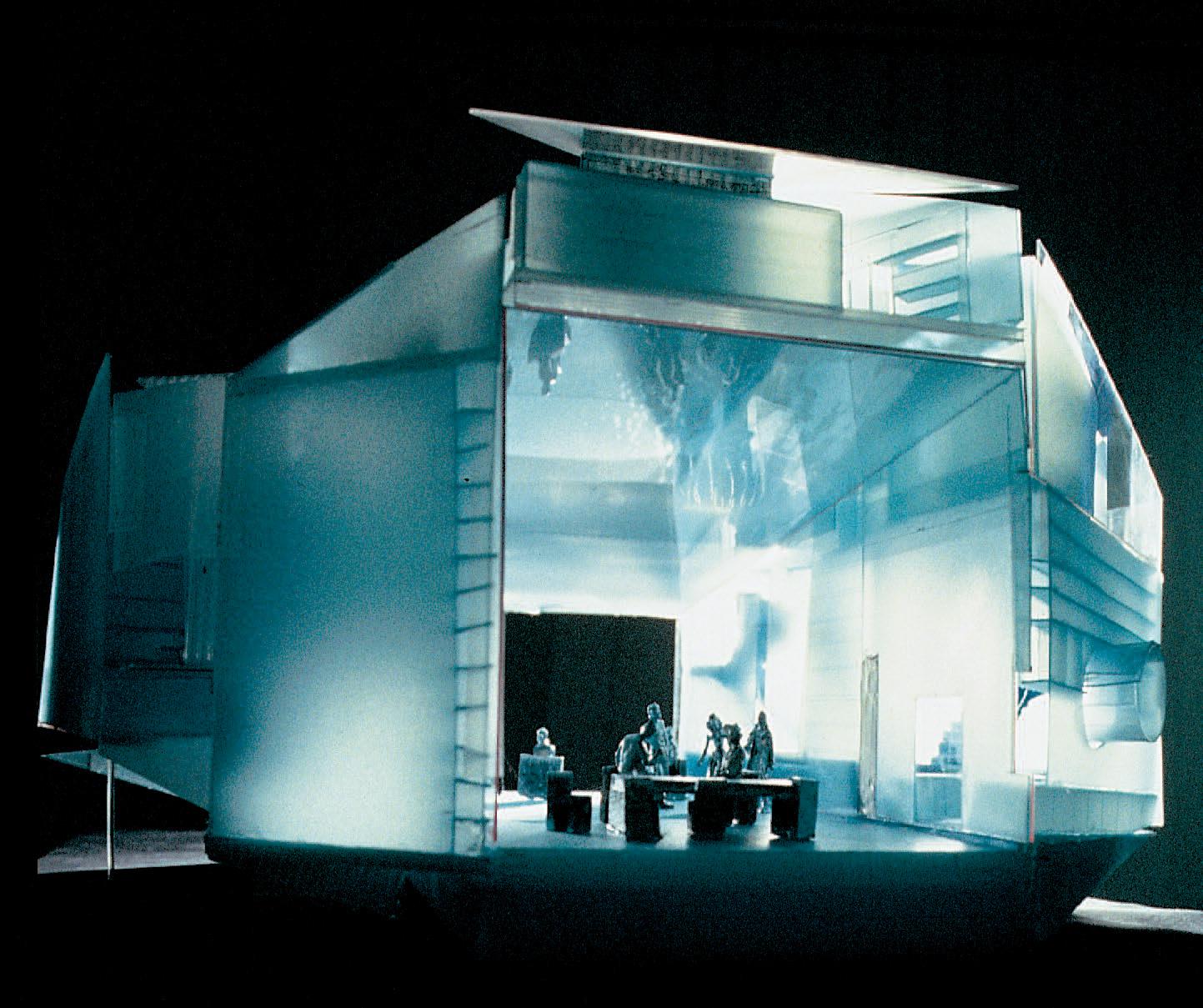 Koolhaas won the competition, as it is known, and both fittingly and paradoxically, Porto will have a Casa da Música born of a single-family house. The architect’s magic wand transformed the pumpkin into a carriage, in a deliberate and extreme interpretation of the metamorphoses that governed Focillon’s sequences of forms. Less schematic and richer in compositional variations is the second example put forward here. In the transition from intimate to public and from there back to the territory of the domestic, Herzog & de Meuron’s succession of designs shows the resistant tenacity of forms in the face of the heterogeneity of uses, but also the unexpected formal mutations that bring on stylistic changes with the violence of unique events. 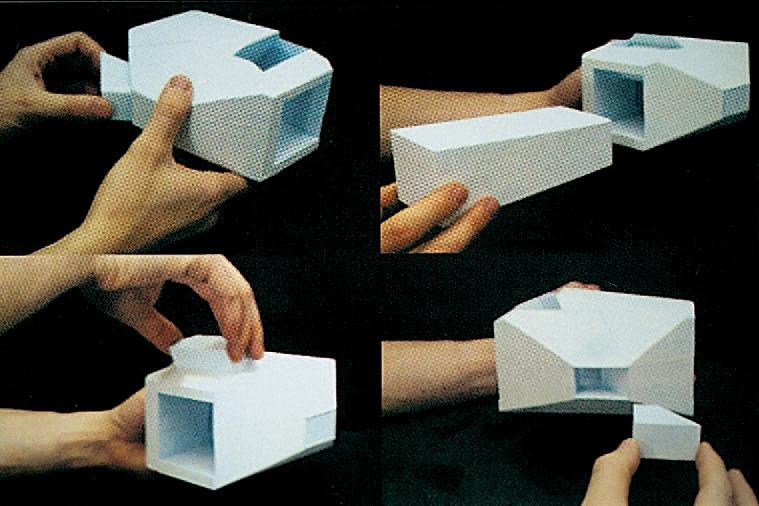 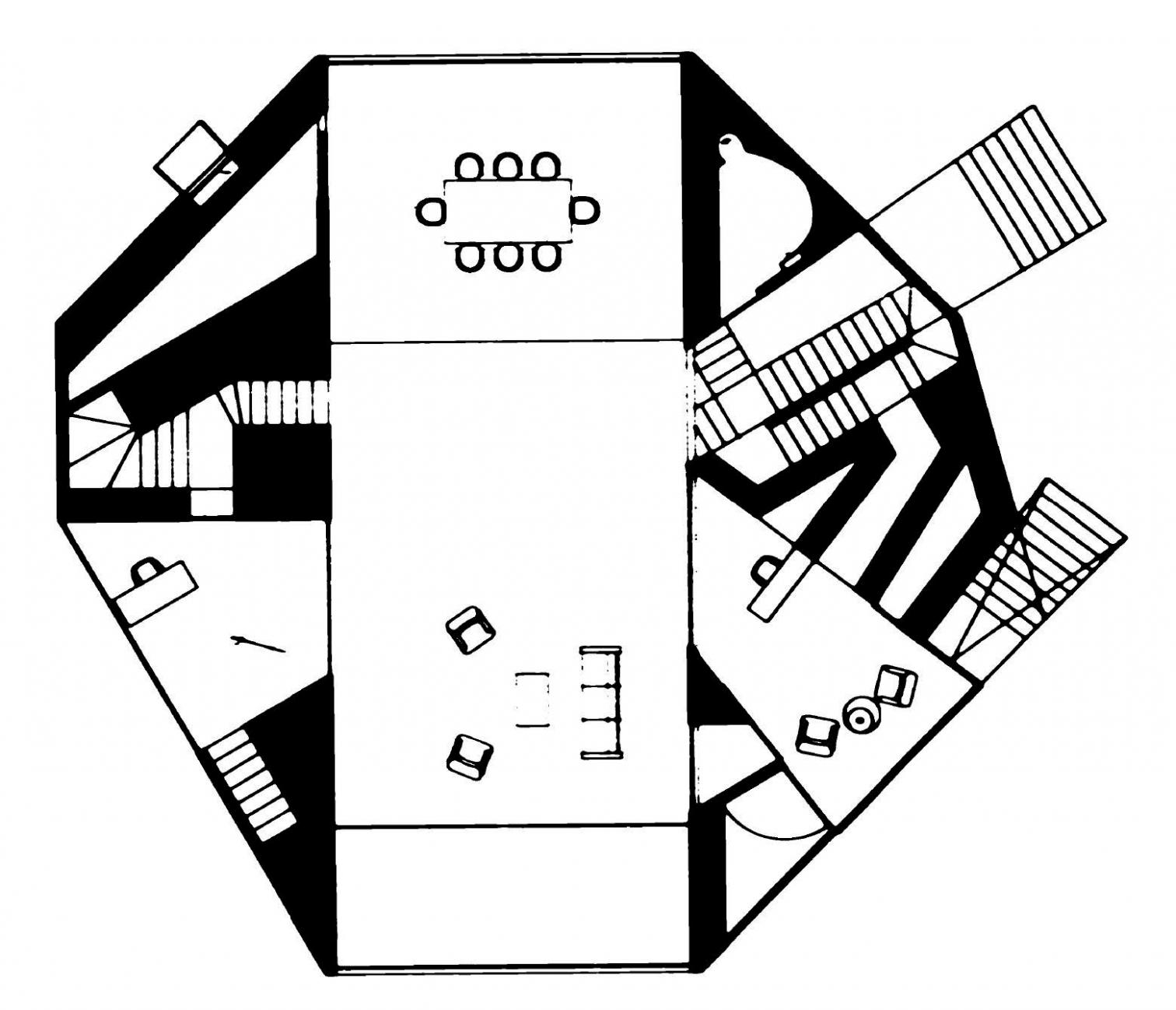 In the preliminary drawings for Ricola’s marketing building at Laufen, Herzog & de Meuron test-ed the archetypal house shape they had recently used in two magical and archaic projects: the Frölich House in Stuttgart, an oakwood chest with vaguely anthropomorphic windows that was never actually carried out; and the Rudin House in Leymen, a monolithic piece of concrete with a pitched roof that rose with the essential simplicity of a child’s drawing on the meadows of a French locality close to the Swiss and German borders. 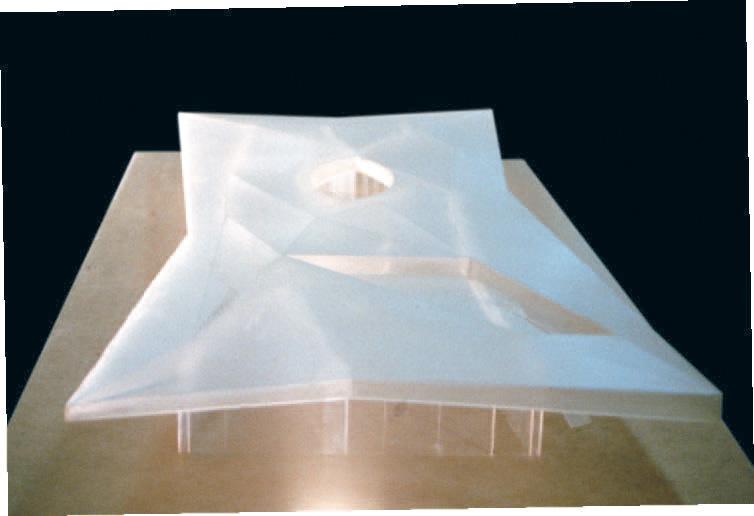 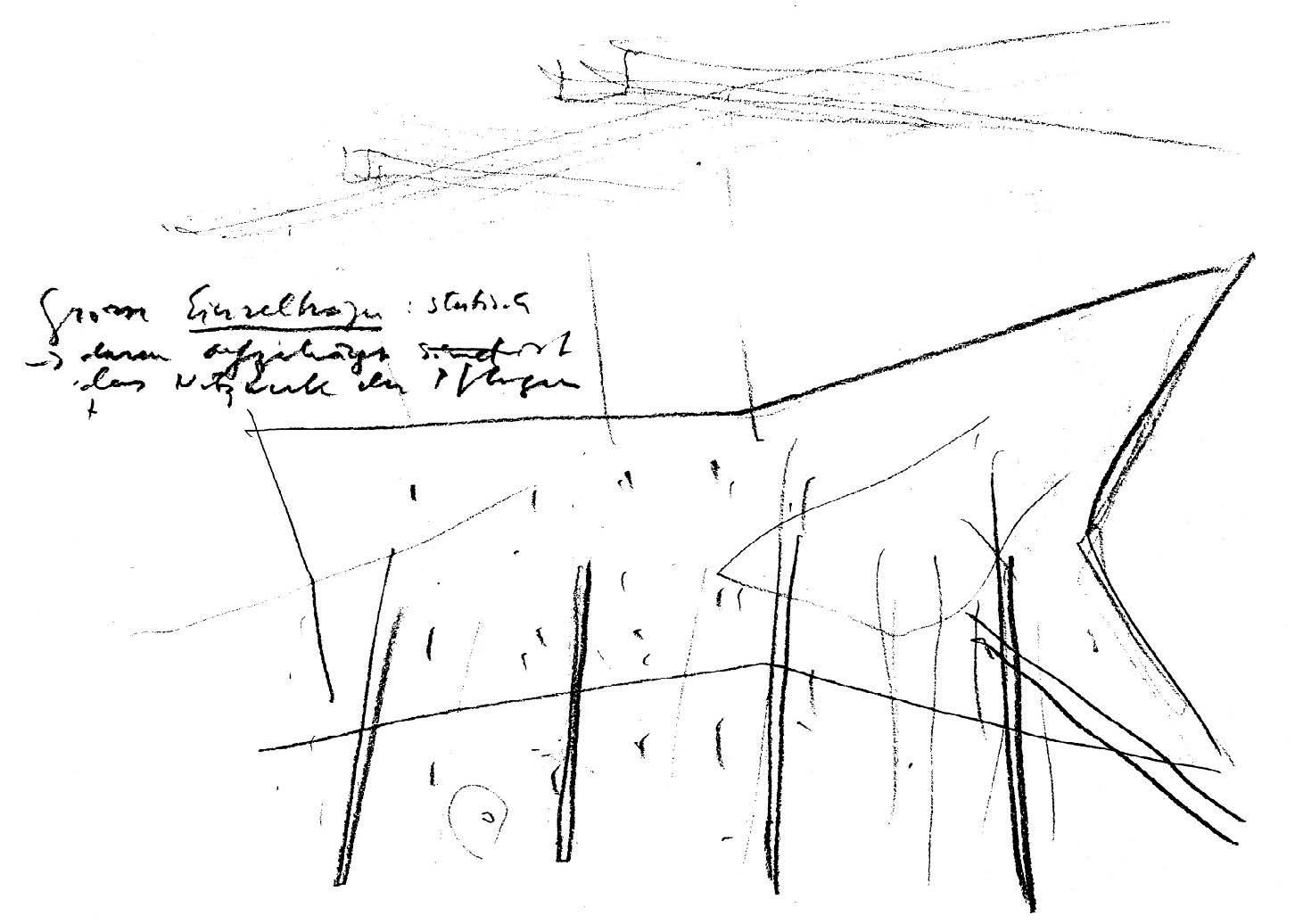 But in the course of the project’s gestation some ruptures took place that broke the orderly sequence of shapes, giving rise to unexpected paths, and whose mutational force altered the placid reproduction of forms enough to fork out the branch of stylistic families. What was to be a large house of offices became, through sudden intuition, a glass star whose fractured reflections dissolve the building in its environment, under a vegetal canopy held up by flexible poles whose soft geometry settles the built artifice onto the natural landscape: instead of the compact aplomb of what Jacques Herzog calls “figurative” types, an irregular form that aspires to liquefy the architectural presence. 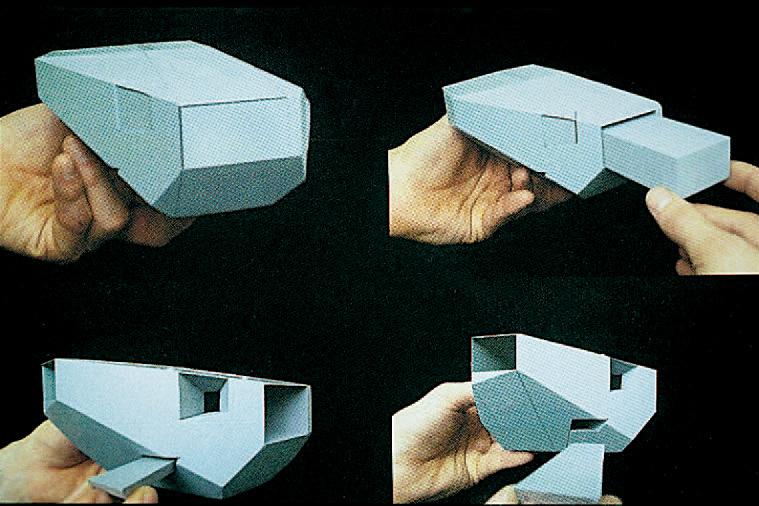 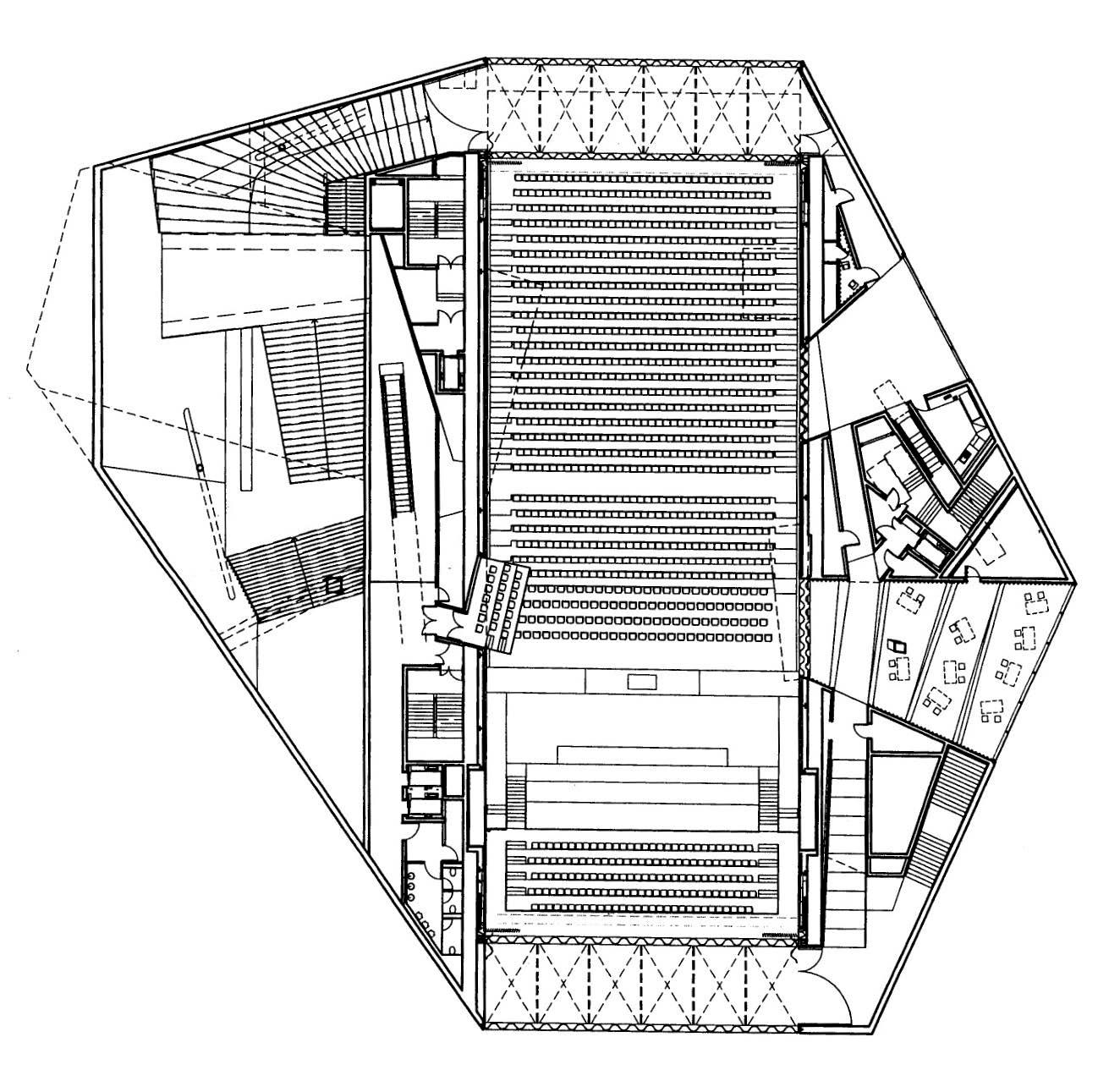 This mutation, which has ever since enriched the language of the Swiss studio, marking a point of in-flection in its oeuvre, has manifested itself as well in an ambitious domestic project built in California’s Napa Valley for a videoart-collecting couple. The Kramlich House, where living zones are defined by curved glass walls, avoids the figurative associ-ations of the fish-shaped plan with a star-shaped flat roof that repeats the contour of Ricola’s marketing building, thereby closing the traveling circle of forms that traverse places and uses. Focillon quoted Balzac – “all is form, life itself is a form” –and perhaps the random life of forms is, after all, but an expression of the random forms of life. 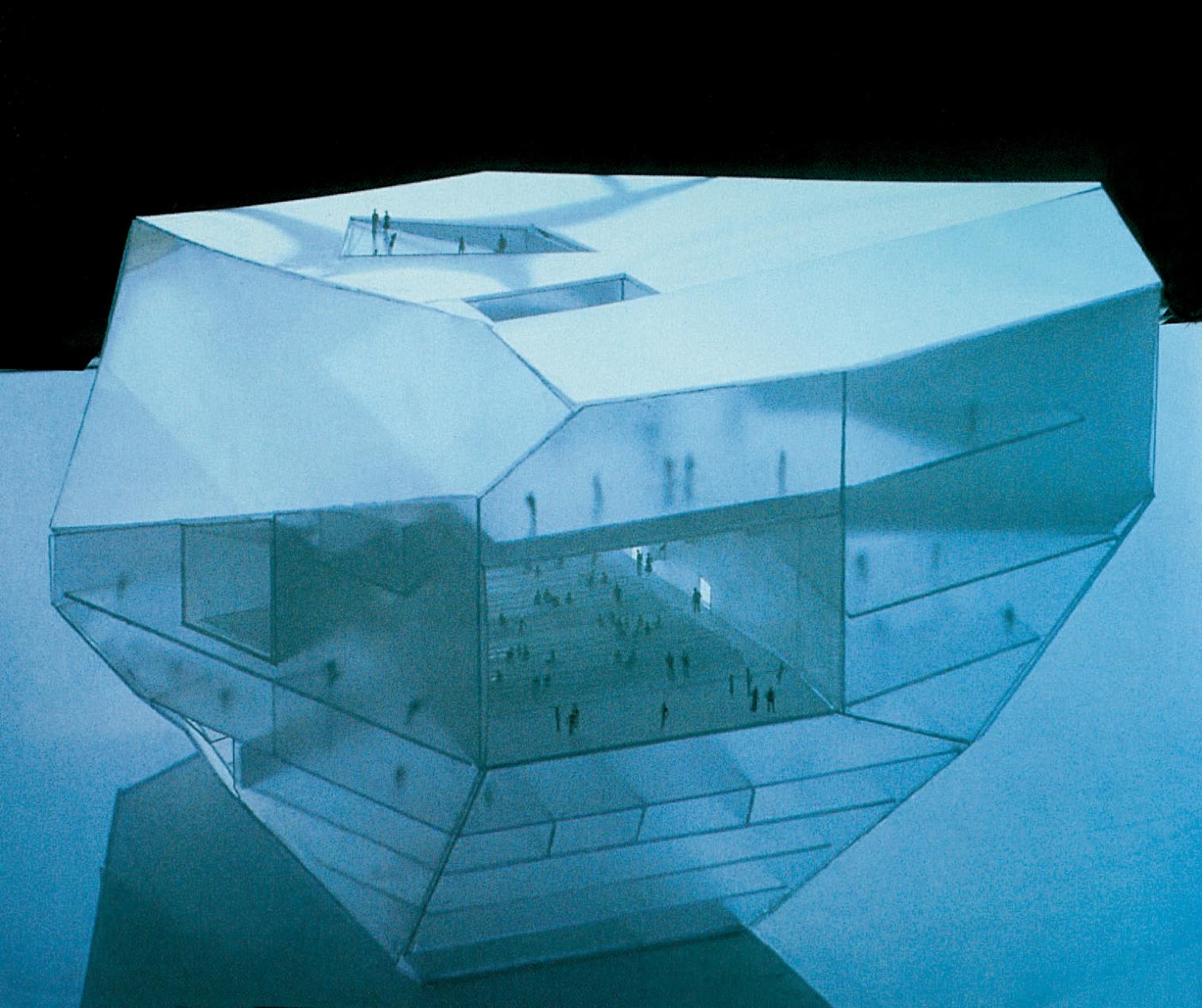 El País   Luis Fernández-Galiano   This enormous book is small when compared to the ambition of its author. Its nearly three kilograms will sprain the reader’s wrist, and its 1,400 pages of mental, graphic, and typographic torment will tax his patience, but forms and ideas which are s