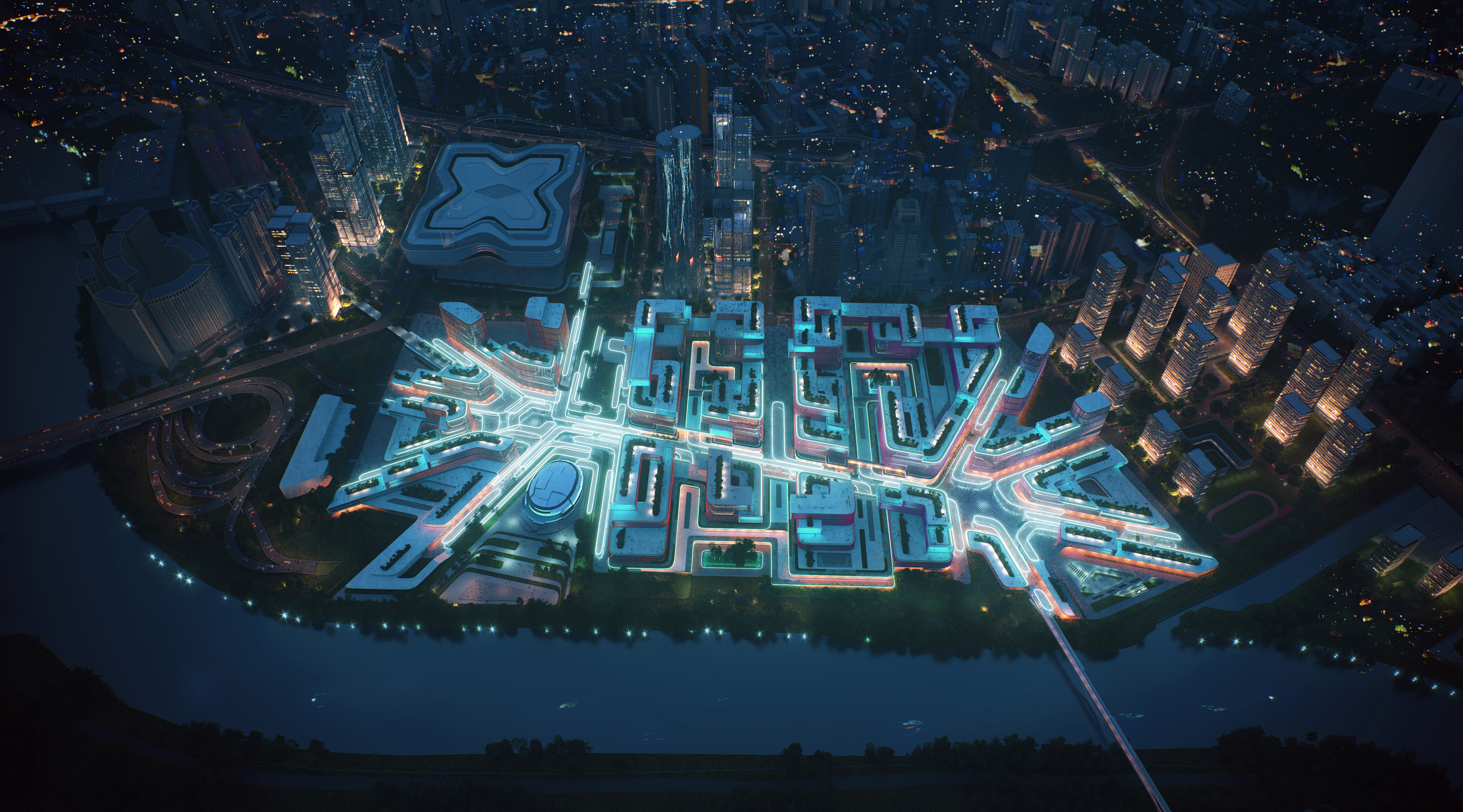 Masterplan for Huanggang Port in Shenzhen

The Huanggang Port Area in the city of Shenzhen’s Futian District services 300,000 people crossing over to Hong Kong daily. The new masterplan, focused around two large public squares, marks out three interconnected parts: the harbor hub including offices and hotels; the collaborative innovation area with scientific research institutions and convention centers as well as laboratories; and the ‘port living’ section, close to the Fulin metro station, with residential developments, schools, sports and recreational facilities, and of course shopping and dining.

With its base grid established by the scheme of Shenzhen’s existing streets to the west, the masterplan’s central spine is a wide pedestrian boulevard that links the two primary public gathering spaces: the civic plaza at the Fulin station to the northwest and the big square of the administrative sector to the southwest.

A secondary grid which is radial, with these plazas as center, subdivides the districts further and creates additional circulation routes. Through shared podiums and skywalks connecting with adjacent buildings, the design allows for future expansions of studios and laboratories.

In addition to the two main civic squares, each smaller cluster of buildings has its own nucleus, with an open-air communal plaza that ensures nature a place in the masterplan, forming a green belt of parks and wetlands along the Shenzhen River. 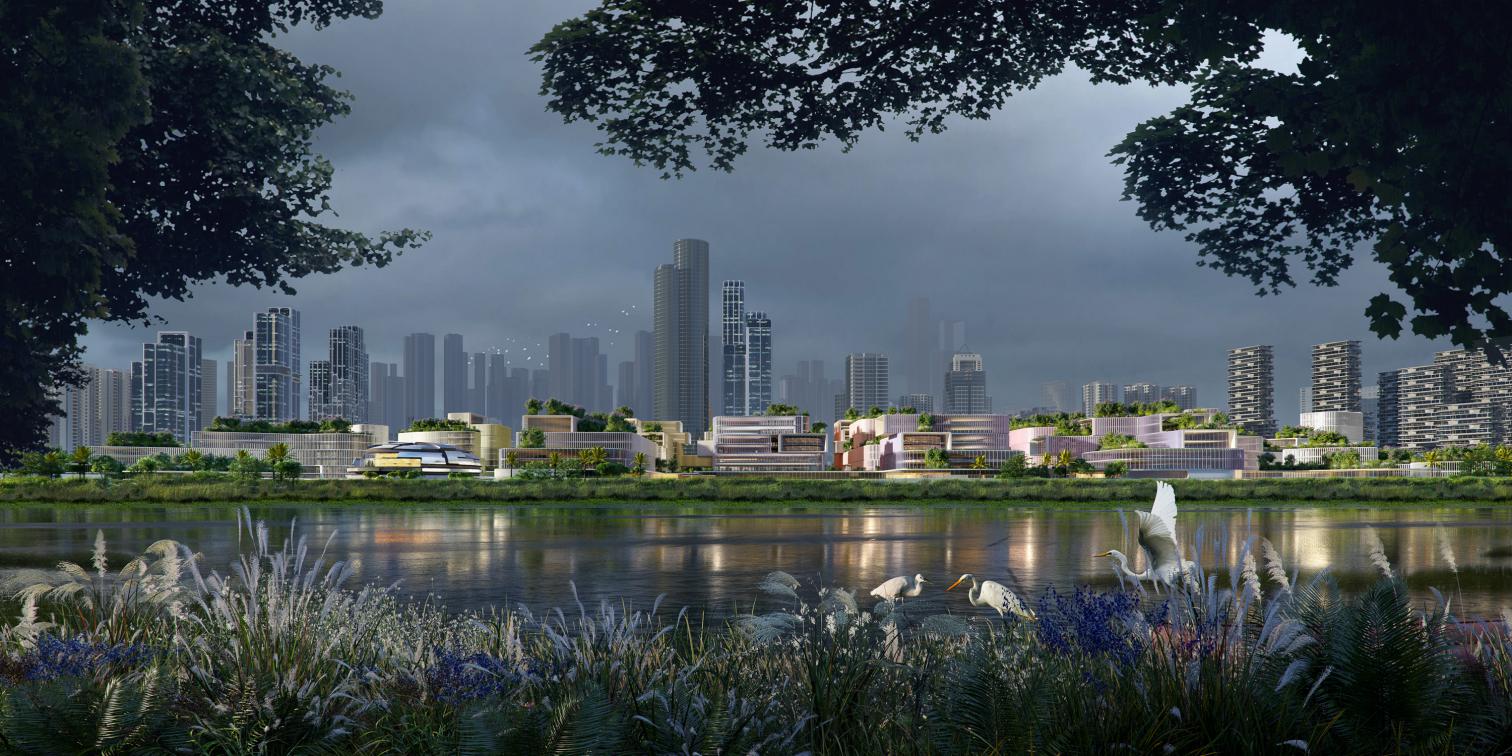 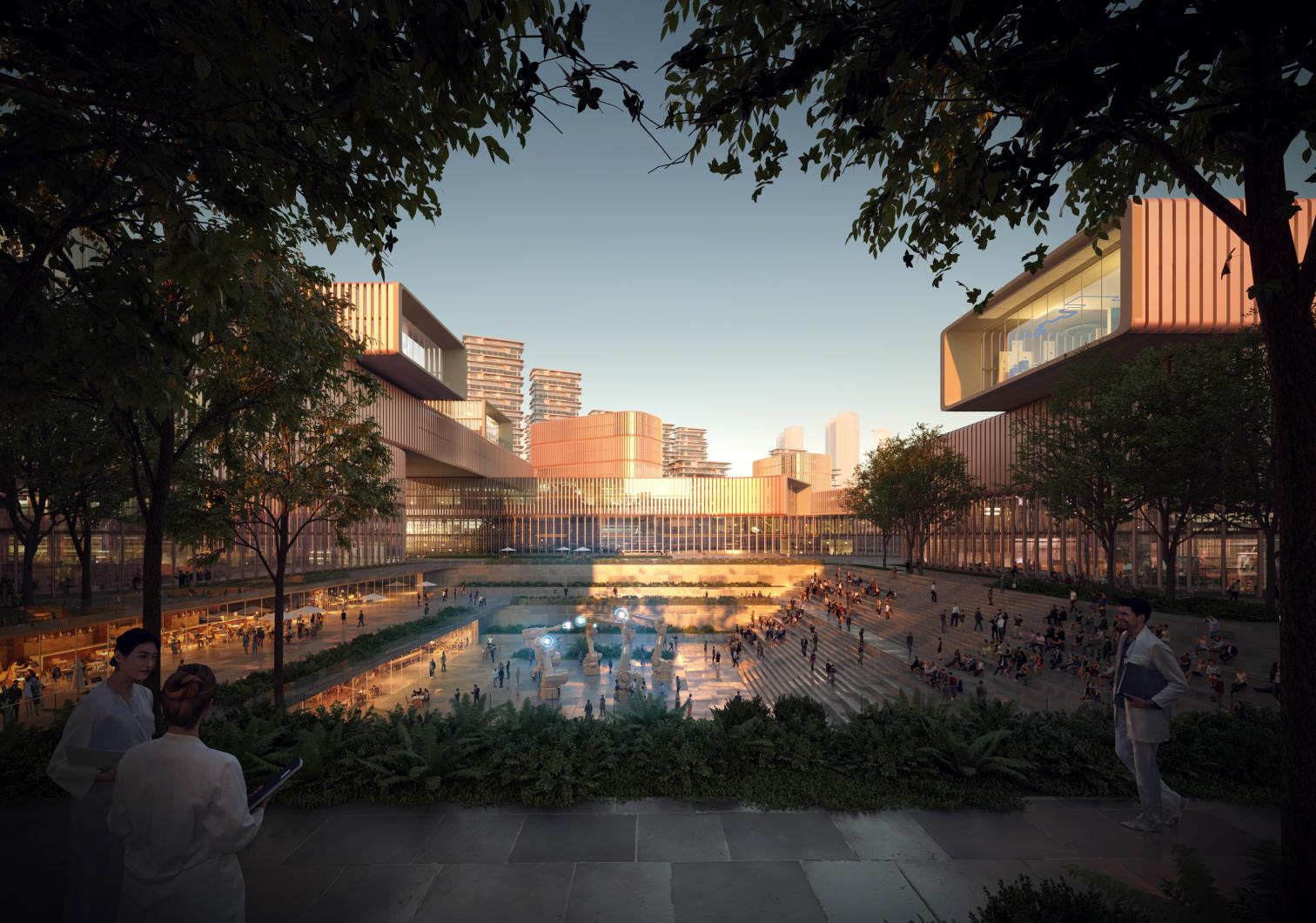 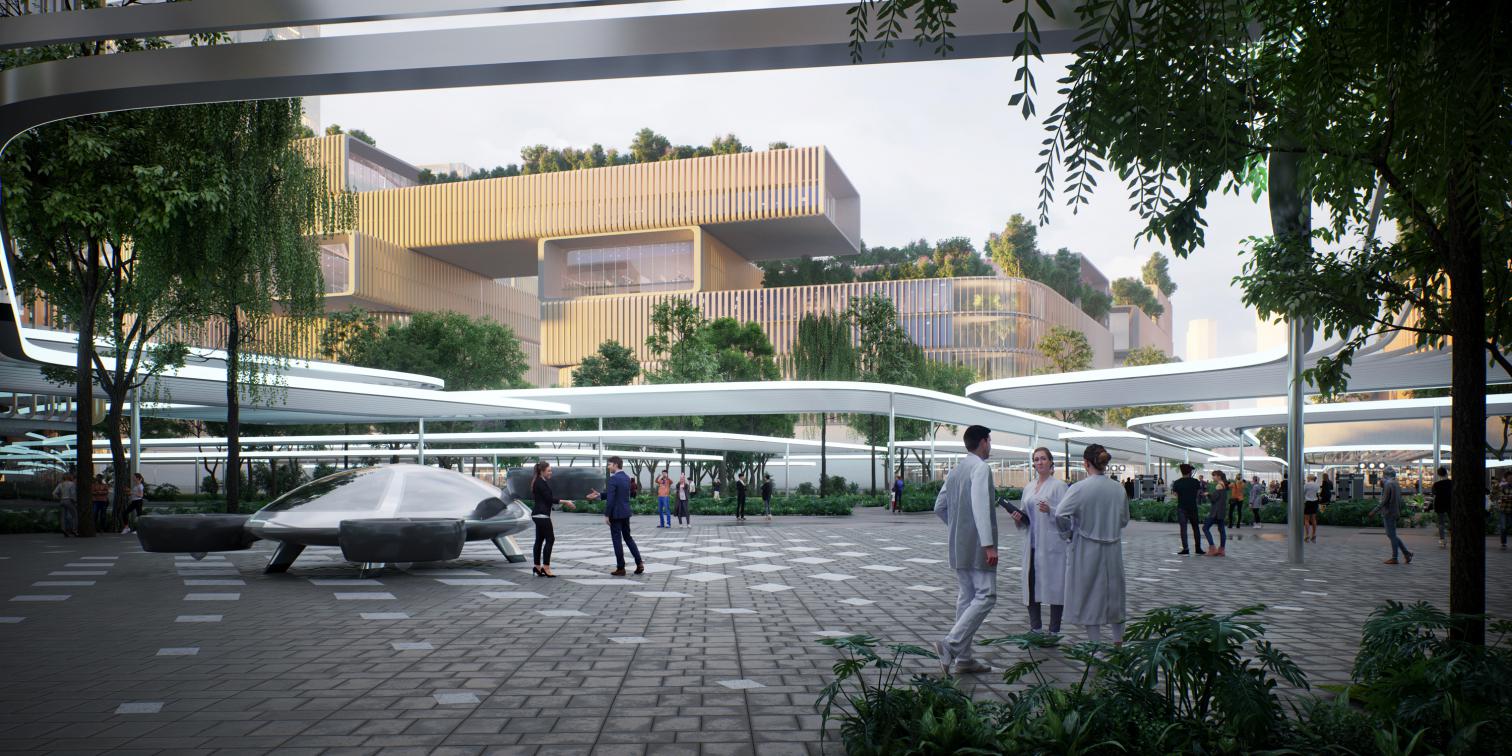 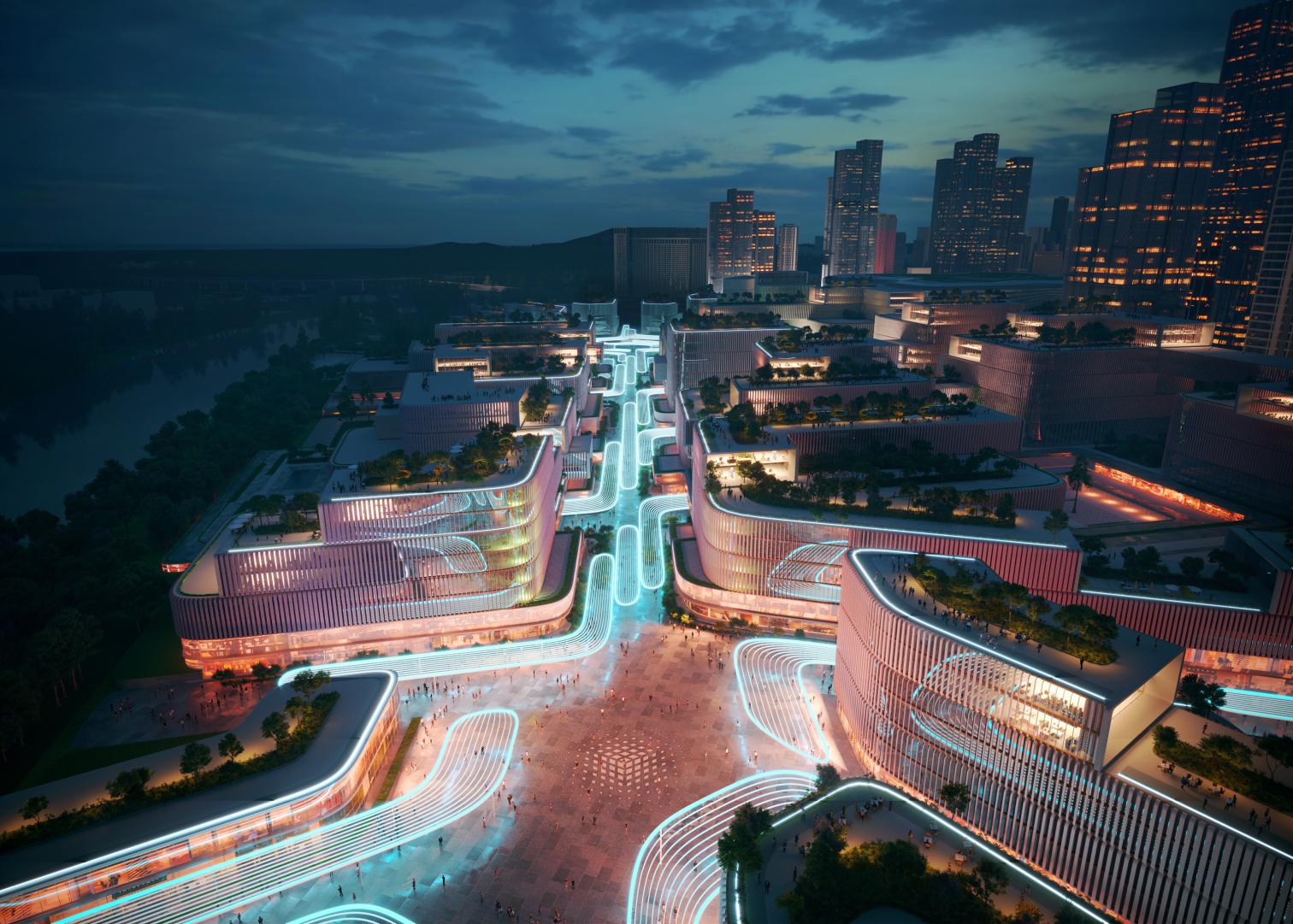 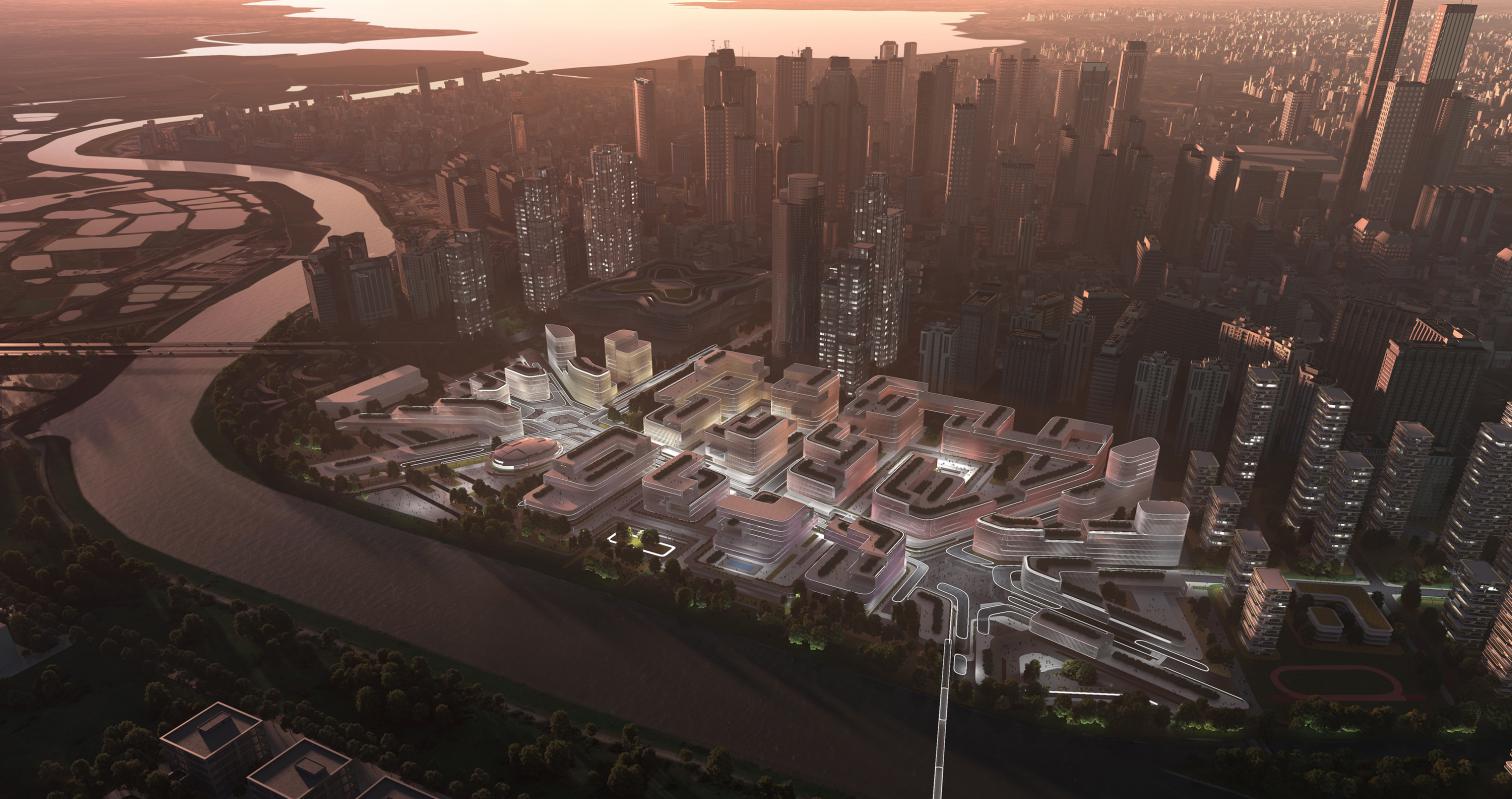 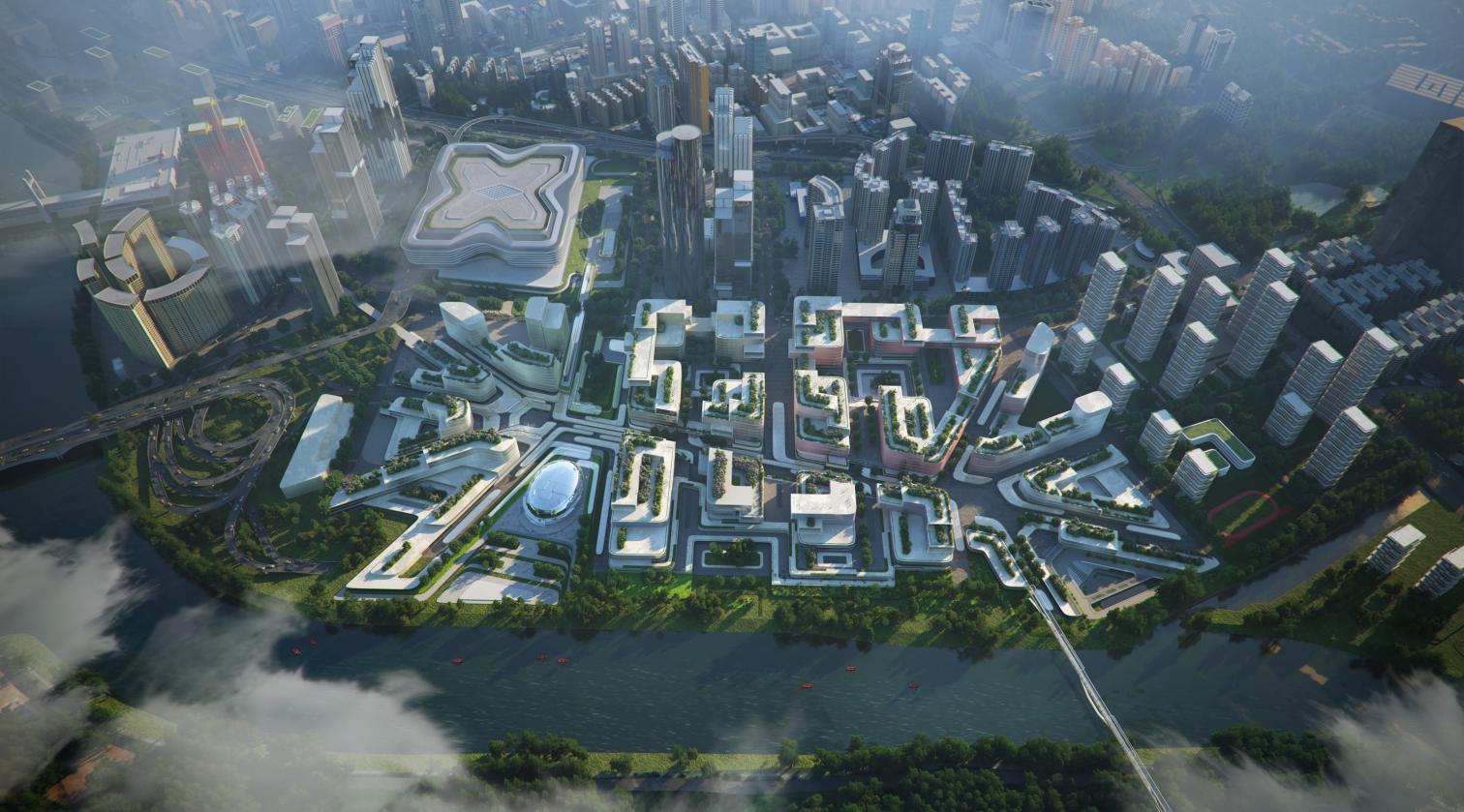 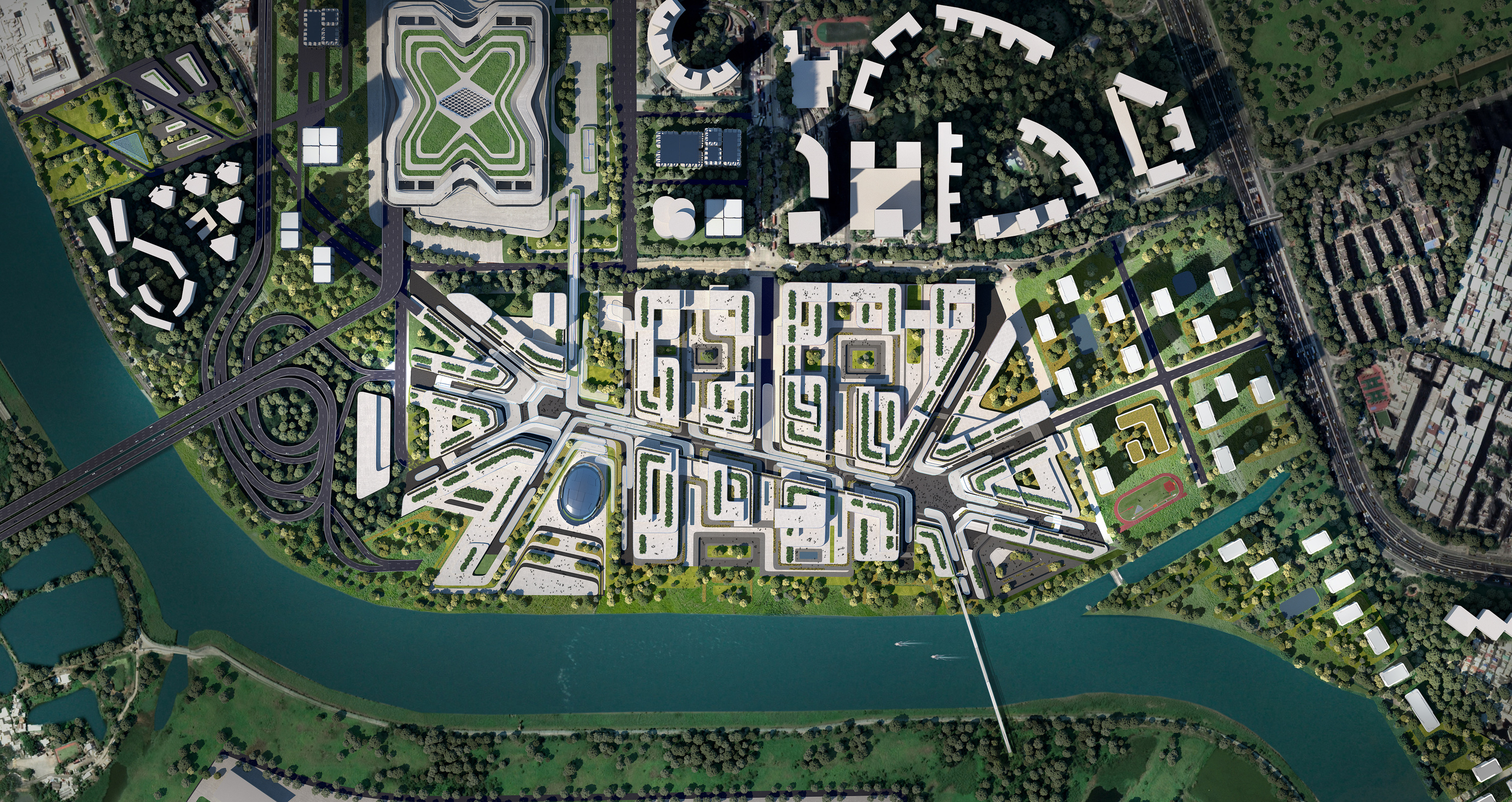 Zaha Hadid Architects   Qatar   The coastal city of Al Wakrah, 20 kilometers south of Doha, has inaugurated the building designed by Zaha Hadid Architects – in collaboration with the engineering firm Aecom – which will be one of the venues of the FIFA World Cup of 2022. Among the n

Blocks over a Viaduct, Vienna

Zaha Hadid Architects   Austria   This project is part of the revitalization initiative undertaken for the Wiener Gürtel, the name given to an oversized and ring-shaped slice that cuts through the urban fabric of the city of Vienna. Historically, the Gürtel has separated the city fro

Zaha Hadid Architects   Germany   Conceived as a coda to a series of important buildings designed by Aalto, Scharoun and Schweger, the science center rounds off the north edge of Wolfsburg’s urban center and serves as a connection with the new Volkswagen town, located at the other en

Zaha Hadid Architects   India   Linked by a fluid landscape with a sculpture garden and a pool, the new annex, wrapped in building blocks, contrasts physically and programmatically with the colonial building, having the potential to set up a dialogue between the traditional and mod

Zaha Hadid Architects   Russia    The firm Zaha Hadid Architects has turned out the winner in the international competition to build the new Sverdlovsk Philharmonic Concert Hall in Yekaterinburg, the Russian city considered the capital of the Urals. Drawing inspiration from the phys

Zaha Hadid Architects   France   To reduce the pollution and traffic jams that Strasbourg endures, its authorities have launched a plan to encourage people to park their vehicles on the periphery and continue their trip into the city using only public transportation. Apart from the

Zaha Hadid Architects   China   Composed of three towers which vary in height, the complex generates public space in the interior and uses its lines to create areas connected by green zones.

Zaha Hadid Architects   Hong Kong   Located in the heart of the city’s central business district, beside I.M. Pei’s Bank of China Tower, this 36-floor office building on Murray Road replaces a multi-story car park with a scheme that reinterprets the forms of the bud of a Bauhinia x bla