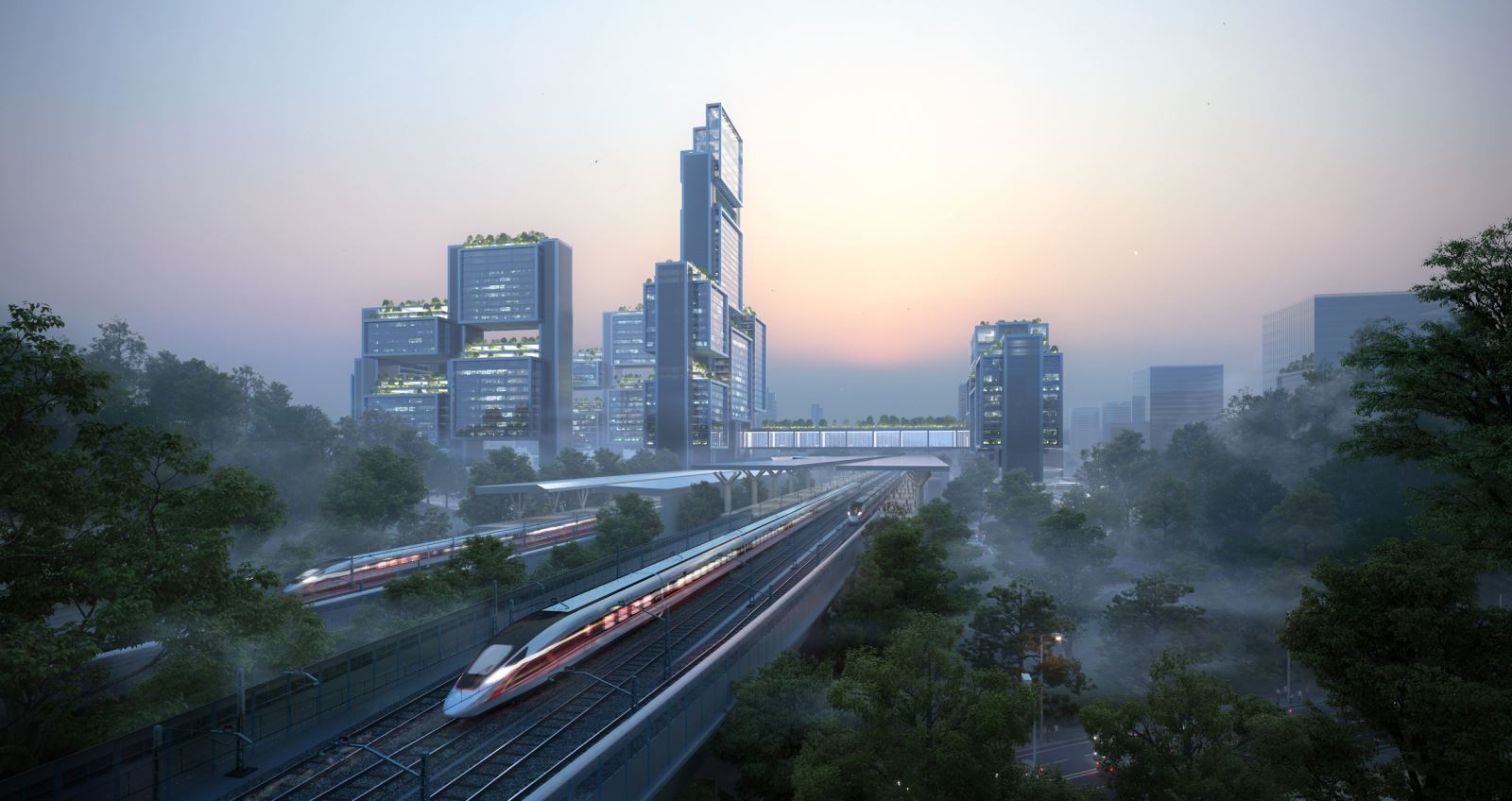 The firm of Norman Foster has won the competition to design Guangming Hub, a transport-oriented development on the high-speed rail link that connects Hong Kong, Shenzhen, and Guangzhou, with three new metro lines incorporated.

The latest technological tools are harnessed to make Guangming Hub work like a ‘smart city,’ integrated into the environment through lush greenery and maximizing landscape areas. A set of constraints that would influence urban growth in the area was fed into a software program developed by Foster + Partners. The resulting ideal masterplan was later further refined, and the transport links detailed.

The topography and the two major railway lines intersecting at the site have the effect of limiting movement, so the masterplan seeks to create a network of slow-moving autonomous vehicles, with stepped green terraces linking up with the surroundings.

A large commercial podium is set over the underground metro system and the inter-urban connection terminals. Office towers are thought out as gateways to the hub. Ground-level openings in these towers lead to the high-speed train station, and a bridge over this houses a new transport museum. 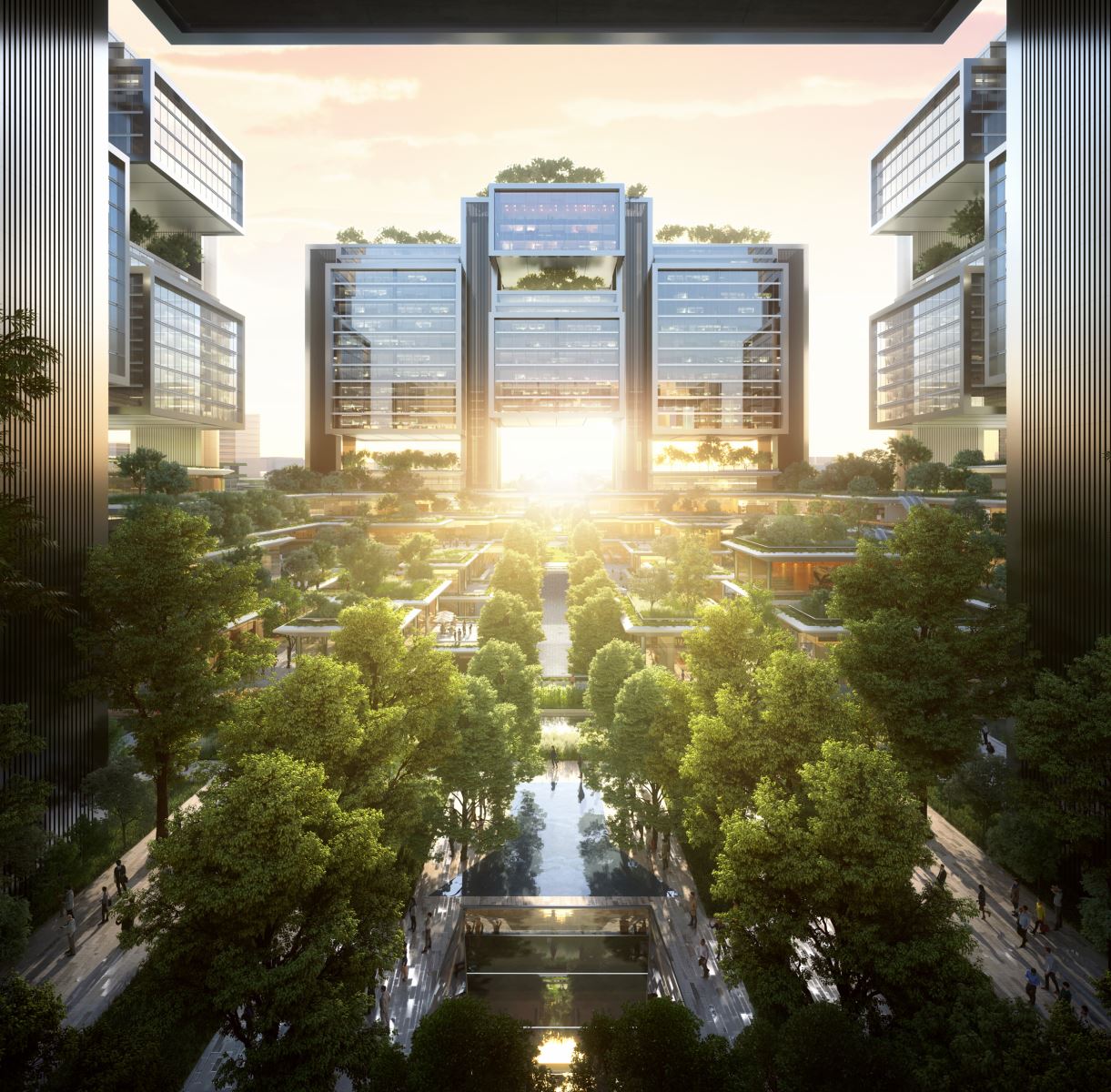 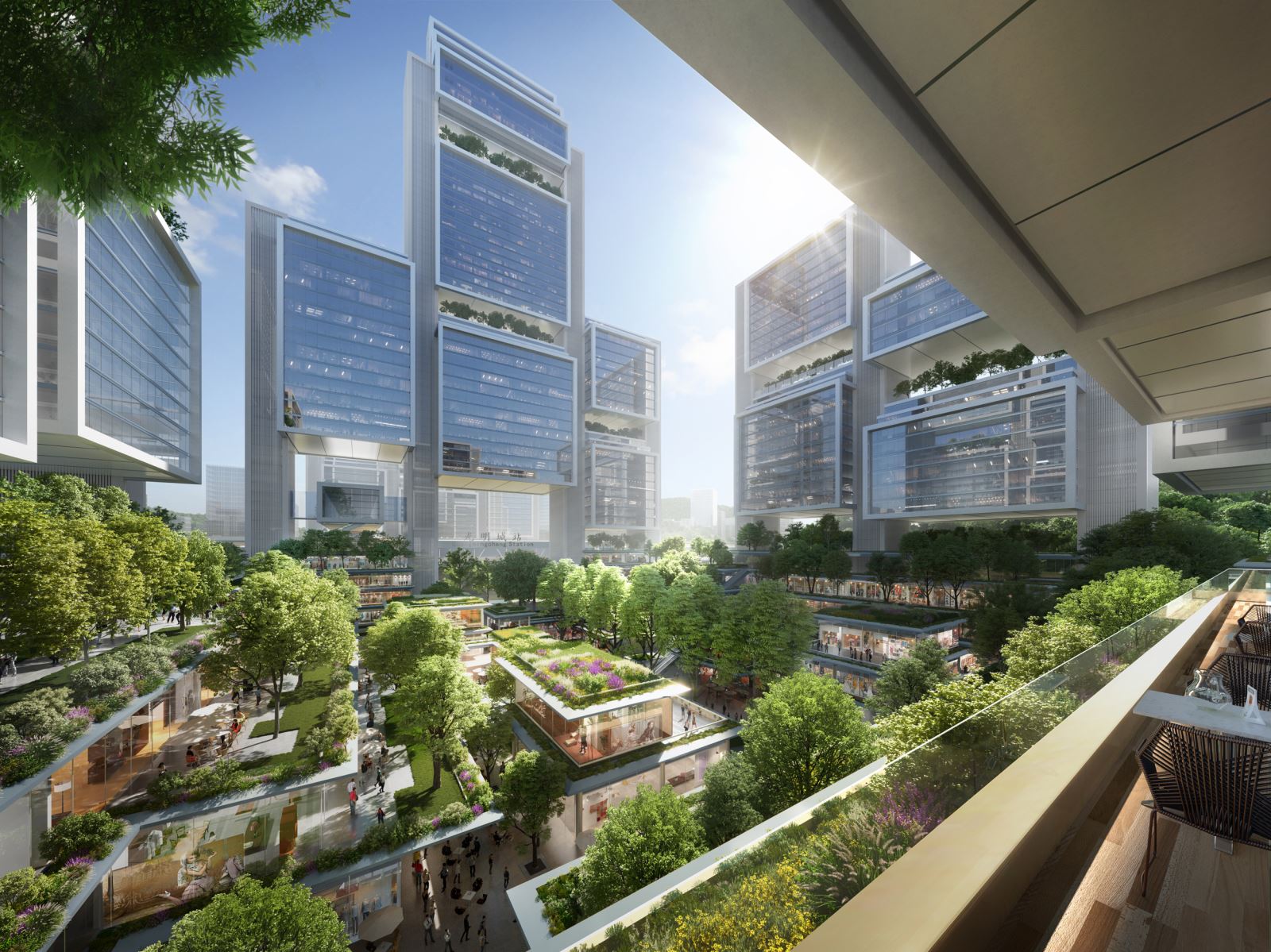 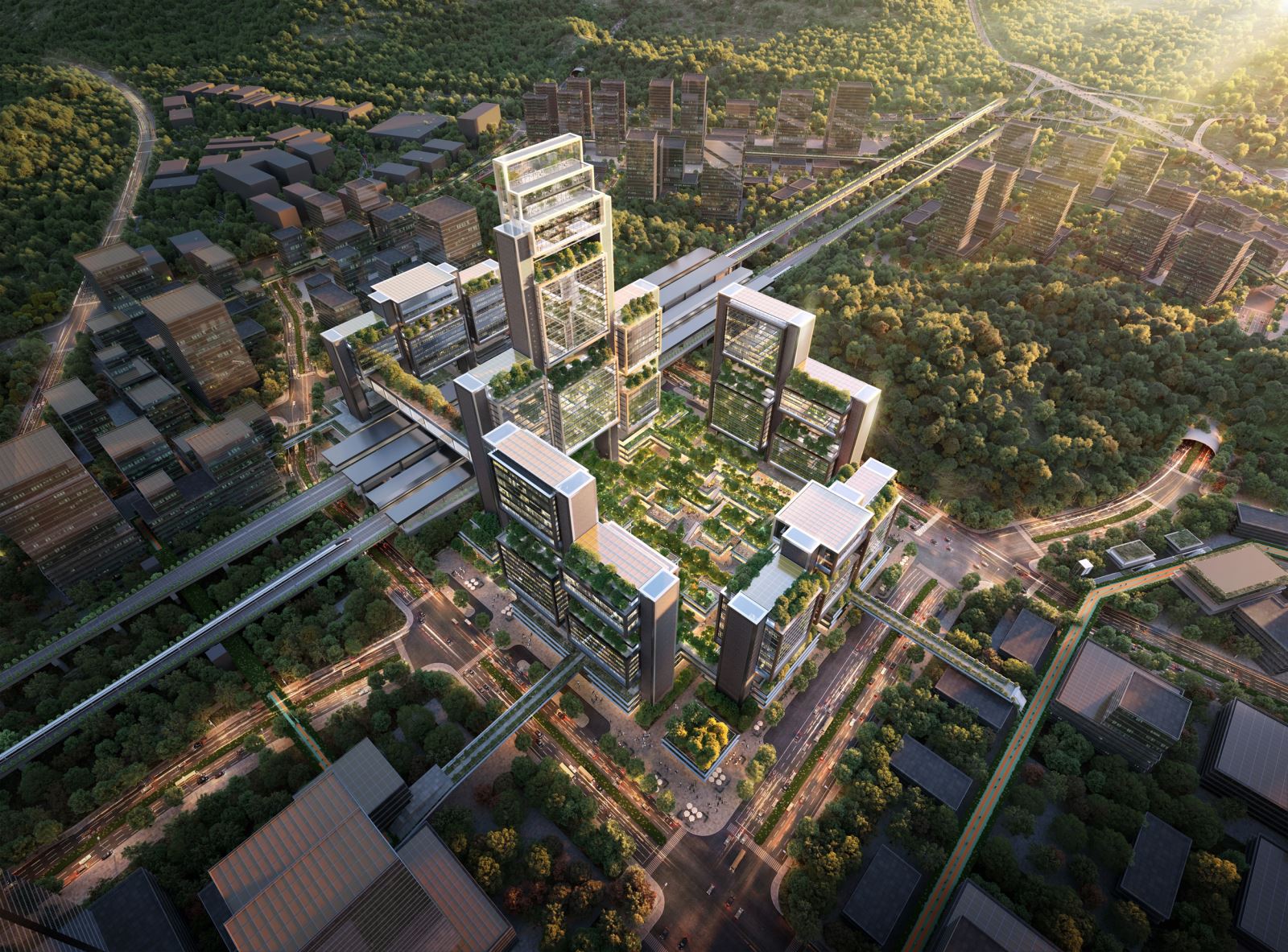 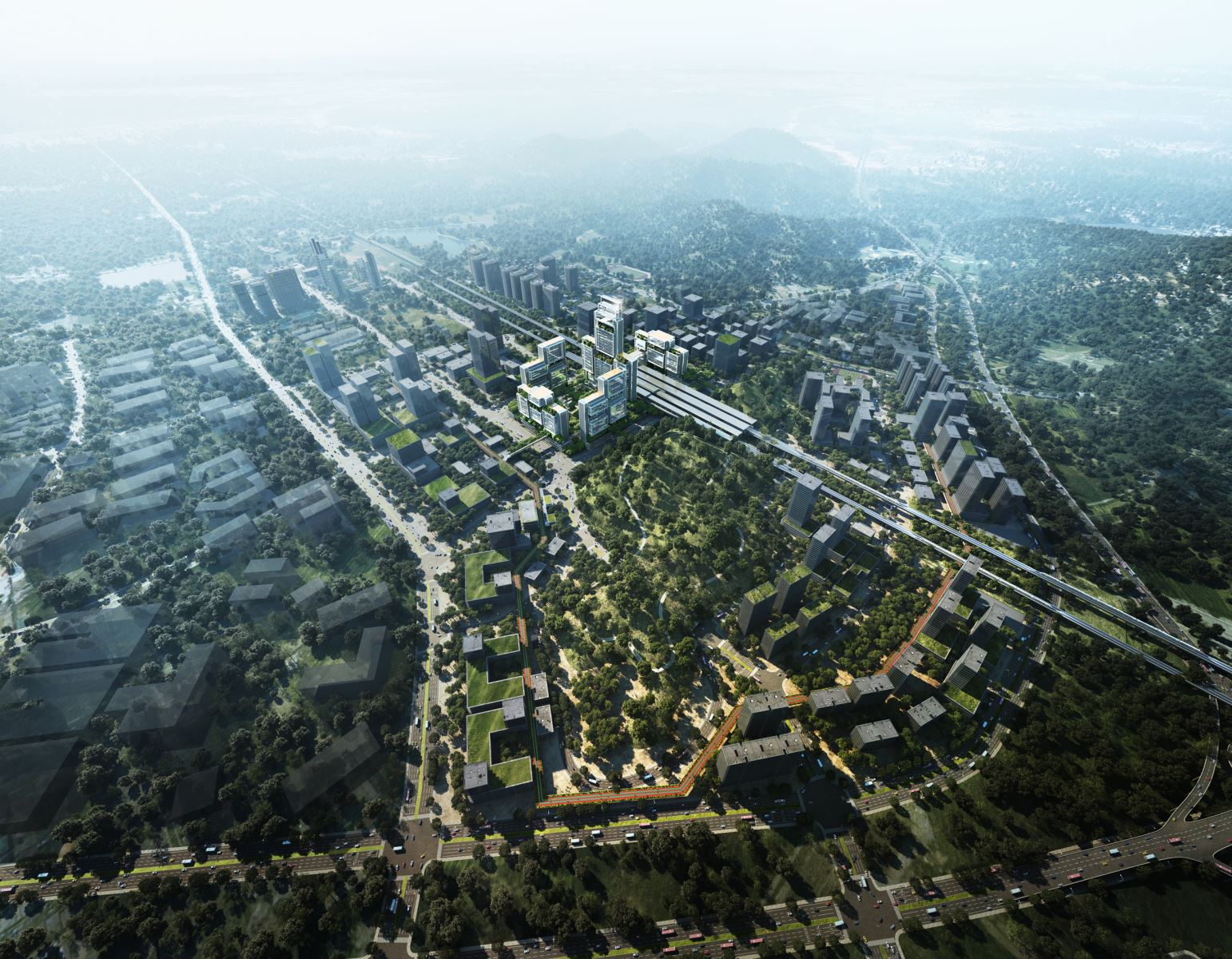 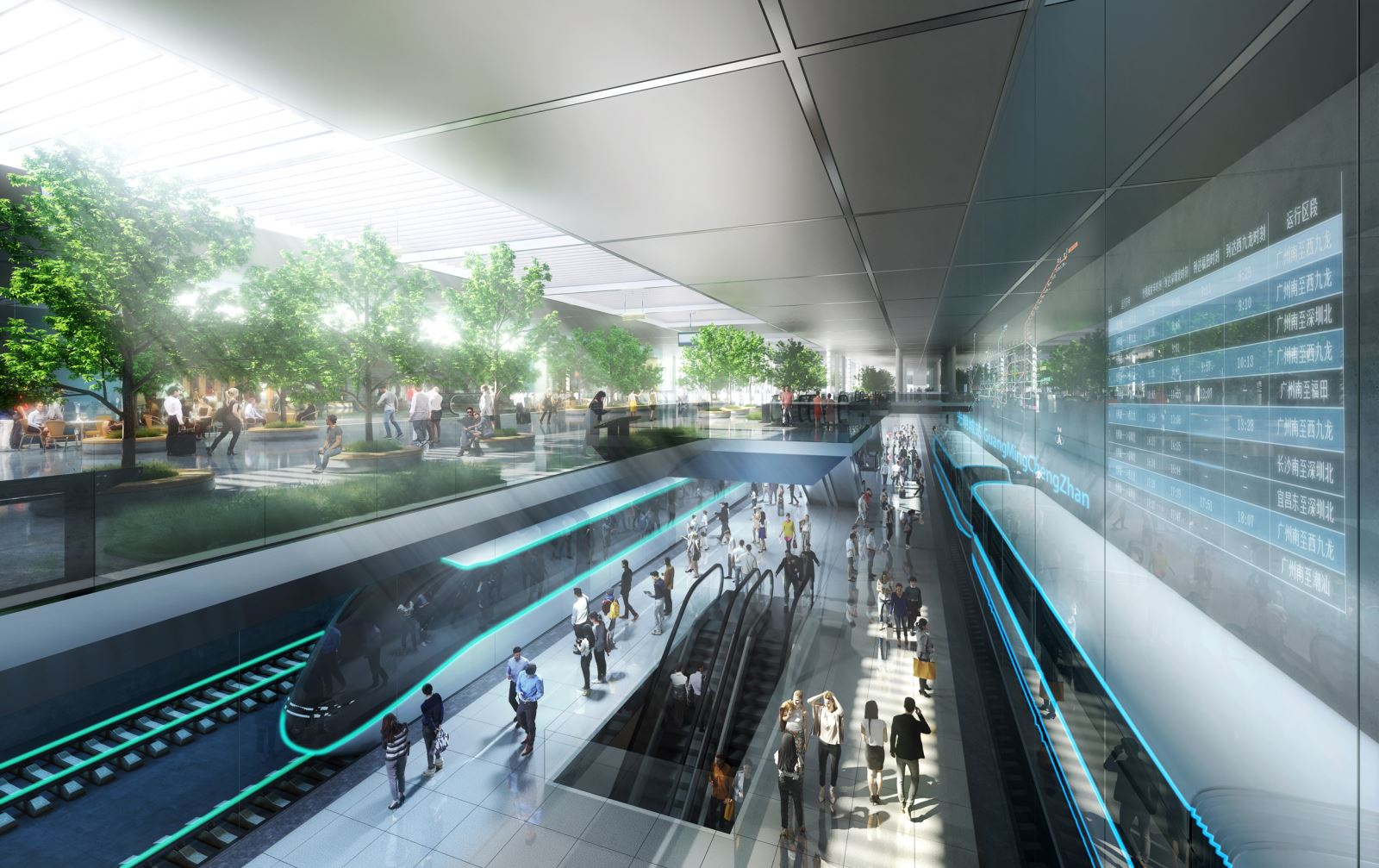 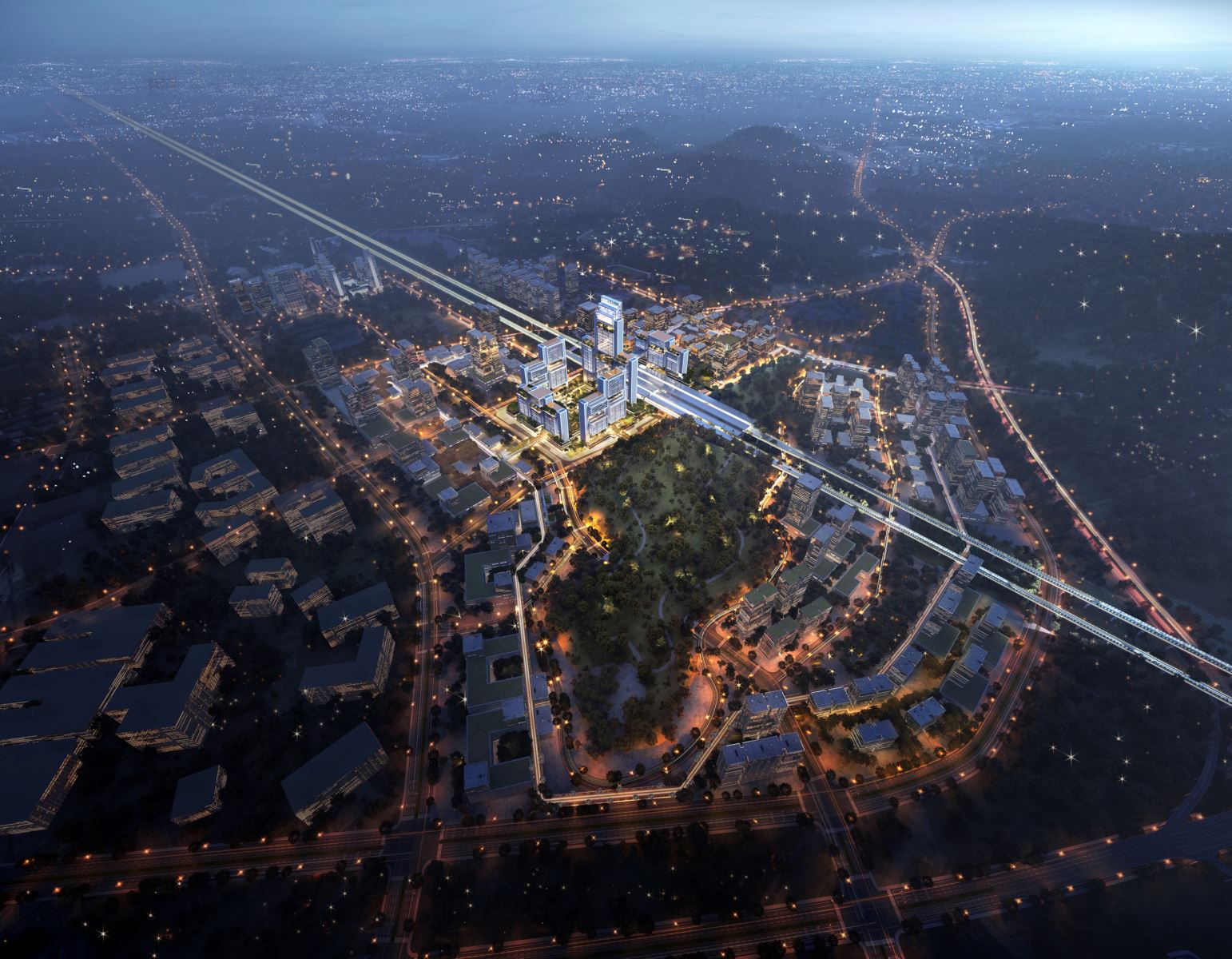 Foster + Partners   China   Norman Foster’s firm has won the competition to design the new offices of the Chinese e-commerce giant Alibaba. The location is Shanghai’s Xuhui Riverside area, with views of the Huangpu River and the Pudong CBD. Thought out from the inside out, a gr

Foster + Partners   Qatar   The firm of Norman Foster has designed Lusail Stadium, the main venue – for the opening and final match – of the 2022 FIFA World Cup in Qatar. It will take in 80,000 spectators and will be the centerpiece of Lusail, a new city currently going up 15 k

Foster + Partners Norman Foster   United Arab Emirates   The historic Abu Dhabi Central Market is one of the oldest sites in the city. Inspired by the traditional architecture of the Gulf, this scheme aims to reinvent the marketplace as a contemporary mixed-use complex and give the city a new civic heart.

Foster + Partners   United Kingdom   The refurbishment of original structure, designed by Cedric Price with Frank Newby and Lord Snowdon in 1962, provides a new walk-through home for the zoo’s troop of Colobus monkeys and includes a new education and community center...

Foster + Partners   United States   With a form that is a pure expression of the function, the tower is divided into three stacked volumes, with the core placed to the rear. Standing alongside icons by Mies, Saarinen, and Johnson, it is the first office block to go up on Park Avenue in