Will the ‘Sistine Chapel’ of pelota bounce back as a centre of Spanish culture? 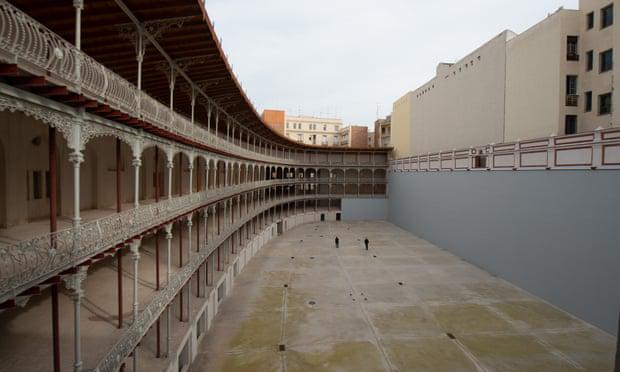 Campaigners call for historic sports venue in Madrid to become a world heritage site after its €38m restoration.

Since its inauguration 127 years ago, the Frontón Beti-Jai, built at the height of the Spanish capital’s love affair with the Basque game of pelota, has echoed with the crack of leather-stitched balls, with cheers, screams, the thrill of invention, the gunning of thirsty American engines and, most recently, the chirping of the birds who nested in its almost terminal decay.

Today, the Frontón Beti-Jai, designed by the architect Joaquín Rucobais, the finest surviving example of a late-19th century pelota court in the world, and also lays claim to being the oldest original and unaltered modern-era sporting venue in Europe.

Now that the building has been expropriated and conserved – at a total cost of €38m – the debate is about how it should be used and whether it should be modernised and encased under a glass roof. If another €10m can be found to install electricity and water and bring the Beti-Jai up to modern safety standards, it could be used as a sports venue – the pelota court is suitable for the game’s many varieties – and as a place to stage plays, concerts and other cultural events...

The Guardian: Will the ‘Sistine Chapel’ of pelota bounce back as a centre of Spanish culture?