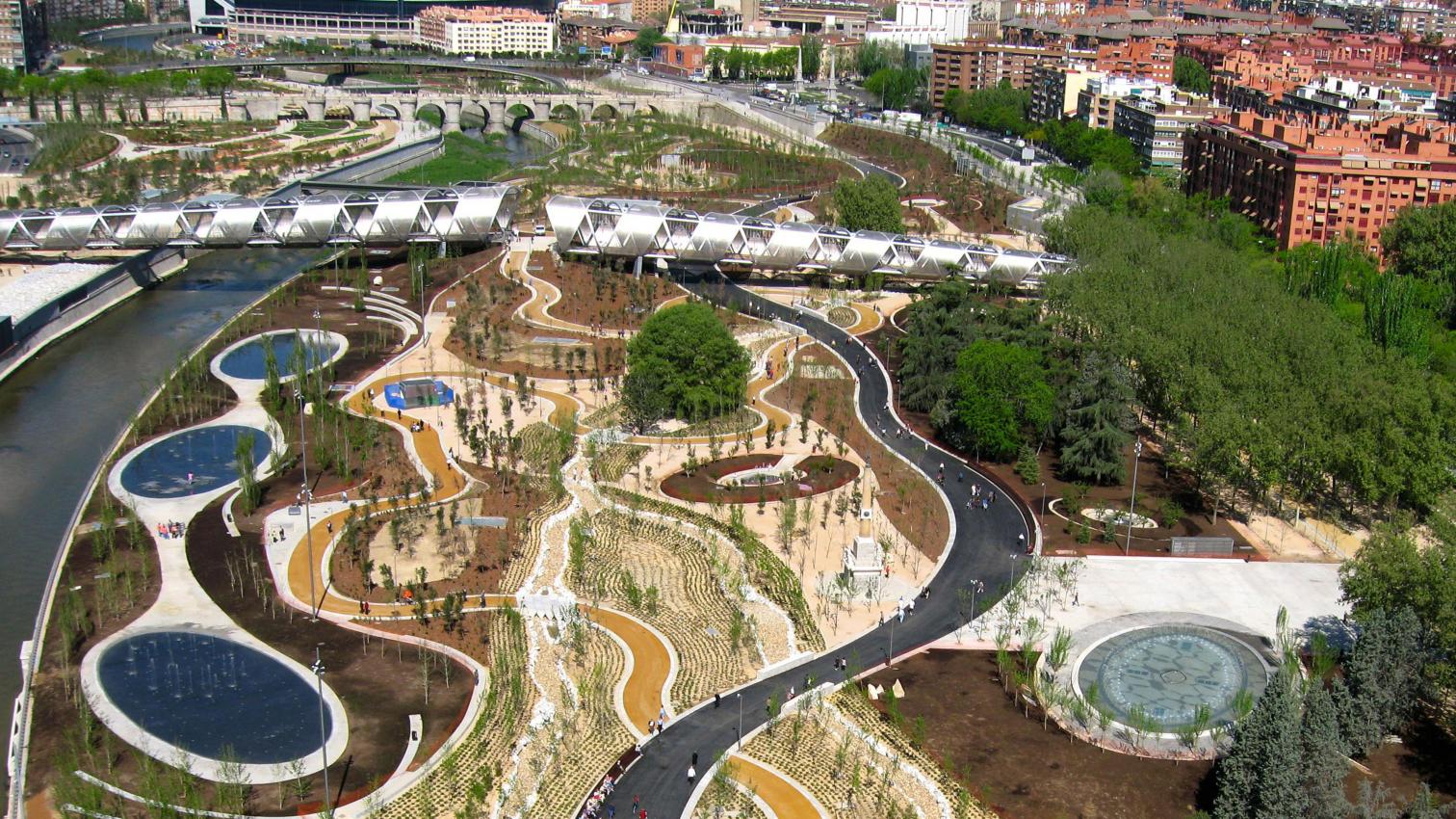 The 2015 Veronica Rudge Green Prize in Urban Design, awarded by Harvard University’s GSD, went to Madrid Río, the project that has transformed the banks of the Manzanares River, a work of the team led by Ginés Garrido, including Madrid studios Burgos & Garrido, Porras & La Casta, and Rubio & Álvarez-Sala, in collaboration with the Dutch landscaping firm West 8. Created in 1986, the prestigious prize acknowledges the importance of sustainable urban spaces that contribute to a positive perception of the public space and improve the quality of urban life. The jury found that all these qualities are present in the operation through which the Manzanares Linear Park was created. The project stretches on top of a buried ringroad, regenerating the river banks and helping to revitalize the neighborhoods located along the river, connecting the water with the city. Madrid Río is devised as a flowing sequence of landscapes that generate a varied route, and though during the crisis it was criticized for economic reasons, no one questions its success in returning life to a marginalized part of the city.

If we were to pinpoint an emblem for Spain’s successful public healthcare system, one sure candidate would be La Paz Hospital in Madrid. At least that is the opinion of the institution’s authorities, who, faced with a dire need for more space, found

Alejandro de la Sota   Spain   At the same that the National Colonization Institute was creating towns on arable land, an exodus of people from rural areas to the large urbs was apace. Accompanied by their families, laborers arrived in the city in search of employment, rapidly for

A New Park for Madrid

The cloud of uncertainty that Madrid urbanism has in recent years gotten itself trapped in – with cases like Operation Chamartín, the redevelopment of the area around Vicente Calderón Stadium, the intervention in Canalejas, or the revamping of Edific

Basurama Taller de Casquería Zuloark   Spain   Collective groups of artists and architects in collaboration with citizens have transformed residual plots and zones of the Madrid district into new public plazas and spaces.

Lucía Usera del Valle   Spain   Detecting 30% of the inhabitable spaces that were not being used (courtyards, roofs, terraces), and establishing a spatial relationship between them is the starting point to propose evacuation routes and the interior program. A continuous technologic

Linazasoro & Sánchez Arquitectura   Spain   The Mayor of Madrid, José Luis Martínez-Almeida, announced plans to recover the winning project in 2014 of the call for ideas ‘Piensa Sol’, convened by the Madrid Insitute of Architects (COAM), to renovate Madrid’s Puerta del Sol. The construction wo

The results of the competition for the chance to refurbish the main shed of the old Clesa dairy factory, built in the year 1961 by the master Alejandro de la Sota in Madrid’s Fuencarral-El Pardo district, were announced on 27 November 2015. Promoted