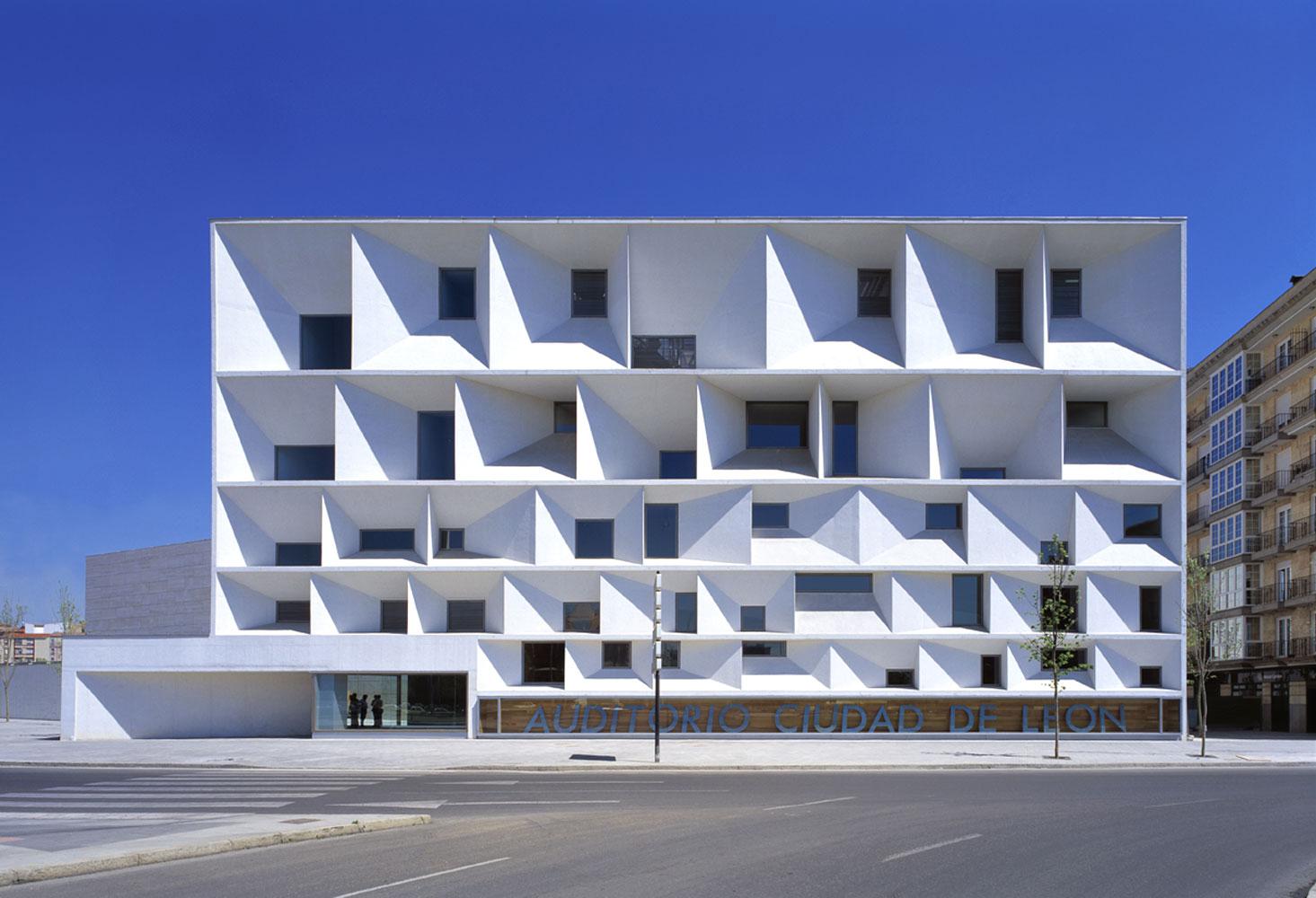 Spain’s Council of Architectural Institutes presents every two years the Prize for Spanish Architecture to distinguish the best work carried out in our country. In its edition of 2003 the work chosen has been the Concert Hall of León, by the Madrid architects Luis Moreno Mansilla (1959) and Emilio Tuñón (1958). Collaborators since their years at the studio of Rafael Moneo, they received critical applause with their first joint work, the Museum of Fine Arts of Zamora, and shortly after they won the competitions to refurbish as archive and library the old El Águila brewery in Madrid, and to build the Museum of Fine Arts of Castellón. A commission obtained also after a competition held in 1995, the Concert Hall of León fragments its program so as not to overshadow its surroundings. If the main hall, rectangular and with seating on each side, is a tribute to the Manuel de Falla auditorium in Granada, by José María García de Paredes, the facade of the exhibition center is a plateresque echo of the church of San Marcos. Formed by a large retable of funnel-shaped openings, it has become the emblematic image of the building.

The Friction of Context, from Zamora to Venice

Francesco Dal Co   Modernity has been a universal passion. All modern poets have chased after that magnetic and elusive figure that fascinates them. Baudelaire was the first. He was also the first to touch her and discover that she is nothing but time that crumbles in

The Madrid studio of Emilio Tuñón has won the bid to expand the architecture school of the Polytechnic University of Cartagena (UPCT). Its design divides the program into three blocks: the existing building, containing administrative services and off

Stan Allen   Mansilla & Tuñón’s 2008 competition winning scheme for the Energy Dome of the Soria Environment City begins with a few simple, rule-based operations. The starting point is a half sphere; an easy to describe geometric container, sized to accommoda