The third international congress organized by the Fundación Arquitectura y Sociedad has begun, again at the Baluarte of Pamplona. If the first two, with the mottoes of ‘More for Less’ and ‘The Common’, focussed on key questions in times of crisis, austerity and solidarity, this edition tackles ‘The Necessary’ in a double sense: the necessary as that which is indispensable, and necessary as an adjective to continue to apply to architecture, against those who question its role in society or even its very existence. Structured in three days and corresponding parts – ‘architecture and shelter’, ‘architecture and pleasure’, and ‘architecture and performance’ –, the congress benefits from the presence of authorities and persons of note – among them the mayor of Pamplona, Enrique Maya, and Ambassador Javier Conde, the Foundation’s vice-president, besides the director of the event, Luis Fernández-Galiano --, and kicked off with a masterly conference by Dominique Perrault. According to the French architect born in 1953, the discipline’s necessary-ness lies in its capacity to go beyond mere functional demands, and he illustrated this with an extensive and dynamic run-through of his career, grouping works and projects under three concepts:  constructing the landscape, acting on heritage, and working on public space. After him spoke the Italian critic and historian Fulvio Irace and the German curator Andres Lepik, who presented their ideas on the concept of necessity in architecture, the former reaching back to John Ruskin and examining the concept in the light of the Modern Movement, the latter focussing on several cooperative projects in Africa and drawing attention to the challenge that architecture should rise to in the face of the fact that about 70% of the population of this continent lives in slums. The morning’s three conferences were followed by a debate that centered around the paradoxes and issues that from an ethical and aesthetic angle concern the architect who works in underprivileged environments. That necessity in architecture involves addressing housing requirements in developing countries is shared by the two afternoon speakers. Anupama Kundoo, born in India in 1967, explained how the necessary in architecture is really what is not built, inhabited space, and reinforced this idea through a series of projects executed with local techniques and materials and the participation of the communities concerned. The South African architect Peter Rich, born in 1945, used exquisite drawings, evocative photographs, and a way of looking at things much resembling that of an anthropologist to show us buildings raised in different places on the continent that, like Kundoo’s works, reveal a close attention to context, a sensitivity to the givens of local culture, and constructive innovation with limited resources. The day ended with a debate moderated by Andres Lepik where the speakers, while exposing the paradoxes of exporting their own experiences to other contexts, maintained an optimistic confidence in the emancipating power of architecture. Montse Zamorano 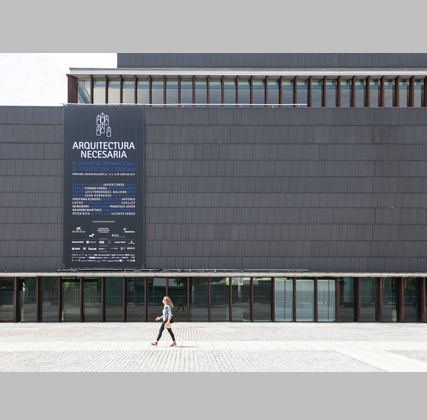 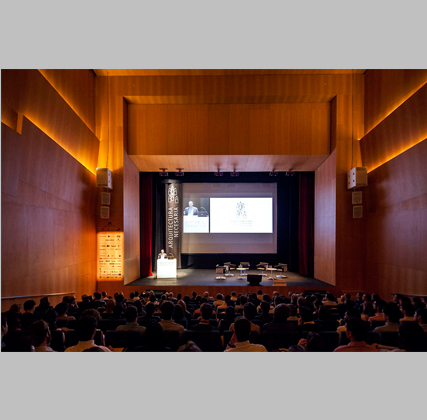 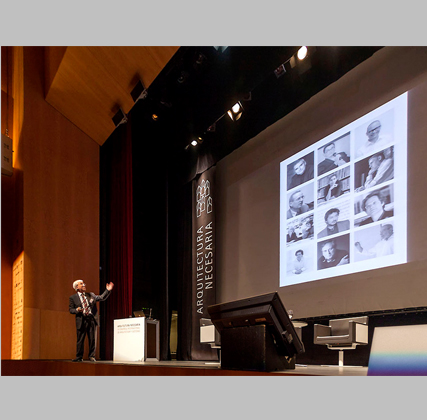 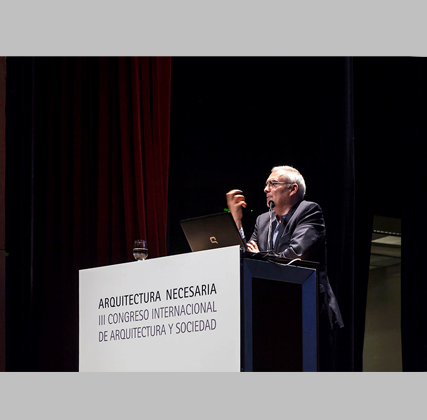 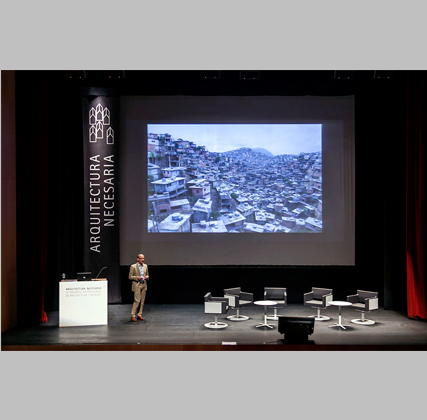 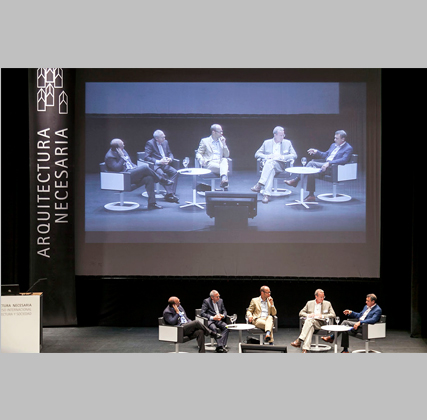 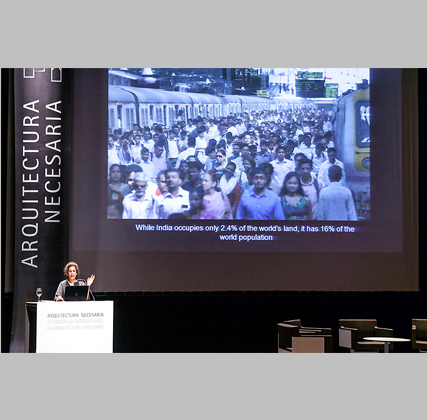 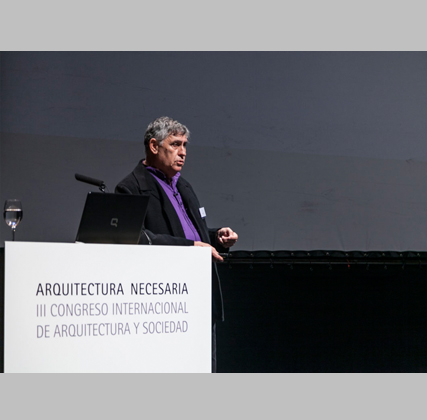 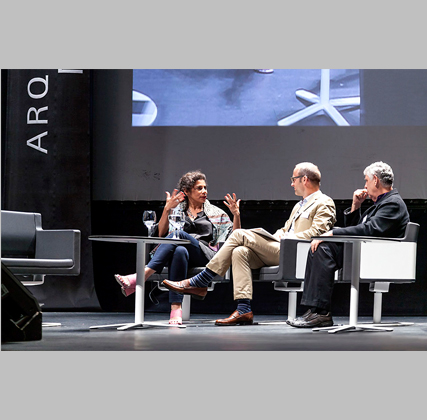 Under the heading ‘A Humanistic Future’, the final session of the 3rd International Architecture Congress began with the Alicante-born journalist and essayist Vicente Verdú recalling the social and political commitment of architects of the Modern Mov

On 13 June, at the Baluarte auditorium and convention center of Pamplona, the Fundación Arquitectura y Sociedad wrapped up its third biennial international congress, closing a series that began in the year 2010 with the motto ‘More for Less’, continu

“Not the old, not the new, but the necessary.” Tatlin’s famous line is the motto of the Fundación Arquitectura y Sociedad’s third international architecture congress in Pamplona, slated for the 11th, 12th, and 13th of June. The two previous events fo

MAPAA   Chile   The Chilean practice of Cristián Larraín and Matías Madsen, MAPAA, was commissioned to build an office facility in Pirque, a commune in the Santiago Metropolitan Region, in the Maipo River Valley. Surrounded by olives and vines, the 330-square-meter