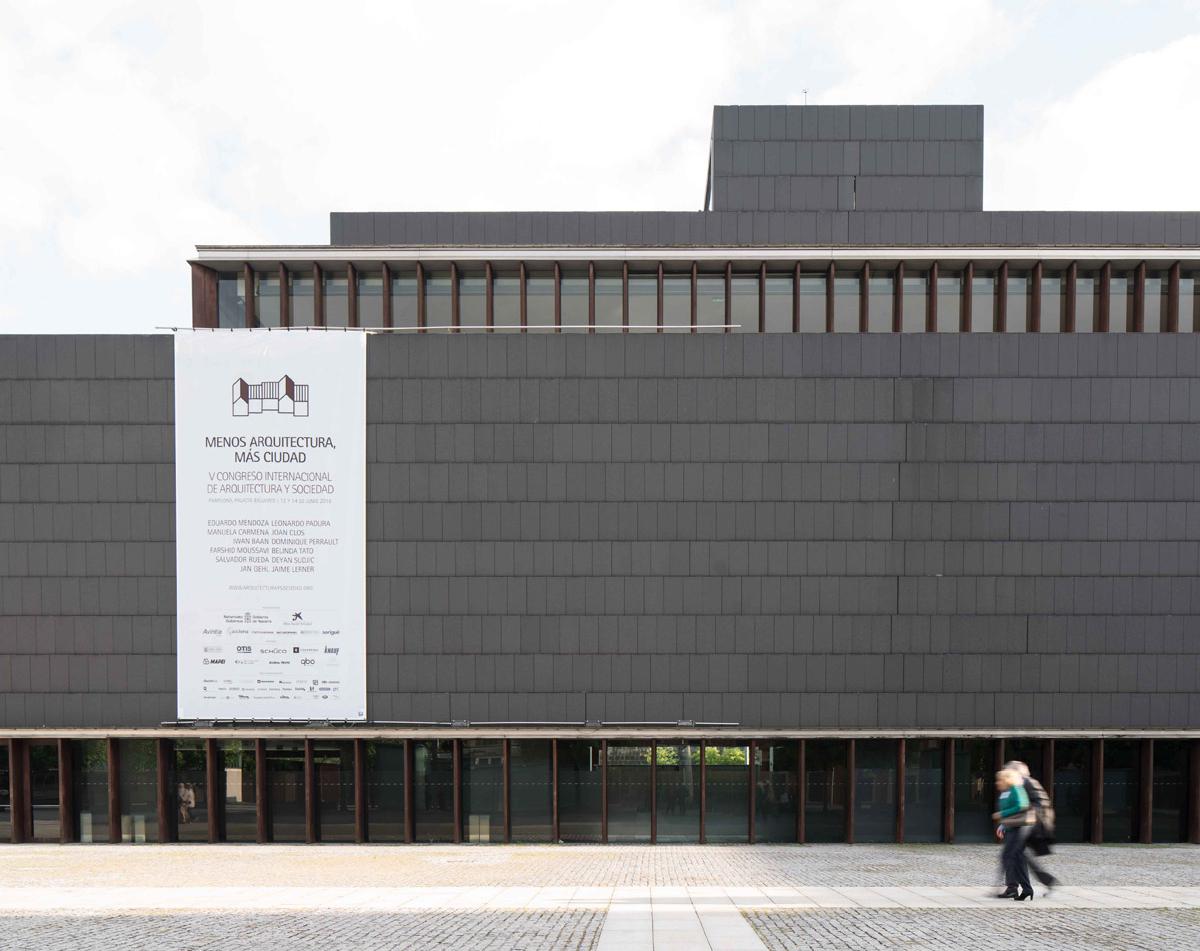 The ‘Less Architecture, More City’ international congress came to an end at Pamplona’s Baluarte convention center on Thursday, It was the fifth biennial encounter organized by the Fundación Arquitectura y Sociedad, following ‘More for Less’ (2010), ‘The Common’ (2012), ‘Necessary Architecture’ (2014), and ‘Change of Climate’ (2016). Complementing these, which proposed dealing with the crisis through austerity and solidarity, this year’s event has begun a new cycle of congresses in which the focus is the city, a place of freedom for the individual but also a meeting point for all citizens and a territory of great challenges for those called upon to face globalized civilization.

The 2018 congress, as usual, had the organizational support of Arquitectura Viva, and as in 2010 and 2016 it was inaugurated in the presence of Felipe VI, King of Spain, in a ceremony also graced by Uxue Barkos, President of Navarre, Carlos Solchaga, president of the Fundación Arquitetura y Sociedad, and Francisco Mangado, founding trustee, besides Luis Fernández-Galiano, congress director.

The round of lectures began with the writers Eduardo Mendoza and Leonardo Padura. The acclaimed author of The City of Marvels and 2016 recipient of the Cervantes Prize explained how modern literature has made the urban realm its principal quarry of materials, and confessed that what interests him in cities – especially his native city, Barcelona, setting of his novels – is its shady, rogue side and its capacity to transform itself continuously. As for the Cuban, to whom we owe the famous crime novel series starring Mario Conde and other successful, complex stories includingThe Man Who Loved Dogs, described in detail the settings of his narrations, which are fundamentally those of his everyday life in a neighborhood outside Havana, and explained to what extent his approach to local themes and urban scenes is inevitably loaded with political denouncement.

The second session, titled ‘The Government of Cities,’ started with an impassioned speech by the Mayor of Madrid, Manuela Carmena, who explained her policies for the Spanish capital from a highly personal angle, convinced as she is that the future of cities involves participation and synthesizing the desirable characteristics of a modern metropolis in three concepts: solidarity, sustainability, and creativity. Both a complement to and pendant to Carmena was Joan Clos, ex-Mayor of Barcelona and also former Minister of Industry of the Spanish Government, who has spent the past eight years in Nairobi as executive director of UN-Habitat, the United Nations agency mandated to promote sustainable, resilient, and prosperous cities. After presenting the challenges that the demographic and urban growth of Asia and Africa will pose for the West, Clos called for the formulation of an ‘African policy’ for Europe, and for our continent to keep moving forward and never cease to be a model of good practice: “May Europe be for the world what Scandinavia has been for Europe.”

Titled ‘Urban Visions,’ the third session of the congress kicked off with a talk by Iwan Baan, the world’s most acclaimed photographer of architecture, who with 800 images took the audience on a highly personal and thrilling voyage to all corners of the globe, presenting in an impressionistic manner different kinds of cities, from the informal settlements of Lampala to the astonishing thousand-year-old architectures dug up in Ethiopia. Excavated architecture was precisely the theme of the conference of Dominique Perrault. A member of France’s Académie des Beaux-Arts and renowned author of the Bibliothèque nationale de France in Paris, he proposed that cities stop growing upward – the skyscraper model – or horizontally – the sprawl model – and instead push downward, taking advantage of available underground and freeing up surface land for the benefit of citizens. He illustrated his thesis with a recent series of projects and works of his that are subterranean in nature.

The fourth session – already on day two of the congress – looked at ‘The City as a Project’ through two established architects, both of whom are professors at Harvard University’s Graduate School of Design: Farshid Moussavi y Belinda Tato. Author of the by now mythical Yokohama International Port Terminal, Moussavi showed the audience some recent projects of her practice that have a strong civic and public imprint, with uses that range from the commercial and cultural to the residential, and are located in different cities, from London to Paris. Moussavi explained how architecture in itself can be a social agent and defended spatial flexibility as a way to include the different ways of life that exist in contemporary society. For her part Belinda Tato – through works and projects in Madrid, Dhaka, Asunción, and Miami, among other cities in the world, discussed the strategies followed by her practice, Ecosistema Urbano, when it comes to involving communities in decisions which are to transform their immediate environments radically, and defended the role architects can play in the process.

With a lecture on the identity of cities, Deyan Sudjic, an acknowledged British historian and critic who currently directs the Design Museum in London, opened the congress’s fifth session, ‘Architectures of Urbanity,’ with an interesting, idiosyncratic review of the history of the city, focusing on the essential role that in his opinion coincidence and chance play in its development; an anthropological perspective in contrast with the approach to the problem of city form put forward by the session’s second speaker, Salvador Rueda, a biologist and sociologist who is current director of the Agència d’ecologia urbana de Barcelona. After using chilling data to show the panorama of demographic growth and consumption of resources in the next twenty years – consumption he attributed to large cities – he explained his approach for confronting the problem gradually: ‘ecosystemic urbanism’ based on reducing energy consumption and on developing the economics of knowledge, with the so-called ‘superblock’ as the main tool, a model which Rueda and his team have been working on for years. To close, Rueda called for adherence to the document where these ideas are put down and developed, the ‘Carta de Barcelona.’

Jan Gehl and Jaime Lerner were the protagonists of the congress’s final session, ‘Urban Futures, Human Futures.’ While Gehl, a Danish architect and professor who has written urbanism classics like Life Between Buildings and Cities for People, explained his driving idea – reorienting urban planning in favor of pedestrians and cyclists – and exemplified it with projects carried out in Europe, American, and Australia, Jaime Lerner, the Brazilian architect who transformed the city of Curitiba as its mayor and was also governor of the state of Paraná, concentrated on using concrete cases to describe the planning tools for his unique ‘urban acupuncture’: the capacity to transform cities radically through specific interventions, spatially limited and controllable socially and economically. This urban acupuncture model is what made Time magazine, in 2010, include Lerner among the 25 most influential thinkers in the world.

The presentations were followed by conversations between the attendant speakers and moderators; José Luis García Delgado, Javier Conde, Luis Fernández Galiano, Ángela García Delgado, Sandra Ollo, and José María Ezquiaga. The event will be summarized in a book that Arquitectura Viva is putting together for printing this fall, joining the publications that documented the congresses of 2010, 2012, 2014, and 2016. 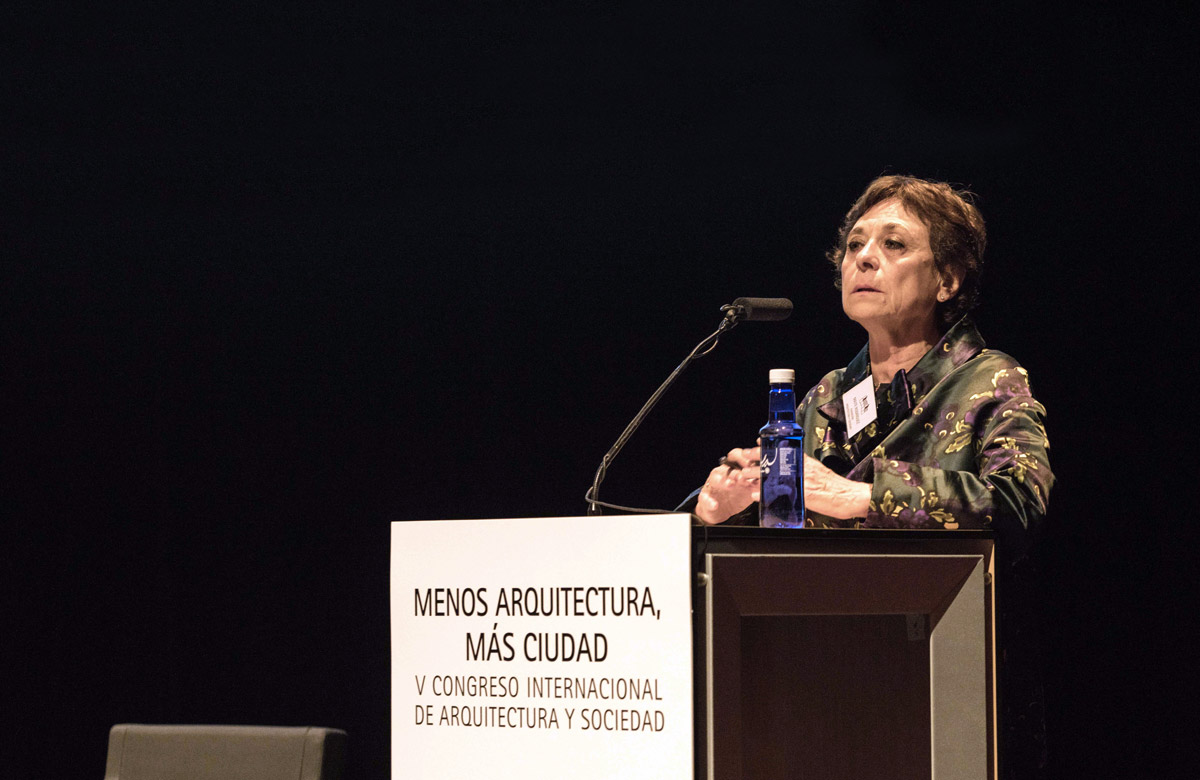 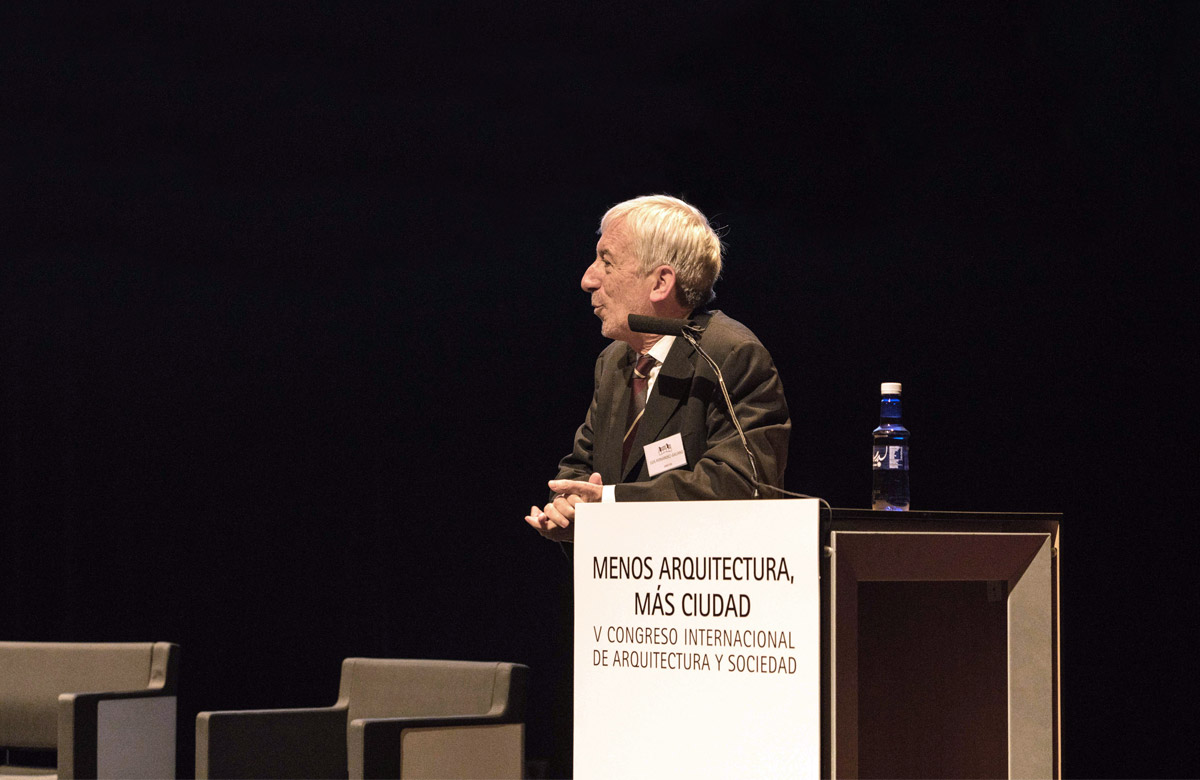 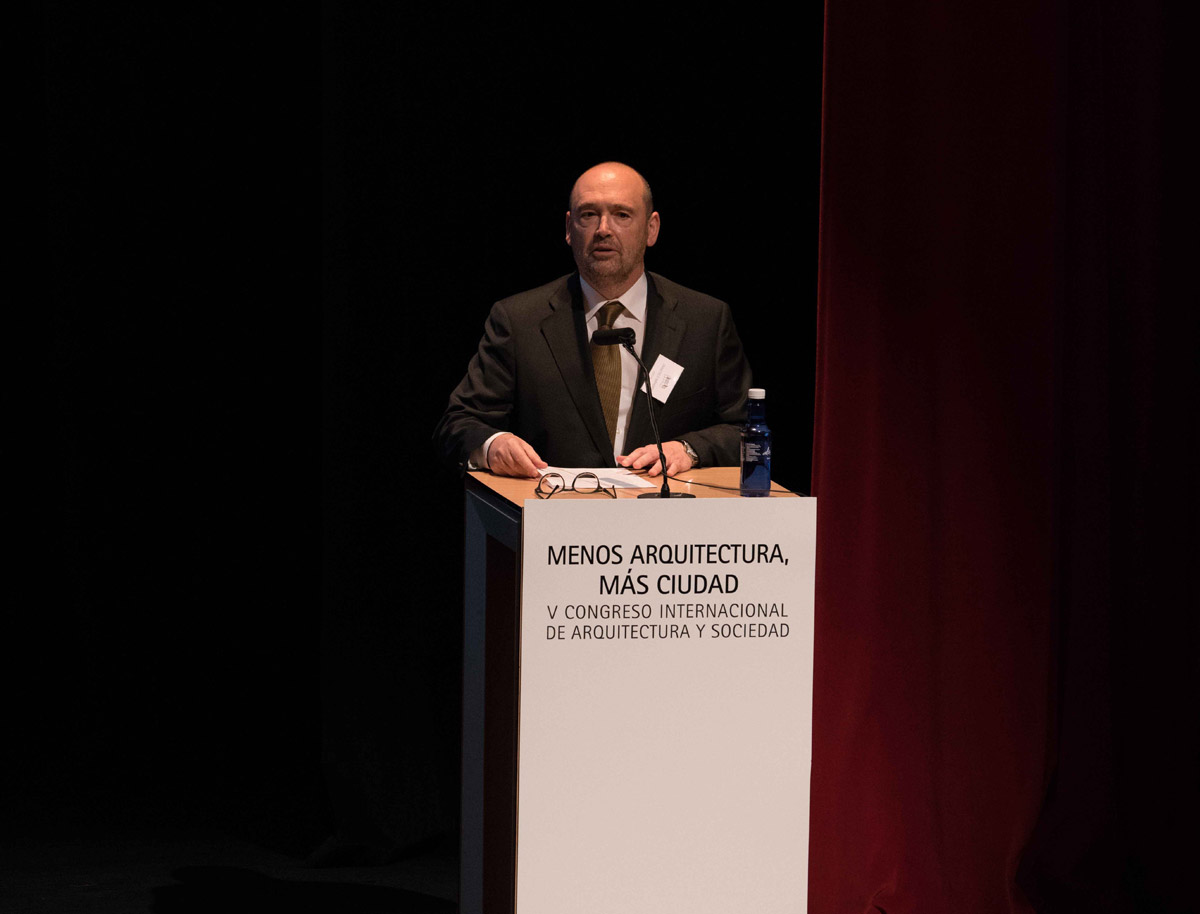 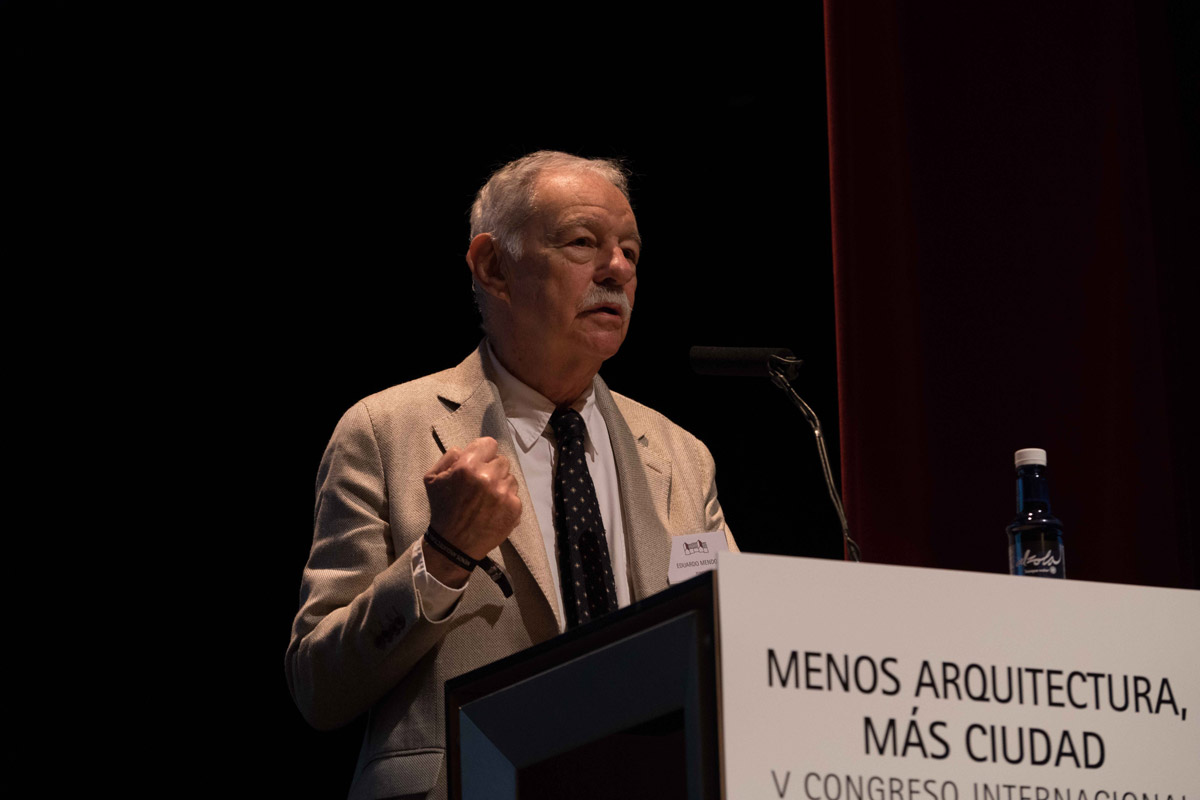 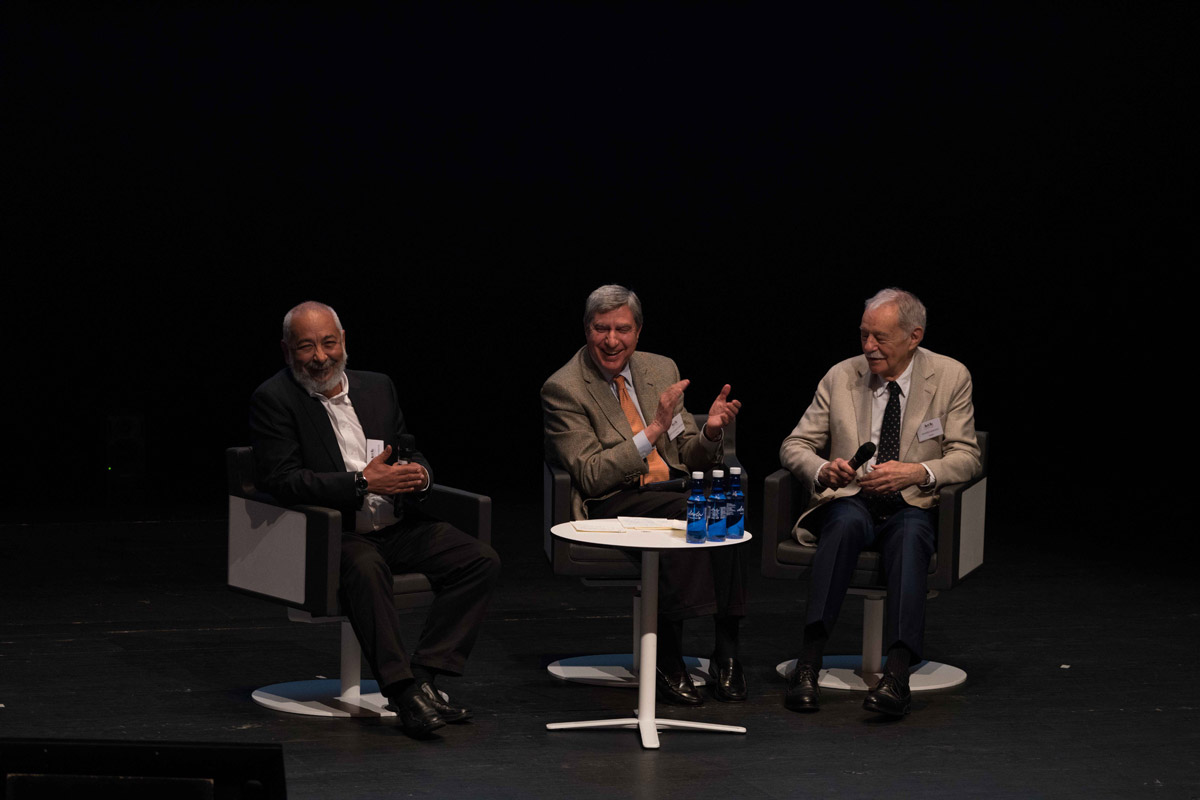 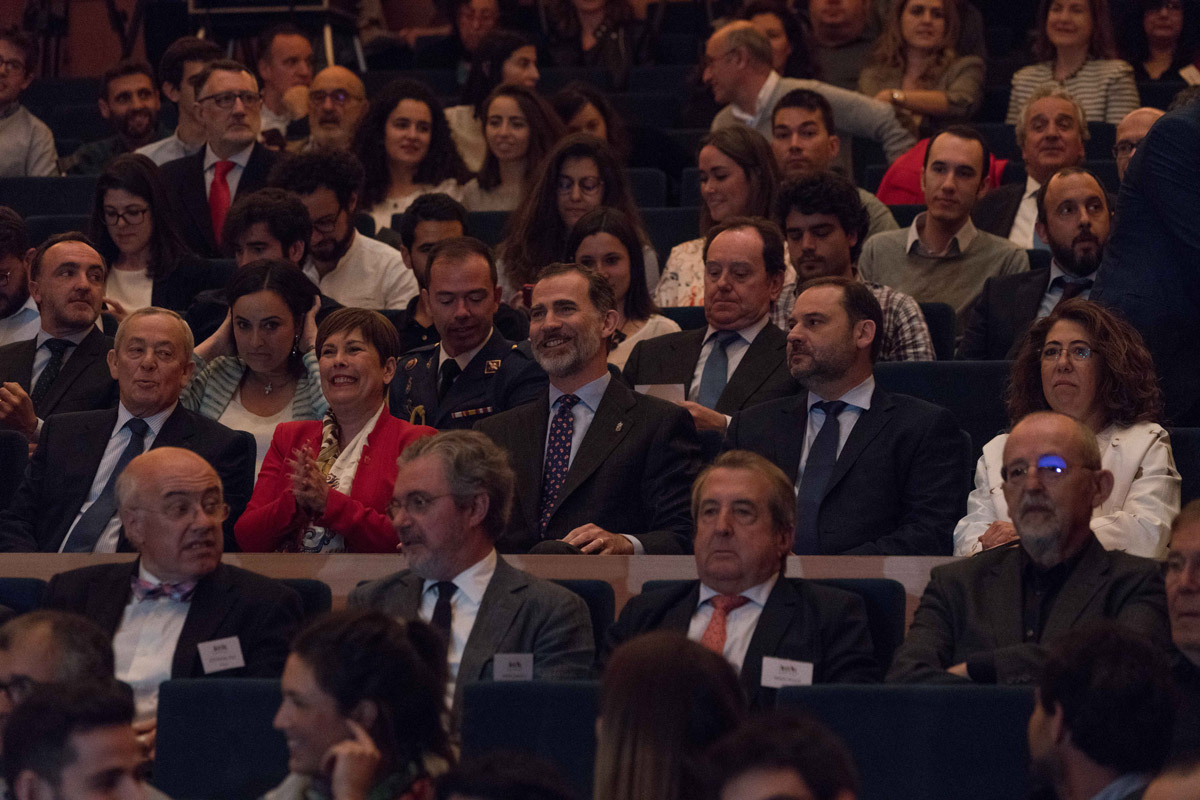 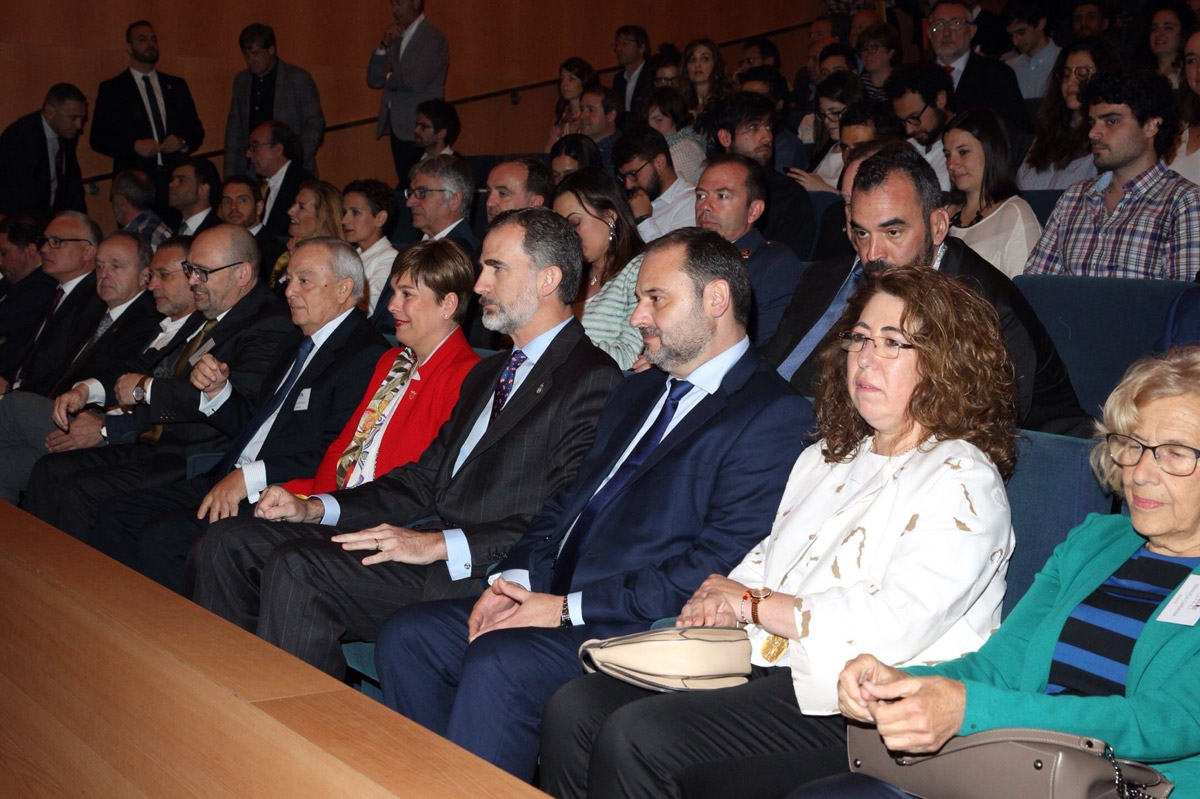 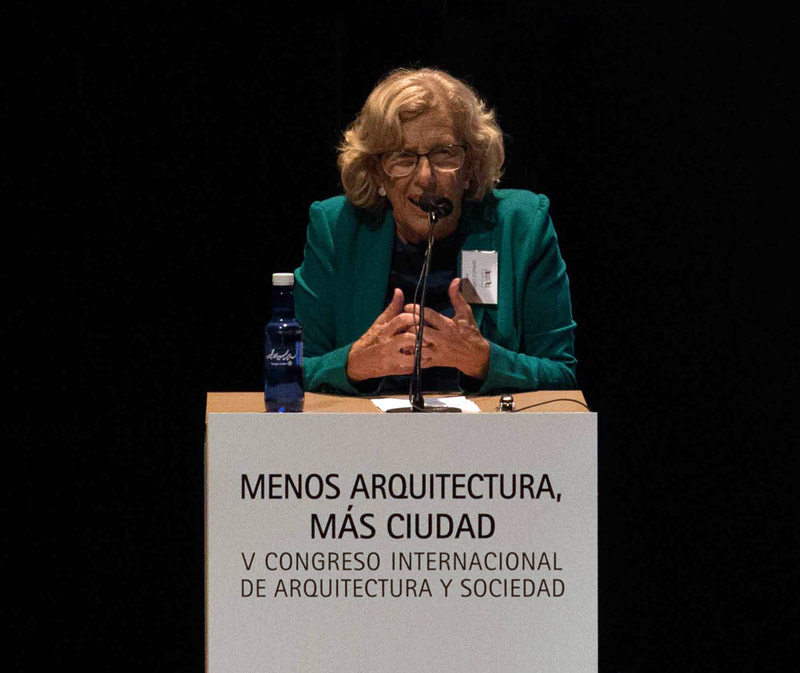 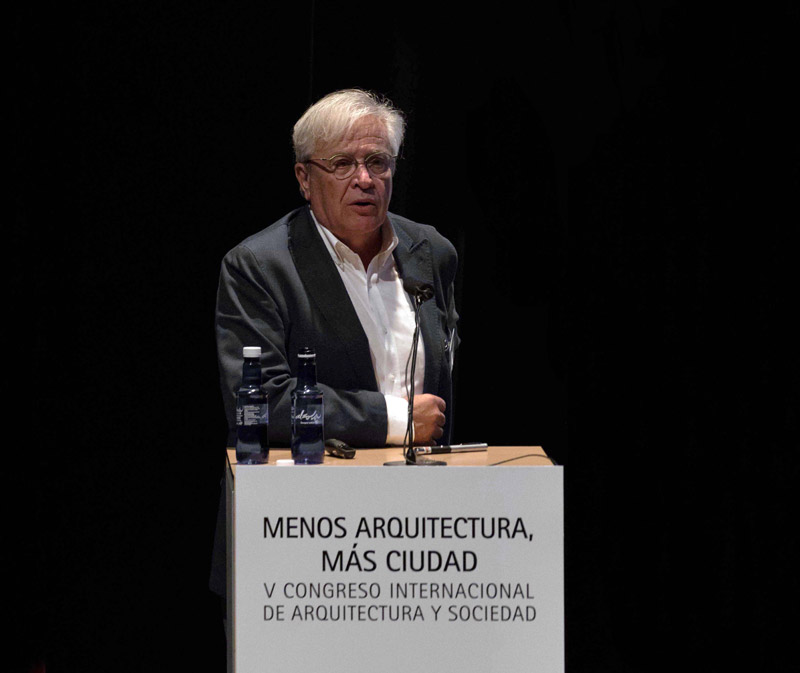 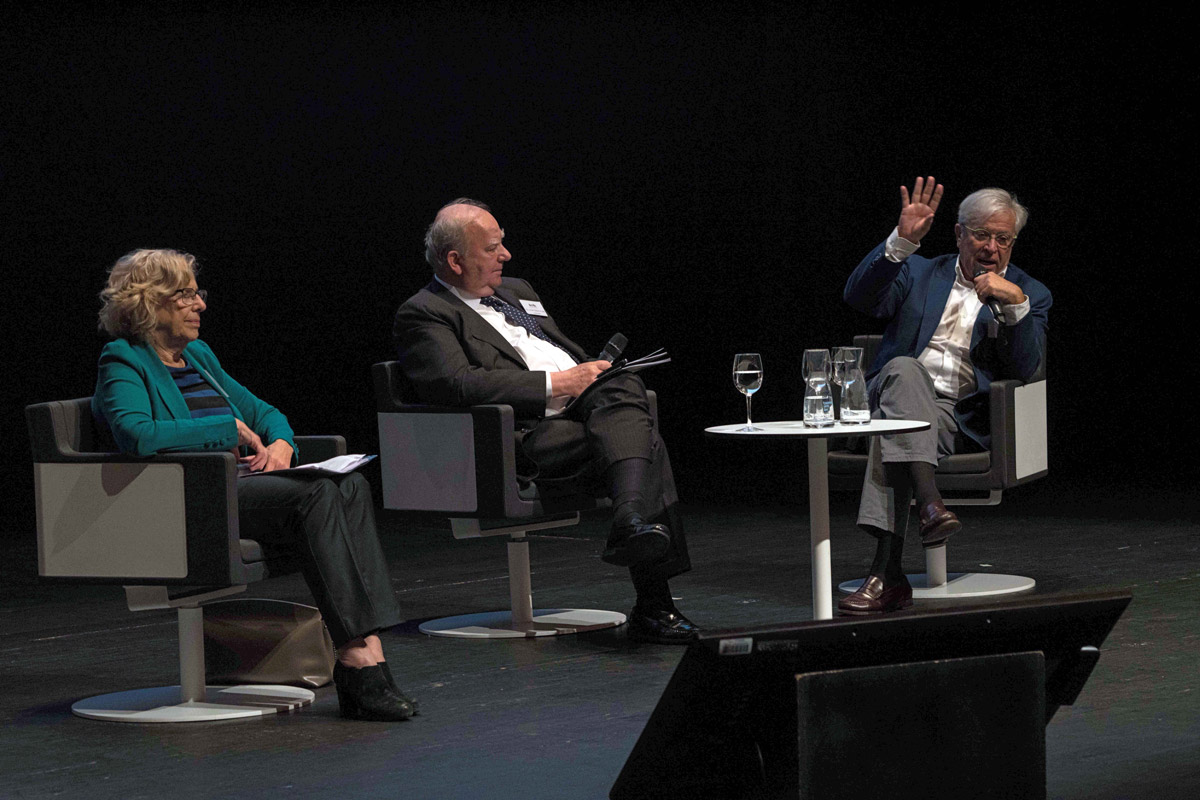 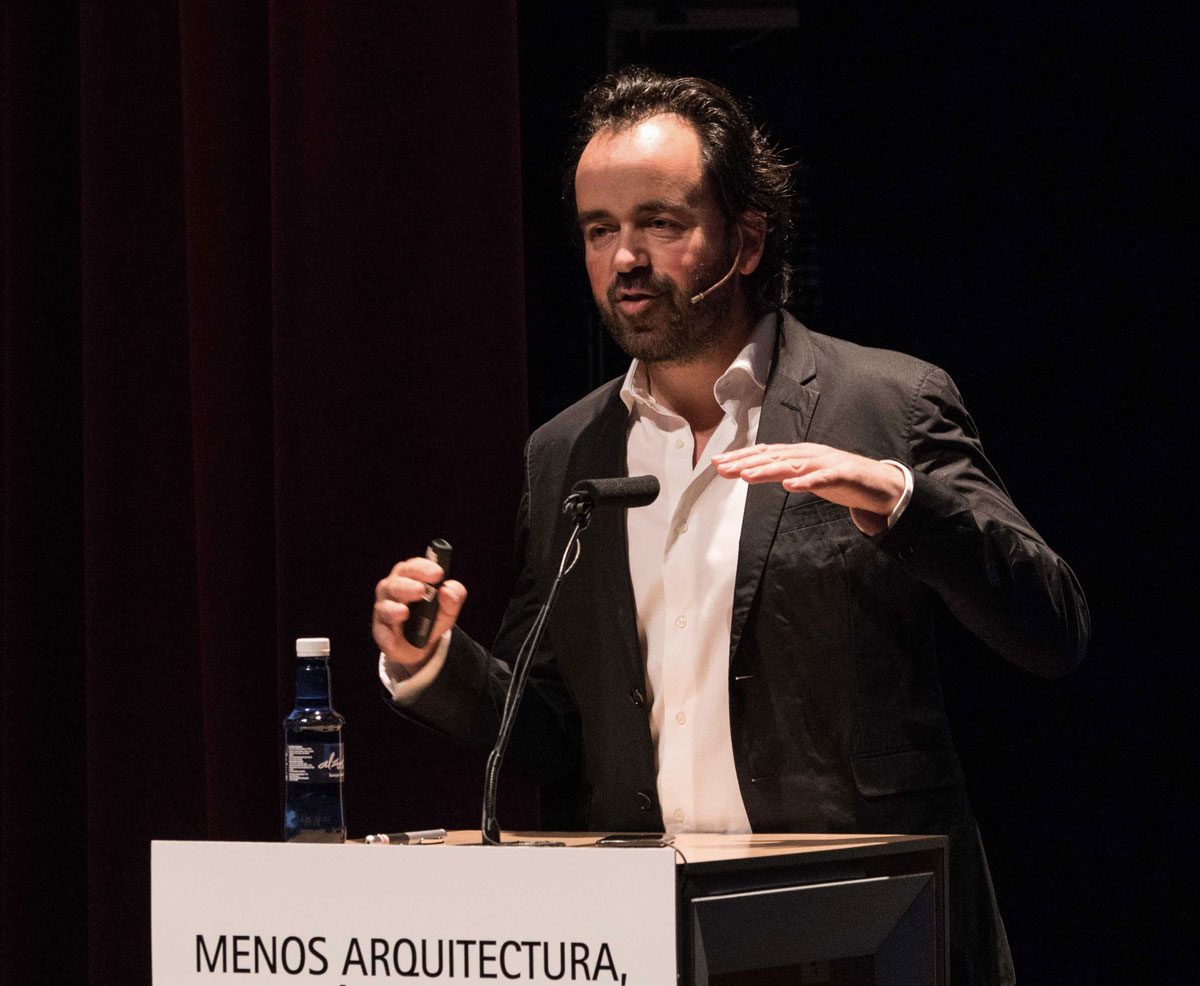 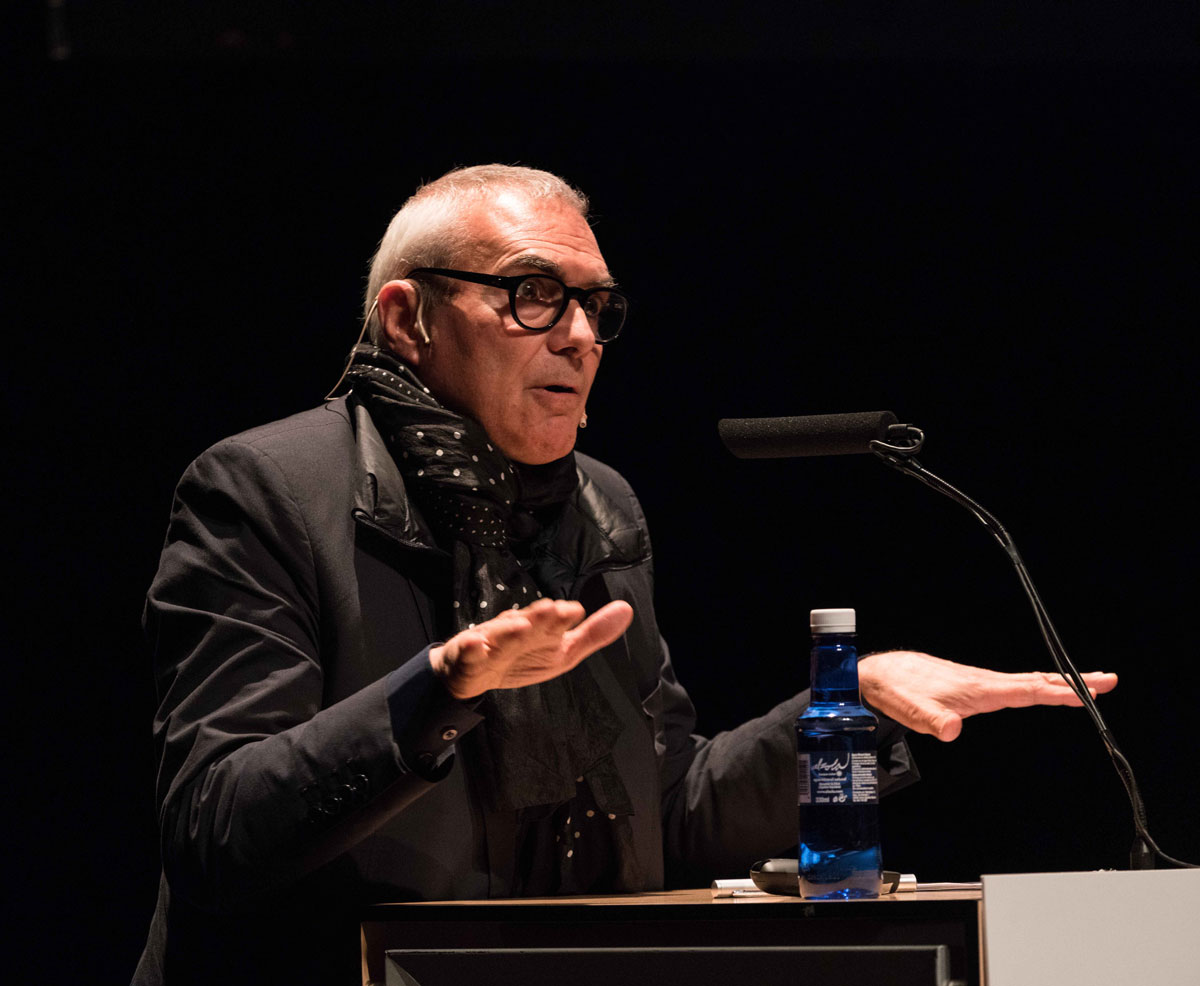 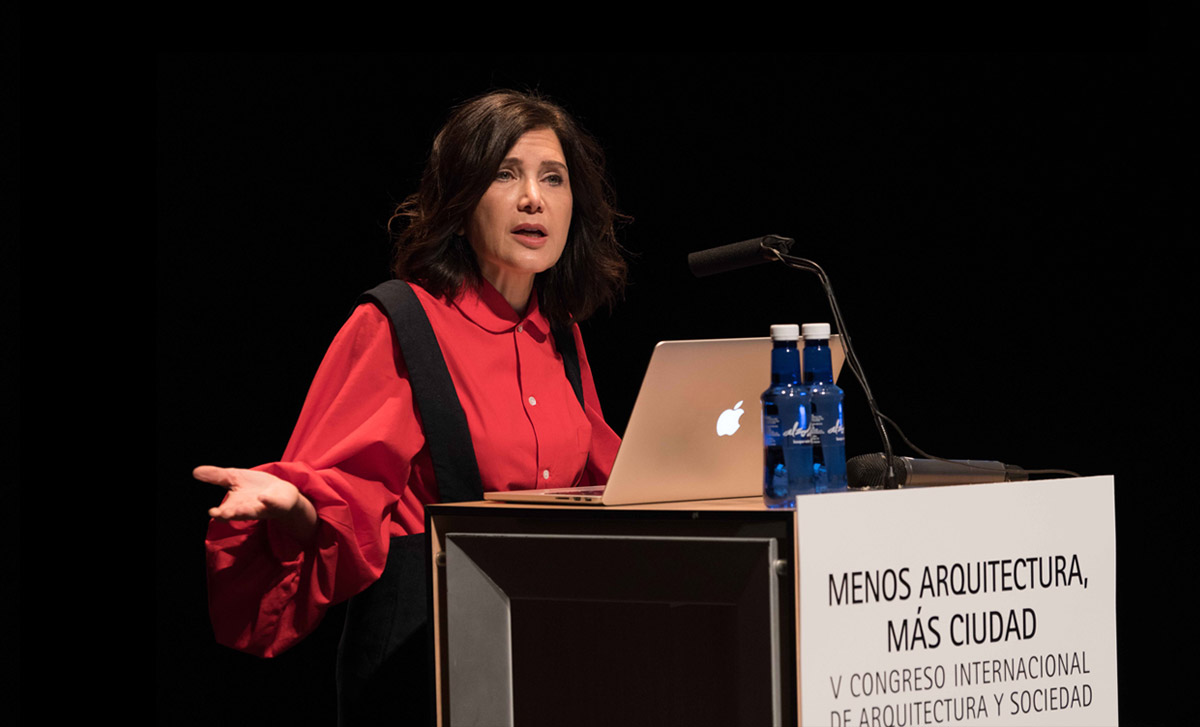 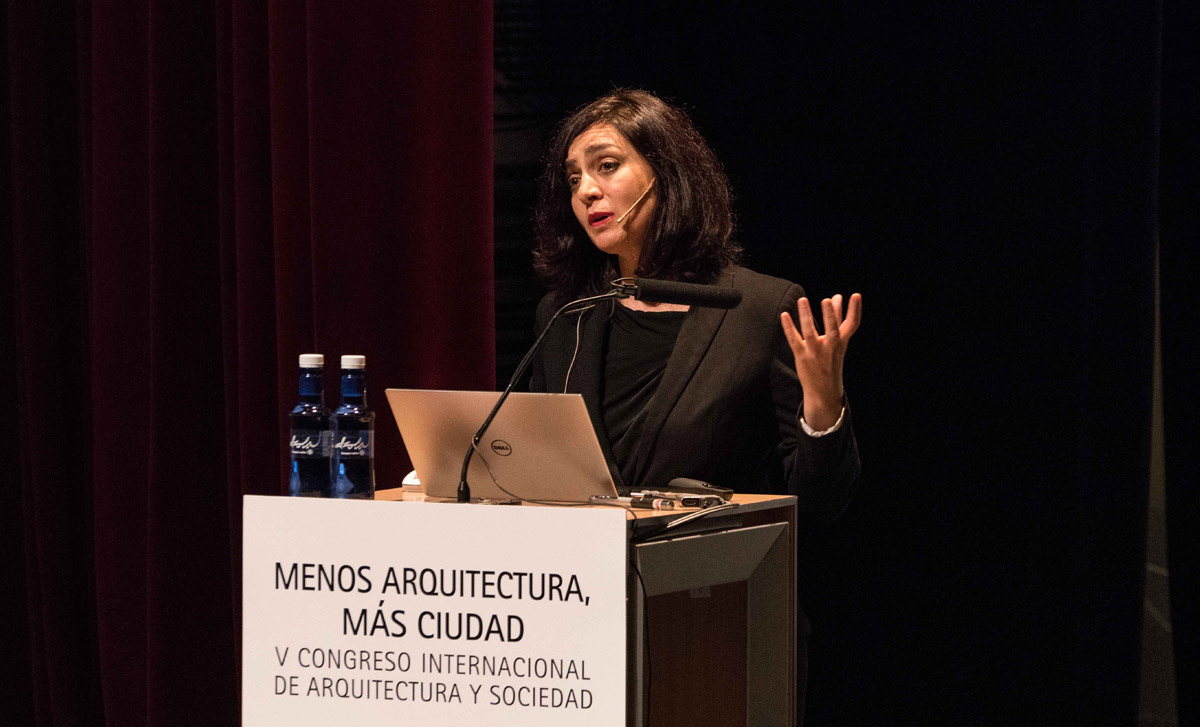 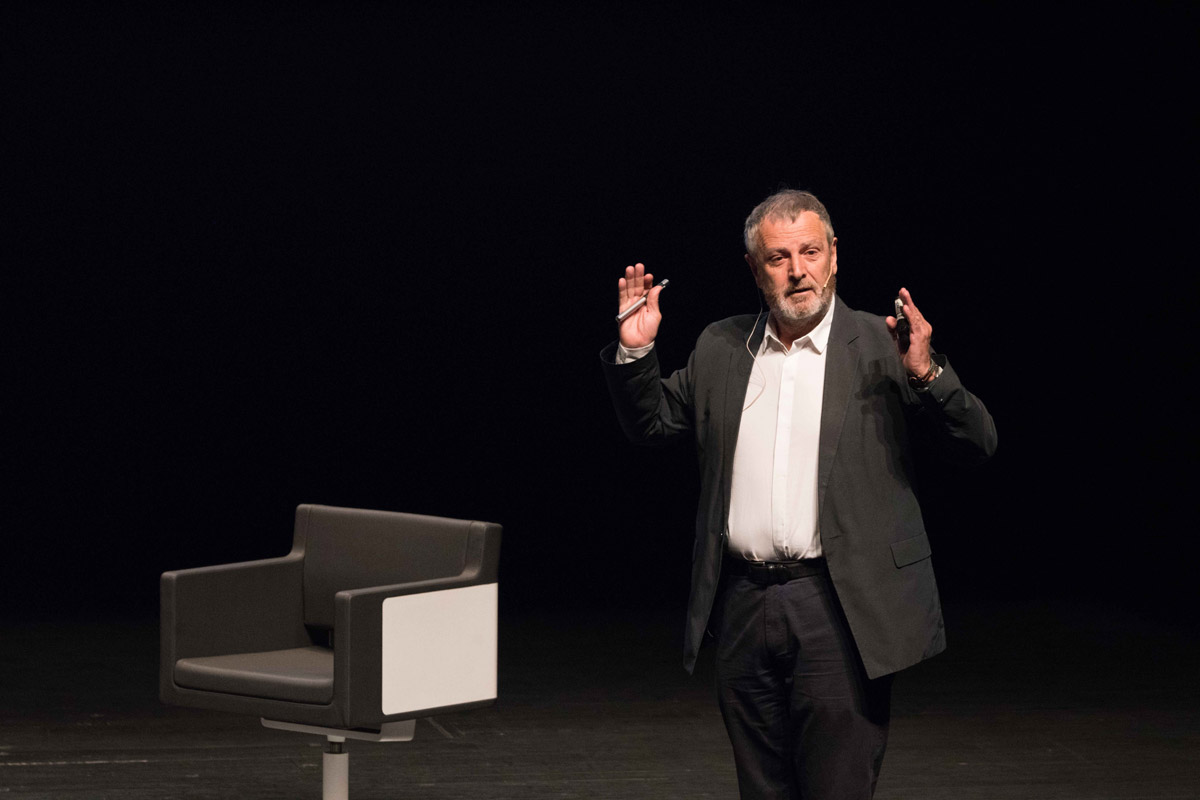 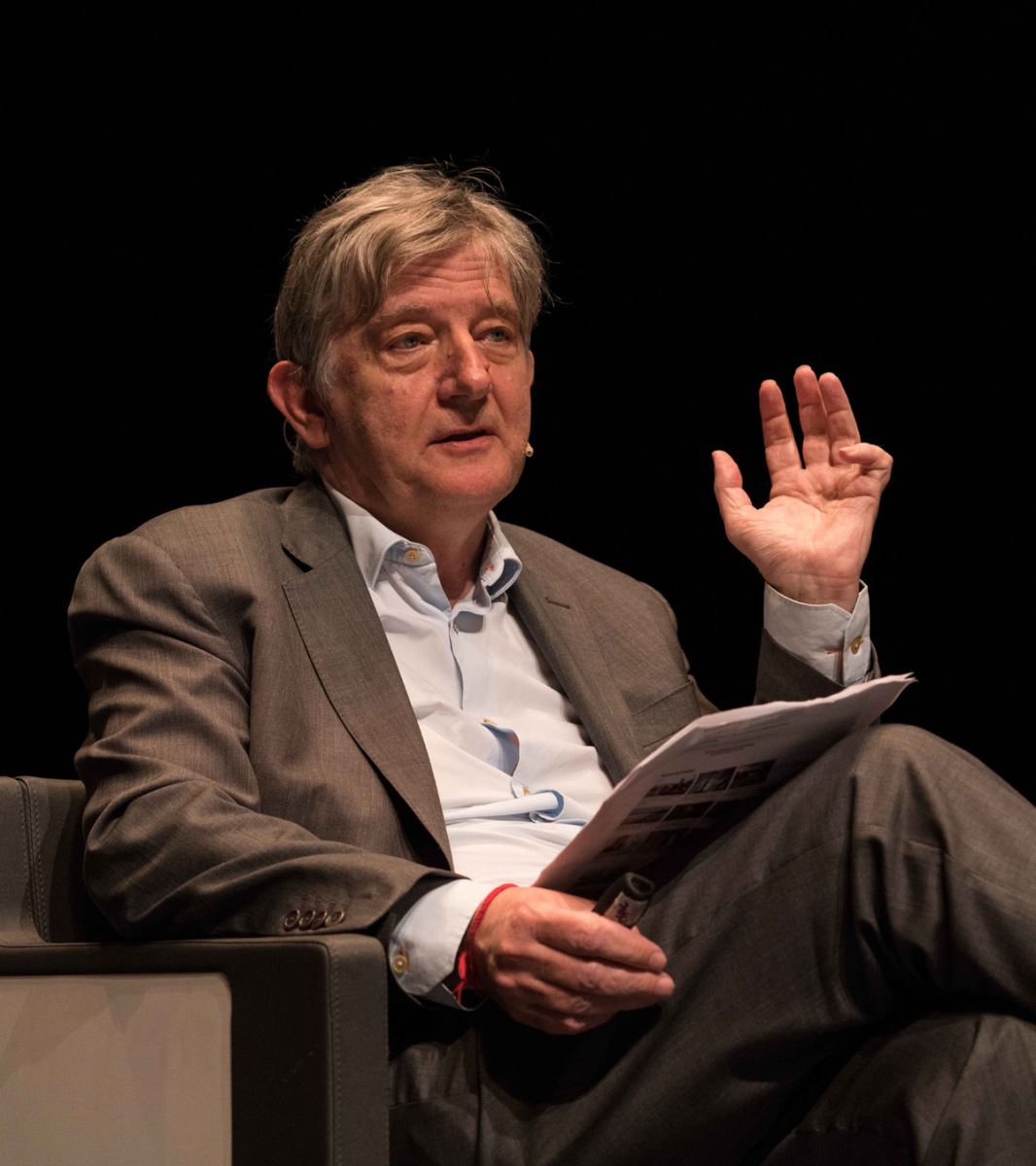 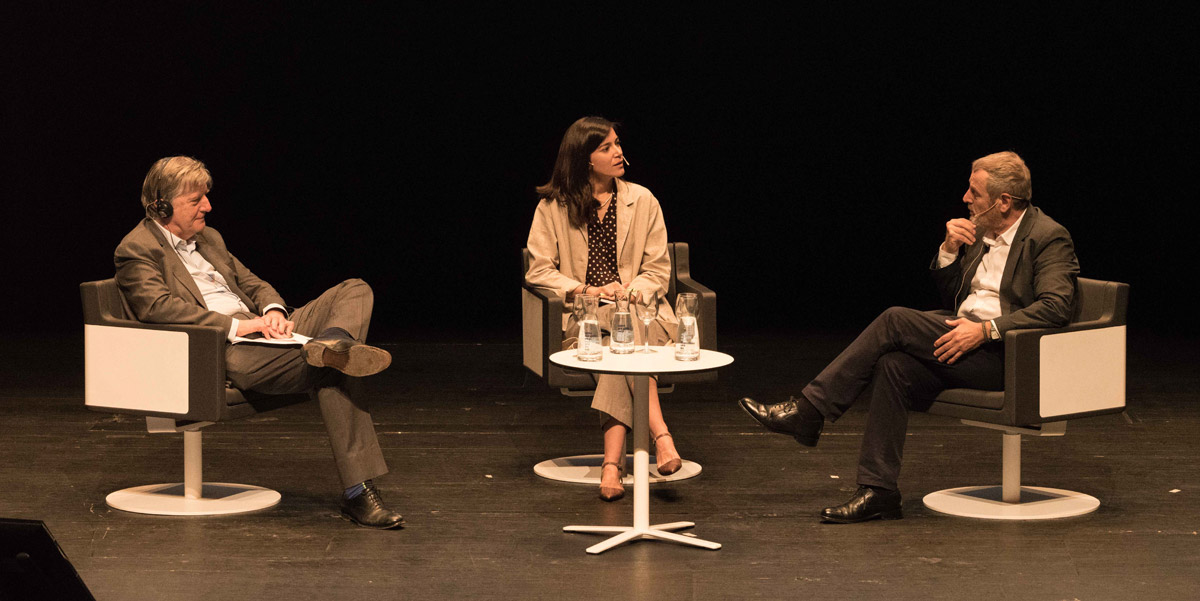 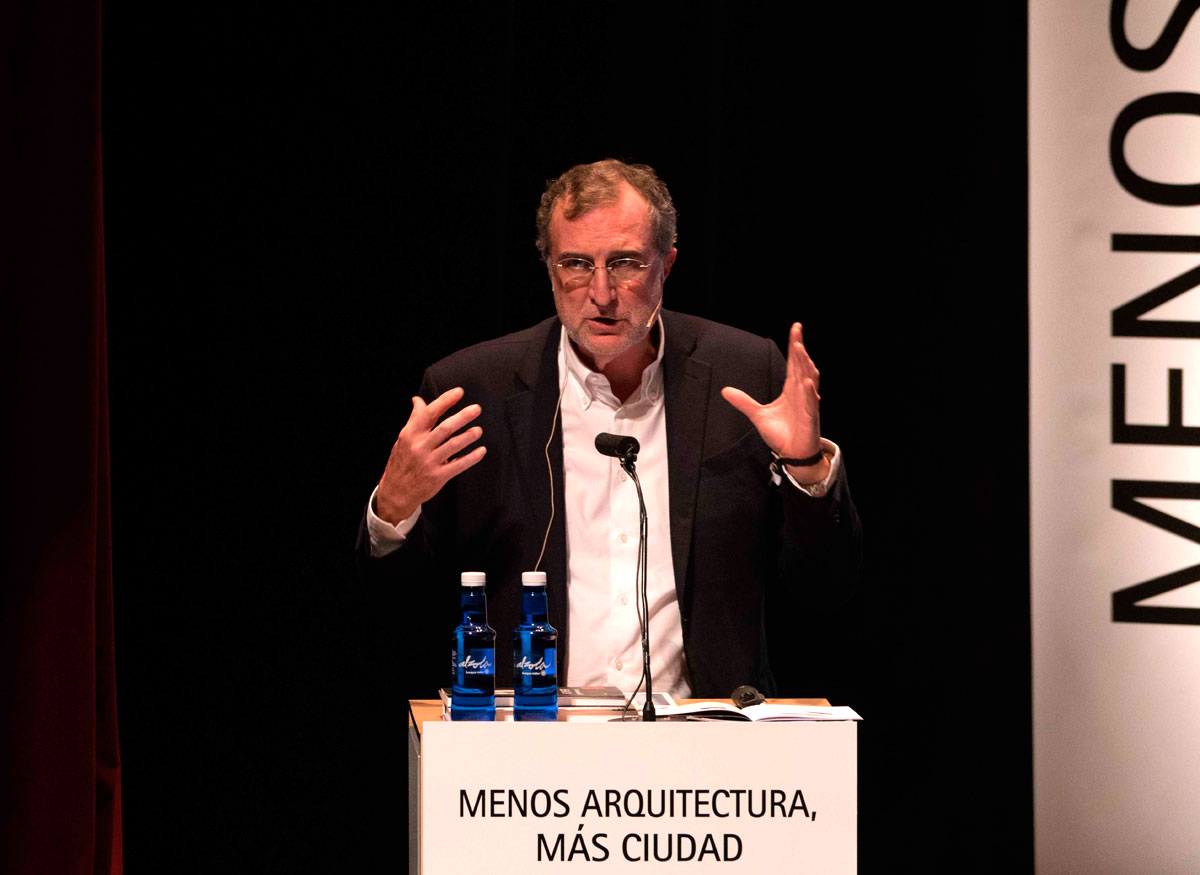 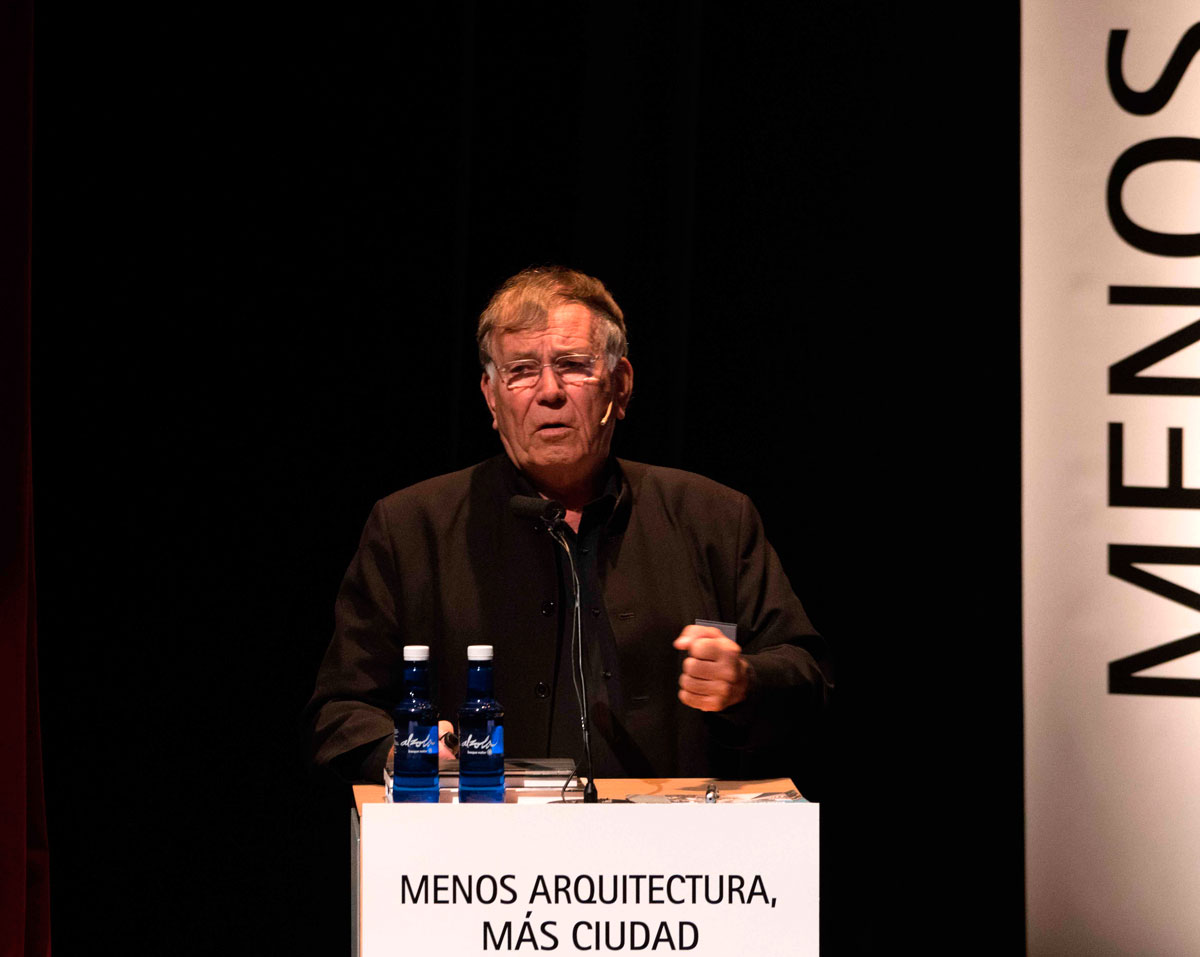 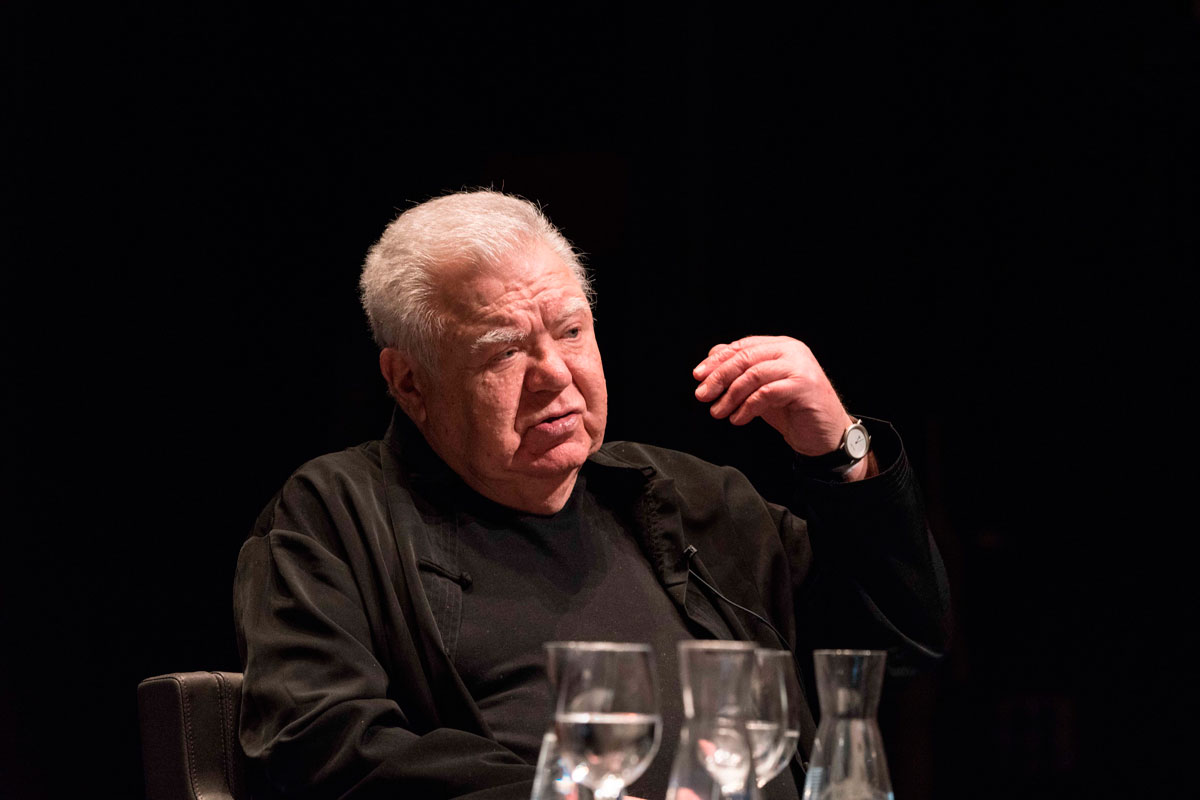 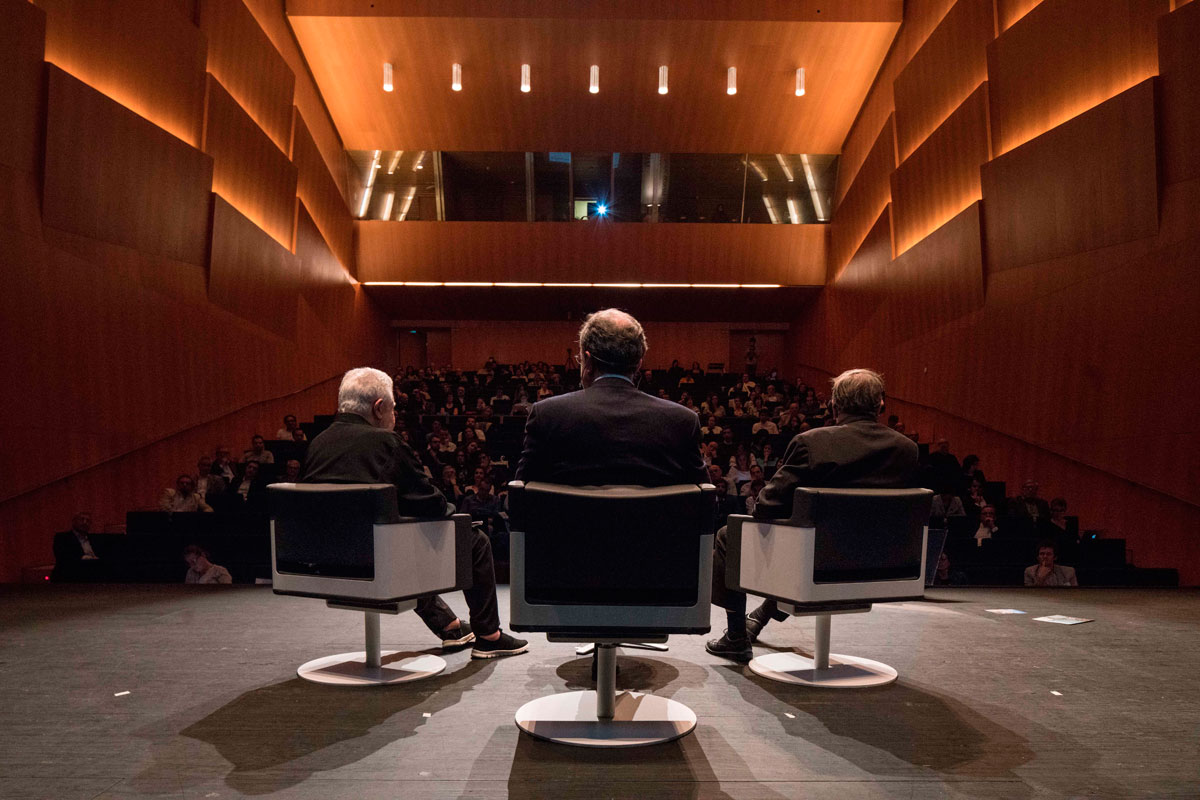 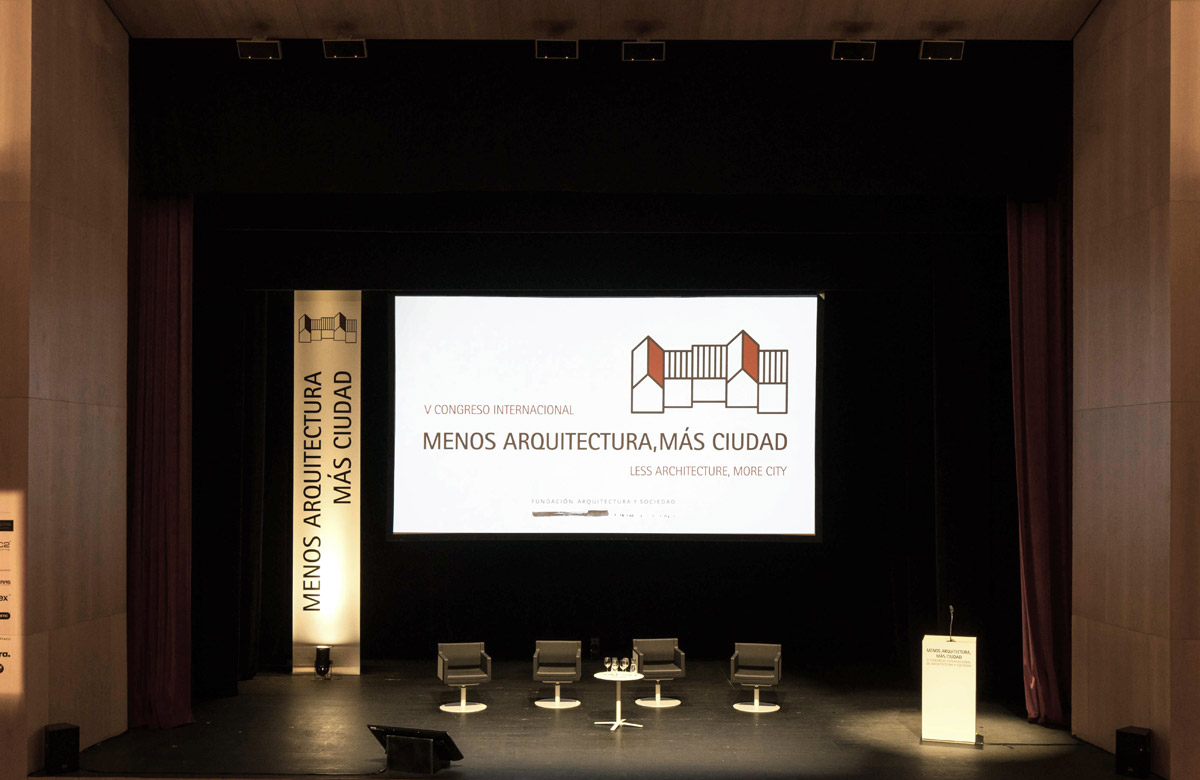 Eduardo Prieto   Energy has become one of the big themes of architecture. Not only because laws, directives, and regulations are increasingly demanding in what concerns standards of comfort and reducing consumption, but also because energy has gone from being a matte

Eduardo Prieto   With the death of its last great architect, Vienna is in mourning. In its prosperous decadence, the city has left far behind its years as a cultural metropolis – times that a Viennese by choice, Karl Kraus, defined as “the last days of Humanity” – bu

Eduardo Prieto   Fortunato Depero was one of the leaders of Italian futurism, but is considered a ‘minor master.’ Crouching in the shadow of Marinetti Balla or Boccioni, scoffed at for his link to fascism, Depero’s fate has been that of the part of the Italian avant-