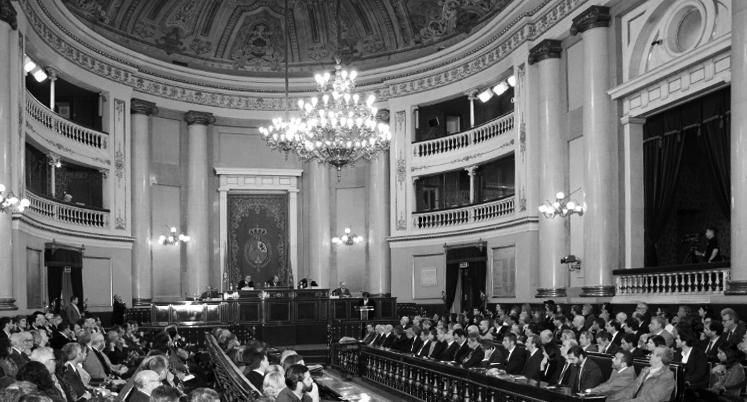 The Consejo Superior de los Colegios de Arquitectos de España (Spanish Association of Architecture Institutes) has given its Medal to the Fundación Arquia, the Fundación Arquitectura y Sociedad, and the ETSAs (schools of architecture) of Madrid and Barcelona. The distinction is presented in recognition of “people or institutions that have contributed significantly with their work and dedication, among other noteworthy merits, to the defense of the interests of architects and Architecture.” Past awardees include eminent personalities like Ricardo Aroca, Pasqual Maragall, Rafael Arias-Salgado Montalvo, Eduardo Mangada, Manuel Ribas Piera, Jaime Duró Pifarré and Manuel de Solá-Morales. The CSCAE acknowledged the role of these two private foundations in the promotion and dissemination of architecture, and at the same time it paid tribute to the two public institutions selected – the architecture schools of the Universidad Politécnica de Madrid (ETSAM) and of the Universidad Politécnica de Cataluña (ETSAB) – considered to be flagships of architectural education in Spain.

Antonio Cruz y Antonio Ortiz The Spanish Association of Architecture Institutes (CSCAE) has given its Gold Medal of 2014 to Antonio Cruz and Antonio Ortiz. This annual prize goes to individuals and institutions whose paths have done much to highlight

Created in 1981, the Gold Medal for Architecture that is given by the Spanish Association of Architecture Institutes (CSCAE) – on this year’s jury of which have sat Juan Navarro Baldeweg, Manuel Gallego, Francisco Jarauta, and Jordi Ludevid – has gon

A ceremony was held on 8 May in Madrid to announce the winners of Archiprix International, an award given biennially to the best graduation projects submitted from architecture schools all over the world. In this edition, coordinated by the Madrid Sc

Alberto Campo Baeza In October, the Spanish Association of Architecture Institutes (CSCAE) gave its most important award, the Gold Medal, to Alberto Campo Baeza, one of the most prominent architects in Spain and also one the country’s most influentia

Following in the wake of other leading Spanish architects, Antonio Ortiz and Antonio Cruz have received the Gold Medal awarded by Spain’s National Association of Architecture Institutes (CSCAE). Since they set up practice in 1970 in Seville to shortl