Under the heading ‘A Humanistic Future’, the final session of the 3rd International Architecture Congress began with the Alicante-born journalist and essayist Vicente Verdú recalling the social and political commitment of architects of the Modern Movement, to go on to assess the new social and cultural challenges that the discipline is called upon to face, especially with the emergence of societies that are rejecting the traditional mediating agents – politicians, intellectuals, professionals – in favor of a model of direct participation, horizontal and immediate. Verdú’s conclusion was that architects have to come down from their old pedestal and become part of these new contexts of liquid and digital societies. Then came one of the most exemplary and emoting conferences of the three-day symposium, given by the master of architects Álvaro Siza, who began with an outlook of pessimism and denouncement against the process of destructionthat the profession is going through, but soon the lecture took on a calm and poetic tone which Portugal’s Pritzker laureate managed to keep up while detailing one of his recent works, the Ibere Camargo Foundation in Portalegre (Brazil). His discourse was illustrated with splendid drawings and photographs taken by himself during visits to the building site, enabling him to give us an insider’s view of the design experience, in the process confessing to the many form- and construction-related doubts he entertained and had to conquer in order to formalize what has in the end come to be a magnificent building. Applause for Siza’s conference was warm and prolonged, after which he and Vicente Verdú engaged in a conversation moderated by Luis Fernández-Galiano. Here the master from Porto reminisced on the intense beginnings of his career as an architect at the service of the self-managed communities that arose in his country in the wake of the Carnation Revolution, emphasizing the differences between that context and today’s, though acknowledging, still with pessimism, the need to resist realities and look to the future with a certain amount of hope. Montse Zamorano 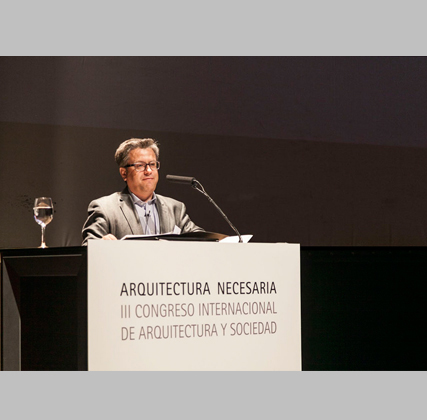 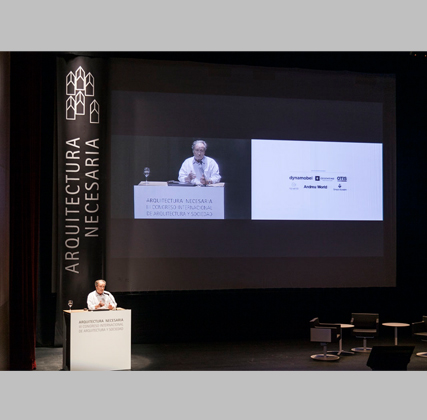 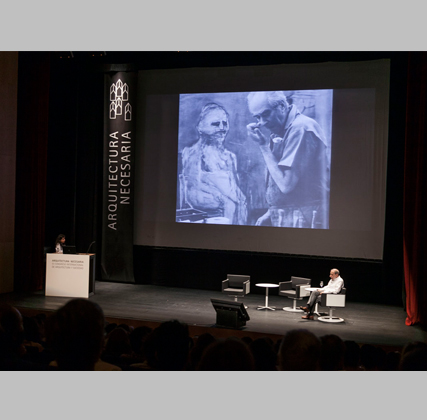 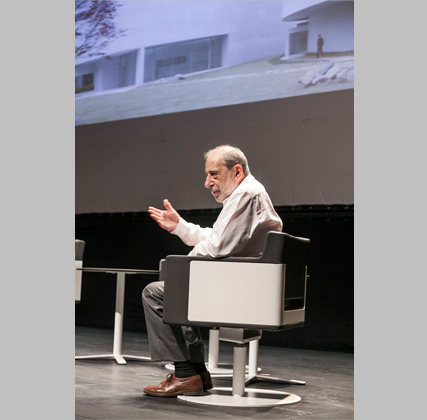 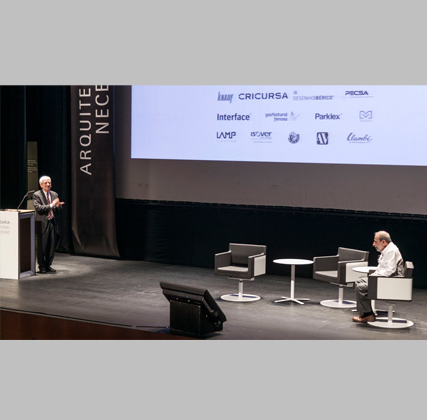 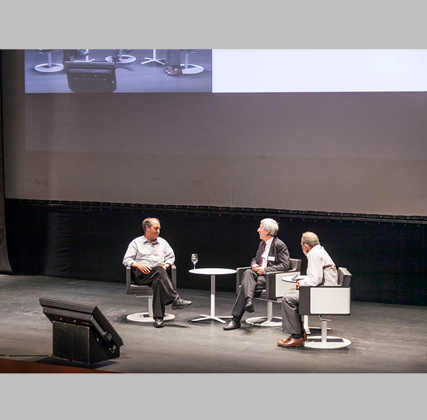 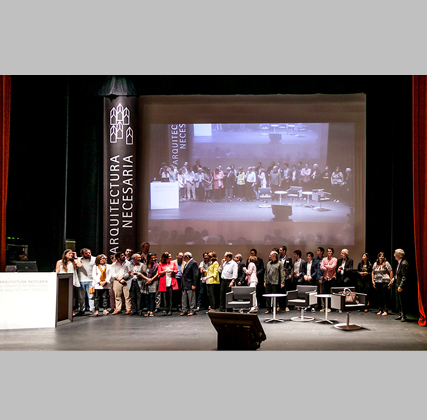 On 13 June, at the Baluarte auditorium and convention center of Pamplona, the Fundación Arquitectura y Sociedad wrapped up its third biennial international congress, closing a series that began in the year 2010 with the motto ‘More for Less’, continu

“Not the old, not the new, but the necessary.” Tatlin’s famous line is the motto of the Fundación Arquitectura y Sociedad’s third international architecture congress in Pamplona, slated for the 11th, 12th, and 13th of June. The two previous events fo

The third international congress organized by the Fundación Arquitectura y Sociedad has begun, again at the Baluarte of Pamplona. If the first two, with the mottoes of ‘More for Less’ and ‘The Common’, focussed on key questions in times of crisis, au

Lacaton & Vassal Aurélien Leroux   French Guiana   The project creates a new complex where the old and new buildings are connected at all levels, making it possible to group most of the program. The structure acts as a support for a vertical garden, which provides a vegetal envelope... [+]