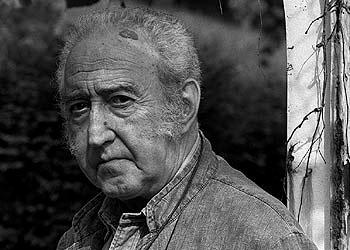 Born in 1926 in Oñate (Guipúzcoa) and graduate from Madrid’s School of Architecture in 1959, Peña Ganchegui is the first Basque to receive the prize of the Spanish Council of Architectural Associations, whose list of awardees includes Alejandro de la Sota, Álvaro Siza or Miguel Fisac. Like many other Basques of the postwar generation, the Guipúzcoa architect turned his love for his native land into the leitmotiv of his professional and academic career, that he continues to date as professor emeritus of San Sebastián’s School of Architecture (founded to a great extent thanks to his efforts) and as member of the studio Peña Ganchegui y Asociados, true to the constructive tradition of the architect. Strongly opposed to modernity and forerunner of a new relationship with vernacular tradition, his oeuvre – aside from some works in Madrid and Barcelona and a house in Riaño (León) – is confined to the Basque Country, and to its capital in particular. In his Plaza del Tenis (1975-1976), prelude to El Peine de los Vientos by Eduardo Chillida, the sea will always be witness to the magic bond between architect and sculptor.

Arqbag   Spain   On a square around which grew the municipality of Vilanova de Meià, in the comarca of La Noguera, Lleida province, the Catalonian firm Arqbag —Jordi Mitjans, Bernat Colomé, Simona Cerri, Alfonso Godoy, Adrià Vilajoana, and Marc Díaz— has turned a bui

Álvaro Siza   Netherlands   The Ceramique Terrein complex occupies a site roughly similar to a section of a circle. Its curved side is defined by a wide boulevard. One of the elements of the project is sited almost parallel to this curve, a linear block of six floors, slightly

Straight to the heart

FOA | Foreign Office Architects   Japan   The city of Yokohama has opened to its waterfront. The past ten years have witnessed the development by the sea of a new district with a congress center, office buildings, hotels and museums which have multiplied at a vertiginous speed on this unstab

Miralles Tagliabue EMBT   Netherlands   Look at a couple of photos, or worse the plan, and the cacophony of forms seems to suggest that in this final work Miralles really went over the top.With scant respect for a fine Neoclassical work, he seems to have produced a building full of twists