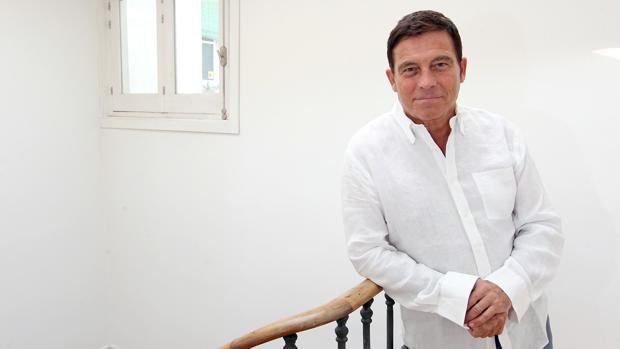 In October, the Spanish Association of Architecture Institutes (CSCAE) gave its most important award, the Gold Medal, to Alberto Campo Baeza, one of the most prominent architects in Spain and also one the country’s most influential professors. Since 1981, the CSCAE gives its Gold Medal to people or institutions that have contributed significantly to the defense of the interests of architecture, or to architects who have carried out relevant work in the field, as was the case, without a doubt, of Campo Baeza. The jury of the Medal – presided by Juan Antonio Ortiz Orueta, with members like Juan Navarro Baldeweg and Francisco Jarauta Marión – praised “the coherence of his career;” a career which brings together “the production of an abstract and rational work, and the attention to the perception of architecture, especially the visual exploration of the created spaces.” Campo Baeza was born in Valladolid in 1946, he has been chair professor at the Madrid School of Architecture (ETSAM), is a member of the Royal Academy of Fine Arts, and has been distinguished with the National Architecture Award and the Tessenow Medal, among other honors.

Alberto Campo Baeza   Spain   A rugged spot in the province of Madrid, outlooking the Sierra de Gredos, was the site chosen by a family to build their house. Renouncing to transform the place into the tame landscape of grass fields common to residential developments, the project

Alberto Campo Baeza   Spain   On the south periphery of Granada, the new headquarters of the Savings Bank will finally gather the offices of this financial institution that were scattered all over the city. As against the variety of shapes that make up the museum of science and t

Madinat al-Zahra Museum  “The museum is a symbol of the ‘convivencia’ evoked by the name Andalusia, and bears testimony that, indeed, Córdoba is the future, not only the past”. With these words the jury of the Aga Khan Awards referred to the Mad

Alberto Campo Baeza Alfonso González Gaisán Francisco Blanco Pablo Fernández Lorenzo Pablo Redondo Díez   Spain   A plot across from the Romanesque Cathedral of Zamora was the place chosen for the construction of the headquarters of the Advisory Board of the regional government of Castilla y León. The competition held produced a winning proposal that stems from